"WHAT the hell kinda car is that?” comes a bemused voice from the footpath, directed at Jeff Rubin, who sits at the lights behind the wheel of his pro touring-styled LX Torana.

The hatch, with its audacious spoilers and flares, is one of the most legendary and instantly recognisable Australian muscle cars ever built, but that counts for nothing in Southern California.

Here in sunny Huntington Beach – American hot rodding heartland – Jeff’s Torana is more exotic than even the most desirable and expensive European unobtanium. As we shadow it in our hire car along the beachfront strip, I can’t help but grin with an unmistakable sense of Aussie pride as the Torry continues to snap necks and generate an unrelenting succession of drop-jawed gawks.

As we pull in to the tollgates to access the beachfront carpark, the attendant in the booth is bewildered. We’re pretty sure Jeff’s Torana is the only right hook vehicle she’s ever laid eyes on, and she’s baffled by the logistics involved in completing the transaction when he appears to be operating the vehicle from “the wrong side”.

We park up at Huntington Beach and begin snapping away at the Torana when a ranger approaches in a rather official looking vehicle. We’re expecting to get booted out or maybe even ticketed for taking up multiple parking spaces, but like everyone else, he’s only curious as to the origins of the mysterious machine.

“Wow, that’s a cool car – is it a Capri?” he enquires. Jeff grins and says: “It’s a Holden. It’s from Australia.” The ranger nods his approval: “Well, whatever it is, it’s really cool. Have a nice day, guys.”

Jeff reckons that’s pretty typical of the response the Torana generates from locals. “Nobody knows what the car is, and being right-hand drive freaks a lot of people out,” he says. “I’ve been asked if it’s a Vega, a Nova, a Monza, a Ford, ‘one of those cars from Mad Max’, if it’s German, European, Japanese; anything you can think of. A few people look at the licence plate and ask if it’s Australian, but for the most part it’s just bewilderment. The one thing that never changes is that everyone who sees it, loves it. Ford, Chevy, Chrysler and import guys all get a kick out of it, and I really enjoy that.”

Jeff works in the import/export business with a Melbourne-based business partner, shipping cars, parts, bikes and boats back and forth from Cali to Victoria. During his first trip Down Under in 1998, he bought himself a Valiant Charger and shipped it home to California, but he spotted a beflared Torana hatchback and knew he had to have one. “I was a Mopar guy at the time, but I’d seen Toranas in Australian magazines that my mate had brought over to the States, so I was somewhat familiar with them and I knew about Bathurst, but I just thought they were the best looking car out there. During another trip in February 2000 I found the right car at the Berwick Swap Meet, bought it, and shipped it home.”

The Torana was by no means the last Aussie car Jeff has sent stateside – there’s also been an R/T Charger mock-up among a handful of other Chargers, two other Toranas, a couple of Valiant coupés, a Valiant ute, a couple of Falcon utes – but the hatch has stuck around for the duration.

It was powered by a 253/four-speed combo, and after finally convincing the Californian DMV that a Holden Torana actually existed and he should be allowed to register it, Jeff cruised it around in that guise for many years. He built up a large cache of spares for the little Aussie V8, and it served him well until the bug for more grunt eventually bit hard. And if LS conversions have become popular in Australia, they are almost routine by comparison in the States, so that was the obvious solution.

Jeff yanked the 253 and sourced a Camaro donor car for the LS1 engine, six-speed gearbox and wiring loom, and got to work making up his own engine mounts, transmission crossmember and headers for the conversion, as well as a side-exit exhaust system with Spintech mufflers for a real Group C touring car look (not to mention a truly delightful exhaust note).

He then dissected the Camaro loom wire-by-wire and integrated it with the standard Torana wiring, and all the gauges in the factory SS Torana cluster work a treat. Intent on spending a fair bit of time in the driver’s seat, Jeff also added such modern niceties as fast glass, a comprehensive stereo system and air-conditioning to fend off the fierce Californian heat.

America was the birthplace of the pro touring movement, and Jeff enjoys the idea of a fast car that is comfortable to drive and performs as well under brakes and through the twisties as it does in a straight line. So he equipped the hatch with a set of mammoth ex-AMG S55 stoppers, fabricating his own brackets and mounts to accommodate the 360mm rotors and eight-piston Brembo calipers up front and the 330mm rotors and four-piston Brembos out back. Yep, that ought to do it.

The car came from Australia already equipped with lowered Pedders coils, but Jeff gave the suspension a birthday at the time of the conversion with a set of Bilstein shocks and modified adjustable sway bars. Rear upper trailing arms are adjustable Edelbrock items, while the lowers are boxed stockers.

“It’s really nice to drive and I spend a lot of time in it,” Jeff says. “I get along to local cruise nights and I use the car regularly just for running errands to the bank and the post office; I drive it everywhere. I wanted a nice car that had all the amenities but would still go, handle and pull up really well, and that’s exactly how it turned out.”

Jeff has plans to have the Torana dyno-tuned and punt it around a track, and a fresh lick of paint is also on the cards. But for now, he’s content to proudly cruise Cali in his very own piece of Aussie muscle car history, and we reckon that’s pretty damned cool. 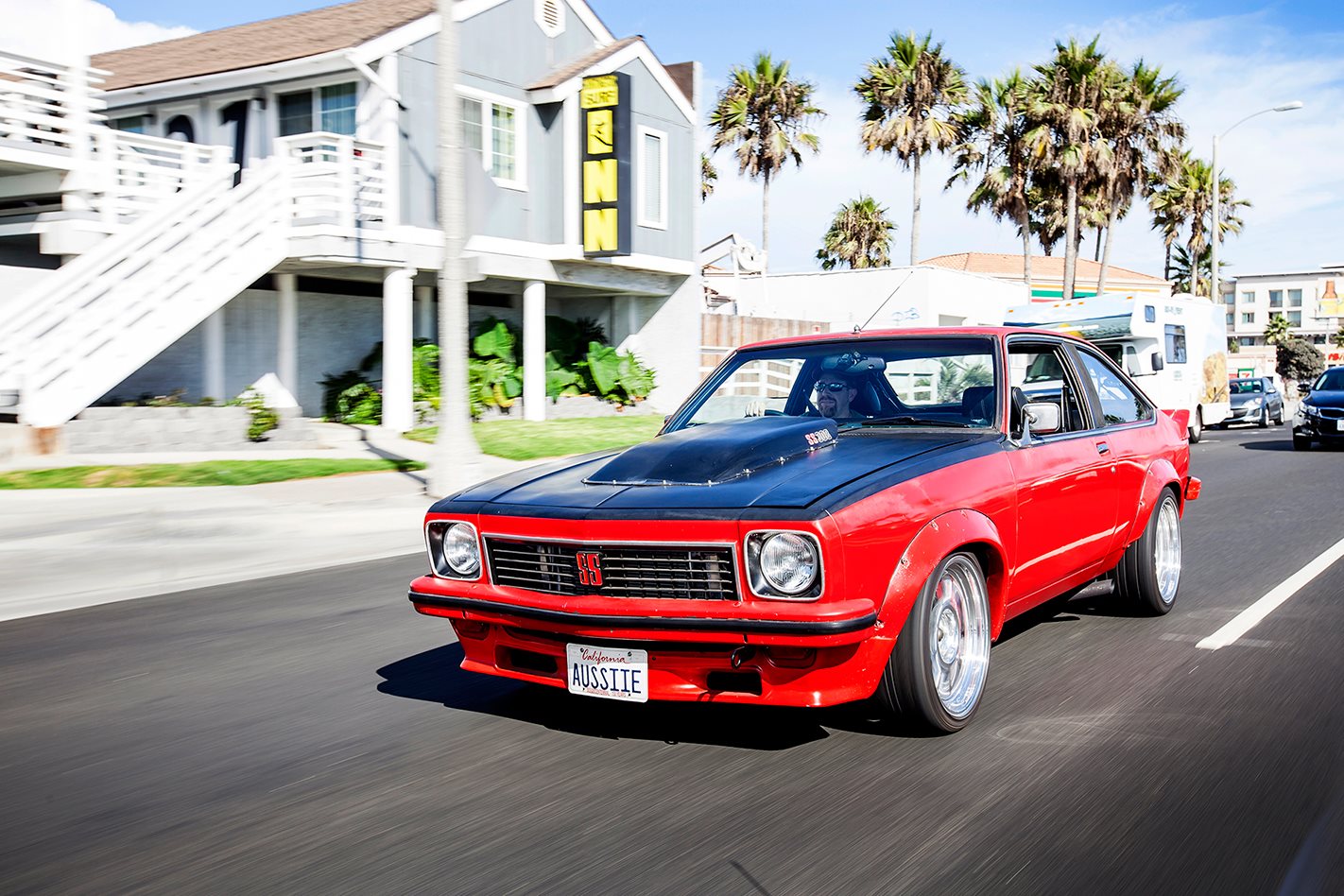 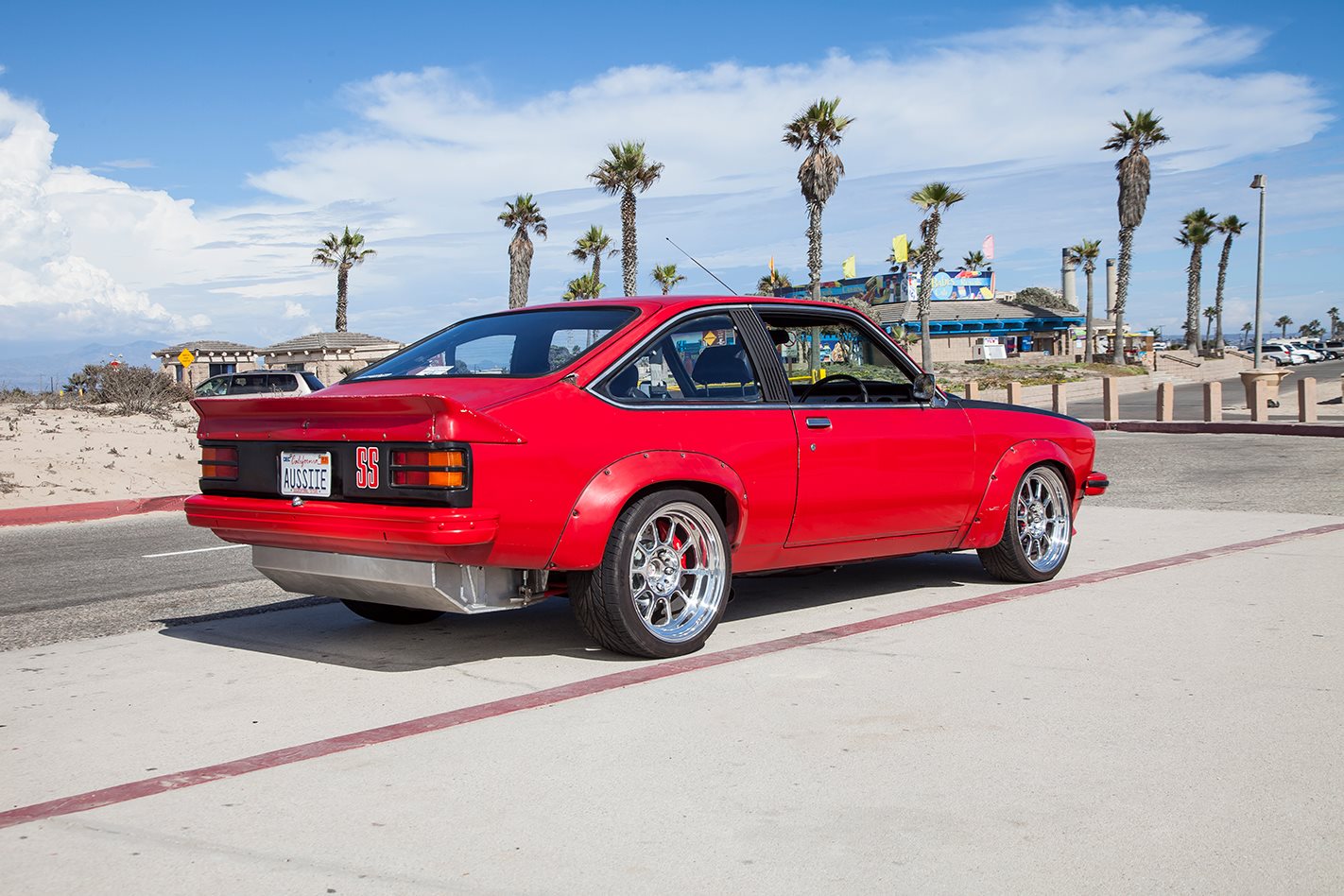 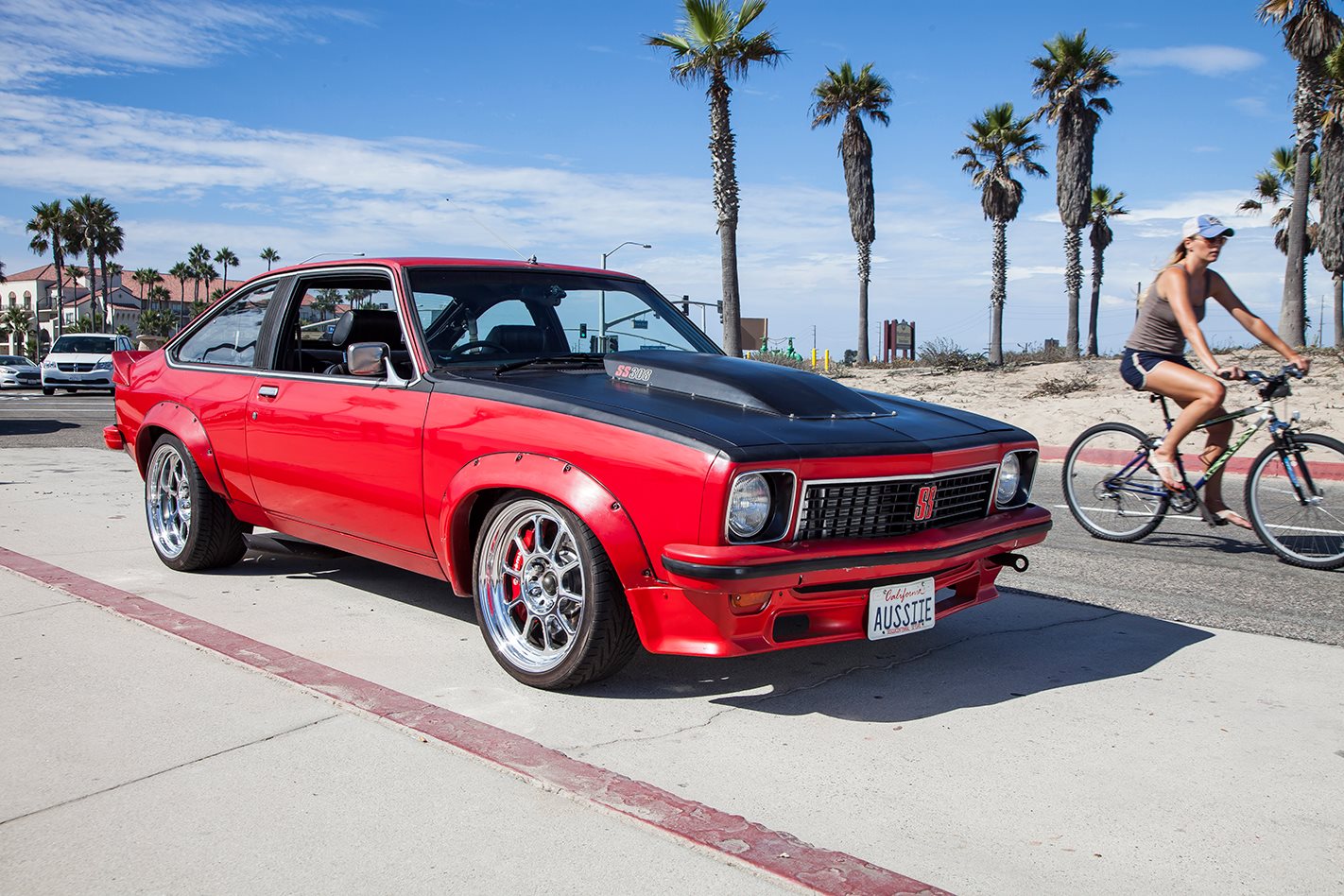 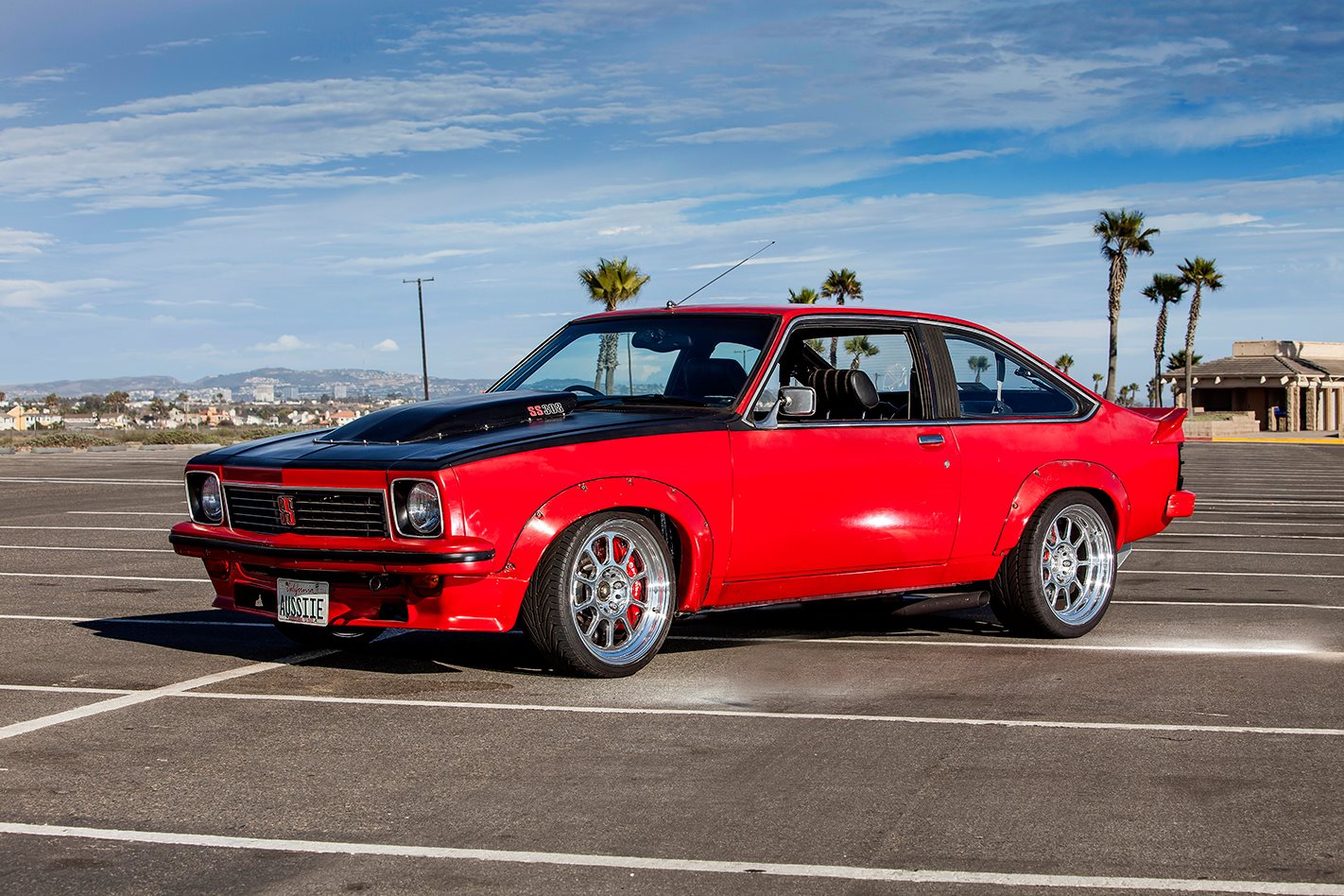 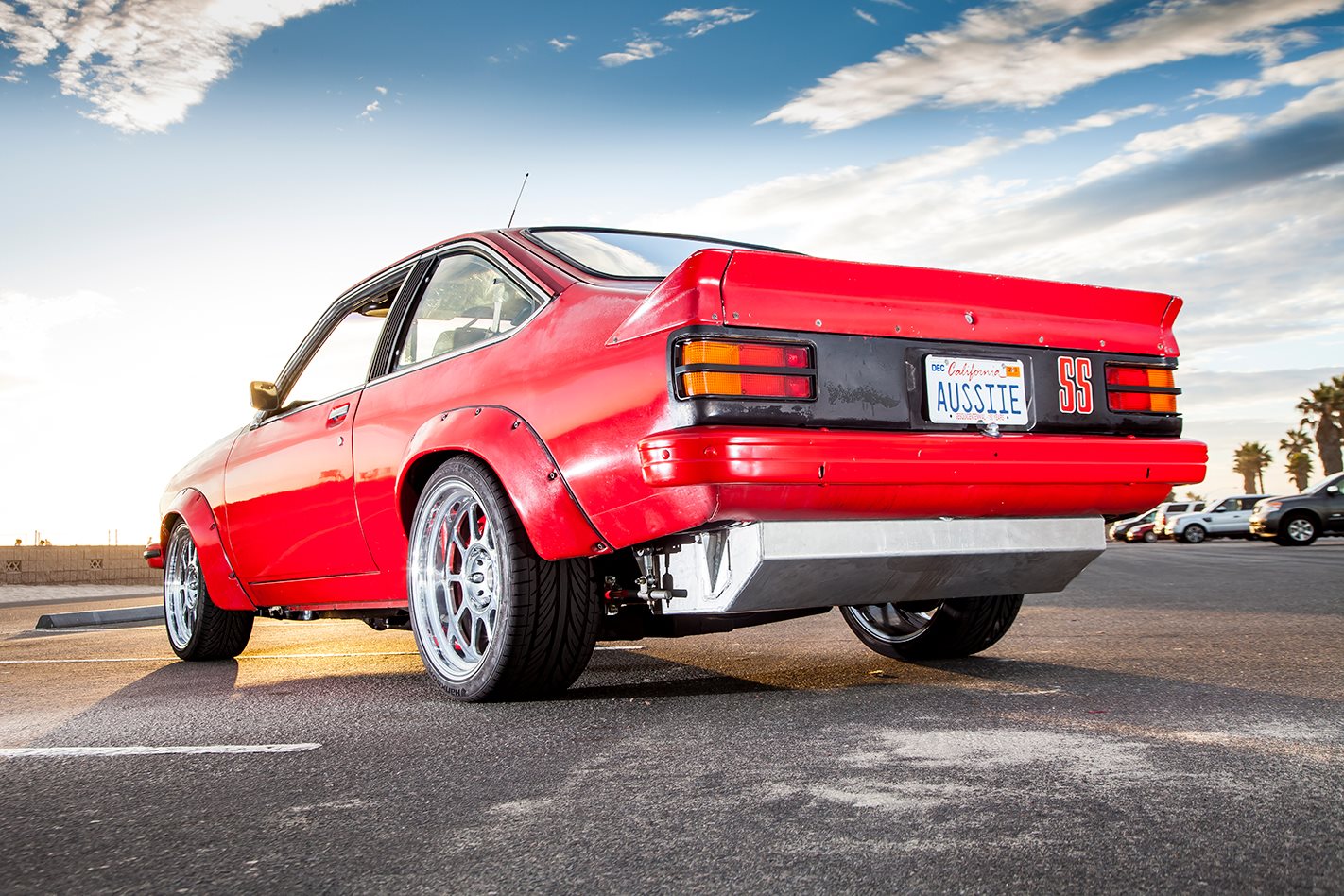 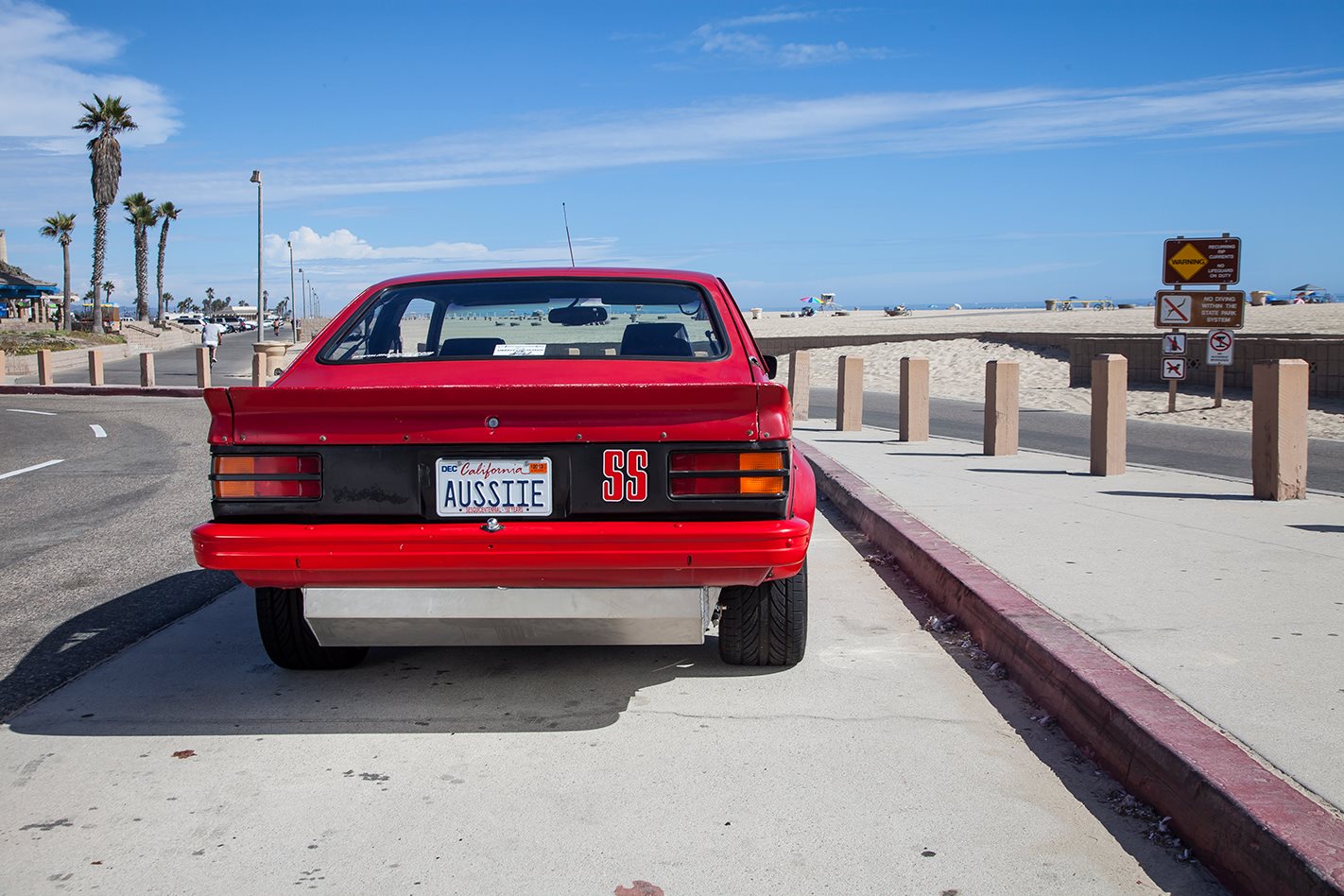 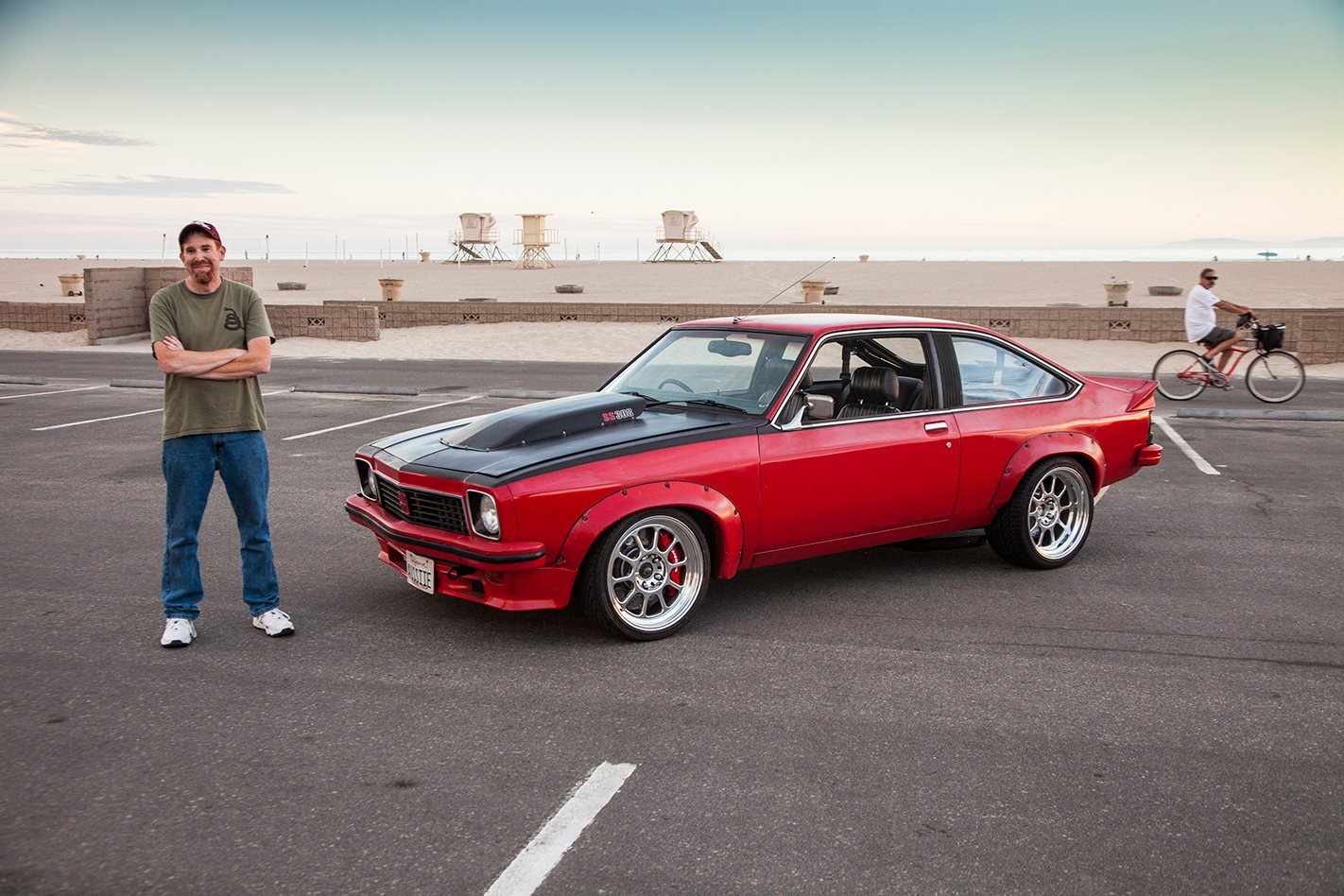 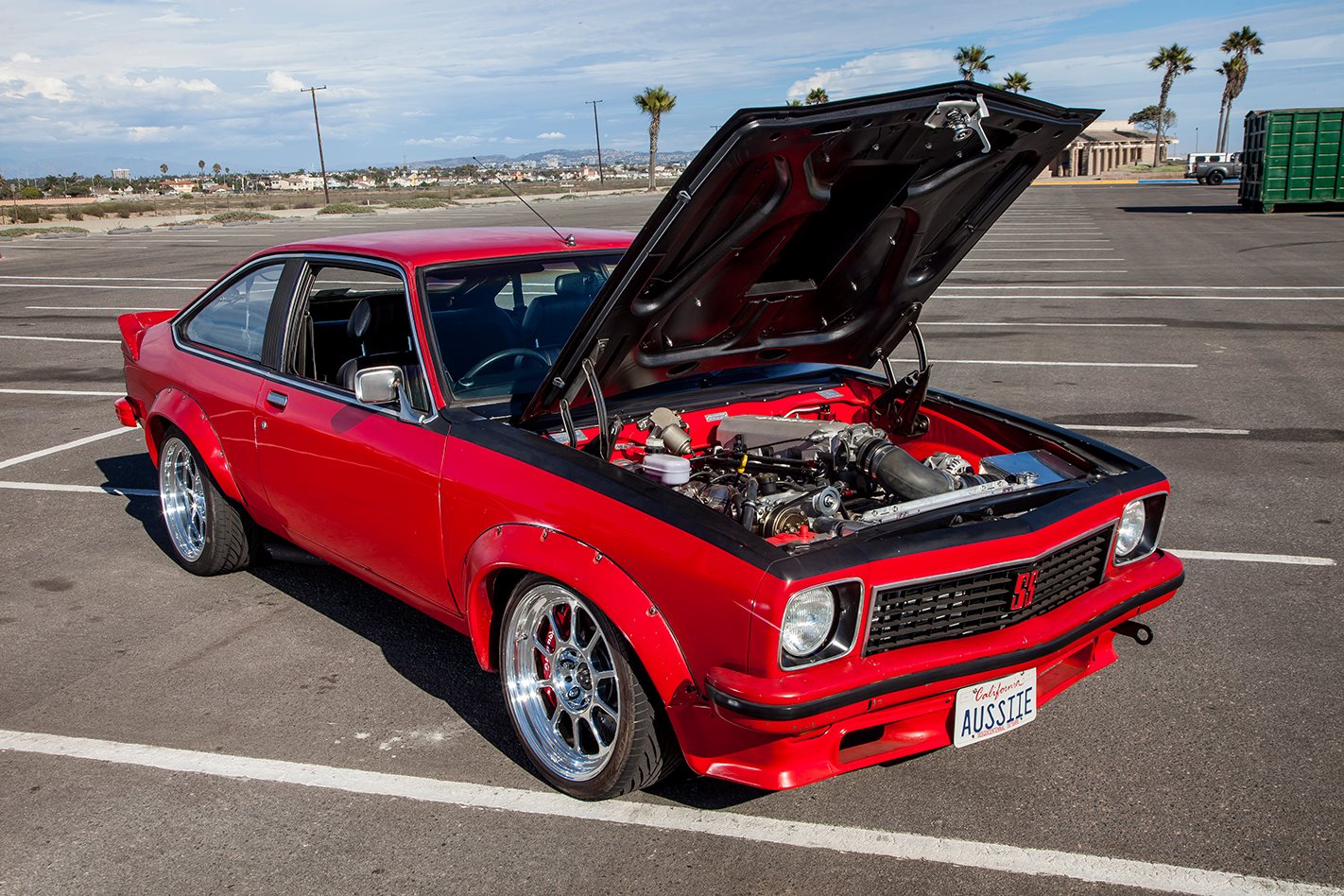 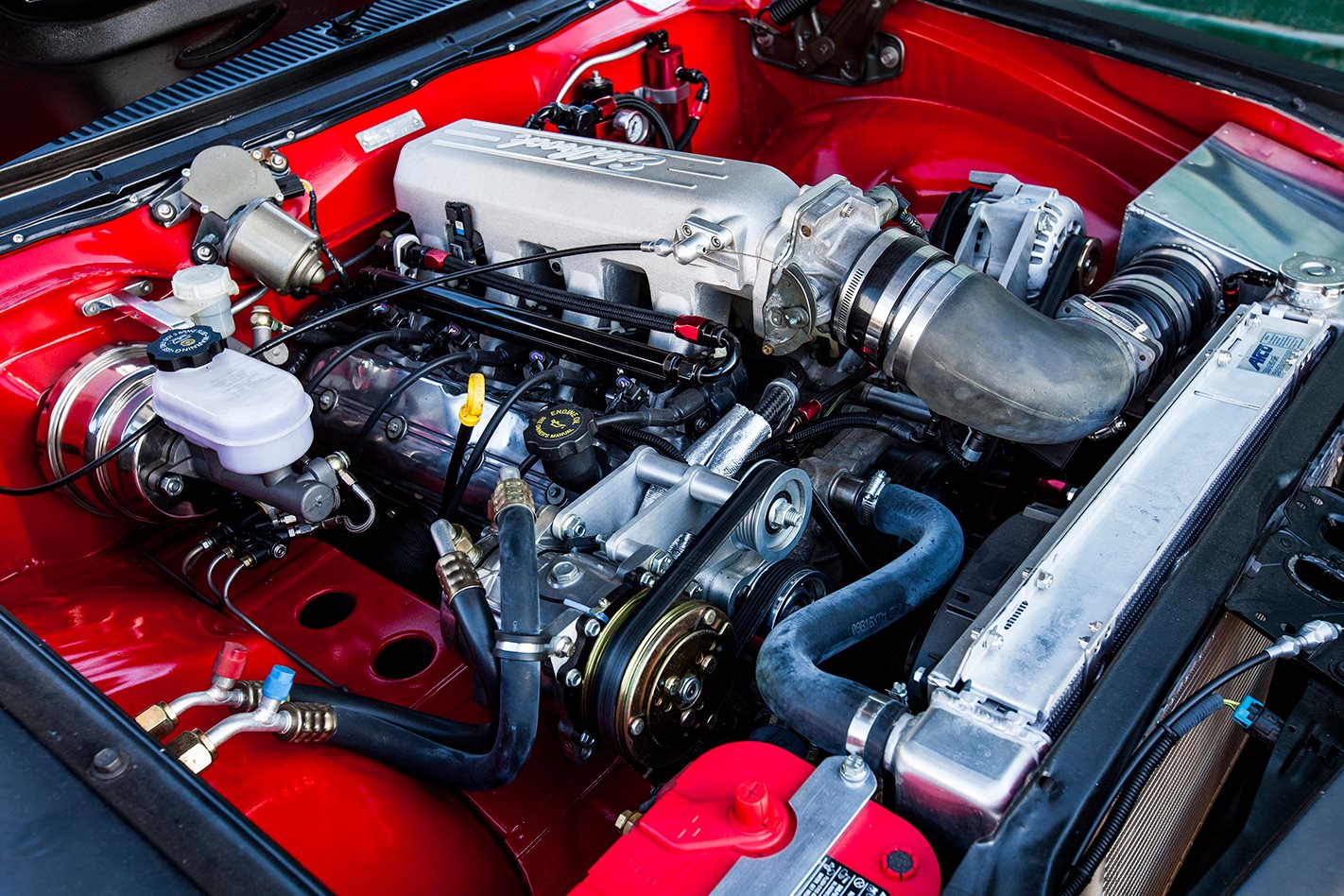 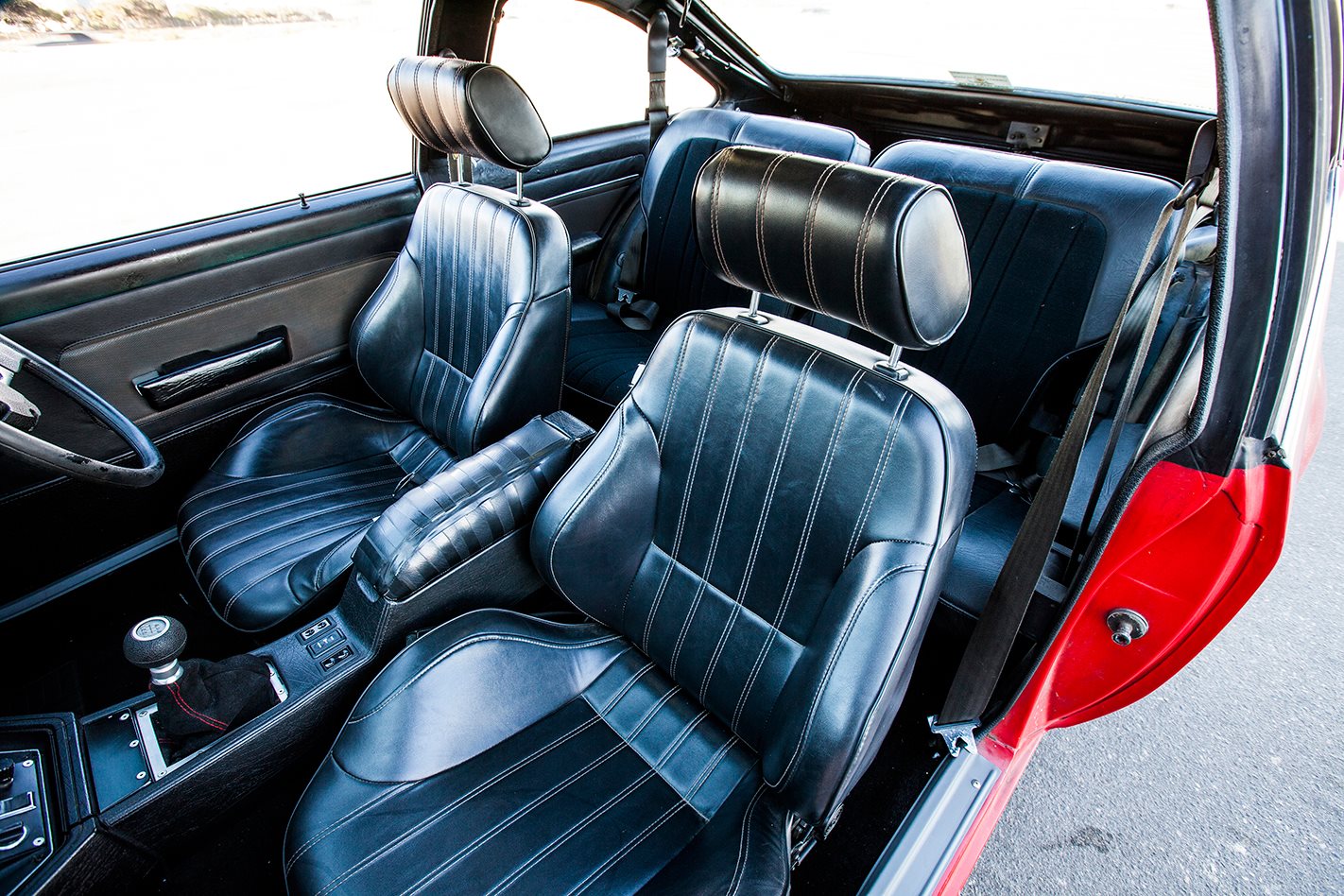 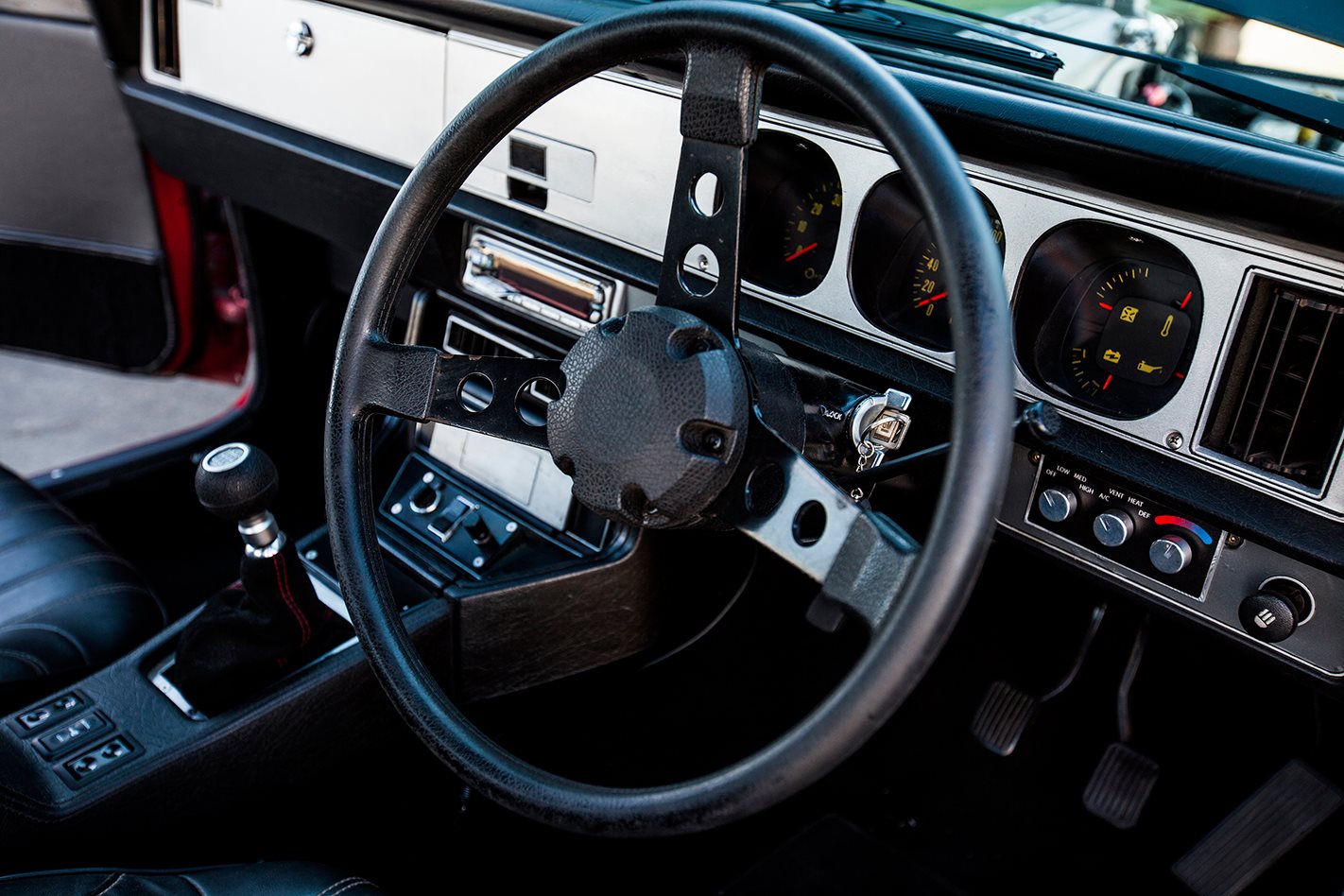 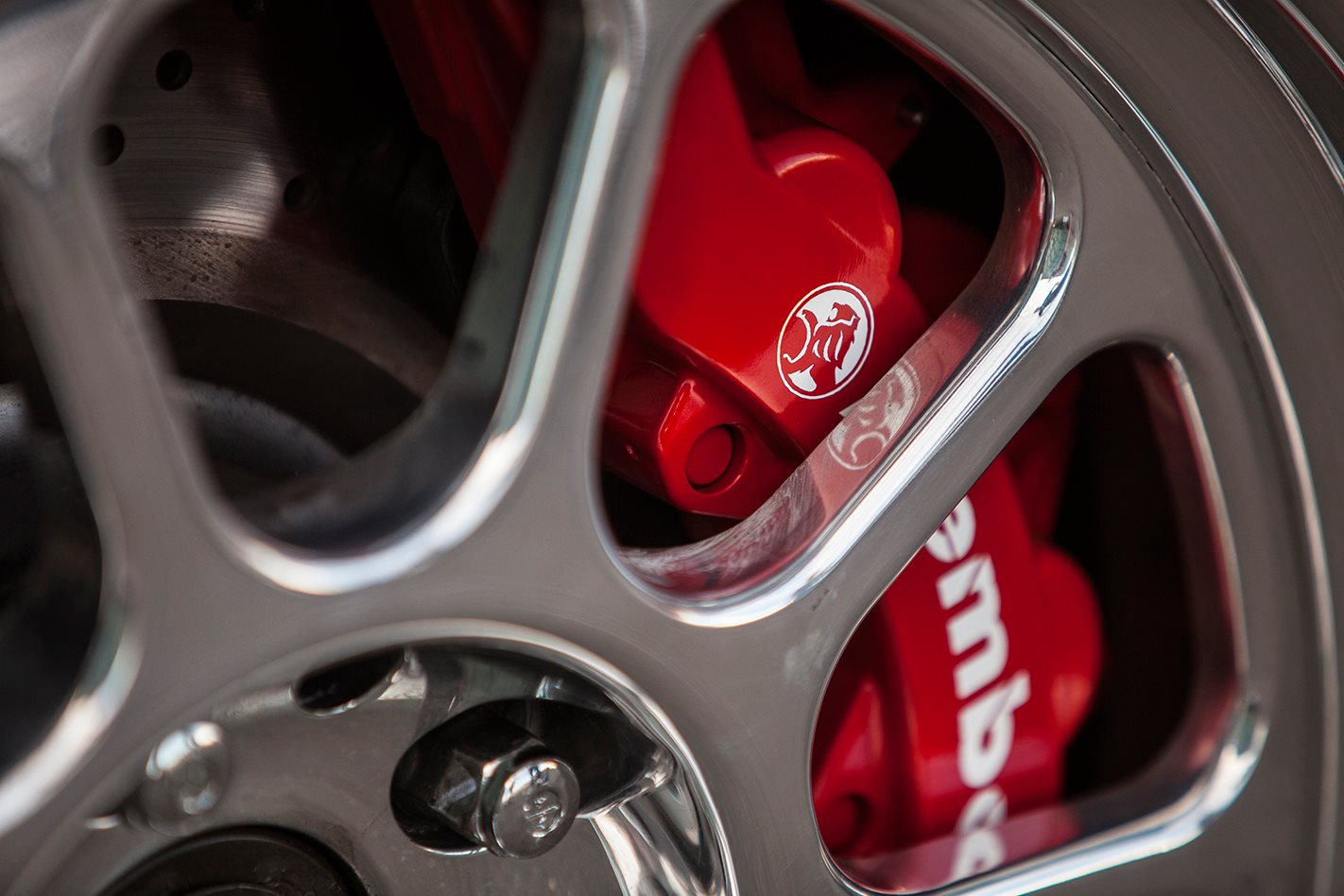 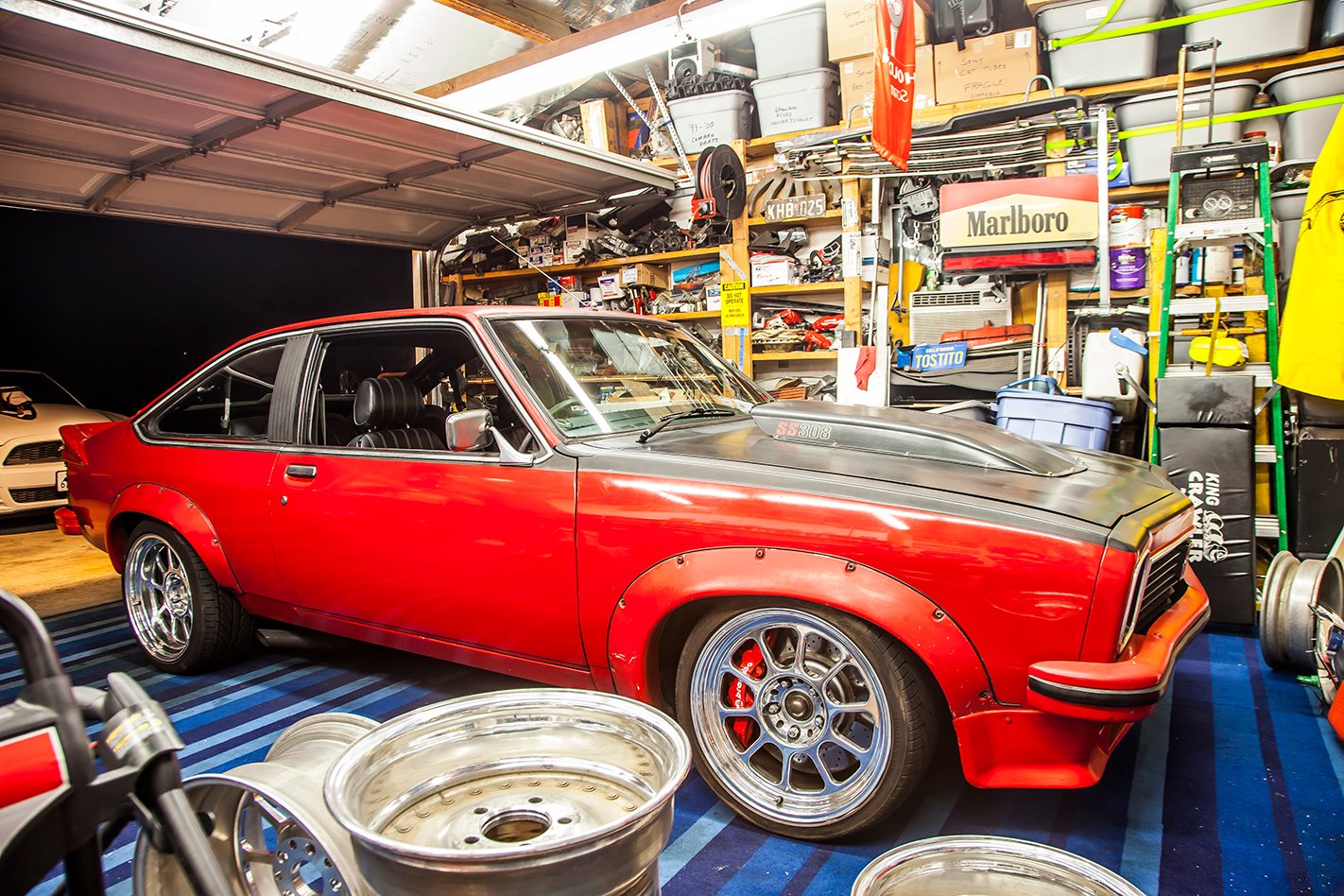 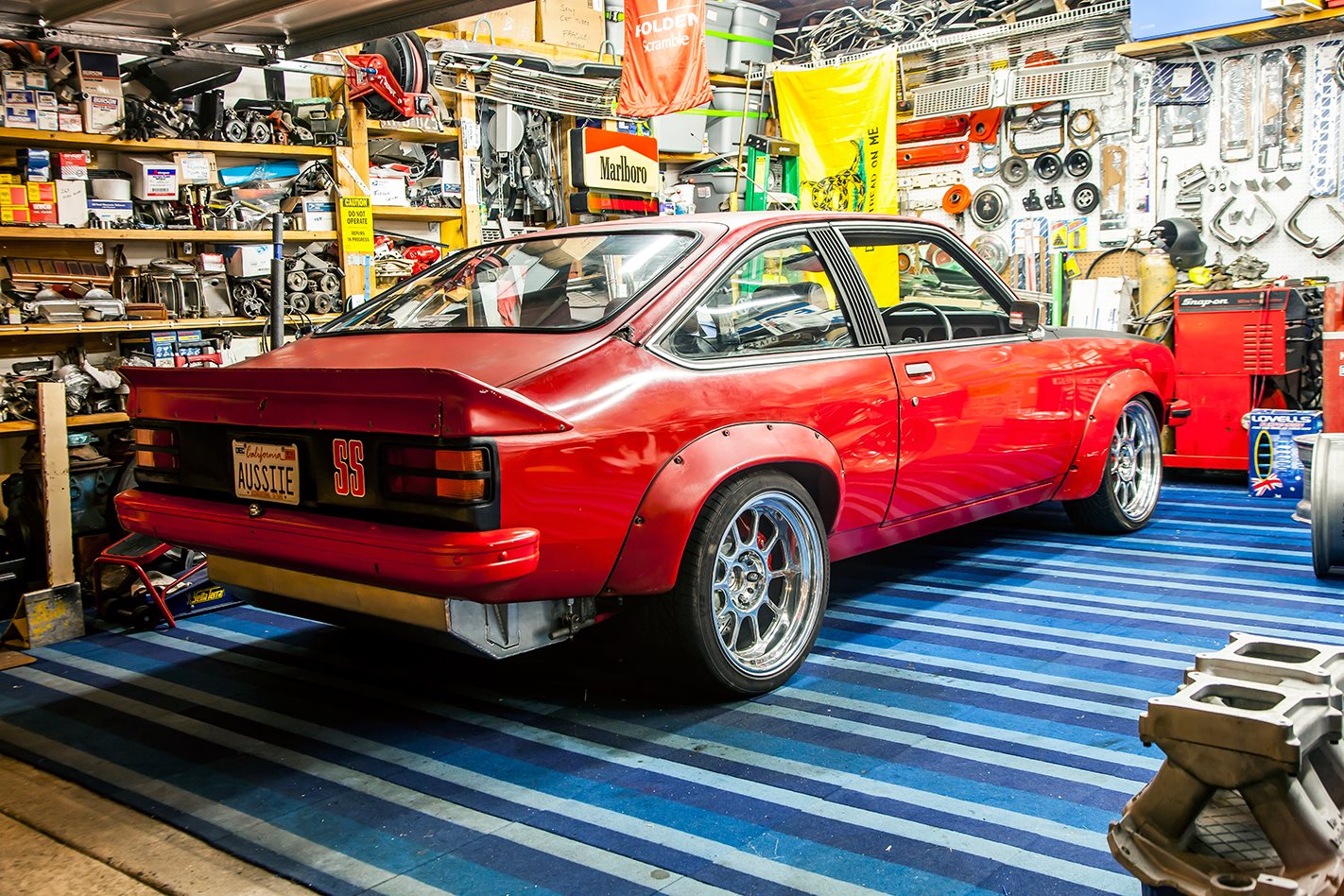 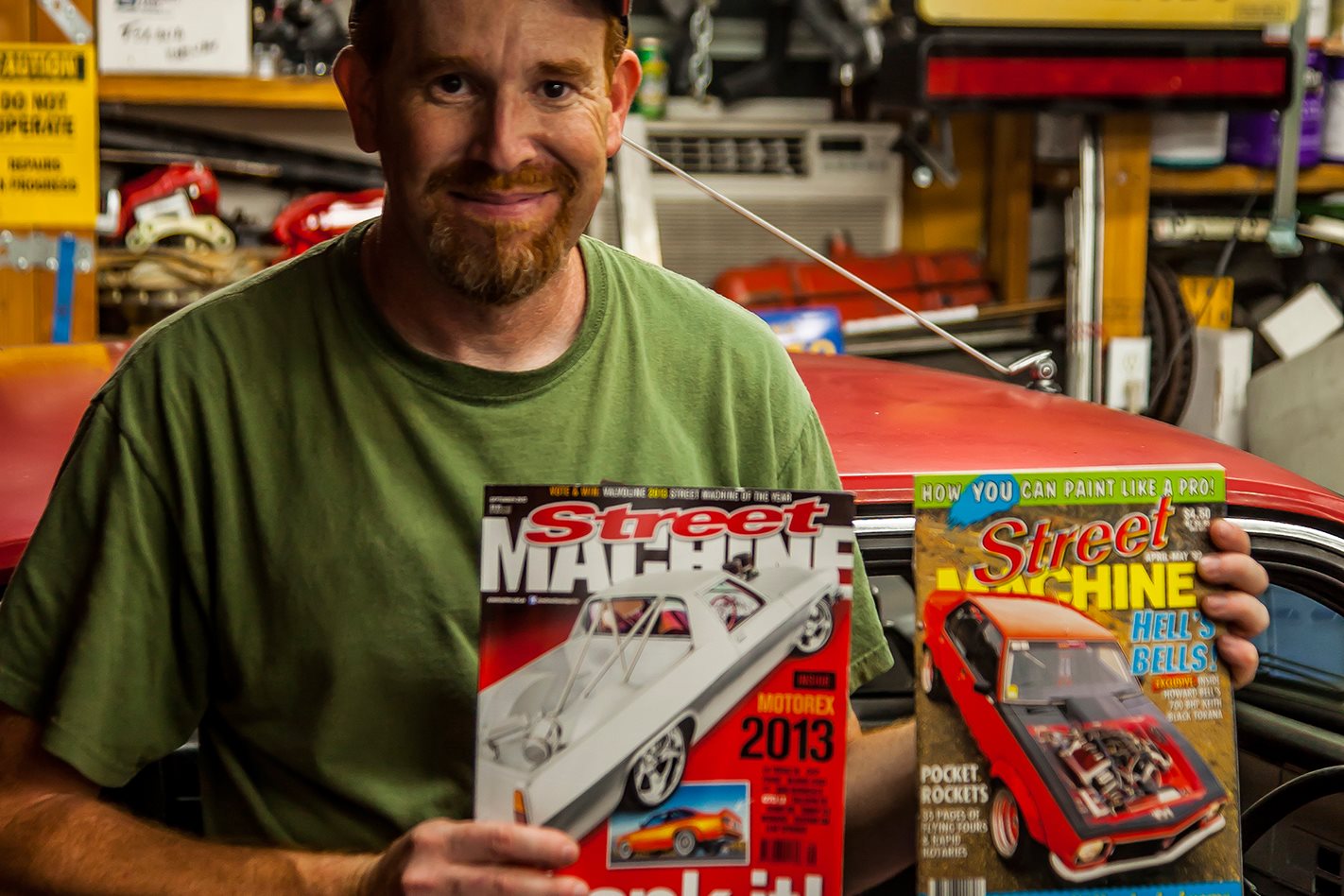