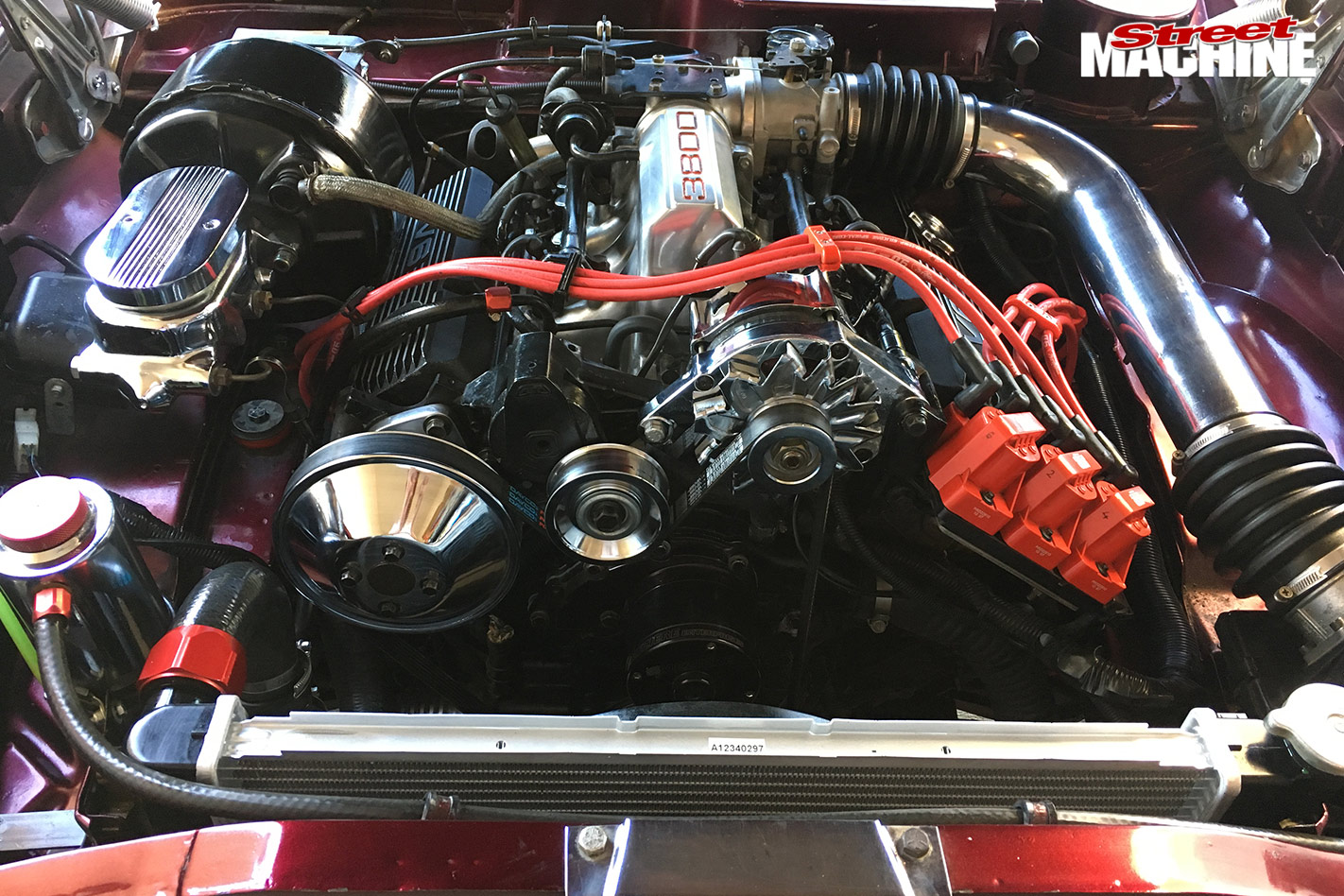 "I BOUGHT my LC Torana back in May 2008. I had a VN Commodore 3.8-litre Buick V6 engine conversion done, engineered through OG Speed Shop. But a niggling oil leak turned into a full rebuild in late 2015. A Hurst Pro Rachet shifter now operates a shift-kitted Turbo 700 trans, which runs back to a BorgWarner LSD with 3.9:1 gears. 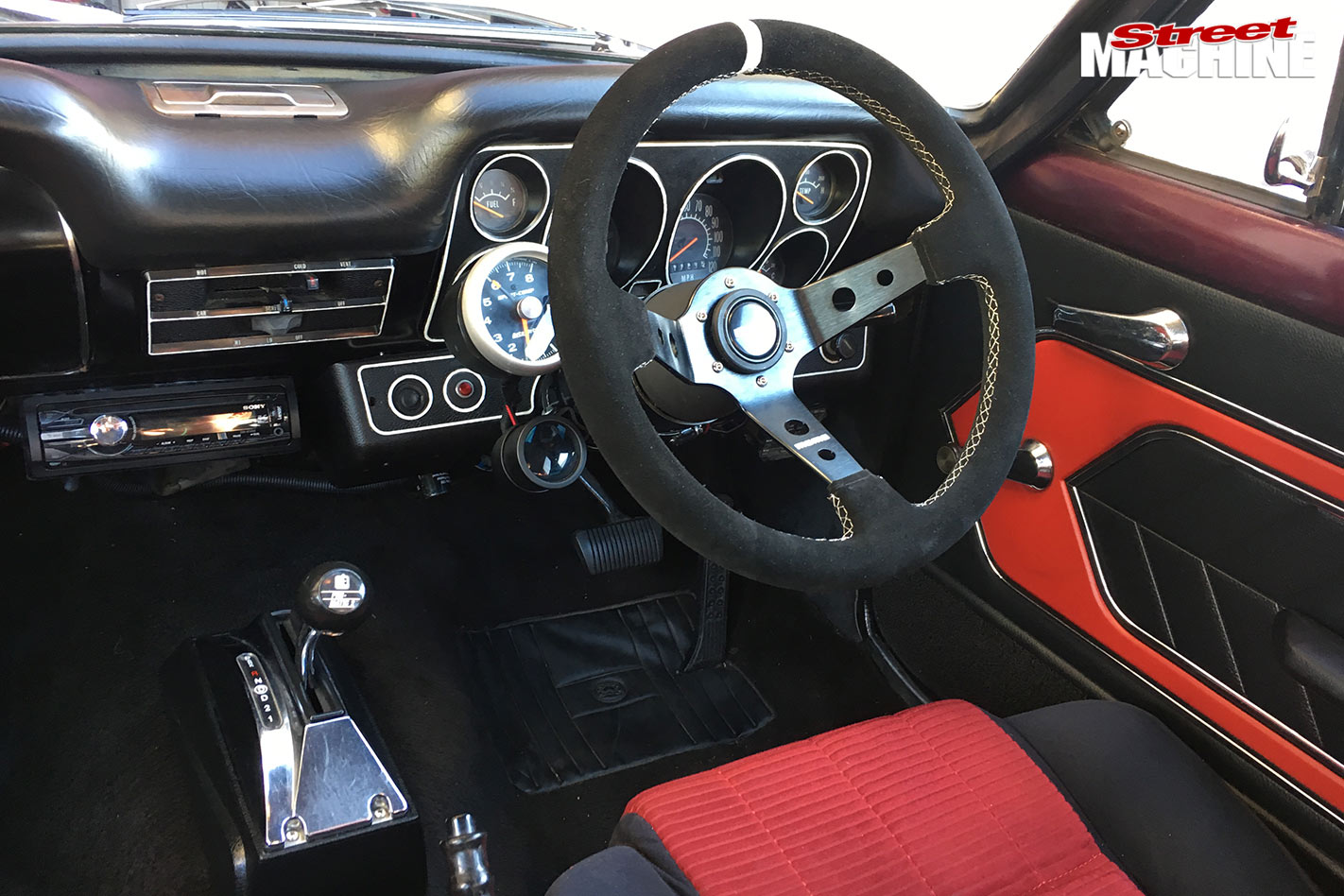 Brakes are discs all 'round, pulling up the Dragway Indy 15x65. and 15x7 wheels. The paint is Ruby Red Metallic. I have now replaced just about every part on the car, but rather than doing a full resto the focus has been on keeping it off the road for as little time as possible; plus stumbling into a sum of money big enough to fund such a venture all in one go hasn't happened!" 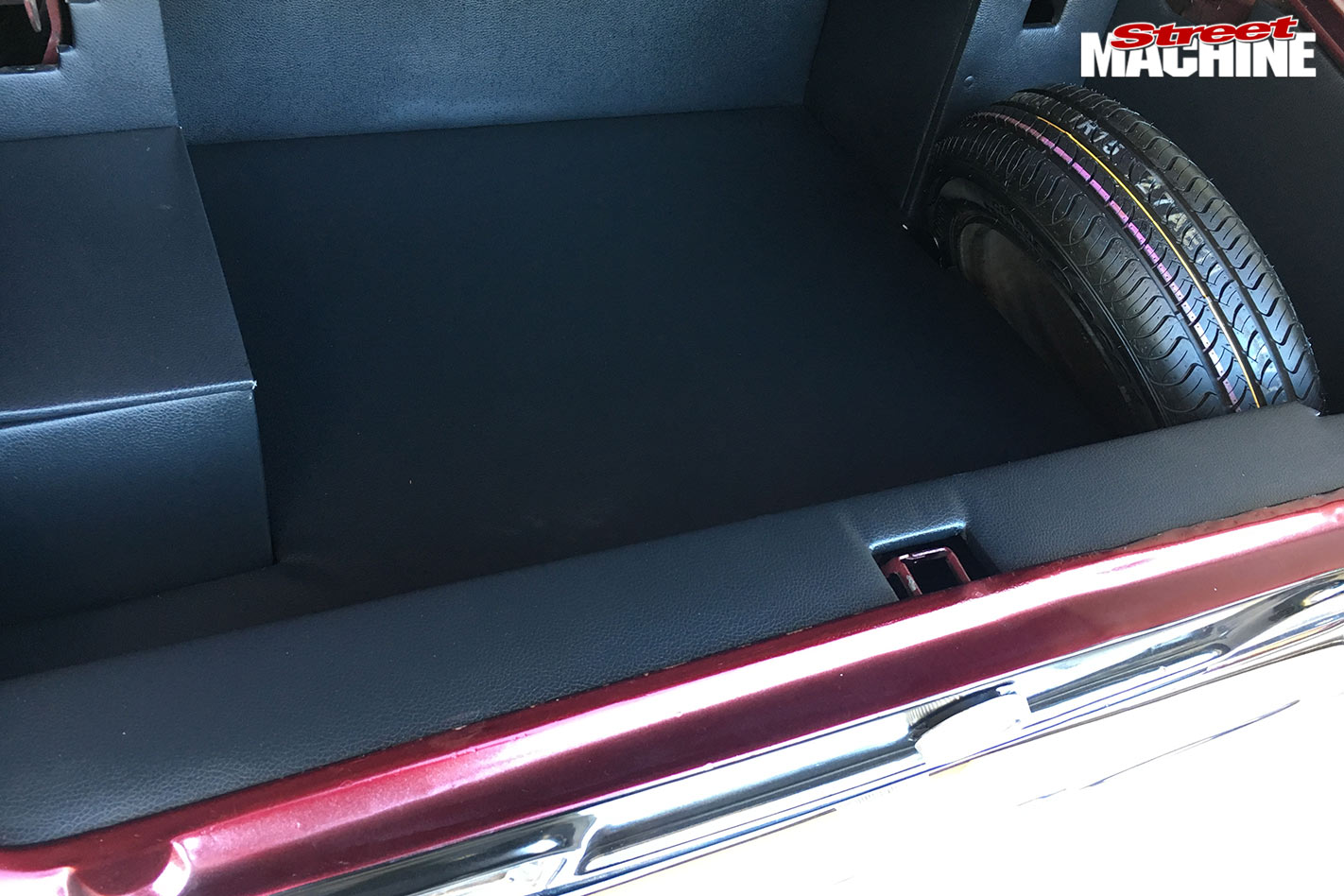