Yep, Benny Leat's VH Commodore has a real Holden V8 in it

Sadly, Holden-powered Holdens seem to be going the way of the dodo, but Benny Leat’s killer 355ci V8 VH Commodore is bucking the trend.

ABOUT the last place on earth you’d expect the bloke who owns this 355ci Holden-powered Commodore to work is the research and development department at the Ford Motor Company. “Yeah, I cop a bit of heat at work,” laughs Geelong’s Benny Leat. “A few of the boys I work with, like Danny Busbridge with the 2WIZAS Torana, have Holdens. It’s nice having them around the workshop because there are a lot of Ford guys there, and they do hang a bit of shit on us!” 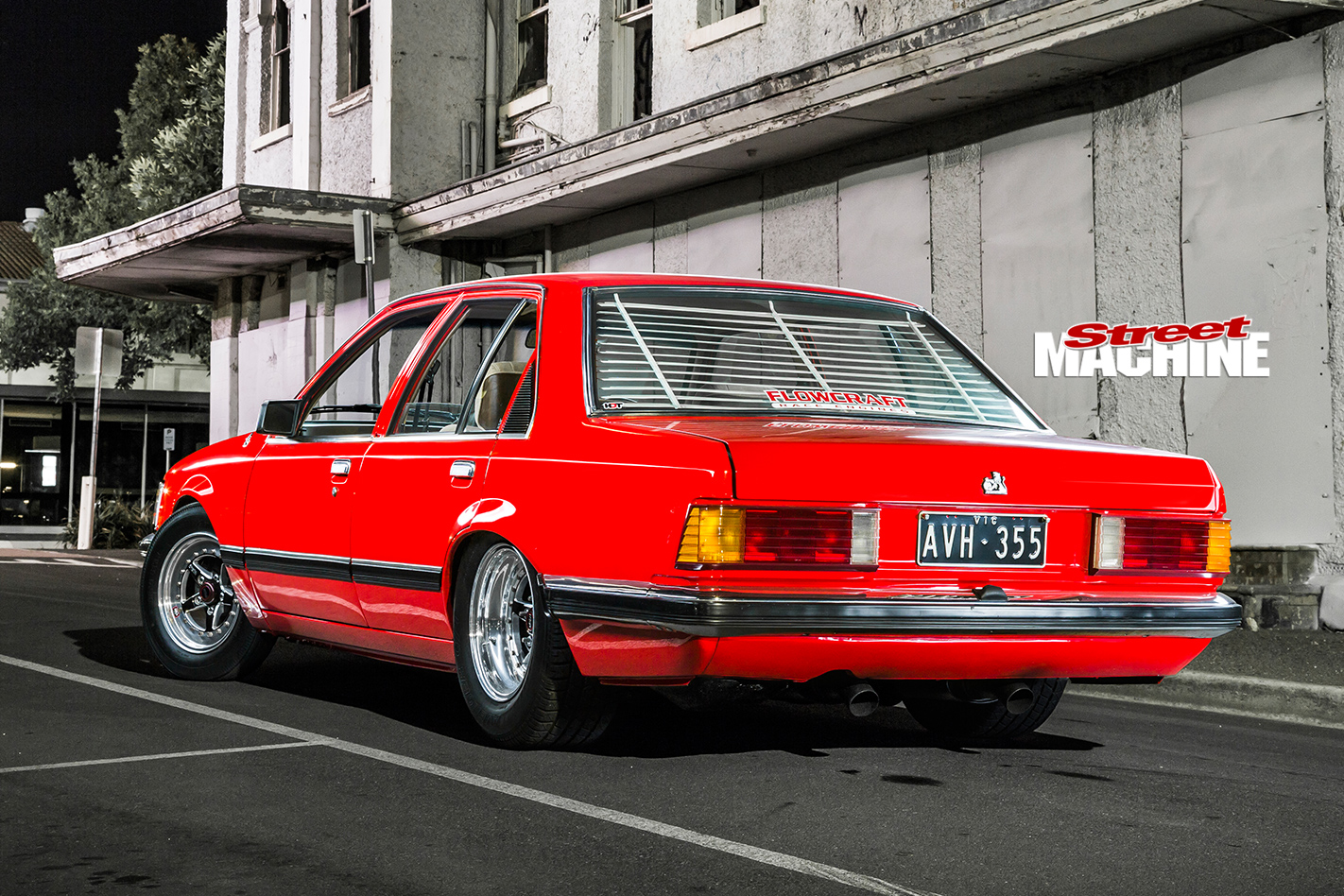 Benny bought the VH as a six-cylinder SL, soon after starting as an R&D mechanic with the Blue Oval, and it served as his daily hack for six months until the timing gears packed it in and left him stranded by the side of the road one Friday. As luck would have it, he happened to have a stray 308 and Turbo 350 kicking around the shed, and in a bid to dodge the ridicule of his workmates, he dropped it into the VH over the weekend and cruised it to work the following Monday with a smile on his face. 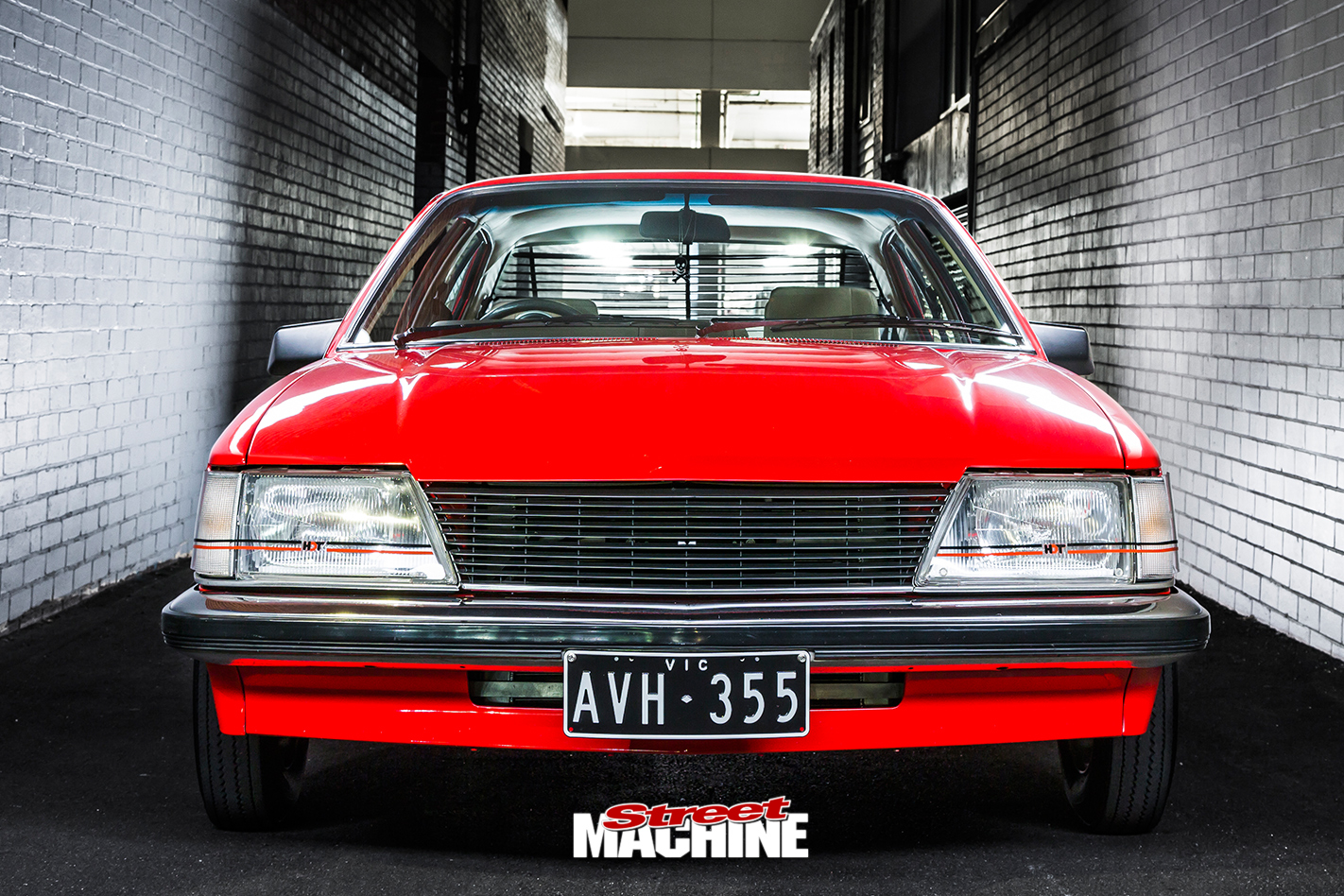 “It went pretty well for what it was,” Benny says, “but it started blowing six-cylinder diffs up, so I thought I’d put a nine-inch in it.” That ended up being the catalyst for a full-scale, four-year rebuild. “I decided to give it a quick closed-door respray, so I rubbed it down, but I wasn’t happy with how it came up. My missus Sandi and I then stripped it back to the bare metal in a single-car garage.” 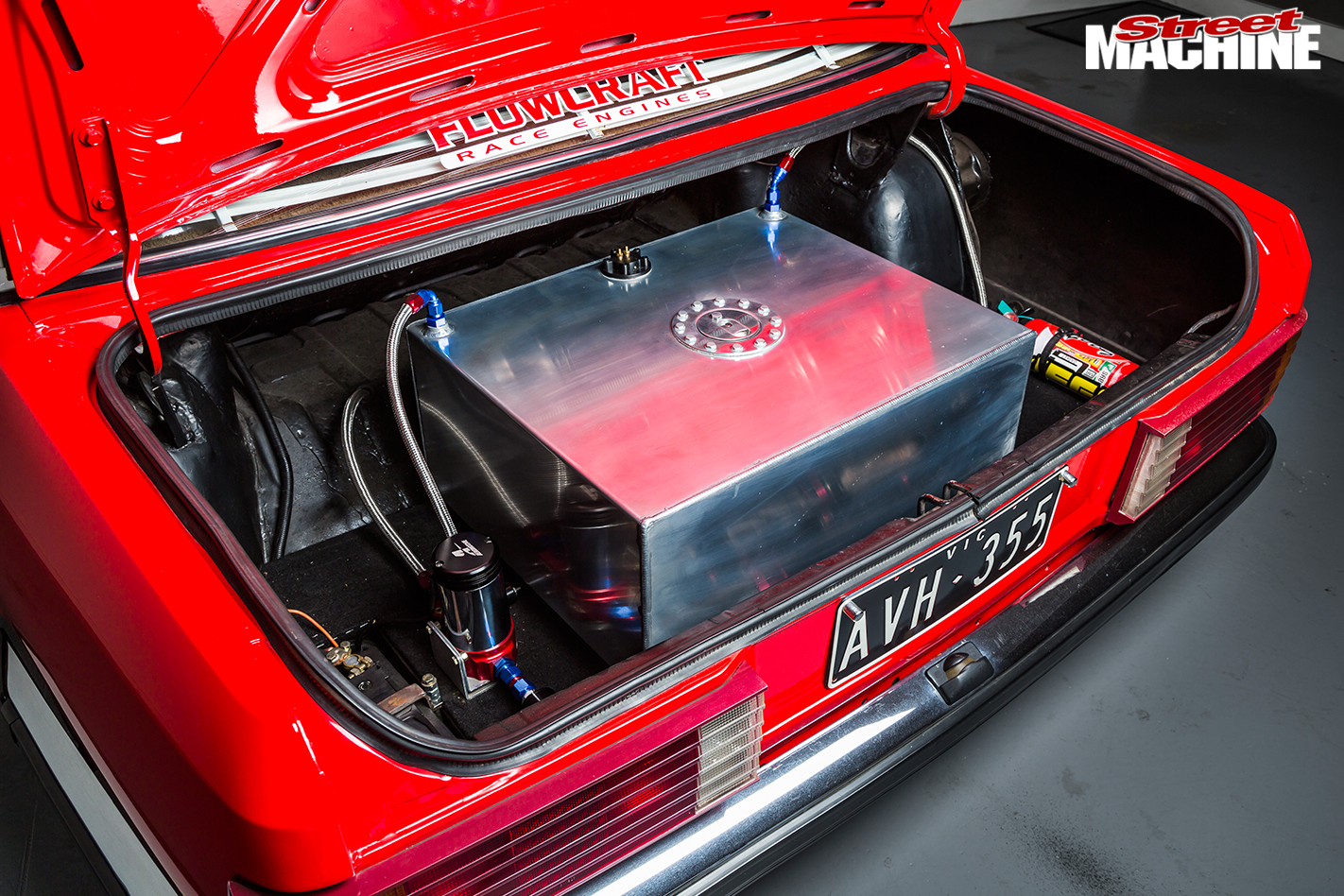 The engine bay was the first part of the car to come under scrutiny, and Benny wasn’t impressed with the unsightly factory chassis rails and K-frame bolts cluttering the place up. “I started toying with the idea of putting the battery in the boot, and I wanted to box the chassis rails as I hadn’t seen it done before. I just wanted the motor, radiator and brake booster in the bay. 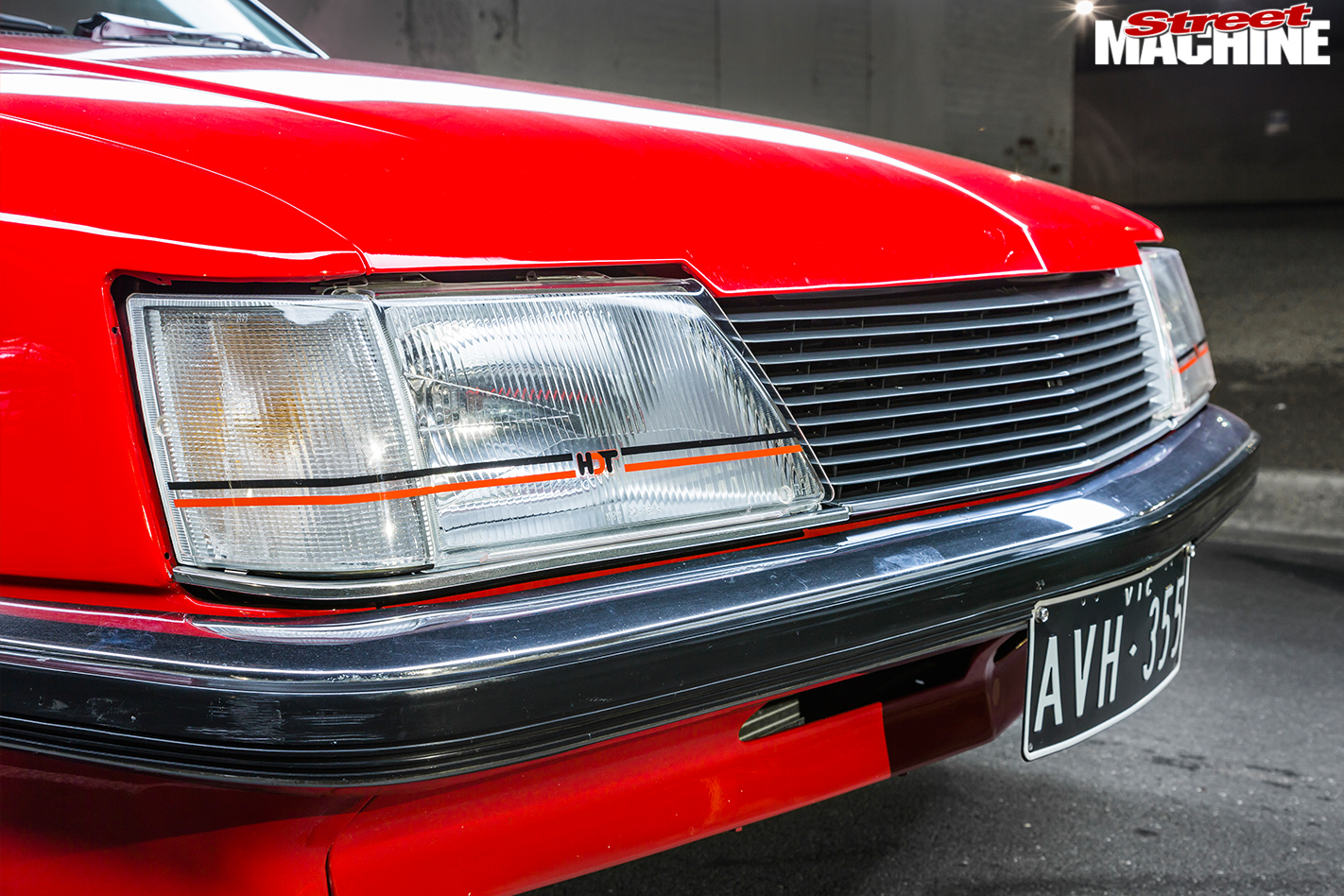 “My mate Shane Marshall came over with his welder and we started welding everything up. We had a crack at the rails and it turned out really good. A few people have cottoned on and it’s become a big thing, but I remember never seeing it done before, at least down here.” 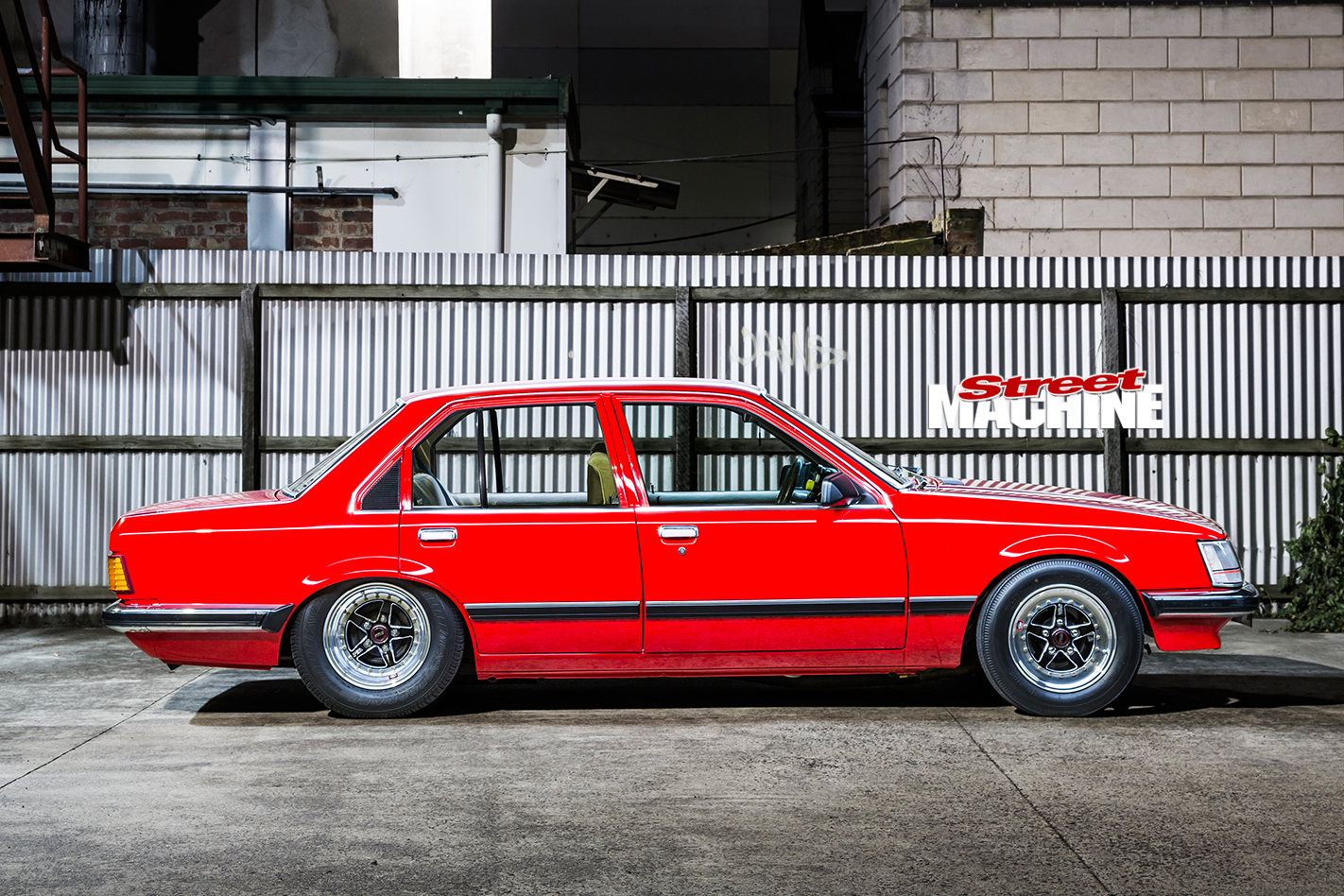 Once the engine bay was in high-fill, Benny realised he’d set the bar pretty high for the rest of the build, and knew that the bodywork, panel gaps, paint and interior would have to meet the same uncompromising standards. Another aspect of the car he knew he had to get spot-on was the stance. 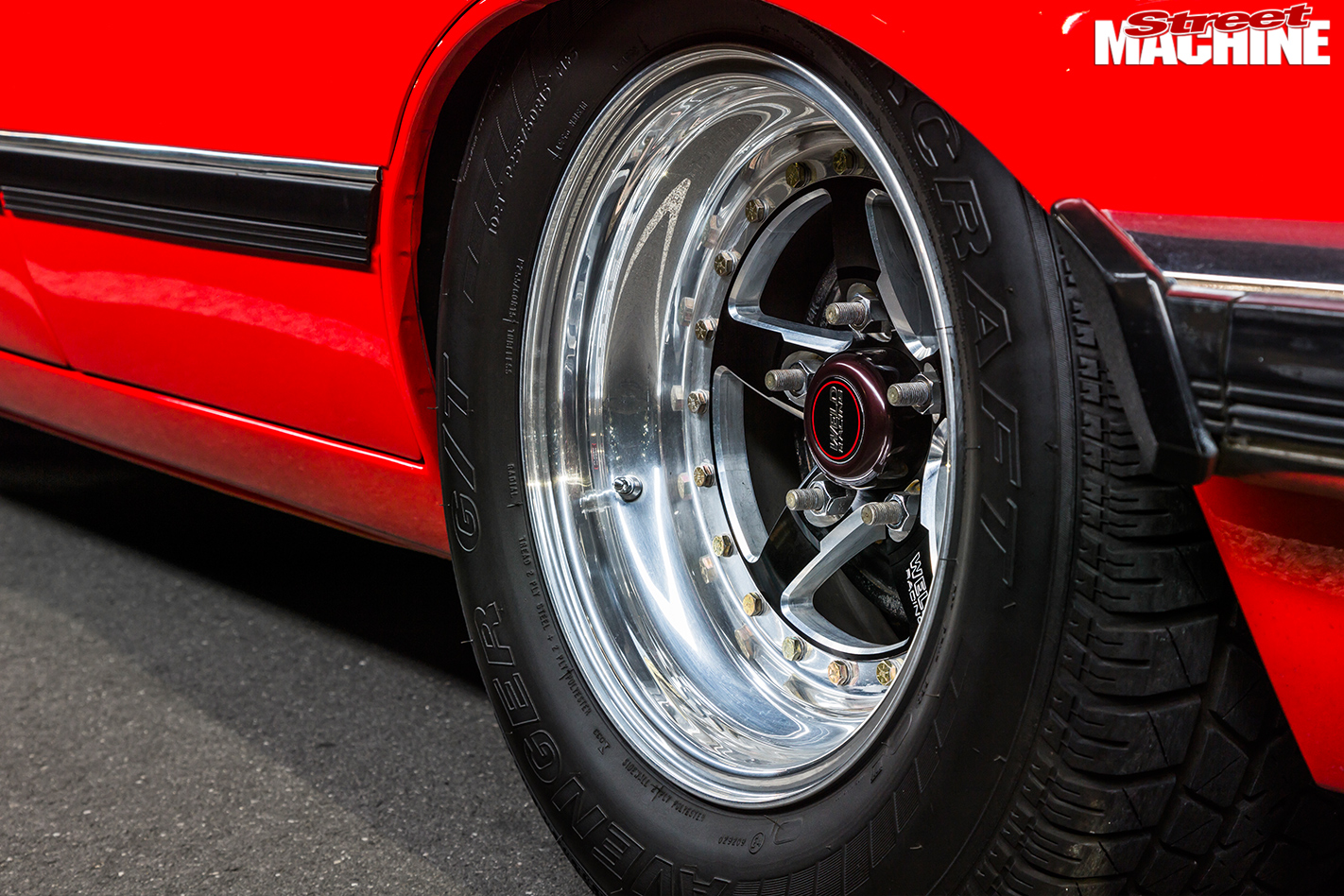 “It’s the first thing everyone tends to comment on,” he says. The car is slung low over 15x8in Weld Star rear wheels wrapped in 255/60/15 tyres, and to achieve the look it was mini-tubbed and the control arms were notched and boxed. The spring seats were shifted inwards 25mm and the diff was narrowed by 100mm at either end, but the shock mounts are in the standard location and off-the-shelf King Springs Ultra Low coils were used. 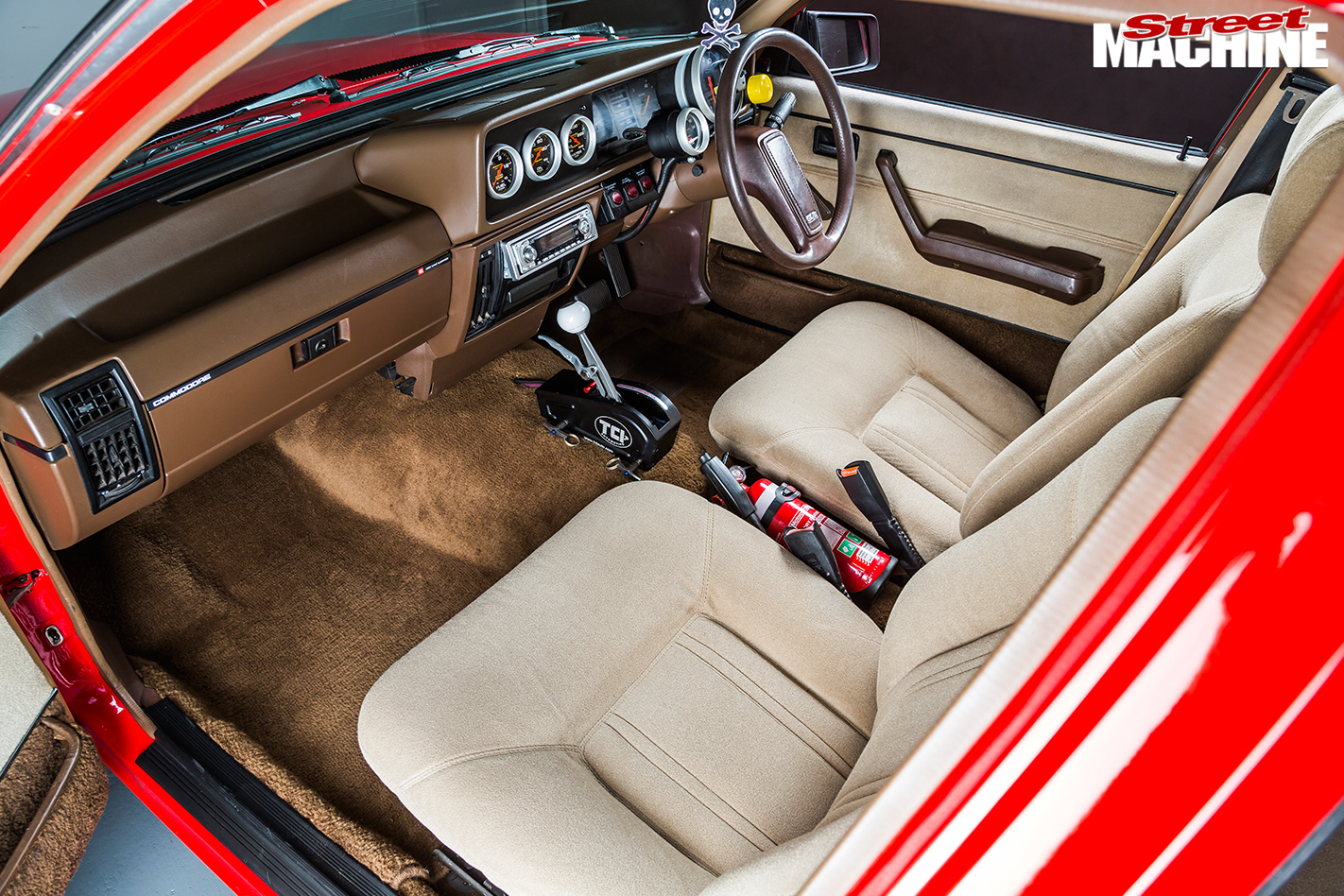 Benny had hoped to fit a VH SS interior, but struggled to find the parts he needed to make it happen. Eventually he stumbled across a stash of SL/E trim parts, all original and immaculate. It meant buying a couple of cars, some lengthy eBay sessions and even a drive to Sydney, but eventually Benny was able to piece together a concours-quality interior out of genuine, unrestored parts, and the results speak for themselves. 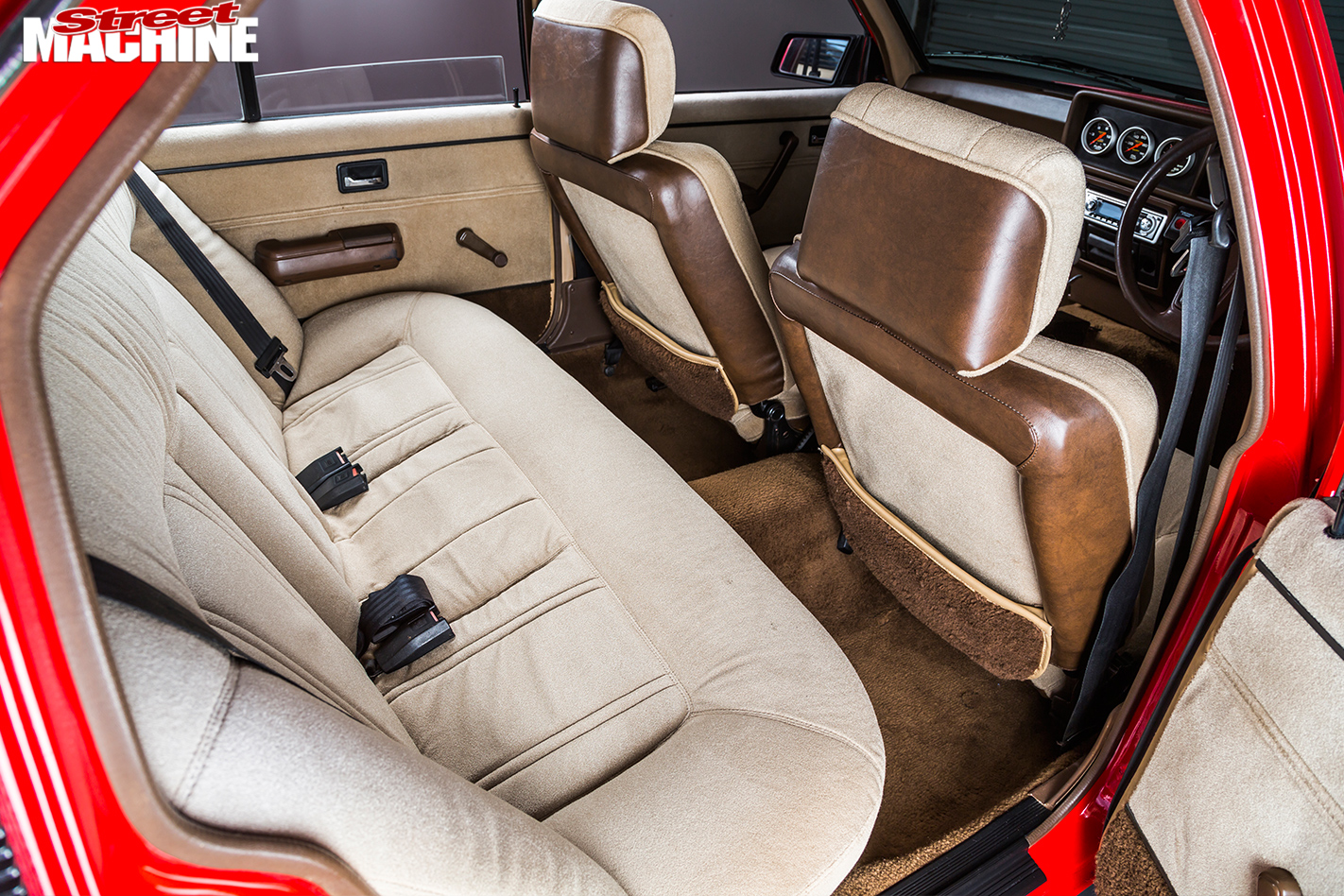 More grunt was a necessity, but Benny was in no way tempted to cross over to the dark side and fit an LS. “I was pretty adamant that it had to be a Holden V8,” he said. “Everyone carries on about LS engines and these days it seems like they’re everything to everyone, but back then they weren’t so popular and no one knew how to tweak them. They work great and make awesome power, but I’m sticking with the Holden because these days it’s actually different. It’s nice to see something a little bit more genuine.” 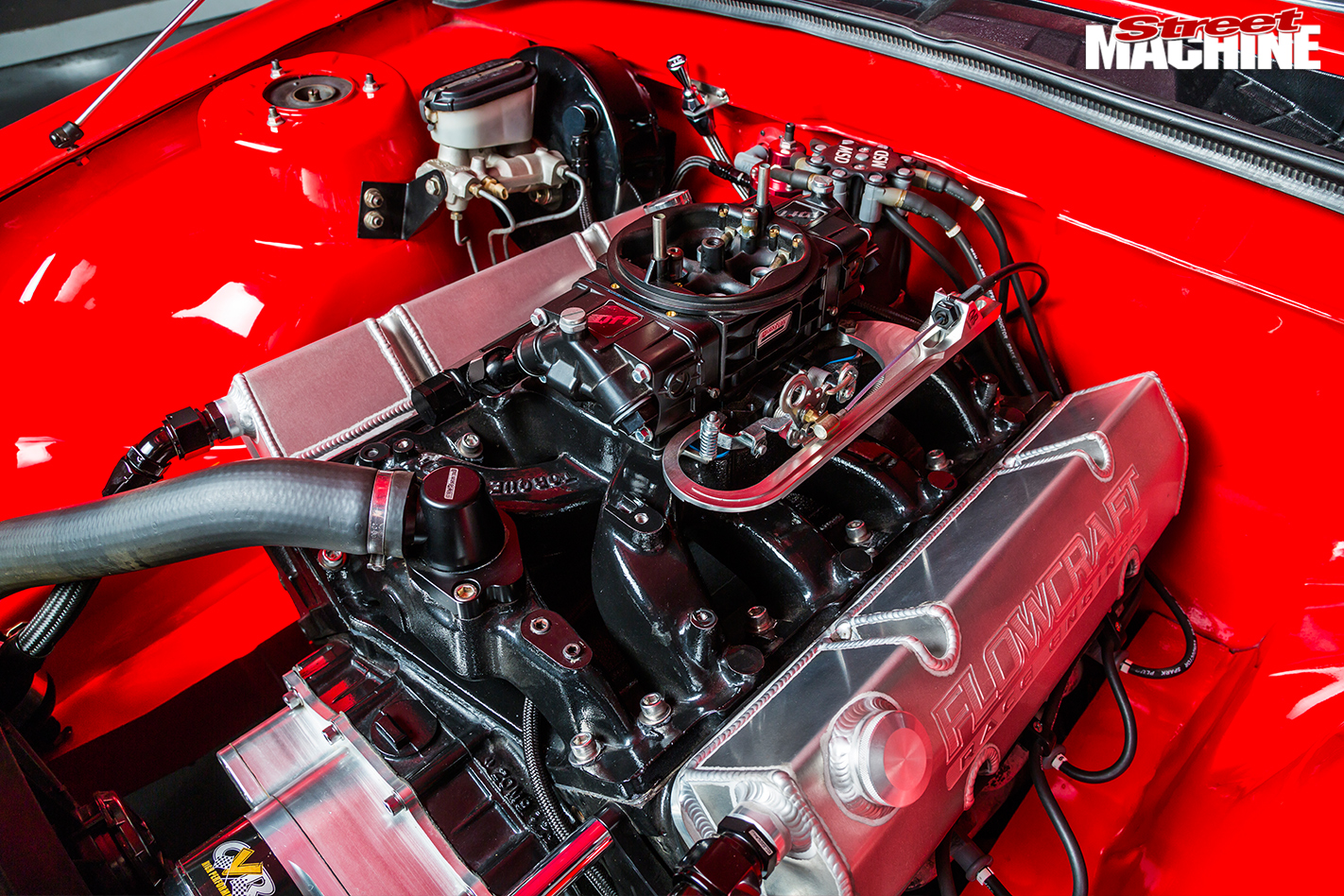 Benny assembled the 355-cuber himself using a Scat crank, Group A rods with ARP bolts, and Mahle pistons. VT EFI-style heads were ported by Flowcraft Race Engines, and the cam is a Crane 288 solid. A Torque-Power high-rise dual-plane manifold was topped with a Quick Fuel Black Diamond 750DP carb, and while Benny has never run the car down the strip, it is by all accounts a great street combo, backed by a Trimatic with a Dominator 5500rpm converter. 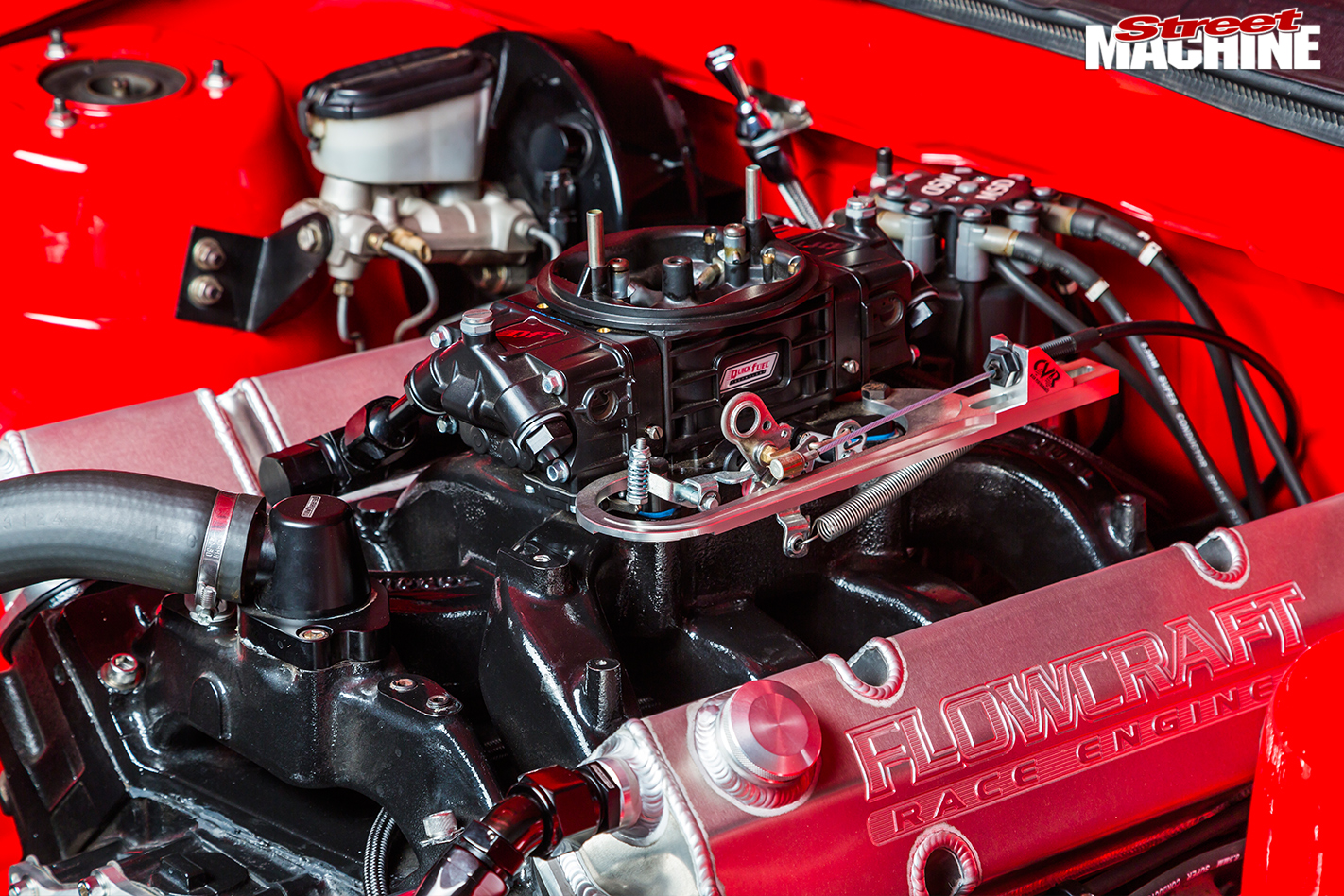 Benny finished the car just in time for his wedding, and as stoked as he is with the outcome of the build, he sold the car as a roller just as we went to print. “With the kids getting older and the little use the car has had lately, I was starting to toy with the idea of selling it. Out of the blue a guy got in touch and asked if I’d sell it as a roller and offered me a really good price. It took a week or two to decide and I had to get permission from the wife and kids, but I ended up accepting the offer. It’s sad to see it go, but the guy who bought it is rapt and he’s putting another Holden in it, which has made me happy.” 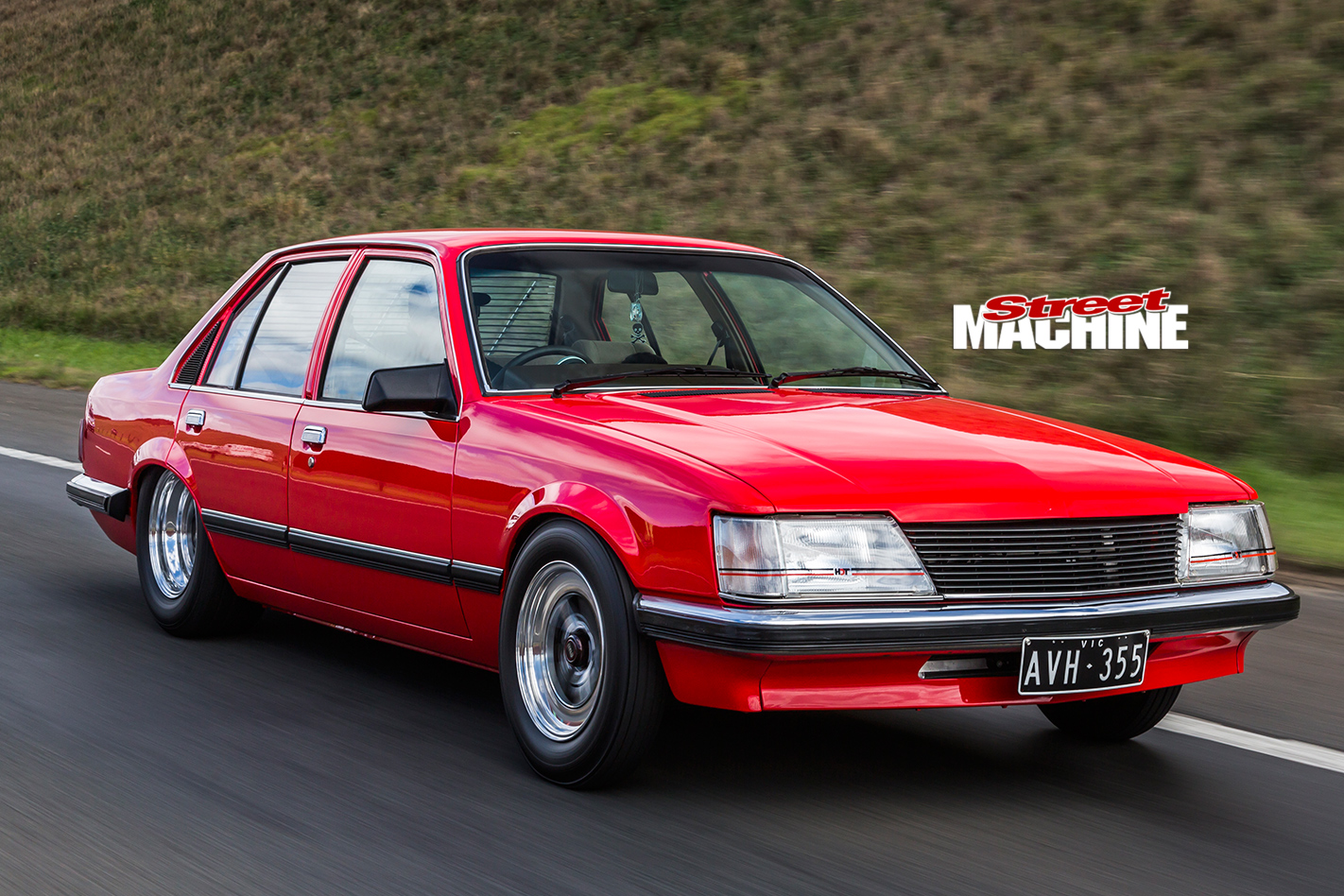 All is not lost, however. The engine and transmission out of the Commodore will live on in a tidy VH Vacationer wagon that Benny plans to fashion into a family cruiser. “It’s only got 100,000km on it, and it’s beige with brown trim,” he said. “It’ll be a bit of a sleeper with steel wheels, venetians, a visor and mudflaps.”

That ought to stir up the blokes at the workshop!