TWENTY-five years is a long time. Jump in your DeLorean, wind it up to 88mph, scoot back to 1987 and you’ll land in a world where no-one has heard of The Simpsons, smartphones or the internet. The big news for street machiners was that there was this new show coming to Canberra — it was called Summernats. 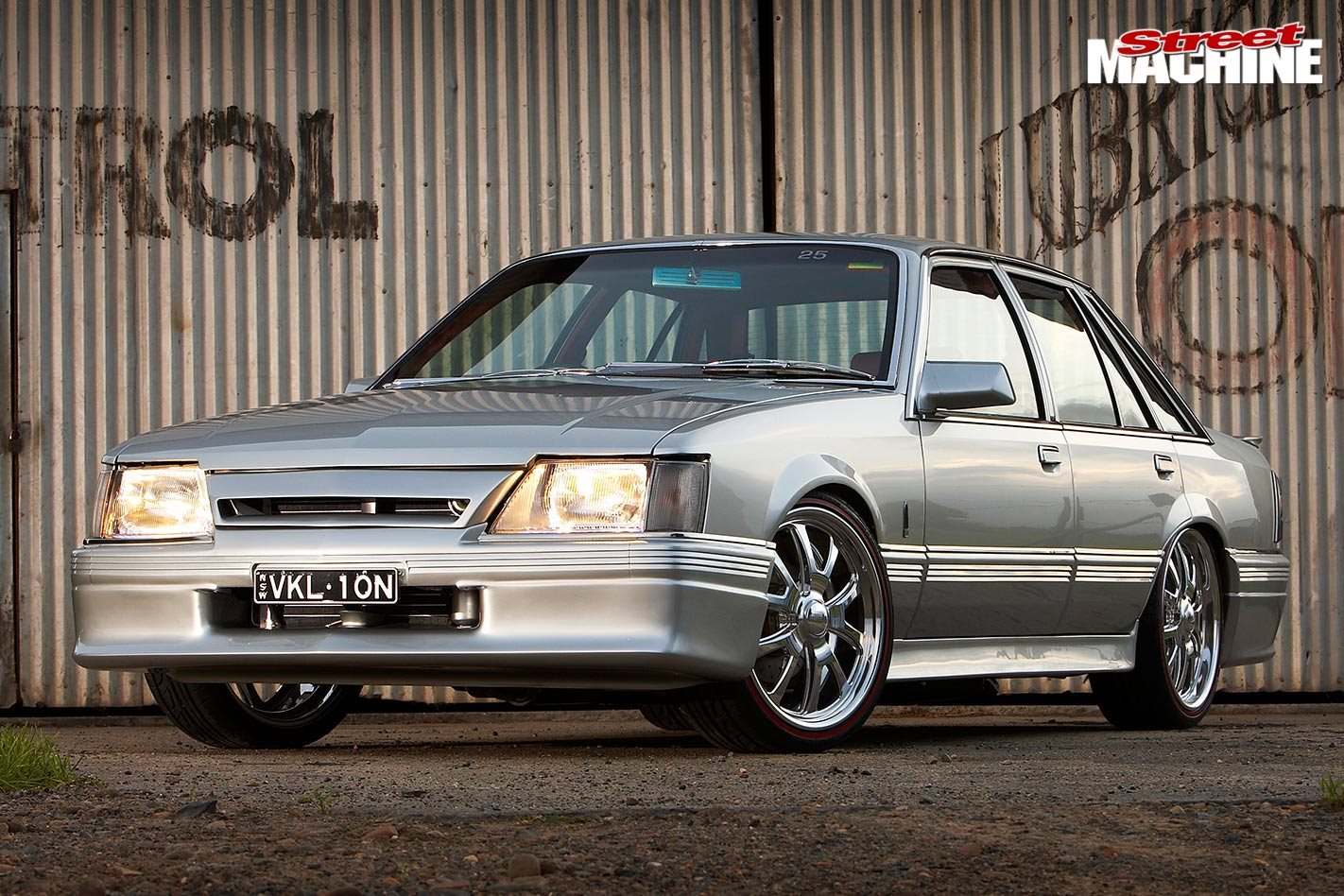 Yep, a lot of things have changed in the past quarter of a century but one thing that hasn’t is that Joe Sammut is still driving the same VK Calais.

“It was 18 months old when I bought it. It was supposed to be the family car but it only did that for a year or so,” he says. Sporting a five-litre engine and ‘traumatic’ slushbox, the silver Calais was just a neat streeter.

A trio of boys was born into the Sammut family over the next five years and the VK evolved from daily driver to pampered weekend cruiser. Joe tweaked it here and there, adding aftermarket wheels and a spoiler, and entered the occasional show ’n’ shine but years of checking out Summernats was bound to have an effect. 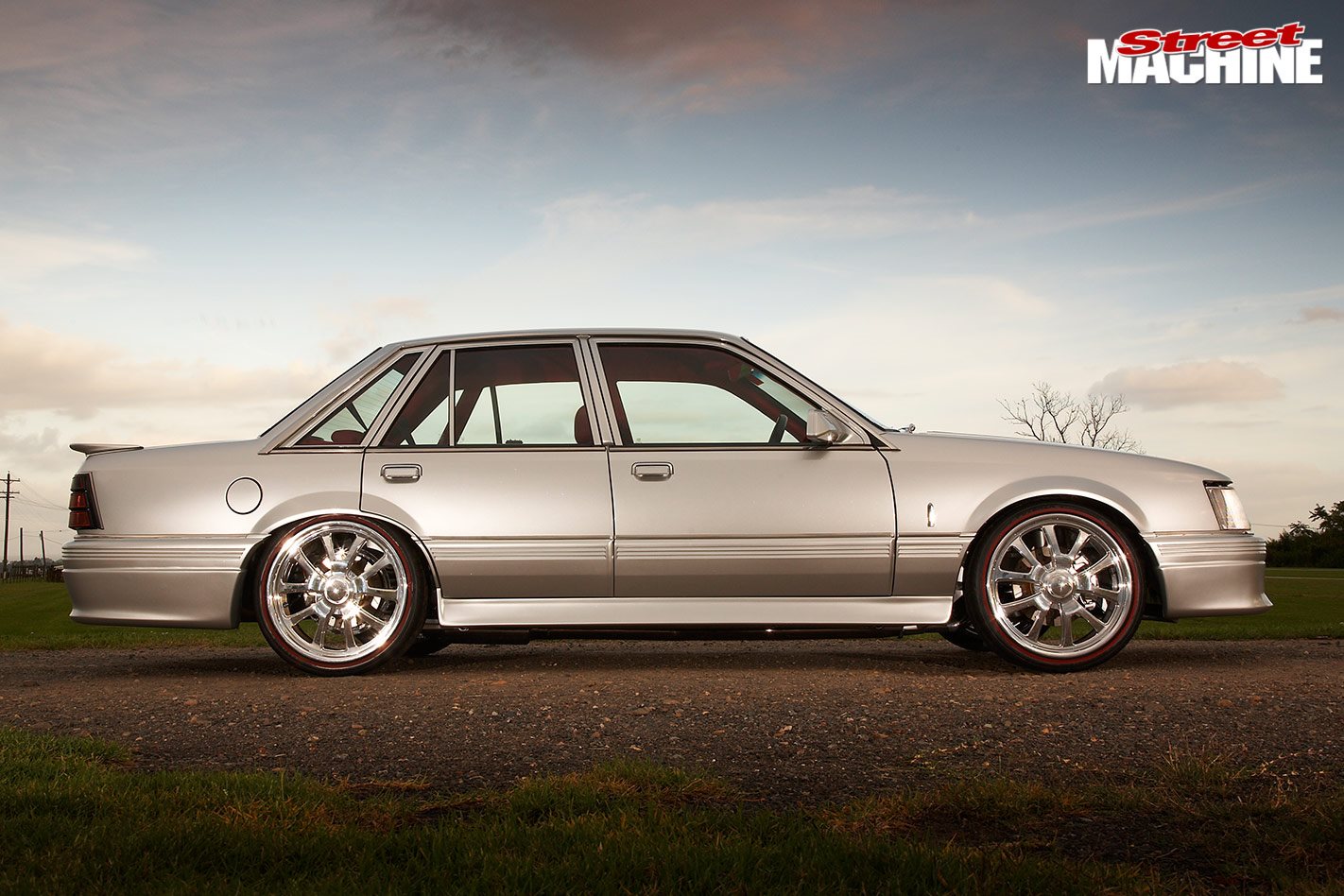 Joe kept the exterior simple; just 19in Schott wheels and the HDT bodykit show the Calais isn’t stock. Oh, and they never looked this good from the factory

With a head full of ideas he decided it was time to have a crack. His boys were in their teens by now, so he had a crew of willing workers, but all up the build still took close to seven years.

Joe doesn’t sweat the hours spent getting the Calais to this stage — “If you’re going to do it, you’ve got to do it right.”

They started by stripping the family’s pride and joy at home, in the carport. It was a back-to-bare-metal job on the rotisserie or as Joe puts it: “Bit of paint stripper, bit of this, bit of that.”

It was a slow process that consumed two years all told but the body was sound so they saved some time by not having to rebuild a rusty shell. 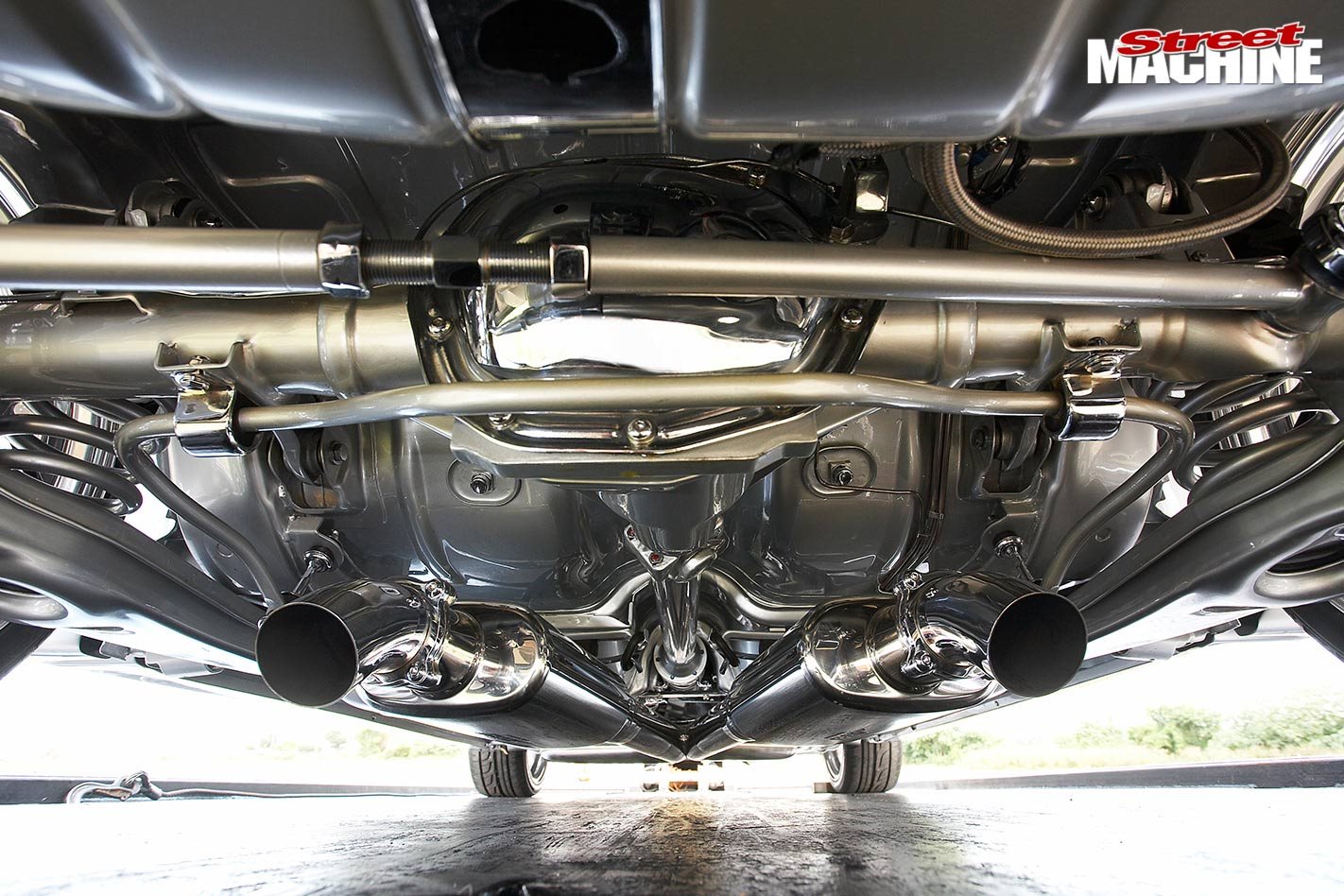 The underside has been detailed to perfection. Too perfect, perhaps, as it’s now so good that Joe is hesitant to take it out on the street

But time is rarely saved on a build; it’s just available to be spent elsewhere and in this case it went into smoothing the exterior, inner guards, firewall and a host of other nooks and crannies.

They deleted the door locks and aerial along the way, and shifted the battery down the back. Most of the bodywork was handled by Jason Pollock, whose skills added another nine months to the tally. Still, that didn’t bother Joe either.

“I didn’t want a rush job. Every weekend you take something off and do it properly.”

Joe reckons what took most of the time was his meticulous approach to rebuilding the car.

“Just putting anything on takes time. You put it on and go: ‘No, that’s not right’ and then you try it again — even in places where no-one’s ever going to see it.” 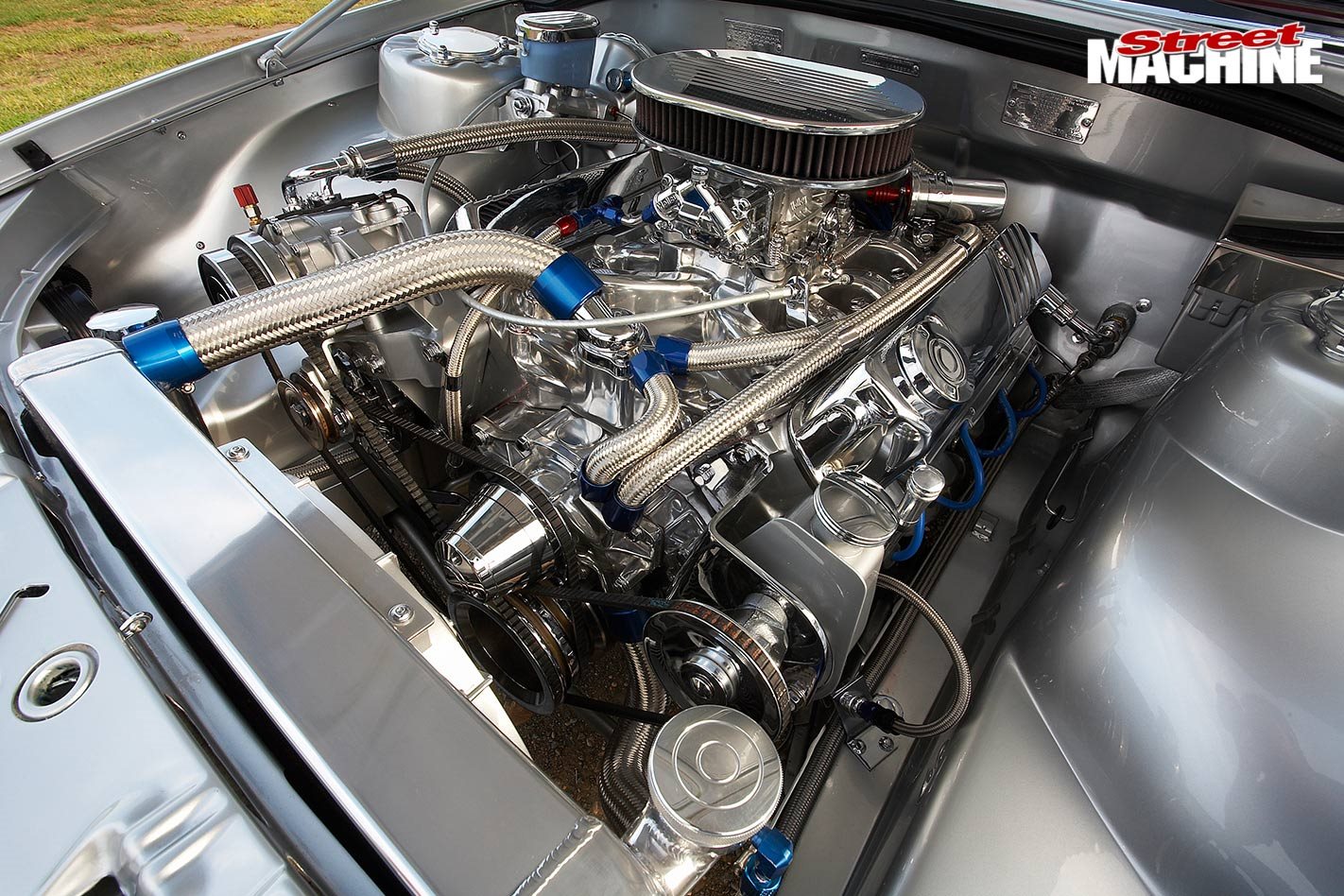 They’ve retained the factory air con, power steering and Holden V8 donk but with 355 cubes and all the goodies it’s got more than double the factory output

A glance at the underside shows you the extent of the detailing. The undercarriage is just as good as the topside and the topside is very good indeed. Truth be told, the PPG Silverstone paint is the most restrained part of the car; by comparison the red leather trim is a punch in the eye.

The seats are VL Calais but they’re barely recognisable after the additional bolstering they’ve received. Same goes for the rear pew, where the centre section has been pumped up enough to make this bench strictly a two-passenger deal.

But it’s not just the seats that received the attention of Colin Sultana at Precision Motor Trimming; the door trims, console, dash and boot were given similar treatment.

“Colin is a good friend and he said: ‘You want something eye-catching.’ That’s why we went with the red.” With the contrasting red and silver, you’d have to say it’s mission accomplished on that. 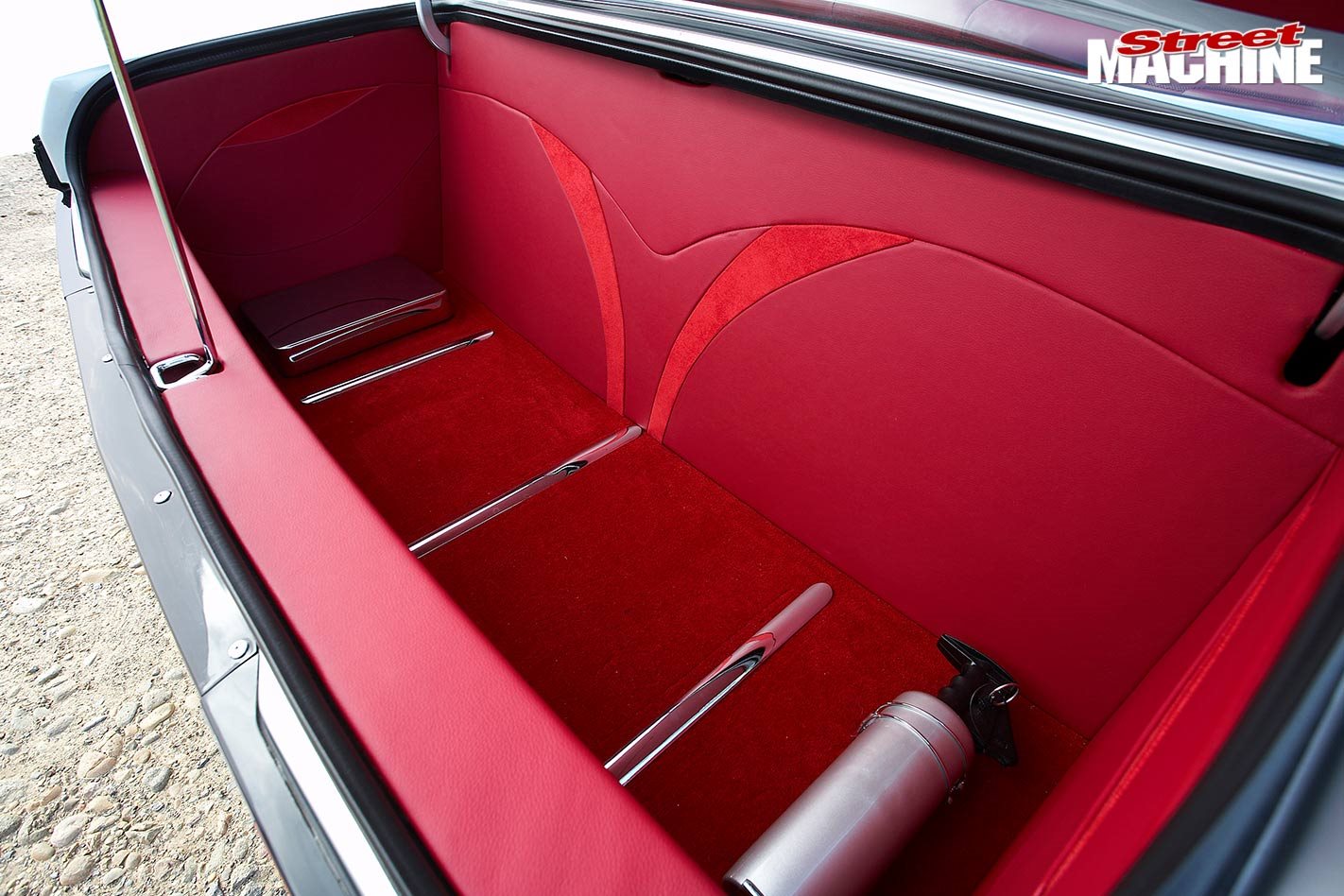 Naturally, Joe didn’t put his time and effort into a great body and interior only to wrap them around a stock driveline. He flicked the auto and a mate picked up a genuine Brock-spec T5 from HDT in Melbourne. They kept the Salisbury third member but filled it with 4.1 gears for a bit of extra spark off the line, and Paul Sant at Pro Flo worked over the Holden V8.

“I had the motor on the stand for a year, just looking at it. I was thinking: ‘I’ll be glad when I’ve got it in the car,’” Joe says.

The capacity has been stretched out to 355 cubes with a COME crank, while a pair of ported VN heads and a COME camshaft help it breathe a lot better. Up top, a single 750cfm four-barrel feeds fuel in, while a set of ceramic-coated Pacemaker headers and a show-polished stainless exhaust dump the spent gases at the diff.

All up, Joe reckons the combo is good for 500 healthy horses at the flywheel, which makes the VK a fairly spirited beast on the road. 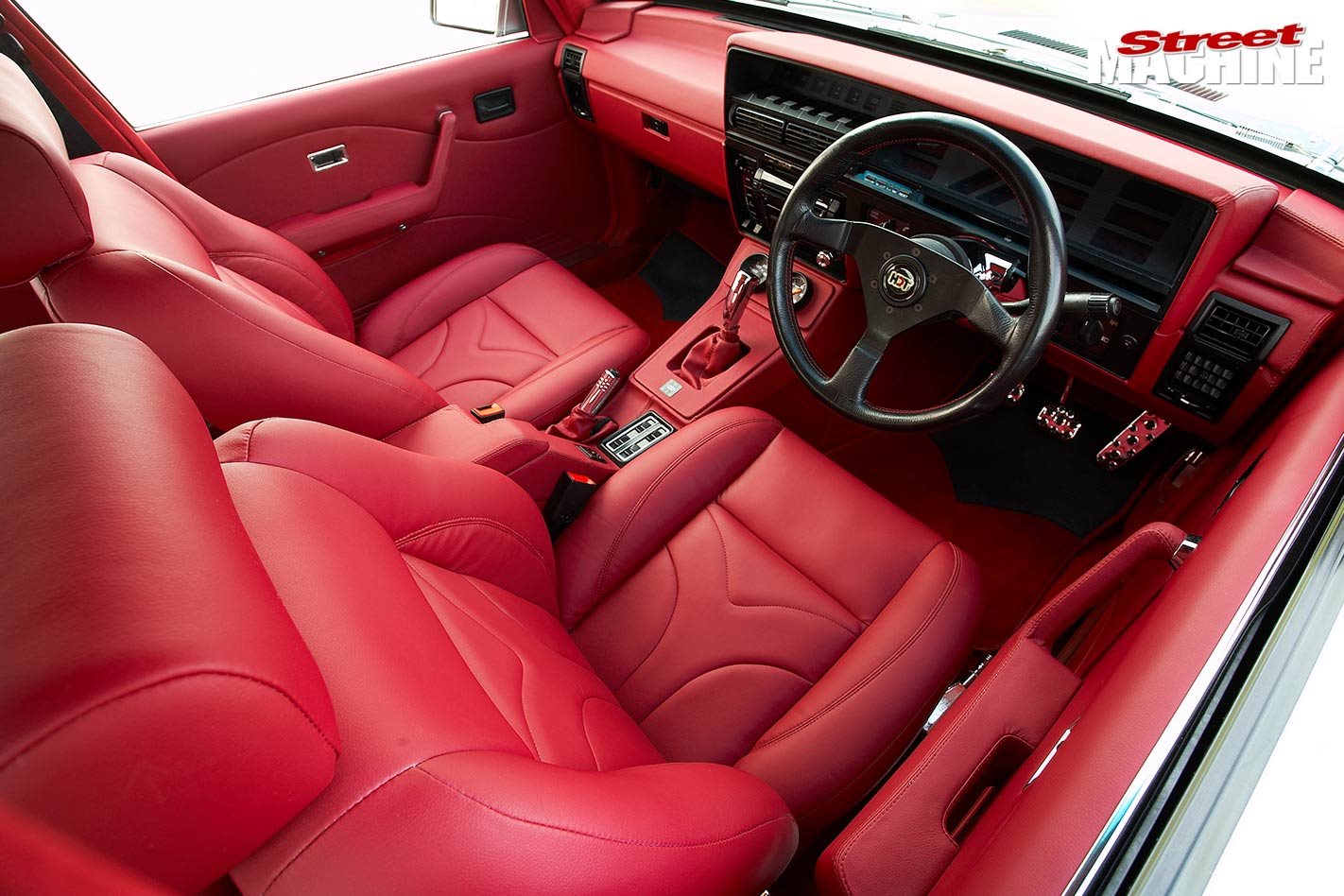 “I just wanted something that I would be happy with, something with a bit of balls,” he says. “I drive a VX ClubSport. The Clubbie is good but the Calais is better.”

Unfortunately the Calais is so good that Joe rarely drives it now.

“I’ve driven it for my son’s wedding, Summernats and MotorEx. I’ve got another son’s wedding coming up but after that I’m hoping to drive it more. Not thrash it — just enjoy it a bit. I love it. I love the motor and the interior.”

Obviously the judges loved it too, with the clean Calais scoring an Encouragement Award at Summernats 25. But Joe doesn’t need much encouragement: “We’ve been going to Summernats for 20 years.”