MANY show cars from years gone by have turned sour, corroded by time, poor treatment and neglect. But the Holden WB ute of father and son John and Scott McLachlan isn’t one of them; this car still looks as good as it did when it was featured in SM, Apr/May ’89. Having sat in a shed under a tarp for most of the past 20 years – registered, insured but rarely driven – it’s a perfectly preserved time capsule of late-80s street machining. 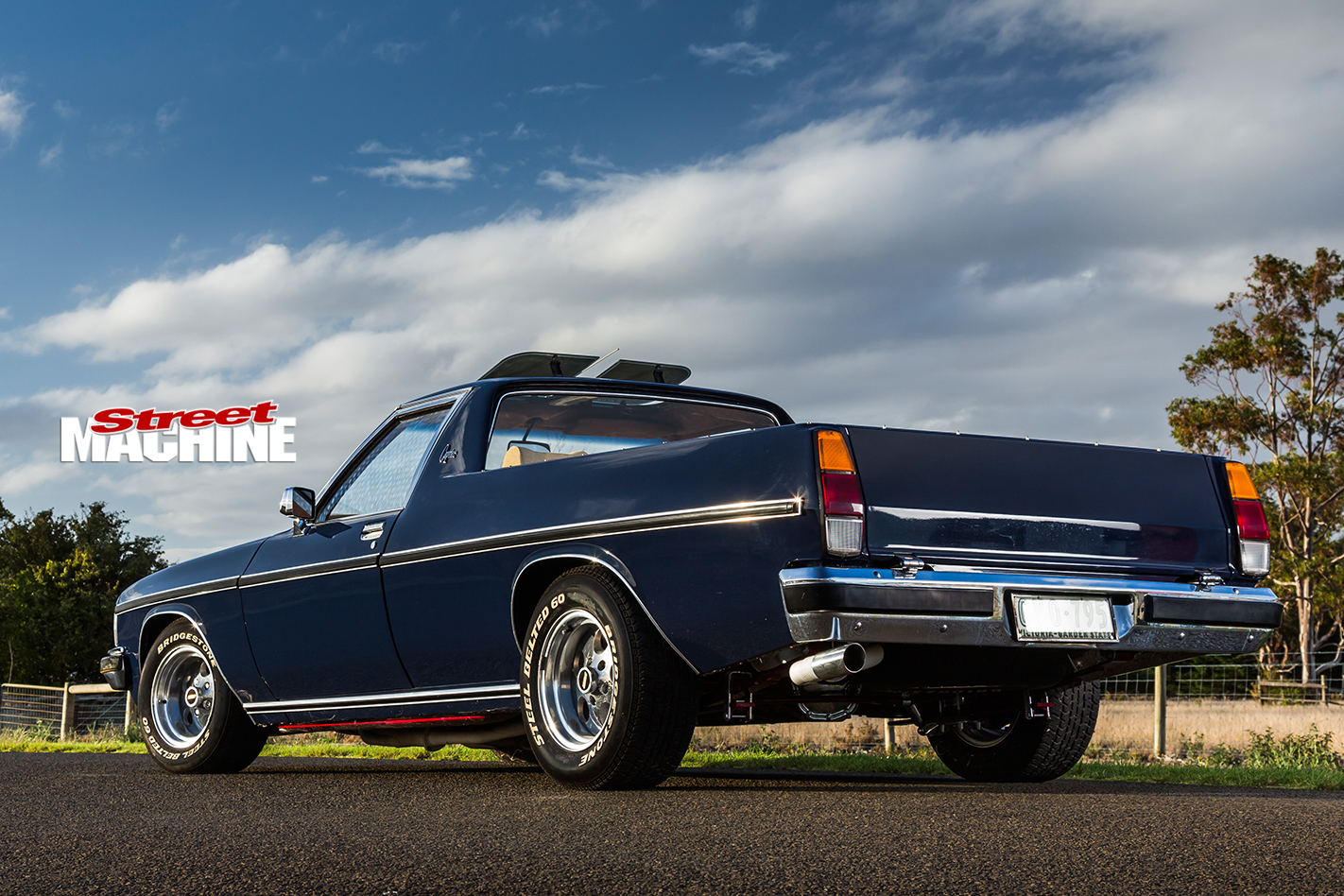 The ute was purchased in 1984 from the Holden dealer in Portland, Victoria, near the McLachlan family home in Heywood. At the time son Scott was a motorbike racer on the cusp of a career in professional riding, but had just been involved in a car accident that had left him badly injured. “Without being able to work or ride his bikes, Scott needed something to keep him busy, otherwise he’d go mad,” John says. That’s where the ute came in. “The plan was always to build something unique, but I don’t think either of us thought the build would go so far.” 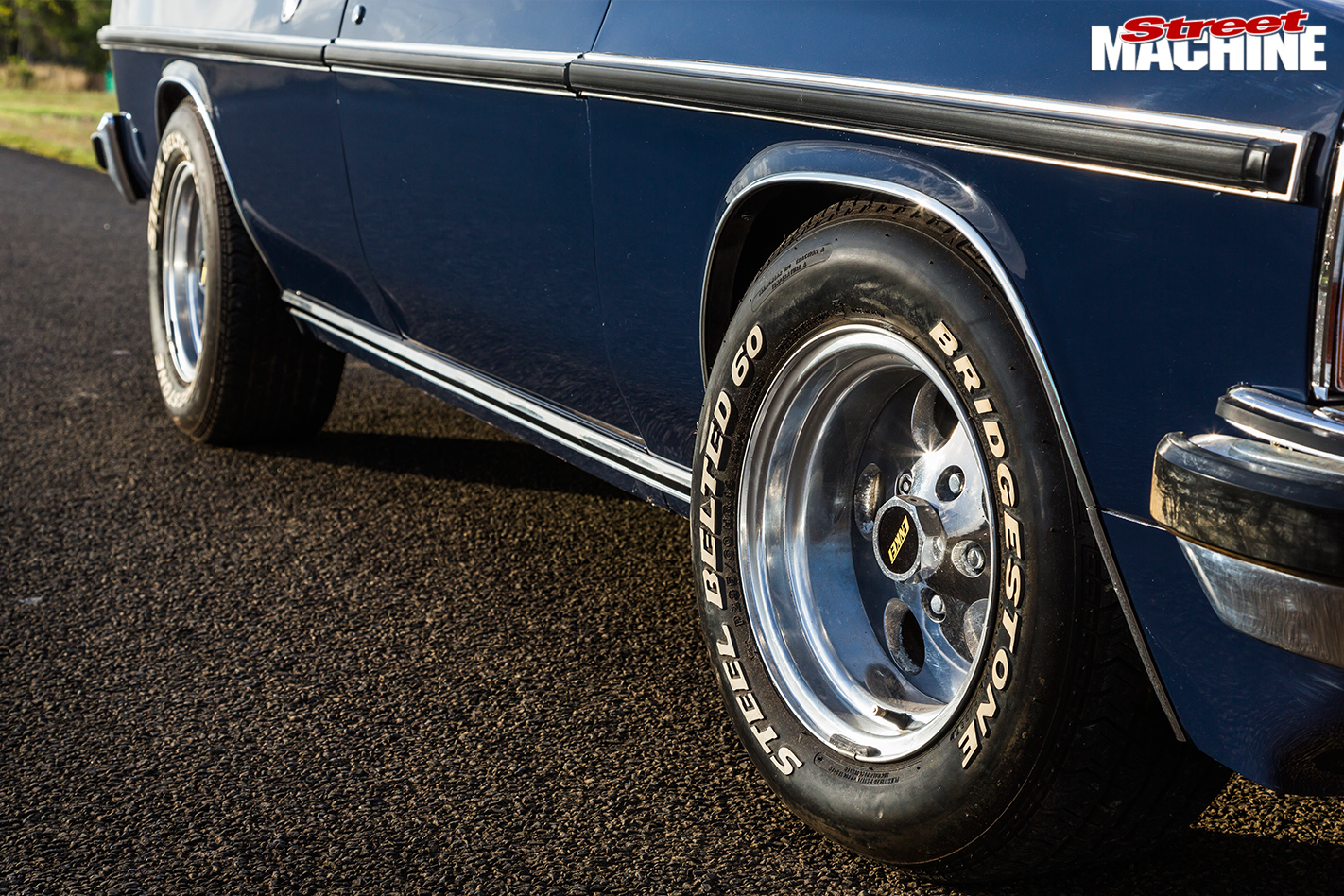 The car was already in good condition when the family got it, a low-mileage example that had been owned by the local aluminium smelter and had apparently been treated well. It had even been slightly modded, with a set of 14-inch Globeline wheels, tinted windows, a stereo, and a 650 Holley on an otherwise stock 253-cube V8. Scott added a Caprice front end, sunroof and driving lights, among other things, but it wasn’t until father and son started thinking about more grunt that the build got serious. 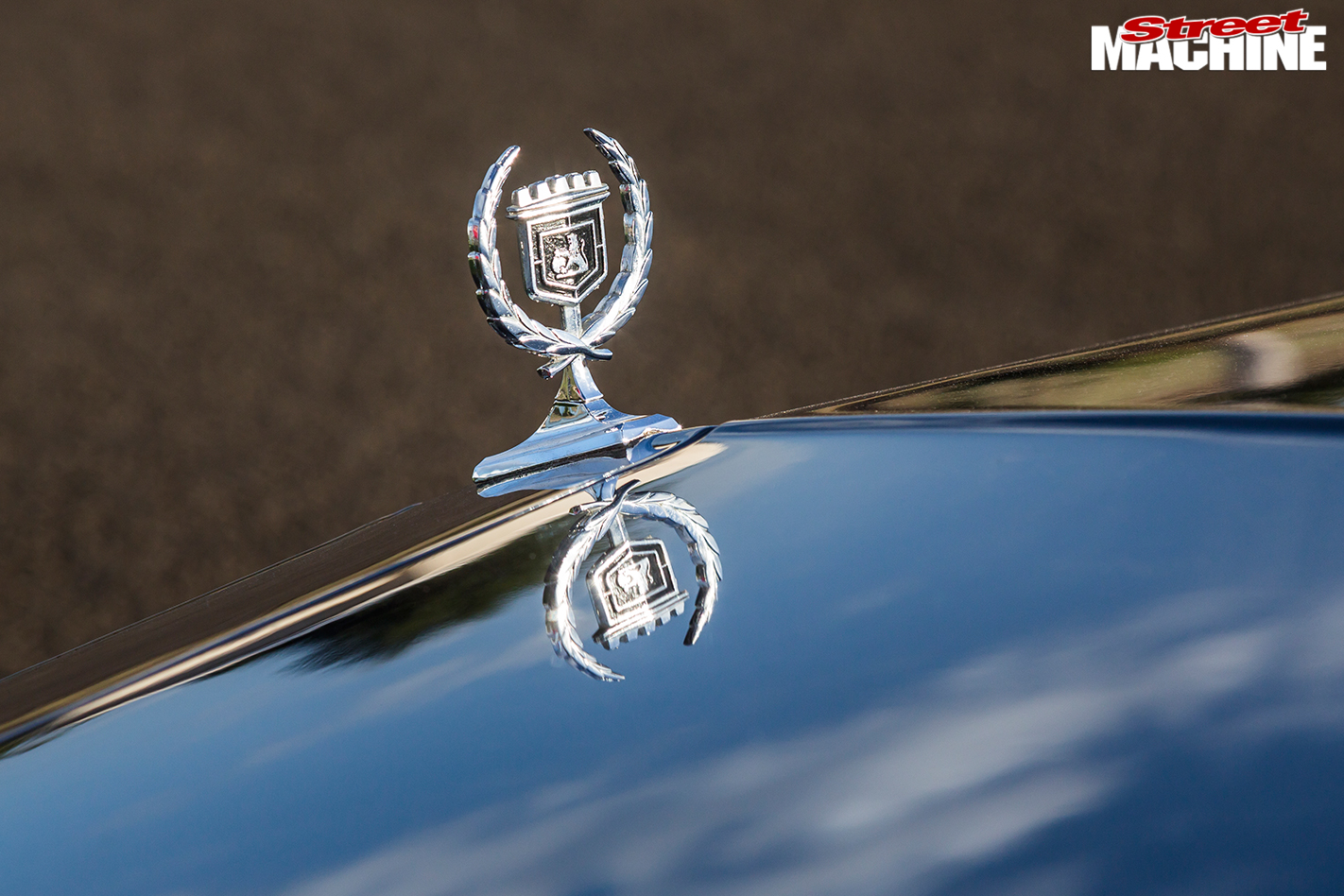 The 253 was swapped for a healthy 308 that John and Scott had built by a bloke in Mount Gambier. He added Yella Terra stage three heads, ported, polished and fitted with a set of 1.94in and 1.60in stainless valves. Yella Terra roller rockers, L34 pushrods, Speed Pro lifters and a custom-grind high-lift cam rounded out the valvetrain. A set of 11.5:1 Speed Pro pistons finished off the deal, and the mill was backed by the stock four-speed and Salisbury limited-slip rear end. 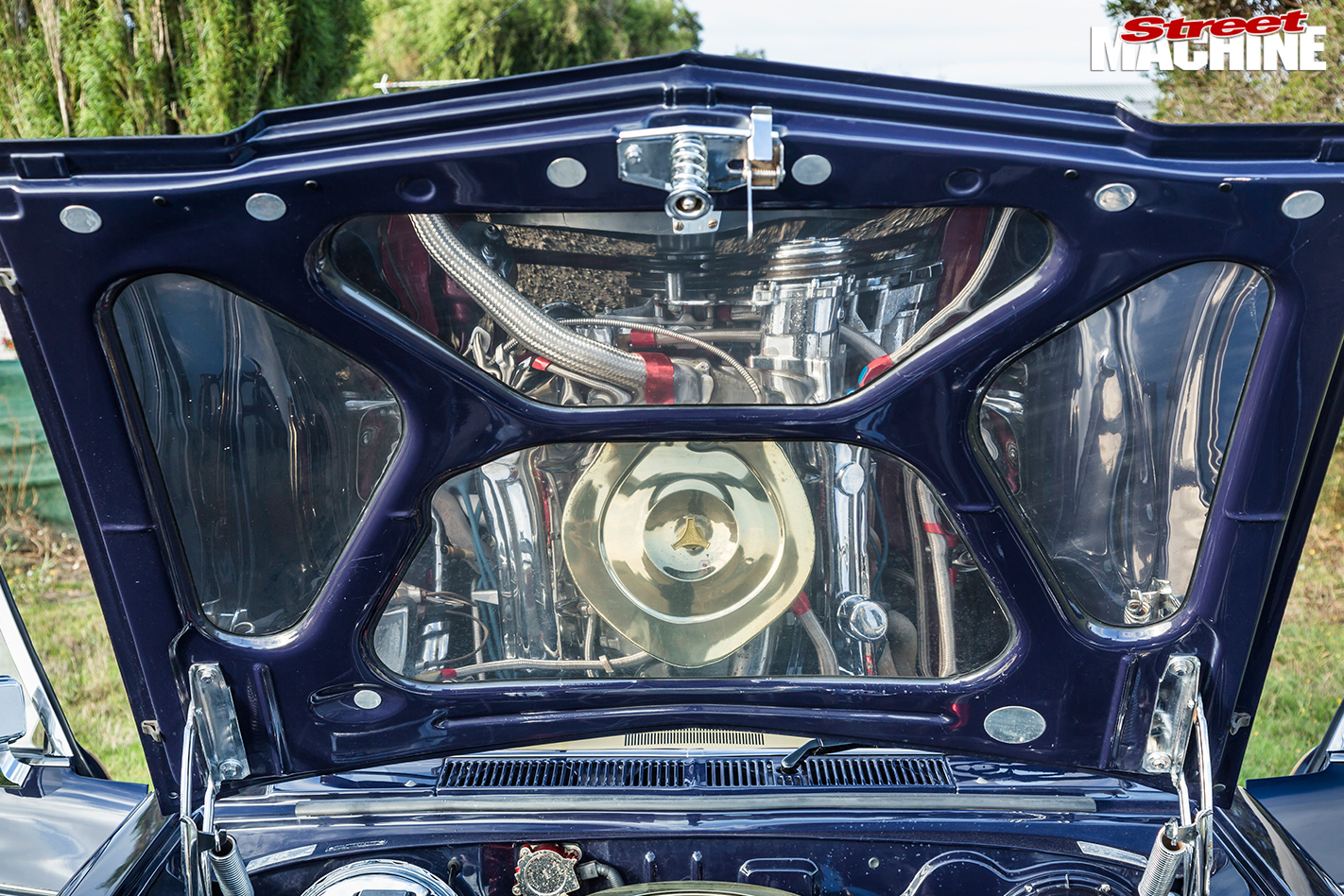 After the ute was ‘finished’, John and Scott caught the street machine bug, buying a ’77 Camaro that they intended to build into a more serious blown show car. But after realising how much it would cost to build the car to show standards, plans changed. “I was ready to forget about building a big fancy show car,” John admits. “But Scott was hellbent on building the best car in the country, so once the Camaro was out of the question, he reckoned we should continue the ute build.” 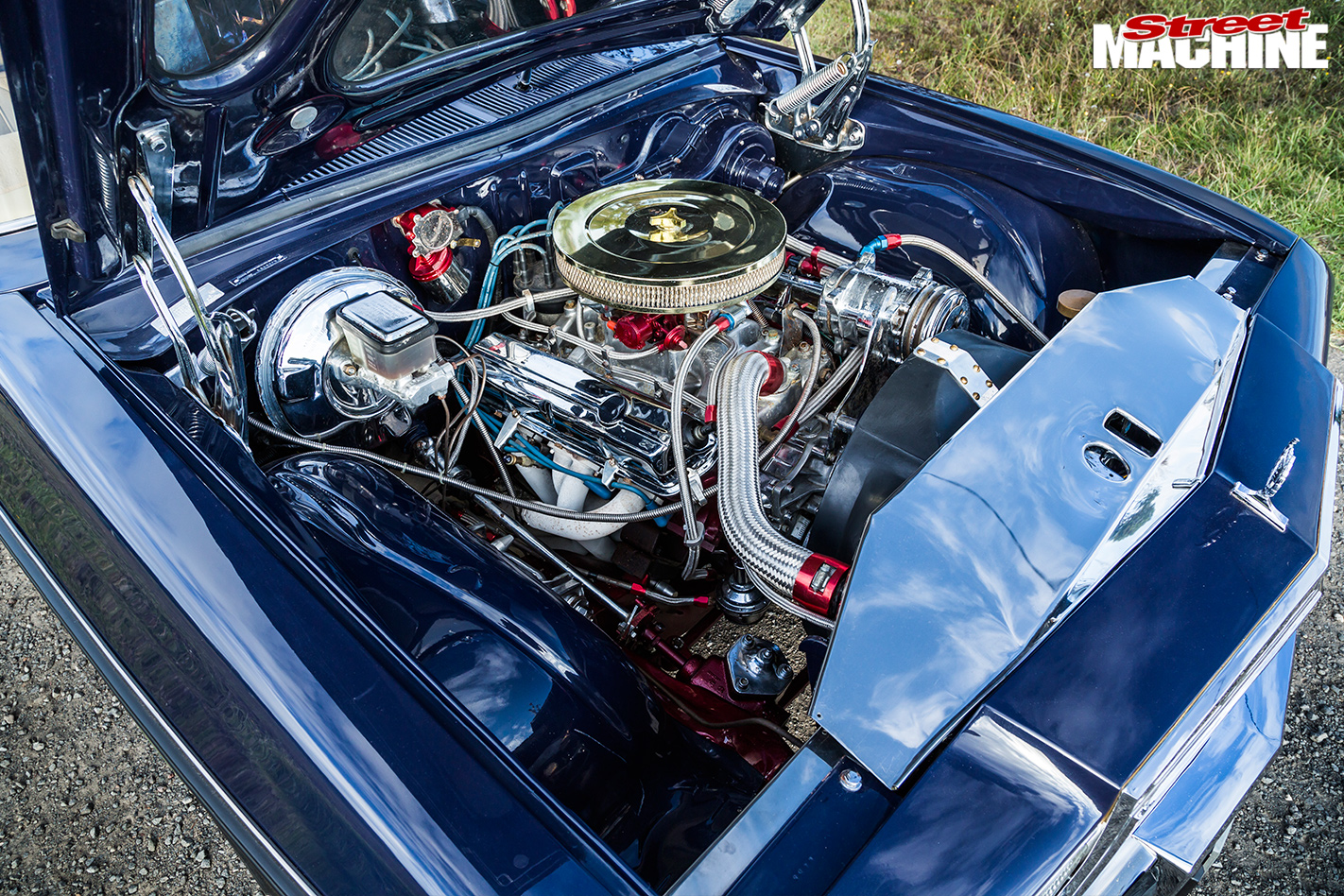 So father and son set to work. The WB’s engine stayed mostly the same, save for lashings of chrome, red detail paint and gold accents, but the rest of the body got plenty of lovin’. All the seams were welded and smoothed, before two coats of Indigo two-pack and five coats of clear were applied. Even after all these years, it retains its mile-deep finish. 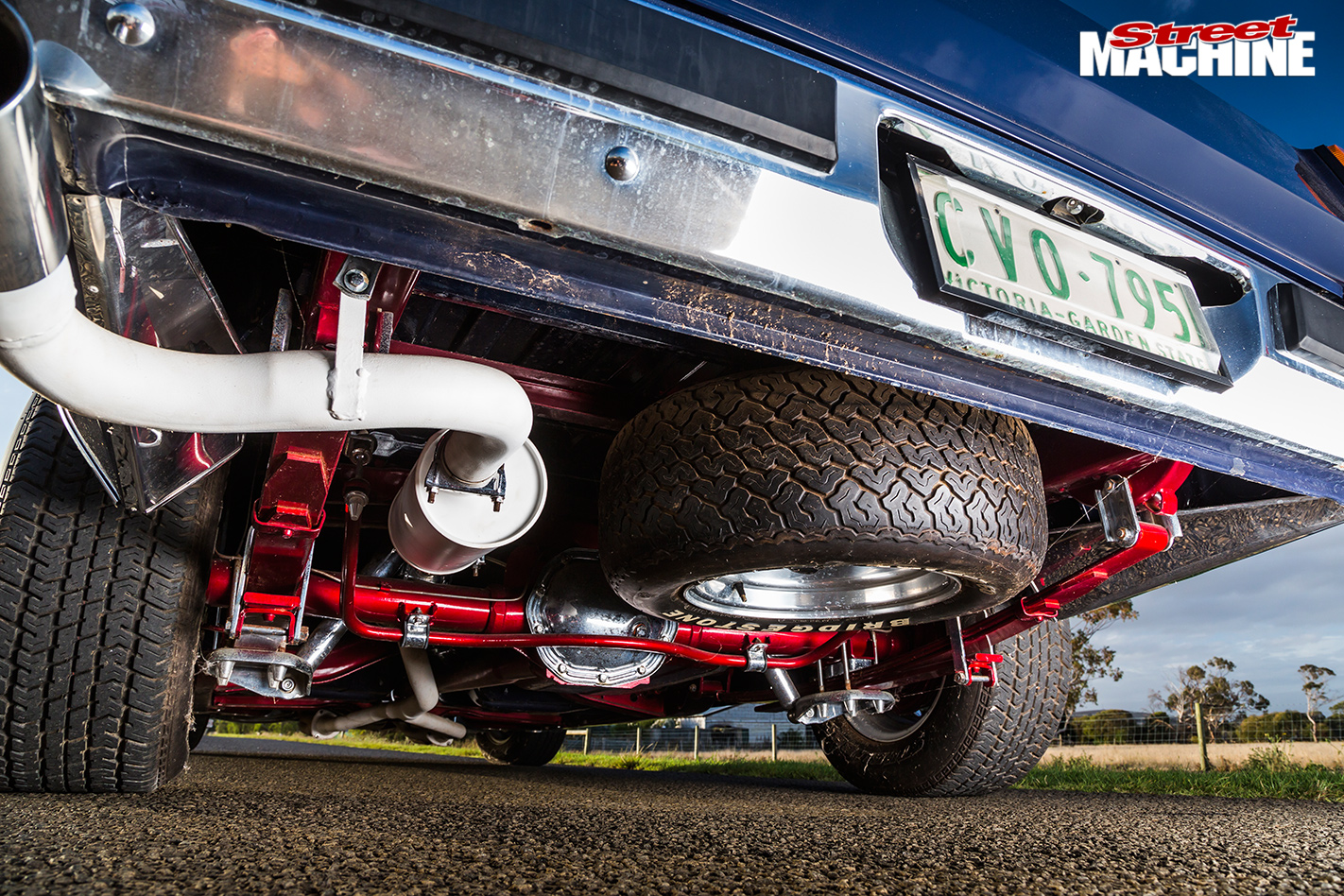 But the big work happened underneath the car. The undercarriage was smoothed, and the full chassis and driveline was sprayed in Candy Apple Red, with a pair of white 2.5-inch pipes to contrast. 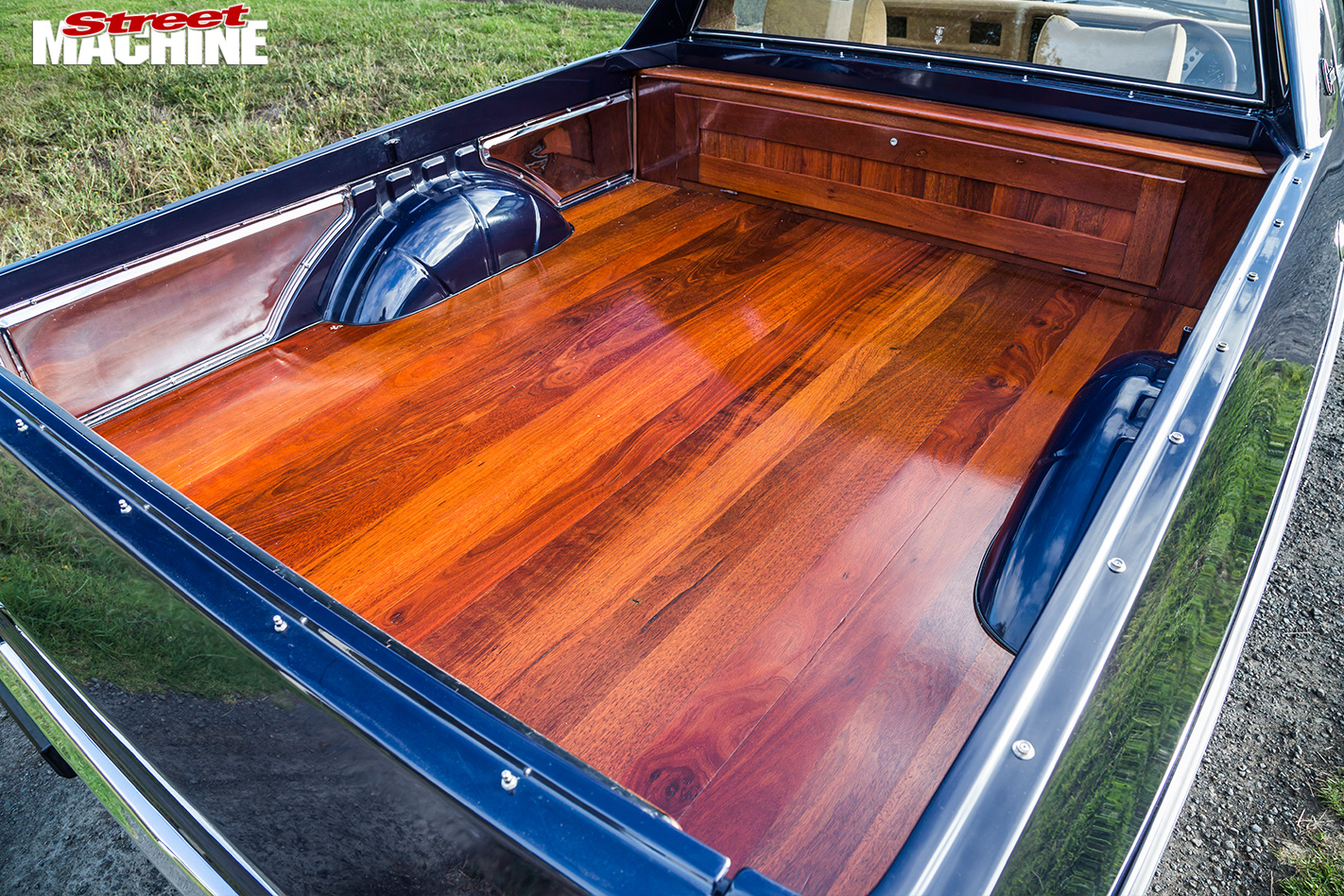 The ute hasn’t hauled much cargo since its meticulous ground-up rebuild, and the custom jarrah tray remains in pretty reasonable condition today. “We gave it a few coats of stain back when we took it to Summernats in ’89, and haven’t touched it since. It’s held up all right,” John says. 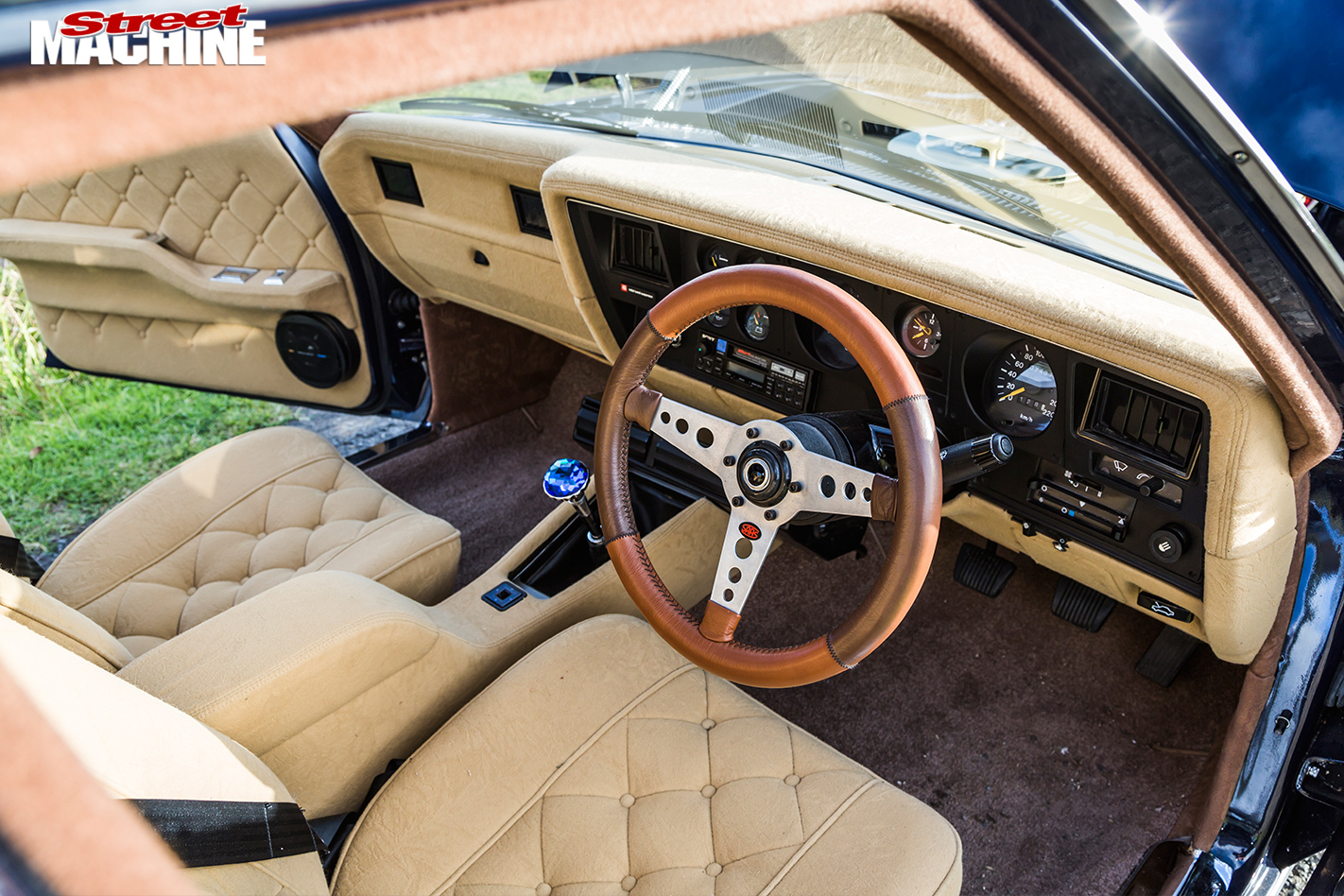 Interior-wise, this ute is one hell of a blast from the past. Commodore SL/E buckets were fitted and upholstered in beige and brown velour – all the rage in the 80s. A GTS dash, crystal gearknob, racing harnesses and a then very flash Sony XR-780 cassette player completed the build. 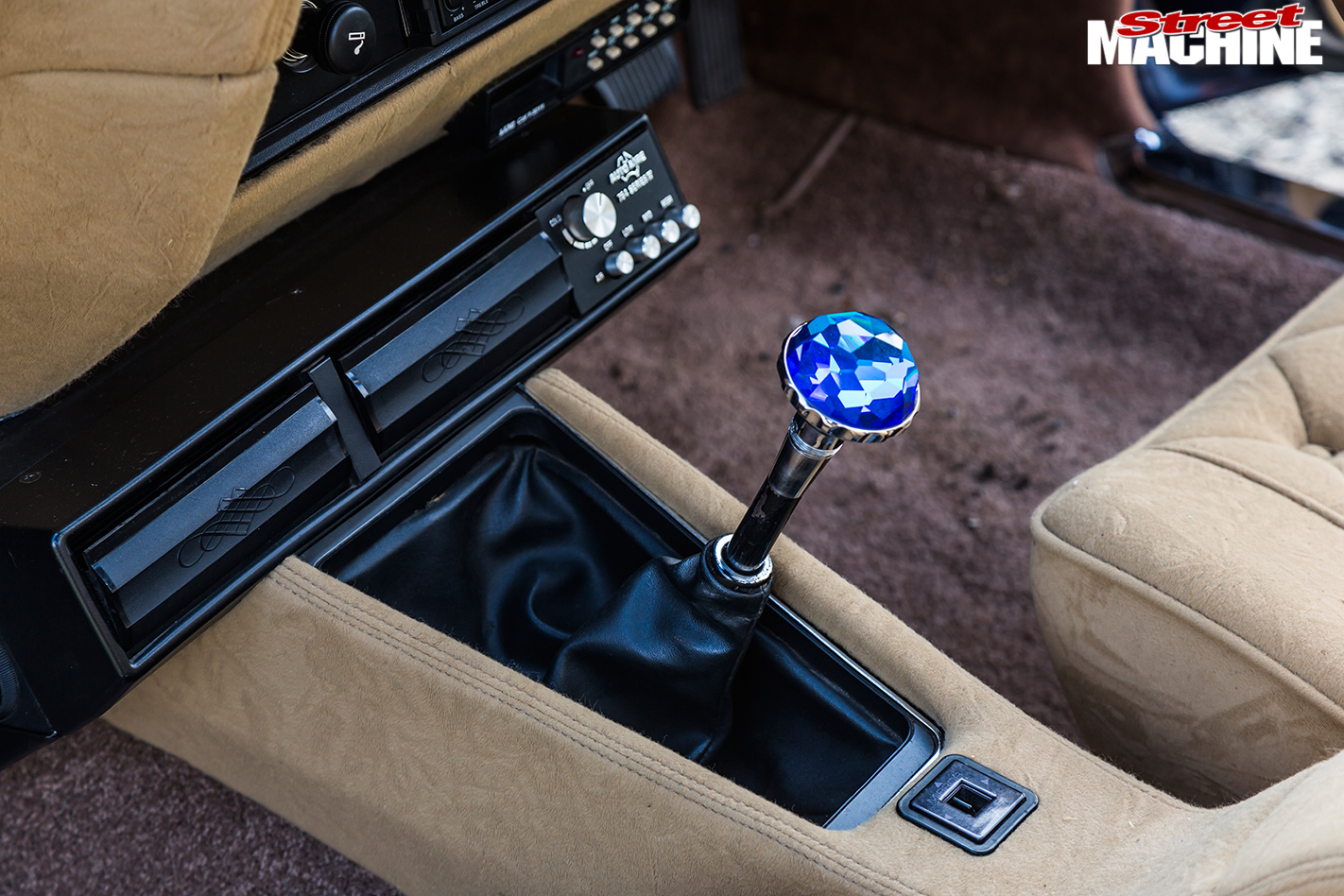 The ute won a bunch of tinware, including Top Ute at the ’88 Street Machine Nationals and Top Vehicle at the Victorian Street Machine Show the same year. 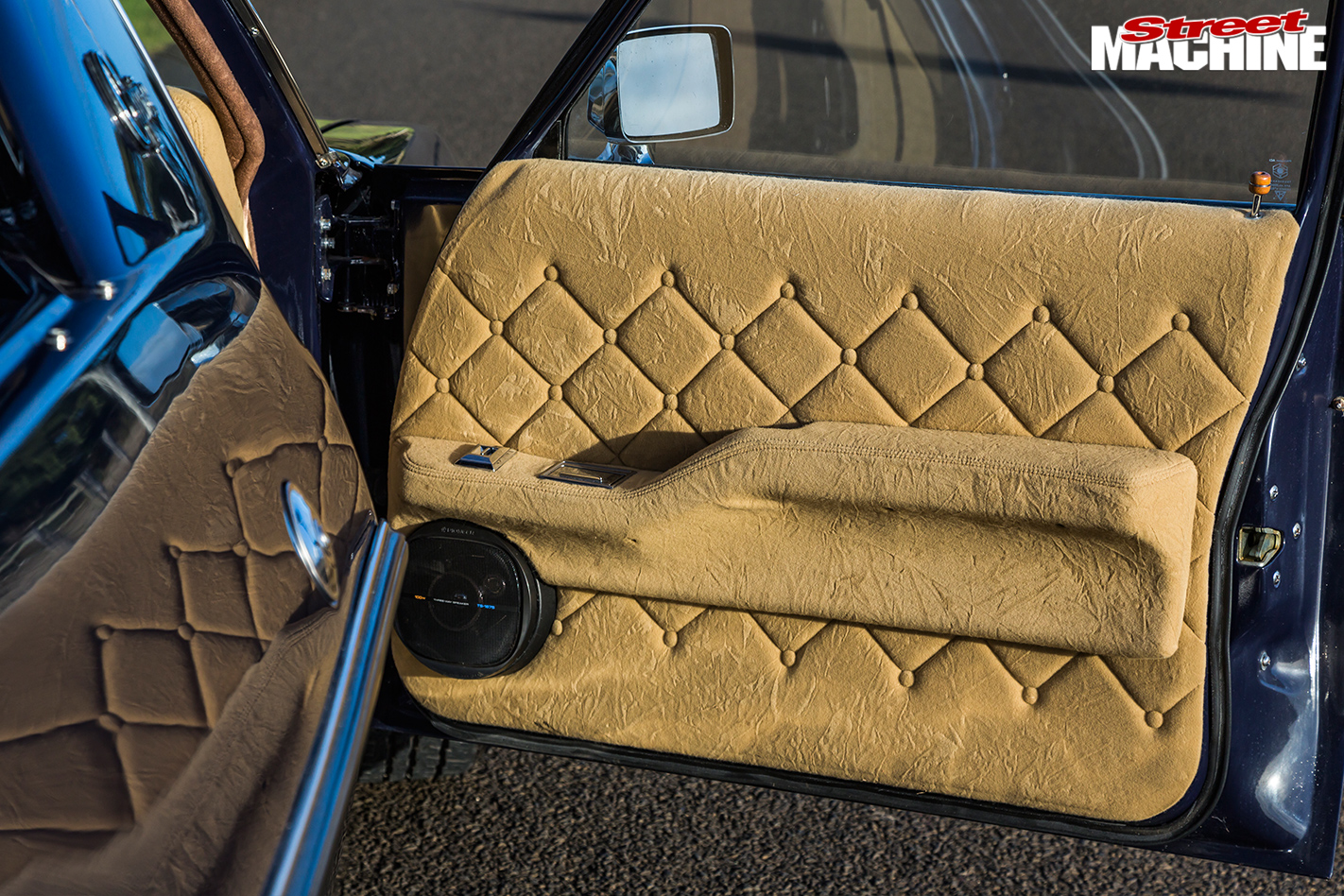 “We only got beaten at one show we did over in Adelaide,” John remembers. “Someone was playing funny buggers, because when the judges came to score our car, someone had put a condom in the tray and pulled a sparkplug lead.” 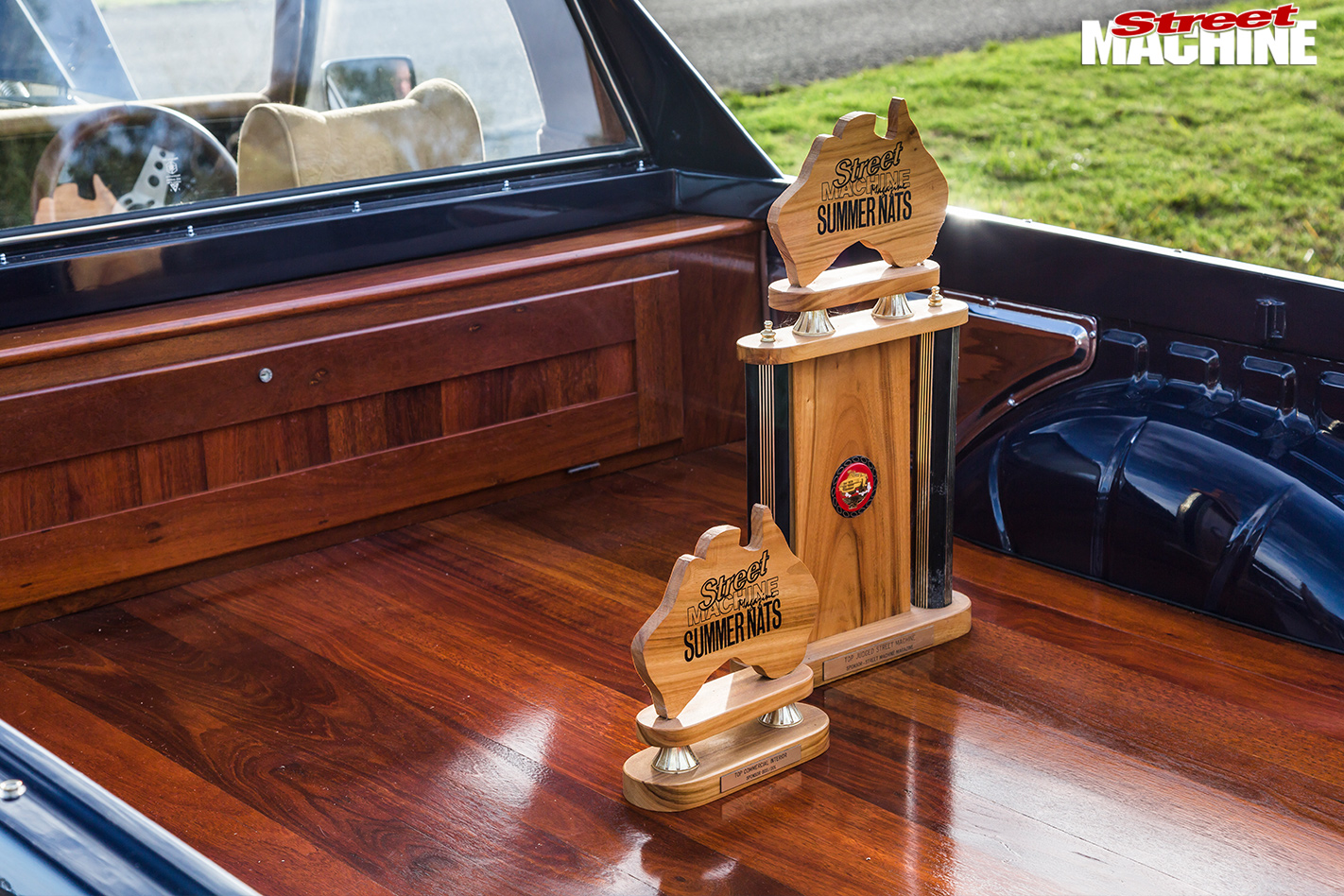 At Street Machine Summernats 1989, the ute picked up Top Judged Street Machine, Top Commercial Interior, and Top Ute/Pick-up, but it nearly didn’t make it. Funnily enough, the Camaro that was going to be the show car ended up becoming the pair’s tow vehicle, and it had trouble stopping the two-tonne-plus car and trailer. 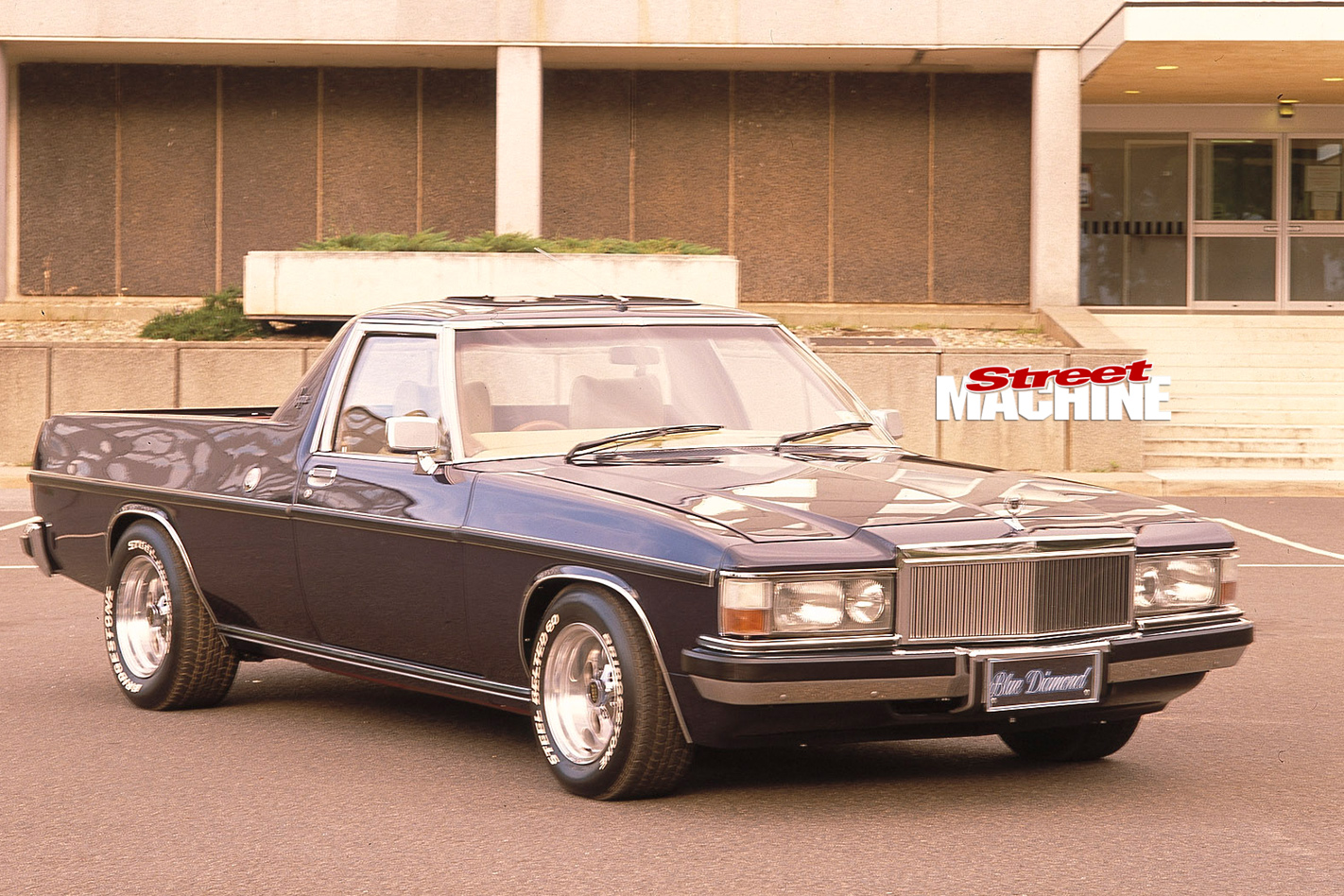 The ute was a trophy magnet in its day, including a bumper haul from Summernats 2 in 1989

“Then when we got to Summernats and started cruising, I hopped in the tray while Scott drove, and as you do at Summernats, he got a bit eager on the throttle and bloody launched me out the back of the thing!” John laughs. 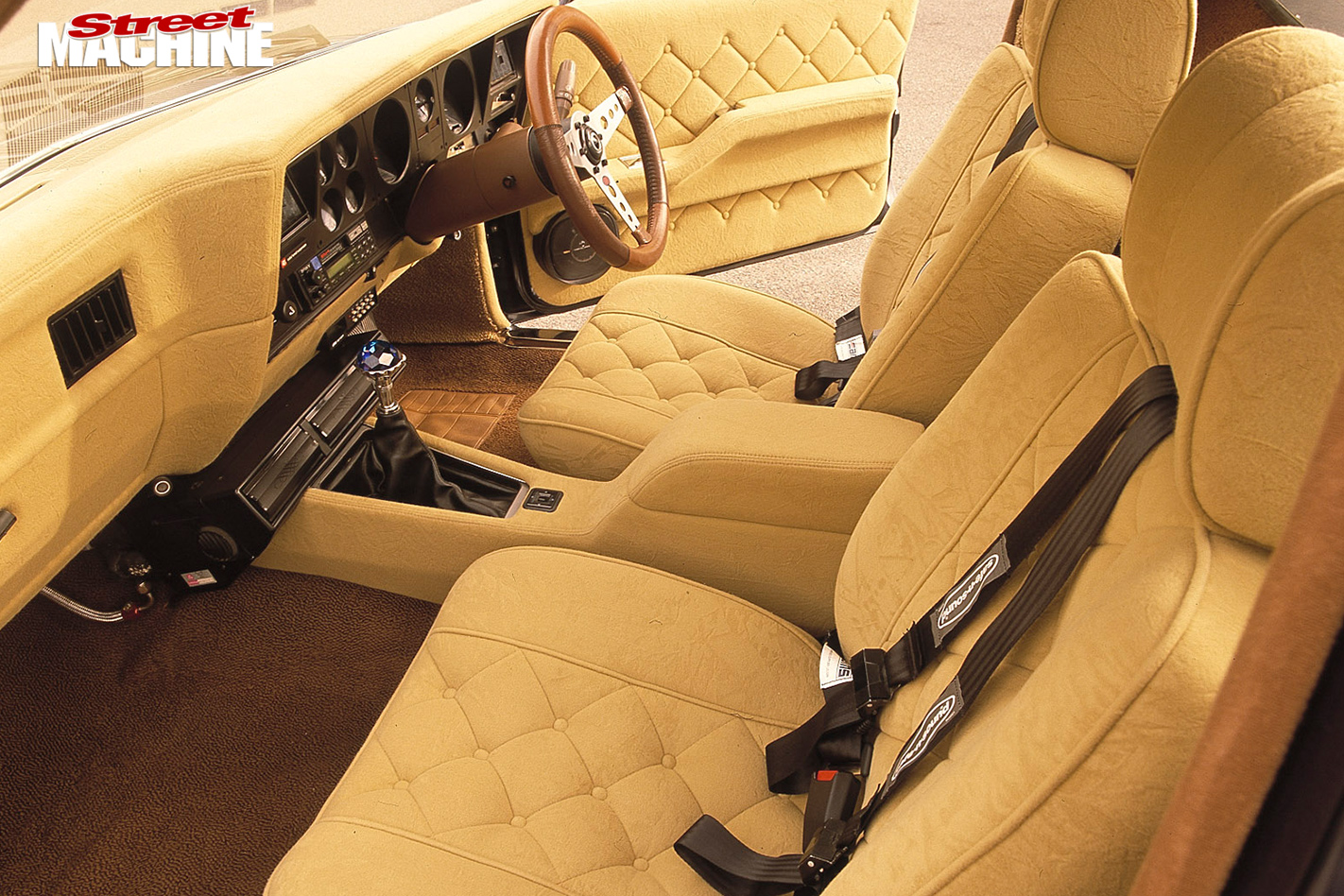 It still looks just as it did 27 years ago

According to John the old girl flew back then, though these days it doesn’t get driven much. Scott lives on the Gold Coast and John is well into retirement, and with no power steer and a heavy clutch, he reckons it’s hard enough just getting the thing out of the shed. 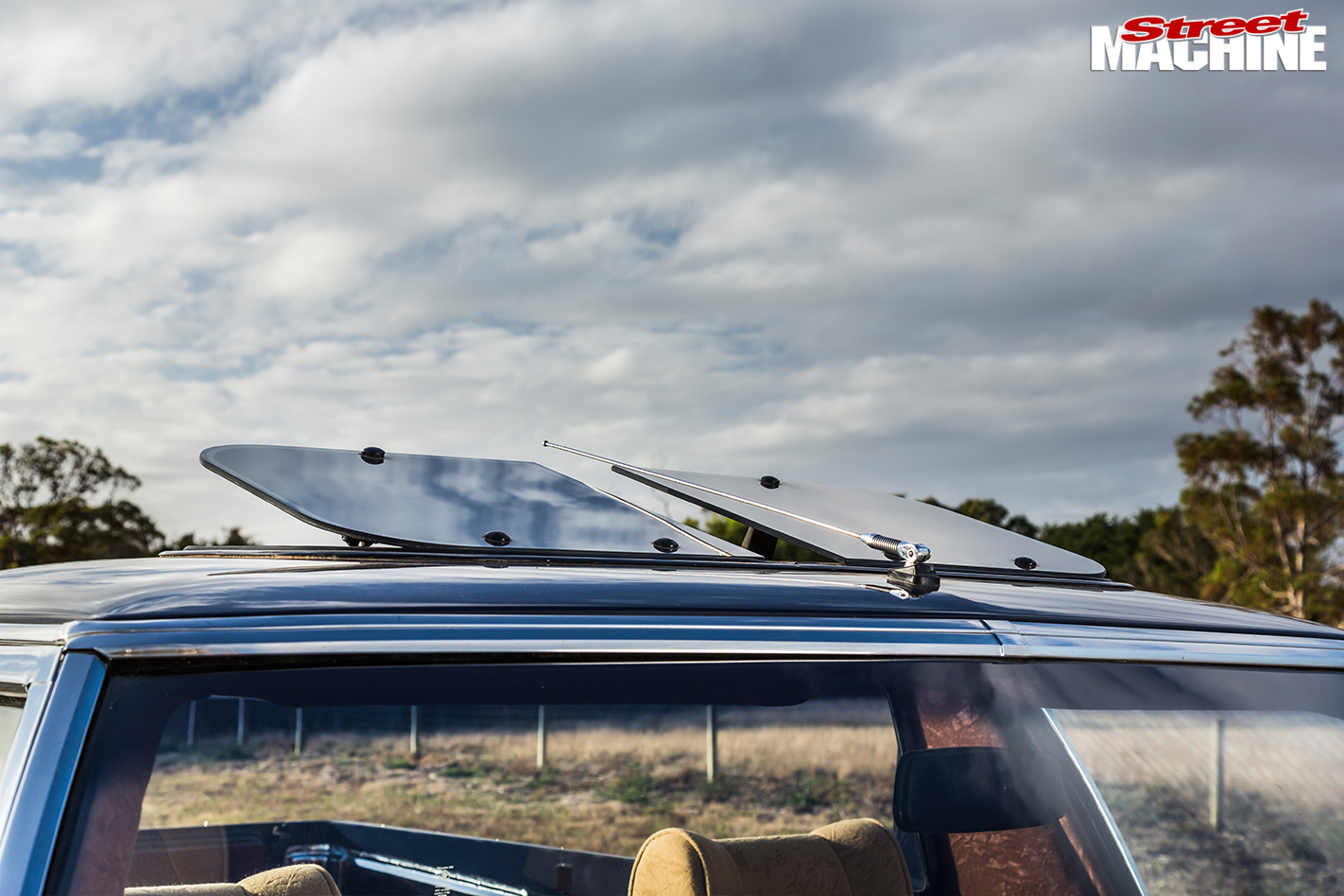 “We had a lot of good times with the car and my son and I developed a really good bond over it that we still have today,” John says. “After the accident and we started modifying the ute, Scott told me he wanted to build the best car in Australia, and we did it.” 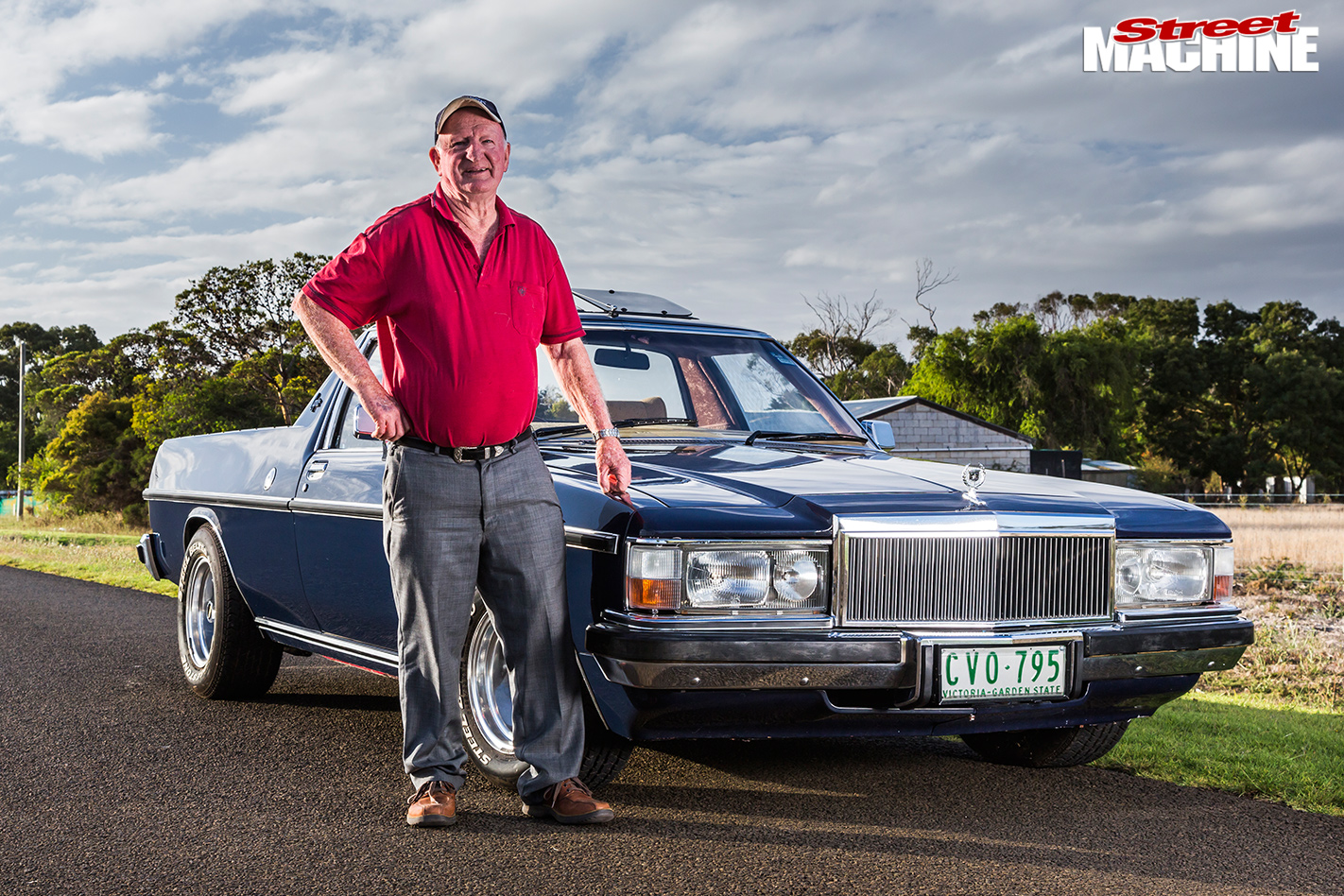 Since this article was first published, McLachlans have put their ute on the market. See the ad for sale here at TradeUniqueCars.com.au