HOLLYWOOD stuntman Jeremy Fry is a 14-year industry veteran with over a 120 credits to his name, including The Dark Knight Rises, Batman v Superman and John Wick. So when he saw the script for his latest gig, the car-centric action-comedy Baby Driver, he knew it was going to be more fun than most.

“When I saw the script, I knew I’d hit the jackpot,” Jeremy says. “What stunt performer in LA doesn’t want to double the lead actor in a movie where the character is a getaway driver and there’s car stuff the whole way through? It doesn’t get any better than that!”

Directed by Edgar Wright (Shaun of the Dead, Hot Fuzz), Baby Driver stars Ansel Elgort (The Fault in Our Stars) as the eponymous ‘Baby’, a getaway driver who – unbeknownst to his girlfriend, Deborah (Downton Abbey’s Lily James) – is conscripted by Kevin Spacey’s ‘Doc’ into an all-star crew of bank robbers. This posse includes Jamie Foxx, Flea from the Red Hot Chili Peppers, and Jon Hamm and Eiza Gonzalez as the gun-toting husband and wife team of ‘Buddy’ and ‘Darling’.

Fry makes them all look good behind a steering wheel, and says he had a great time doing so. We met with the professional daredevil in Hollywood to find out how a professional car smasher goes about his business. 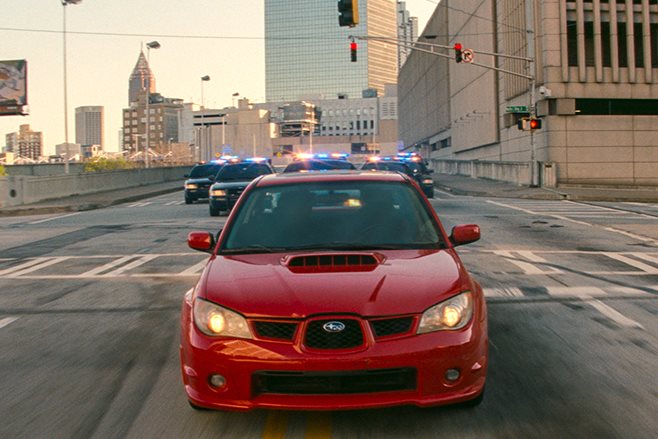 What was the main attraction in working on Baby Driver?

Look, just getting to work with a director like Edgar Wright was an amazing opportunity. And the basic premise of the story, the kind of gags [stunts] they wanted to do. Darrin Prescott, an in-demand second unit director who’s known for the driving stuff he puts together, he called me up, offered me the job, gave me the dates and said they’d be filming in Atlanta. I said, “Yes, of course.” The main character is a getaway driver, why would I not want to do it?

How did your work on Baby Driver compare to previous films?

For starters, I got to have a lot more say and was more involved with the development of the different sequences. That happens more often on smaller budget films; not big studio movies like this. So for me, one of the things that was different was that I got to flex my creative muscles. But the main thing that set this one apart is that the gags are real and that we got to do them in one take. To a car guy, these shots are really cool.

Quick question… Why do you call the stunts ‘gags’?

Did you look at any classic heist films for inspiration when you were prepping?

Not really, though I do look at clips and sequences from old films all the time. For this movie, as we were coming up with ideas, we’d sometimes check out YouTube and try to find clips – dash-cam images from wrecks, that kind of thing. We can then show that to the team and say: ‘This is kind of what we want to do.’ 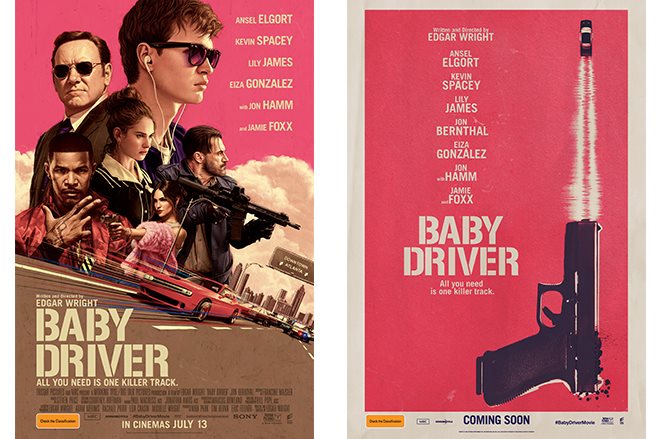 What cars were used in the film?

We used a whole bunch but the ones that we used extensively were the 2006 Hawkeye Subaru WRX, we had at least four of those. We used a Chevy Avalanche – two or three of them – and we used a newer Mercedes, 2014 or 2015, S-550 – we had two of those. We also did some work with the new Dodge Challenger, we had a couple of them. And then one of the characters drives a cop car, so we also had a new Dodge Charger.

Did you modify the cars for filming?

All of them had some work done to them. E-brakes, seat belt eyes, that kind of stuff. There was an Avalanche that had a little extra work done to it that makes going up a wall easier.

And the use of multiple cars?

You have multiples for different reasons – in case you crash one, in case one of them breaks down… Sometimes they’ll want to be mounting lights and cameras on one car while you’re shooting with the other one. With the Subaru, one them was actually converted to just rear-wheel drive and was putting out some pretty good horsepower. We had another one that was built with special aftermarket differentials in the front and the rear, and the motor was worked on a bit. That one was over 300 horsepower and we used it for some of the bigger gags.

What kind of training did you put the actors through?

We spent a lot of time working with Ansel Elgort. We also spent a good amount of time with Jon Hamm. But with Ansel we did some training at a stunt driving school called The Motion Picture Driving Clinic. We started with the fundamentals and then worked some specific gags. Darrin Prescott, our second unit director, loves to try and show the actors actually doing something, so it’s not just always the stunt double in the shot. So we’ll pick certain gags that we feel the actors can handle and plug them in so they’re actually doing it. Ansel and Jon Hamm both picked it up really fast and we were able to use them for a lot of stuff.

Just how good was Ansel by the time you wrapped?

I think Ansel thought he was better than he was when he first got there (laughs), but by the end of it, I think he exceeded his own expectations. He did a really great job. He’s from New York, originally, so he hadn’t driven as much as someone who might have been born elsewhere in the US. But what that meant was he didn’t have a lot of bad habits to break, either. So he was a really quick learner. He’s a perfectionist too, like me, which was also great. You know, it takes hundreds of 180s before you can do it without thinking about it. And he did it. He put the work in. And if they do a sequel, I’m sure we’ll be seeing even more of him behind the wheel. 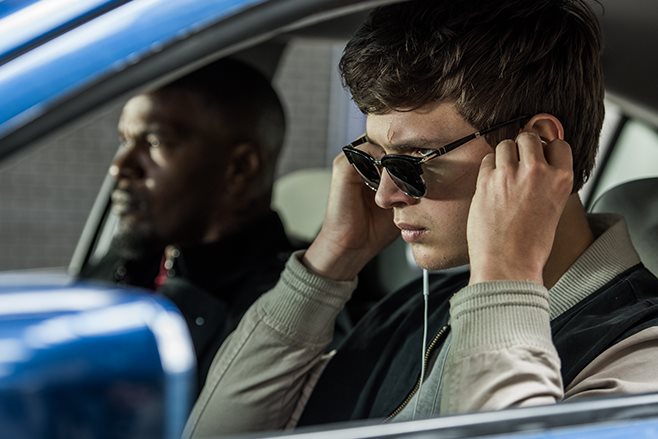 How do you decide when to the let actor do something and when to step in yourself?

There are different factors involved. Sometimes it comes down to something as simple as the actor’s availability. Sometimes they’re shooting another scene and we have to do it. Other times, you look at something and go, “Well, you’d never know that that was him so it’s not worth it to put him in the car.” If the car is really far away and you can’t see whose driving, you might as well just have it be the stunt guy.

Did anyone get hurt?

There were a few times when something would break and we’d end up munching a car a little bit. You know, the cars got injured a little bit, but not the drivers.

What was it like filming on the streets of Atlanta?

That was really cool. We filmed all over the city. After we’d been shooting for a while, every time I’d drive into to work, I’d drive by skid marks that I’d left behind earlier. I’d get on the freeway and see these gnarly, black skid marks down the number-two lane where we’d filmed a few days before. We literally left our mark on Atlanta. (Laughs)

Was that the biggest challenge you faced during production?

Oh man, there’s always challenges. You get through one and then there’s two more obstacles you’ve got to overcome. Trying to get certain locations was tough. Trying to come up with new gags that hadn’t been seen before was tough. And then there’s always the schedule. We had one day in particular with four big set-ups. And as soon as we got one done, it was all hands on deck – everything is getting loaded up and we’re caravanning over to the next location. No time for high-fives, we’re running out of daylight!

Is there a particular sequence you’re most proud of?

There’s a handful of really cool shots but overall I would say the opening getaway sequence, which features the Subaru, that’s my favorite one. Within that sequence there’s a few gags we did that were just really cool. I’m very, very proud to have been involved with that.

What kind of a road trip are we in store for?

The best thing about the car stuff that you’re going to see is that it’s all real. I can’t say there isn’t any CG, because they might put a sun-flare in there somewhere to block my face – that kind of thing. But all the gags you see have not been enhanced to make them possible. None of it is shot on green screen, everything you see is what we actually did. And the stuff we did was pretty cool. I’ve never been so proud or excited to see something I’ve worked on up on the screen. At the risk of jinxing it, I think this is going to be one of those movies that people will look back on and say, “That was really something else.”