JUST about anyone who has built a neat street machine has a hard luck story – hidden rust, unscrupulous panel beaters and bits that don’t fit. How encouraging it is, then, to meet a bloke who had luck on his side.

After playing with a HJ ute and a couple of one-tonners, Geelong cabinet maker Mark Thomson decided that what he really wanted was an early Monaro. This was back in early 2001 – before the price of early Monros really went through the roof – but even so, raw material was hard to find and pretty darn expensive. 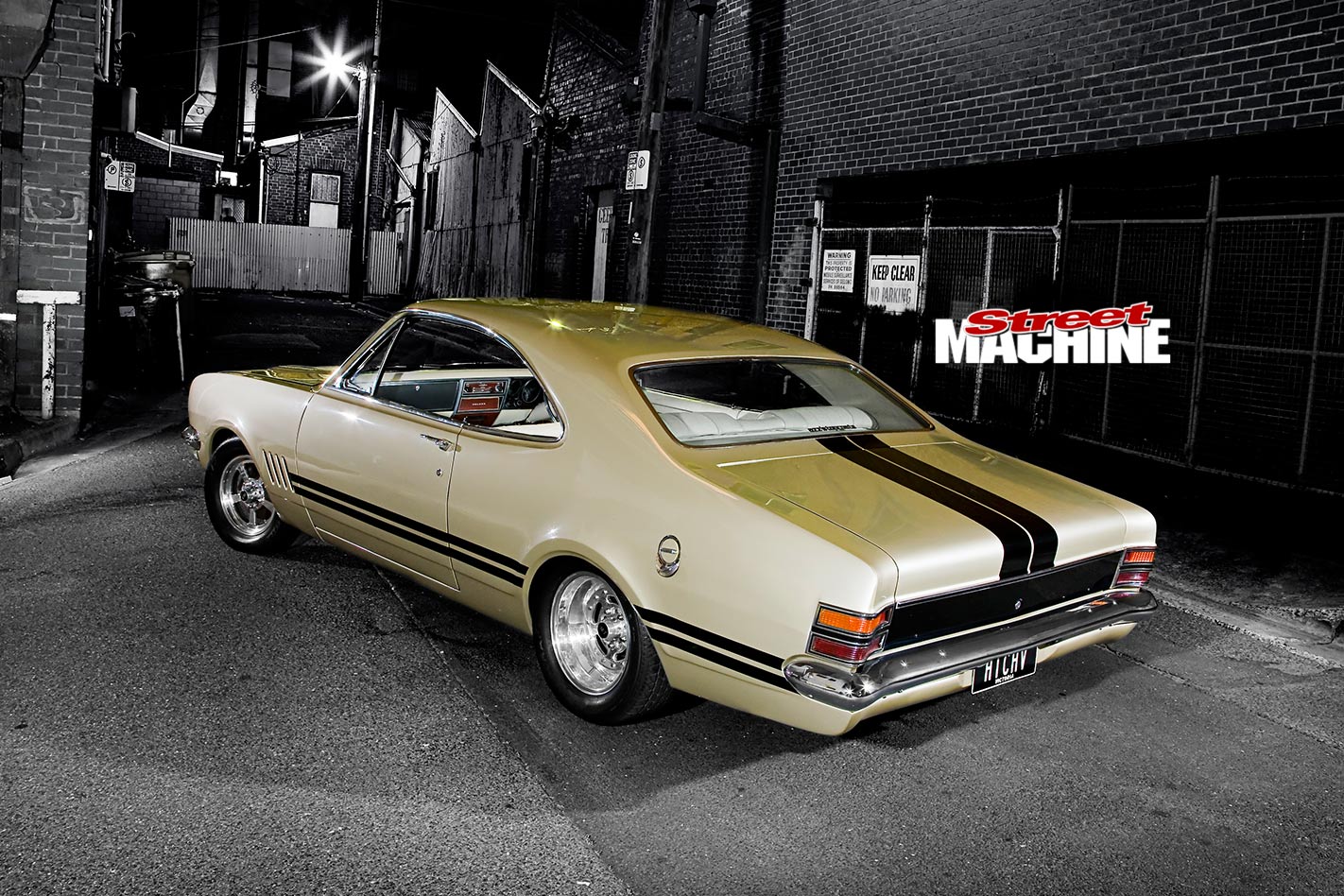 “I found one I really liked in our local paper,” says Mark. “It was the next suburb over, which was perfect, but the price was way out of my budget and the bloke wouldn’t shift. I kept on looking and a few months later an HT popped up in the Trading Post. I zoomed around there to look at it and it was the same car!

“The bloke’s wife had bought it for their 10th wedding anniversary, but the project was too big for him. It was a rolling shell with some boxes of parts, but it was a good starting point and the price was half what it was at the start of the year. Happy days!”

Getting a straight Monaro shell on the cheap was a neat way to start the project, but there was more good luck to come. 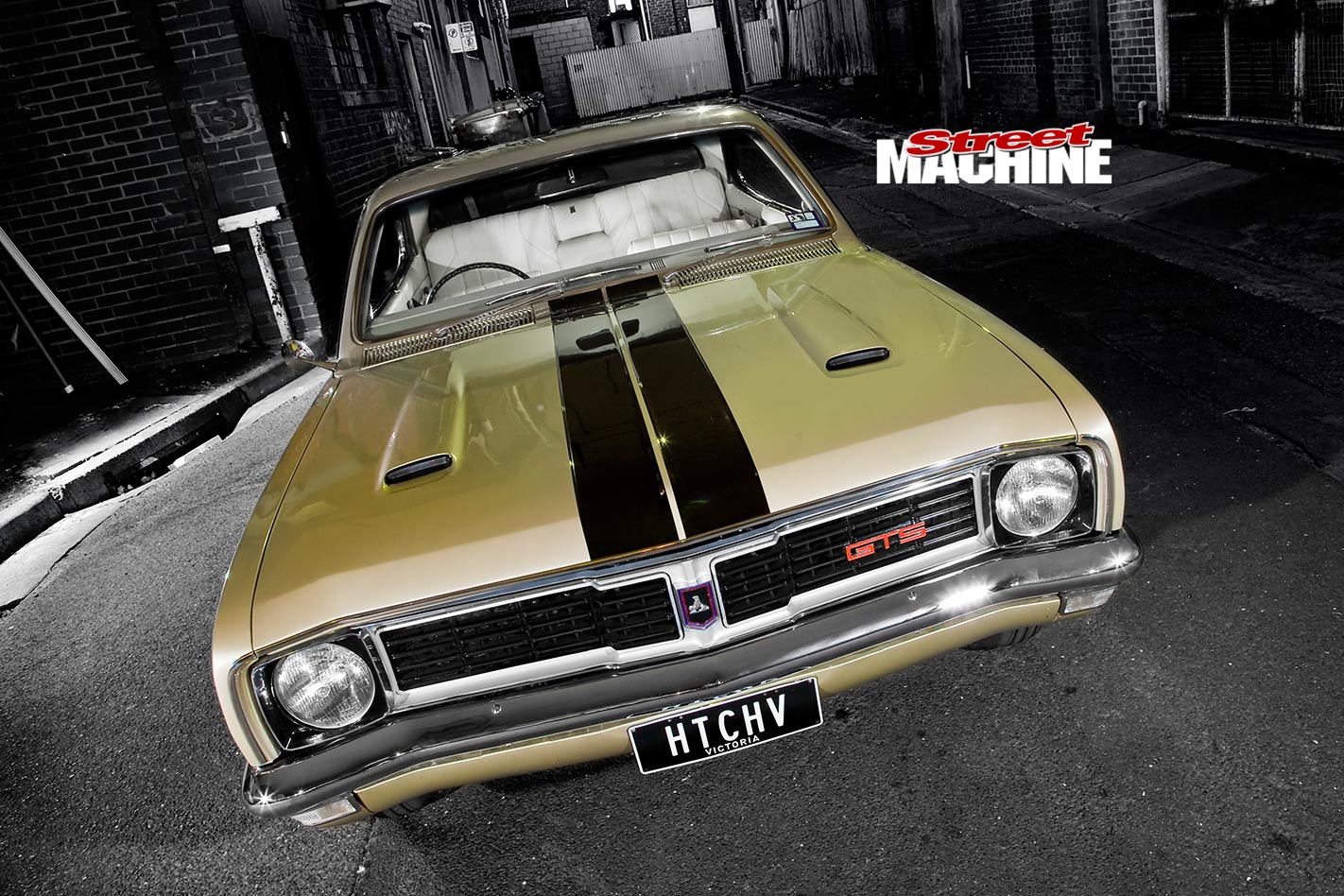 “I was at the point where I really needed to decide what colour to paint the car and I couldn’t make up my mind,” says Mark. “For some reason, I was going through one of the boxes that came with the car. It had a couple of wiring looms in it and when I tipped it all out, some compliance plates fell out.”

They turned out to be absolute gold for a bloke who thought he was getting a garden-variety Monaro.

“It turns out the car was a 186 GTS! The original colour was Platinum Metallic, with Sandlewood interior. The boys at GMH got it right the first time, I reckon, so I went for that.” 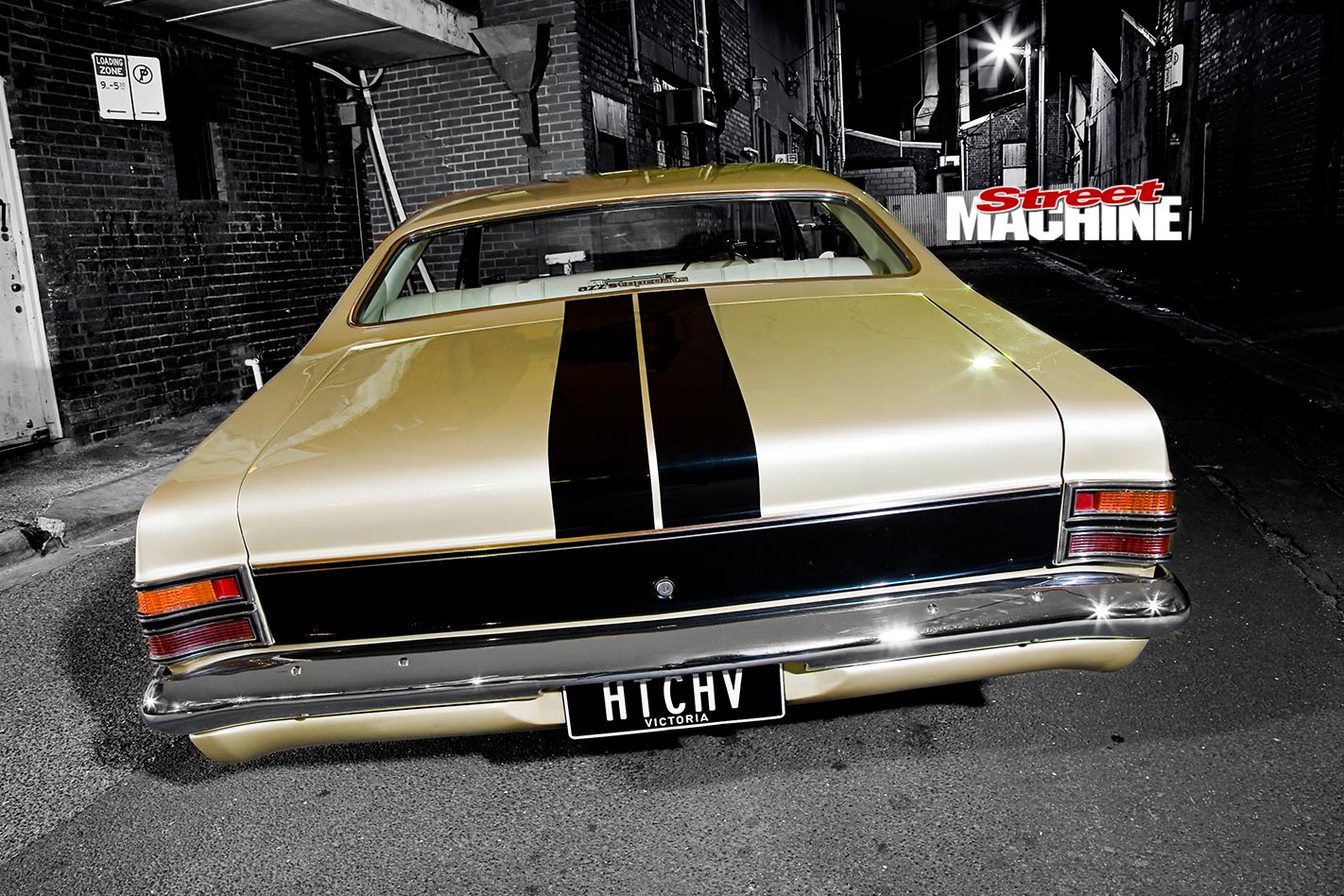 Now that Mark had an even more collectible GTS on his hands, he decided to aim for the improved muscle car look – retaining all the original details that made the car so cool, such as the thin factory sports tiller, radio blank panel, skunk stripes and such.

“Tracking down all the missing GTS bits was hard work,” says Mark. “I found some of it on eBay and some from Bellarine Classic Autos who specialise in Monaro parts. The interior trim came from Winner Products in Adelaide – they are the only mob I could find who could do the basket-weave trim the same as factory.”

While Mark went to a lot of effort to get the GTS details just right, the car was never going to be a faithful resto, it had to have a bunch more attitude and grunt as well. The attitude improvement simply comes down to a set of delectable Mick Thomson rims and a nicely lowered ride height, while the grunt comes from a 400ci Chev that was screwed together by Mark and his good mate Mark Drew. 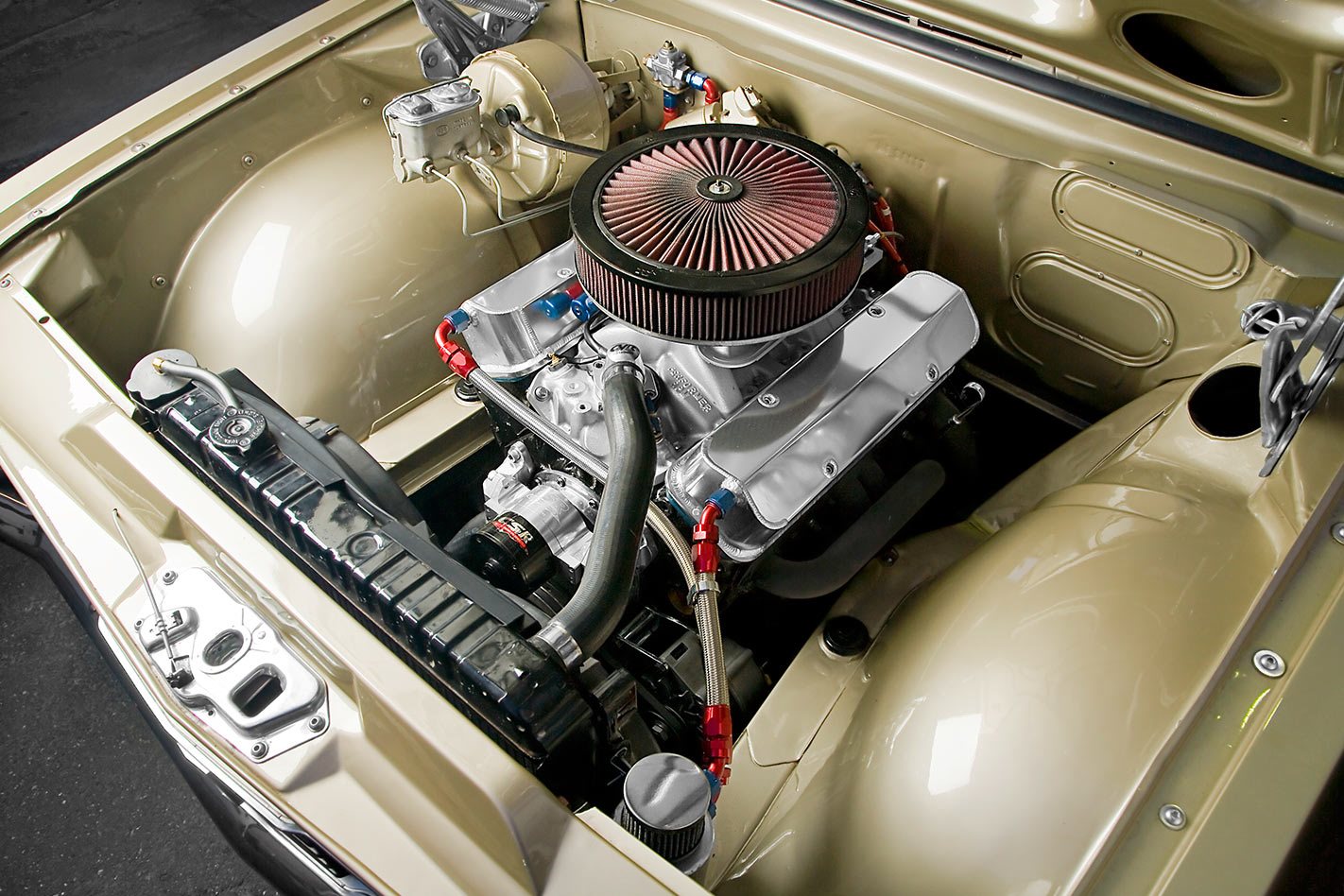 The engine is a stout 400-cuber, built by Pro Street stalwart Mark Drew to sound beaut, go hard and run reliably, while keeping everything under the bonnet and on pump fuel

Mr Drew is a well known-figure on the Melbourne Pro Street scene, but the boys didn’t get carried away on the Monaro’s engine.

“It’s a killer motor that is perfect for cruising and a bit of track work,” says Mark. “The most important thing for me was to have the car streetable, engineered and completely legal.” The Chev is backed by a full manual Powerglide tricked up by DTM Transmissions, a 3800rpm converter and a mini-spooled 9in – a tidy package that’s seen the Monaro run a 12.70@105mph in full street trim and drive home without a drama. 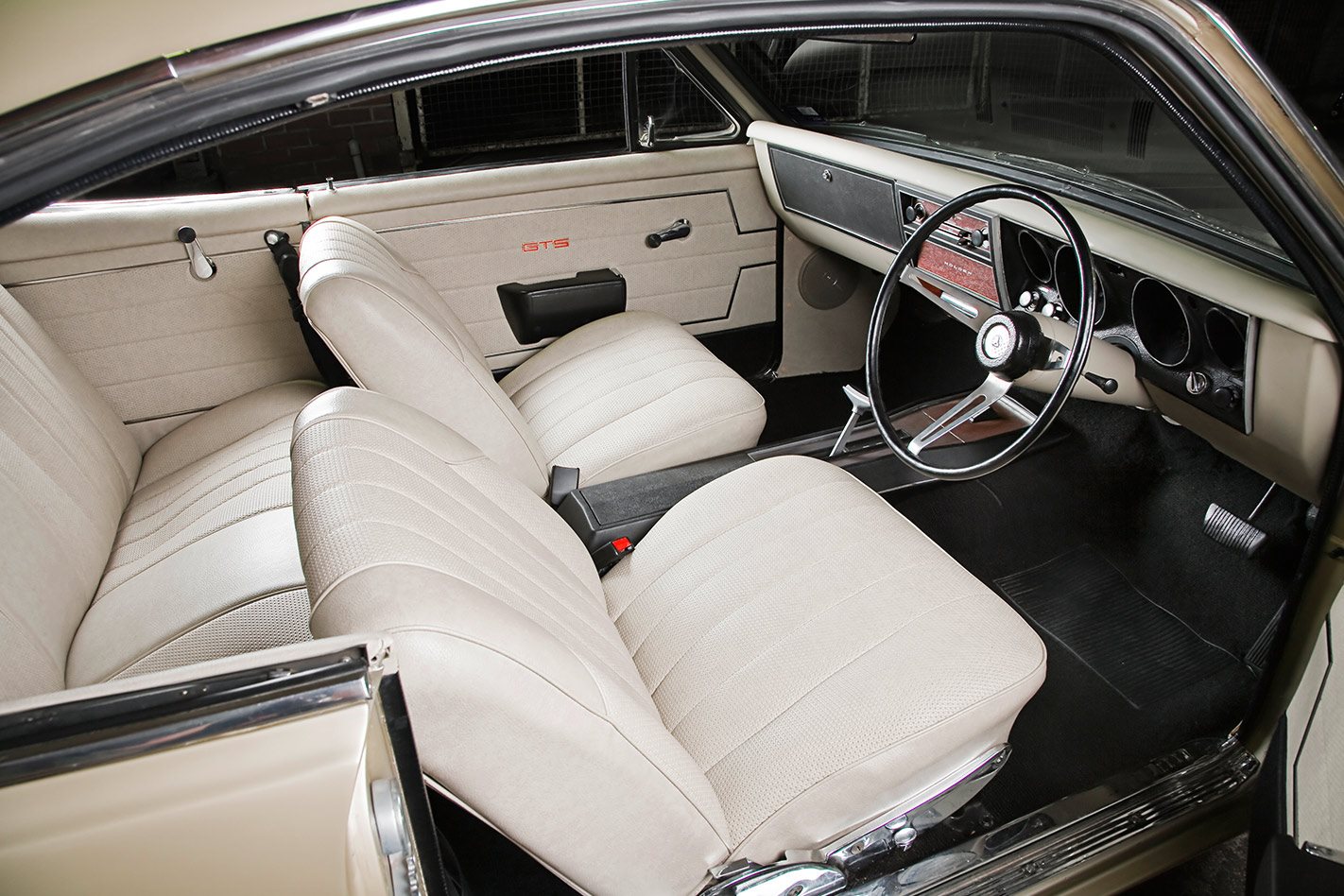 Mark recreated the original interior. "I put a Hurst shifter in it originally, but it didn't look right," he says. "I adapted the original unit for the manual shift. It took a fair bit of mucking around, but I think it looks a lot better"

The HT has backed up its performance cred with a couple of trophies, including one Top Modified Monaro at this year’s Geelong All Holden Day, but Mark is quick to give credit where credit is due.

“My good mate, Aaron Scott, did most of the panel work and the paint,” says Mark. “He is a young spray painter with experience in smash repair and resto work. We didn’t have access to a proper spray booth, so we got together with a couple of mates and built one. It is amazing what he was able to achieve in it. 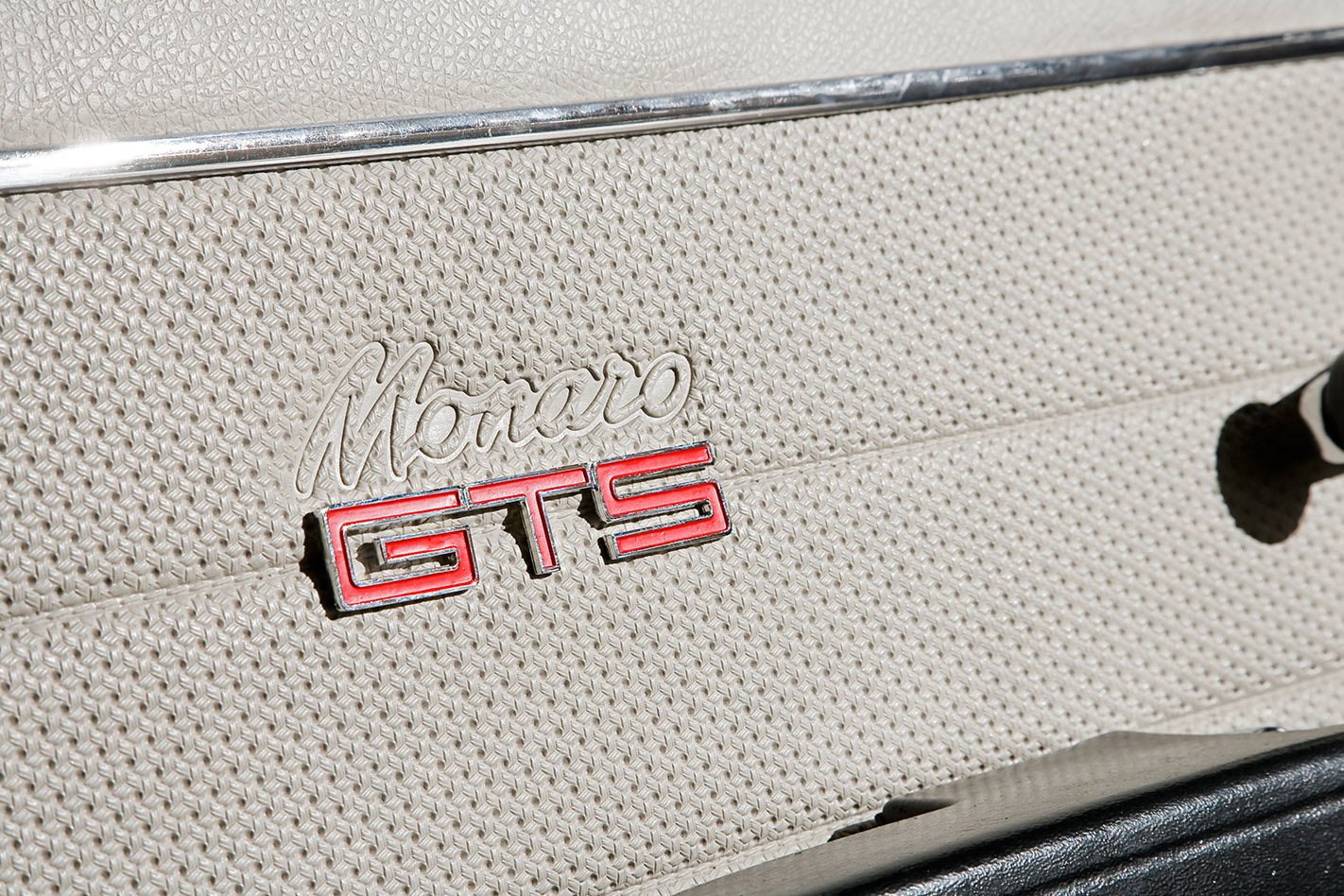 “The car wouldn’t be finished without my mates. A fair bit of trading went on, too. The guy who supplied the paint got a new kitchen cabinet and another mate got a new laundry!”

Having a supportive partner is also a key. “My wife, Jodes, didn’t have much of a background with cars, but she has been amazingly supportive and has worked with me to build my dream car. She really enjoys going for a cruise down the beach or out for brekky and just hanging out around cars. Without her, this car could never have been built.” 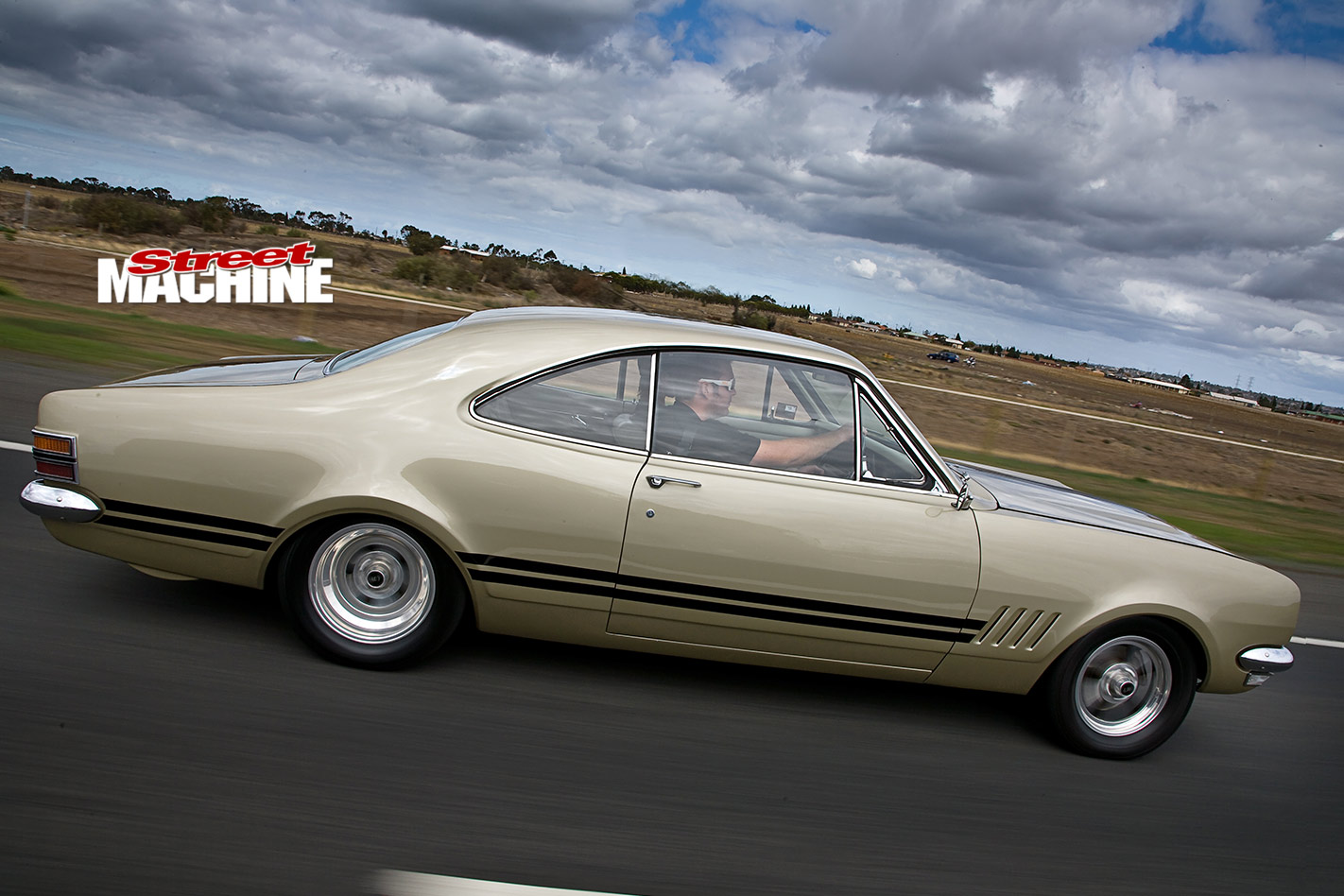 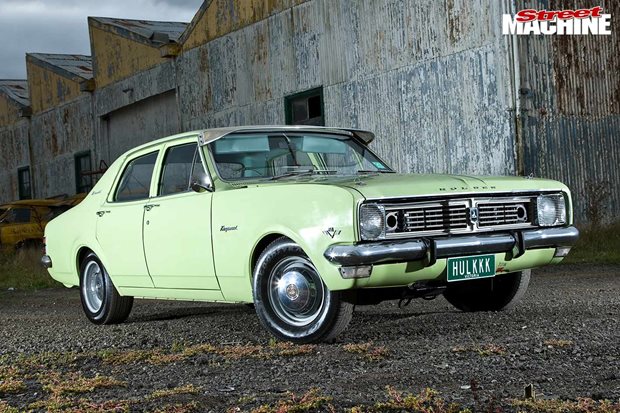 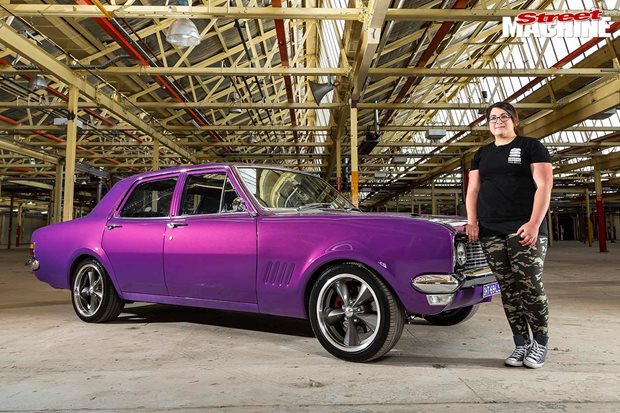 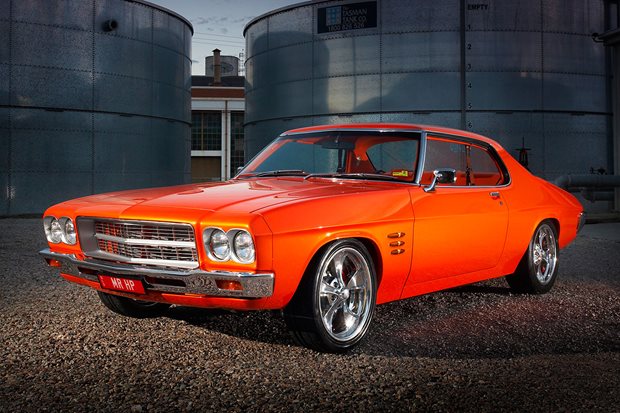 Sure, this Holden HQ Monaro was built for the show circuit. But only until it hits the street 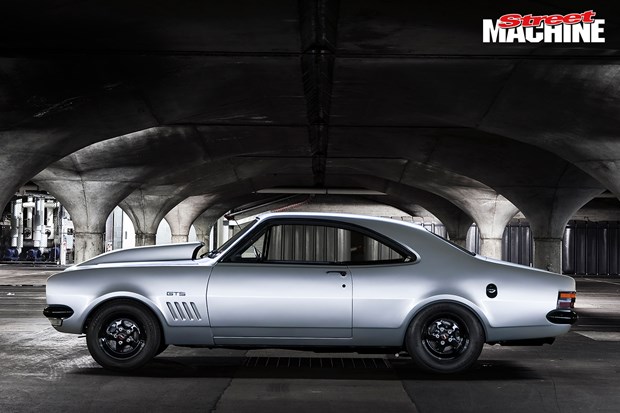 According to Matt Kernke a cruiser should always run tens, naturally his 355-cube HG Monaro GTS does just that