Fixing the damage after a fight is always part of the fun says Alf Pagano after the third rebuild of his twin-blown Holden HD, 'Donna'

DONNA, you bitch!” Alf Pagano growls as his HD spews green liquid like a Schoolies teenager after too much Midori.

His old Holden — that’s Donna — has come a long way from rusty family transport to twin-supercharged showstopper and the road to success has tested his patience many times. 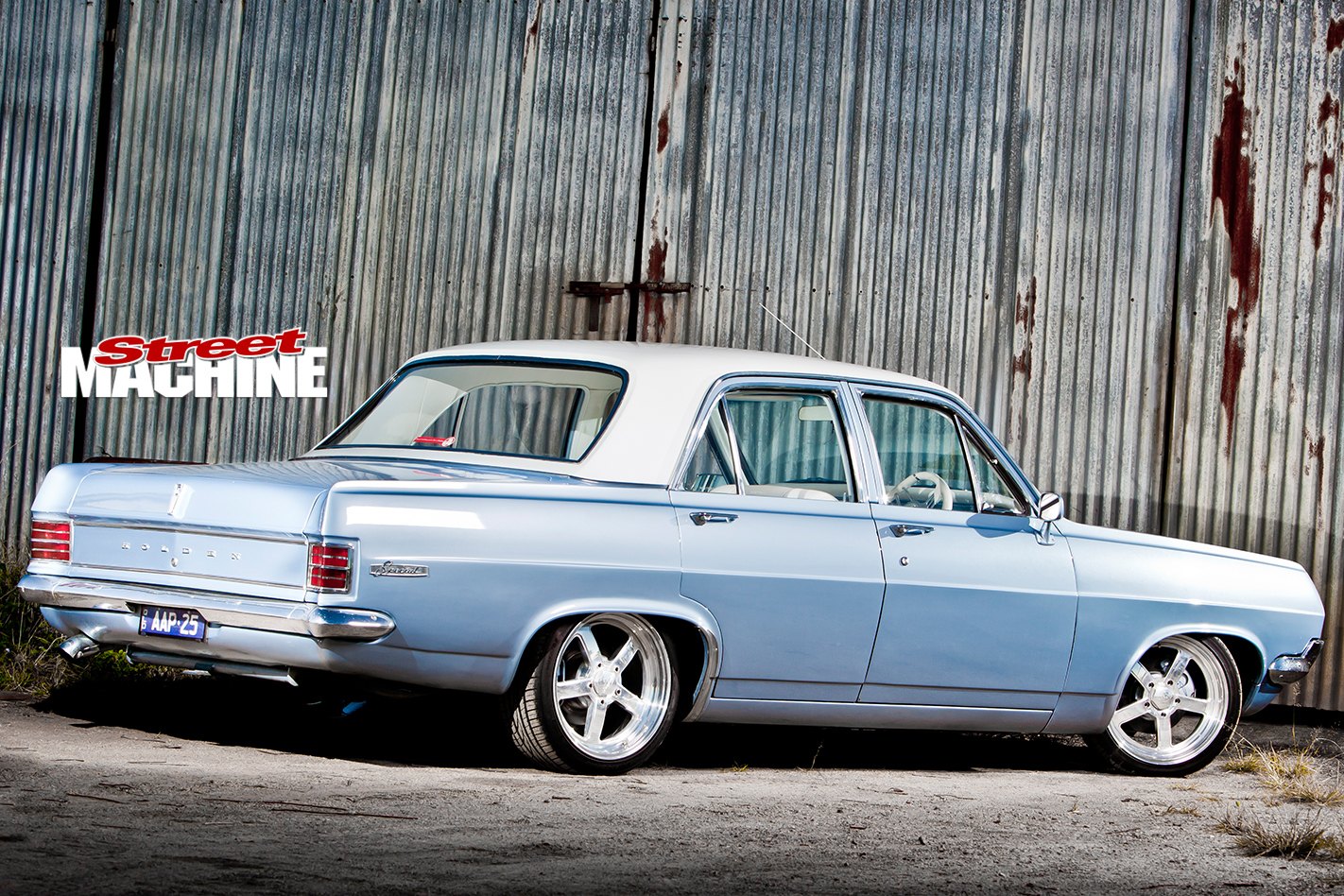 People name their cars so they don’t feel stupid talking to, and sometimes caressing, a lump of metal but it also helps in moments like these when a temperamental old girl blows her cool.

By the growing river of coolant and clouds of steam emanating from the front of the Holden we know something has happened; we just don’t know how bad it is because the bonnet release cable has snapped. 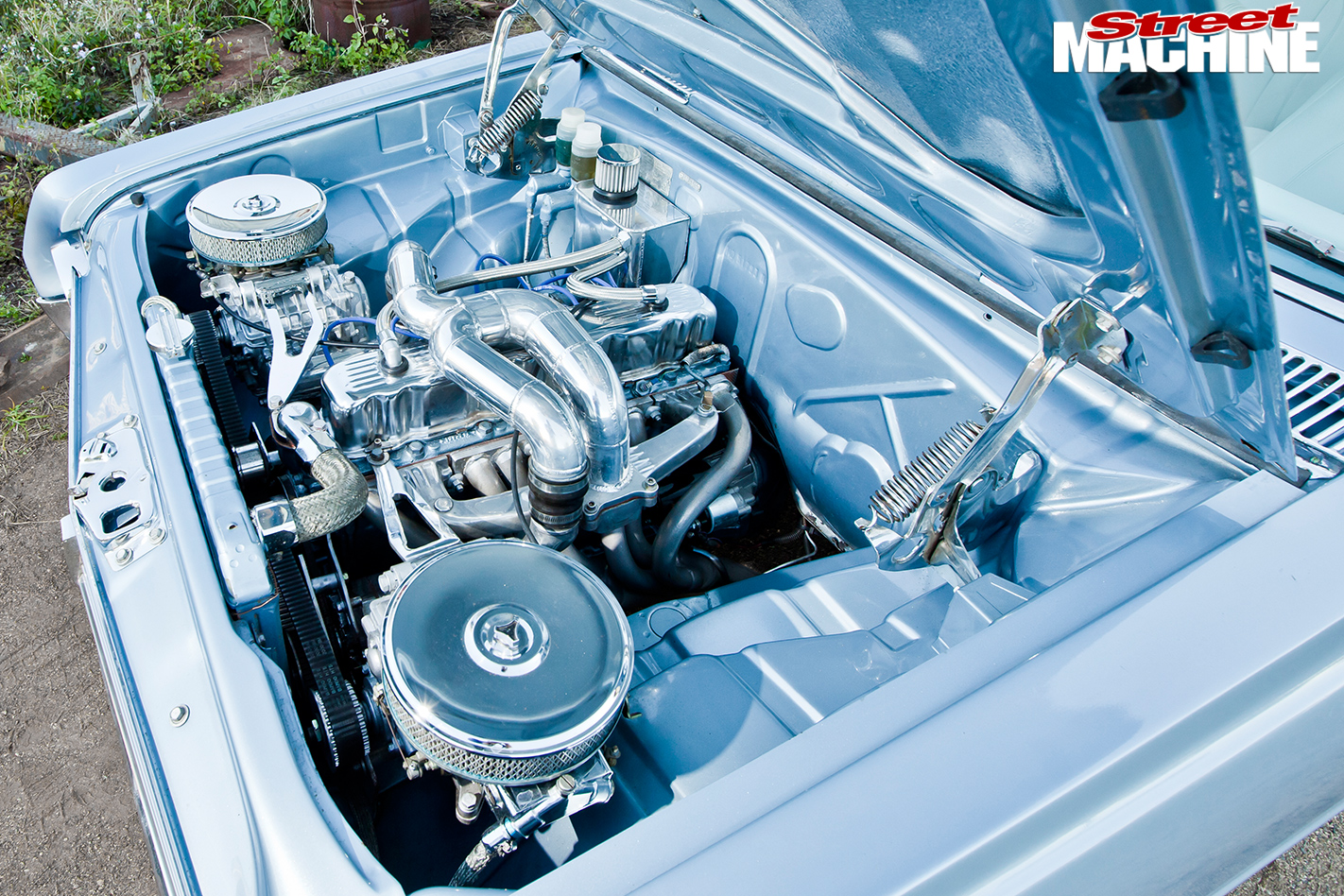 “That’s the problem with making the engine bay clean — all the wiring and cables are hidden so you can’t get to them when they break,” Alf says as he tries to jimmy the bonnet open. “We’re gonna need a bigger screwdriver,” he adds, red-faced and looking like he’s about to boil over too. 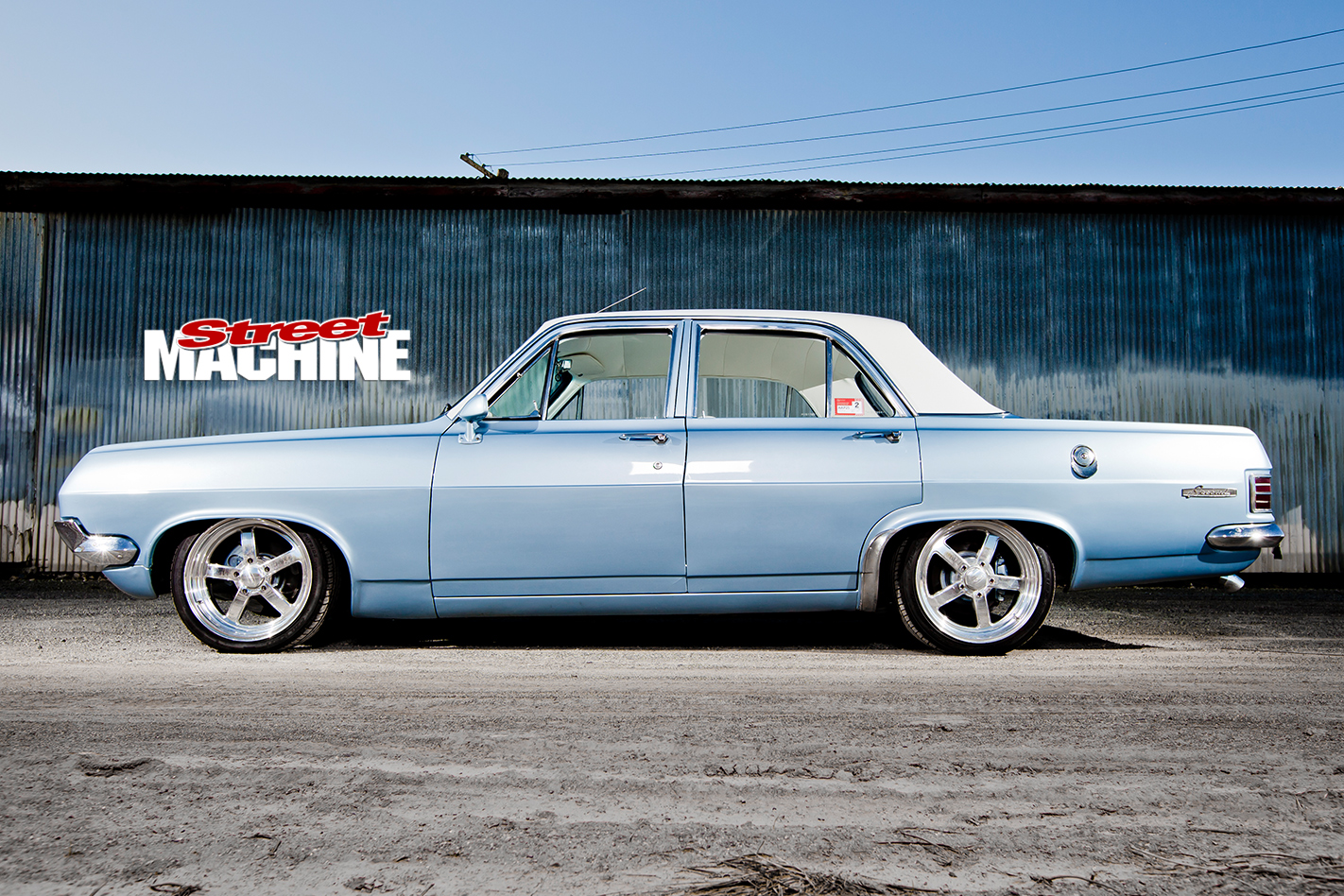 The story of Donna and the former panel-beater begins with a three-week rebuild — Alf doesn’t hang around — which transformed the HD into a show-worthy sedan via a set of jelly-bean mags and some paint and panel work.

“I never thought the car was good enough for anything like that but my mates in the Queensland HD and HR Club said to enter it at the Club Nationals, so I did and I won my class,” the Brisbane-based builder says. 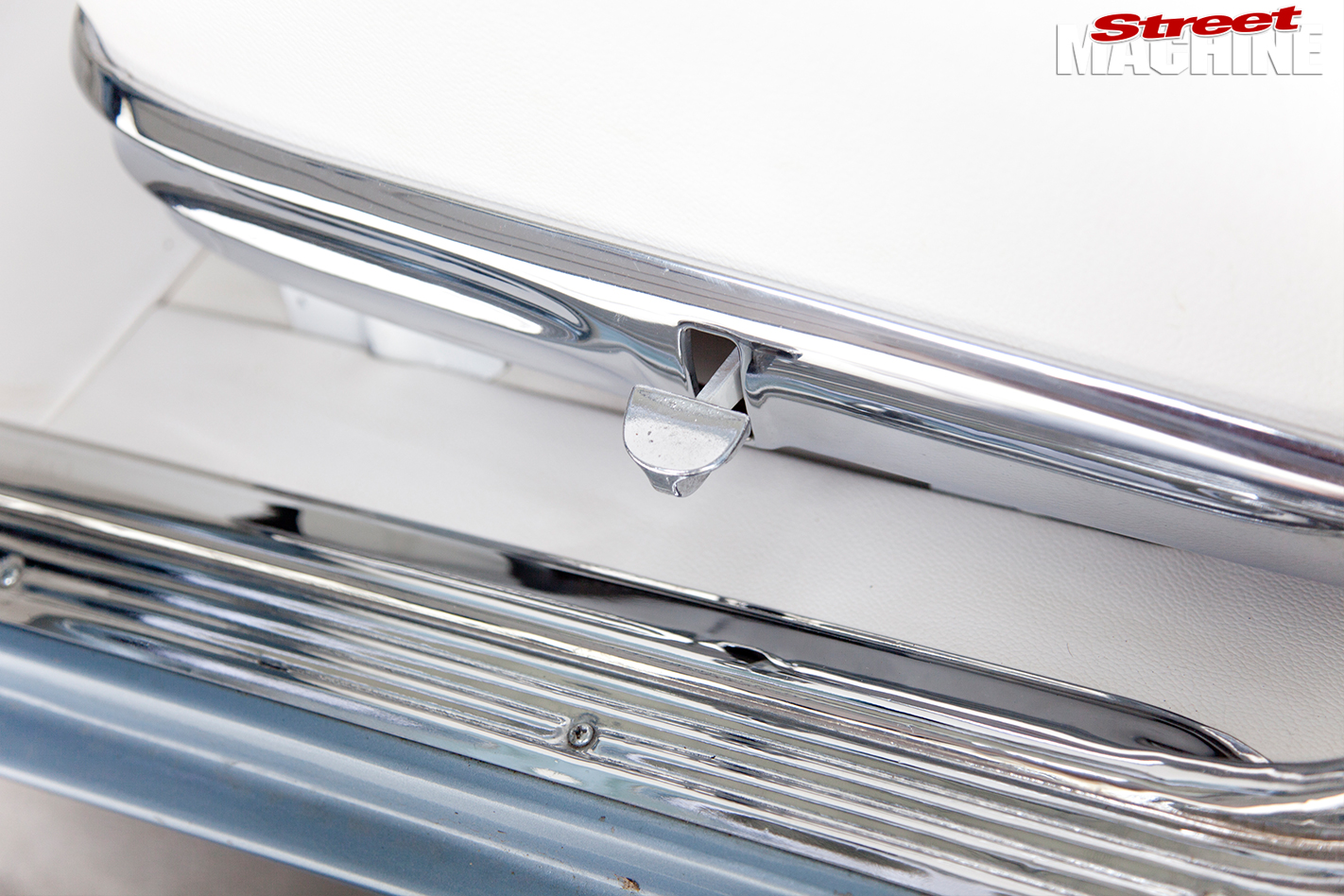 This first incarnation didn’t last long — a second rebuild was called for after Alf crossed paths with a wayward Datsun.

“The second build took six weeks, which was a long rebuild. I had to do it ’cause I T-boned a Datsun on the way home from work one day — the bloke just pulled out in front of me.” 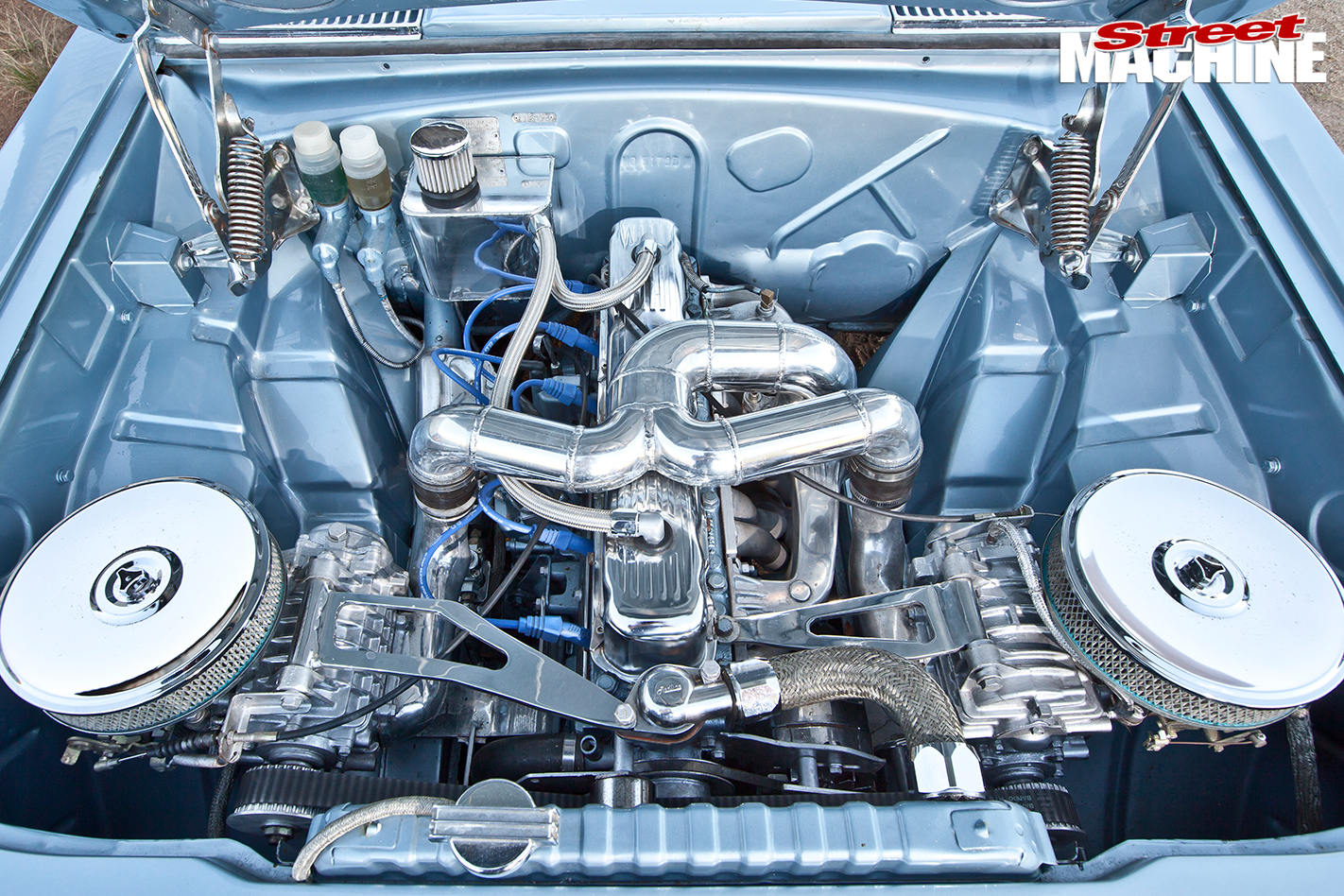 It was his son’s suggestion to add the second blower which put Donna under the surgeon’s knife for the comprehensive third rebuild. And put Alf on the road to mechanical hell. 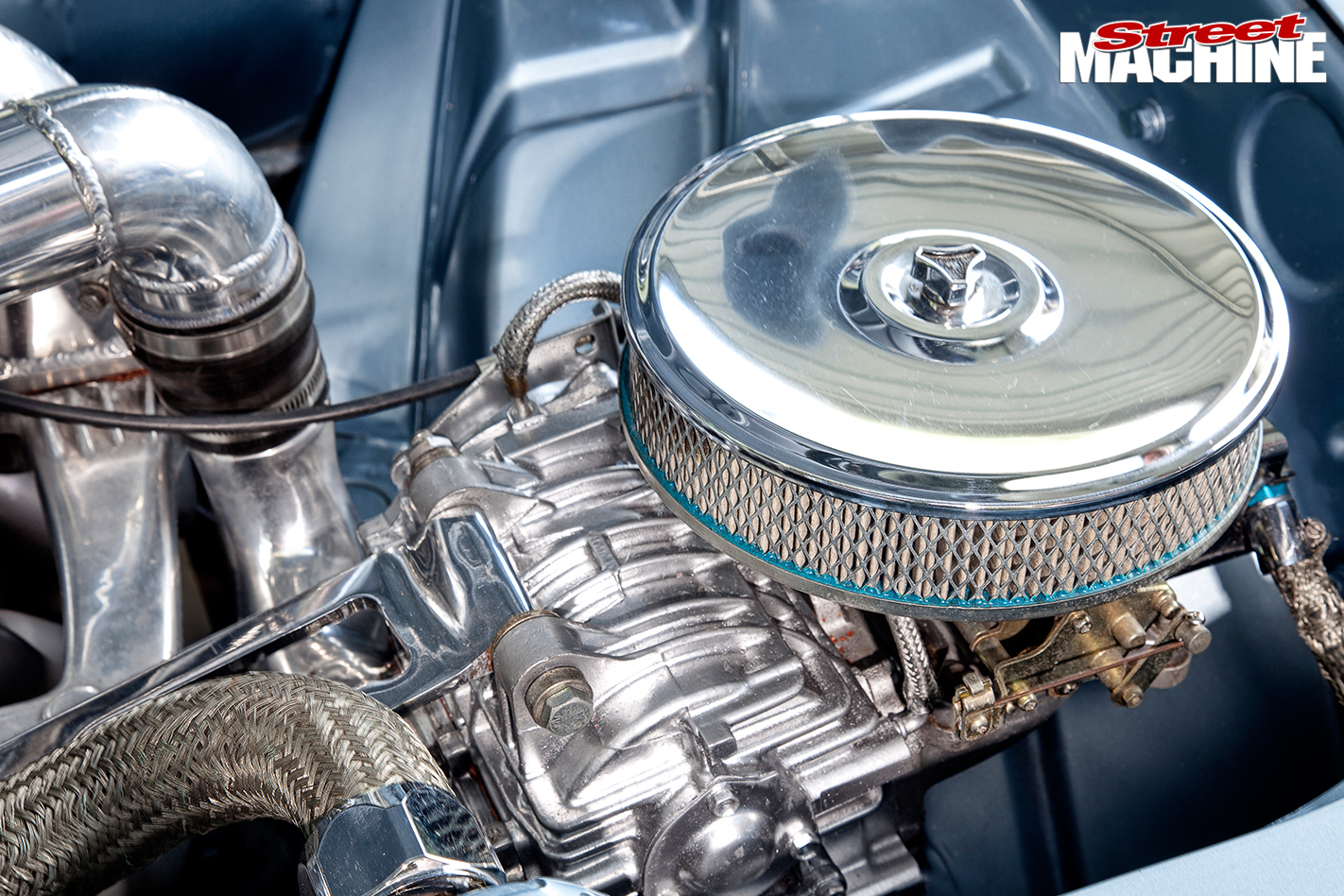 “After the second build, the left-hand side of the engine bay looked empty and my son said: ‘It’d look better with another charger there.’ So I put one in, just to even things up a bit.” 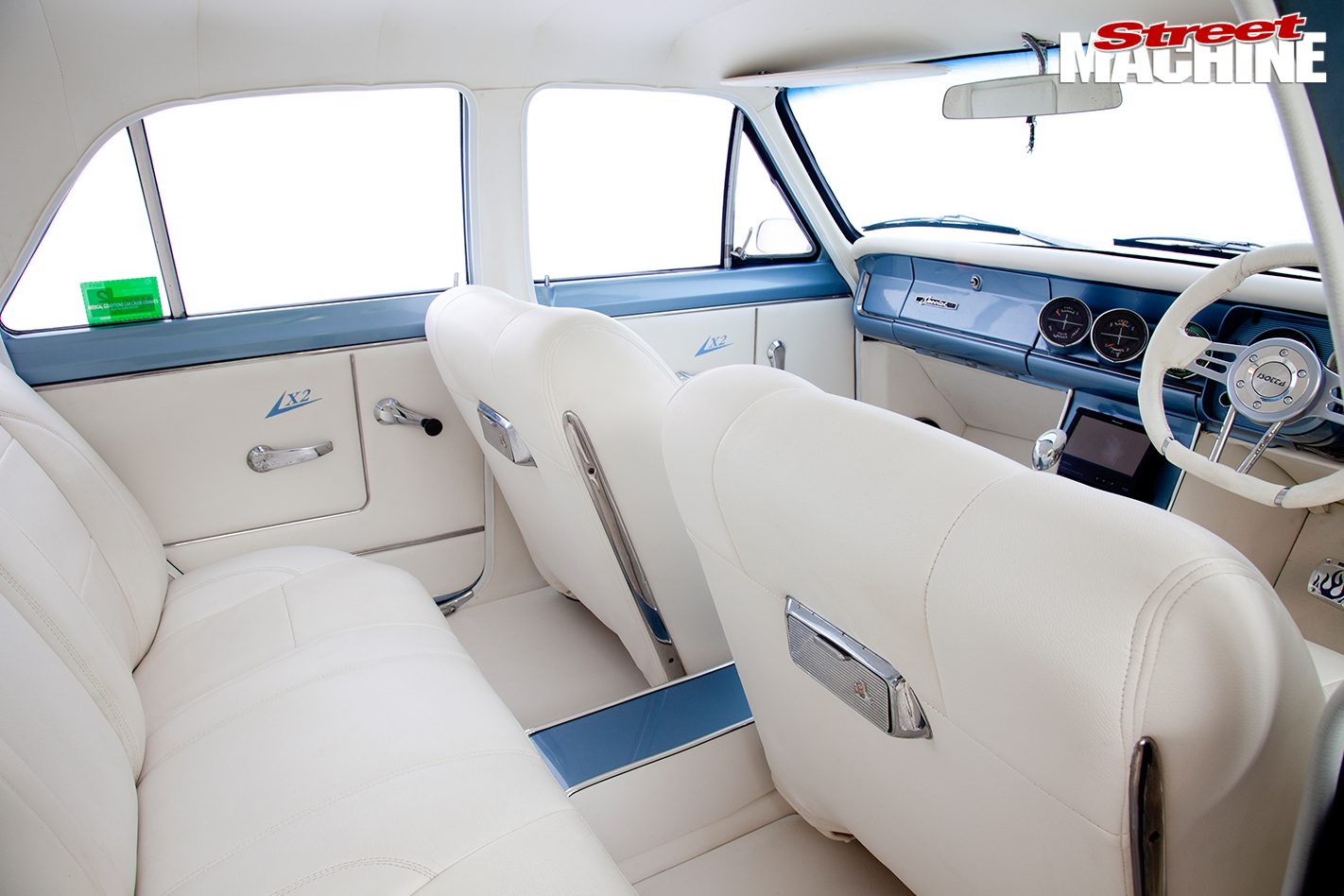 This third rebuild added the all-white leather interior and stereo/video systems, which Alf’s sons helped with. It was also when the dropped suspension on HJ stub axles discs and calipers went in the front, with a VL four-link rear and 17-inch wheels all around. 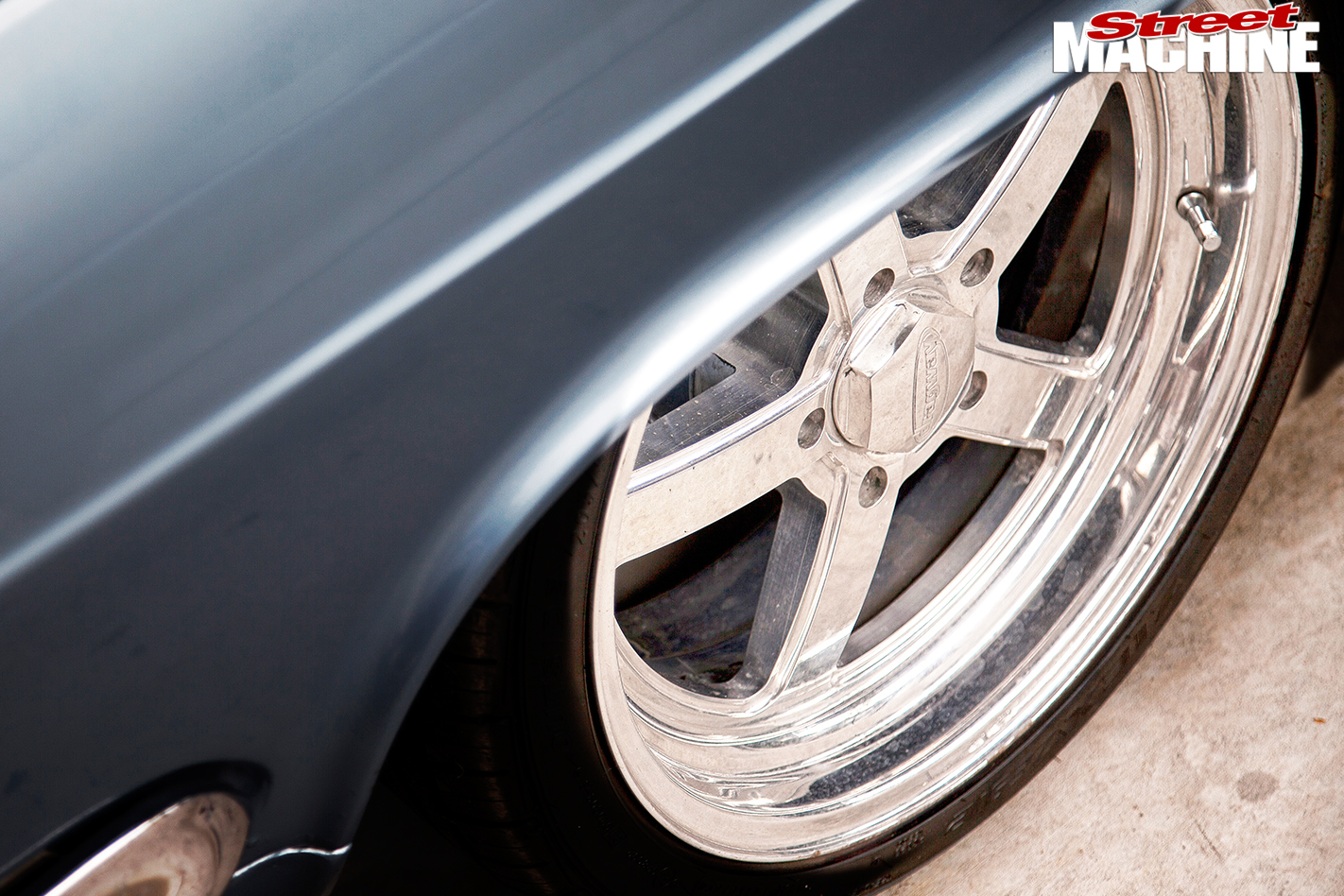 The second Toyota blower was mounted up on custom brackets, with most of the labour of love done by Alf, in his shed.

“Some people just pay others to build their cars but to me that’s not right. You have to do it yourself,” he says. 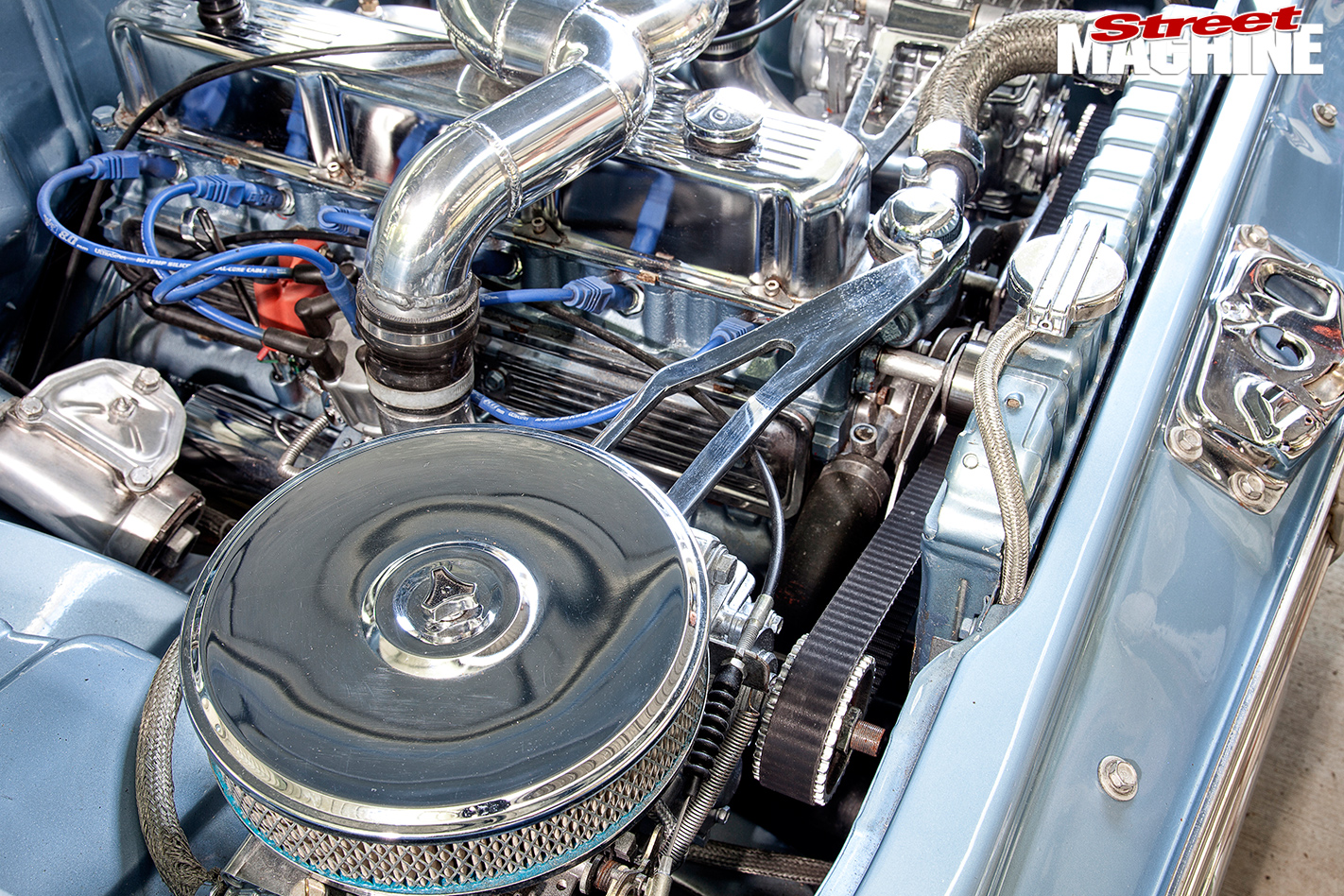 The twin-charger theme looks killer in the engine bay but the set-up has created a multitude of problems that Alf and his mechanic mate Brad Pankhurst — who did the engine work — are still trying to overcome.

“I had billet shafts made up for the chargers after they broke on the dyno but then the belts kept snapping, so now I’m running a custom carbon-Teflon belt.” 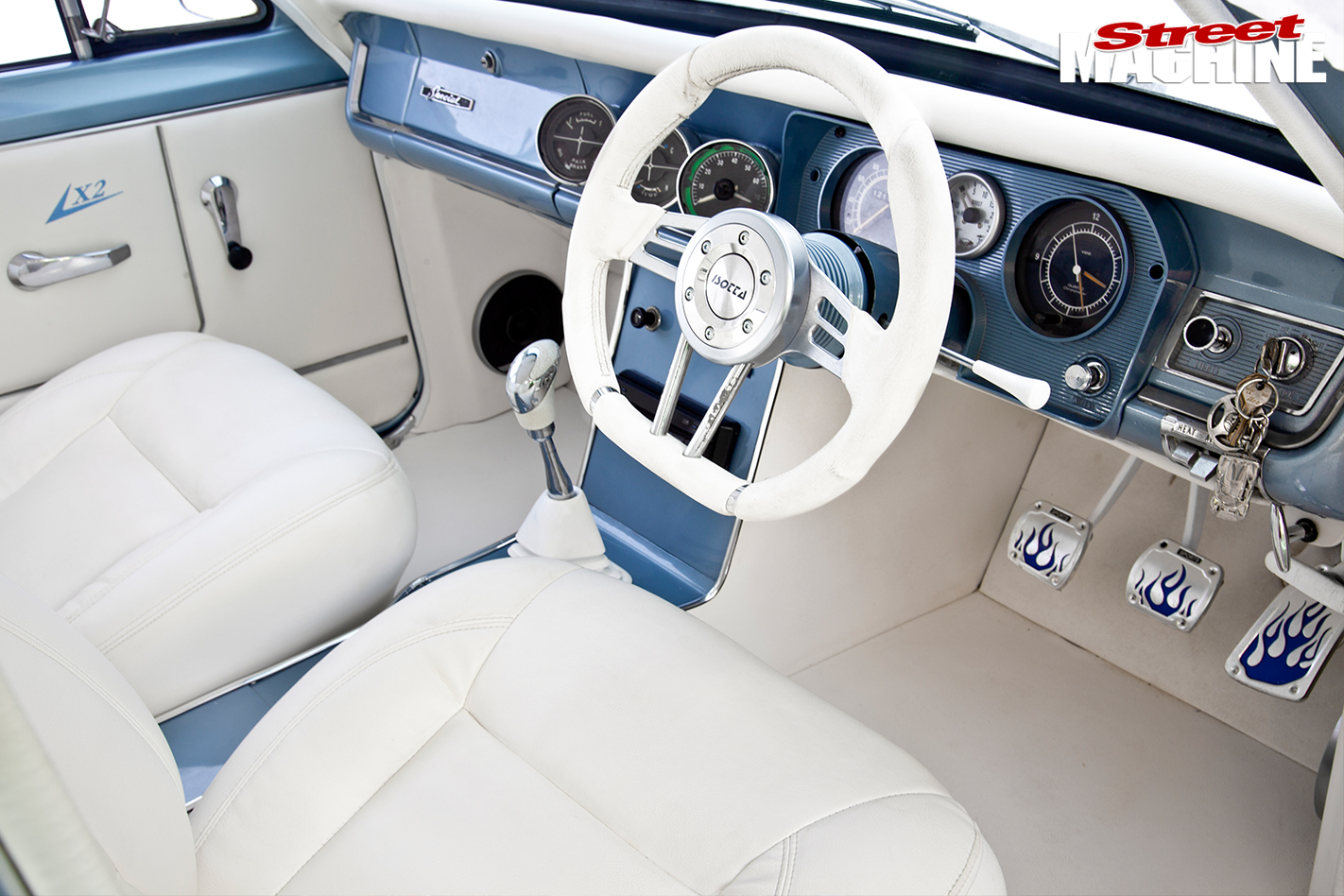 This belt doesn’t snap but it can have the teeth stripped if a supercharger locks up. Once the bonnet is open, that’s what Alf finds has happened in our overheating episode.

“So far we’ve reached 325rwhp on the dyno with just over half throttle but that was before we snapped the supercharger shafts.” 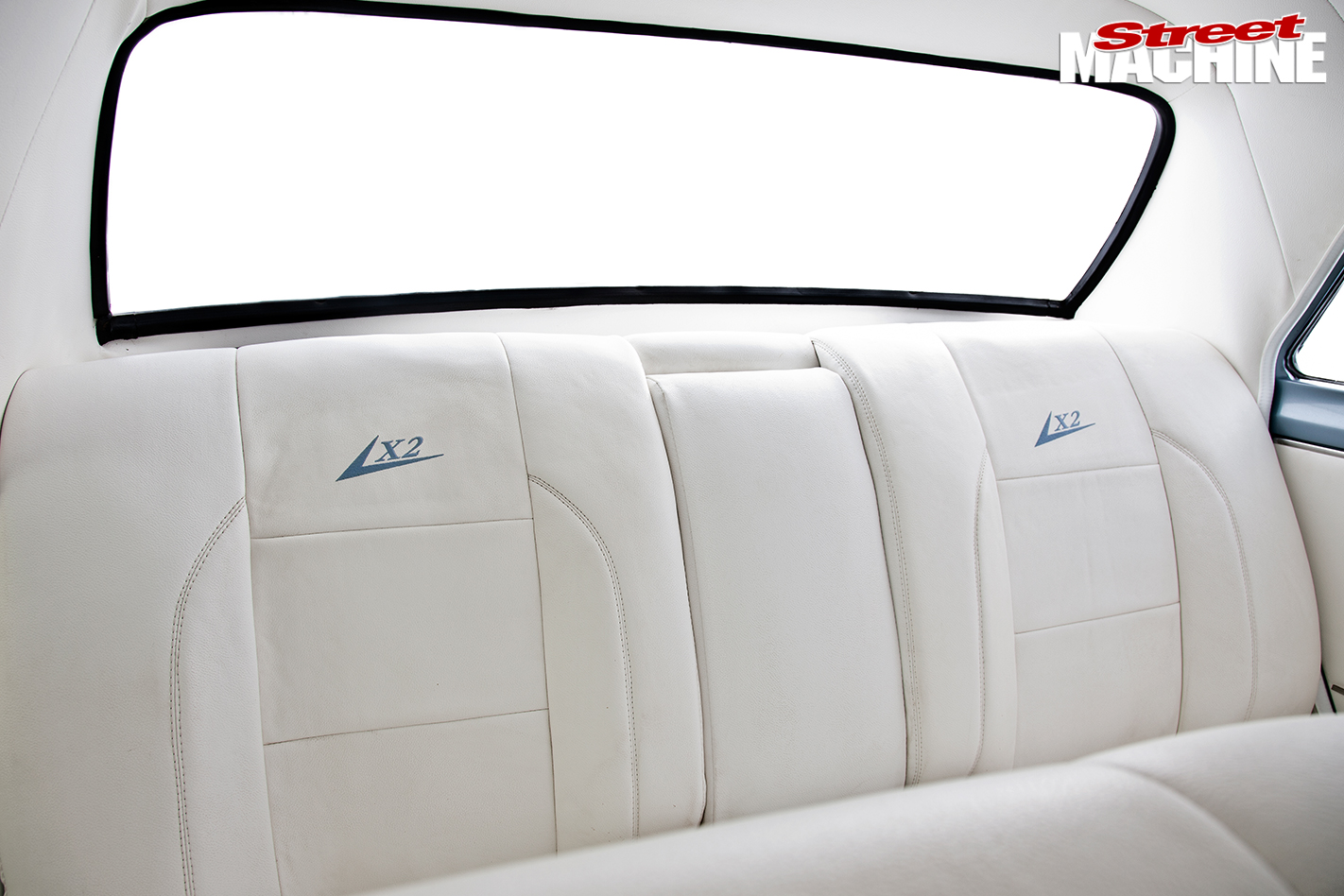 “Most people say: ‘What the fuck!’ when they see it at shows but it’s been hard work getting it to this point and to run right,” Alf says. 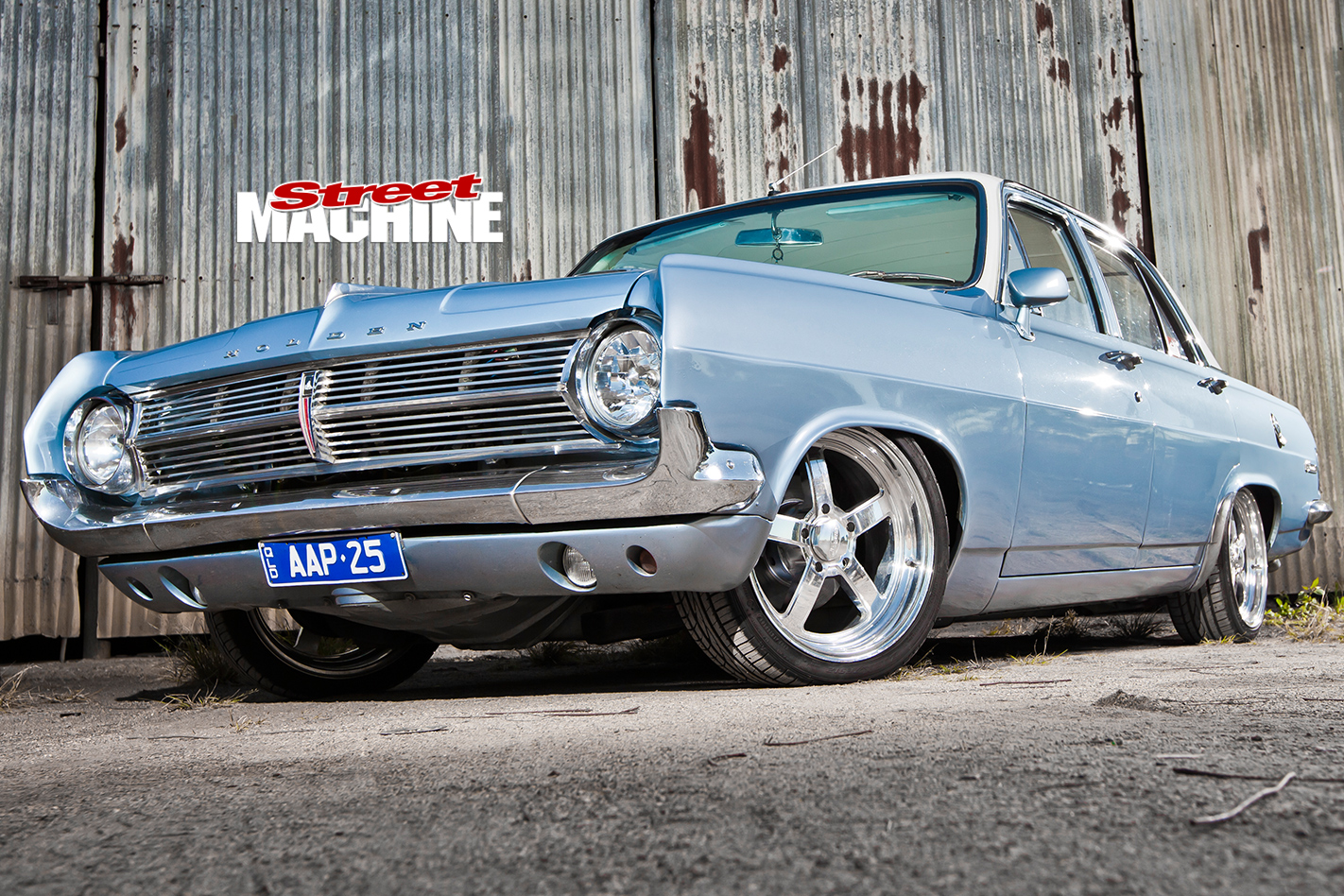 On the body side of things, the bonnet scoops are from an HG Monaro, and there are custom blinkers and round (instead of square) fog lights on the front valance, all of which Alf crafted. 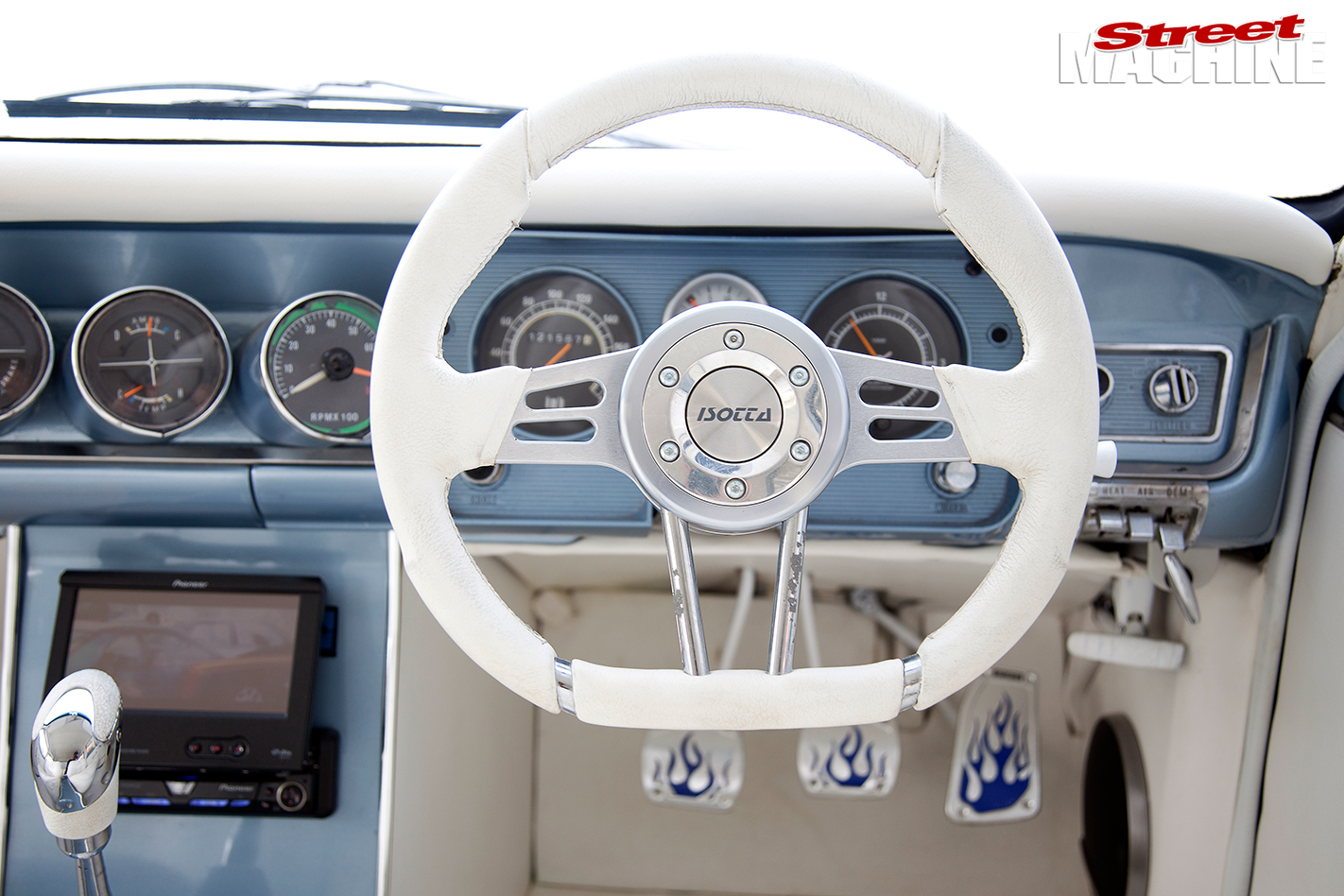 “The paint is straight off the gun — it hasn’t been denibbed or buffed and I did it myself. I got my two boys, Pat and Eddie, to come up from Sydney to help me do the interior and audio system, which has a seven-inch LCD screen in the dash and a 15-inch screen in the boot. 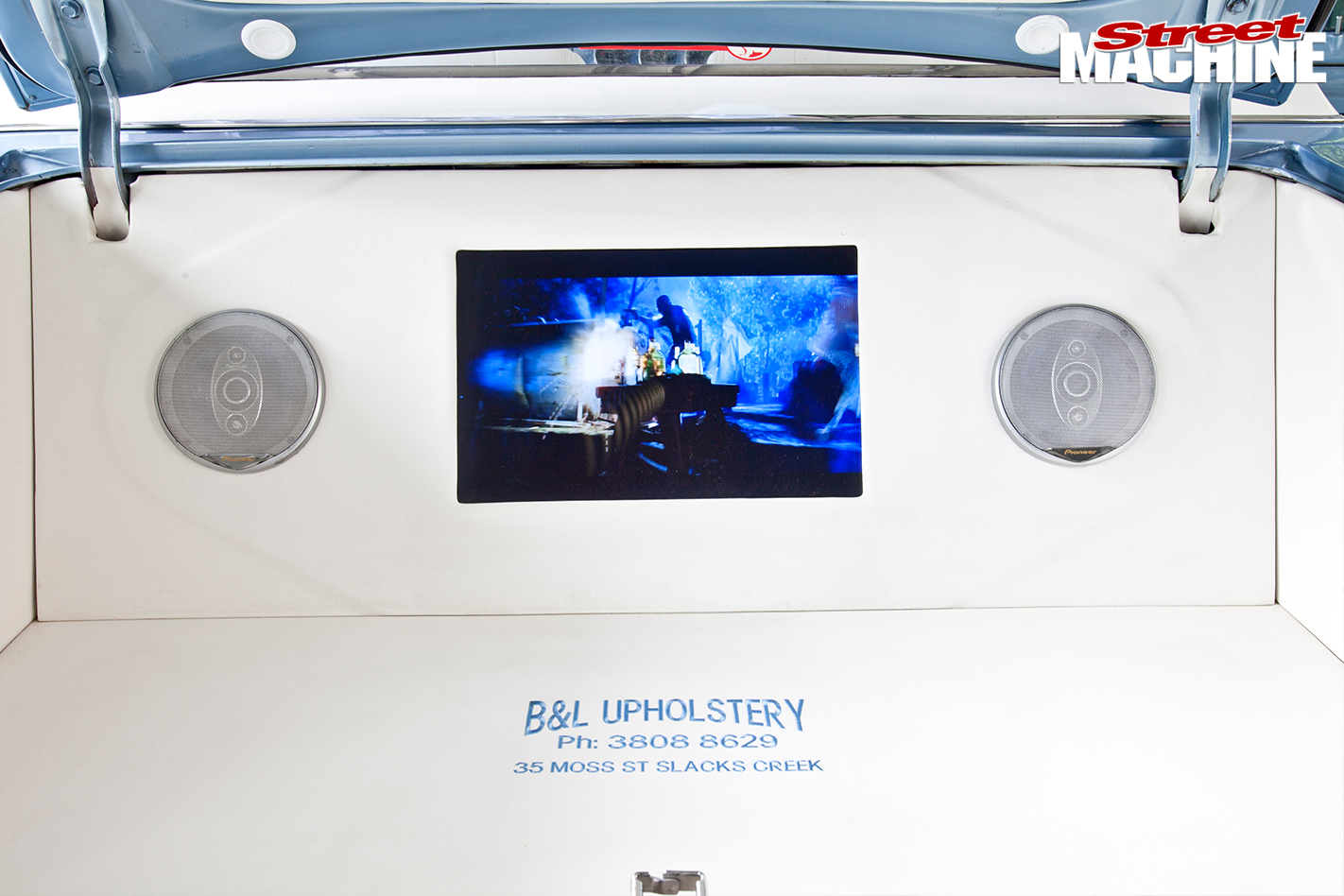 “The car is pretty much how I want it now so I don’t think I’ll change it; maybe just the paint. I like cruising and don’t have to prove what my car can do,” he says, then adds: “but I will take it down the strip when it’s running right just to see what she can do.” 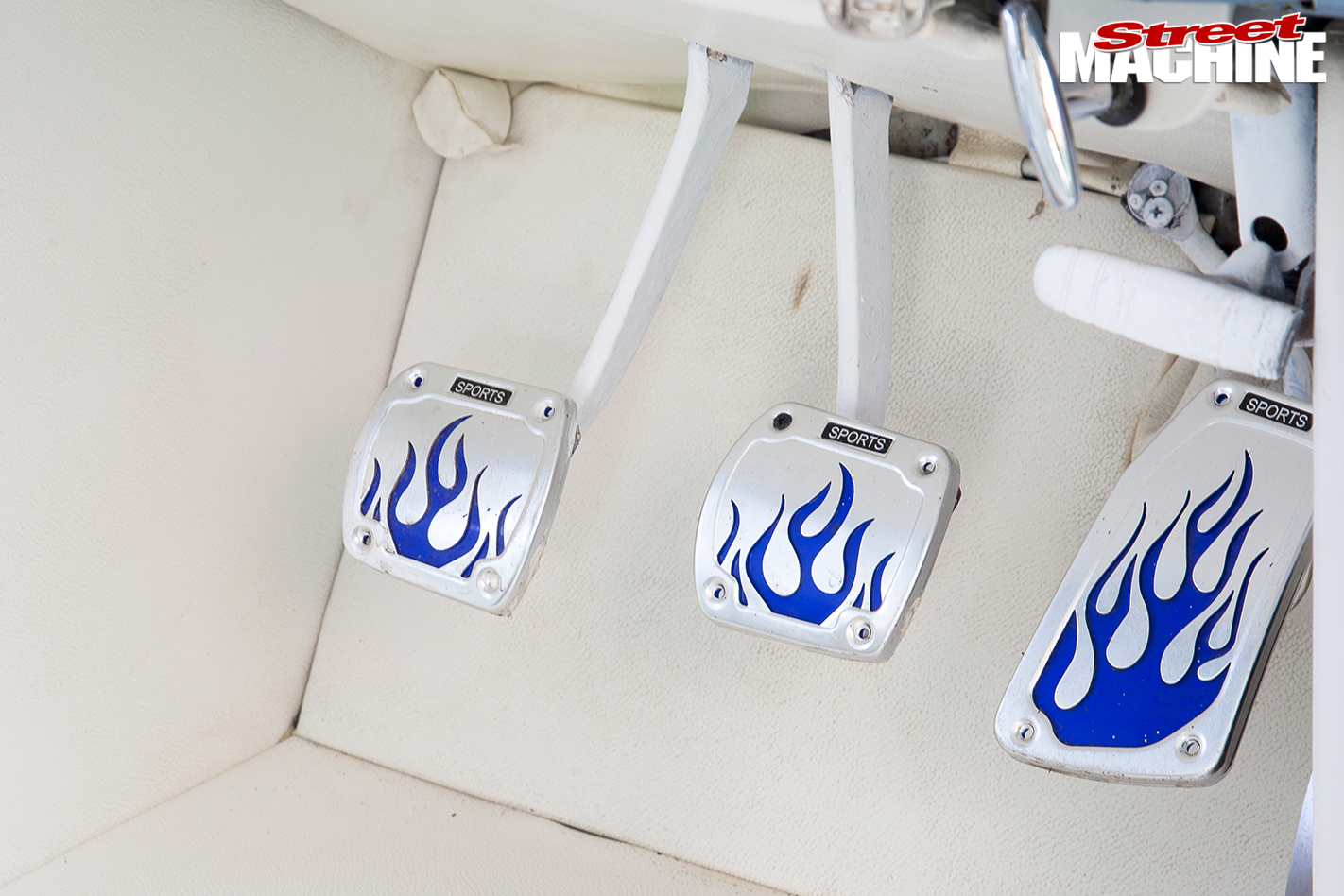 It’s been a rough ride with Donna — plenty of heartache and compromise — but like all relationships, fixing the damage after a fight is part of the fun. Alf’s next project is another HD but with a modern turbocharged V8. He hopes it’ll be less hot-headed and more reliable than Donna. Maybe he should give it a bloke’s name.