DAY Four of Hot Rod Drag Week 2016 saw hundreds of exhausted racers arrive at Lucas Oil Raceway in Indianapolis for more punishment. Multiple oil-downs meant long waits in the staging lanes and plenty of frayed tempers. If you ask most of the class racers, they will tell you that they’d like to see an ET cut-off for the Street Machine class to thin the herd. Jeff Lutz continued to push the performance boundaries with his Mad Max Camaro, and it ran 6.14@240mph on its one and only pass at Indianapolis.

31
This isn't the Aussie Camaro, but it looks cool nontheless

The Aussies did well on Day Four. Ross and Brenton Gault were in and out like thieves in their Chevrolet Camaro, making their pass as early as possible. We’ll be sure to catch up with them tomorrow. 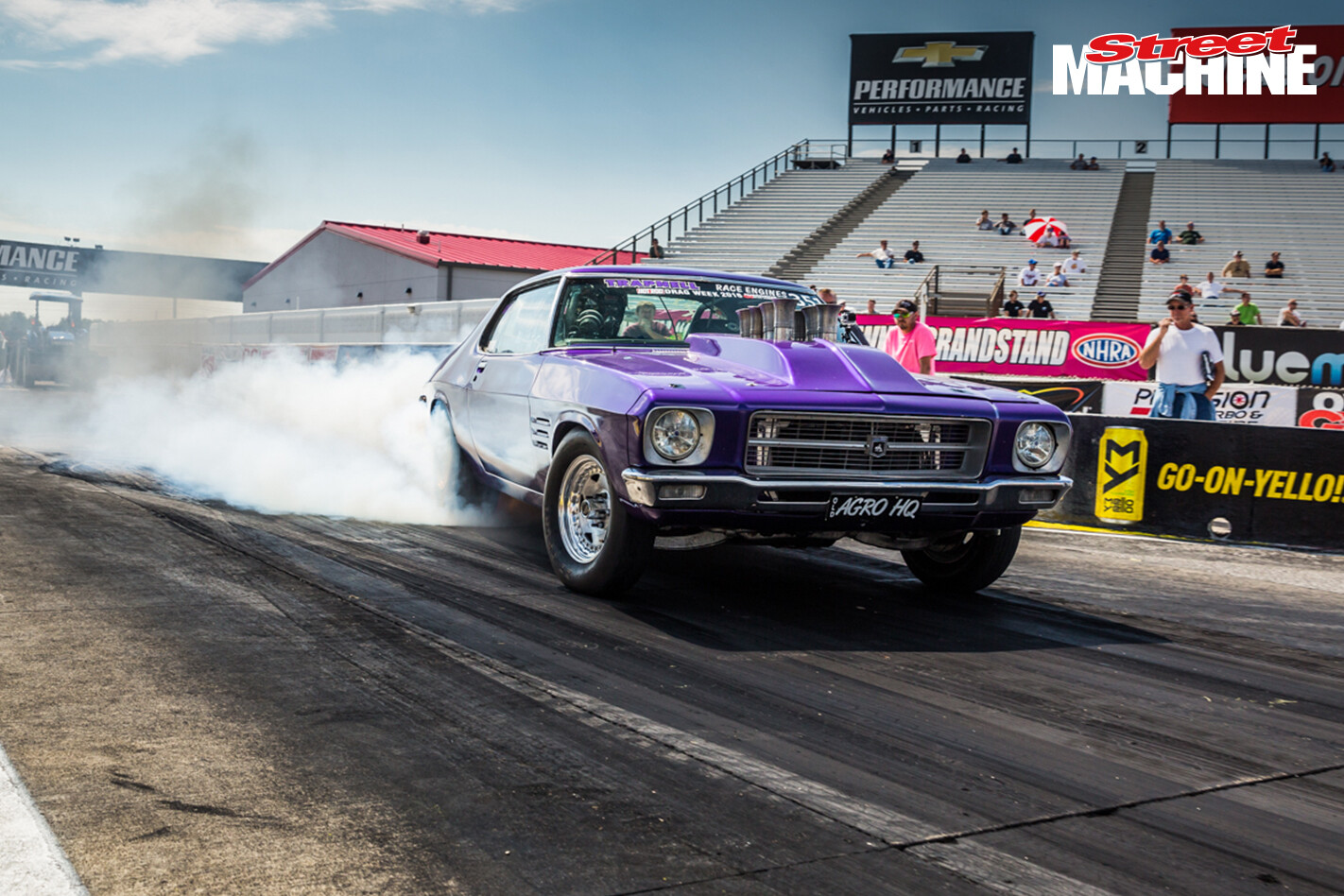 The Trapnells ran a best of 9.21 in their HQ Monaro, but Greg certainly likes to take the long way down the track. The boys had all kinds of fuel pump problems last night, with the electric pump in the back seizing and melting some of the wiring. They jury-rigged a replacement, and then the mechanical pump up front also decided to lunch itself. But a couple more spectacular 9.2s saw smiles all around. The Aussie Chevelle boys continued to impress, with the rusty muscle machine reeling off an 8.77@159mph. They tried to feed it a little more power in the second session but blew the tyres off and still managed to run a mid-nine. The car has shown amazing consistency; we can’t wait to see what it runs tomorrow. But not everyone shares our enthusiasm – we’ve heard a few whispers from people who reckon the car is getting more than its fair share of attention, writing it off as a gimmick. Gimmick or not, it’s hard to argue with a high-eight-second average at Drag Week. 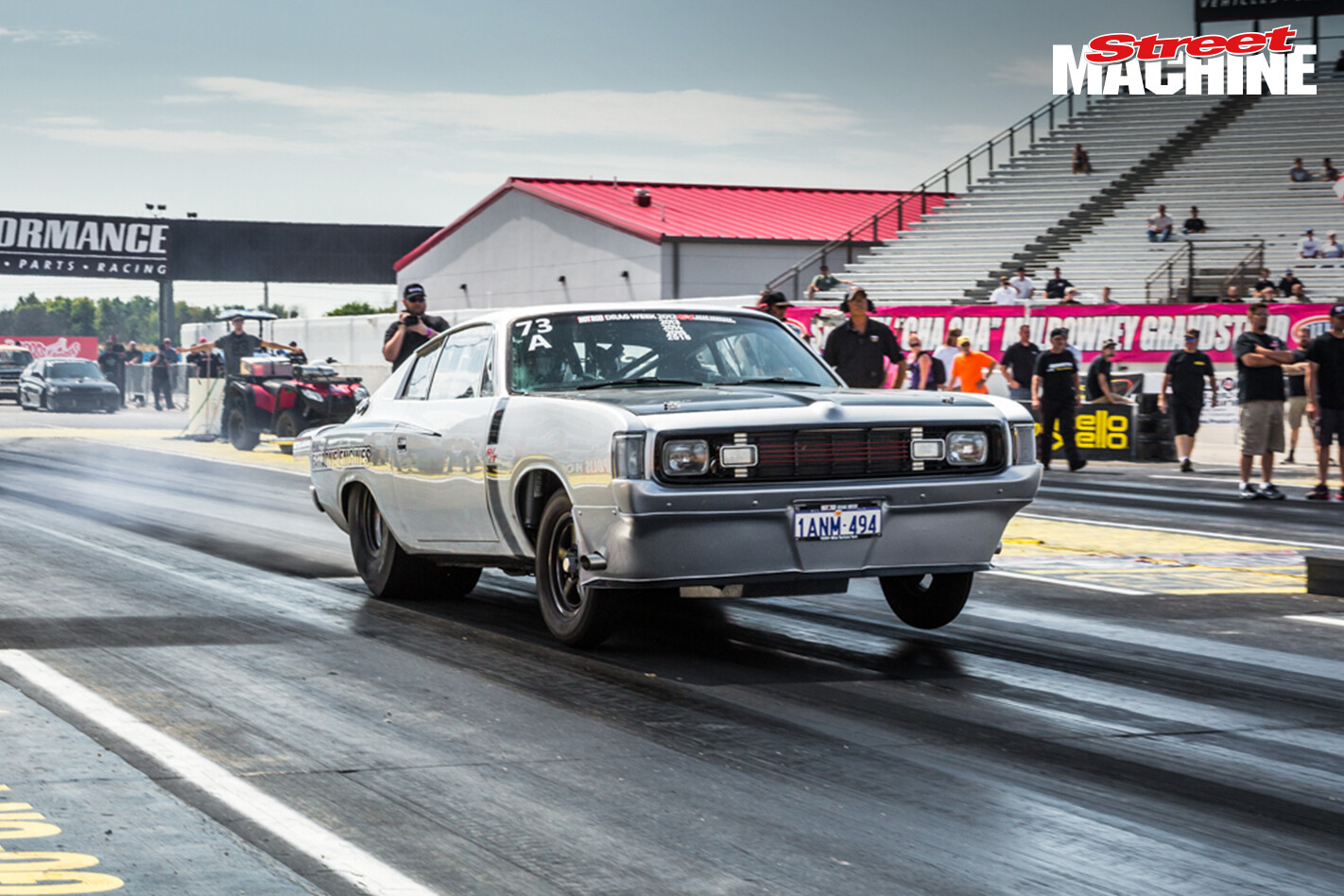 After a good night’s sleep, John Faraone was looking much better (remember, he replaced a head yesterday) but missing the cut-off for the first racing session had him all fired up. With full exhaust, mufflers and air cleaners, the Charger launched hard and ran a 7.65@182mph. Not content with that, he headed back out for another pass, lighting the tyres up on the launch. However, the accessory-belt drive mandrel broke, snapping the belt for the mechanical fuel pump. John was stranded at the end of the track, but the West Australian was still smiling, because once again the Charger had proven itself to be a serious seven-second monster. The repair was quick, and he’s now on his way back to Hebron, Ohio, a 245-mile drive.