YESTERDAY was a sad day for Holden fans, as the last Holden six-cylinder motor rolled off the production line at the Fishermans Bend plant. More than 10 million engines have been produced at the site, starting with the famous grey motor in 1948. The sideplate six powered Holdens through to the EJ and helped give birth to a home-grown aftermarket performance industry.

The same happened again with the birth of the much-improved red motor in late 1963 and while the focus of racers and enthusiasts later shifted to V8s, Aussies have never lost their affection for the home-grown six. Even the Buick-based V6 and its replacement, the Ecotech V6 attracted a loyal fan base and aftermarket support. While these motors are considered dinosaurs by some, they continue to be developed in backyard sheds across the country, pushing them far beyond the limits of what their creators ever imagined. Here are six of our favourites:

This wild Duggan-headed, Whipple-blown, mechanically injected 186 Holden red motor made 750hp on the engine dyno with a factory crank and a heap hotted up internals. It powers Jeff and Matt Ramsay's legendary Brumby FJ Holden ute.

One of the craziest cars on Street Machine Drag Challenge this year was Paul Mulcahy’s Austin Lancer. It's packing a Buick V6 with a blower and twin turbos!

Up with the most powerful Holden six streeters is this HSV XU6 3.8-litre EcoTec stroked out to 4.2-litres with a Garrett GTX-35 turbo and e85 fuel system. Two years ago it made close to 700rwhp.

Aaron Featherstone has run elevens with his UNSAFE Torana with a turbo 202 six with a draw-through carby setup!

Ryan O’Hara's Slug Morris J2 van was one of our favorite cars at Street Machine Summernats 29 earlier this year. With a blown Holden V6, it's happy both cutting laps of the Summernats cruise route and the burnout pad. 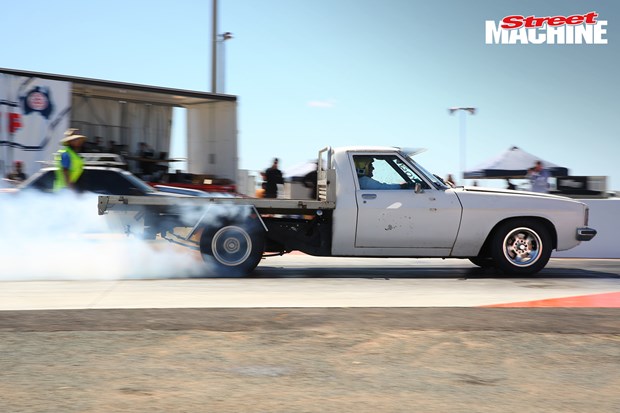 Eight weeks before Drag Challenge, this Holden HQ one-tonner was dragged out of a chook shed and turned into a 12-second sleeper 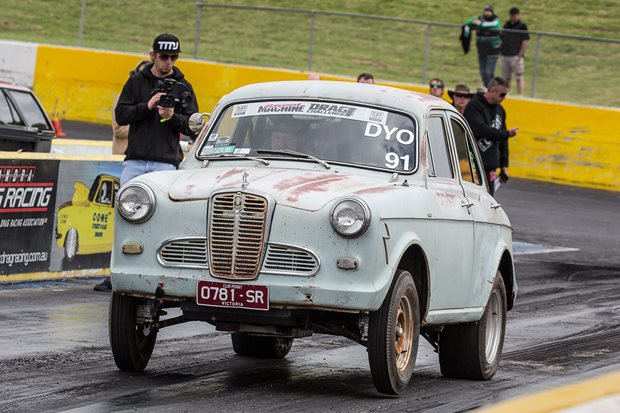 Paul Mulcahy’s Austin Lancer might look like a wrecking yard refugee, but it runs mid-10s on the quarter 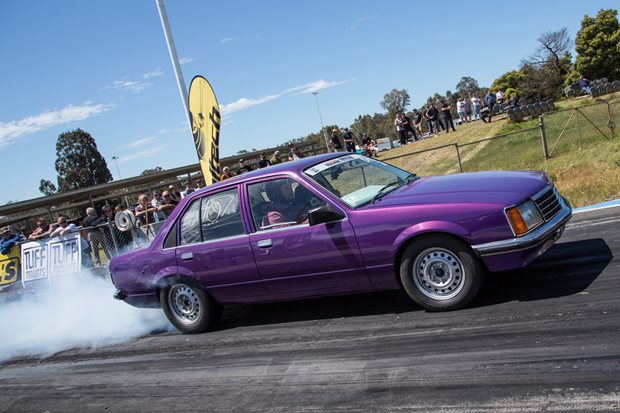