JOHN STRACHAN - MY LIFE WITH CARS

John Strachan's Alley Cat is one of the best-loved vans in Australia's custom history. Here's some of John's earlier cars that helped inspire such an iconic build

ONE OF the best-loved vans in Australia’s custom history is John Strachan’s Alley Cat. John was at the pointy end of what became a massive vanning subculture, and the Cat made the covers of the Aug/Sep ’81 and Jul/Aug ’91 editions of SM. His methodology with the van was clear: choose a theme and refine it; step outside the square with innovation and specification; highlight key elements of detail; and promote an identity and attitude that creates a legend. So let’s see what inspired such an iconic build in a scene that was still in its infancy. 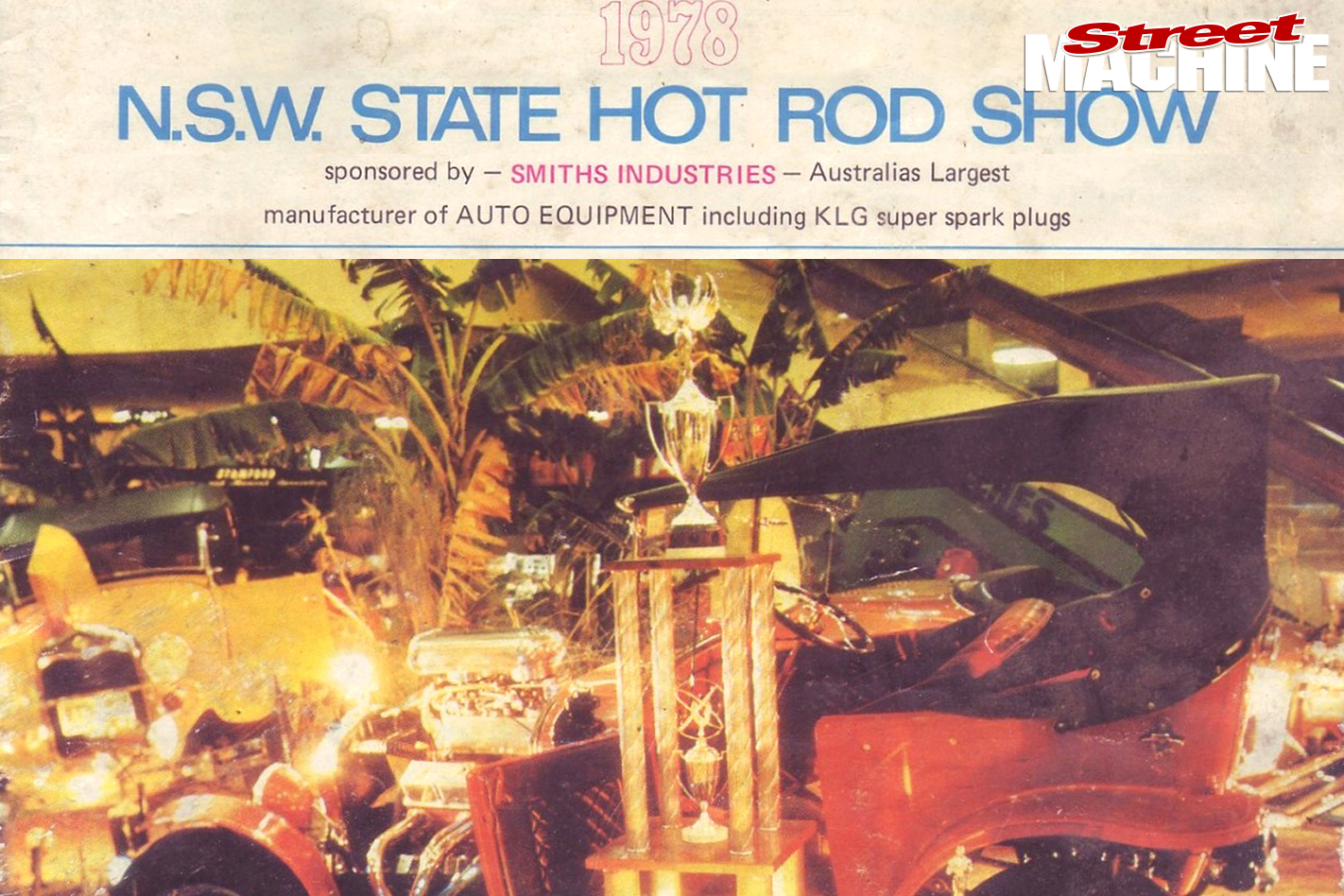 In the early 70s, hot rods like Hal Bayliss’s T-bucket were the big-ticket items. “The Bankstown Square Hot Rod Show was a four-storey mecca for hot cars and the annual pilgrimage for me and my mates in our teens,” John remembers. “We’d hang around to see the cars leave and there was nothing cooler than the sight of chromed Jag rears and louvred roll pans disappearing up the road. I later used that combo on Alley Cat to recreate the experience.” 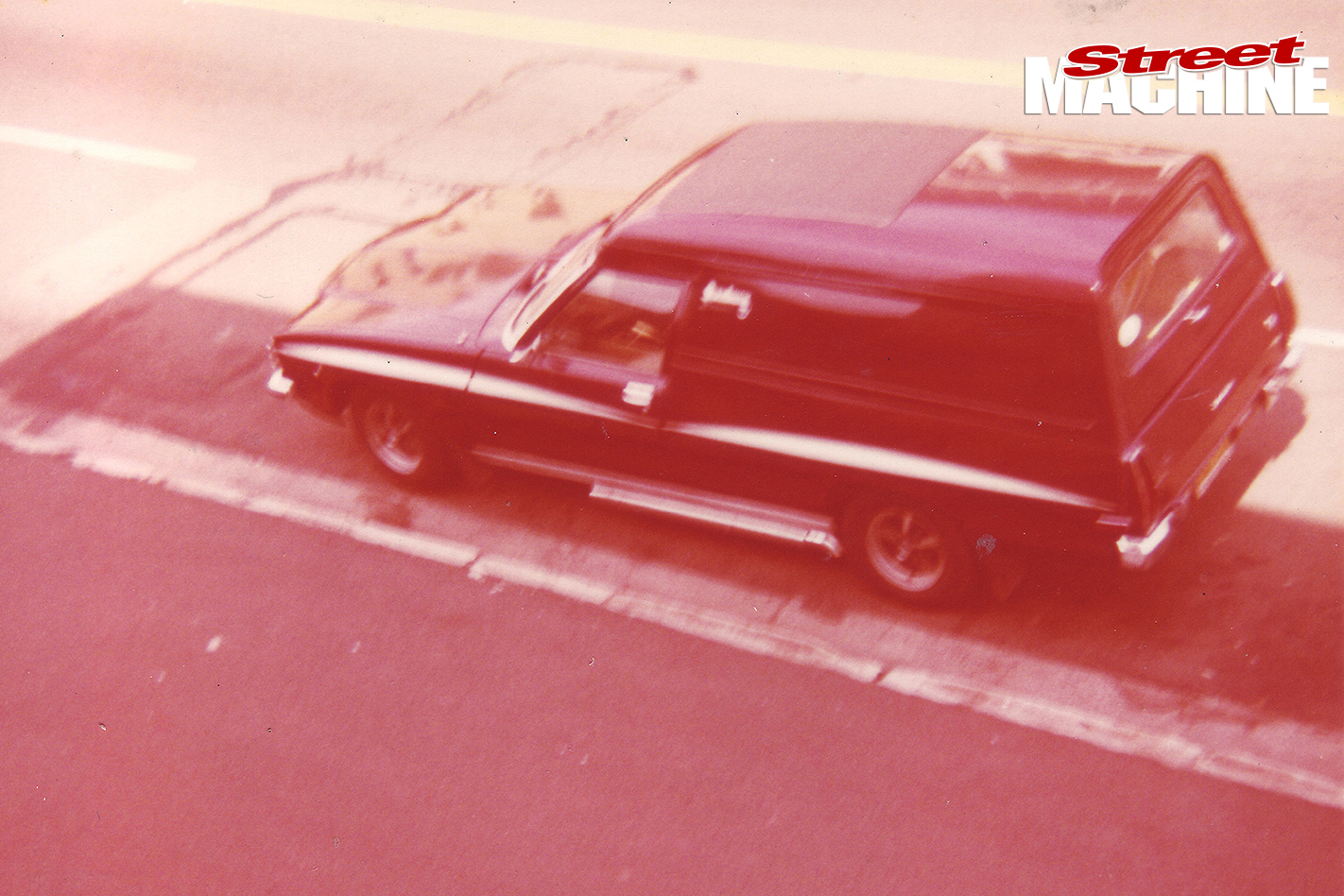 At Age 19, John plonked down the beans for a brand new HJ Holden Sandman. “I was in a band and figured it would be handy for carting speakers and stuff. It cost me $5300, running a 308 and four-speed.” It soon wore side pipes and a slide-back sunroof to offset the factory claret paint. “International hot rod and vanning magazines were a slow-fed diet of what was moving and shaking in the US,” John says. “The wait between issues was painful, and even interstate info was a tough ask in those pre-internet days.” 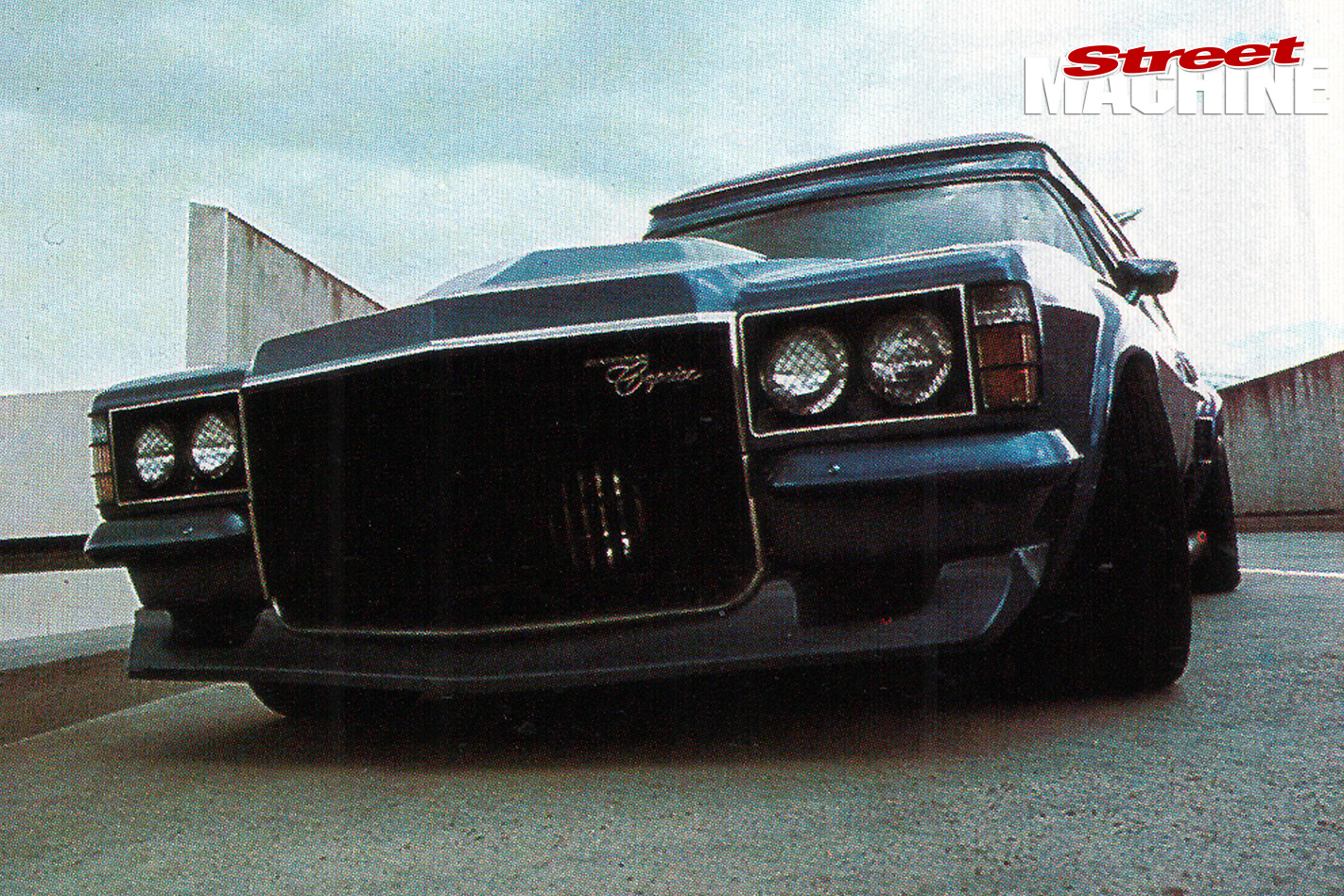 Stephen Ellis’s van XX308 made a big impression on John. “Everything about it was tough; the colour, rake and attitude made it such a badarse. The L88 scoop covered a grunty 308, and it was one of the first vans to run bumperettes and a three-piece grille. I ripped that idea cold!” he laughs. “Within a week I’d made my own and even finger-bogged the joins to make it as seamless as possible.” Both XX308 and Alley Cat advanced to fibreglass front ends as the van scene flourished. 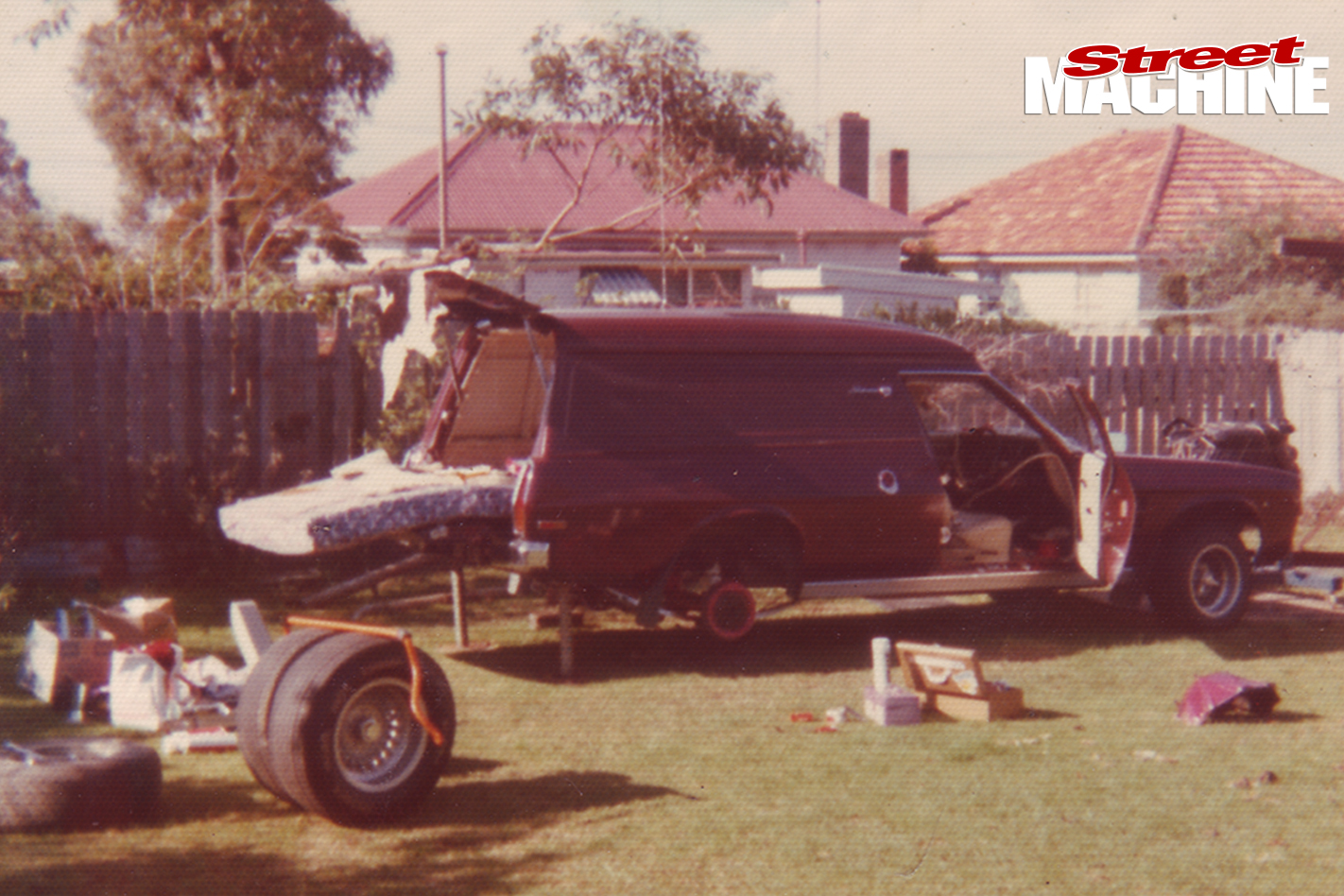 Here John was in the throes of fitting a 12-bolt Chev diff and tunnel-ramming the 308. “One thing I learnt from hot rodders was you made do with what you had. I did everything on the back lawn early on, including engine swaps, body mods and interior trim,” he says. “The van scene was strong in the States and a lifeline for the latest trends. Ed Mancini’s Ford Econoline, Paranoia, was a favourite of mine and the rattlesnake mural was one of the first to adorn the Cat.” Ansen hotwire mags remained on the van through its many updates. 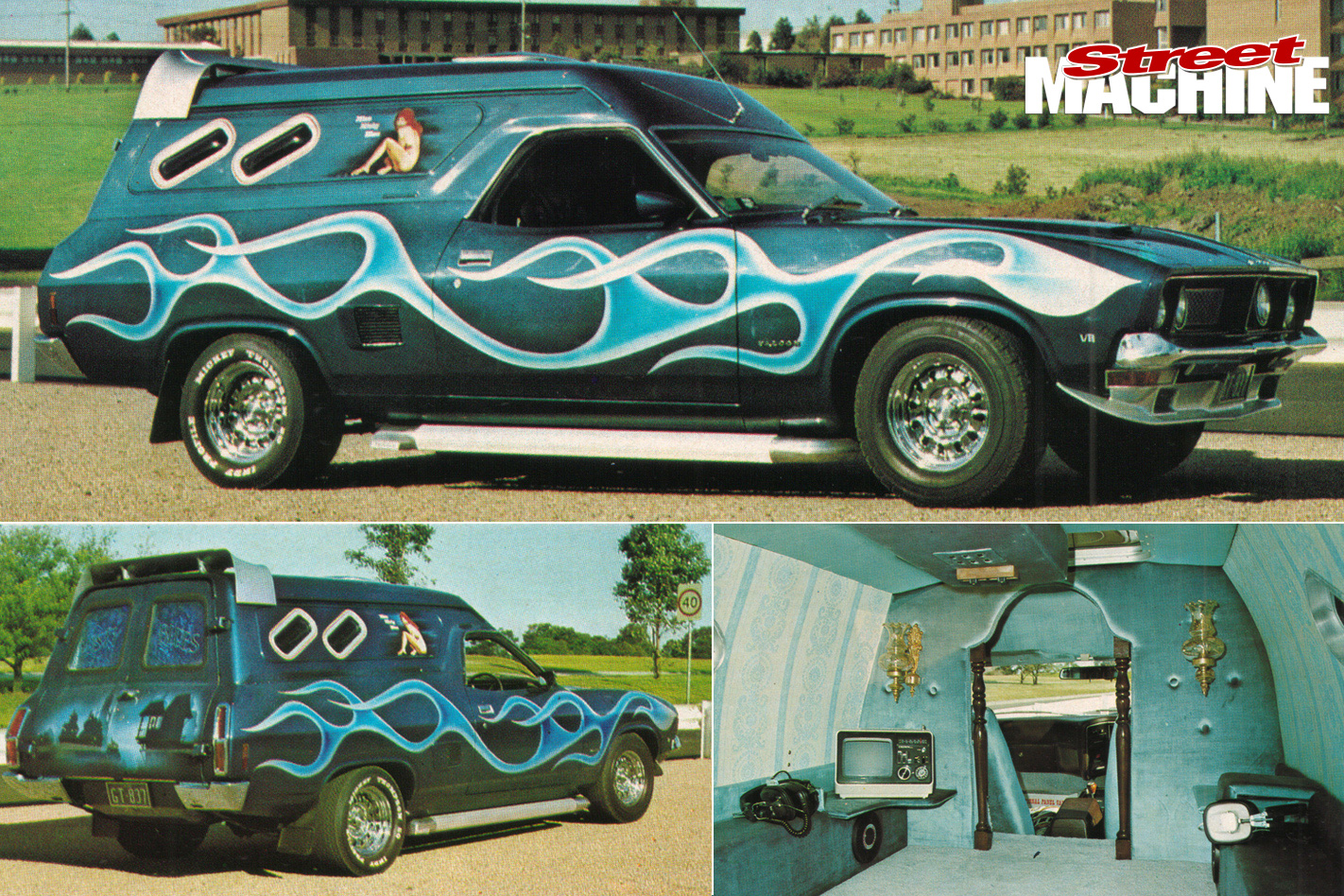 Greg Tarte’s Misty Blues was one of our first custom vans and its wild paint and styling bridged the gap between hot rodding and vanning. “Greg’s XB was Australia’s first national title holder. It became a household name with its flames and risqué Miss Misty Blues murals. He was a smart guy and one thing I learnt from him was publicity – how to create and promote an identity around your van. He had a full-on crew at every show wearing matching uniforms, and organised some of the best charity runs with the Tour de Force car club.” 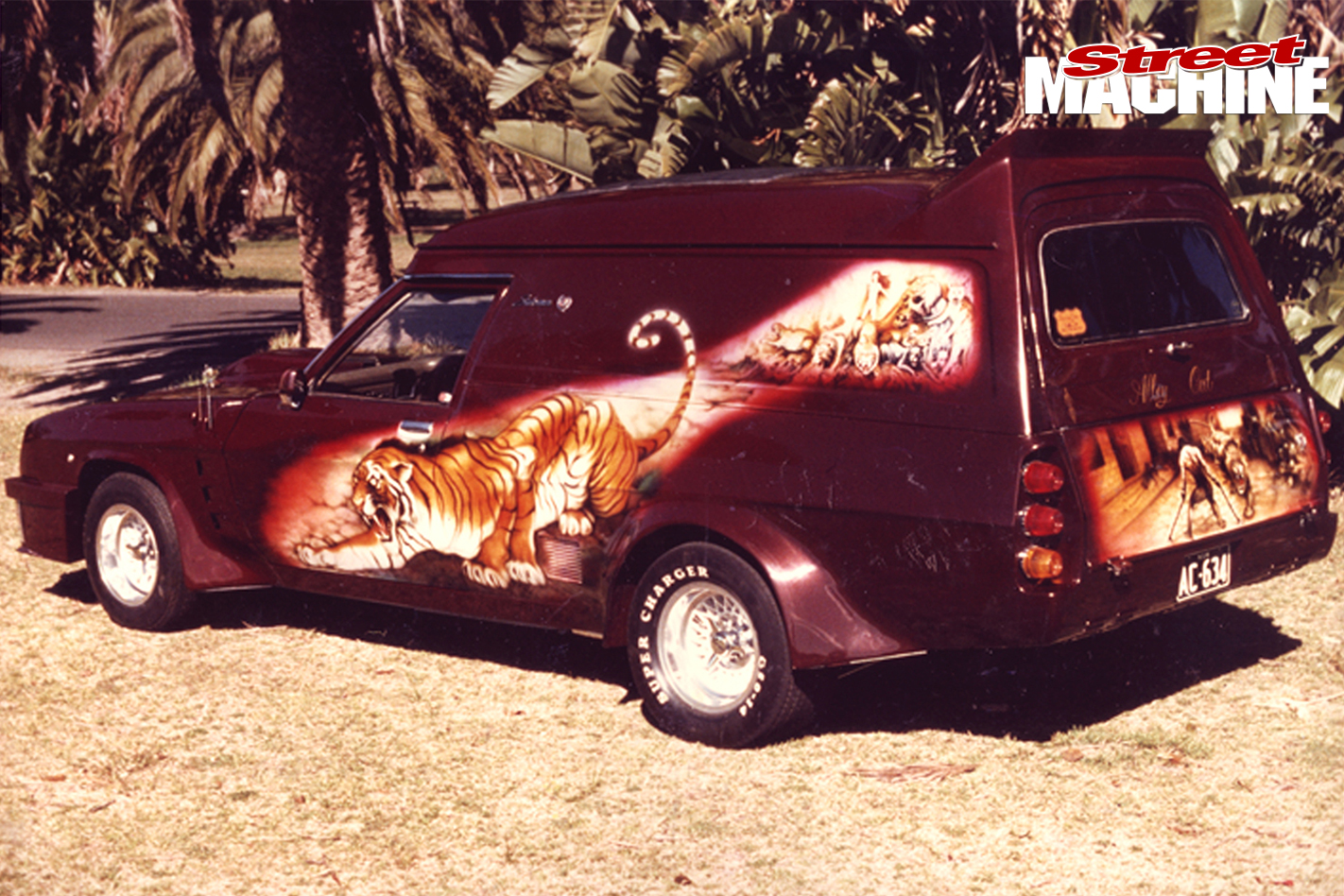 Alley Cat was soon sporting its first Frank Lee murals and the ’glass Meteor front end, but was still running 308 power. “Vanning was a hotbed of quality and the competition was fierce,” John says. “It was nothing to go home and totally redo your interior just to stay that one step ahead for the next show.” Being different was the name of the game and really spawned the radical custom vans of the 1980s. “I knew I had to step things up and decided that the next build of Alley Cat would be the pinnacle.” 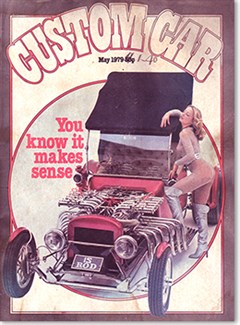 Gary Belcher’s ’23 bucket was a game-changer for the UK rod scene.

“His Model T had me hooked from the moment I bought that issue in ’79; it was the clean-sweeper. It absolutely slayed the competition at its first showing, winning something like 70 per cent of the trophies on offer! Pretty awesome for a car sprayed in his driveway and built in the lounge. That V12 donk was a beautifully detailed jaw-dropper; it was always in my thoughts as such a mindblower, so I knew what I had to do. This T was the inspiration to take Alley Cat all the way.” 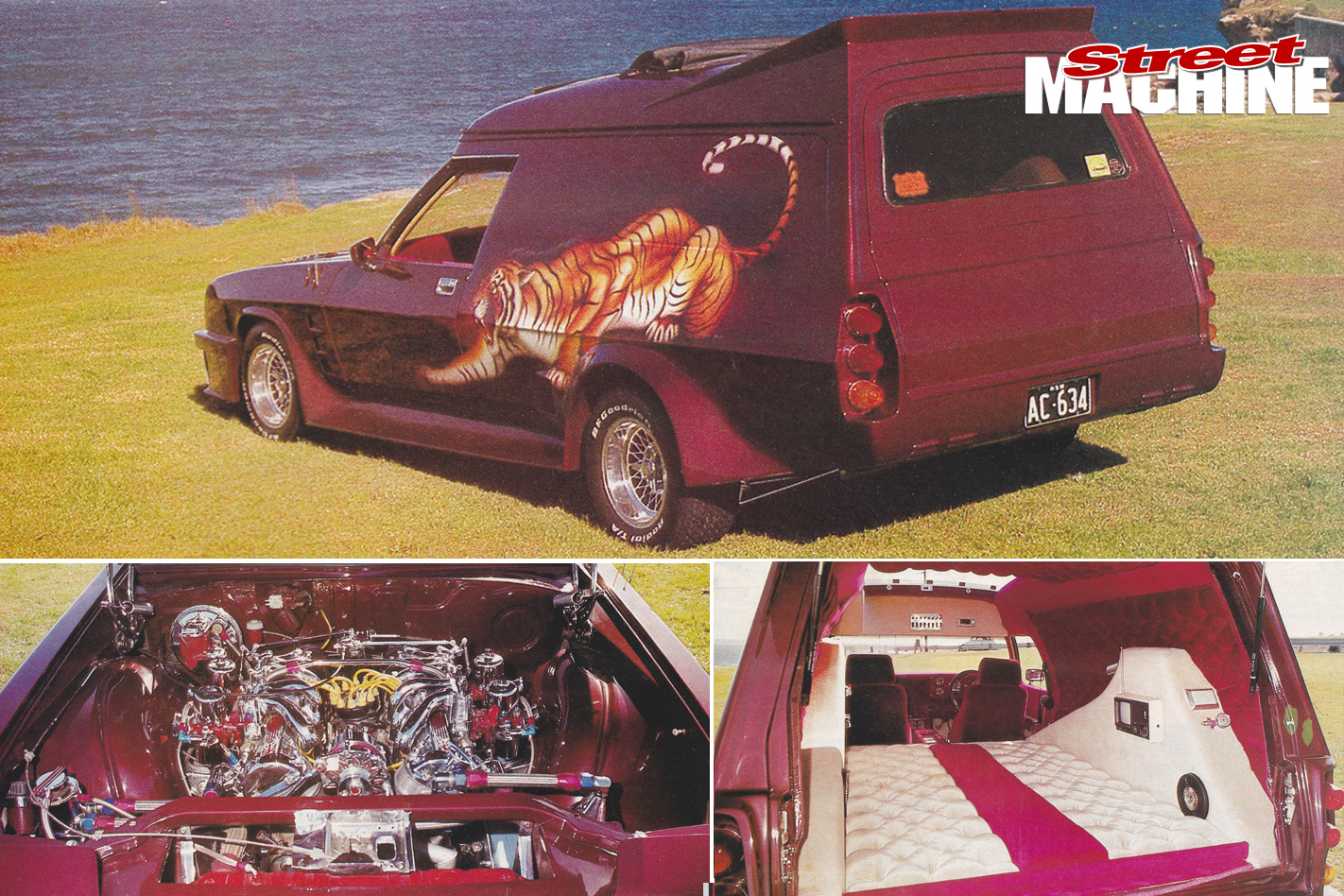 Alley Cat’s final incarnation. John slotted in full V12 Jaguar running gear and detailed the van to the max. The body received side-skirts, frameless doors, steel roof spoiler and modified nose. The trademark claret paint was retained – albeit sprayed in two-pack – with the maestro Frank Lee called upon for fresh mural work. “I drew on all of the elements that had inspired me since falling in love with cars, and with this final build won Australia’s Top Van in 1983.” 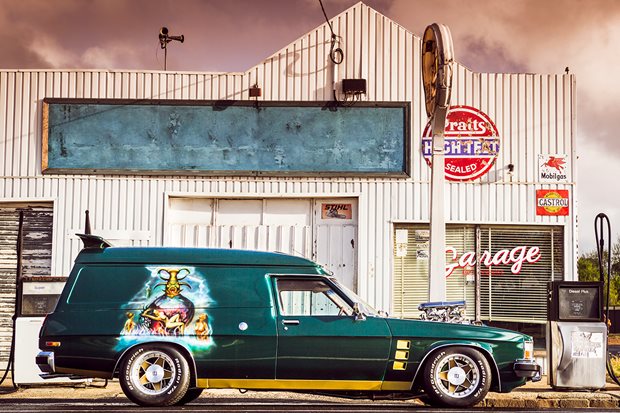 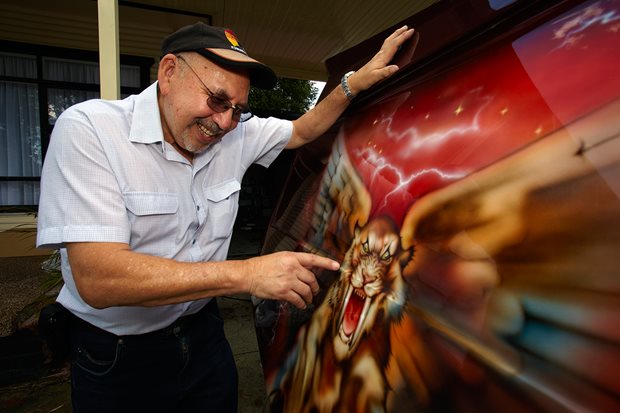 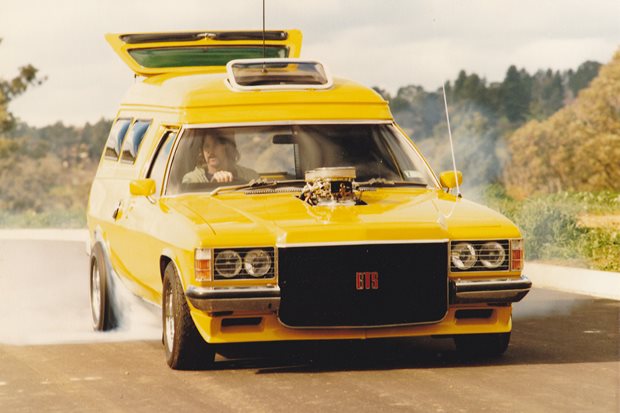