KEELY Bown has her dad Nick to thank (or blame!) for her motorsport passion

Since Keely was just 10 years of age, the young South Australian has been raising dust with the Port Pirie Dirt Circuit Association, and for the past four years she has participated at the DLRA Speed Week at Lake Gairdner in a distinctive black Subaru WRX. Now in her late teens and out of school, she has her sights set on a career as a motor mechanic. 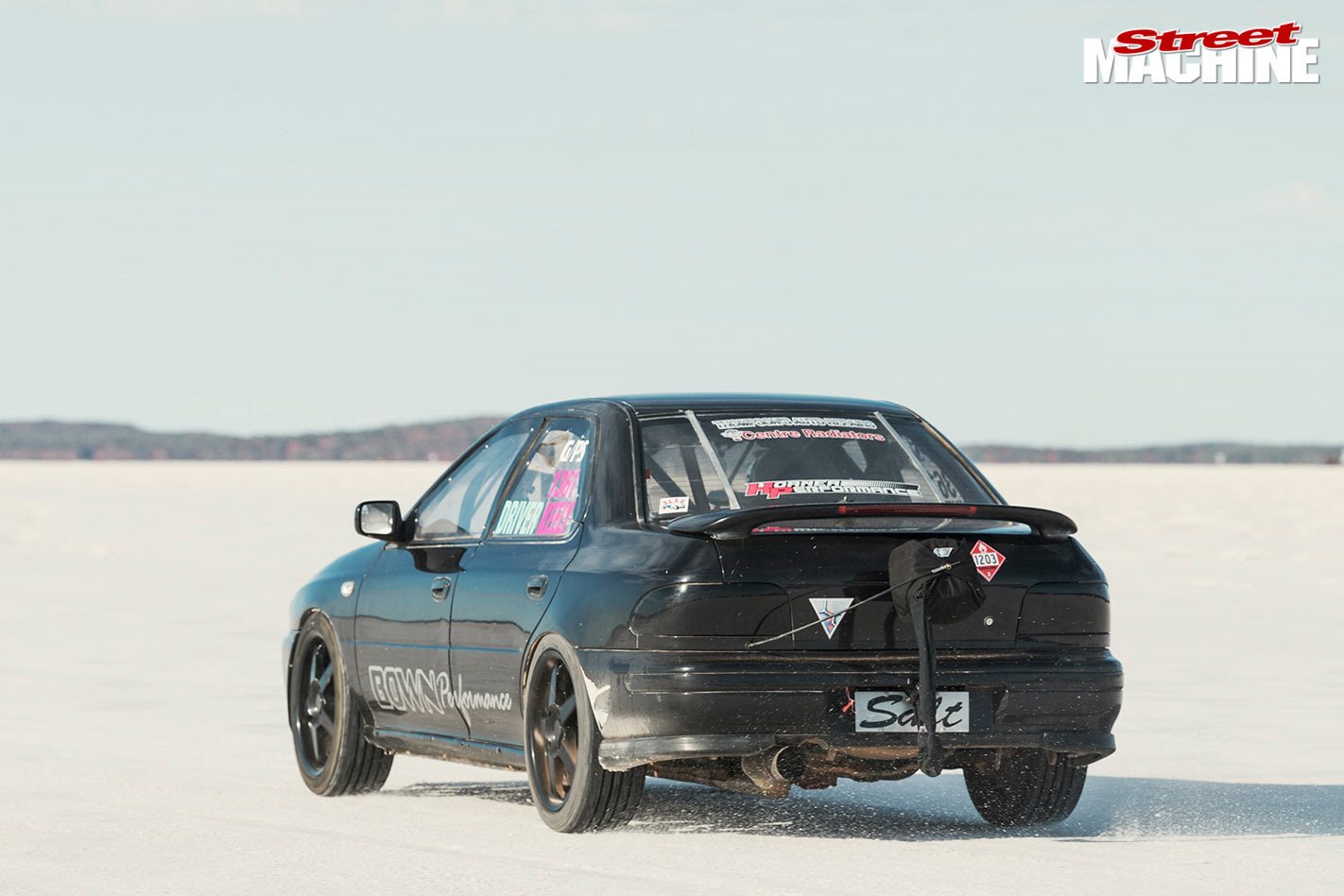 Cars and girls: not seen together as much as we’d like! How did you get into this?

Dad is the one who got me into cars. He’s been involved in drag racing and burnouts, so I’ve grown up around them. I’ve wanted to drive ever since I could touch the pedals. I was riding a motorbike at three. I’ve been involved in motorsport, racing dirt circuit, since I was 10. I was a real go-getter! Of course, I still love it now and I’m club champion! My dirt car is a Subaru wagon with a 6.0-litre LS2 in it, and it’s still all-wheel drive. My daily is a VE ute.

How did salt-lake racing come about?

Once again, it was Dad’s influence. He’s run there in the past. He started off in a Monaro in the early days of the event [Speed Week has been going for 29 years] and then he had a VL Commodore. 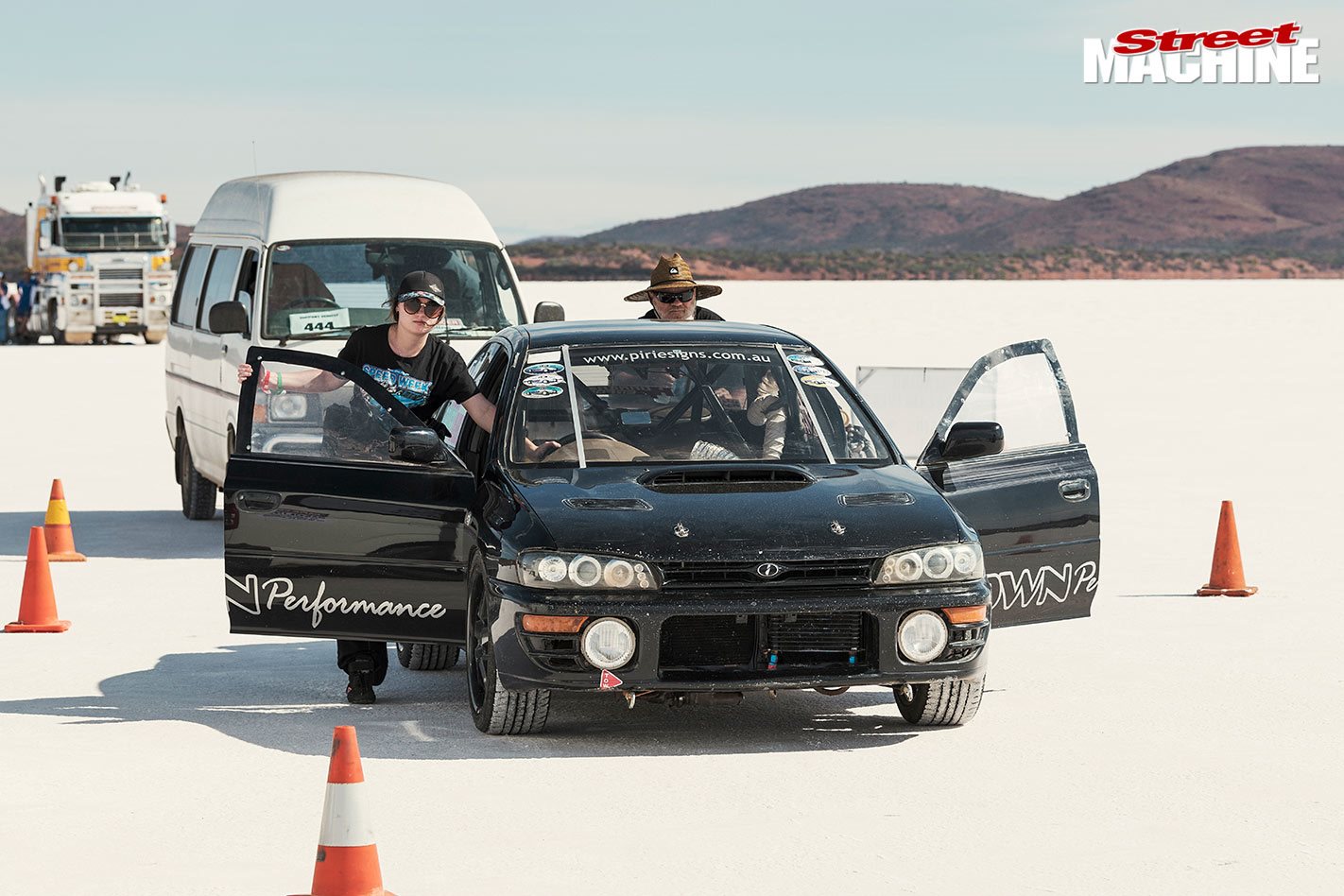 So why aren’t you out on the salt in a red-blooded, lion-hearted Holden, Keely?

Because I race a Subaru! I love my little Subaru! For the salt, Dad thought it would be sensible to start with something small and stick with what I know. Plus, my older sister Rochelle used to run this car out here for a couple of years. Back then it was stock mechanically and did 130mph.

Tell us about the Subaru. What’s in it now?

It has forged internals and H-beams, balanced, all the usual tough stuff. It has a bigger turbo and E85 injectors and an EMS computer. It has 260kW at all fours now, but the turbo is maxed out. 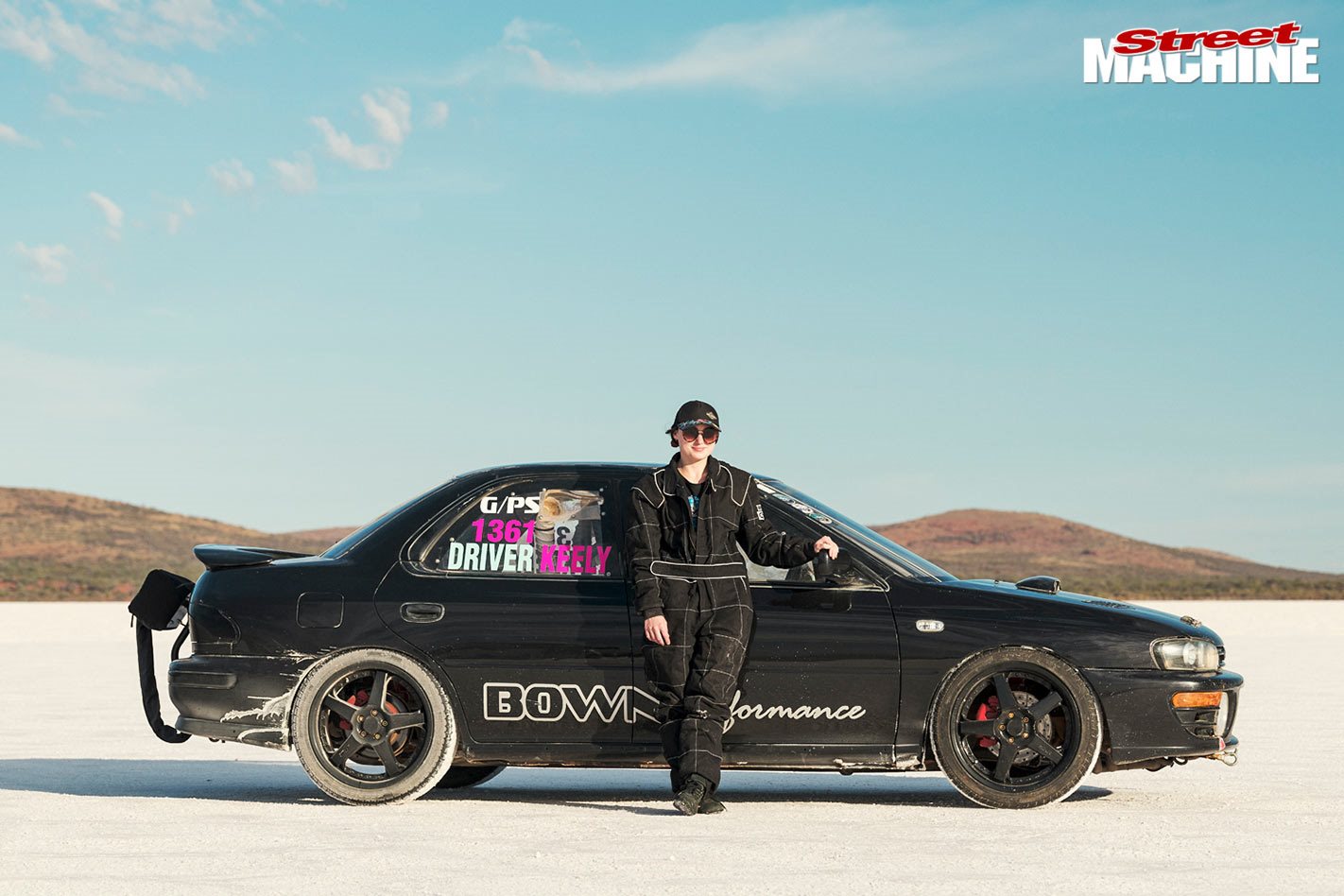 How did you go this year?

The gearbox seized! But before that I did a parachute pass as I thought we were heading over 175mph [all cars over 175mph must have a parachute and drivers must demonstrate its use] and we were hoping for a record because we added 100hp for this year. But it died against the overboost cut. With a gearbox change for this year it was over-geared even before the ’box crumbled. Dad’s just bought a six-speeder, so we’re in the process of changing that, plus a bigger turbo – again – and injectors. My dad’s mate Graeme Horner [a past Drag Challenge participant] helps with the tune of the dirt car and the salt car. We’re aiming for 300kW at the wheels and 180mph for next year!