BATHURST is the holy grail of Australian motor racing and, looking back at my win there in 1974 with John Goss, it was certainly more important than it felt at the time. Of course, the race was a big deal back then and good to win, but it wasn’t as big as it is now and to be perfectly honest was not the pinnacle of my career. I probably got more accolades from setting the first 100mph lap of Bathurst seven years earlier. 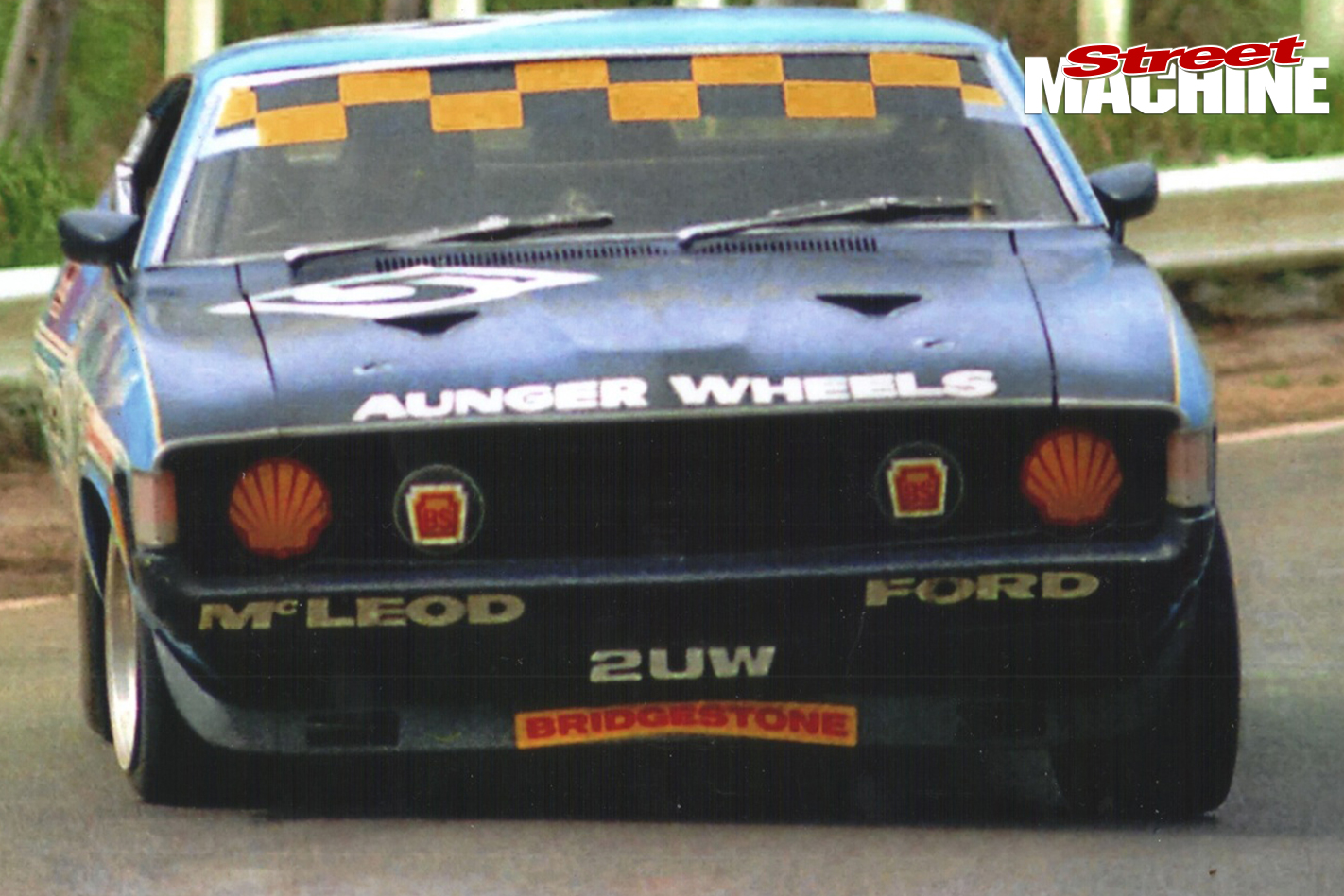 My views on what I call ‘closed cars’ versus open-wheelers is well-recorded – a broken record, really – so I would have preferred to win an Australian Grand Prix. In fact, I probably hold more store in winning the Macau GP, but I’m not putting down Bathurst by any stretch. It’s one of my favourite circuits and winning the 1000 was a very big deal.

Gossy put together a good team and we could also have won the previous year, which was the first for the Falcon hardtop. We’d started from pole ahead of the factory cars and led for a good part of the race until an incident with a backmarker.

Those big 351 Falcons were really nice to drive, even in the wet, but you had to deal with inadequate brakes and oil surge. John and I drove with one eye on the oil gauge the whole time; as soon as the pressure dropped to about 30psi, you had to get off the throttle or you’d run the bearings. Gossy was good at it, and I learned fast. 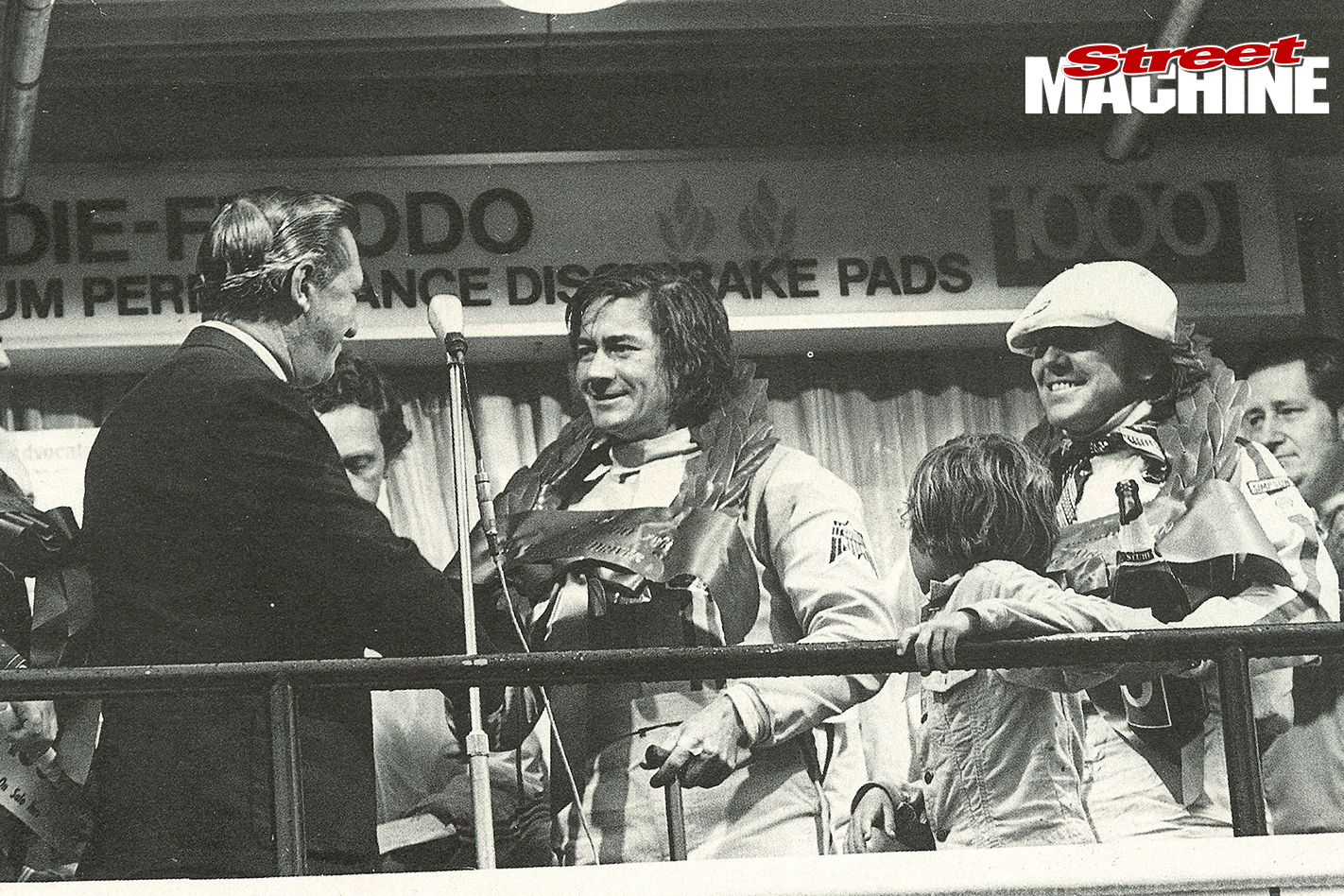 We had a prominent oil gauge, but there were still times when it dropped too low. What probably saved us in ’74 was the weather. It was really wet, which kept the g-forces down. We may not have made it in the dry.

I didn’t mind the wet, but the rain brought its own problems at Bathurst, especially with vision. The wipers were next to useless at those speeds and the inside of the screen fogged up really badly, so twice a lap we had to loosen off the shoulder belts – up Mountain Straight and down Conrod, where the marshals couldn’t see – and give the screen a wipe with the back of our gloves. It was pretty dicey, but that’s what you had to do. No demisters like they have now. 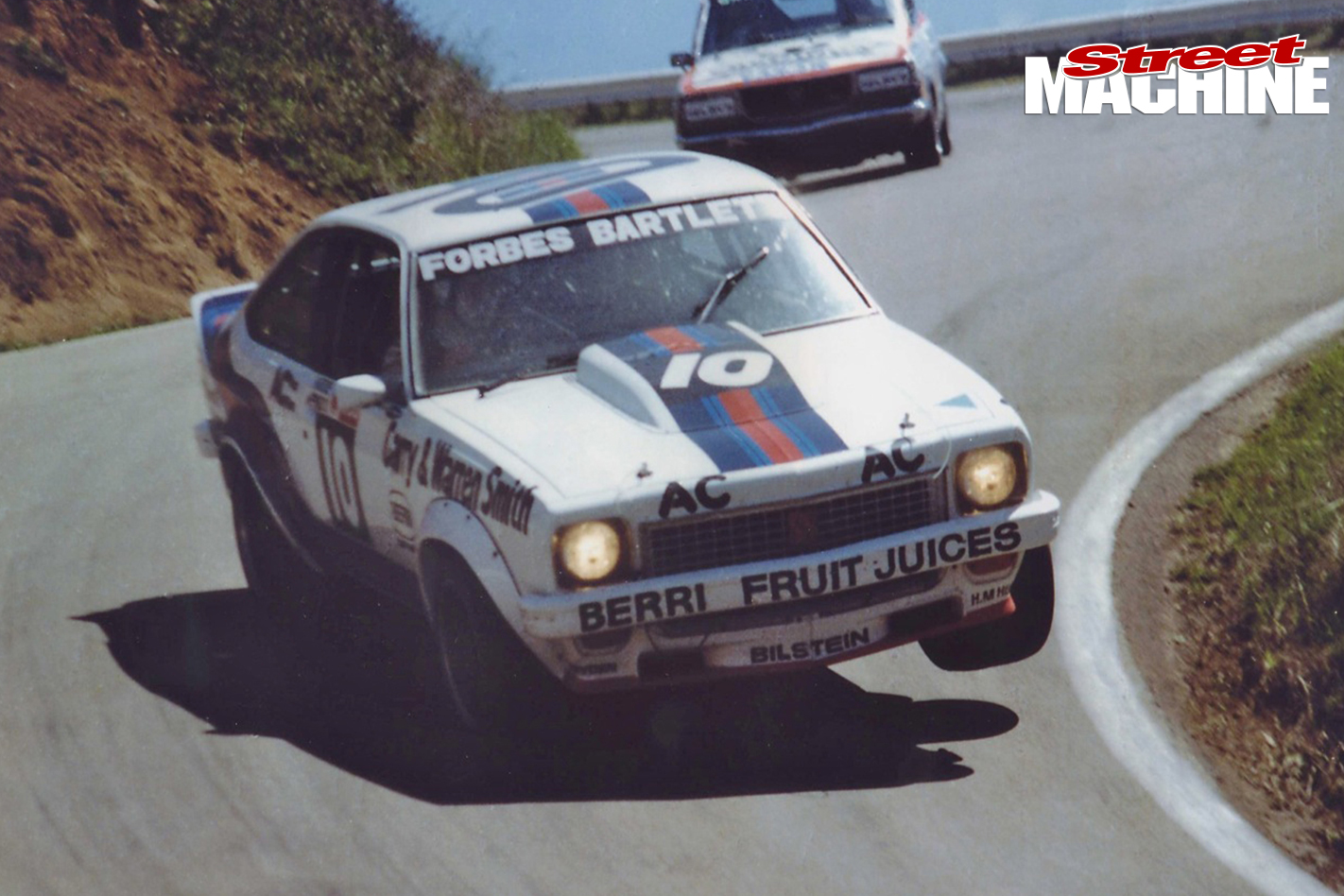 The best car I drove at Bathurst was a Torana A9X in 1978 for my mate Bob Forbes, a very serious and dedicated racer who drove my first Camaro there the following year. I walked the shell down the line at GM-H in Melbourne, so it had extra welds that made it much stiffer, and it was the best-feeling car I drove there. That was a white car with Martini stripes and it’s still going around the historic racing scene.

But I had a lot of great experiences and drove some good cars at Bathurst: various L34s and A9Xs, a JPS BMW, Walkinshaw Commodores, my Camaros and Dick Johnson’s Green’s-Tuf XE Falcon – at least the original car, before smashing into the trees in qualifying; the replacement car was severely lacking everywhere.

My last Bathurst damn near killed me. It was 1990 and Bob Forbes entered a two-car team of GIO-backed Commodores, pairing me with a rookie named Russell Ingall, who later won a couple of times with Larry Perkins. Unfortunately for Russell and I, the team had bled the water system the night before the race and someone inadvertently left the heater tap turned on, so it was like a furnace in there and we both suffered dehydration. 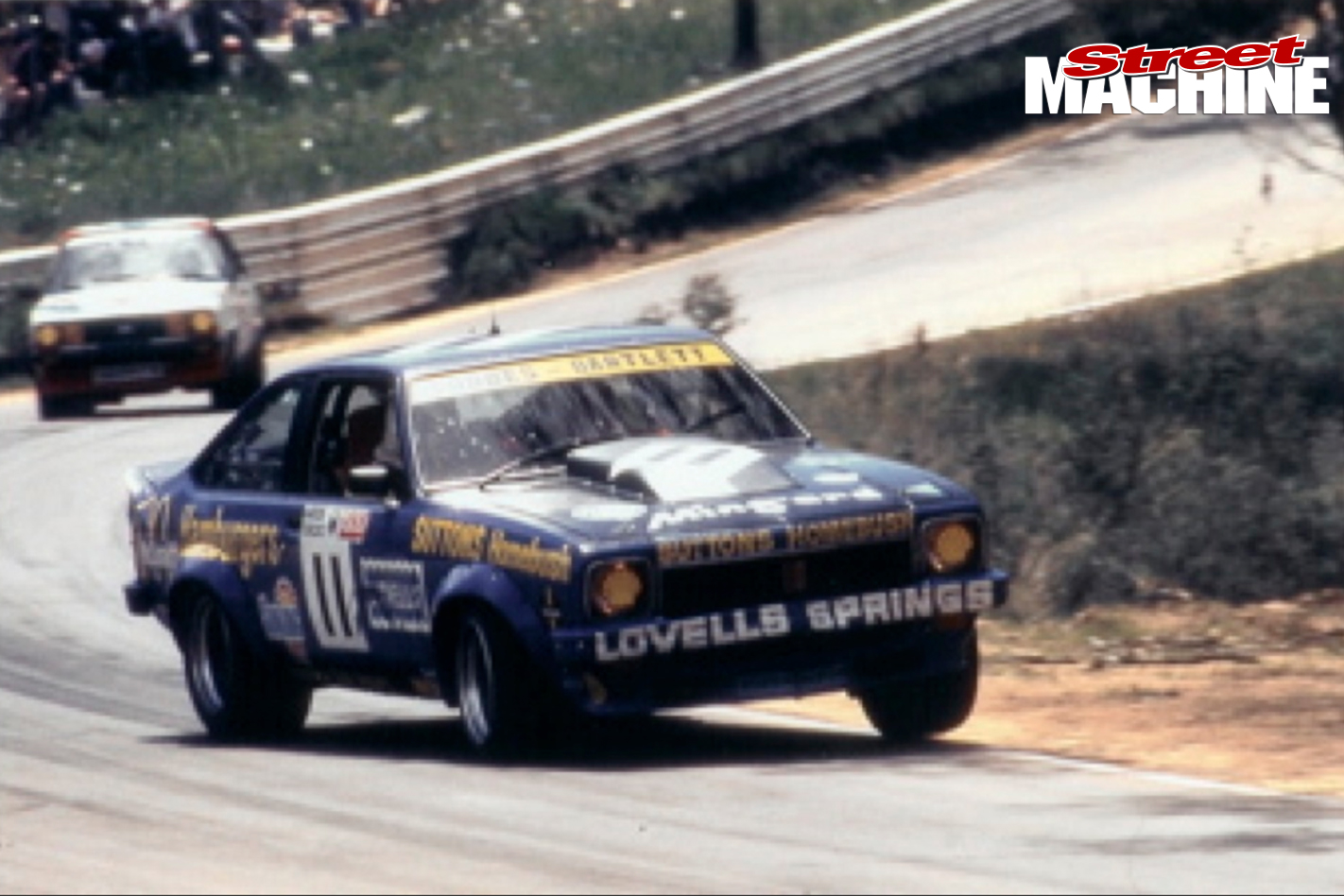 Russell was 24 years younger than me, but he had to come in early at one stage and frankly I hadn’t been able to rehydrate properly. To make matters worse, I knocked my water bottle over and had nothing to drink, so after that stint I was totally rooted. I collapsed in the pits and was put on a drip.

A couple of months later I had a heart attack and required a quadruple bypass. The experts said I must have experienced some sort of trauma, so when I told them about the suffering we experienced in that race, they just nodded and said, “Yep, that would be it!” After that, I never raced seriously again. But at least I’m still around to talk about it.