ANTHONY Burns has taken a slightly different tack with his Monza Red, XE-fronted XD Falcon S-Pack, removing some of the previously fitted grandpa-spec pieces like the sun visor, venetians and whitewall tyres and replacing them with some good ol’ bogan-spec 80s styling cues: chrome 12-slotters, white-letter tyres and the mandatory Oakley sticker on the back window. 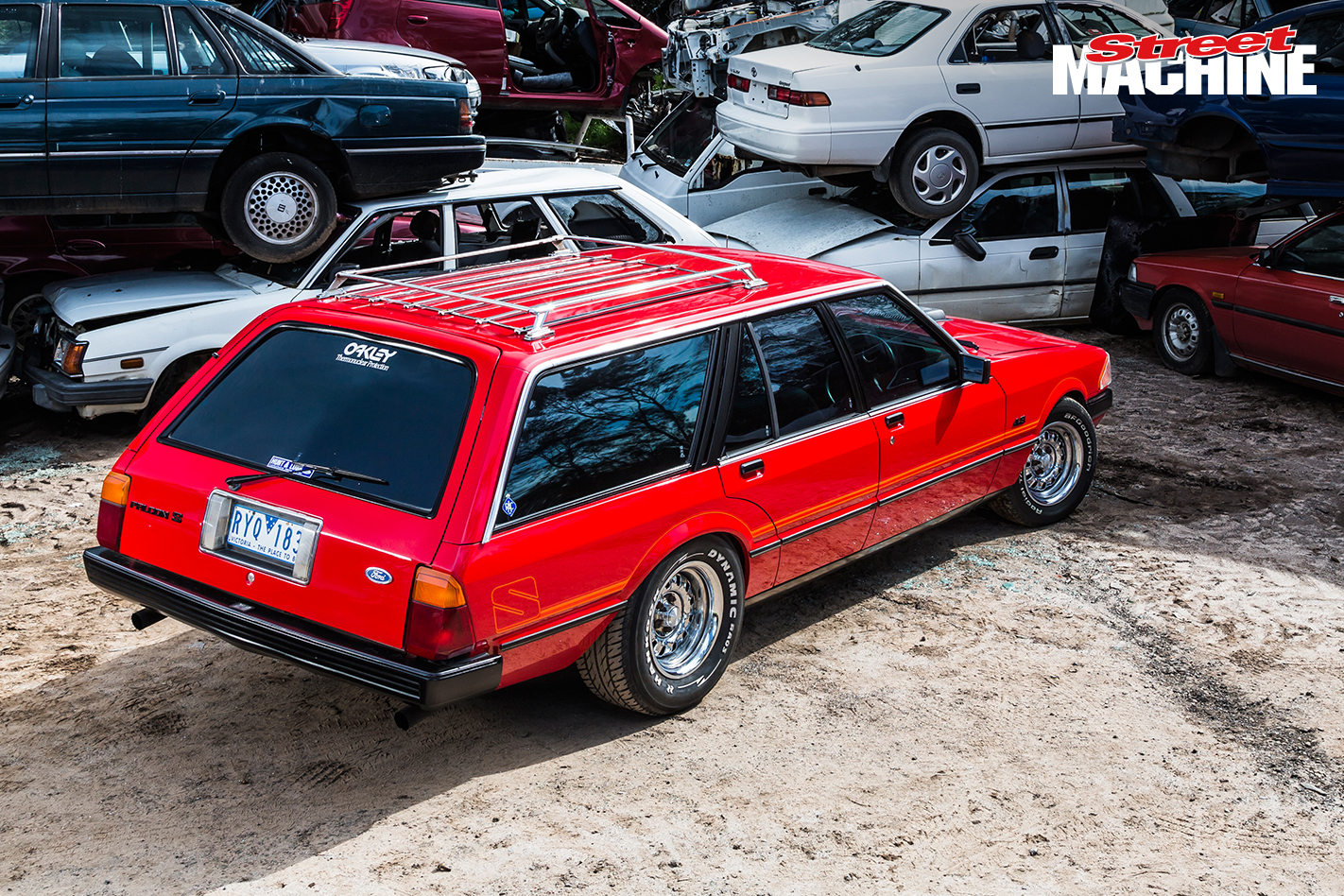 As it stands, the wagon has run a slippery 11.5 at around 120mph. “Looking at the few cars that I’ve seen that have entered Drag Challenge this year, there are a lot of sleepers, so I wanted to try a bit of a different angle,” Anthony says. “Being a wagon it’s a bit sleepy anyway, and having 12-slotters on it – by the way, it’s all done ironically, it’s not my style of car – the idea is obviously to have it look like an 80s car. I even found a set of 15x4 12-slotter front-runners in Perth, so I’m going to have a full strip set-up but still running 12-slotters on the thing,” he laughs. 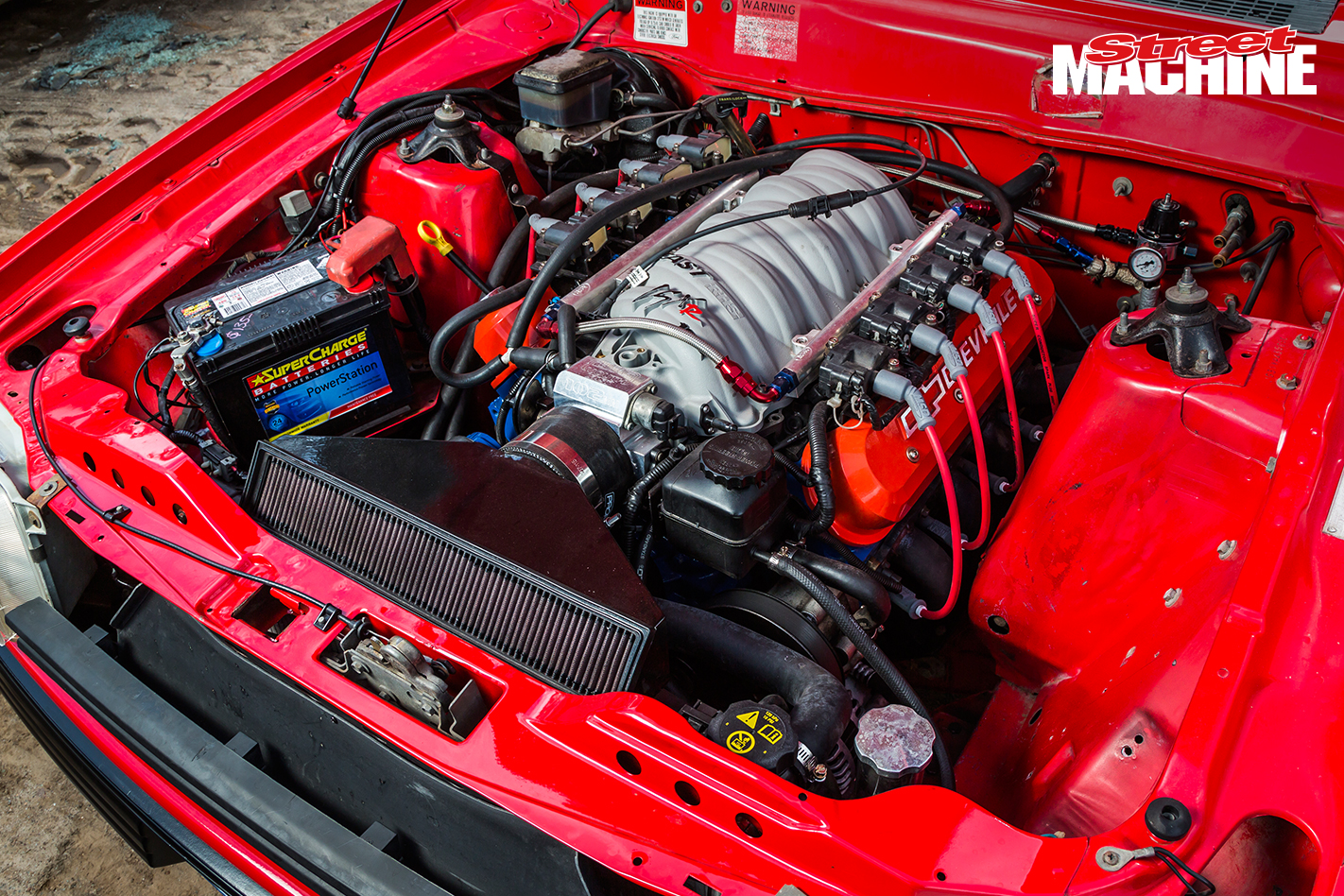 Where it gets really interesting is when Anthony pops the bonnet. There’s the familiar Ford blue and orange that identify it as the 302 Clevo – but hang on, that says Chevrolet on the rocker covers! Yep, it’s another #lstheworld moment, but Anthony had some pretty good reasons for this blasphemous act: “I wanted something that we could load up and take to Phillip Island and was still decent enough to cruise around in,” he explains. “I wanted something with an overdriven gearbox; I didn’t want a manual, I didn’t want a Windsor and I wanted a V8, so there weren’t a lot of options.” 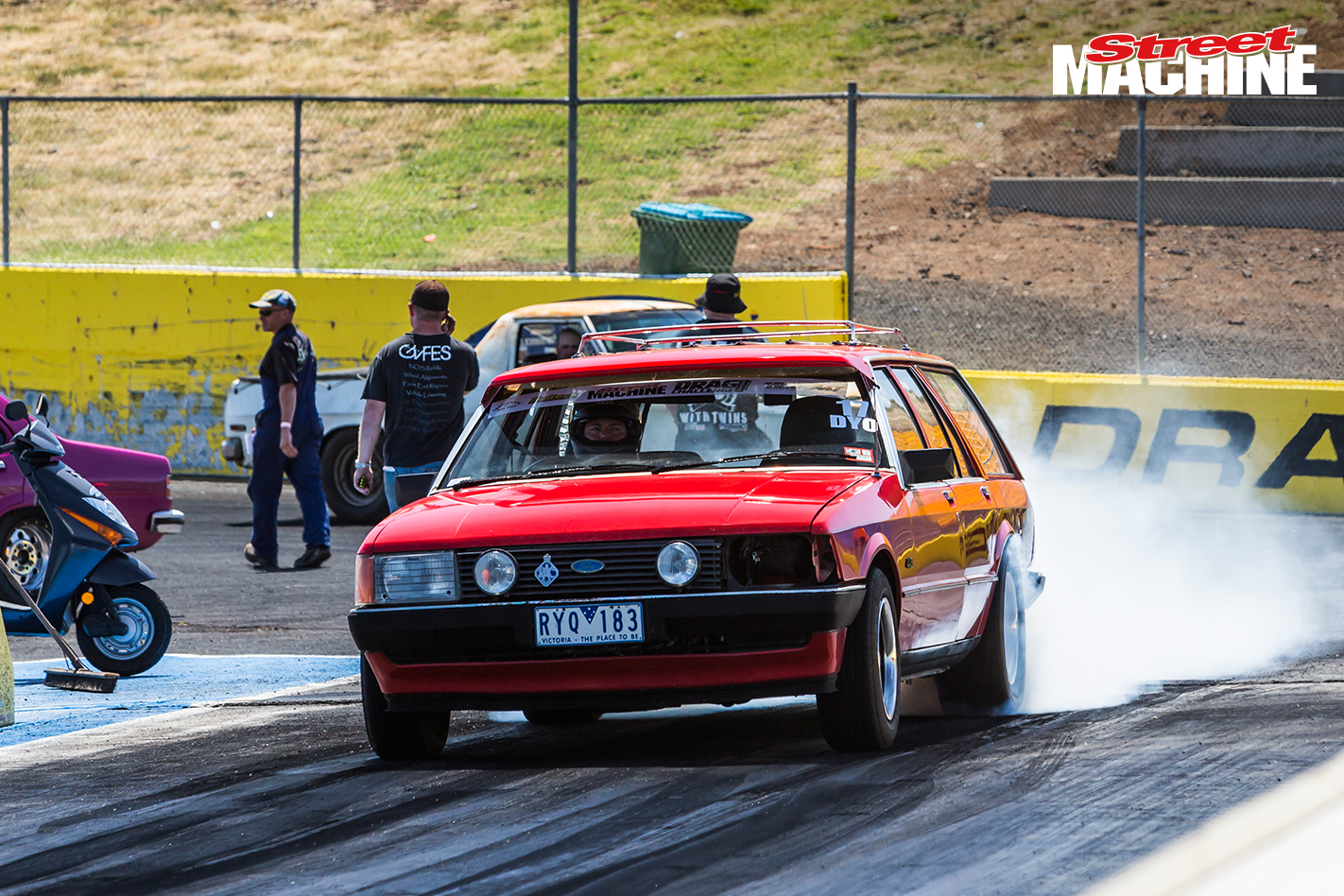 Initially the car had a 5.7-litre LS1, but earlier this year it was swapped out for a six-litre L98 from a Caprice that used to be a Silver Service taxi and had done over 350,000km. The engine had chewed a lobe off the cam, but it was complete and Anthony picked it up for the princely sum of $1000. He spent more than that on the intake set-up! “All it needed was a cam and lifters, and while we had it apart we put bearings in it as insurance, but they were okay,” he says. “The bores were fine, we didn’t touch the rings or pistons, but we did set the gap. All said and done, the motor owes me $3500, and the only reason it was a little bit dear was that I did do rod bolts and head studs and a few bits and pieces, because I might turbo it later on.” 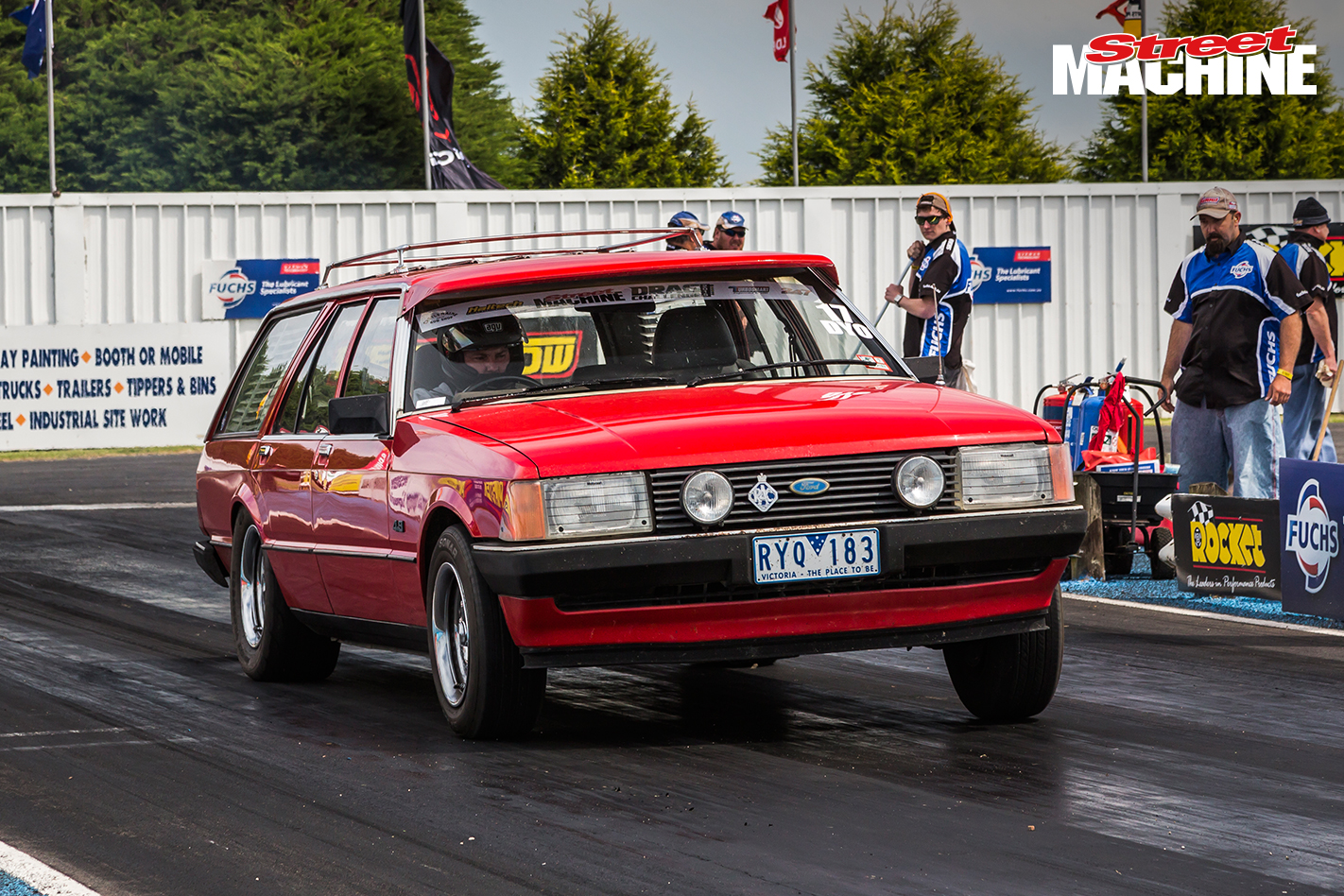 Just using atmospheric pressure, the car’s making 406hp at the wheels with a bit of a cam, an OTR intake and a tune-up, which is why everyone loves the LS so much.

The XD has over 300 passes under its belt and he plans on running in the DYO class this year. “I’m the laziest dude at the track; I built it so I didn’t have to do too much to it,” Anthony states. “I want to go racing, then have a beer and talk shit; I don’t want to work on the car. I want to run a 10 on this motor, then strap a turbo on and cheat like everyone else does!”