As he winds back his show-judging commitments, the legendary Owen Webb gives us a peek behind the curtain at the world of automotive judging

AFTER 27 years at the centre of Australia’s show scene, judging supremo Owen Webb OAM recently announced he’s winding back his car show commitments – which includes standing down as chief steward at the Street Machine Summernats and Meguiar’s MotorEx.

During his phenomenal career, few have matched the passion, drive and ability to motivate and inspire car builders as the man they call Webby. With this ending of an era, we asked Owen to reflect on how the sport has evolved over the years and for his take on his remarkable contribution to the world of automotive show judging.

How did this all come about?

As a panel beater and spray painter with my own restoration business, I built a few cars in the 80s and 90s that did well at shows, including Bruiser, my black XW ute, and my blue XY sedan Wild Thing.

After Wild Thing’s success at Summernats 1, Chic Henry approached me about joining the judging team for Summernats 3. I said yes, thinking that I might do it for a year or so, before getting back to a few other cars that I still wanted to build.

How did you learn the art of judging?

I was fortunate enough to be paired with Carl Dolezal. He was a very experienced paint judge that had been doing it since day one. He taught me a lot. The other experienced judges like Bill Giles (chief steward at Summernats 1 to 11) and my good friend John Taverna were also very helpful.

That’s just how it is; all the long-term members, like Tony Cairns, Brian Willis, John Hristias, Carina Bates, Clint DiGiovanni, Matt Gilkes and Mark Hayes have always helped everyone else.

What’s changed over the years?

[Summernats founder] Chic Henry first told me in 1985 he wanted to do an event in Canberra using a new judging system, one that would bring together street machiners, hot rodders, fans of American and muscle cars – all would be welcome under the Summernats banner. Chic wanted to build up the judging expertise and get rid of the old ‘tick sheet’ judging.

You know, five points for a non-cracked tail-light – tick. Another five points for a first aid kit – tick. He wanted industry people, experts in their field, people who knew what they were looking at. Chic believed if Summernats didn’t drive innovation and excellence, people would simply keep building the same old cars for the next 20 years. I agree, and have really encouraged builders to get innovative, to give everyone else something to step up to. 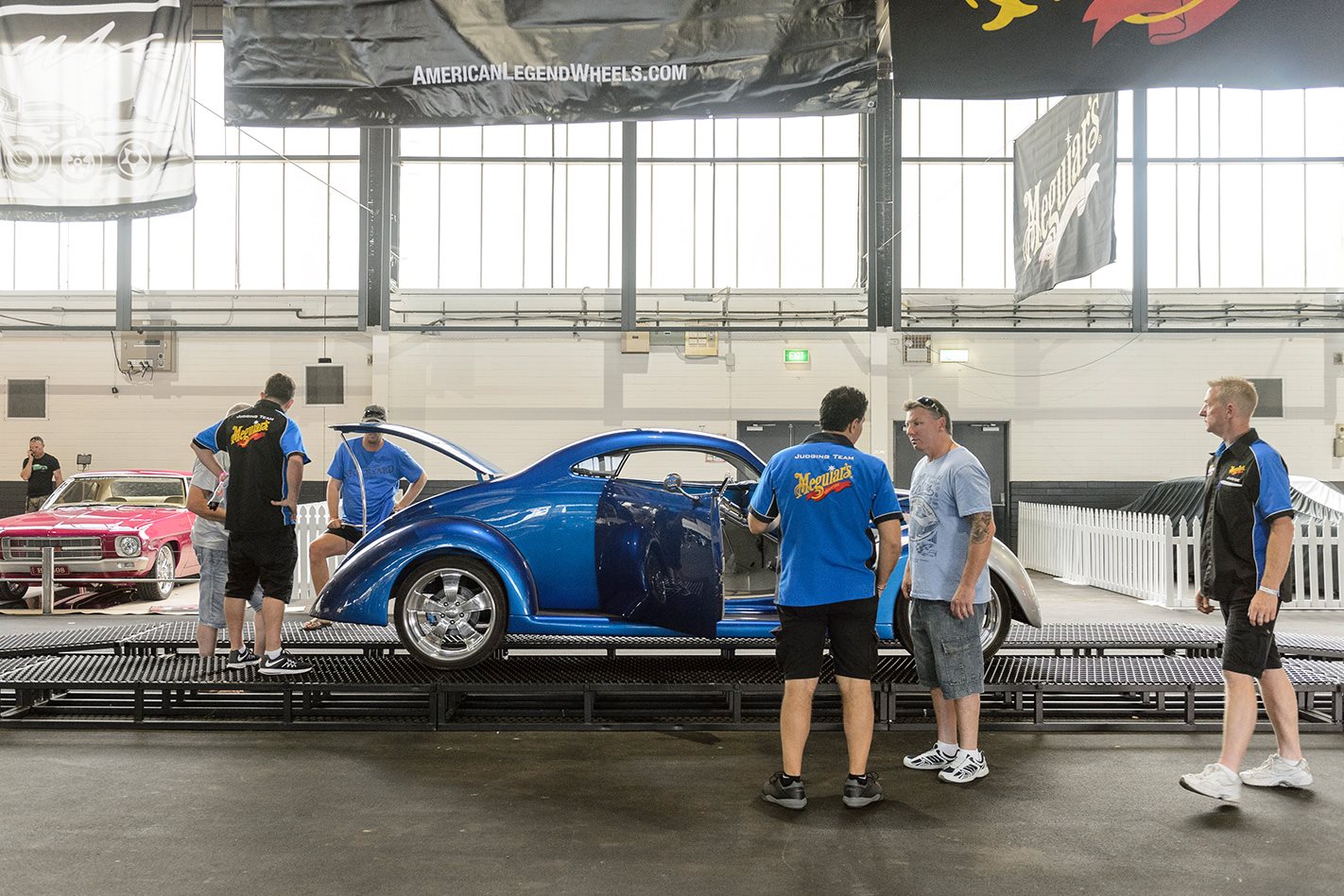 How does our system compare with systems overseas?

I’ve judged in Malaysia, New Zealand and the US, even sat in on the Ridler twice. Our system is without doubt world-class. The core of our judging system is consensus. While each judge has their own responsibility, we sit down as a team to discuss the final results to ensure nothing has been overlooked. Everyone on the team understands how and why each decision has been arrived at.

Yes and no. The discussion is not about changing scores – unless a car has been overlooked, or a score omitted. It’s more about understanding the process, everyone’s approach and about being confident the right car is winning the right award. I invited Troy Trepanier to sit in while he was out here.

He loved that it was experienced builders judging, how points were accumulated and how the results were discussed. He commented that our system was the best he’d ever seen.

How do you get through so many cars in such a short time?

We’re often accused of not taking enough time to look at a car, or just brushing over it – especially with paint. Here’s the reality: At events like Summernats, there are many good paintjobs. To whittle it down, we look at the lay of the paint, check the primer’s been blocked properly, how the paint has been applied, mottle, orange peel, depth, etc.

This eliminates more than half. Then you look at the hard-to-get areas: under sills, door jambs, under the hood, in and around the boot.

This eliminates most of the rest, leaving as few as 10 cars with a realistic chance of fighting it out for paint. By quickly eliminating those that don’t have a realistic chance, you can spend the time on the rest to make the correct decisions.

What’s the hardest area of a car to judge?

Undercarriage. We don’t have a hoist or a rotisserie, so getting access is hard. Even with the ramp, it’s still hard. You just have to get in there with your torch and spend the time. It’s also hard to keep emotion out of it. John Taverna was an excellent judge and once told me: “Everyone thinks their car should win and everyone has a story.” He’s right; you feel for the stories of why something wasn’t finished, or how this happened. But, as a judge, you can only judge what’s in front of you. Not what might have been. 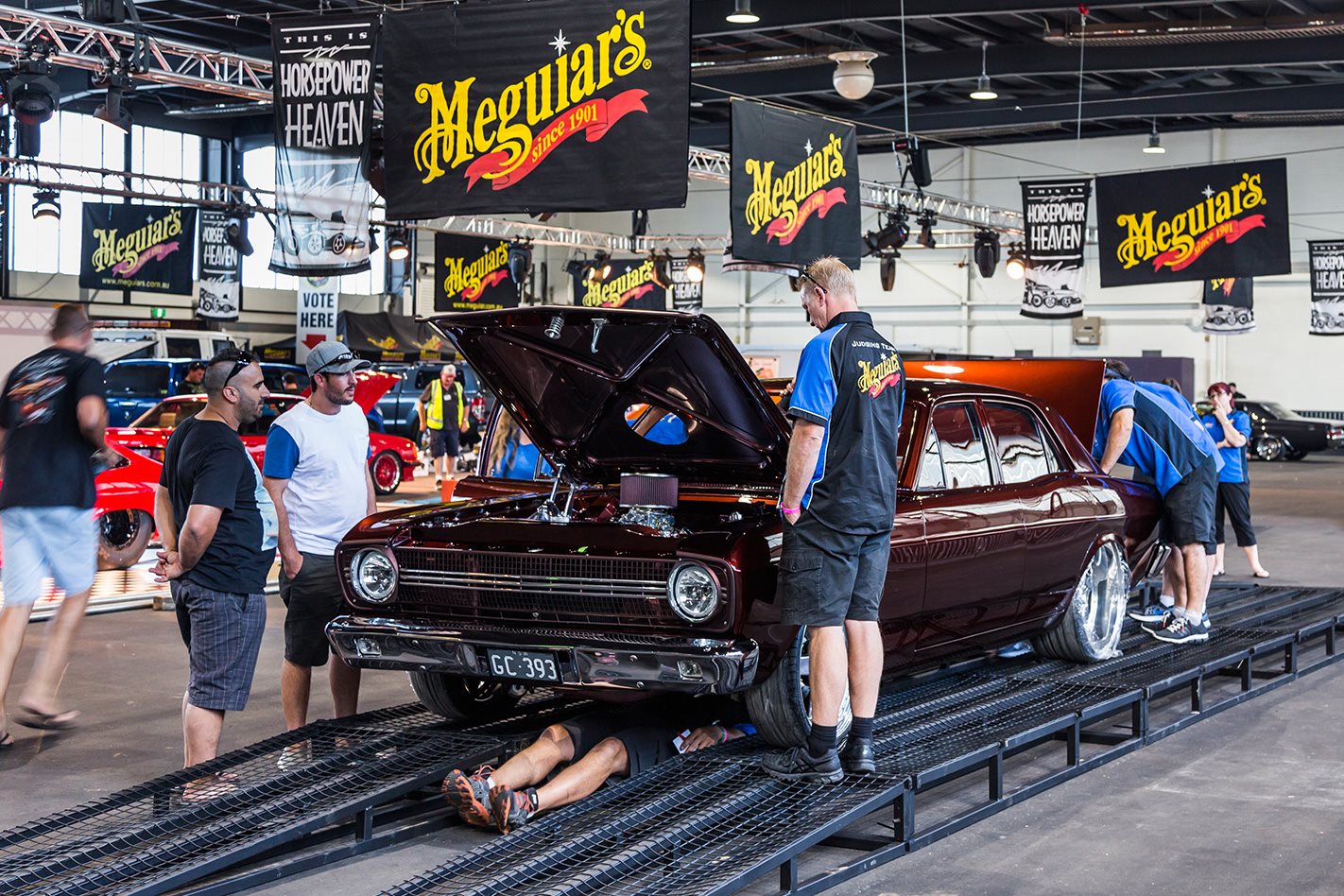 How do Australian builders compare with the rest of the world?

I have visited many of the best shops around the world: Rad Rides, Foose Designs, Ringbrothers, Bill Dunn, The Roadster Shop, Barris Kustoms and many more. I call all of them close friends and I’ve seen a lot of their work. All the good fabrication and custom shops here in Australia, like ProFlo, Southern Rod & Custom, CAD Customs, Pat’s Pro Restos, Custom Bodyworks, Hills & Co, Real Steel and Knight’s Garage, to name a few, are as good as any of them. We’re definitely world-class.

Do our cars stack up?

Every visitor, including Troy, Chip, Jon Kosmoski, Gene Winfield, Charley Hutton, Jimmy and Pete, they all comment how good our cars are. In the US there’s just more people, more builders, more cars and more events.

What cars have really shaken things up?

I continually hear about the next big thing, but the majority are just another version or improvement from the last few builds. Alley Cat was an early stand-out; then came Howard Astill’s Rock Solid. I remember seeing it at the Narrandera Street Machine Nationals: smoothed engine bay, undercarriage detailing – my first influence to build a show car.

Ron Barclay’s HQ ute was re-engineered, cleverly detailed and refined to a level that took everyone by surprise – it’s still remembered to this day. Although a brand-new car at the time, I believe Rob Beauchamp’s pro street VL Commodore took the scene from street cars to real show cars – it even drove well, despite the knockers. Les Lawry’s Victoria was the first car I ever saw with the amount of detail and finish, especially on the undercarriage. Shane Rowe changed the rules with that car.

Rod Hadfield’s ’55 Chev had more engineering, more fabrication and more planning than anything before it. Rod’s had many incredible builds, but for me, the ’55 was the stand-out. Another guy with unbelievable planning skills and vision is Mick Fabar. ZERO’D was a stunning, super-elite build, with a documented zero-carbon footprint – never done anywhere else in the world! 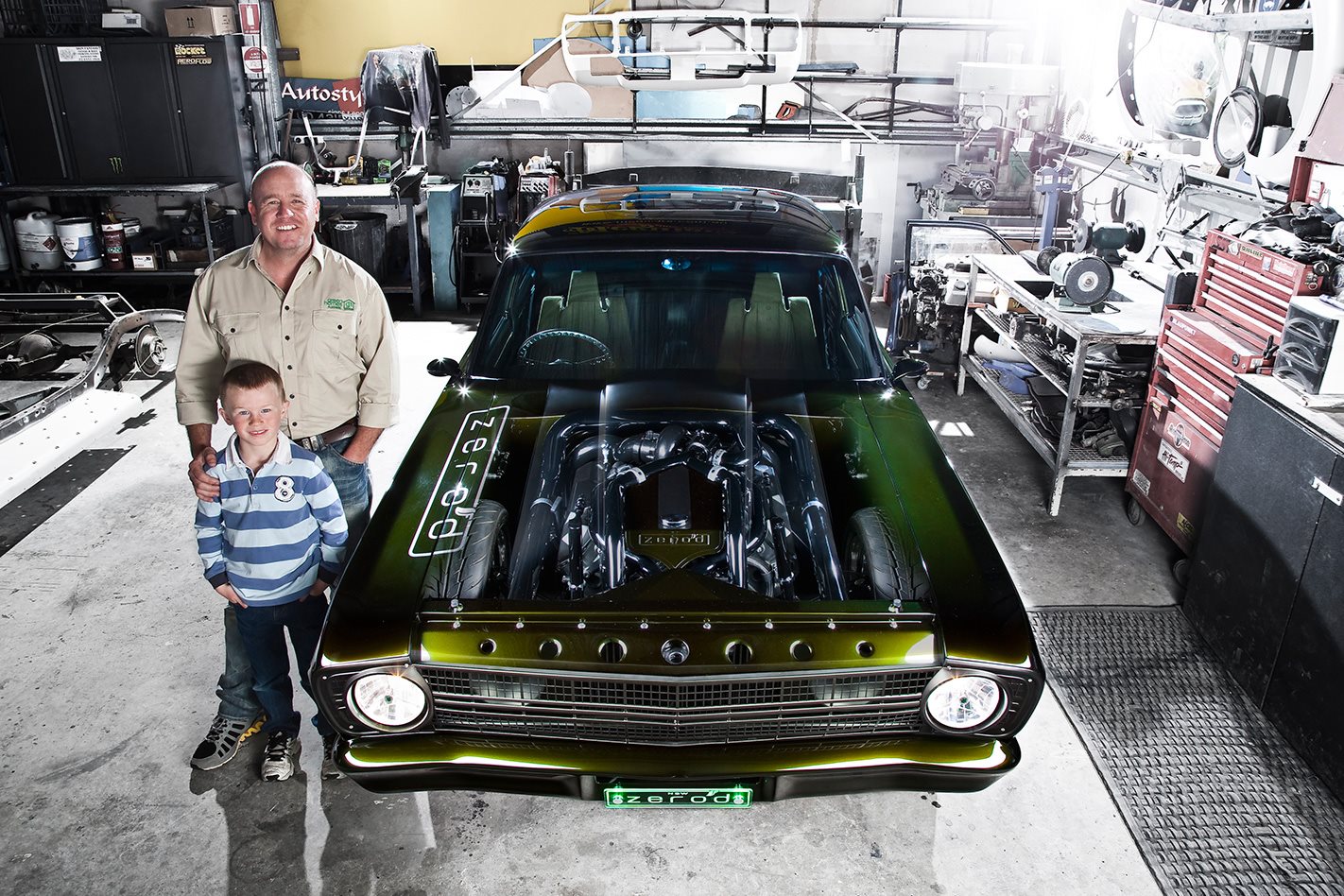 However, it was Mick’s ’34 coupe, RAWR, that blew me away. It adapted ideas from hot rodding, pro touring, super cars and aircraft. The colour, the style, the design, the wheels; it’s probably my all-time favourite car – it was anything but just another ’34. Jimmy Shine and Pete Chapouris thought so too, picking it as their choice at MotorEx and commenting it would knock them out in the US.

Attention to detail and innovation. All the good builds get all the big stuff right. It’s always the little things that robs it of those precious last points. I’m always encouraging builders to take chances, as innovation always scores big.

How do you recruit judges?

We’ve probably had a core group of about 25 people over the years, which is pretty small when you consider the timespan. During this time, we’ve asked about 50 people if they’d be interested in joining the team. Like Chic did in the beginning, we approach people who we think would fit the criteria. I always like to bring on young talent as they have a different perspective.

The late Laurie Starling was a great example, and we recently gave Rachael Durbridge (SM, April ’16) a chance at Red CentreNATS – she has a great eye for paint and all the skills to match. Not everyone is cut out to be a judge. I’ve seen some of the best builders and tradespeople try it and quickly realise it’s not for them. You really have to appreciate the system and the work that goes into every decision. 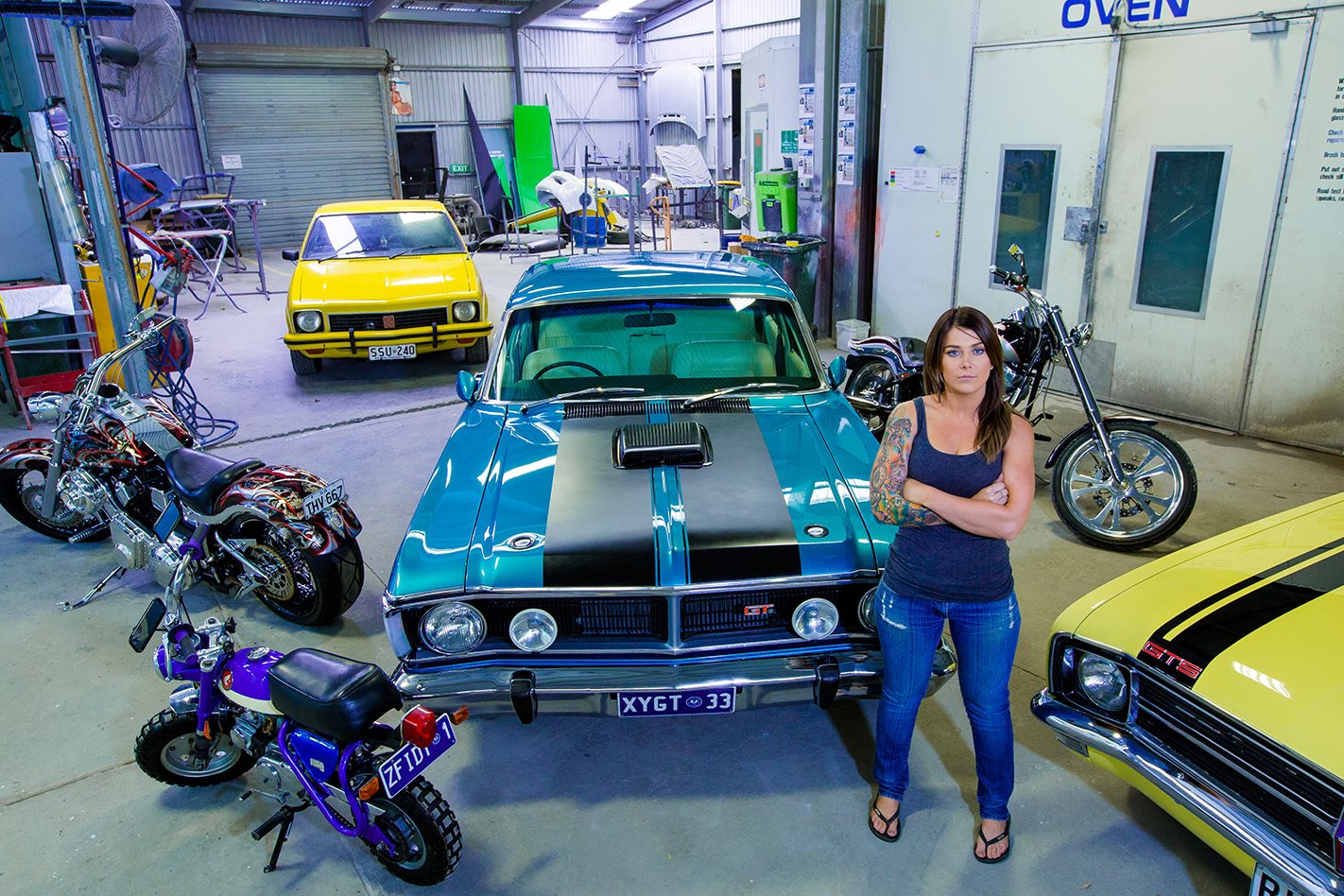 I won’t be disappearing; I’ve put a great deal of my life into shows, I still love cars, I still love the sport and I still love shows. I’m very proud of what I’ve achieved and really want it all to keep evolving and growing. Drago Ostric is taking over, he’s the Summernats 17 Grand Champion and very experienced. The team respects him, so things are in good hands. I’ll become a spectator – except at Red CentreNATS. I love this event, it has a great vibe. People are there to have fun with their cars, cruise on the street and display for the public – if they win something it’s a bonus.

What will you miss the most?

All the incredible people I’ve worked with over the years. The journey has been awesome, the cars have been great, but many of the people are better. I want to say a special thank you to all the judges who have given their all. Especially every member from the MotorEx and Summernats team; it’s been a pleasure and a privilege working with you. Thanks.

What’s the future of shows?

Don’t believe all the social media BS; there are a lot of good builders out there and the show scene is very healthy. Under OTP, Summernats is now stronger than ever, and with OTP acquiring MotorEx, the future is bright for these high-energy, top-shelf events. With builders now moving into CAD design, 3D printing and some incredible machinery, only certain customers will be able to afford the really super-high-end builds. More affordable Street Elite builds is where the action is. This is great, as the owners are getting out and driving them.

A lot of smaller shows are being replaced with Cars ’n’ Coffee and evening cruise-style events. Rock up, have something to eat, chat with other car people, then head off. You get to cruise your car, there’s minimal cleaning involved and you don’t have to hang around all weekend waiting for Sunday night bump-out. Shows might be changing, but they’re definitely not disappearing. 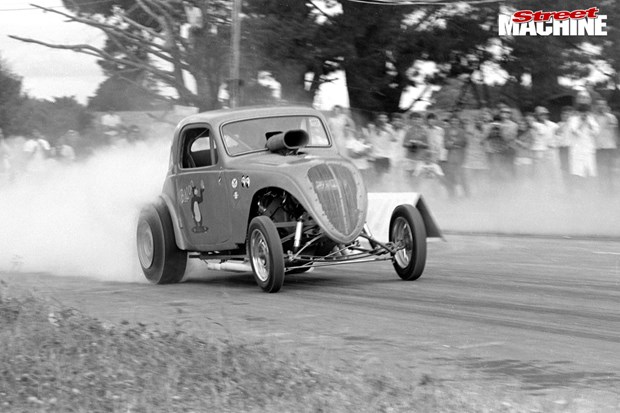 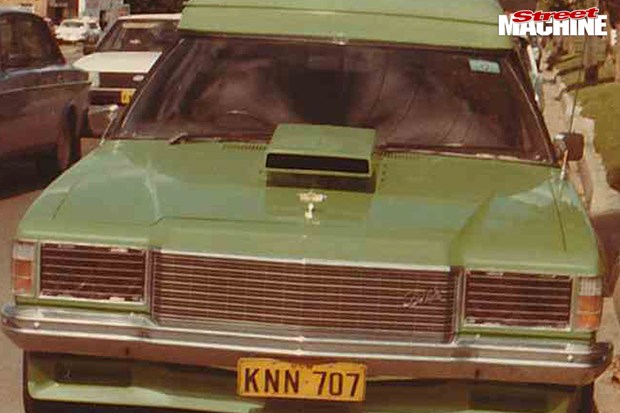 Nick Cockinos - My Life With Cars Part One

Old-school vanning memories of Nick Cockinos, one of the founding members of the Renegade Vanners club 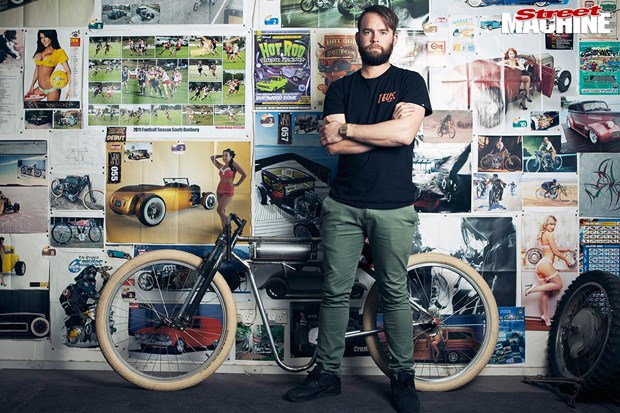