LEWIS Cromey is a young bloke with a lot of style. He’s been cruising around in this well-worn, super-cool and very low XM Falcon ute since he first got his licence. Usually, that means there’s a little guidance and assistance from a more experienced person, and that’s definitely the case with Lewis, as his dad Alasdair usually parks his even cooler and even lower ’55 F100 right next to Lewis’s XM when they go out cruising. Born in the UK, Lewis came over here pretty young, so he even sounds like a proper Aussie now. 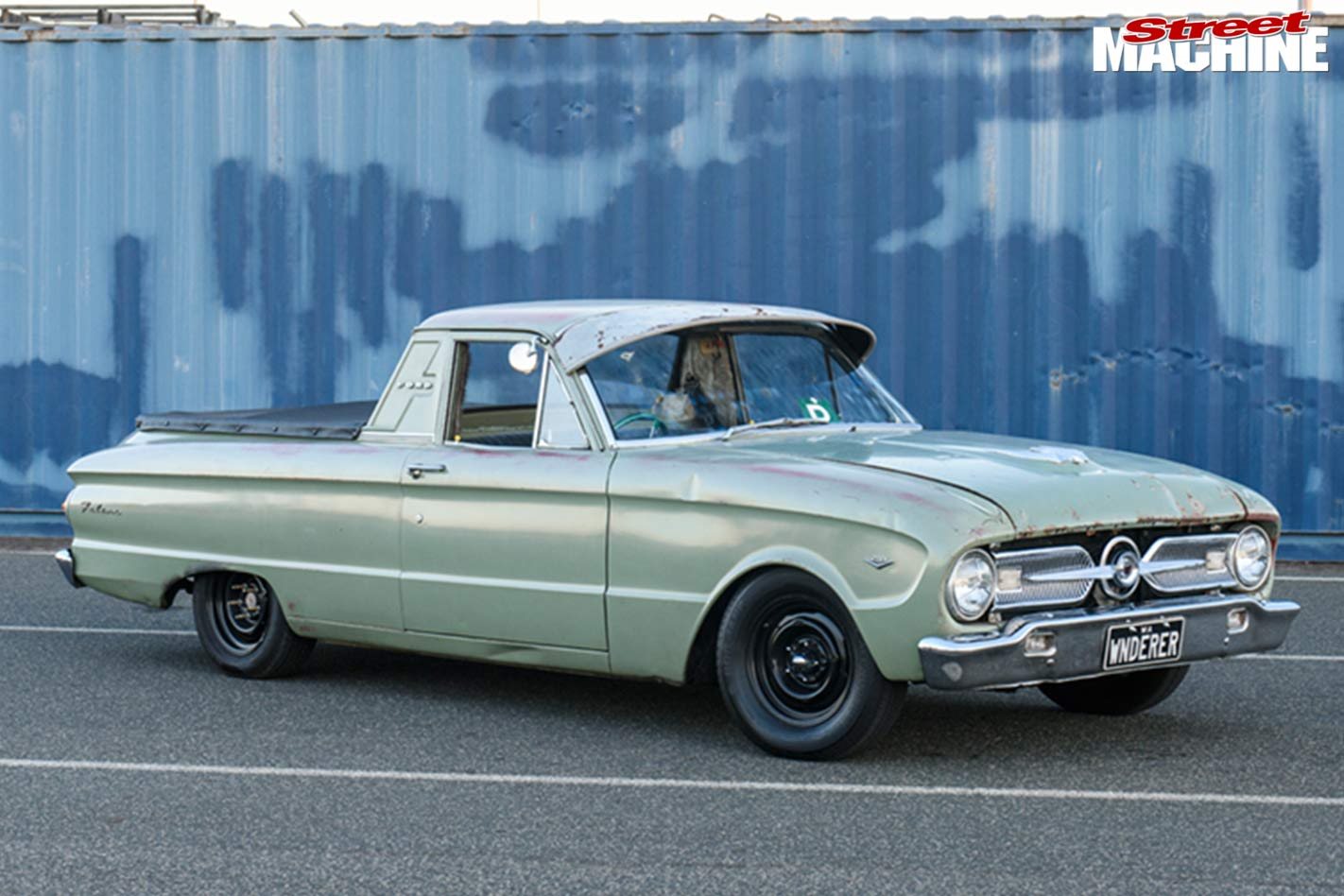 Tell us a bit about your dad.

He was a spray painter and panel beater back in the UK and bought an Anglia 105E when he was 14. He put a Rover V8 in it, but that wasn’t fast enough, so he put a small-block Chev in it. It ended up with a full chassis and ran nines and was the quickest street car in the UK back in the 90s. He’s had the F100 for 25 years and it used to be the tow car for the Anglia. He’s a truck driver now. 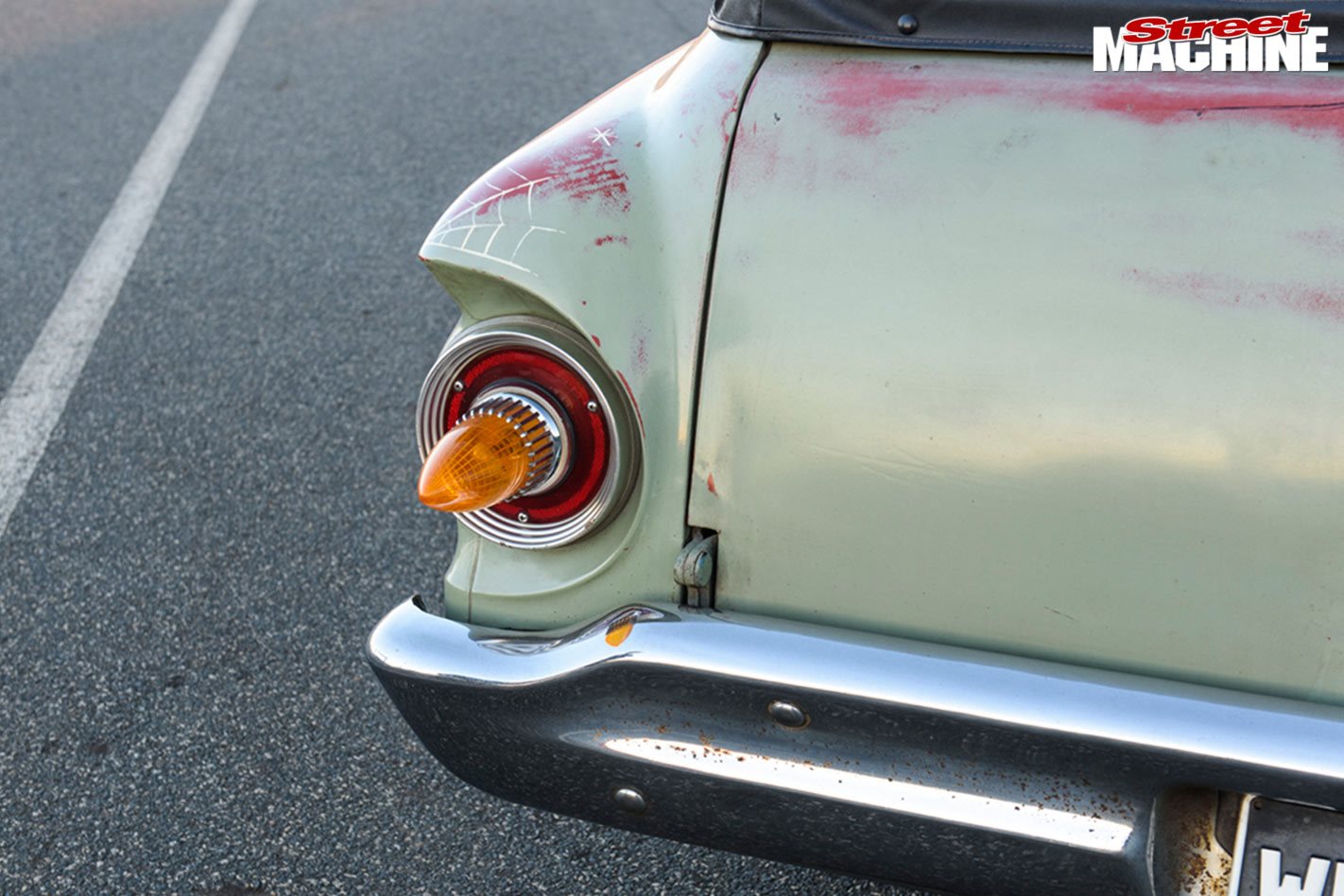 What made you decide on an early Falcon for a first car?

I was in the truck going to work with Dad and he asked me: “What kind of car do you want to get?” A Falcon is cheap option for having an old car, so I put a wanted ad in Gumtree for a Falcon ute. A few days later someone rang me and I bought the car for $600. I was 14. 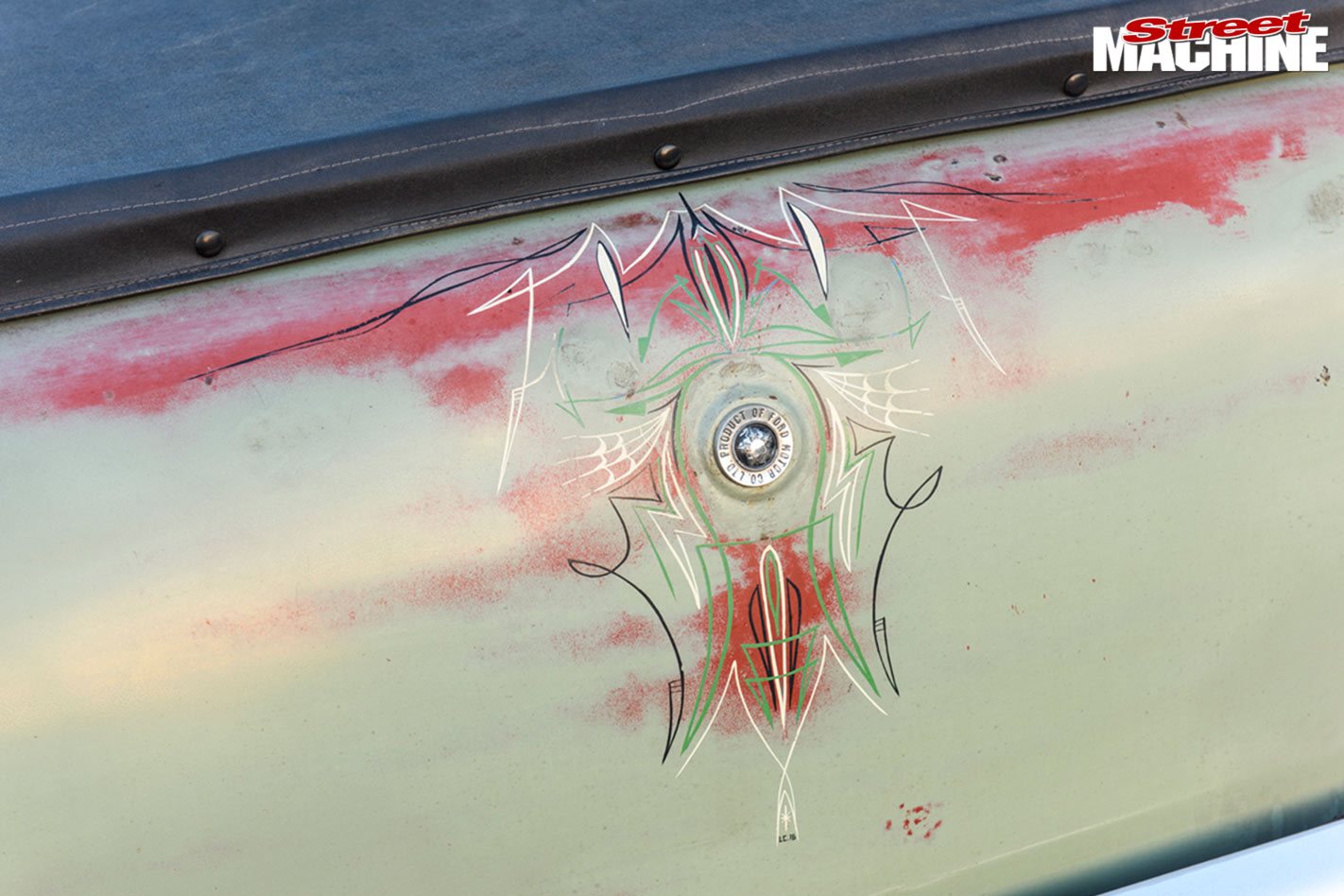 What kind of condition was it in?

It was buried in the back of a shed, upside down on a rotisserie. The guy’s son had stripped all the paint off it except for the bonnet and left wing [there’s still a bit of Englishman left in Lewis, it appears!]. It had barely any rust except for the surface rust on the bare metal. 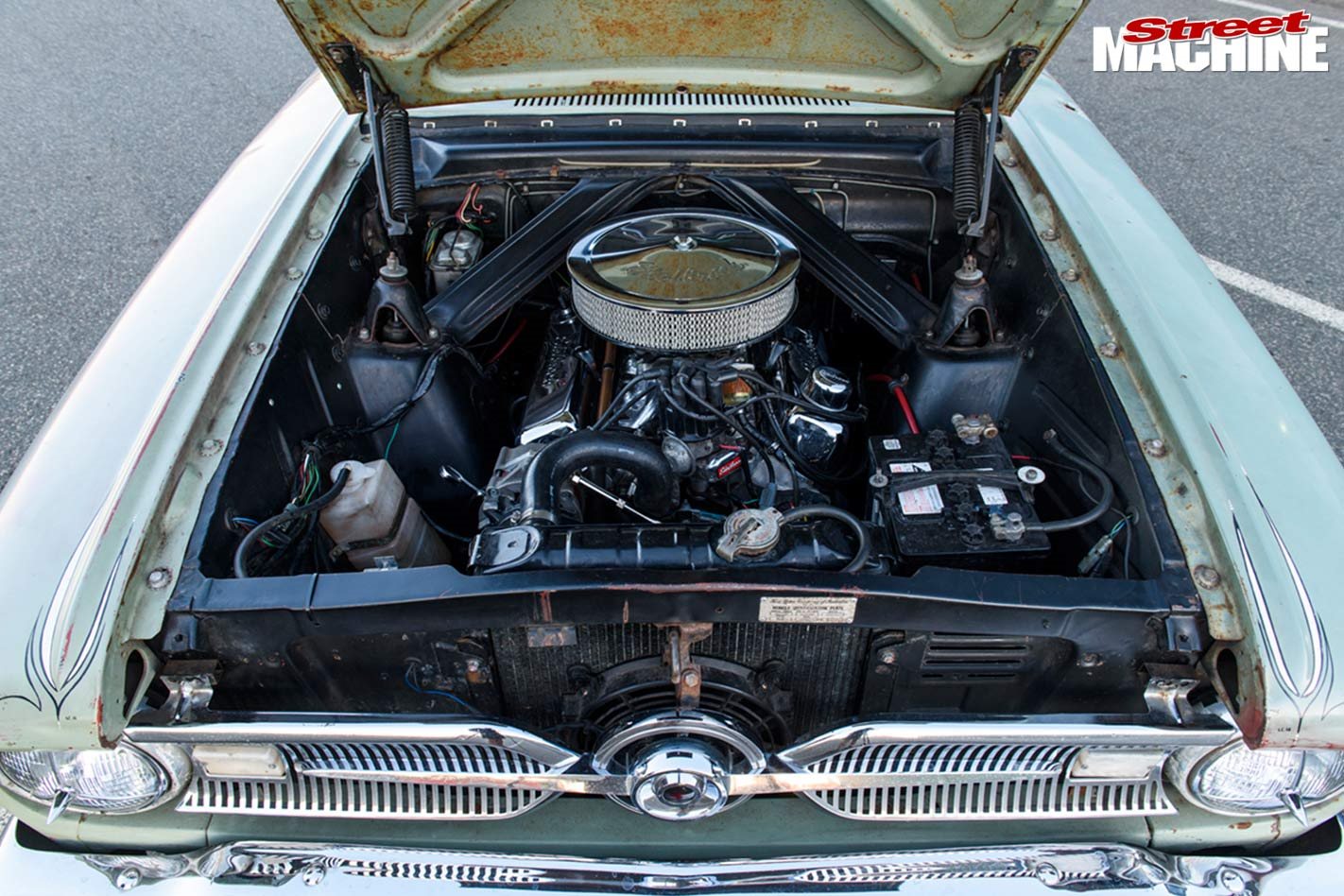 Funny, it still looks like it came straight out of a shed, yet it’s had a full respray?

We fixed up what we needed but even left some of the dents in it. We painted it primer red and then Colorbond Eucalypt Green, which isn’t an exact match for the original paint colour but pretty close. Then we rubbed through the paint where it would have naturally worn through along the top edges. 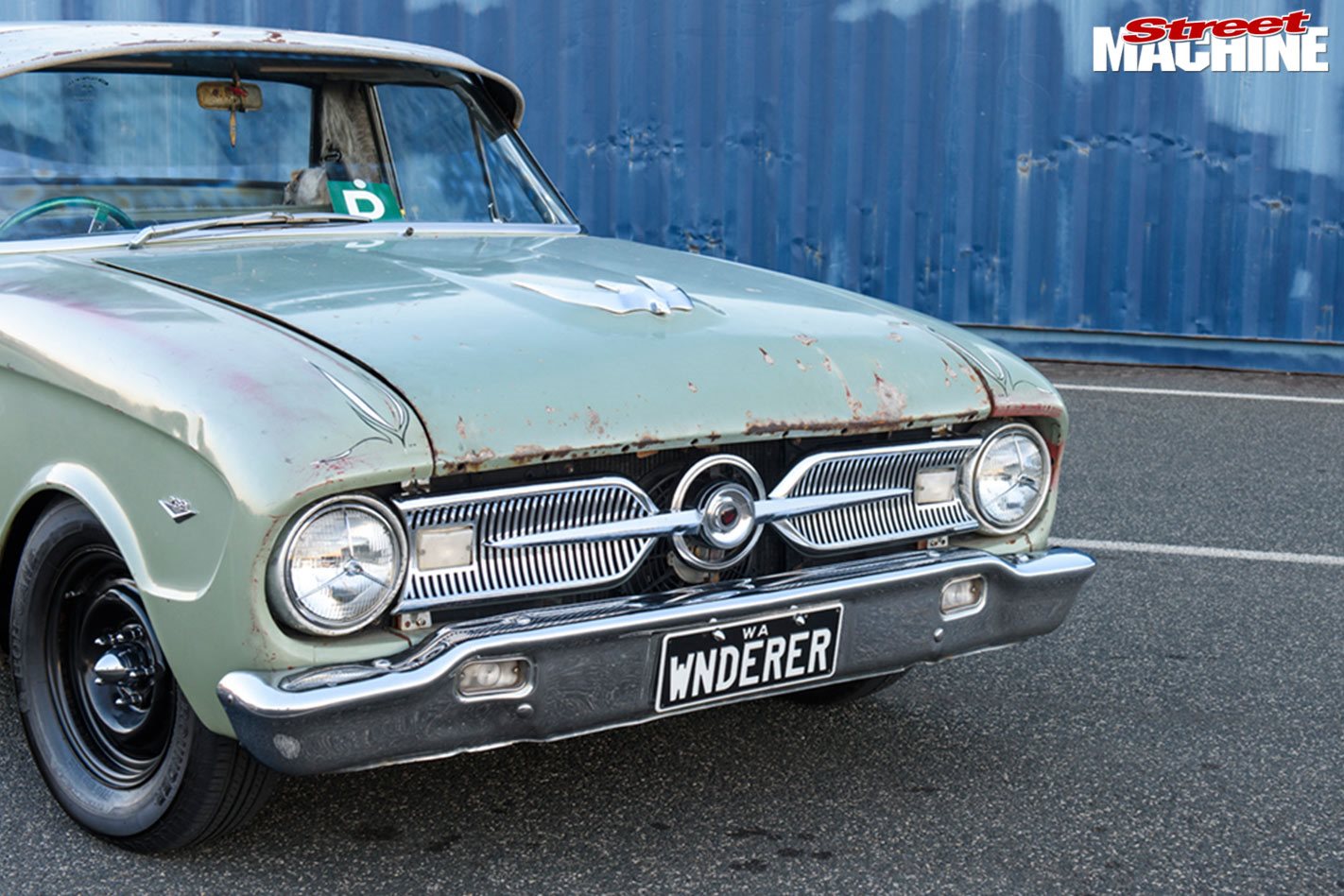 The grille is a bit of a talking point.

It’s a Canadian Falcon grille and they’re really rare. They’re about $1000 on eBay, but I found this on a Facebook group for early Falcons. The guy’s brother had died and he hated hit, so I got it for $100! 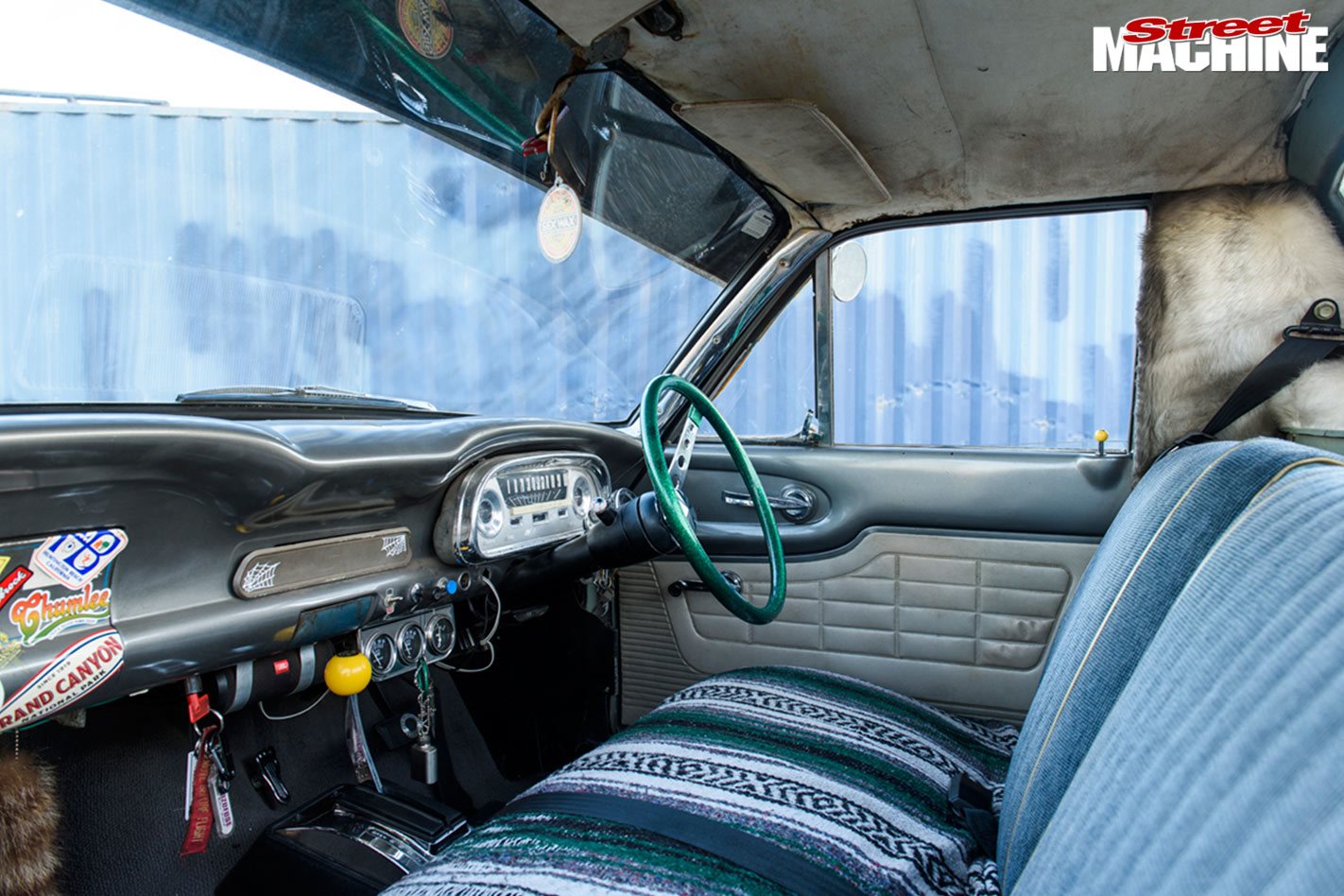 Tell us about the driveline. 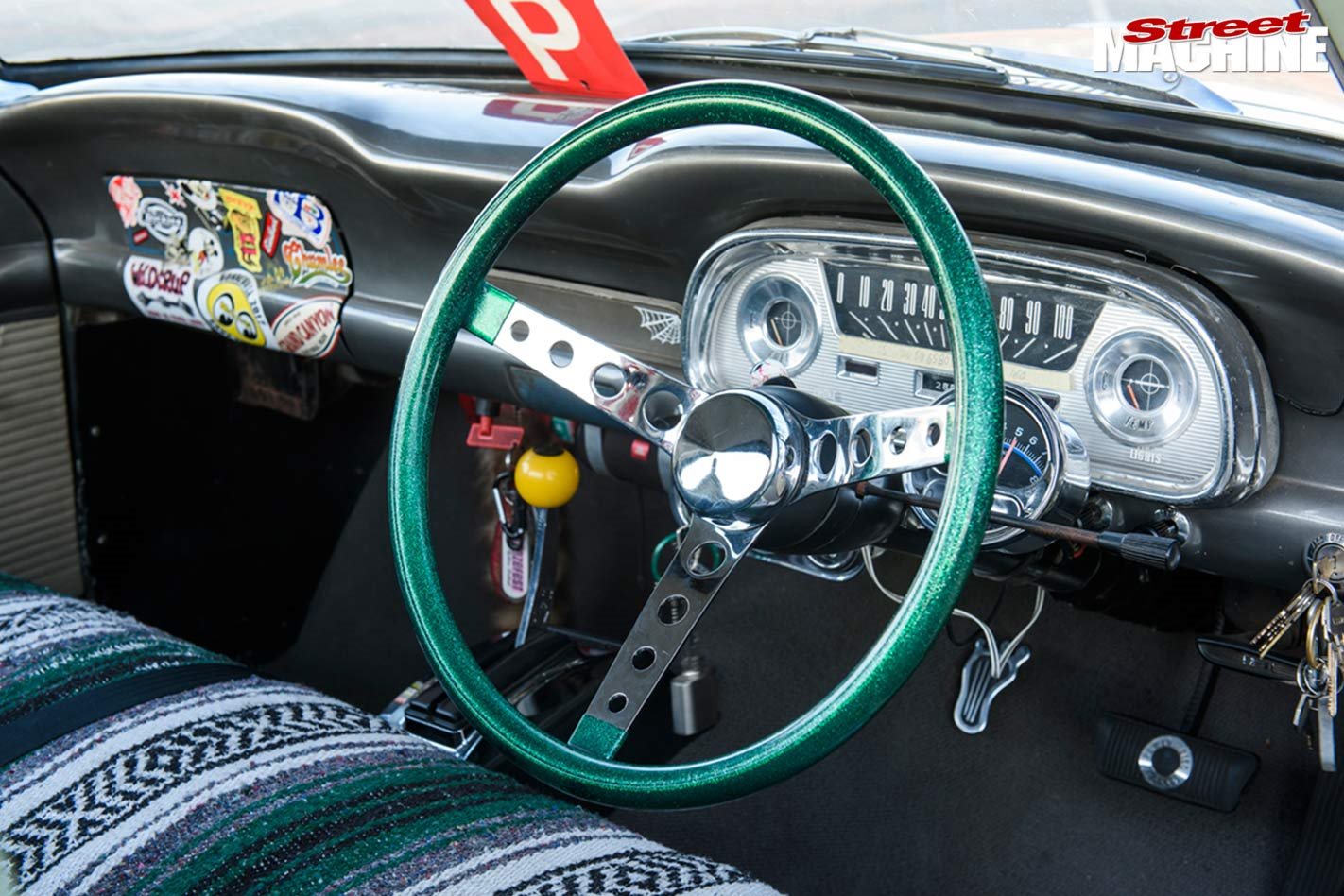 Since we took the photos, you’ve sold the ute. What’s next?

I’ve got a ’59 Chev Parkwood wagon on the water. From the photos, it looks pretty good; it’s a running and driving car and all original. 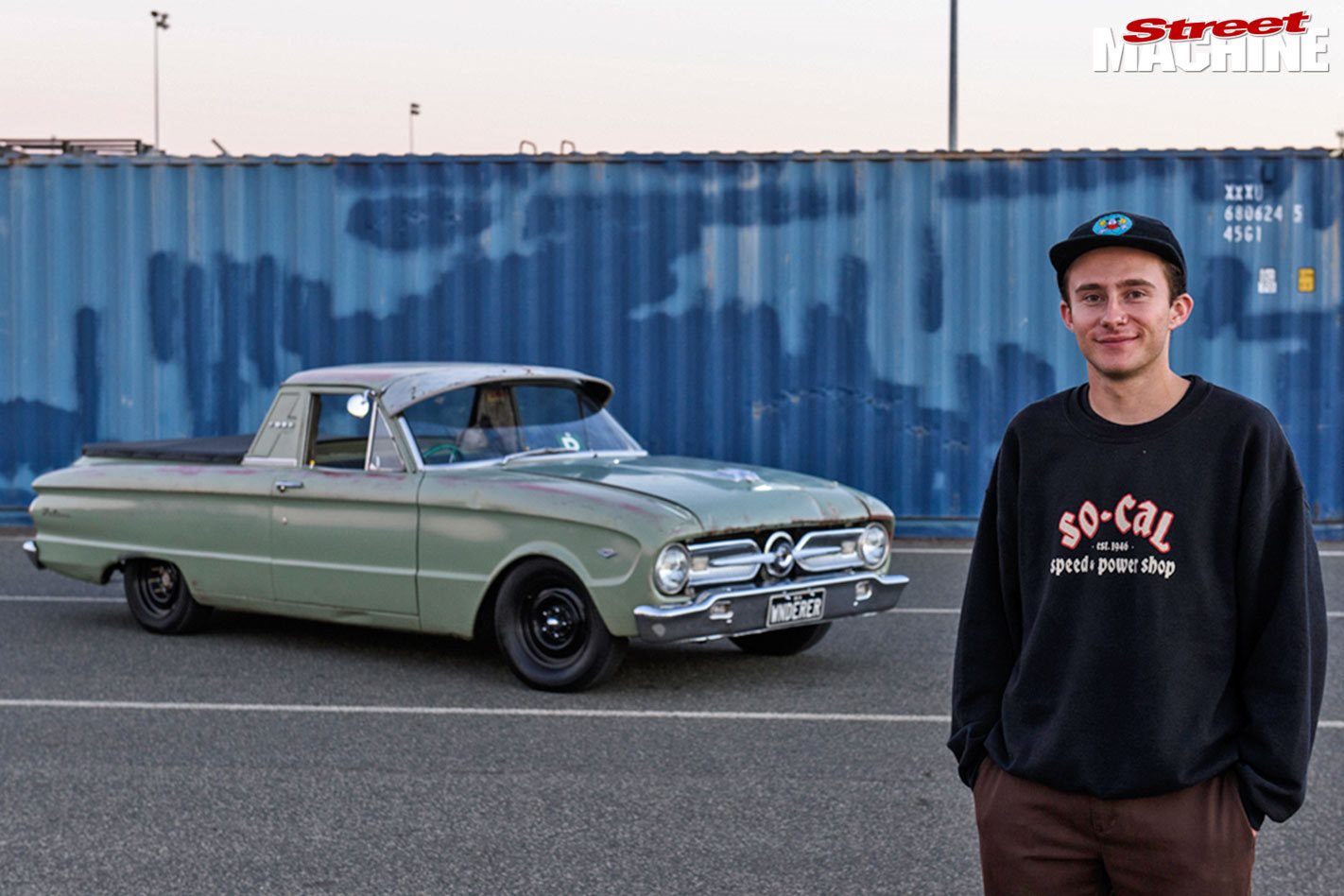 No doubt you’ve got plans for it?

The guy that found it for me has got a bolt-in airbag kit for it; he’s going to freshen the motor as well. It’s got quite a nice patina and is orange with a white roof.