The Little League 253 engine build story by Chris Hillman appeared in the June 1996 issue of Street Machine, with Eric Bana and his beast on the cover.

The idea of taking the much-maligned thong-slapping 253 Holden V8 and turning it into a 377hp screamer was compelling and we’ve received more mail, phone calls and emails about the story than any other tech yarn we’ve ever done in the 34 year history of the mag!

We even reprinted it in SM Holden Legends #1 a few years ago, but still get regular requests for the story. So, to celebrate our massive Holden V8 feature in the current issue, we’re reprinting Little League series in full for your reading pleasure, here’s part one: 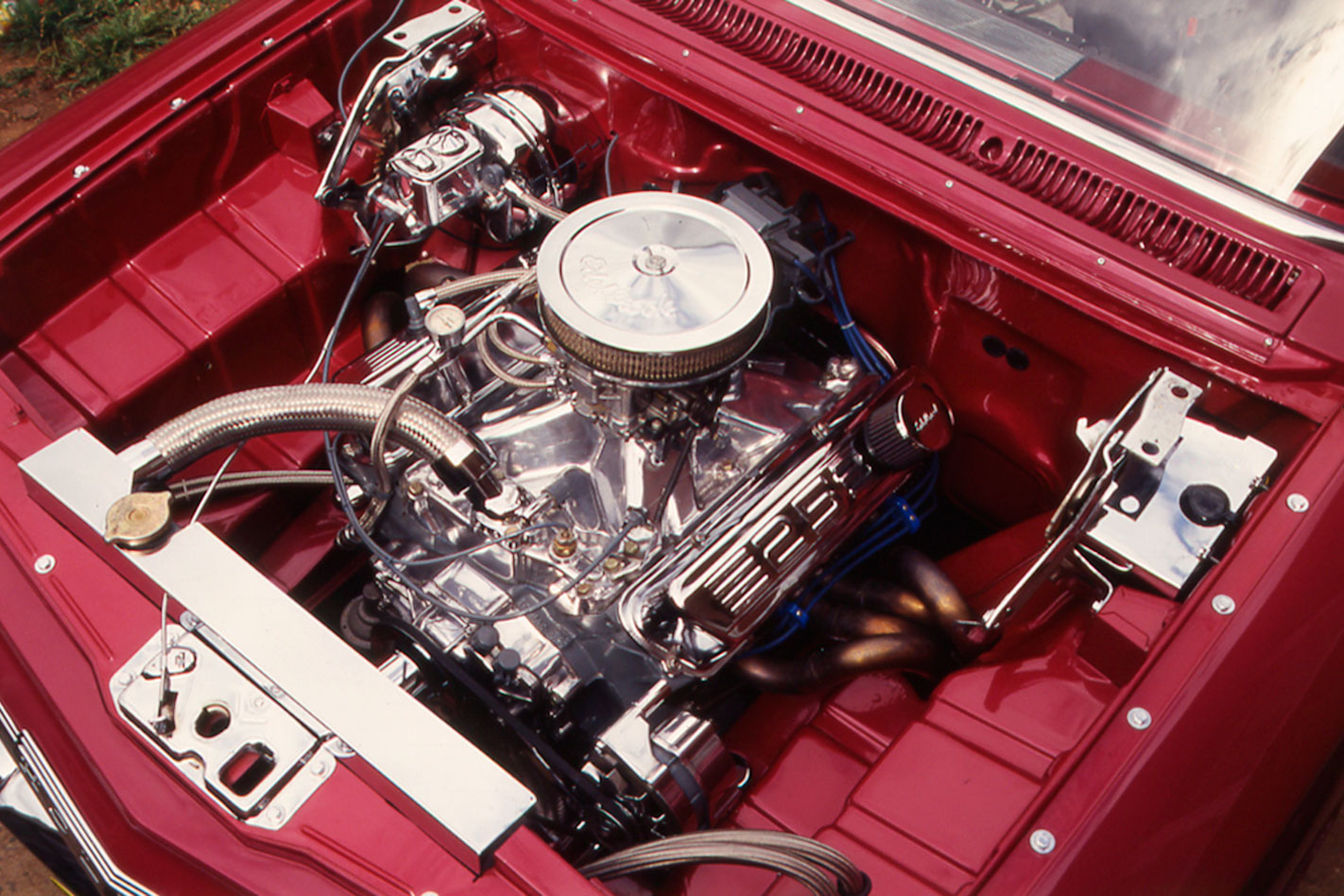 A 4.2-LITRE? You must be joking! Why bother building a shitty little engine like that? Well, folks, the 5-litre’s popularity has become its worst enemy – the cost of a 308ci (5-litre) core engine at the wreckers is a lot more than the cost of a 253-cuber (4.2). In many cases, a 253 can’t be given away. Also, there are still plenty of 4.2 Commodores driving around, waiting for a power-up.

People see cubic capacity as being directly proportional to pubic go. True in many situations, but there are plenty of 253s running strongly in under-5000cc competition classes – boats for example – and all the same bits and tricks applicable to 308s work on the little 253.

So where do you start? An old engine from a pile in a corner of any suburban wrecking yard is where we started.

The sum of $250 got us a sad-looking ‘Blue’ 253 from an early-80s VH Commodore. It was seized solid as a rock and required several hours sweating and bashing with a gentle persuader and block of wood to remove the pistons. An autopsy showed the components weren’t as bad as it first looked. The bores looked crook, but the crank and rods looked OK. 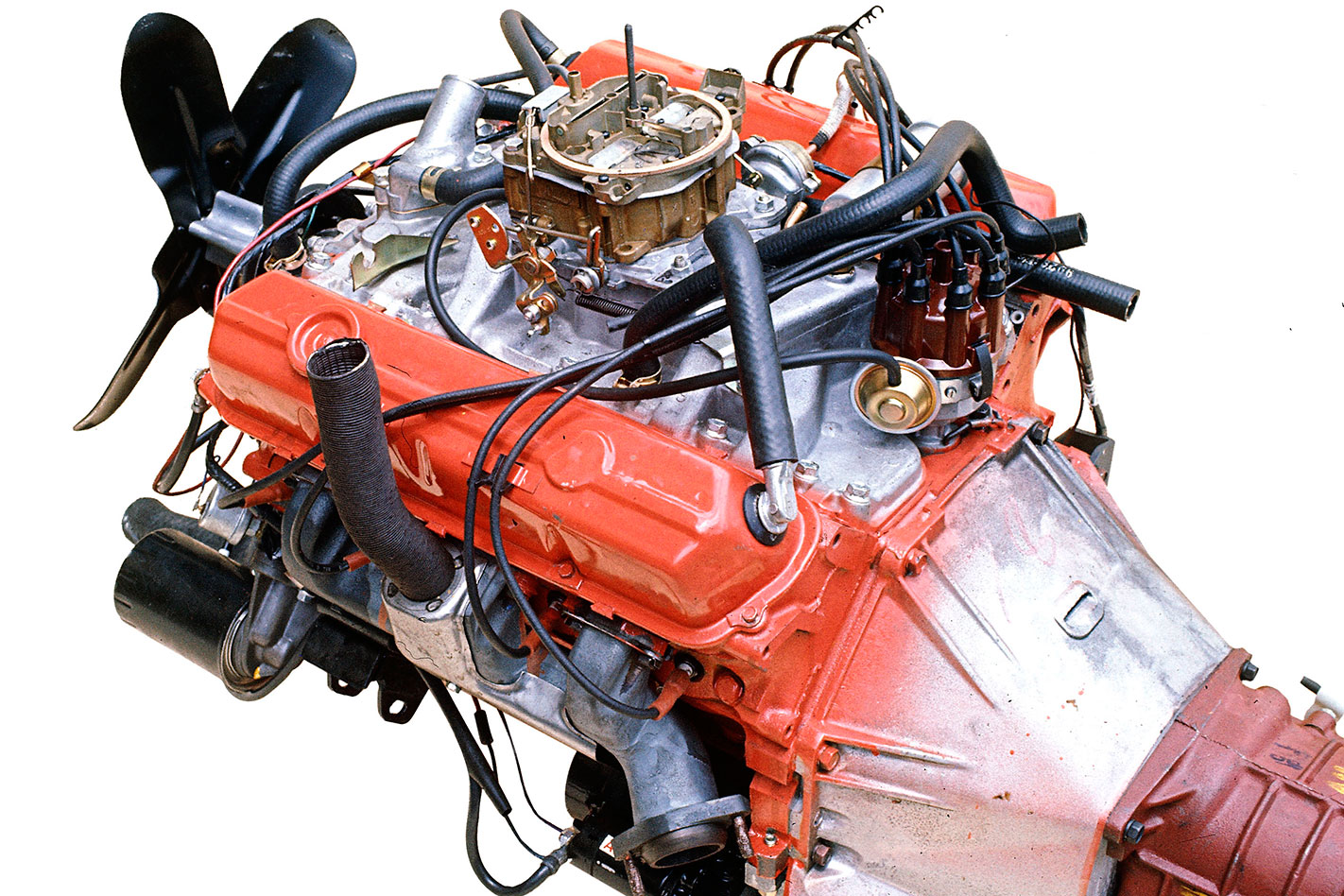 There are several computer programs available to help engine builders predict power and torque outputs from certain engine hardware combinations. The effect of compression ratio changes, cam changes and different valve sizes can all be assessed before a cent is spent. Throwing some numbers into one of these programs (Rick Jones’ Dyno 2 from Controlled Induction Software) allowed us to ‘virtually’ build our 253 V8 screamer before we lifted a spanner.

These computer programs save huge amounts of effort and heartache. They are also surprisingly accurate at predicting actual outputs (rather than the comparative – percentage increase). For instance, a recently built Holden 304 produced exactly the numbers the computer program predicted – 450hp at 7500rpm and 371ft-lb/5000rpm. The important thing to remember is: You put bogus numbers in; you get bogus numbers out. 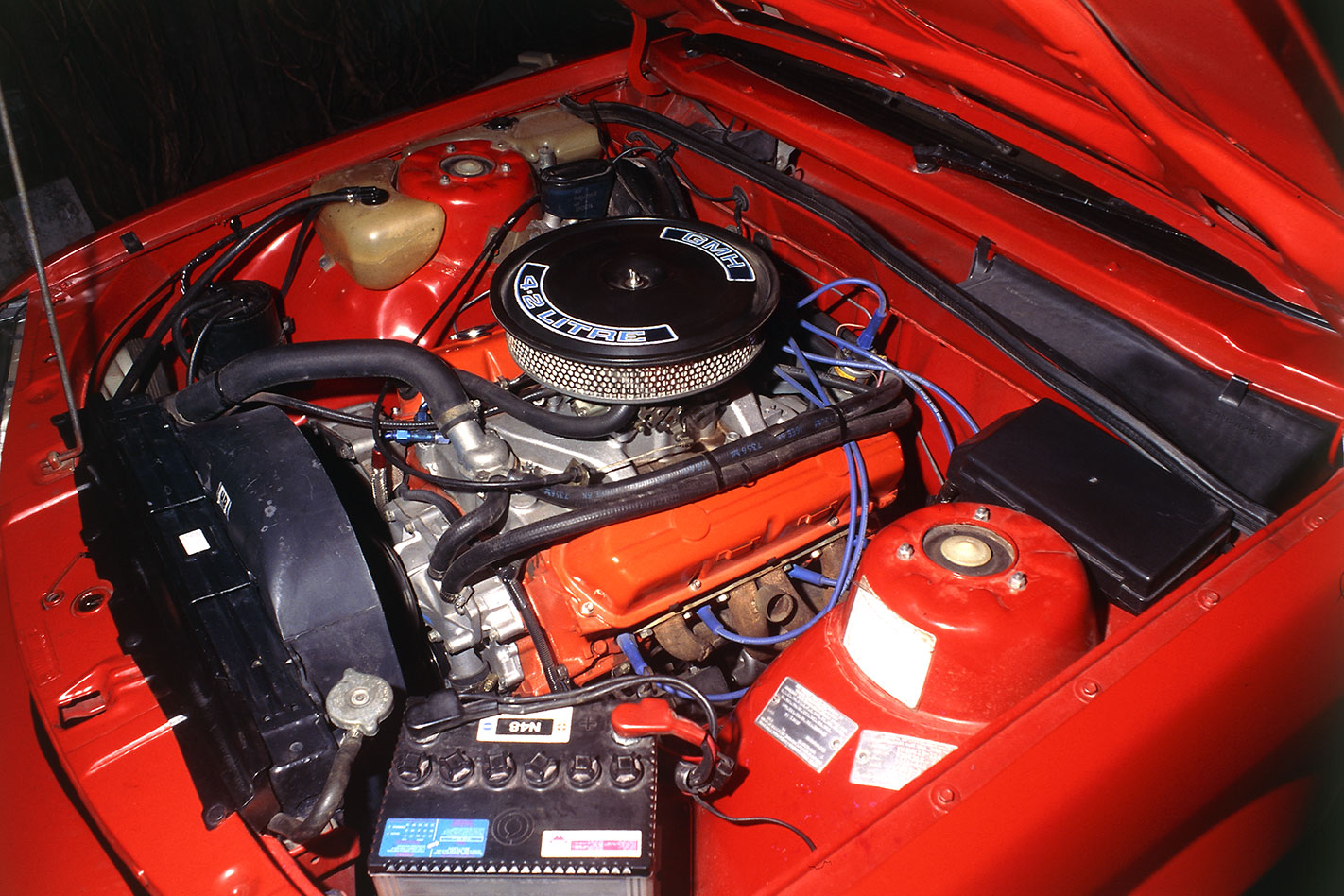 After looking at these combos, it is obvious that compression is what this engine needs to make power. ACL manufactures many different pistons for the Holden 202 Red/ Blue/Black six shooter, which shares its bore dimension with the 253. It makes some super-durable pistons for the HQ Holden and Commodore Cup race series. So there is a wide range of pistons available to the 253 builder, at reasonable prices. A set of ACL Duralites (10:1 comp at 57.5cc chamber volume) come in 020, 030, 040, and 060 thou oversize.

We sent all the engine parts off to a machine shop for a good clean to give us an exact idea of the components we’d be working with. The bores had been badly damaged, so we ran a 20-thou skim through them to see how far oversize we would need to clean them up.

The first 20-thou cut showed there was severe pitting from the overheating/seizing so a 60-thou overbore was required. The Holden 253 has very thick bore walls, so the overbore does nothing to compromise ultimate reliability, and gives us an effective capacity of 261ci.

The heads were sent to Racing Head Services;  larger valves will be fitted and the heads ported. It was calculated that to achieve our intended compression of 11:1 the chamber volume would need to be 45.5cc. To do this in a small-bore 253 means shaving quite a lot off the faces of the heads. The 253 heads are the same casting as the 308; therefore, they have the same original chamber volume. 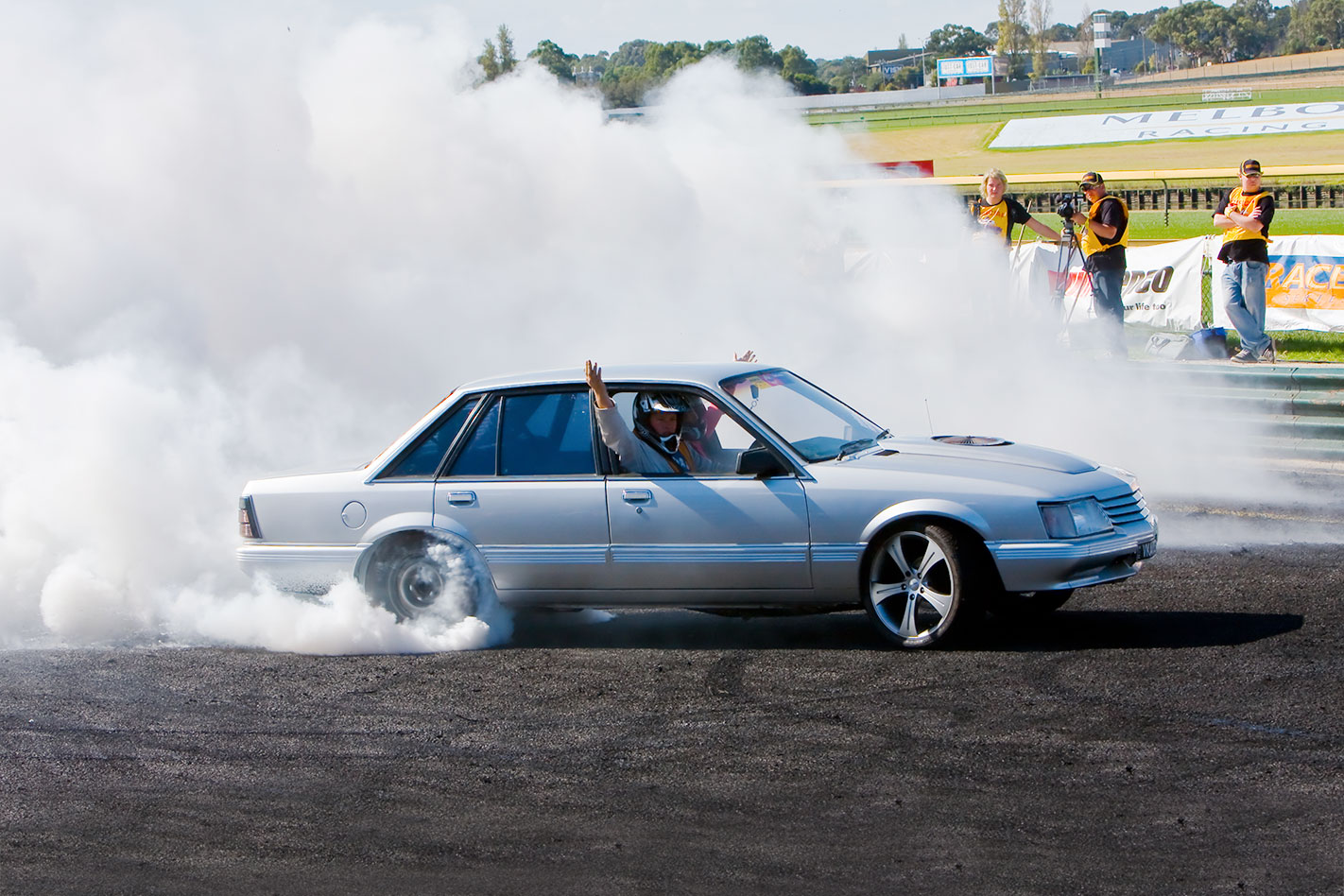 With the block bored and honed to size, the ACL Duralites were fitted to the original rods and a trial assembly performed. It’s now that you find out if everything fits! We decided to deck the block 0.025 inch. This does two things: It squares the deck face with the crank tunnel; and it helps raise compression. This engine looks like it will be a revver so stronger VN V8 rods will be fitted. A good idea is to find someone who has gone aftermarket with 304 rods, and source his cast-offs. This unfortunately creates another problem; the new piston and rod assembly is heavier than stock, so some weight needs to be added to the crank to balance the whole assembly. More than one trial assembly will be required, to check all the measurements such as ring gap, piston-to-valve clearance and end float.

Having solved most of the routine challenges, the engine is assembled. The cam chosen is a solid grind with good lift and timing. Its numbers are: 237 degrees at 0.050 duration on intake and exhaust, 0.525 lift at 108 centres. This is close to what the computer program told us would give 377hp at 7000rpm and presents no problems with piston-to-valve clearance. It’s installed, dialed-in, and fitted with a quality double-row timing chain set.

We’re waiting on the heads to come back, then we’ll decide what sort of intake to run. The best thing to do is to try several different combos on the dyno. There are several carbs we can choose from, and being a small engine, it won’t require a set of twin 650s on a monster manifold. It will only nees around 500– 550cfm at its power peak of 7000rpm. A small four-barrel Holley or AFB Carter would be nice. The computer predicted 377hp at 7000rpm, 332lb-ft at 5000 rpm using 11:1 compression and a 237 degree camshaft. Once the engine goes together, we’ll be able to see if the predictions work in the real world.

Ultimately, this engine will end up in a car and run on the strip. Should be a nice combo in a Torana or early Commodore.

Hope you enjoyed that trip back to 1996! Read the conclusion here in part two of the Little League 253 story. 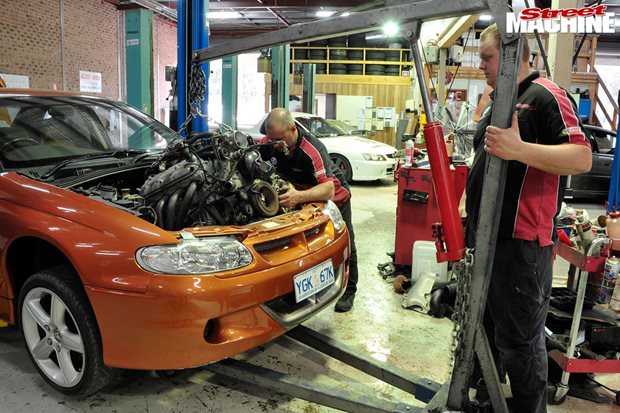 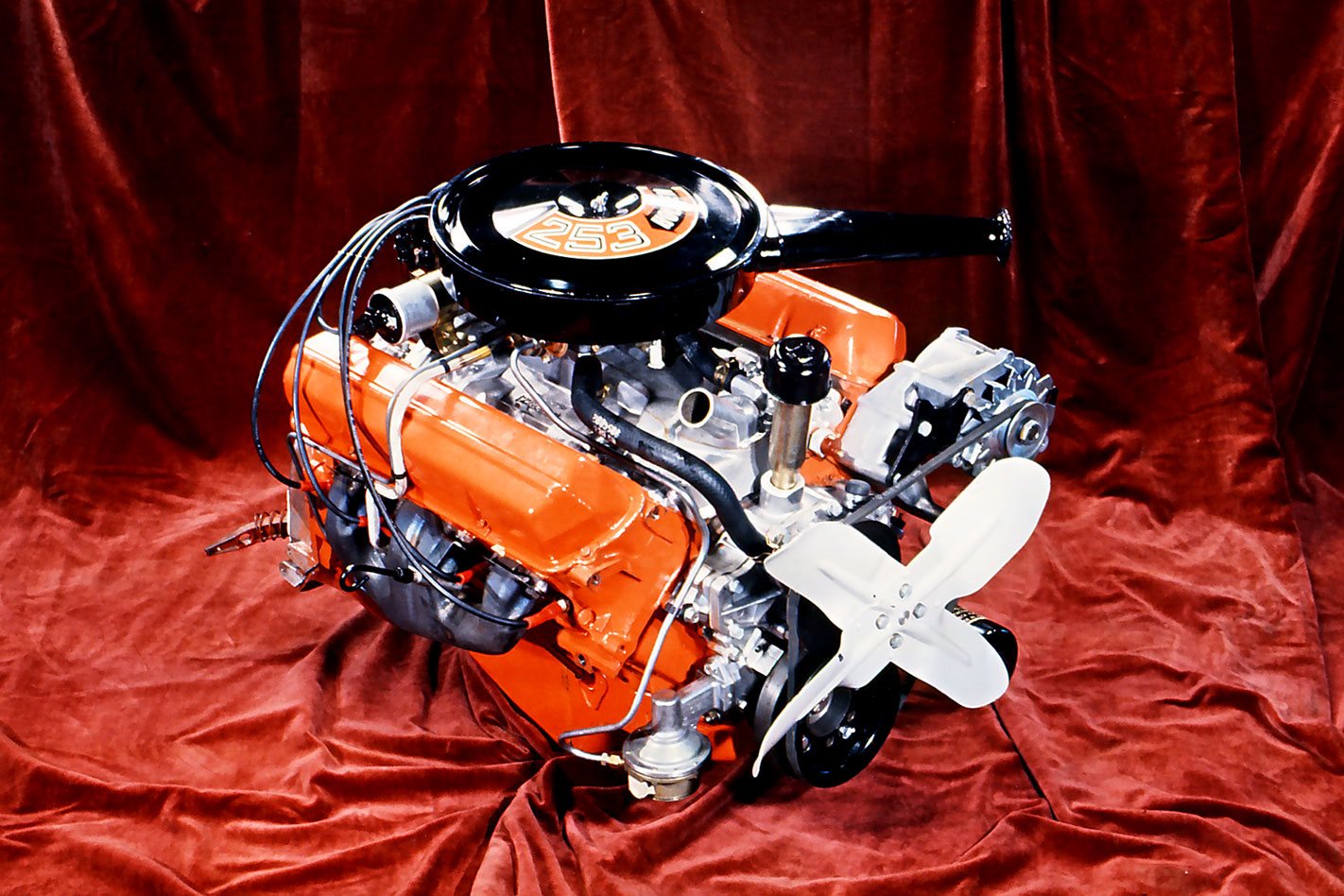 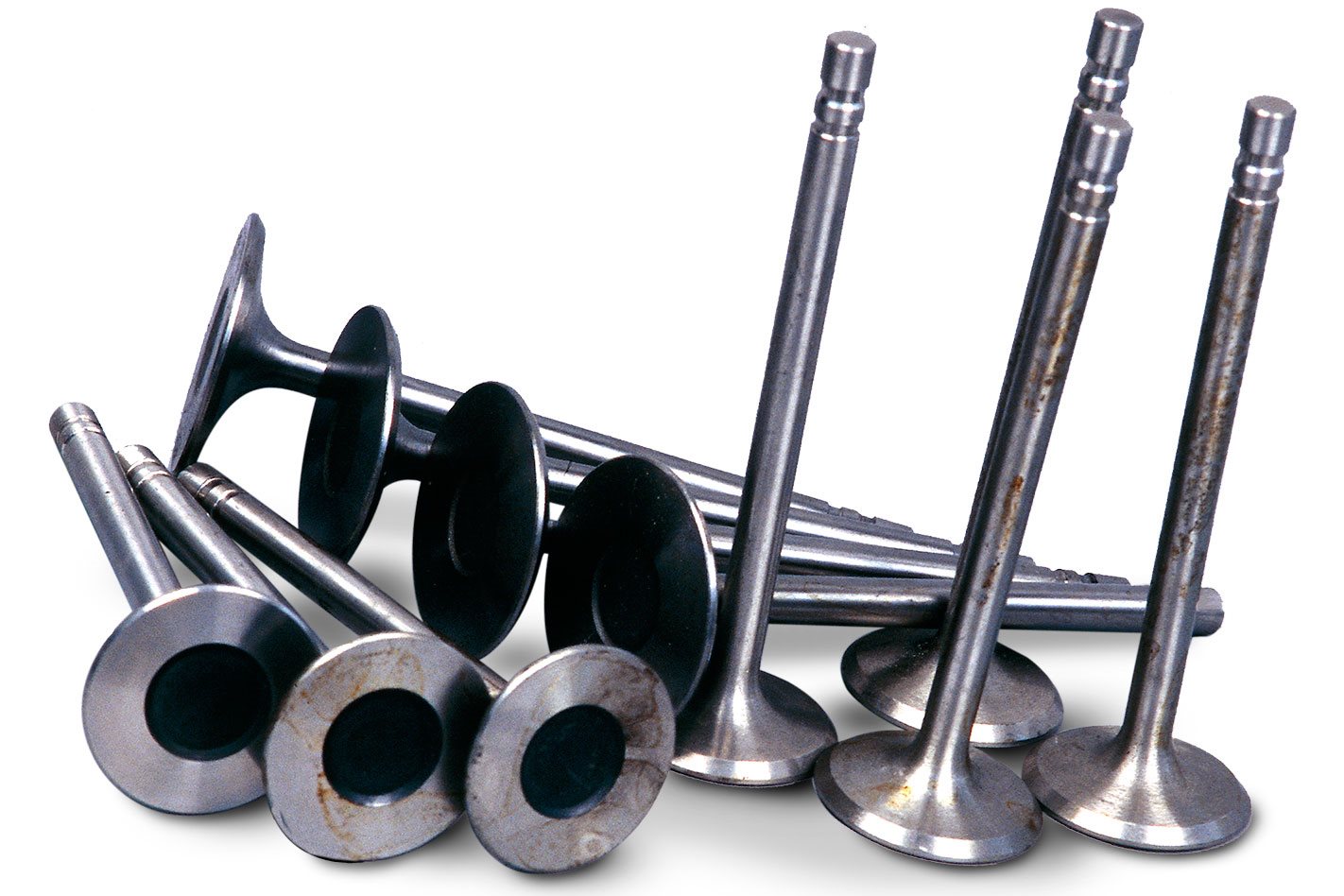 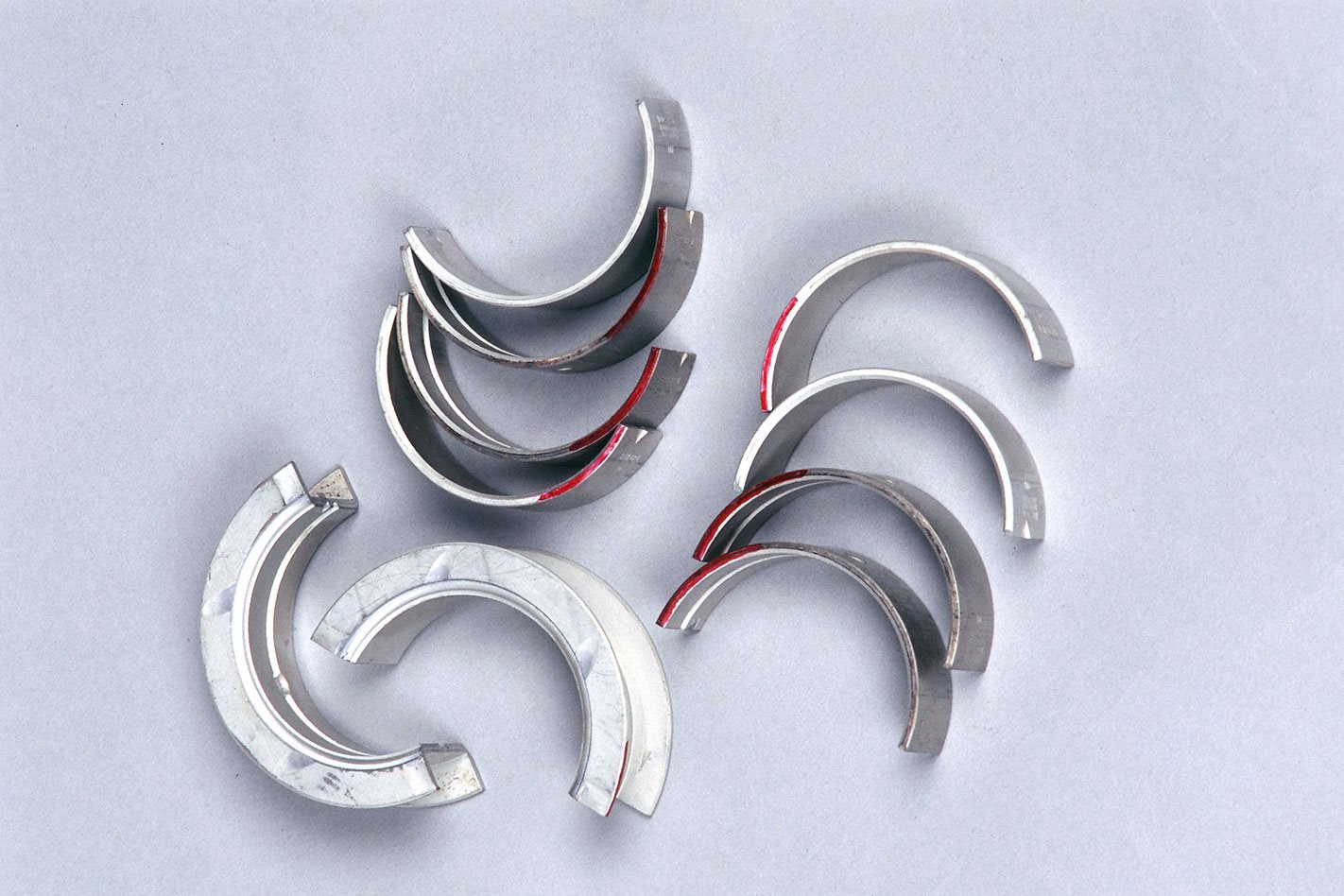 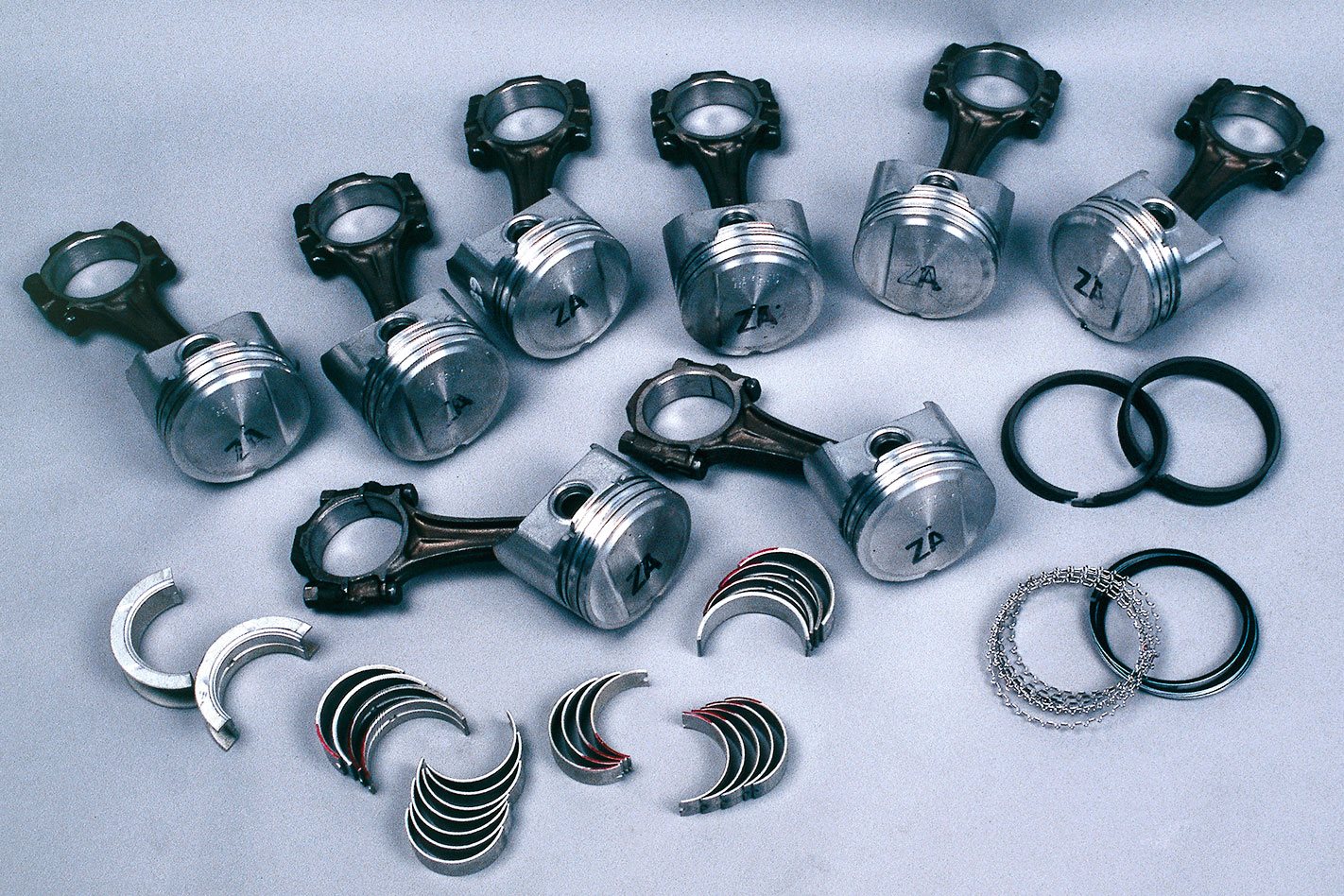 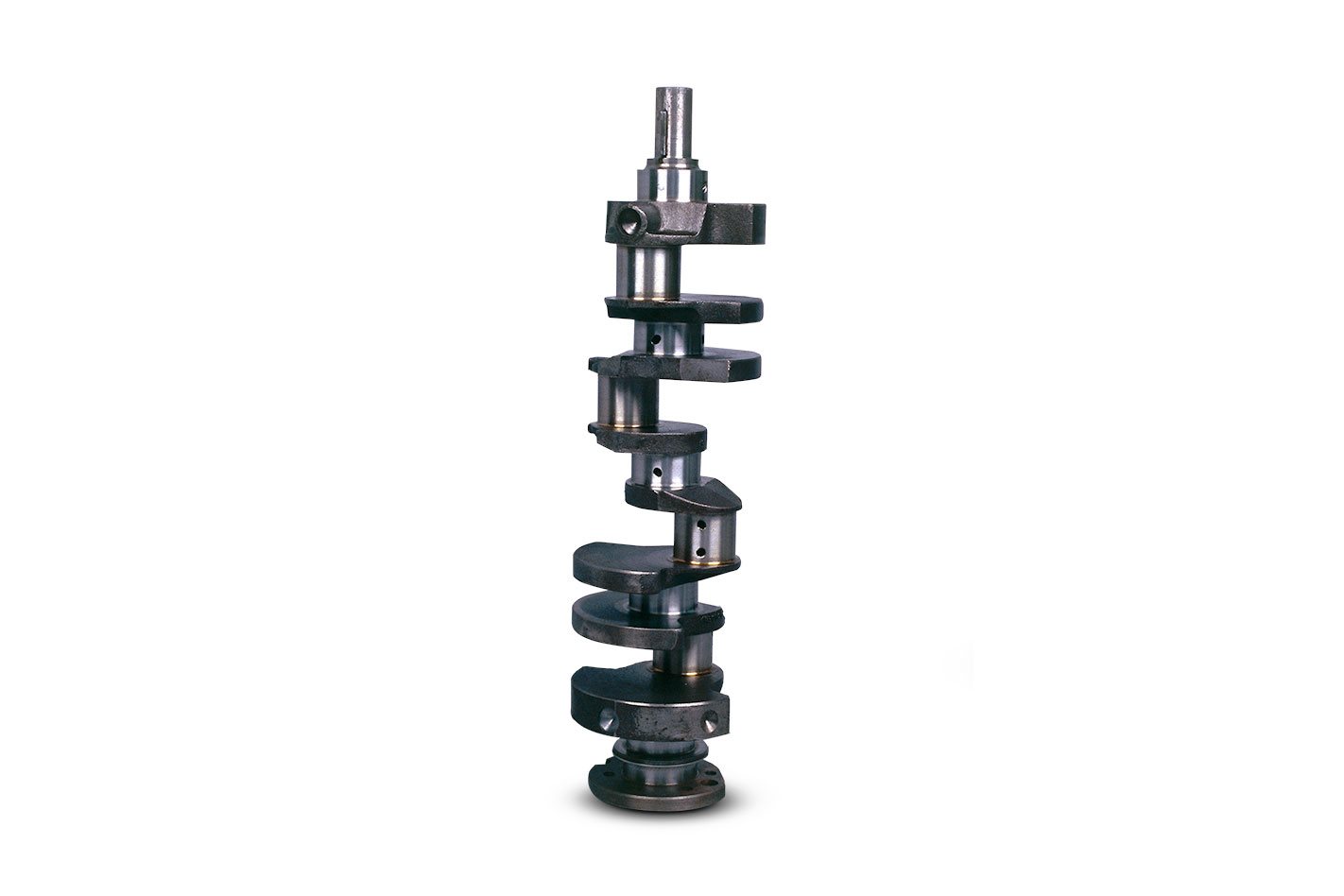 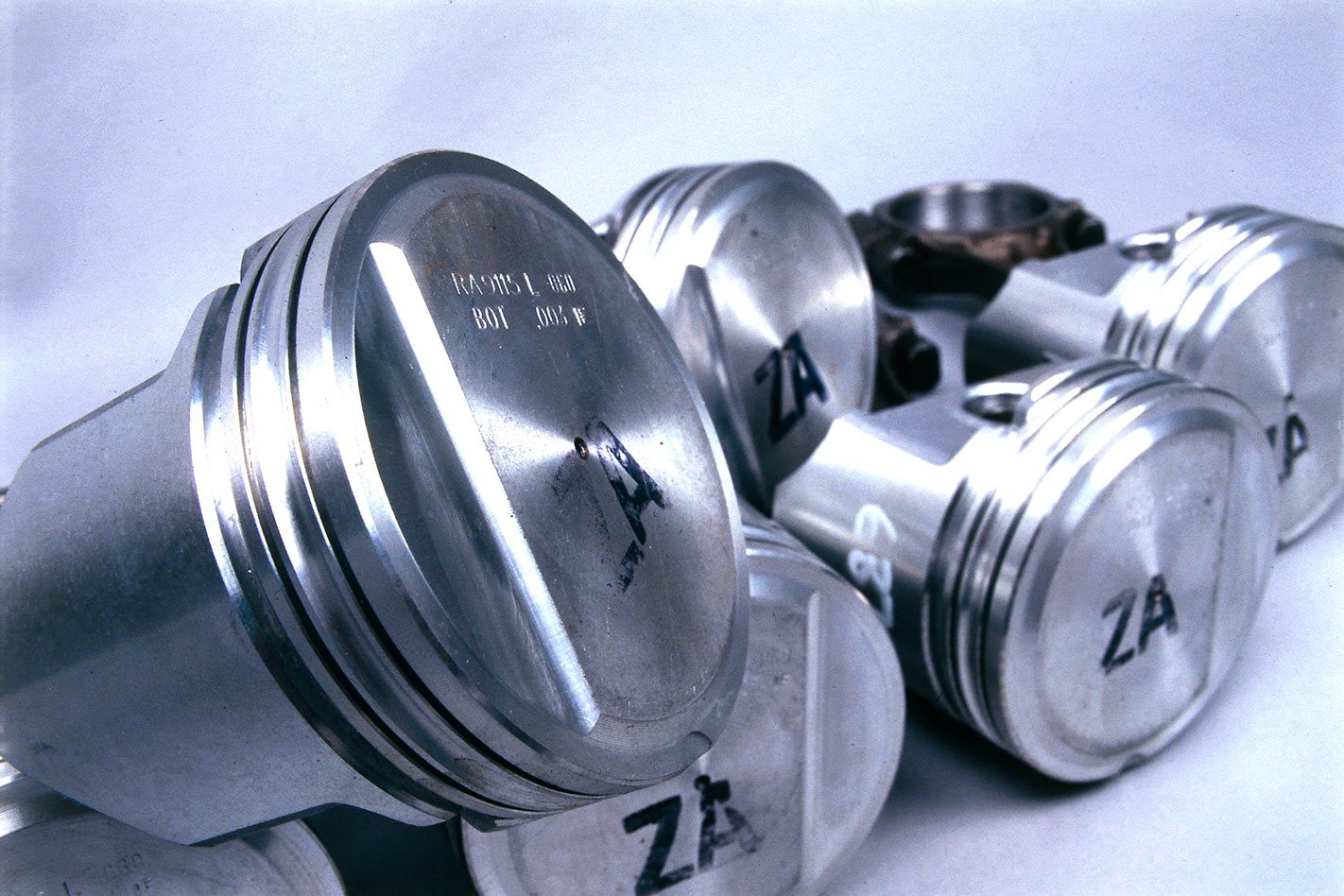 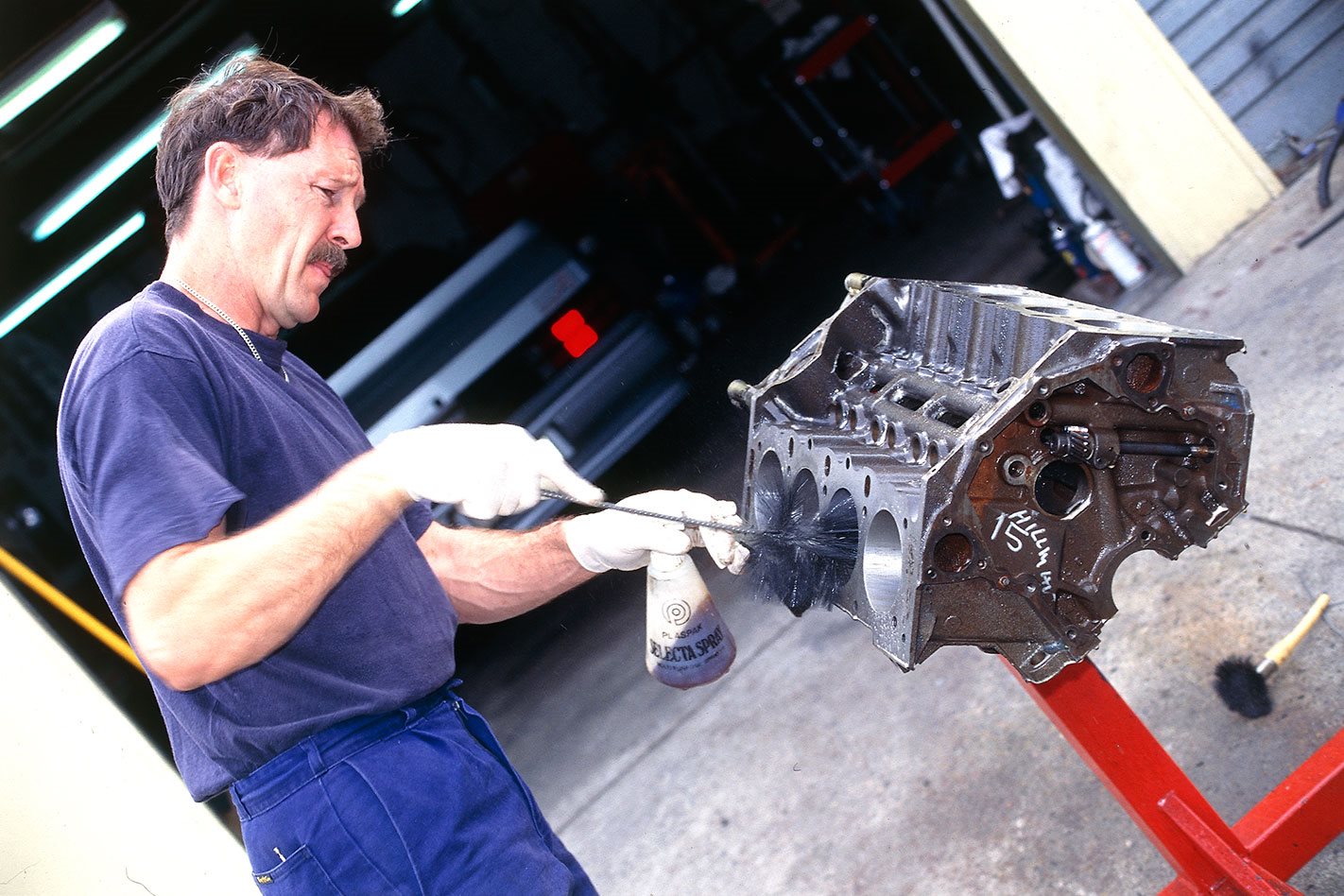 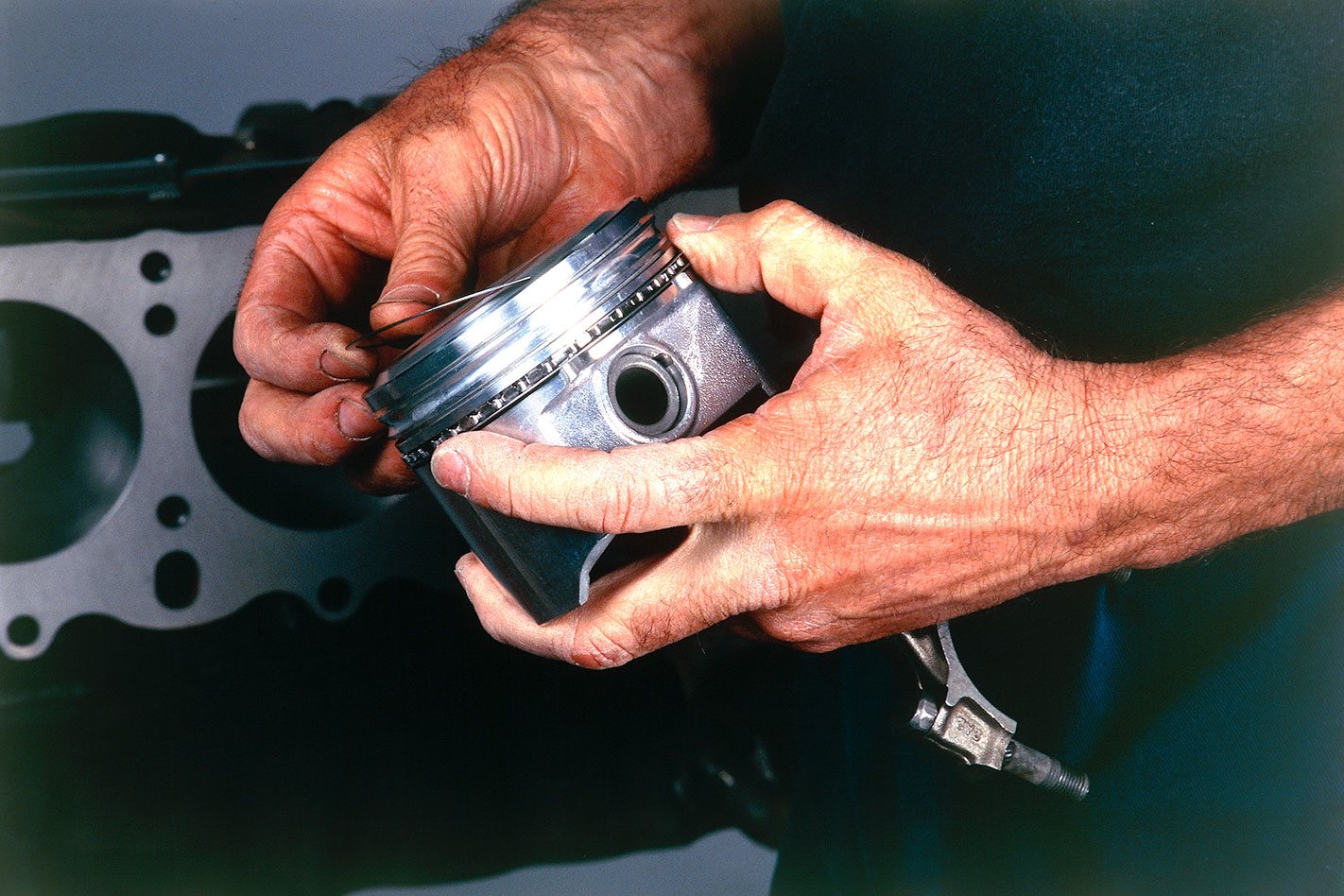 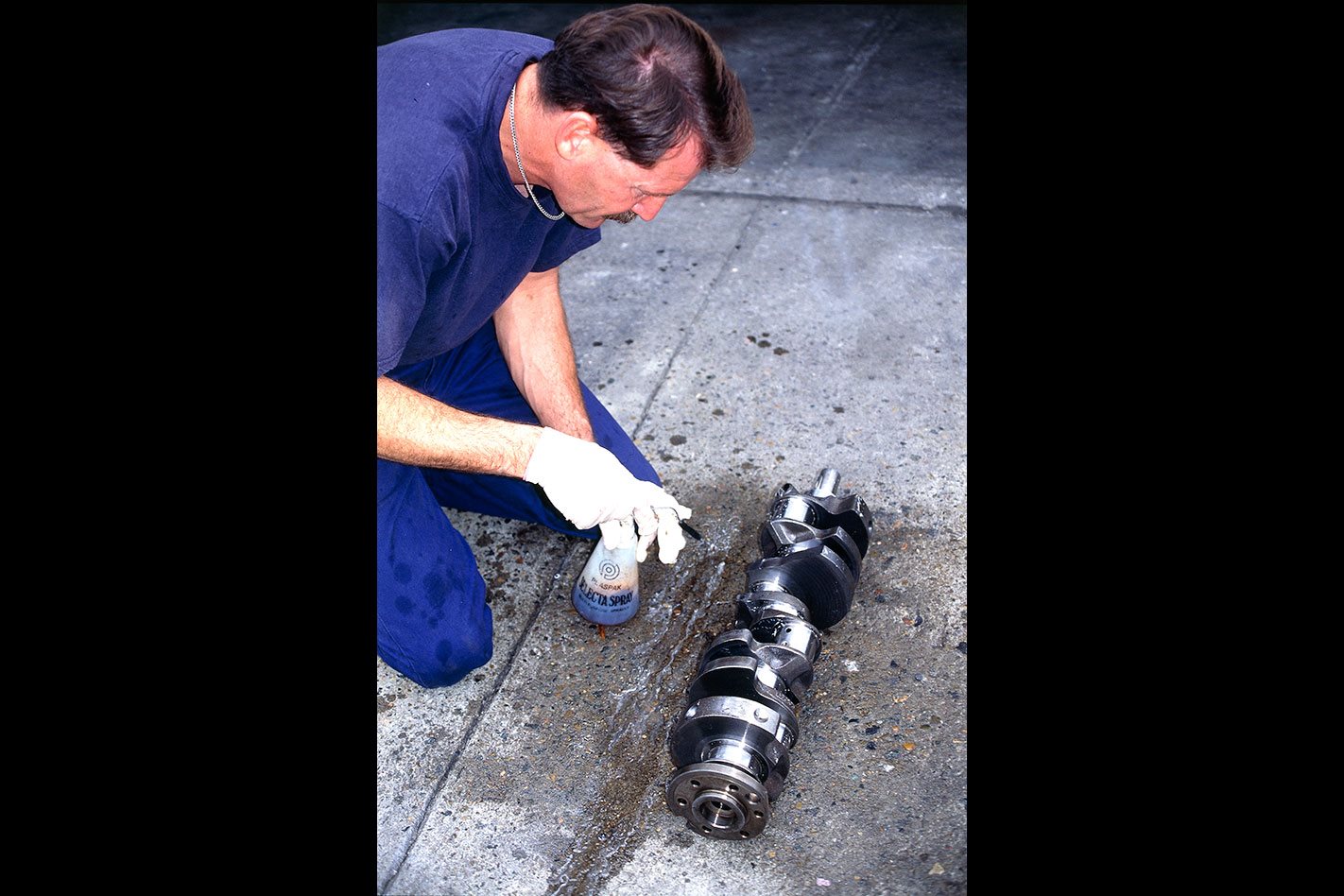 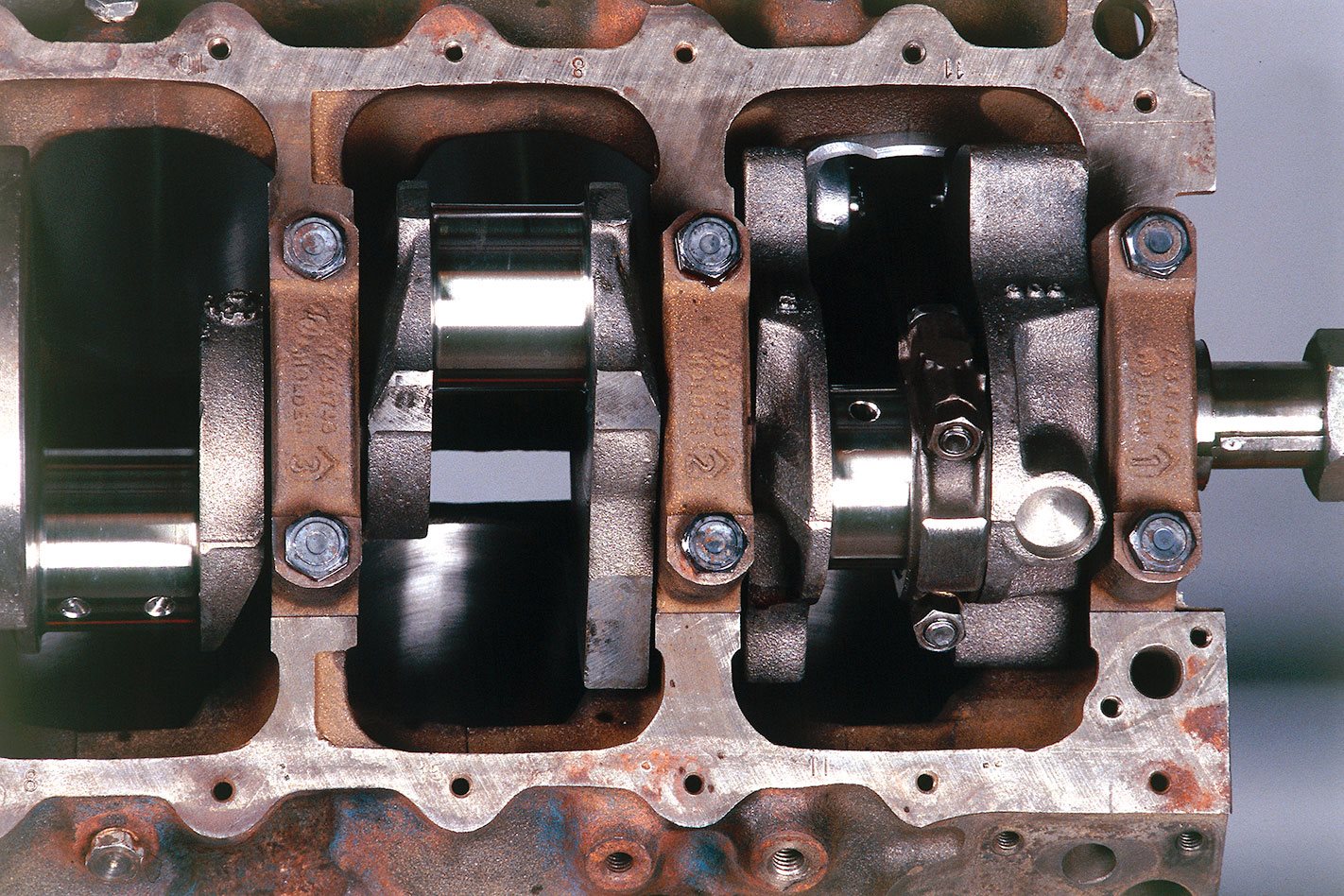 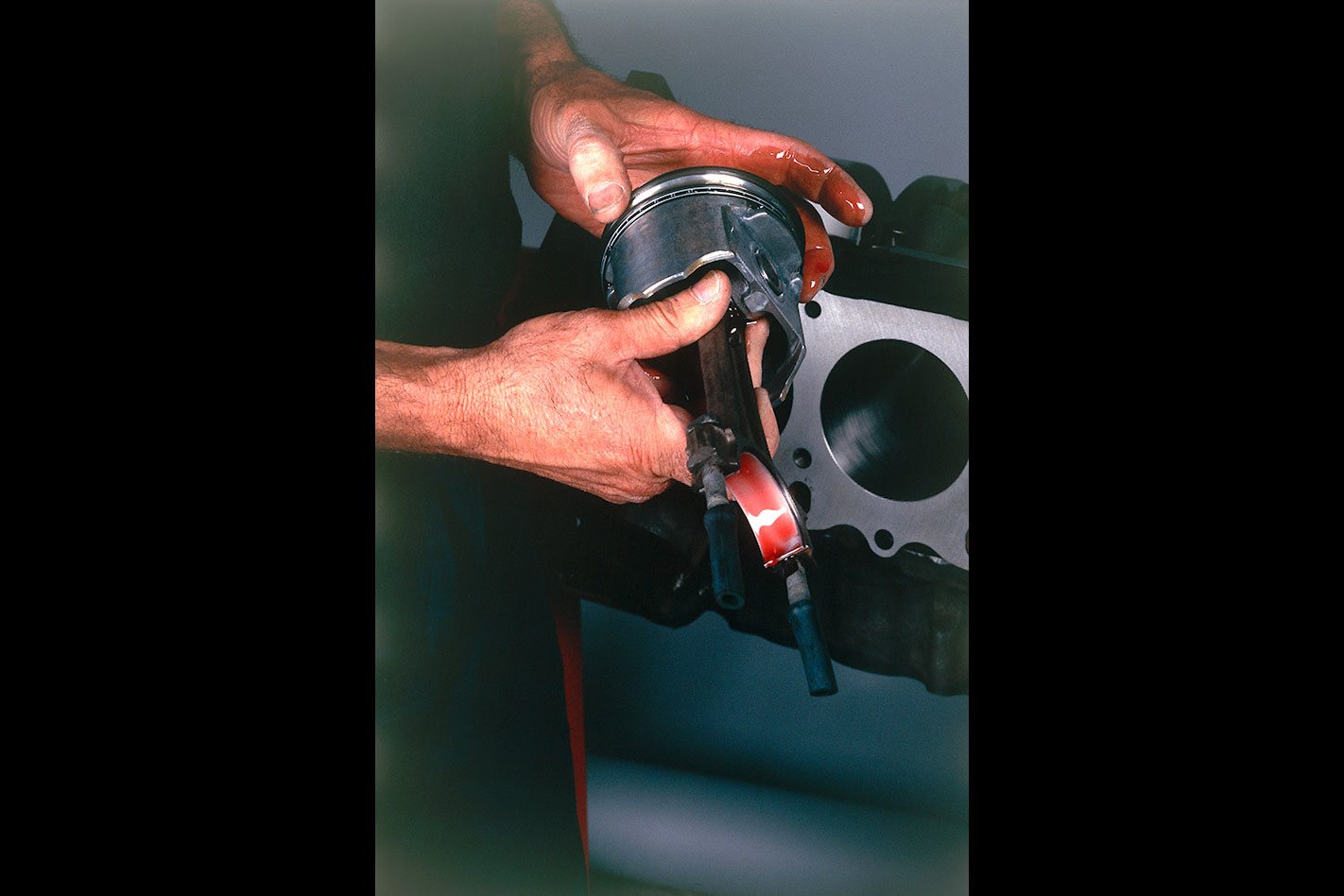 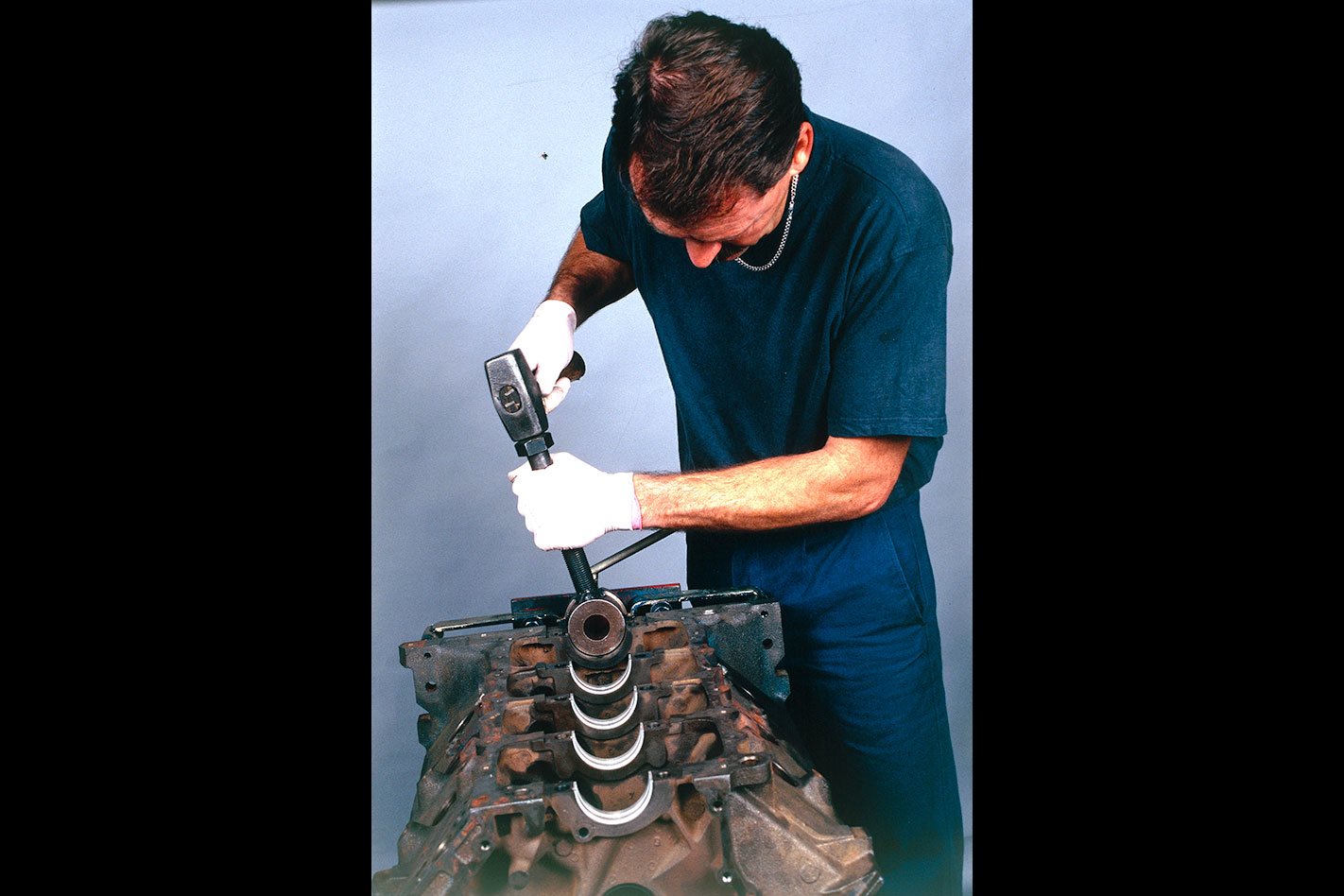 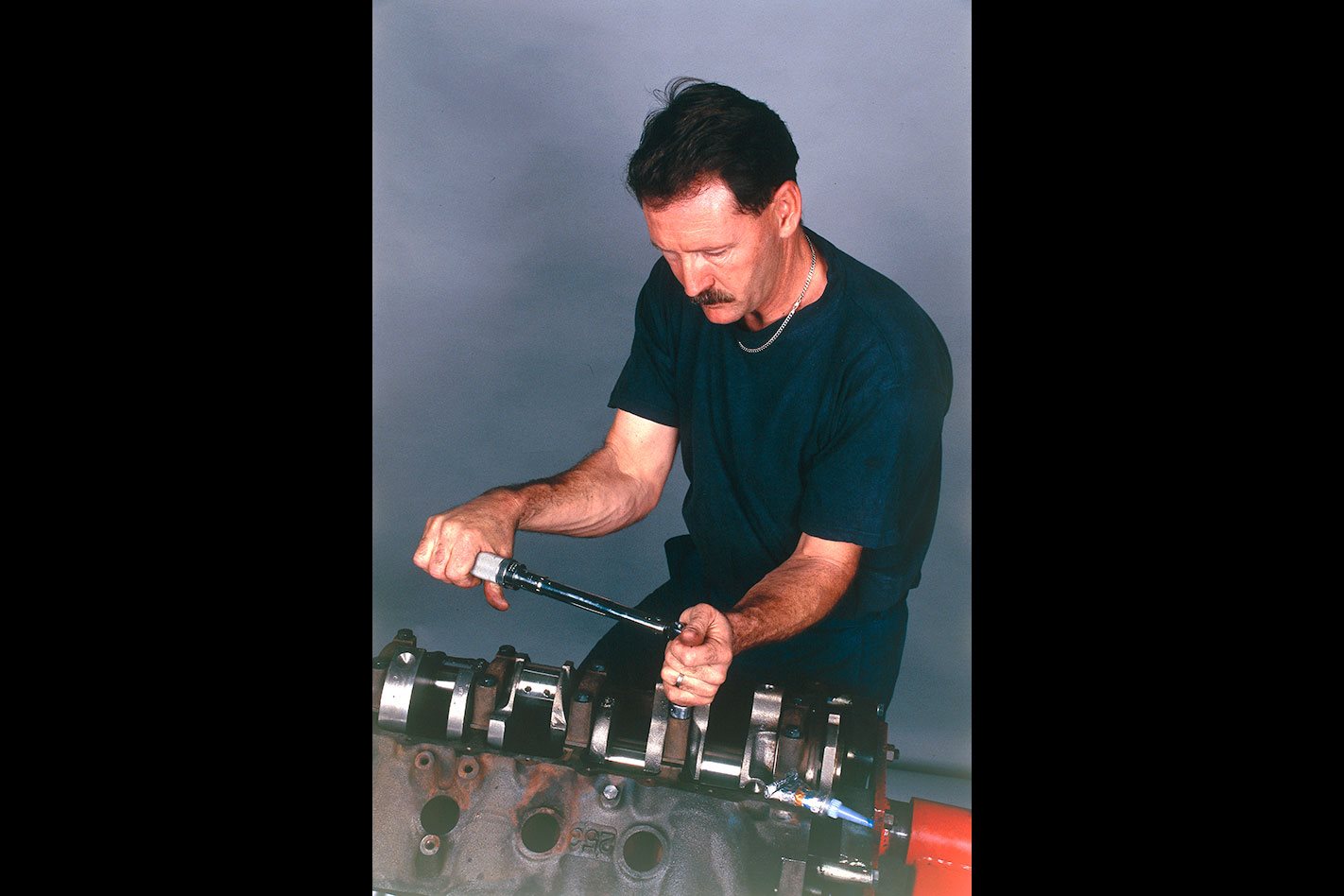 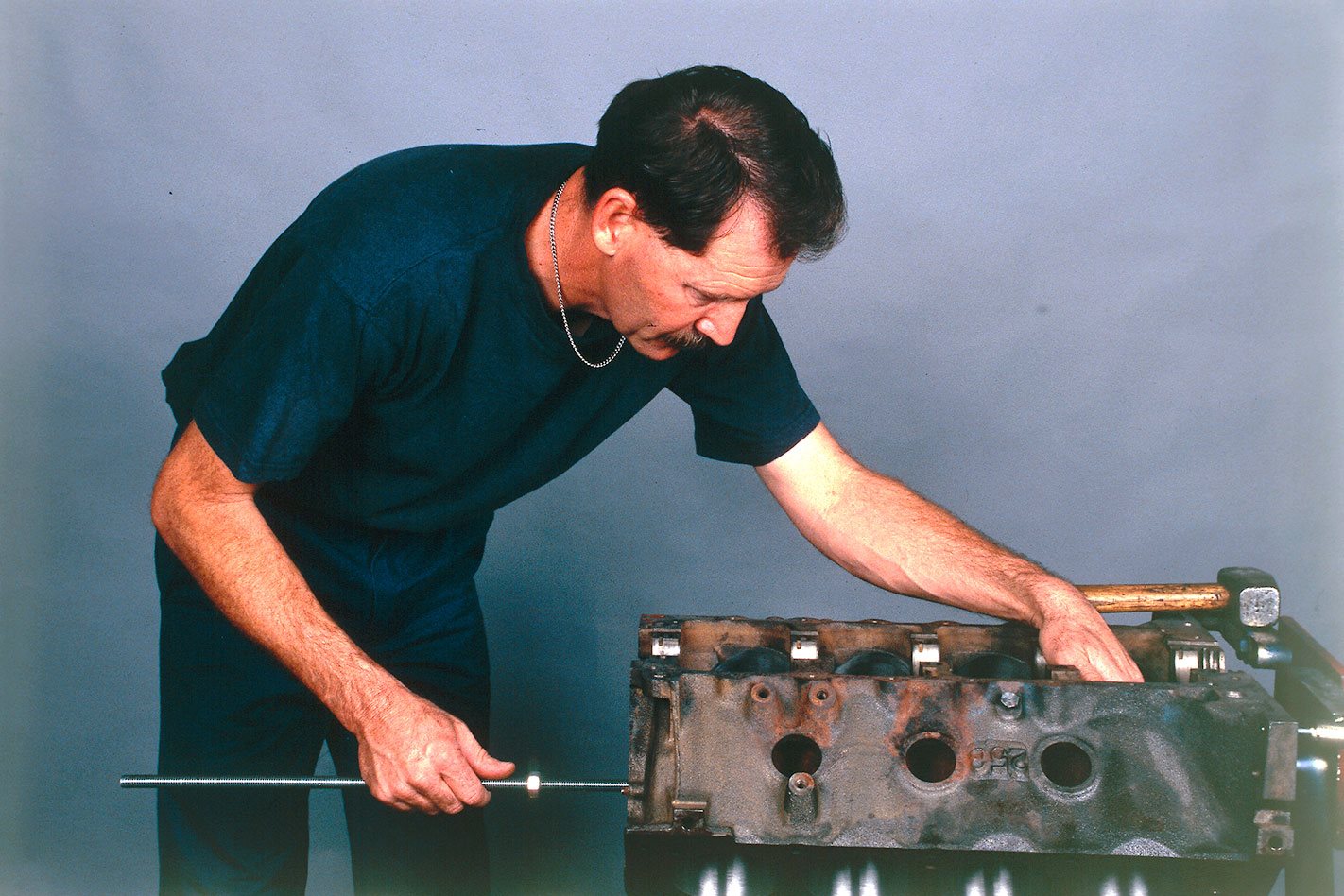