WITH only six months left to serve of a minimum-security prison sentence, model inmate Frank Leone (Stallone) is happy to see out his time and settle back into life with girlfriend Melissa (Fluegel), with plans to reopen a mechanical workshop left to him by his childhood mentor. 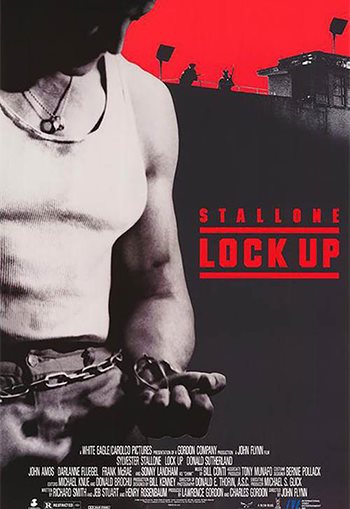 Frank ended up in the slammer after exacting revenge on a group of thugs who assaulted his mentor – the man who gave a young Frank the life guidance and direction he desperately needed – and by all accounts his remaining prison time should be trouble free. But without warning, he is whisked away on a late-night transfer to the maximum-security Gateway Prison, at the mercy of the disgruntled Warden Drumgoole (Sutherland).

It seems that Leone and Drumgoole have a chequered past; the warden was taken to task and publicly humiliated over his treatment of Frank at another prison, and has vowed to make Leone’s final stretch anything but easy.

Drumgoole engages the assistance of tough-guy prisoner Chink Weber (Landham) and seedy prison guard Manly (Lund) to lean hard on Leone in the hope that he will mess up and spend the rest of his life behind bars. 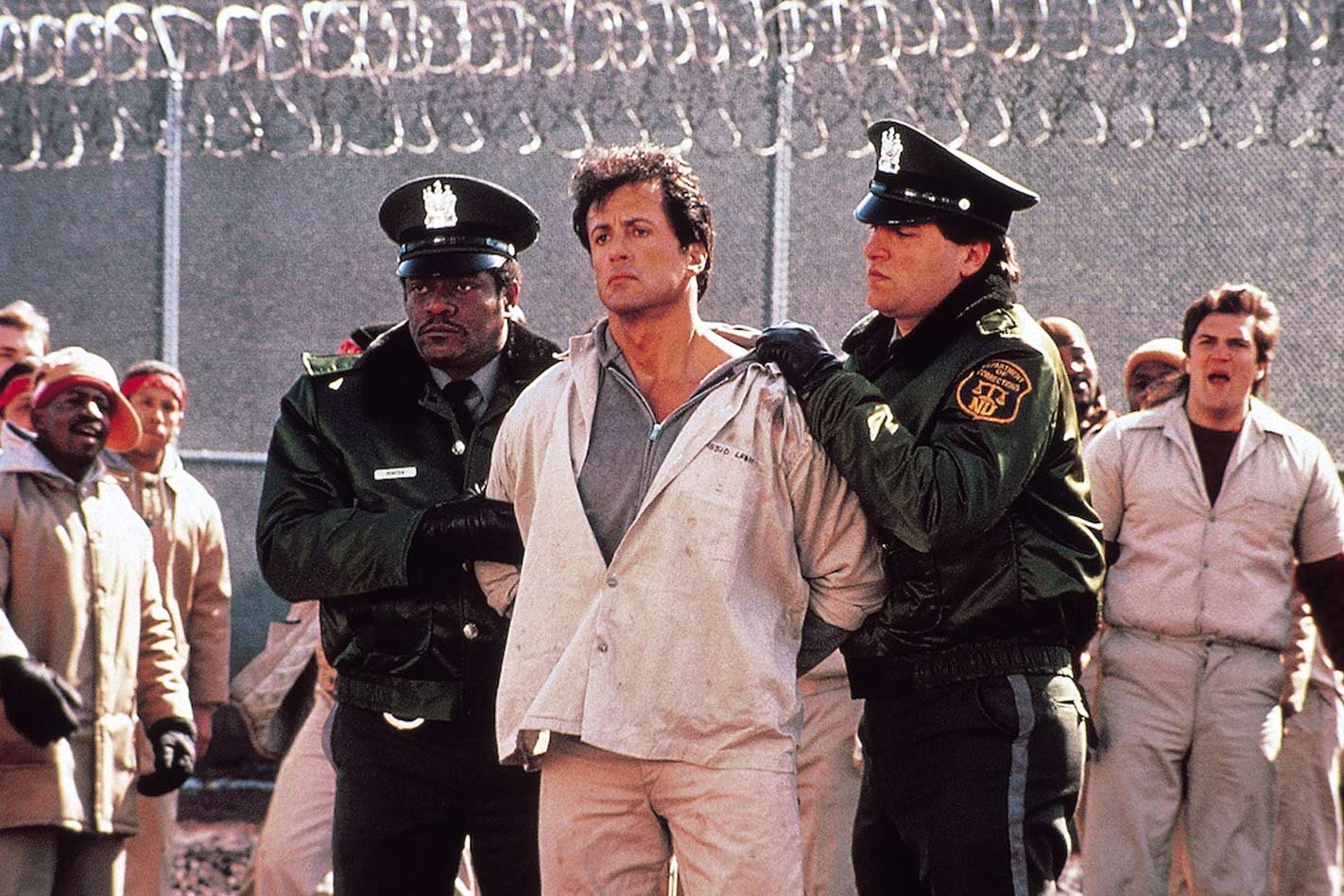 Frank’s resistance is tested to its limits, but a series of events comes to the attention of Guard Captain Meissner (Amos), who senses unfair treatment. Meanwhile, Leone’s dogged determination earns him the respect of fellow gearhead Eclipse (McRae), who takes Frank under his wing and puts him to work in the auto shop. The pair is soon joined by the slick Dallas (Sizemore) and mouthy First Base (Romano), and the group form a ragtag crew that bond over the rebuild of a derelict Mustang and work to have each other’s back.

When Drumgoole realises his tactics aren’t having the desired effect, he lifts his game well clear of the fair-play arena and threatens the safety of Melissa, leaving Leone well and truly off the chain.

Frank takes matters into his own hands, and the game of cat ’n’ mouse between Leone and the warden soon switches positions, with the hunter becoming the hunted. 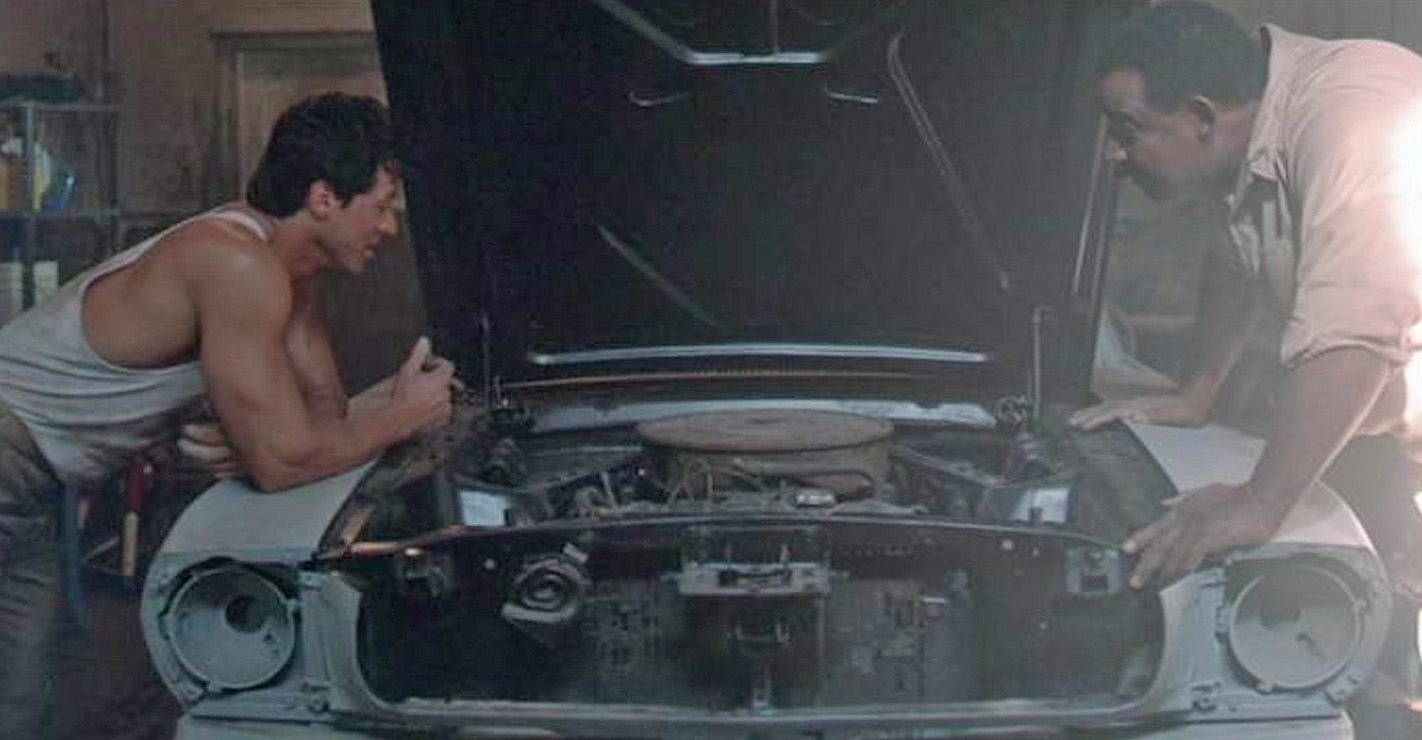 LOCK Up has long been highly underrated, but it is actually one of Sylvester Stallone’s best. Bolstered by an excellent cast and the perfect mix of action, drama, a dash of humour and even romance, the film had me engaged from start to finish. Stallone’s love of cars is evident in many of his films, including Cobra and The Expendables, and Lock Up is no exception, with pleasingly accurate attention to detail. I especially love the engine spec of the Windsor built for the Mustang project, and the sight of that car ripping through the mud of the prison exercise yard is a firm action favourite. 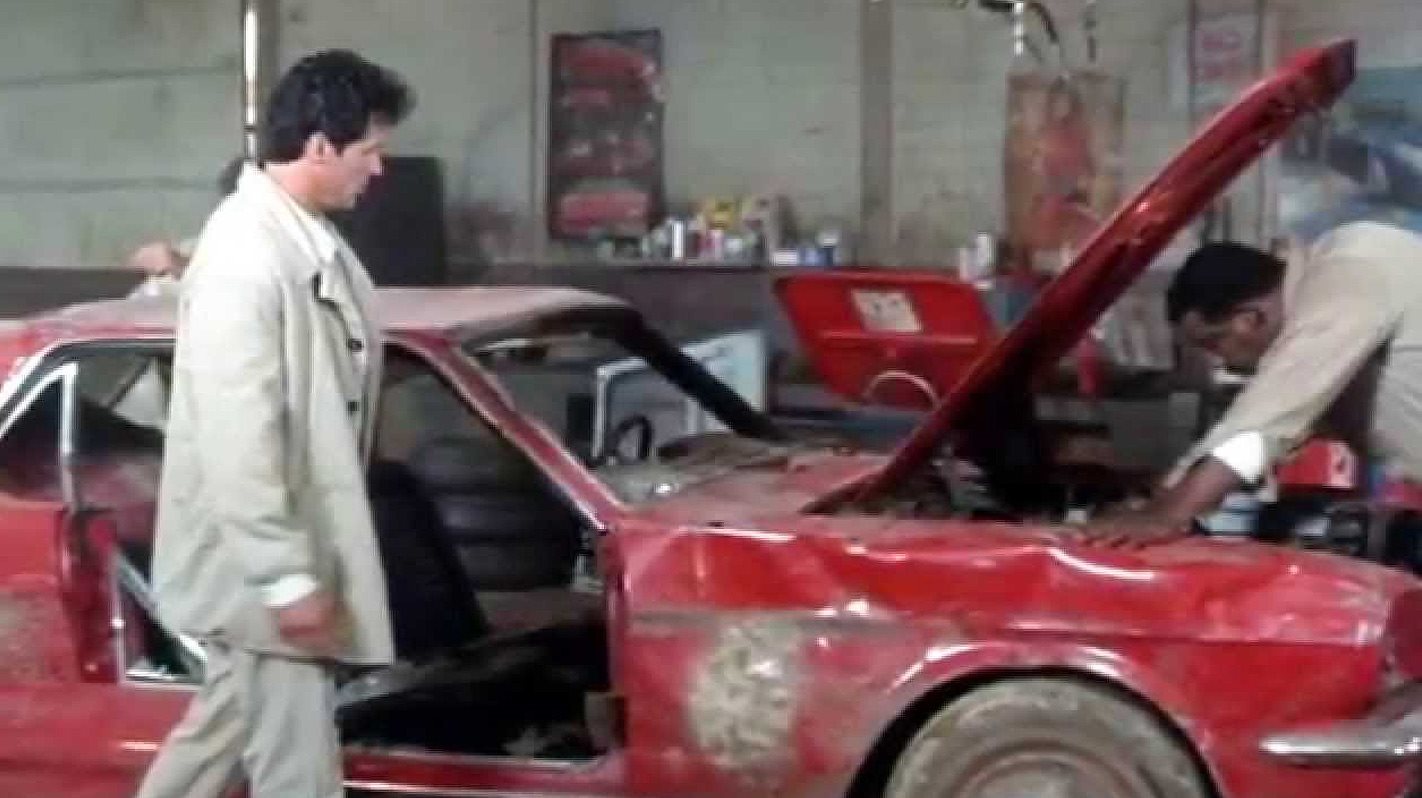 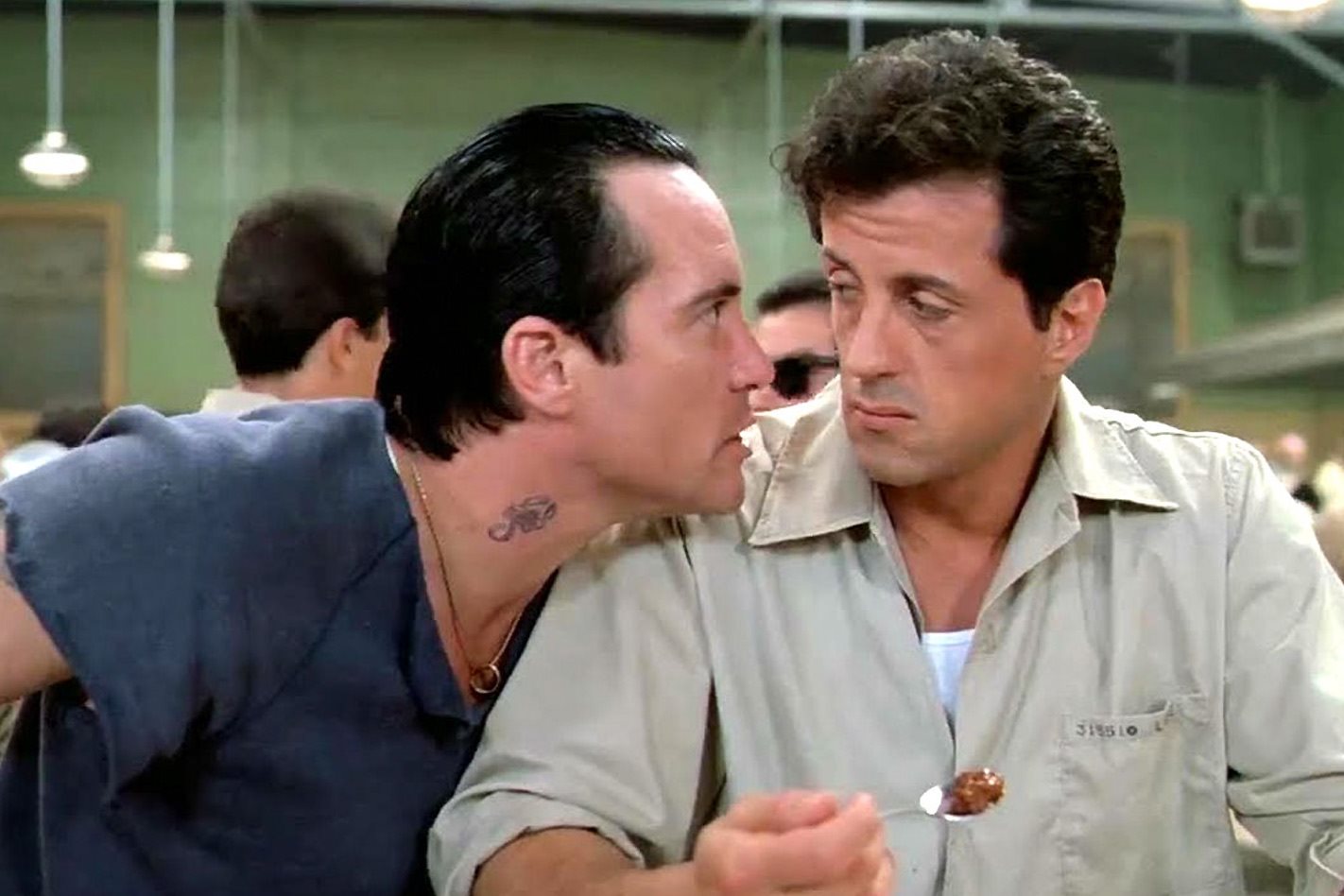 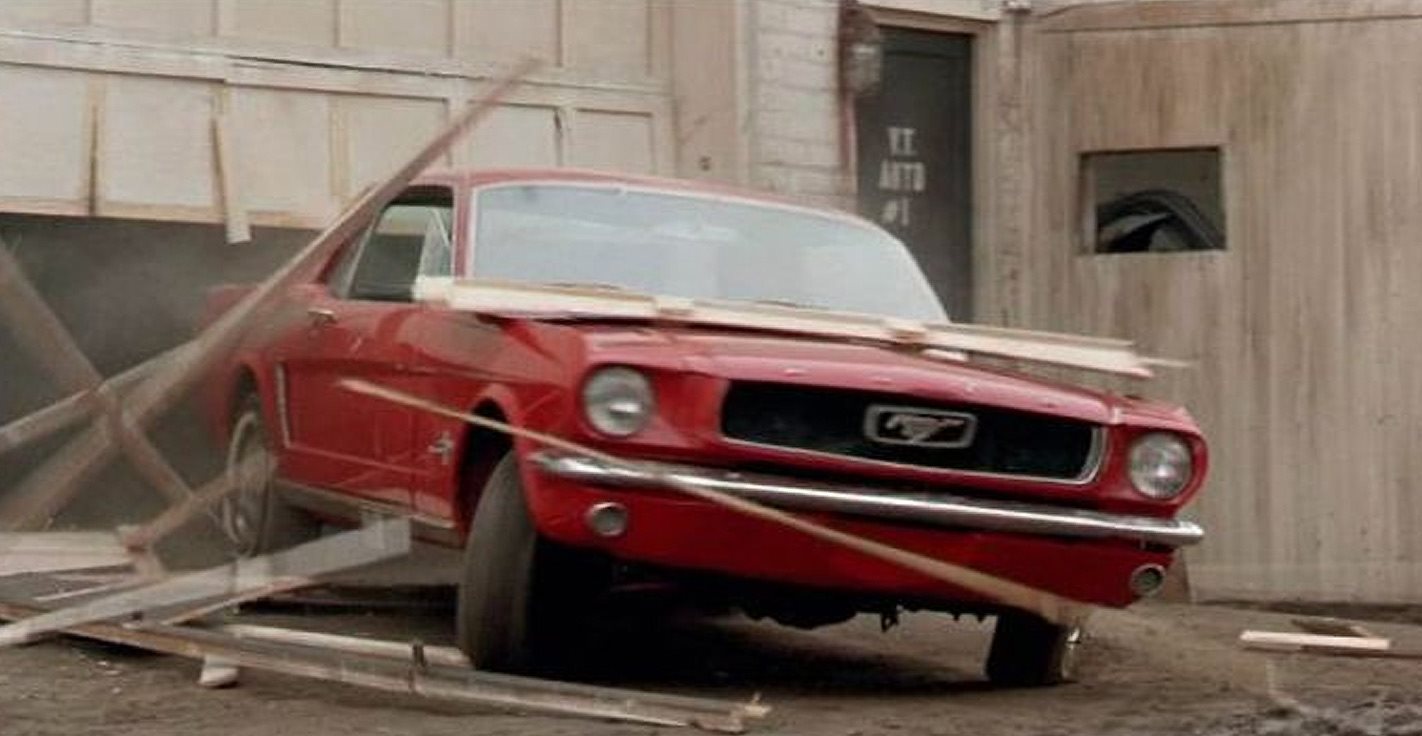 ACTION:
From auto shop spanner-swinging to a Mustang yard-hacking, the automotive inclusions are perfect; and nothing says ‘action’ like a black 1970 Dodge Coronet R/T – even if it is standing still! 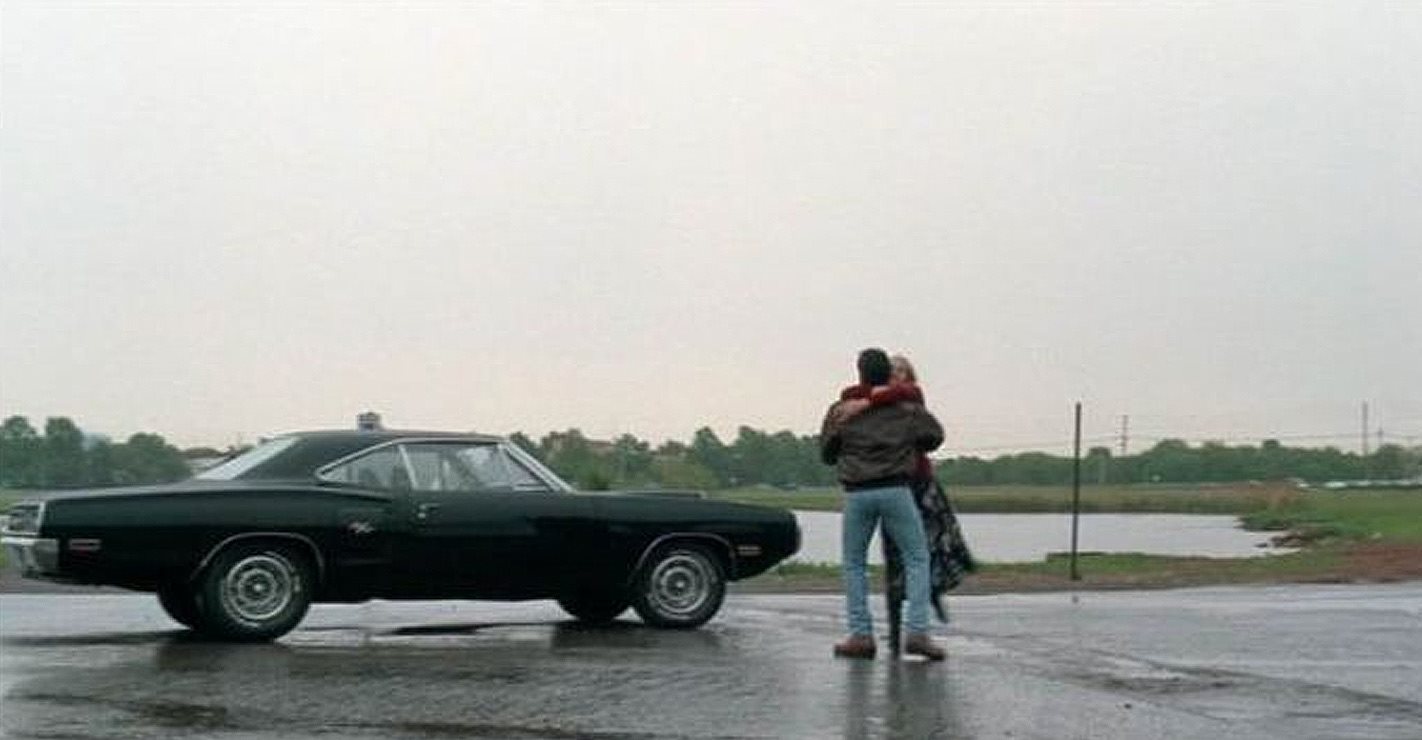 PLOT:
Prison inmate Frank Leone is yanked from a minimum security facility to serve hard time under the control of a crazed warden hellbent on revenge

COOL FLICK FACT:
Many of the extras in the film were real-life prisoners and prison guards of East Jersey State Prison in Rahway, New Jersey, where the movie was shot.