I’LL happily admit to being a few stubbies short of a six-pack. Over the years my pea-brain has got me into all manner of strife, often with results that have cost me plenty of time and/or the folding stuff.

But it’s my habit of checking the simple, most obvious things last that has most often had me questioning my sanity.

Recently, for example, I spent a couple of days losing my shit over why I couldn’t get a shiny, glossy finish on a BMX frame. It was only after spraying a 3mm-thick layer of clear coat that I noticed the can said ‘Satin’. 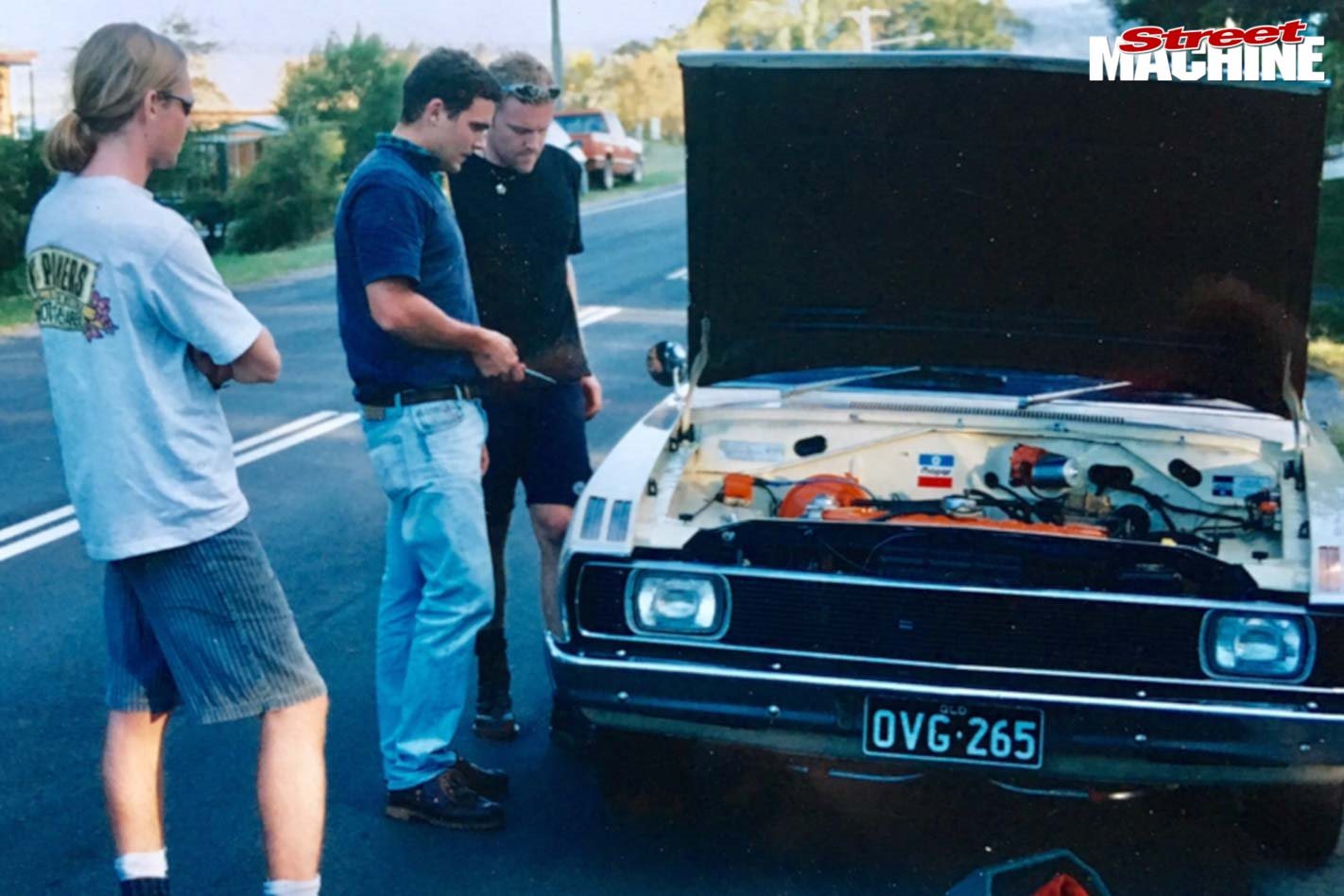 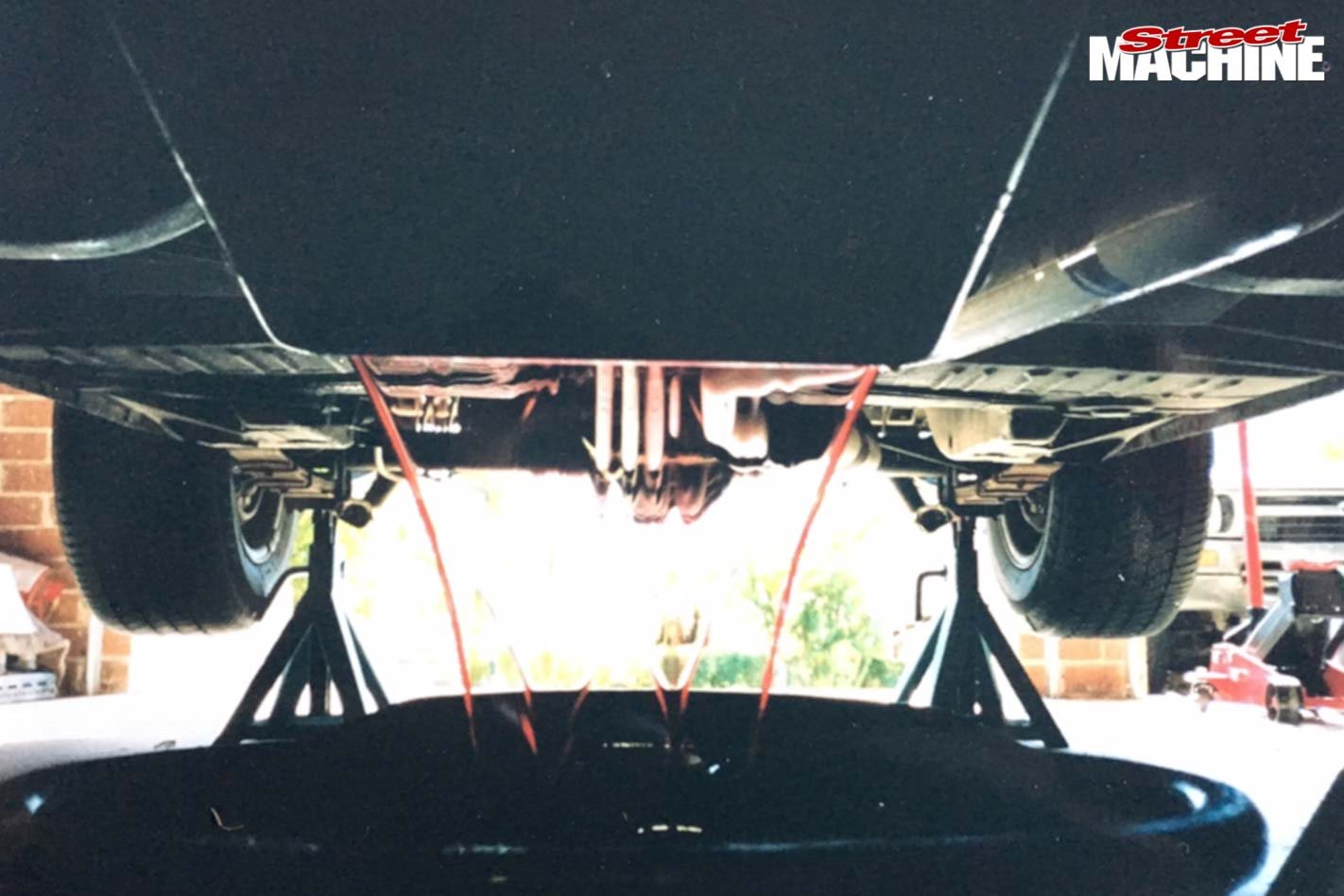 Or how about when, as an apprentice mechanic having just completed a rebuild on a wide-body Camry auto transmission, I ran the shift solenoid wiring down the wrong side of the valvebody, connected it back-to-front and drove up the road shifting third-second-first from a standing start. Yep, it selected first gear at 50km/h!

And then there were the times – yes, plural – that I’d been hammering the crap out of rear brake drums in an attempt to get them off, only to discover I still had the handbrake on.

Sadly, this all pales in comparison to when I couldn’t get the bloody interior light to go out in my better half’s daily driver. I shut and reshut the doors and boot repeatedly and even started pulling the door switches out to test them. Any normal person would have just switched the interior lamp to ‘off’ and been on their way, and when I finally gave in and chose that option, I discovered that the interior light assembly was in fact merely switched to ‘on’ and not ‘door’.

But sometimes there are just those curveballs that you will never see coming, and no matter how smart or silly you are, they will sit you on your arse. 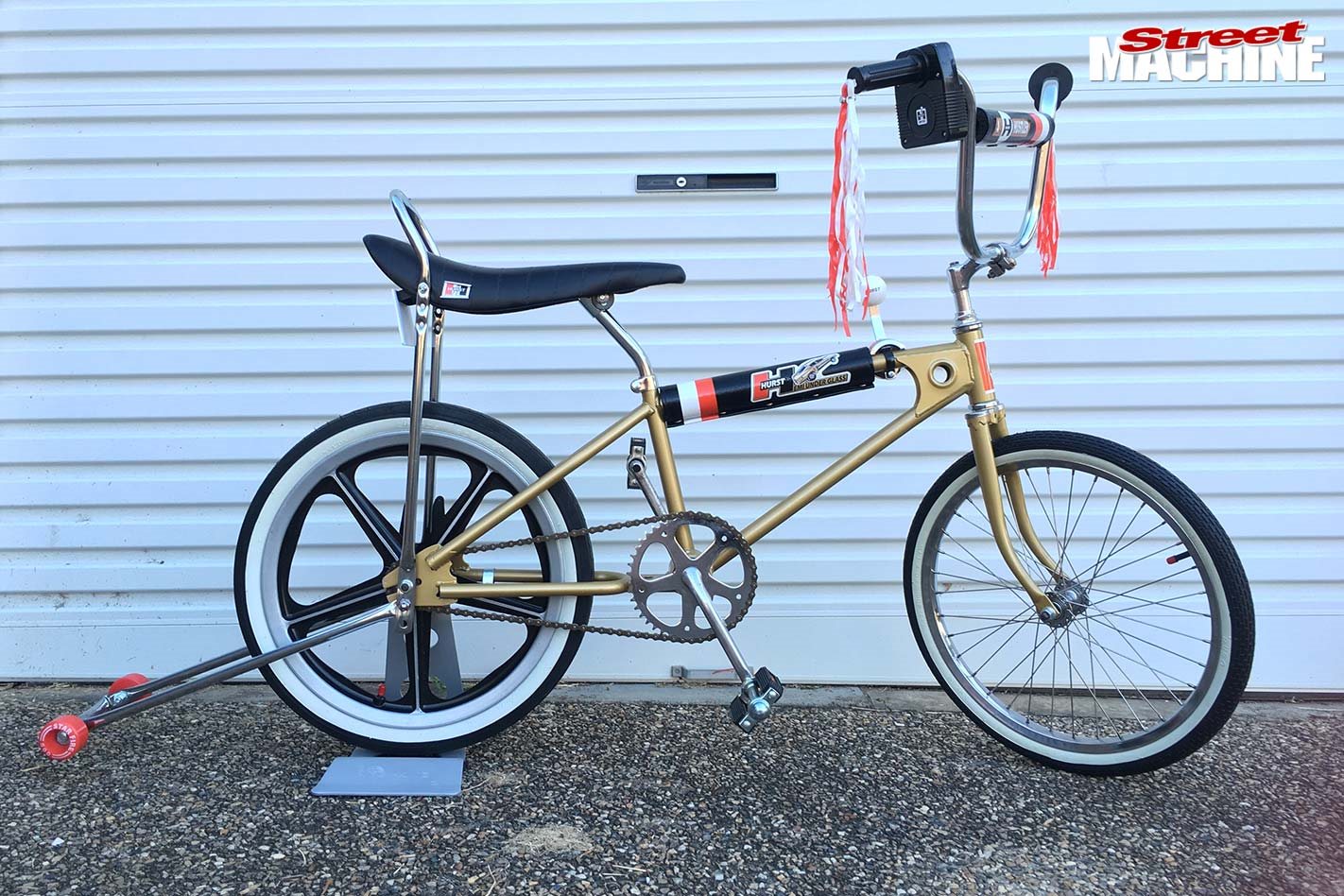 My shared passion along with cars is BMX bikes – vintage BMX if you want to be pedantic, but I prefer the denial path and choose to think of them as just ‘bikes we rode as kids’.

I’m far from being alone in my twin passions and have met a heap of car folks over the years who love the old bicycle motocross too. Not surprising really, as that’s where many of us learned to tinker.

So late last year I was building a couple of bikes for the SEQ BMX Show and was on the tail-end of a Mongoose Motomag project. The BMX world has just as crazy a purist element as the modern-day hot car scene, but as usual I stuck to my guns and chose to ‘wreck a classic’, mixing my favourite years of Motomag styling cues with a few period ring-ins to create my dream build.

Read next: Put your back into it - Blowin' Gaskets

Things were progressing swimmingly as I neared the end of this build, less than three days out from the big day. I had one last Motomag tuff to assemble, so on the Thursday after work I prepped the trusty Milo tin, parts-cleaning brush and kero to clean the front hub internals. 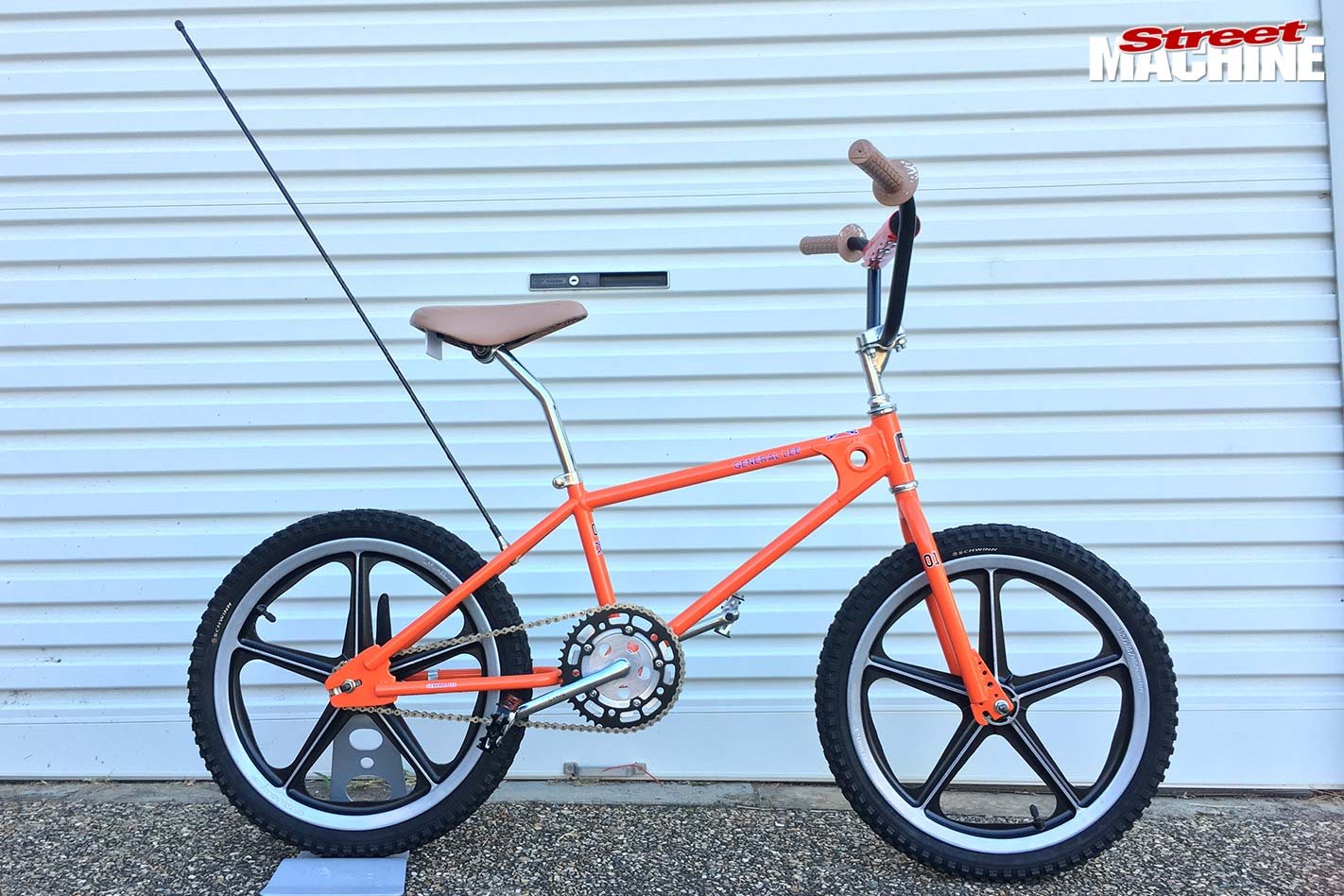 I’d stripped the front axle and bearings out a couple of weeks earlier during my work lunch break, and being my normal rushed self, chose to tip it all messy into a ziplock bag, toss it into my work ute and get on with pressure-cleaning the rim.

Now I poured these front hub bits straight from the bag into the kero and swished and jabbed at them with the parts brush. This brush was the tightly bound cylindrical type that kept its form well as I pushed decades of hardened grease away from the bearings, cones and axle.

With the scrubbing done, I separated the kero and parts through an old kitchen strainer and noticed I was one caged bearing short. So I did a quick recon through the ziplock bag and Milo tin. Sadly, they were both bearing-delete.

Okay, knowing me I’d probably left it in the front wheel and blasted it to oblivion with the pressure cleaner, or it may have just slipped out into my work ute as I madly flapped around in my usual rush. But my work ute was at work and I was at home, so it was on to plan B.

I dug through my box of bike spares and found similar caged bearings, but nothing that would do the trick. Shit. Motomags are one of the rarest tuffs out there and the likelihood of getting parts ASAFP to meet my Sunday deadline was unlikely. 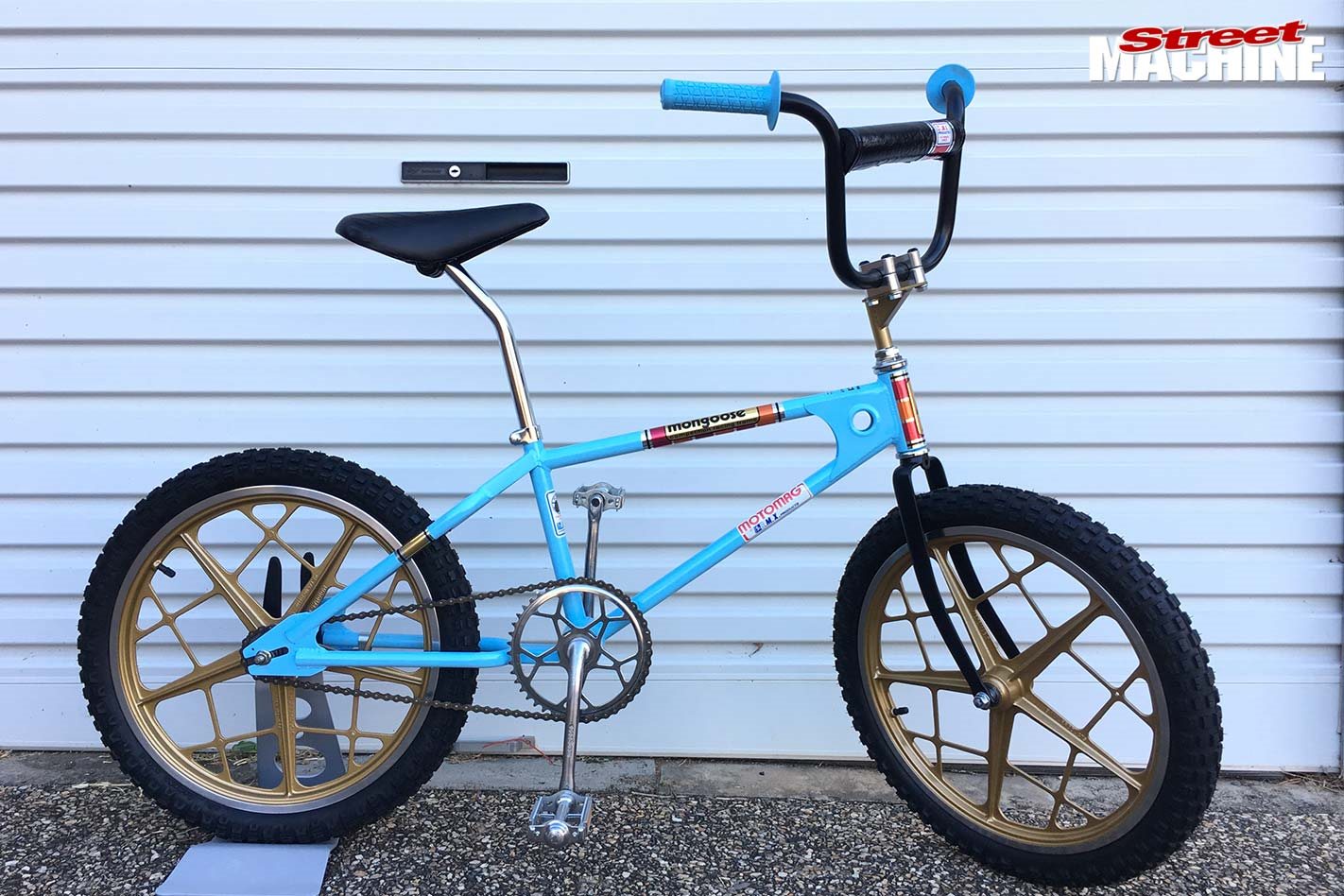 So I slept on it, searched my work ute on Friday to no avail, then shot to my local bike shop and sorted through their 40-year collection of random bearings. I found one and jumped for joy, racing home to reassemble the front mag and get this bike on the road. There was years of dirt, dust and a well-aged protective coating on this ‘new’ bearing, so I whipped it through the Milo-tinned kero and parts-brush combo, swishing and jabbing with the brush to clean it to perfection.

I then sifted the contents of the Milo tin through the strainer and exclaimed: “What the actual f--k!?!” There was no bearing in the strainer; nada, nothing, zip. I checked the floor in case I’d overshot the parts delivery and missed the strainer altogether. Nope, all clear.

I was staring at the empty tin wondering if I’d discovered the Bermuda Triangle, when my brain finally chirped second and I decided to check the brush. It made sense; there were only four items involved in this whole shebang and both the strainer and tin were clear. Yep, lo and behold, there was the new bearing lodged up and out of sight in the parts-cleaning brush, tangled in by a smattering of bristles threaded between the ball bearings and their cage. 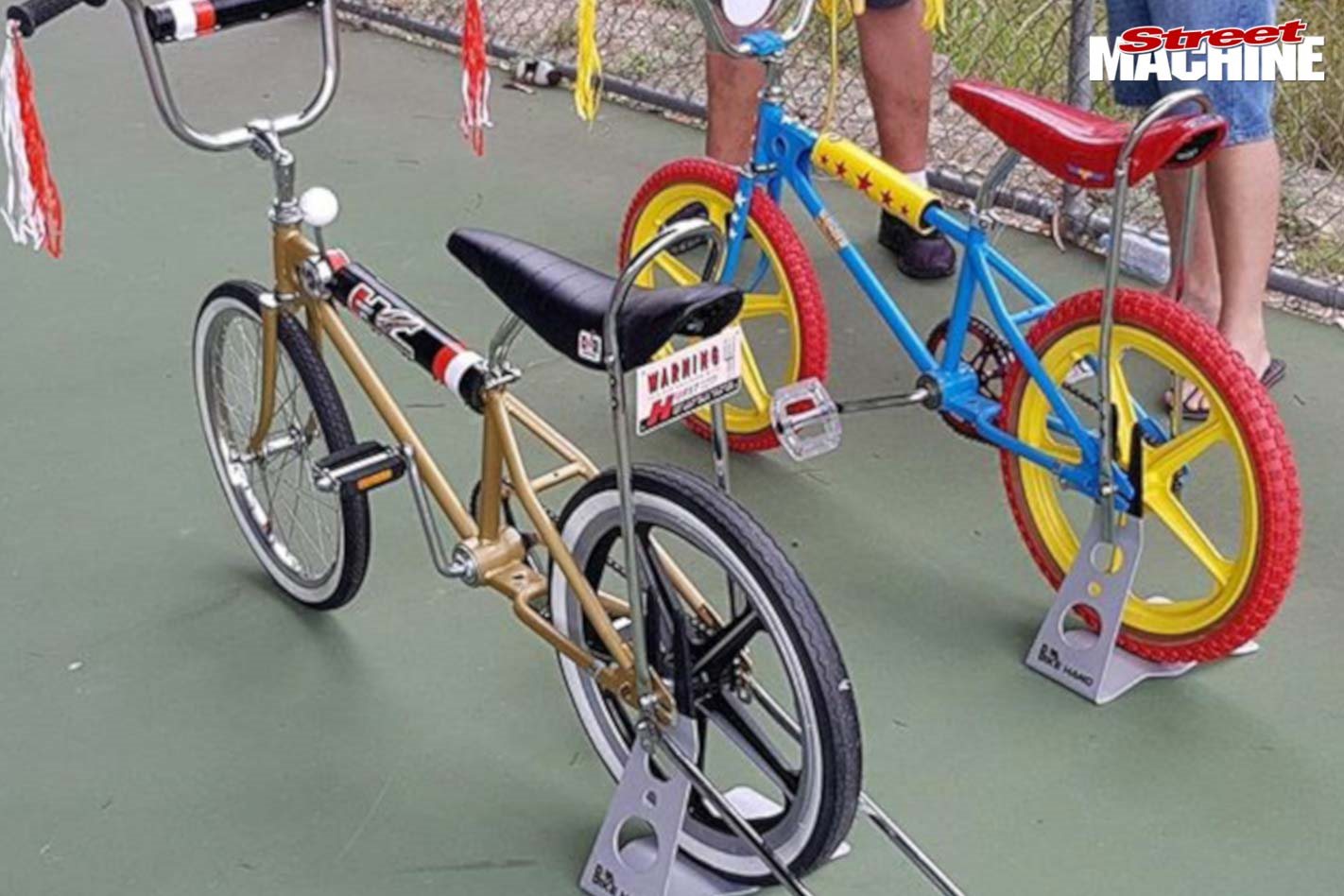 I breathed a sigh of relief and peeled the bearing free in the hope of finally getting this front wheel reassembled, when I noticed something else jammed into the brush’s nether regions: Yep, you guessed it; it was my missing bearing from the day before.

Ever the optimist, I clung to the bonus of having a spare bearing to dull the reality that I’d just wasted precious time and driven around like a wanker chasing a unicorn part that I didn’t actually need. It kind of worked, but my biggest fear is that of the unknown, wondering what stupid adventure I will thrust upon myself – or that will be thrust upon me – in the no-doubt near future.