When Ian Wright took ownership of his HT Holden he didn’t have any intention to create the sleeper you see now. He just wanted a nice reliable cruiser that his wife could drive, but after having a few beers with some mates a new plan was hatched that would see the humble HT turn into a real rubber-hater. 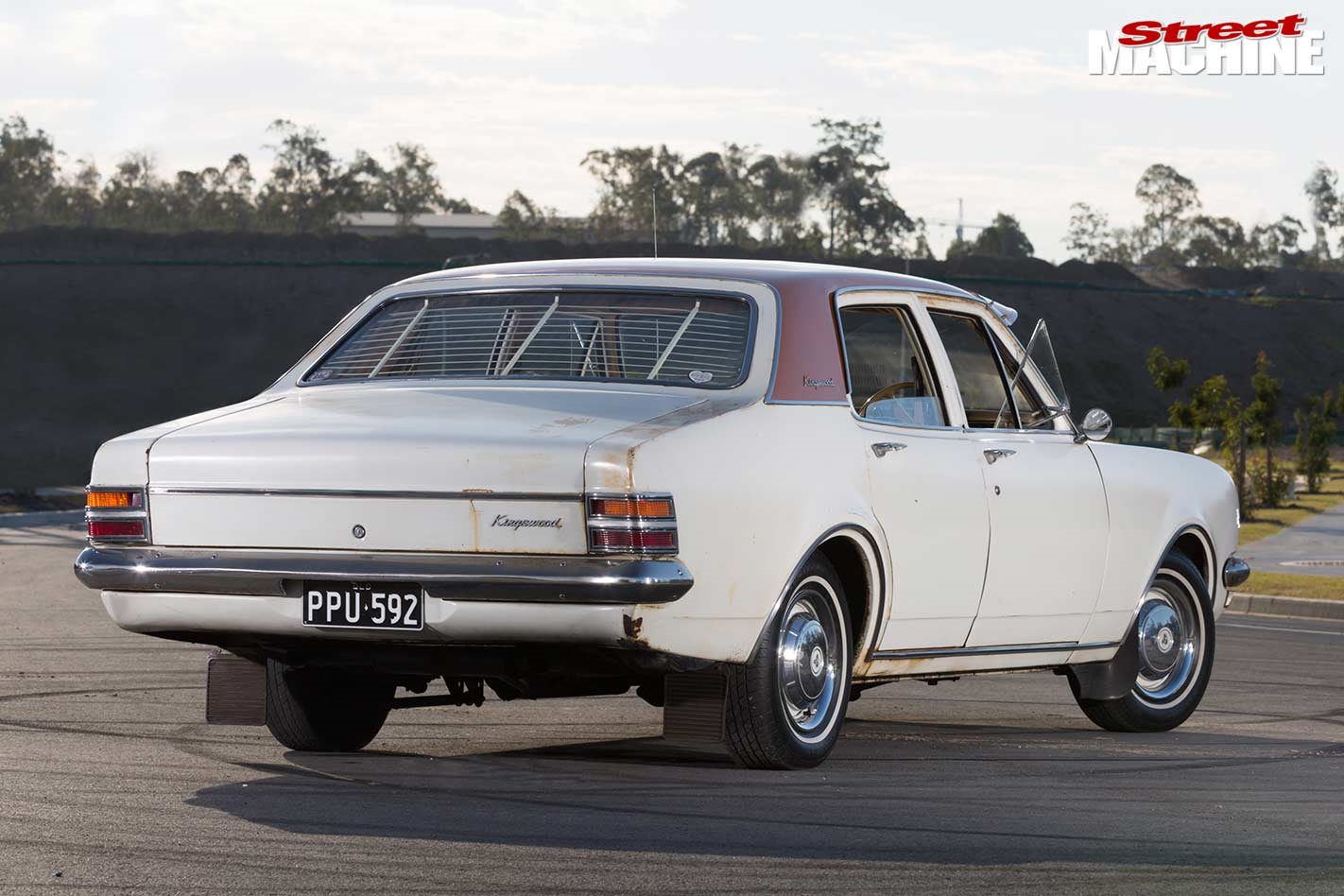 In place of the factory 186, a throaty LS1 now resides in the engine bay, while a 4L60E with a 3000rpm stall and a HiLux diff sporting 3.58:1 gears send all that extra power through tiny pizza-cutter rear tyres. At least he’s still got the factory mudflaps to catch all the burnt rubber!

Ian loves the unassuming nature of the car, going to big lengths to keep its accidental sleeper status in place. “Nothing has changed on the exterior of the car and nothing gives it away ’til I start it,” he says. “People can walk around it for hours and think it’s an original old girl.” 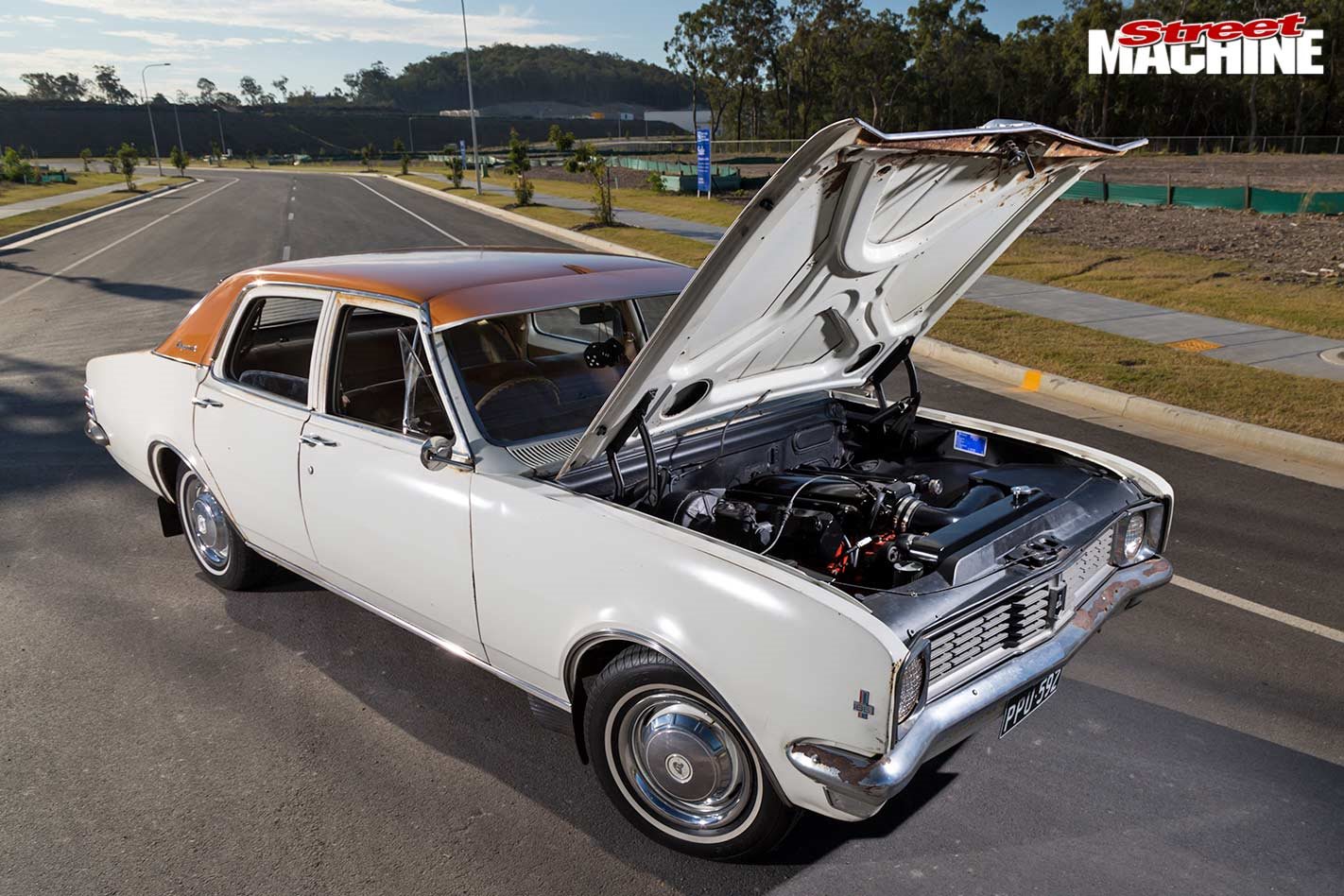 The originality of the HT runs deeper than just the exterior looks; even the wiring and body are as original as possible, which was Ian’s goal throughout the build. “I cut the car as little as possible and everything is bolt-in,” he says. “Even the wiring harness plugs straight in and out of the factory body loom, so I can take it back to original one day if I want.” 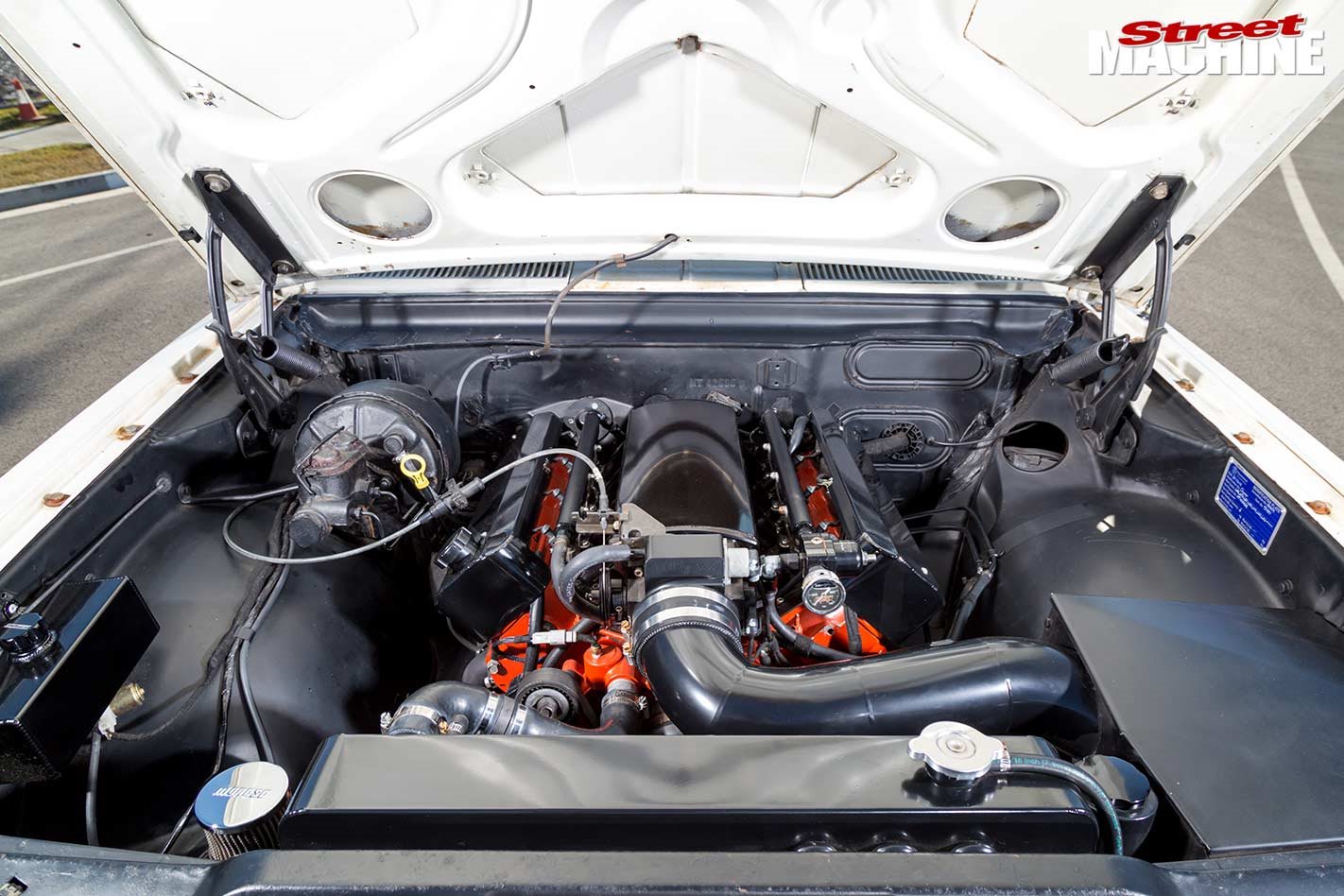 With almost three times the power, a stout LS1 sure is a step up from HT's original 186 red motor

Ian got the car with all the original paperwork from the first owner, and says it was “a true grandpa pack”. He actually bought it during the brief few minutes that his wife had walked away to look at a garage sale. Despite the shock she doubtless experienced on her return, she has been fully supportive throughout the whole project. 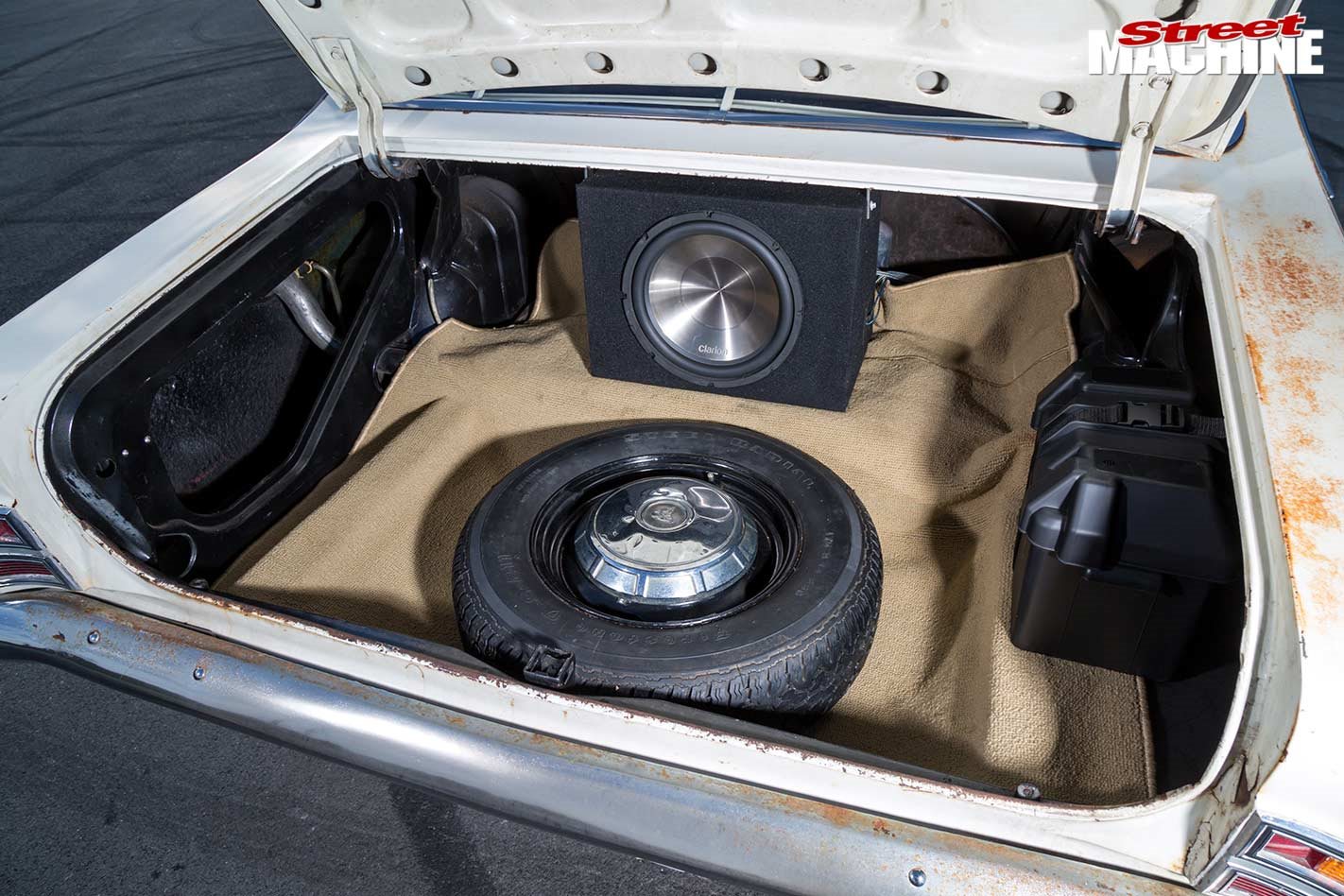 Just like the exterior, the inside hasn’t changed a whole lot either, with the original brown interior retained right down to the steering wheel. Even the stock column-shifter is used to get the newer 4L60E trans up and boogying. The only real giveaway is the custom-made gauge cluster hiding under the dash and the monster tachometer sitting next to the steering column.

Other areas of the car have remained fairly standard as well. Springs are just lowered King Springs variants of the factory stuff with Pedders shocks, while the brakes – rather scarily – are still the standard drums up front and HiLux drums in the rear. 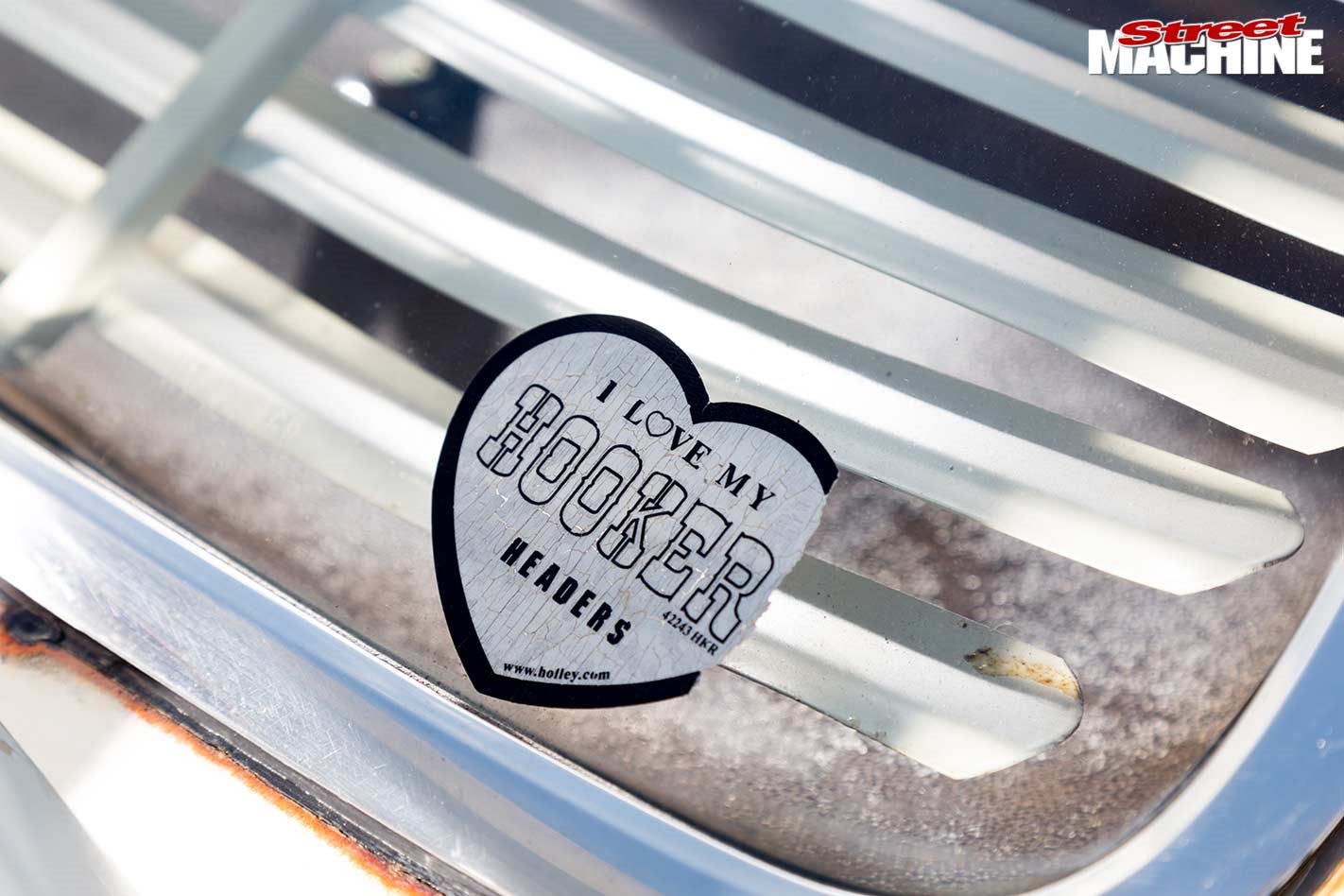 Standard LS1 EFI gear is used, and the engine is largely stock bar a larger 102mm throttlebody, a custom cam and aftermarket lifters.

The end goal of having a fun cruiser was retained throughout the LS conversion, with the car’s usability just as important as speed for Ian. “Even with the LS1 and stall in it, you can still drive it like a normal car, which is what I wanted,” he says. “I wanted my wife to be able to drive it normally, but have it still be able to shred tyres once you put the foot down.” 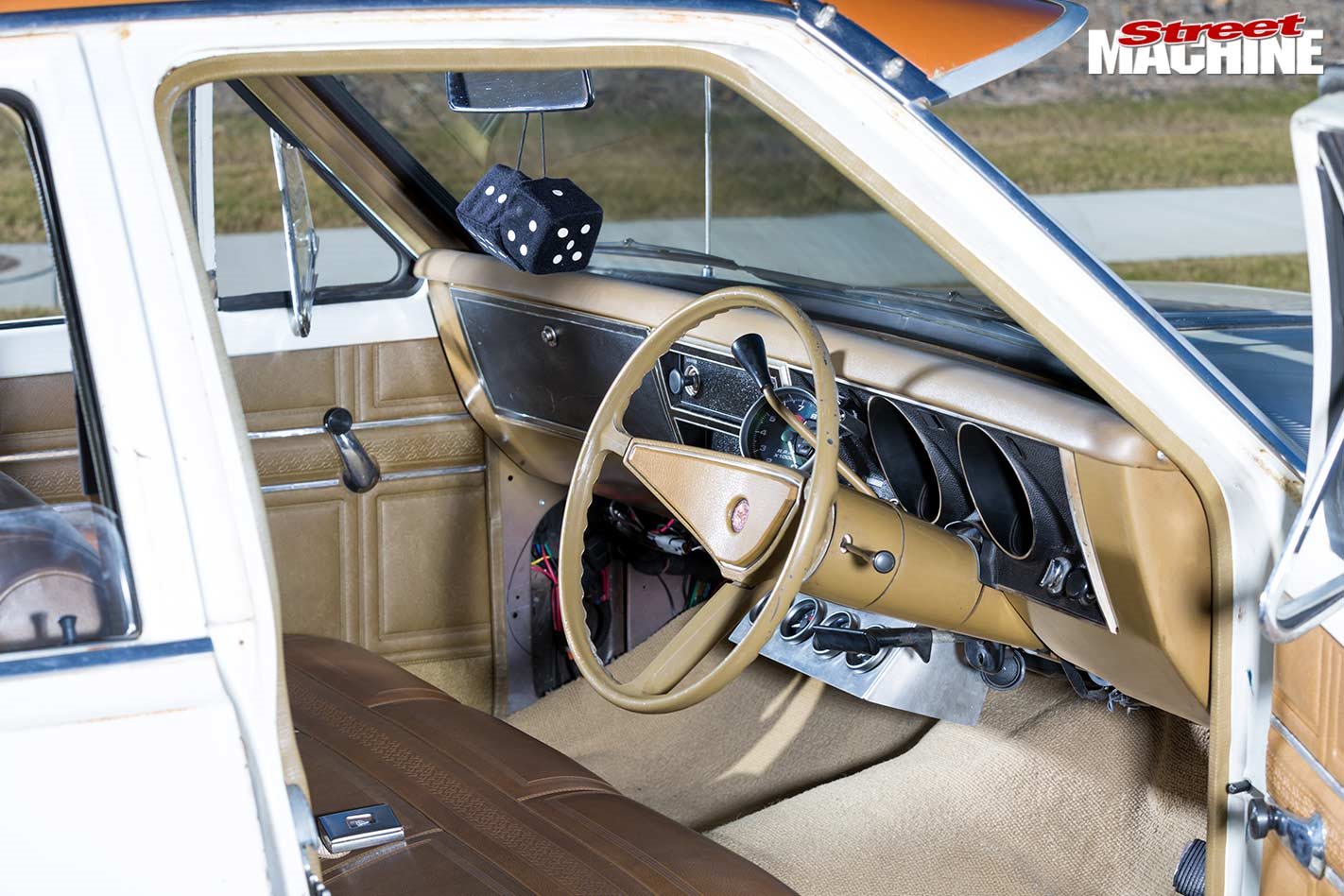 A custom gauge cluster is about the only obvious non-original addition inside (oh, and the fluffy dice, of course!)

Ian and his mates put the car together in just a few months, taking it for its first big voyage from Queensland all the way down to Canberra for Summernats. The car didn’t have a single issue, even sipping fuel at nine litres per 100km on the big trip. Two years and 15,000km later, Ian’s barely changed a sparkplug. 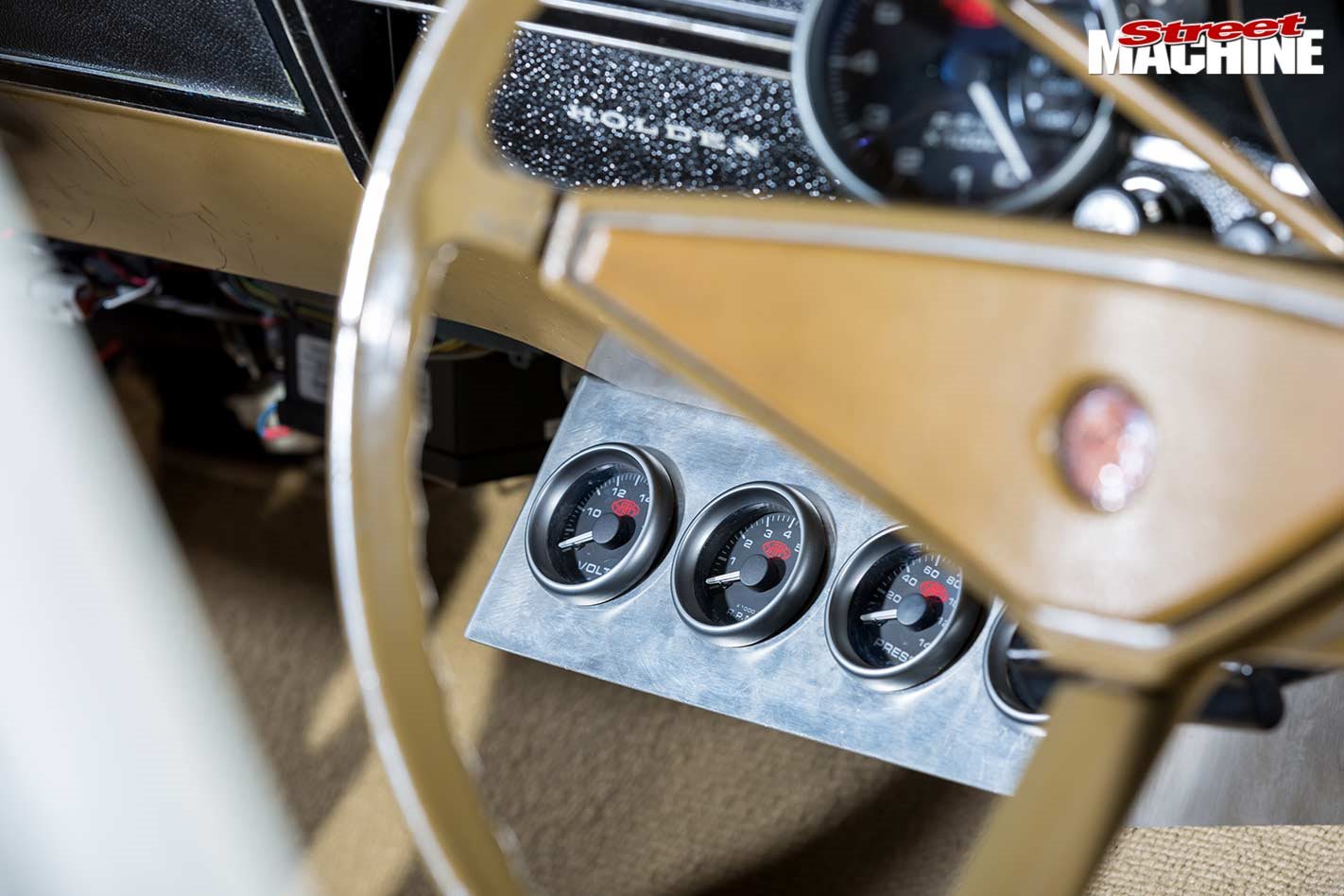 The gold roof is factory-original as well; after his trip to Summernats Ian even got followed up by a bloke wanting to buy the car, as it turns out the gold and white is a fairly rare colour combo.

Power-wise, Ian reckons the old girl is punching out somewhere in the ballpark of 360hp, and he does plan on heading to the track one day to properly stretch the car’s legs. He’ll throw some 4.11s into the HiLux rear end, some bigger meats on the back and a quick-shifting auto into the cockpit, which should see the car crack the low 12s. But impressive times down the strip are not what this HT is really about. 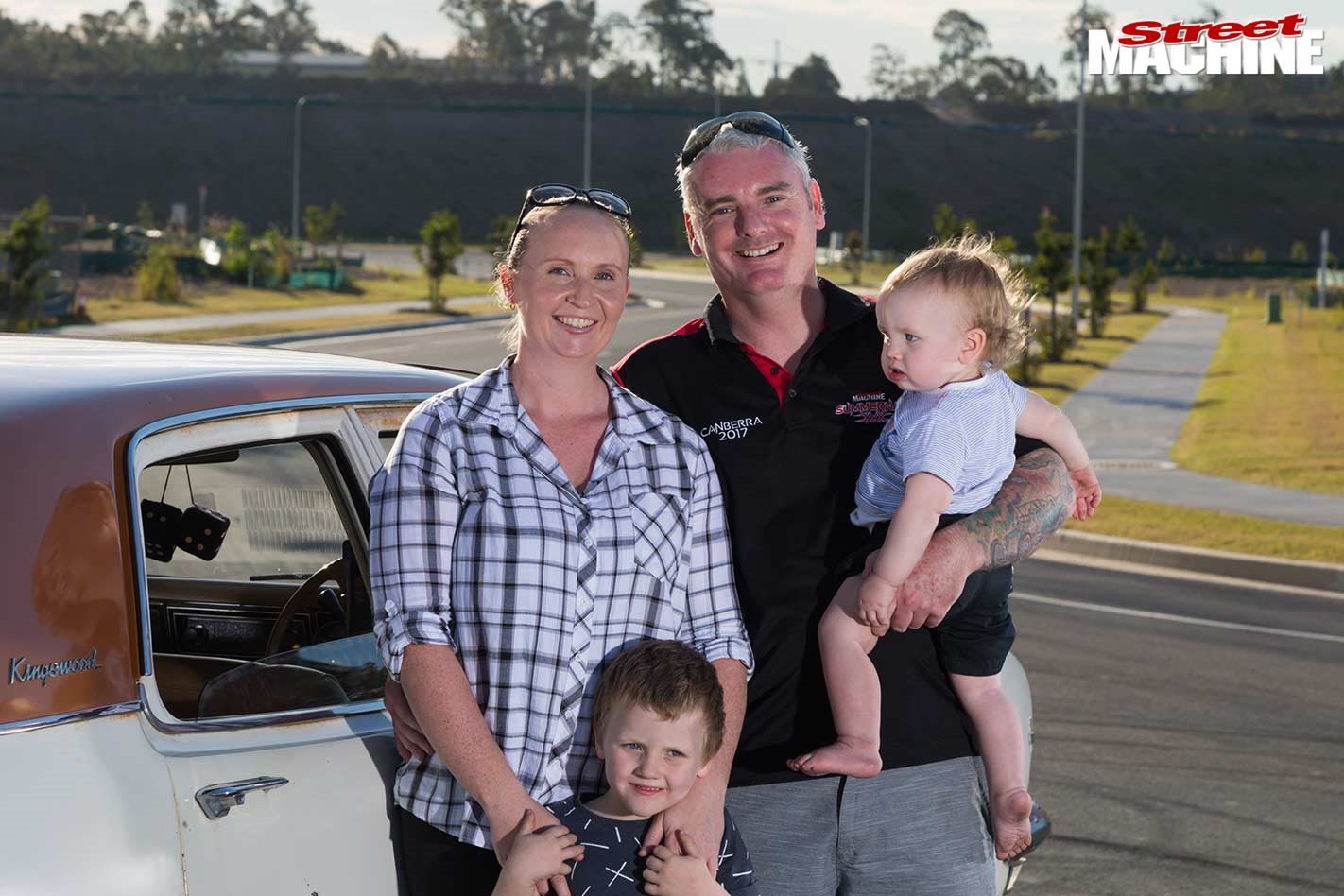 “It’s never going to be a full race car,” he says. “I’ve had full race cars before, and this time I just wanted a fun cruiser I could share with my wife and kids. 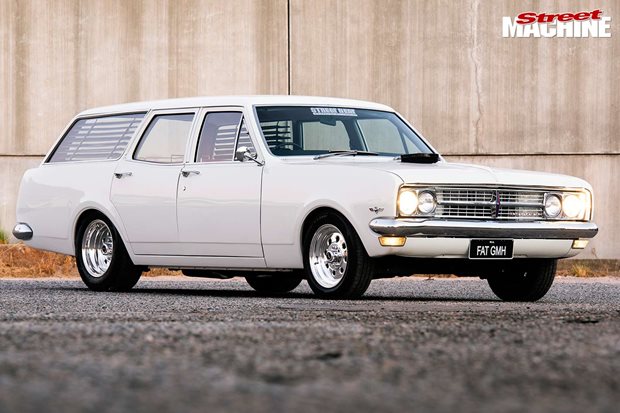 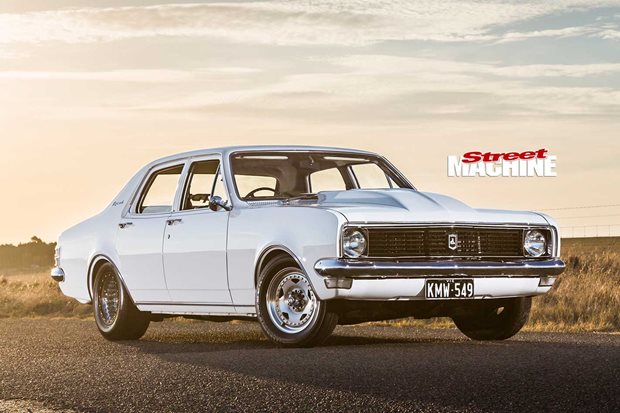 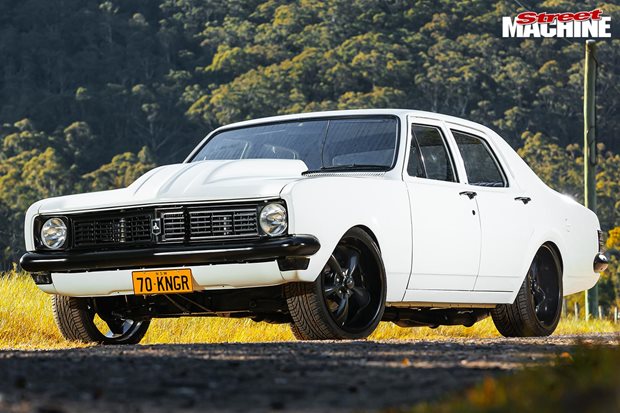 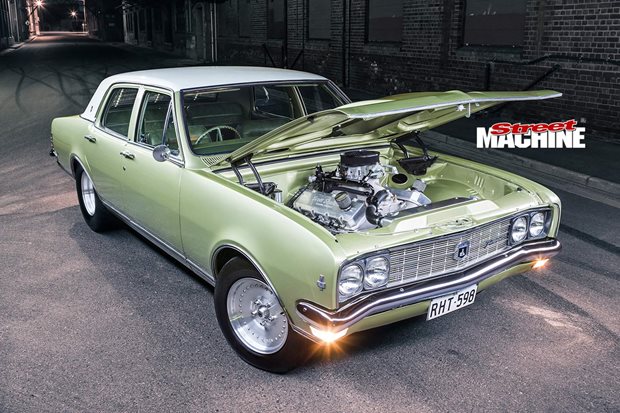