WE REALLY just want to buy Max Rockatansky a beer after some of the rough days he’s had since his first appearance on the big screen 40-odd years ago. The star of George Miller’s terrifying vision of a dystopian future, he returned in 2015 after a 30-year absence but this time was played by British star Tom Hardy instead of Mel Gibson. 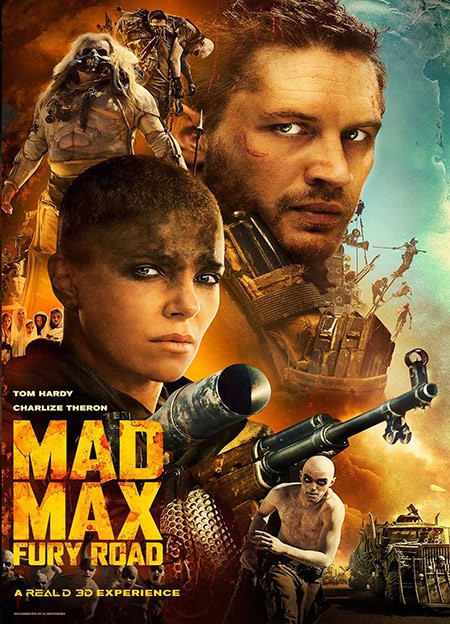 And it wasn’t just Max having a rough trot getting the fourth installment of the film series on the screen. Creator George Miller faced 18 years of location changes, bad weather, delays from wars, and screenwriting setbacks before he could show off his latest incarnation of the road warrior with Mad Max: Fury Road.

Max’s trip down Fury Road starts with his iconic, but battered, Interceptor getting blown up in the first five minutes. He is captured by a bunch of feral warriors called the War Boys who are the private army of Immortan Joe (Keays-Byrne, who played Toecutter in the original) – a despot leader of a community of sickly survivors of nuclear war in an area called The Citadel.

Joe rules with an iron fist, holding back life-saving water and keeping a harem of five wives against their will. The wives include Capable (Keough), Toast (Kravitz), Dag (Lee) and Cheedo (Eaton), but the partner Joe considers his most prized “possession” is the heavily pregnant Splendid (Huntington-Whitely).

Joe is desperate for more children to carry on his legacy, though he already has two sons in the form of the huge, violent Rictus (Nathan Jones) and disabled Corpus (Quentin Kenihan).

After one of Joe’s lieutenants, Imperator Furiosa (Theron), smuggles his wives out in the imposing War Rig, it triggers a massive chase through the wasteland, with Max strapped to the front of one of the hot rods as a blood donor for the terminally ill Nux (Hoult).

This is where the movie really kicks into high gear for street machiners, as we get to see all manner of insane vehicular contraptions blasting through the desert, some quite literally after being on the receiving end of some of Furiosa’s ordinance.

Max and Furiosa fight their way through hoards of ferals, War Boys, a bloke called the Bullet Farmer (Richard Farmer) driving a Valiant Charger on tracks, and plenty more. It is fast-paced, with stunning visuals and an epic soundtrack. Don't go into this thinking you’re getting a straitlaced car movie. You need to suspend disbelief and soak in the amazing visual details, the insane props and costumes, the mind-blowing stunts and killer storytelling. It’s a bit of a bummer that we only get to see a little of Max’s Interceptor on screen, but there are several times through this movie you can see George Miller wanting to start a new chapter away from the first three Mad Max films, and there are so many other utterly insane machines flying around it’s hard to dwell on one detail for too long. This is an epic movie.

Action:
Yep, there is 120 minutes’ worth of action, with chases, explosions, gun battles, dirt bikes, monster trucks, crazy Cadillac tankers and more. George Miller’s post-apocalyptic world bears down on Max and Furiosa and the movie is basically one huge car chase

Plot:
Max Rockatansky is captured by the War Boys under order of Immortan Joe, but he escapes and forms an uneasy alliance with Imperator Furiosa to help her smuggle Immortan’s five wives to safety

Cool flick fact:
After filming, over 120 tonnes of movie vehicles were crushed in Cape Town. They had been imported on a carnet de passage and were too expensive to bring back to Oz, so they had to be cubed!