With a little bit of inspiration from Mad Max, this all-Aussie XC Falcon looks right at home cruising highways in the US of A

IT’S no coincidence that this XC Falcon shares a few of the Mad Max Interceptor’s styling cues – the bloke that owns it, Grant Hodgson, has had a hand in building quite a few Interceptor replicas in partnership with Gordon Hayes over the years, many of which ended up overseas. 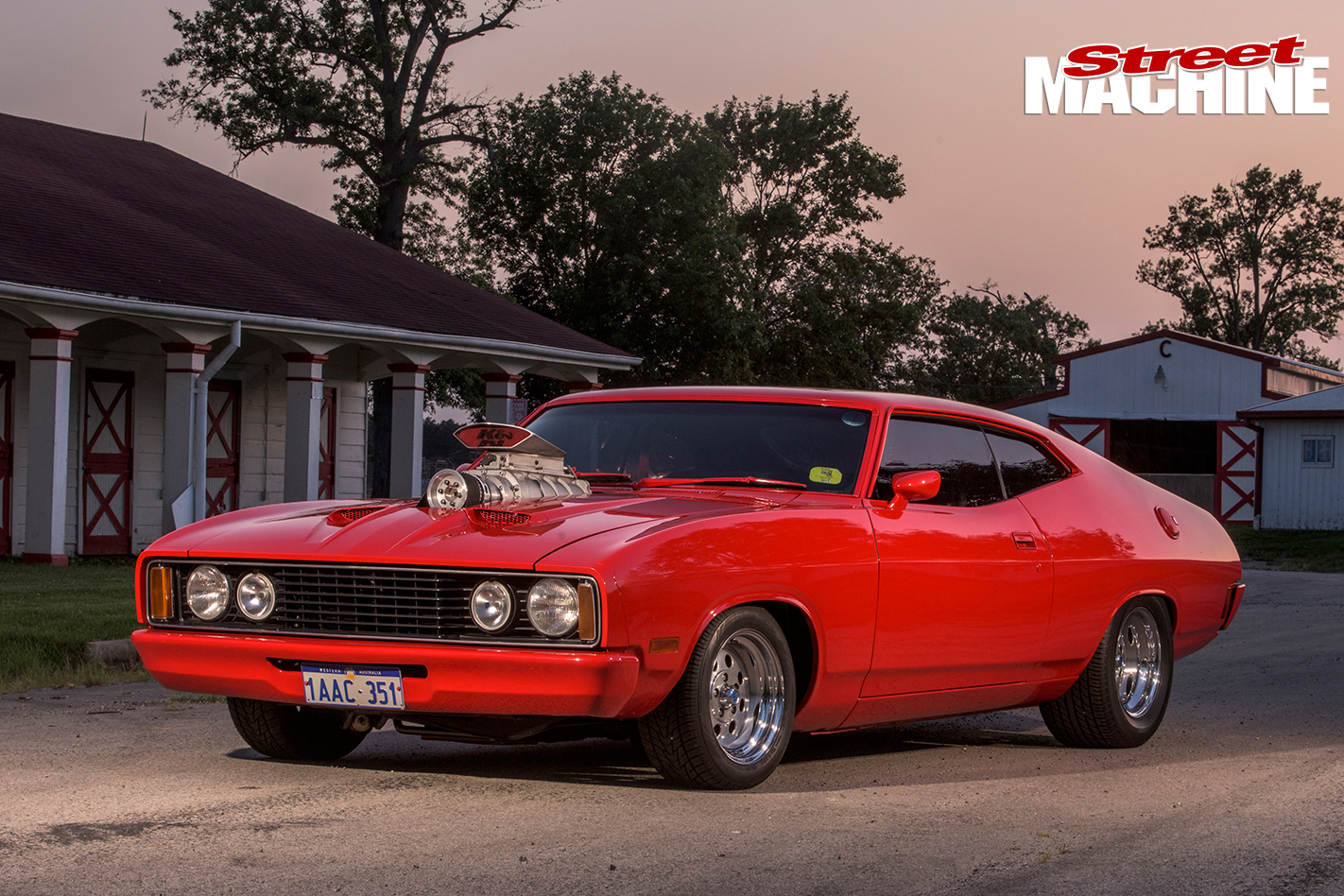 This one, though, is Grant’s personal ride, and even though it’s also overseas – the USA to be precise – it’s for a very good reason. He’s been having a great old time taking part in the Hot Rod Power Tour and the Street Machine Nationals in Du Quoin, Illinois. 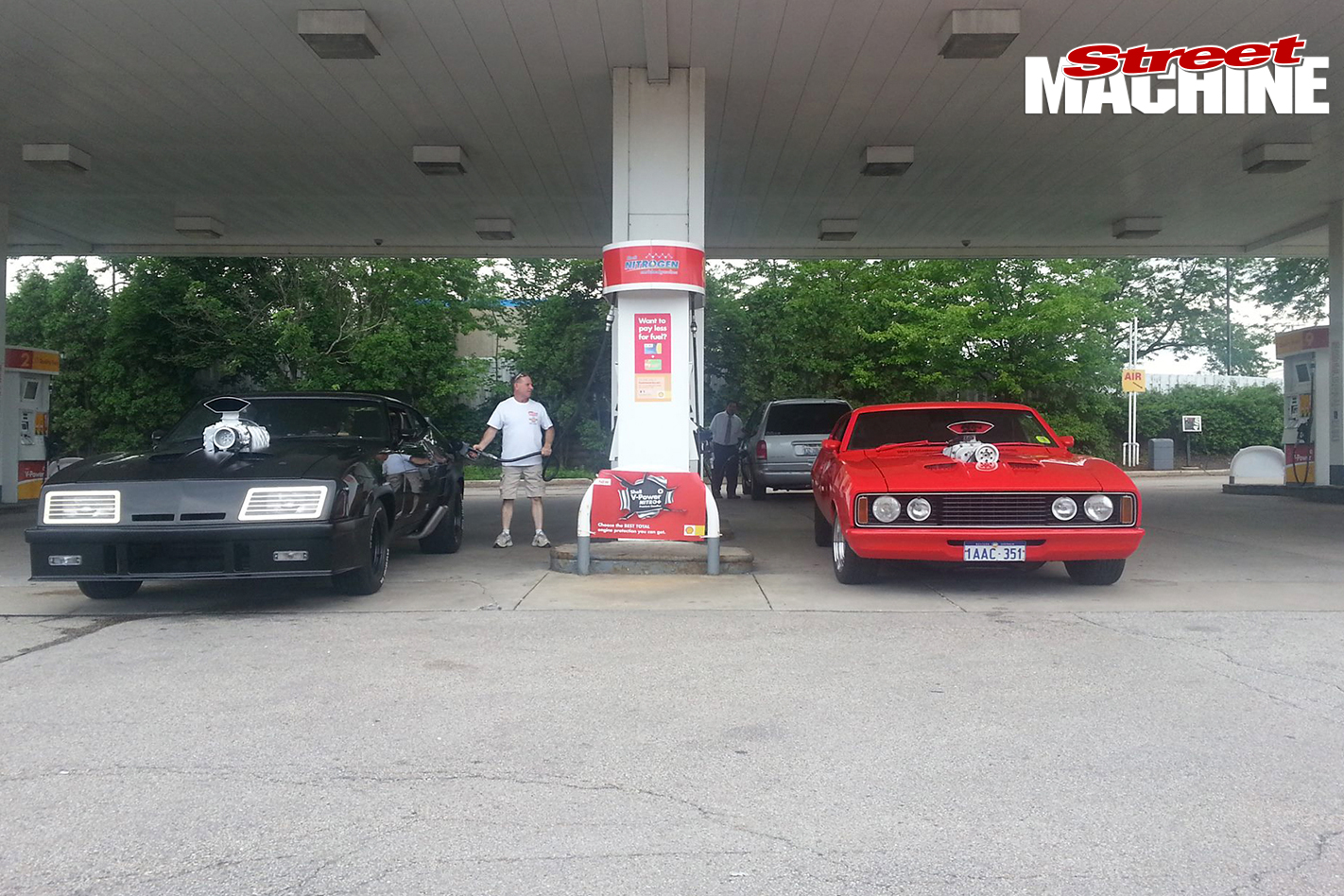 This isn’t the first time Grant has had a crack at the Power Tour. He moved to the US in 2005 and took the car with him: “I did the Street Machine Nationals in 2004 with Jim Martino with his cars [he owns a Mad Max replica and an XB GT coupe], then in 2005 I missed the Nationals and started the Power Tour, but the car failed after the first leg. We got it running again, but I moved back to Perth at the end of 2005. But I flatly refused to bring the car home until it had done something in the US.” 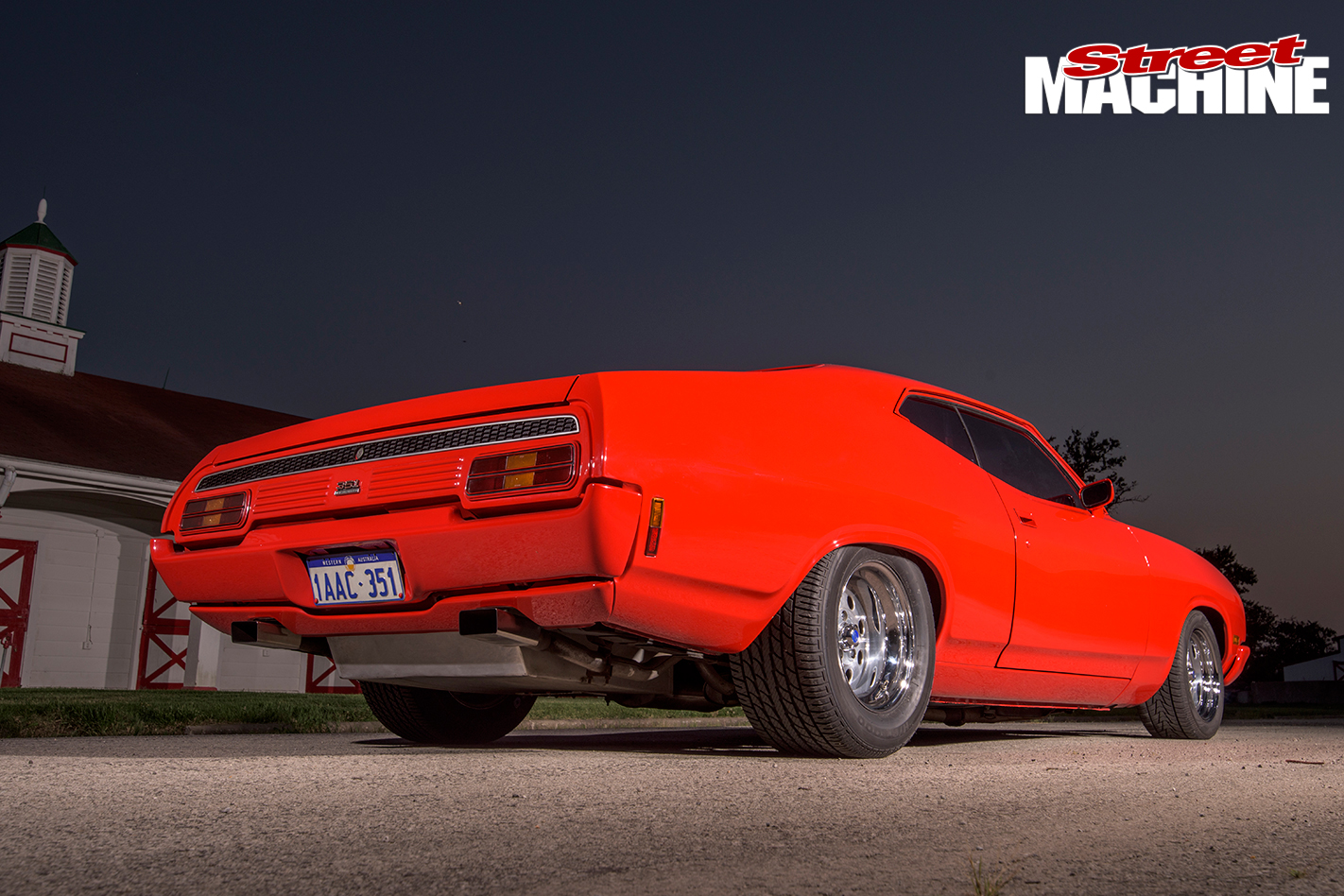 It took 10 long years, but Grant headed back in February of this year to assess the problems with the car and get it sorted. “We came back two weeks before the Power Tour, put new cylinder heads on it, wired up a new computer, got it dynotuned on the Friday and left for the Power Tour on the Sunday,” Grant says.

All up, with the two events, the car covered 5000 miles in three weeks and returned around 18mpg.

The EFI probably had something to do with that, but the XC also runs a set of 3.0 gears as well, so it’s set up for highway cruising. Don’t get me wrong though, it’s no slouch! 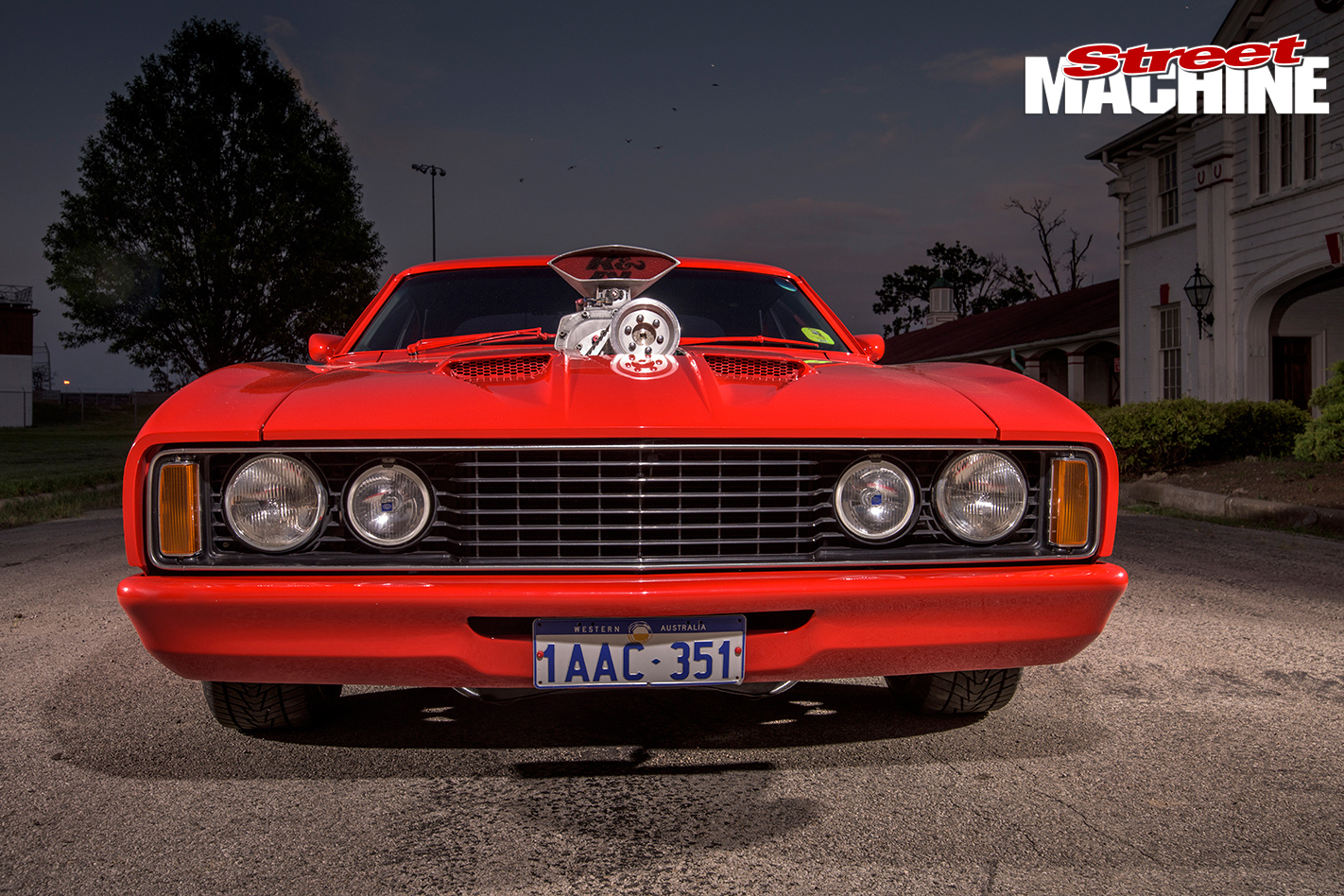 The standard-issue West Aussie plates can be translated as: One All-Aussie Cleveland 351

If the car looks like it’s come straight out of the 90s, well, that’s because it has. If the SAAS seats and steering wheel weren’t a clue, then velour trim and rectangular speakers on the doors are a pretty large hint. The piece de resistance though, is that giant stereo unit smack in the middle of the dashboard. When I mention it, Grant groans: “That was a mistake. In 1999 it was a good idea, now it’s a bad idea. It’s out of a BMW E39. Back then, installing anything out of a BMW into a not-BMW was just not done, because they’ve got so many control units. It’s a fully functioning navigational system, DVD player, the whole bit, and was out of a current-production BMW that was a $150,000 motor vehicle at the time. I used to work for BMW, so warranty parts were very handy.” In case you’re wondering, Grant did use it while on the Power Tour. Of course, these days you can do all that stuff on your phone! 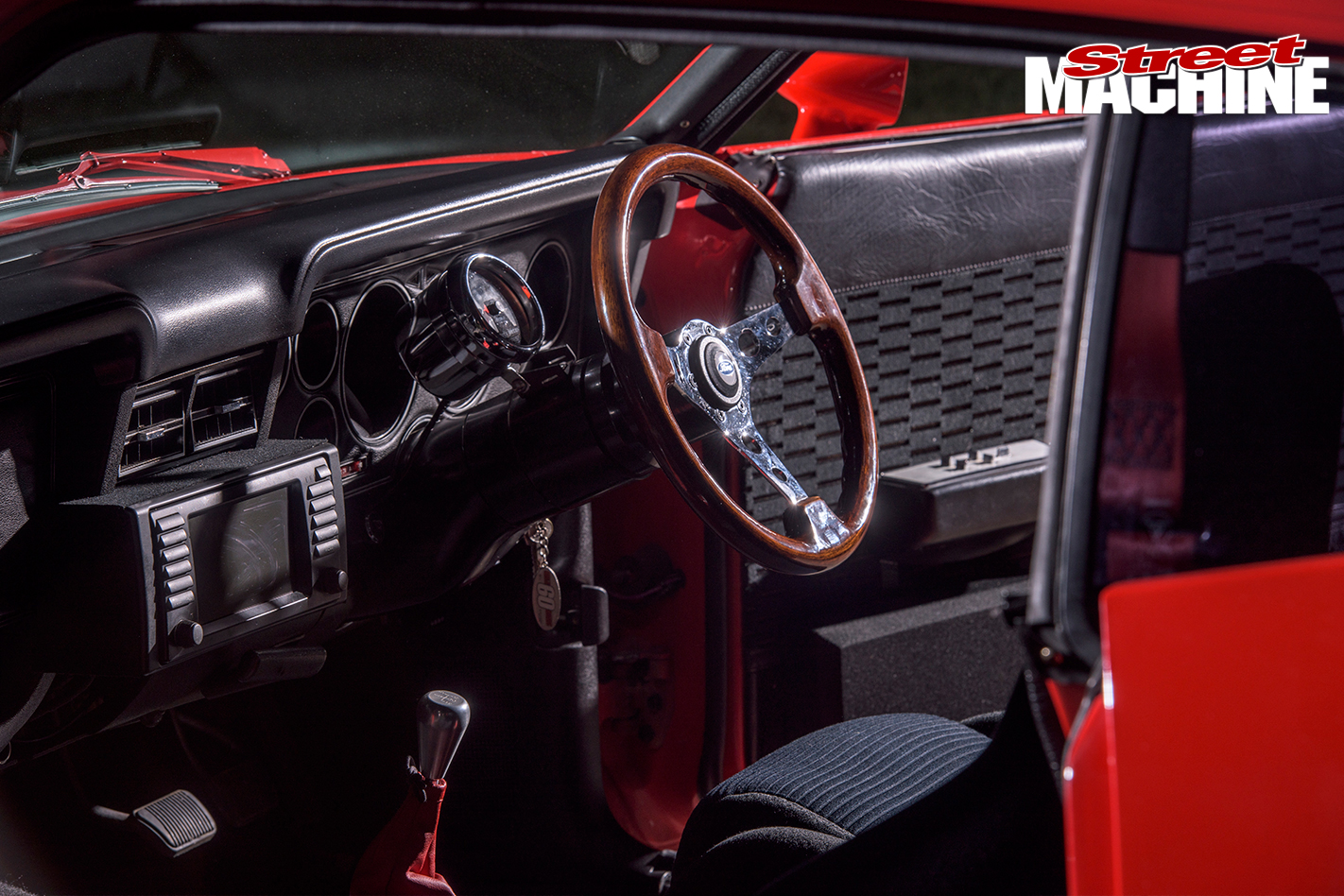 The interior is standard and basically straight out of the 90s which is when the car was first built. The screen in the middle houses a fully functional E39 BMW stereo/sat-nav system

As far as Grant can work out, the car was built around 1995 and had two or three owners before him. “I purchased it in 1999,” he says. “I only paid 12 grand for it, but that’s all they were worth. It had mechanical issues, so I fixed the engine up and got it back on the road with a 650 DP and a Weiand X-CELerator intake. But as you know, we build the Mad Max cars, so we thought we’d prove that you can get a genuine Scott hat to function with a proper blower, so that’s why I designed the system that’s on it. 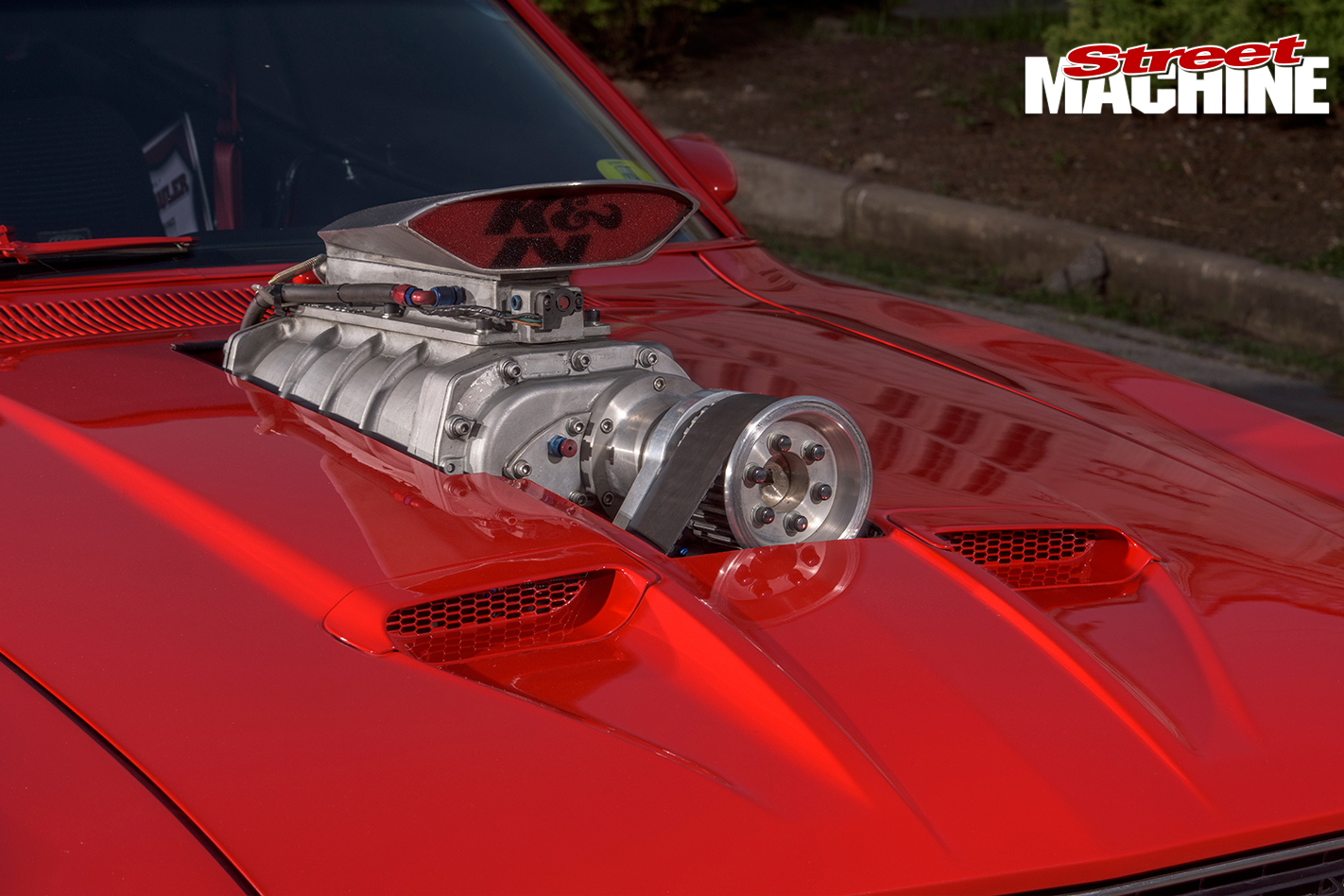 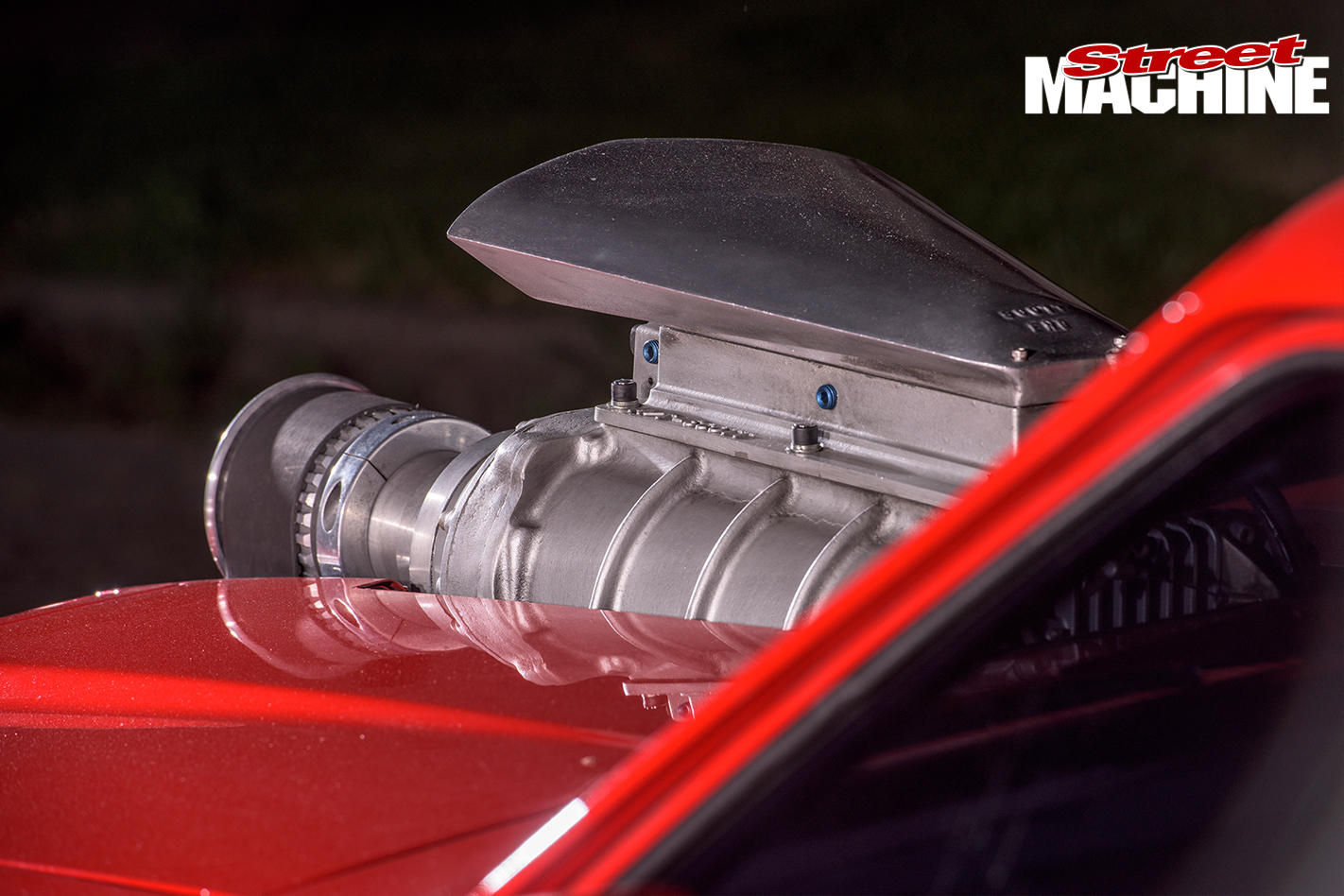 The 6/71 blower is a a GM unit that Grant says, "came off the side of a truck engine." The hat is a genuine Scott unit from the 60s that has been modified to suit the EFI

Unlike most port EFI set-ups, you’ll notice there aren’t any fuel rails running alongside the injectors.

That’s one of the things that in my opinion always looks out of place on an old-school engine that’s been retrofitted with EFI, and Grant came up with a very clever solution to tidy up the whole system: “There a half-inch bore all the way through the adapter plate on each side, so the fuel comes in the back, down one side and back out the other. 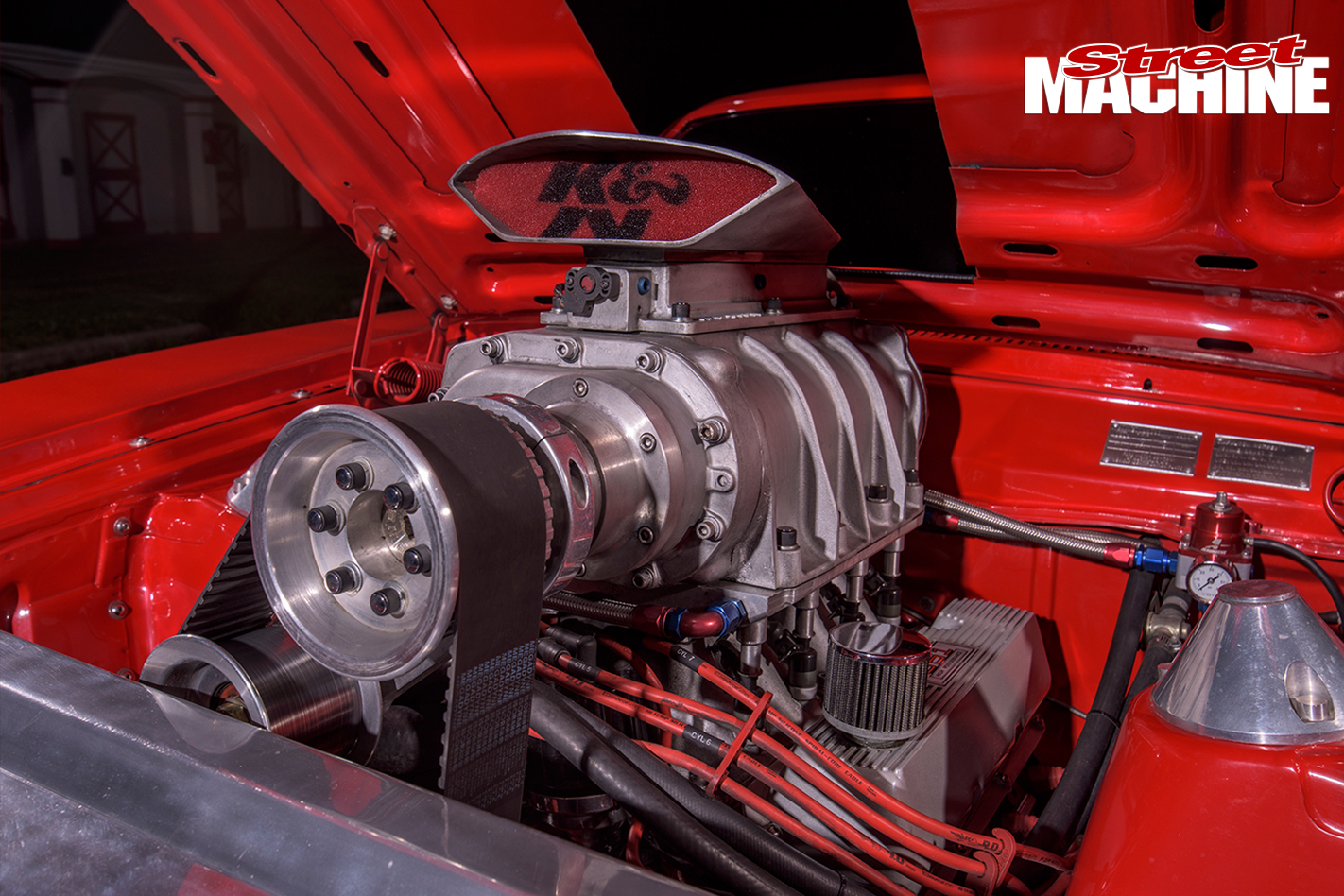 No fake blower trickery here, this thing is the real deal, with the added bonus of EFI

Backing up the motor is about the toughest factory four-speed money can buy; a bullnose Boss 429 Top Loader with the big input shaft and 31-spline output. “I paid around $2500 or $3000 for it back in ’99 because I’d already busted a couple of five-speeds and a normal Top Loader,” Grant says. “I’d shudder to think what that’s worth these days because there weren’t too many Boss 429s built. It’s the strongest Top Loader you will ever buy.” 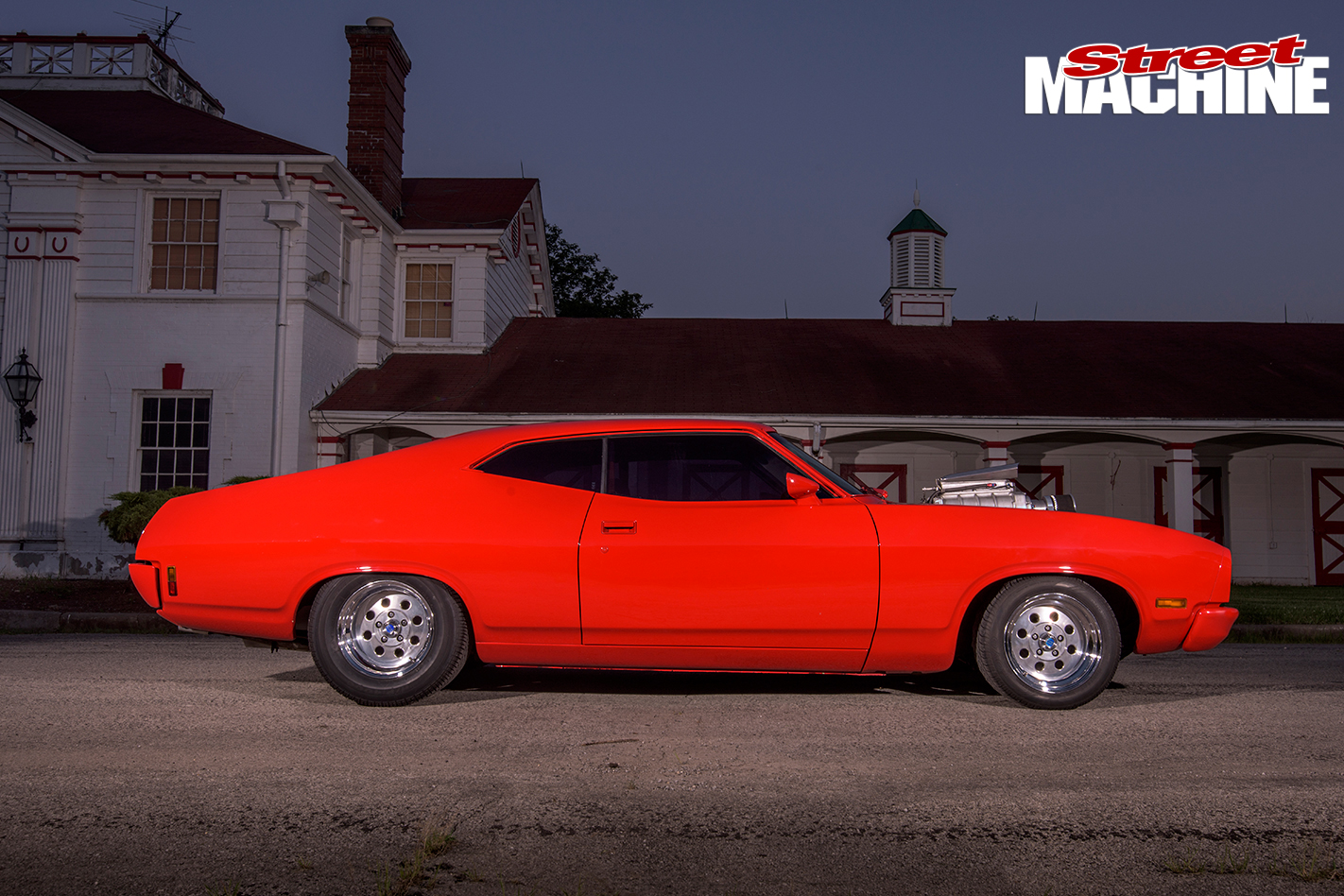 The XC's great stance, with the blower and Scott injector hat poking out of the bonnet

It’s a bucket list item for me to ship my car to the US and take in a bunch of events, so it’s fair to say Grant is living the dream. The fact he can cruise around in a car with a blower hanging out of the bonnet and not get hassled makes all of the effort worthwhile. “I don’t know how many police we’ve driven past, but all you get is a thumbs-up. As long as you’re not spinning the wheels, they just look at the car and smile,” he says. “We went to Beale Street in Memphis and when we came out, the cops had parked their car nose first into it. It was basically a warning to anyone – keep away. No one was going to go near it, that’s for sure.” 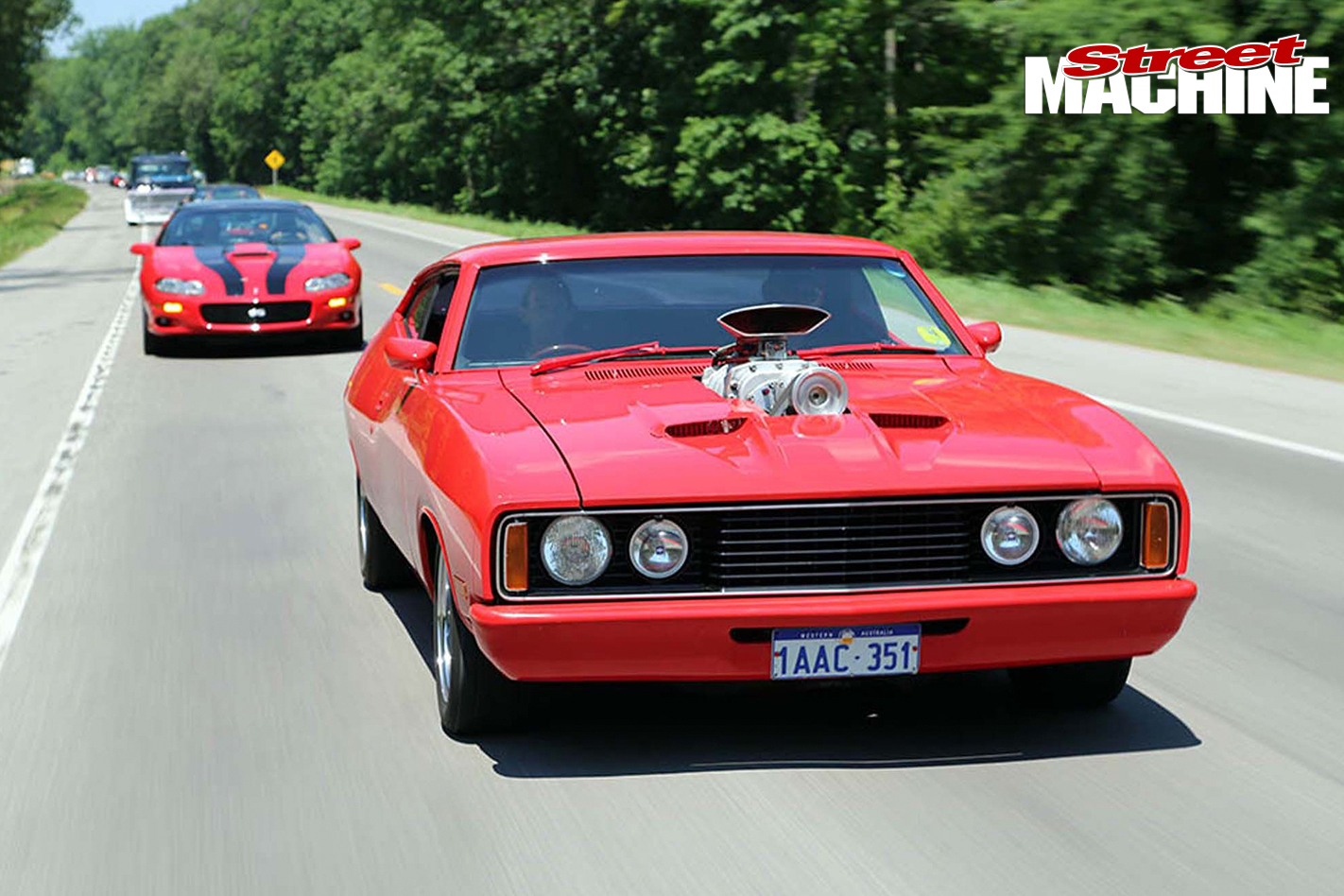 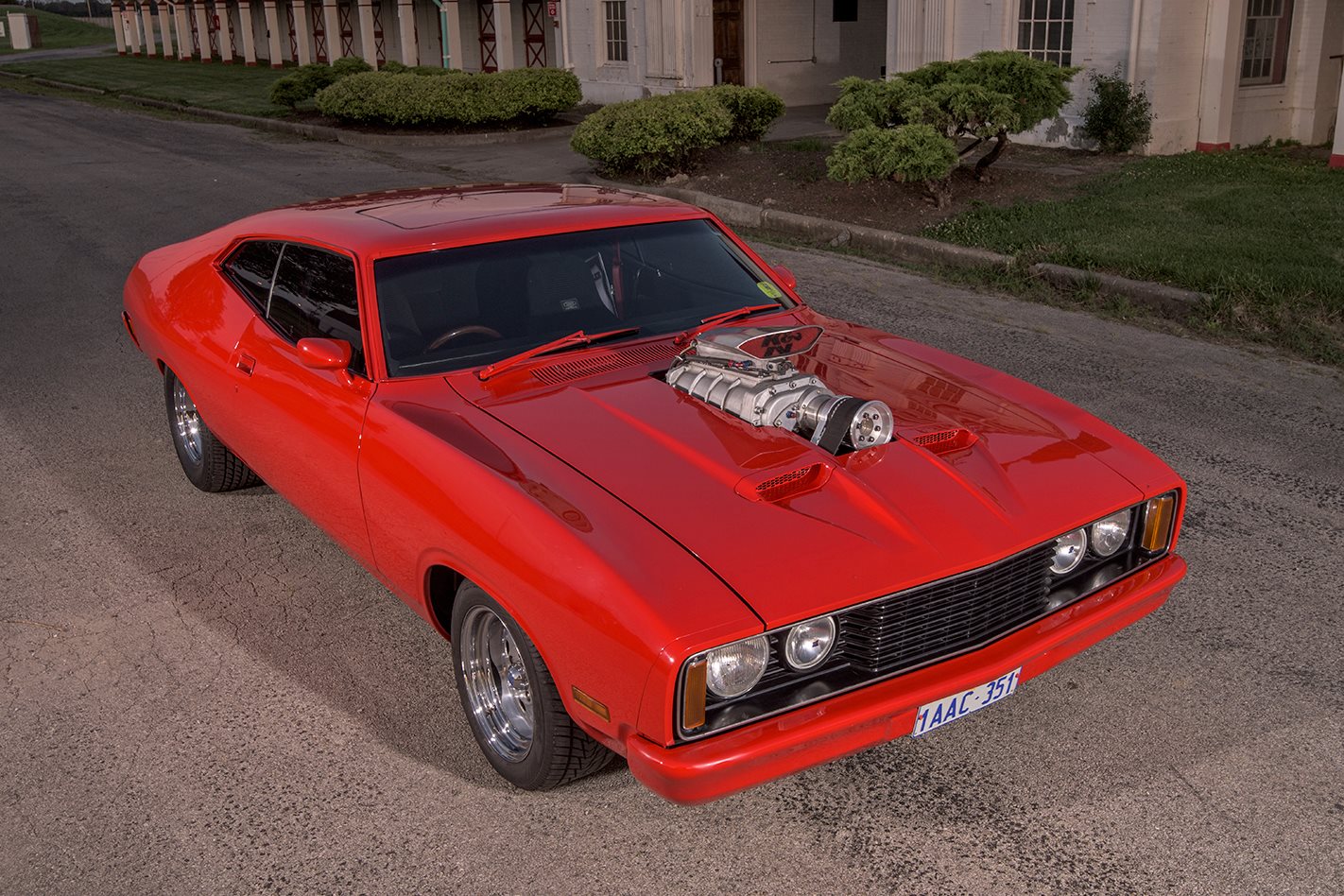 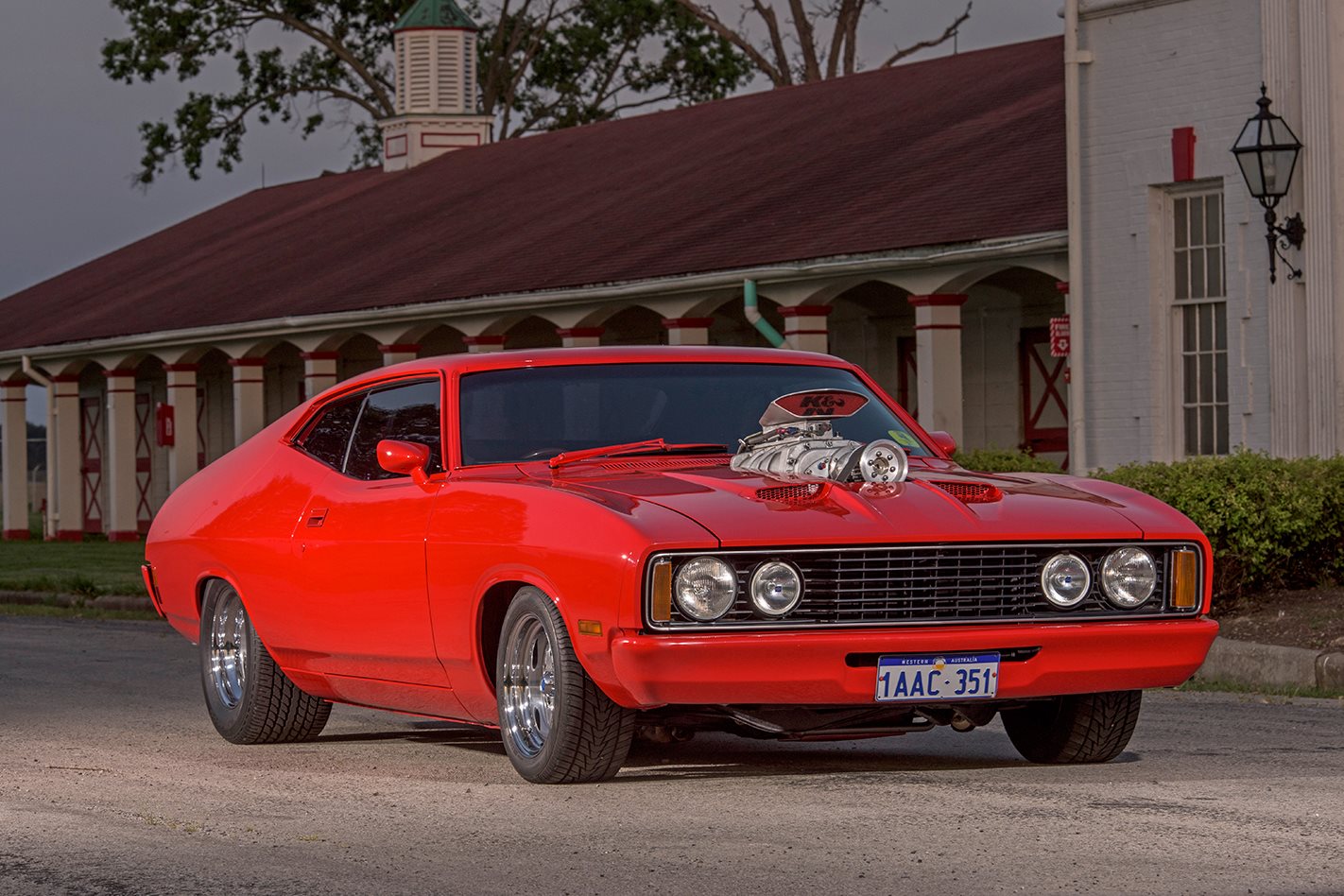 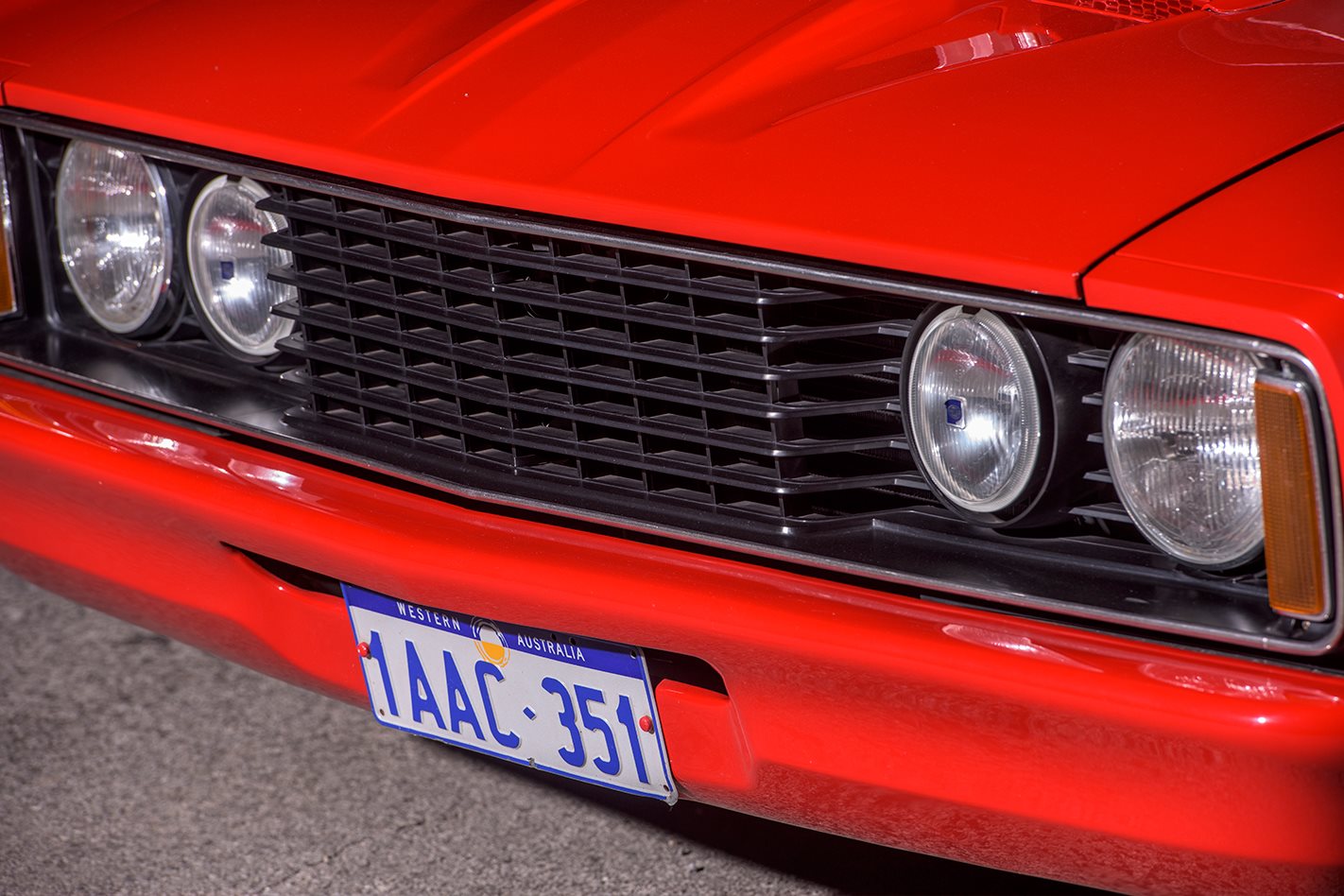 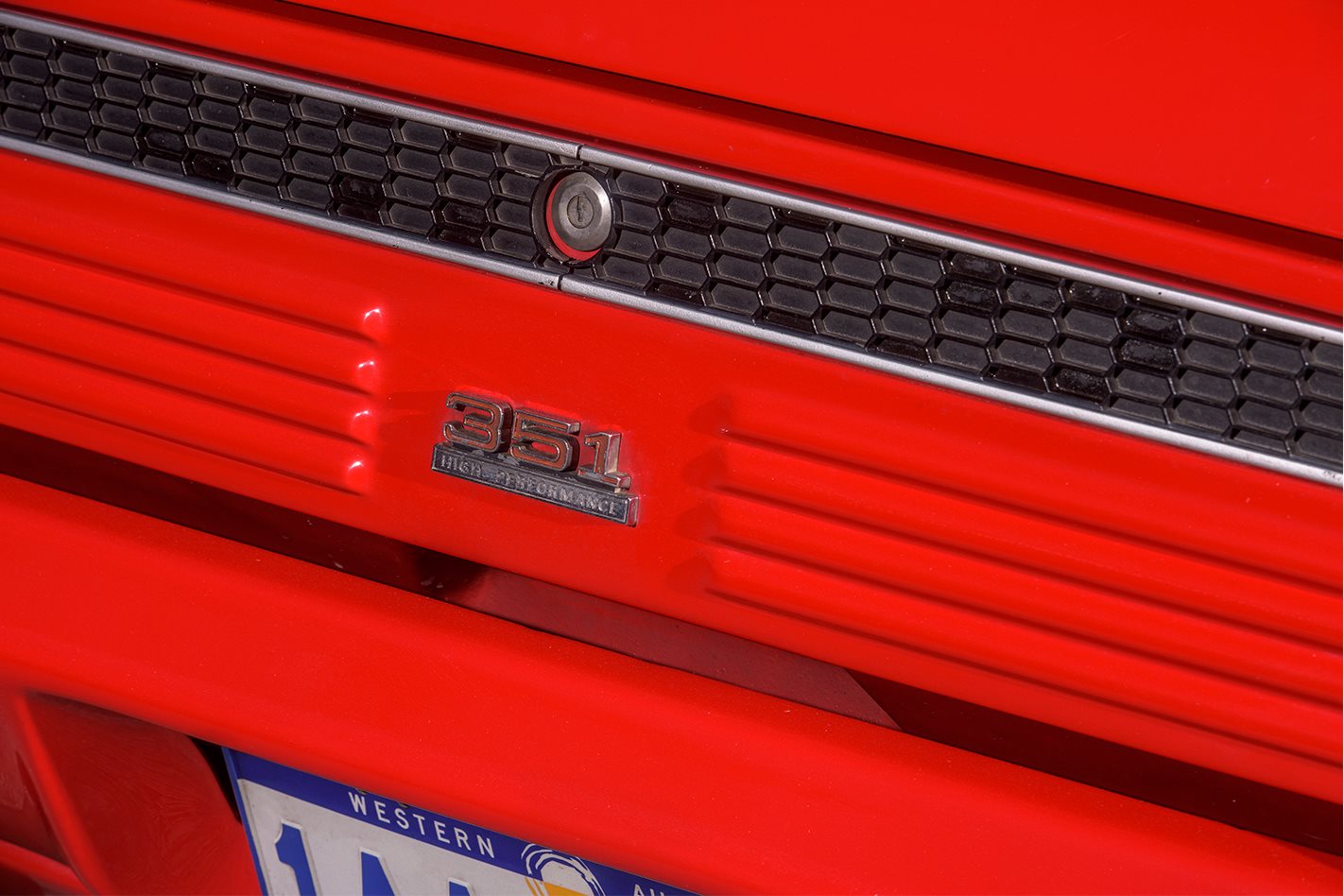 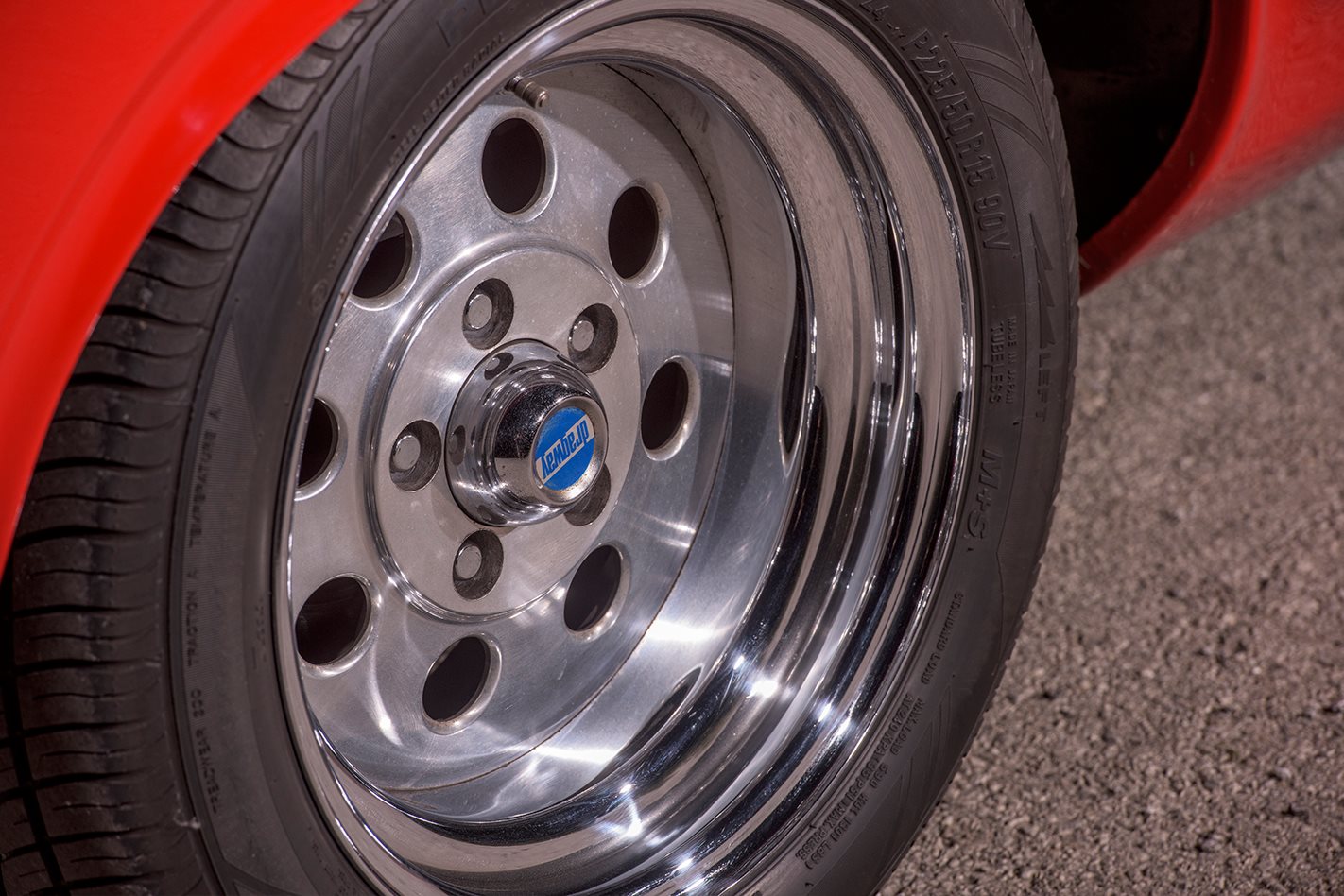 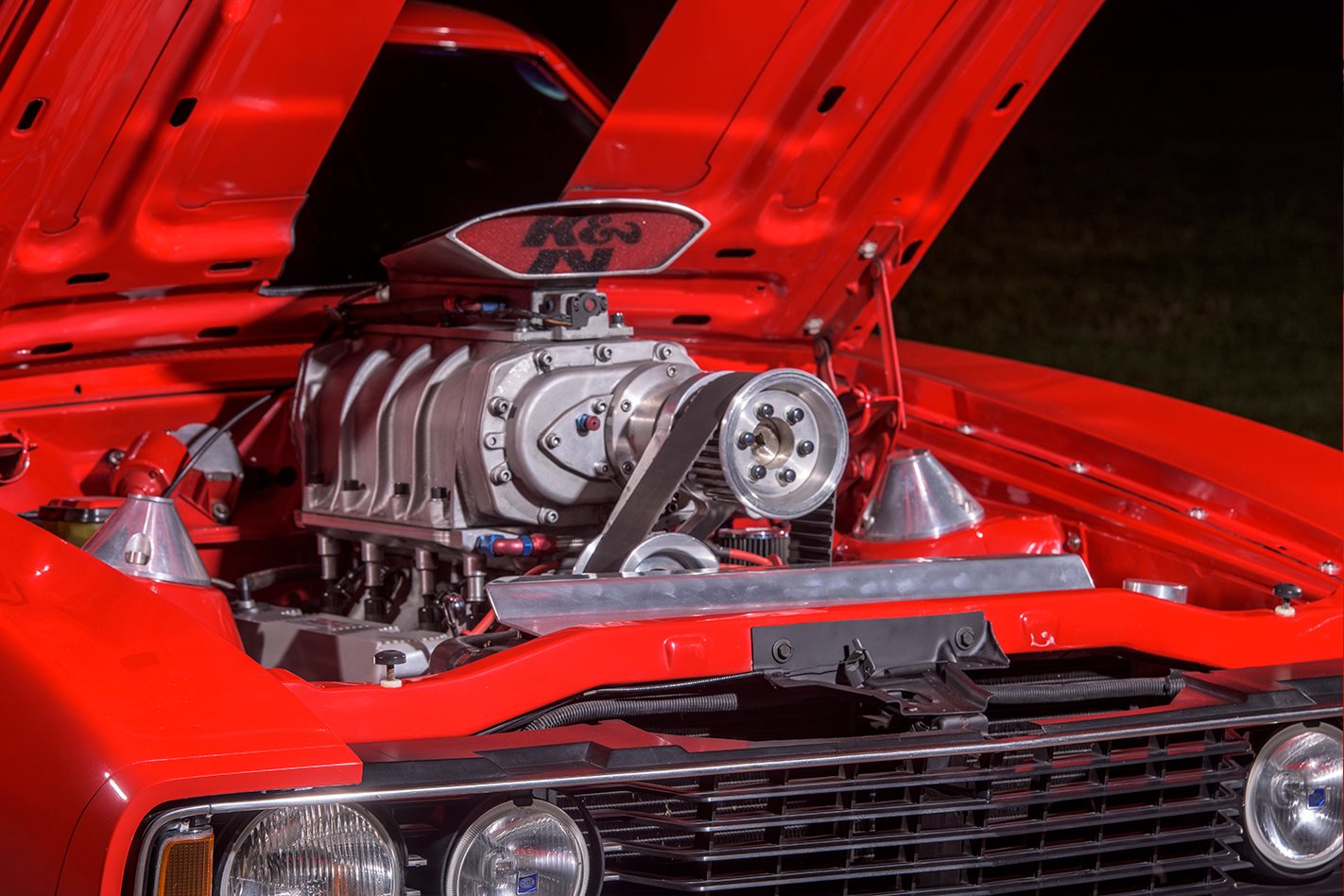 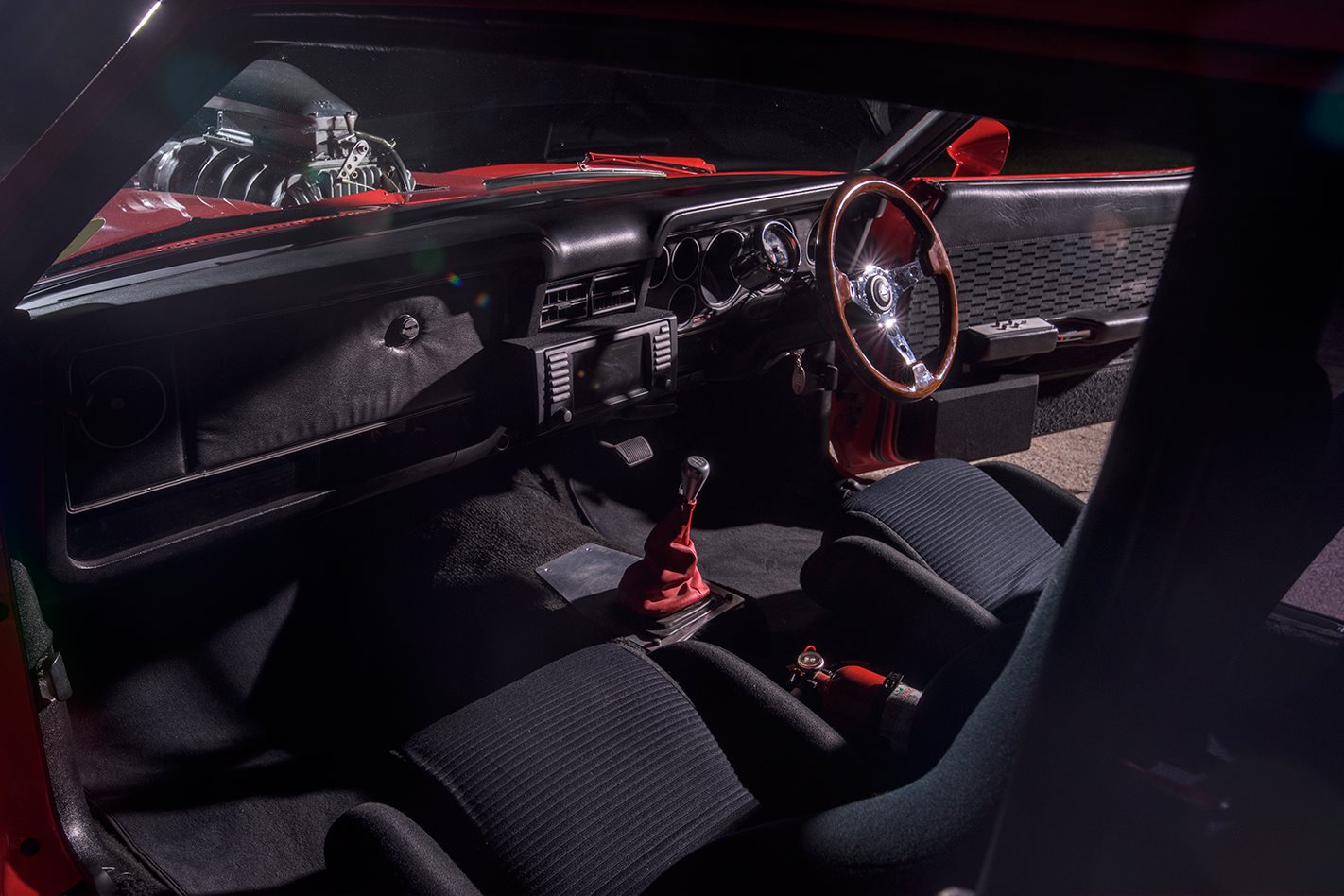 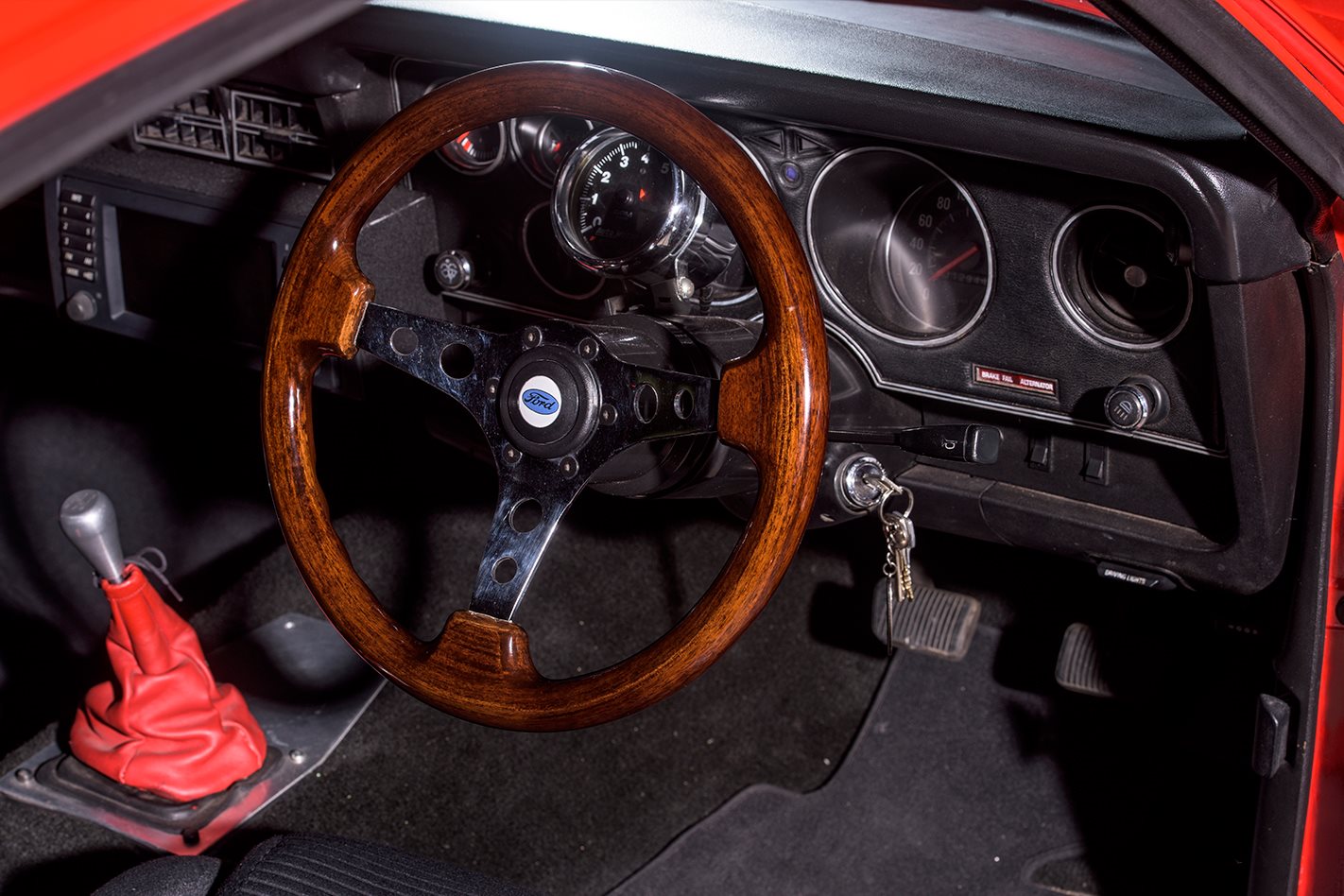 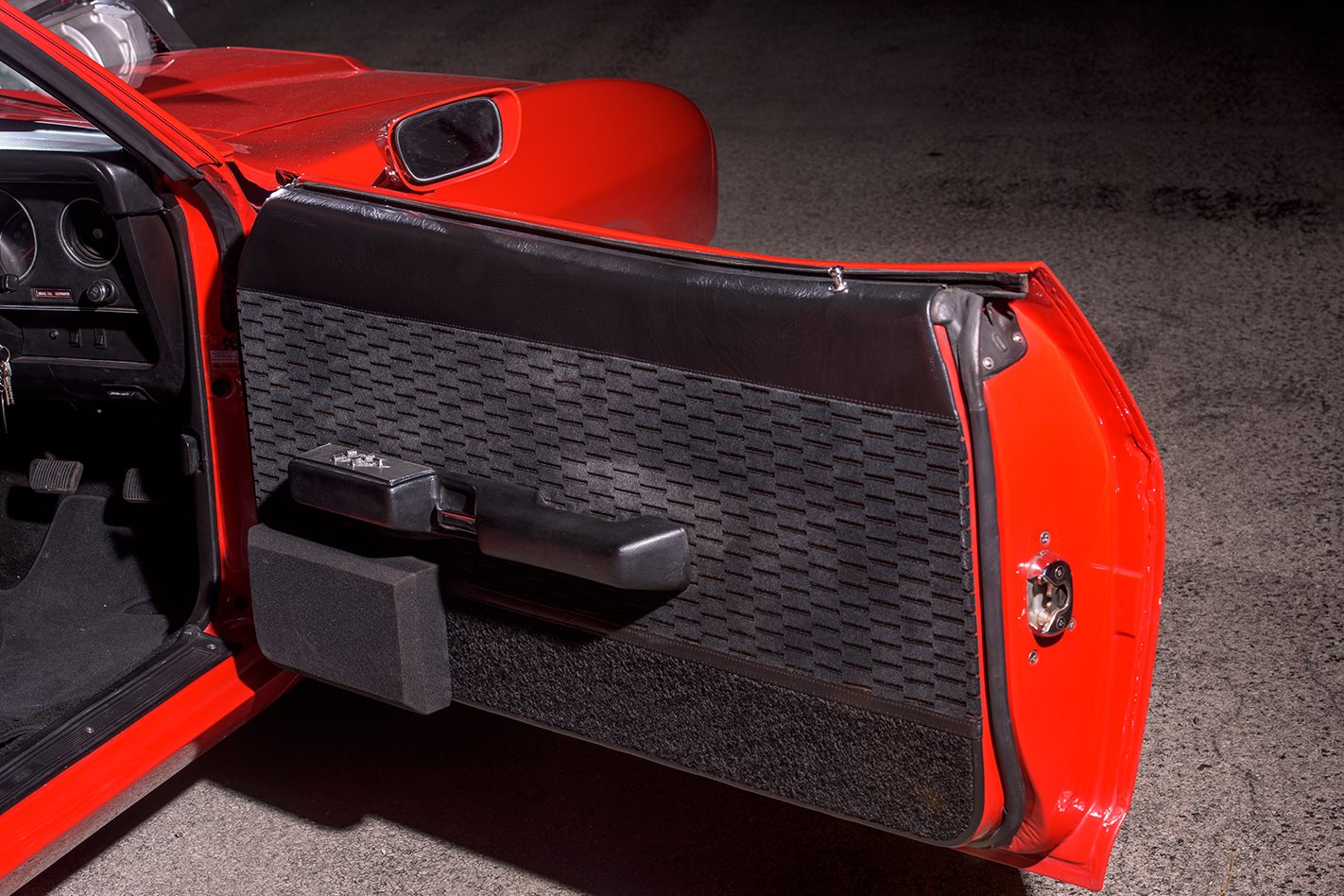 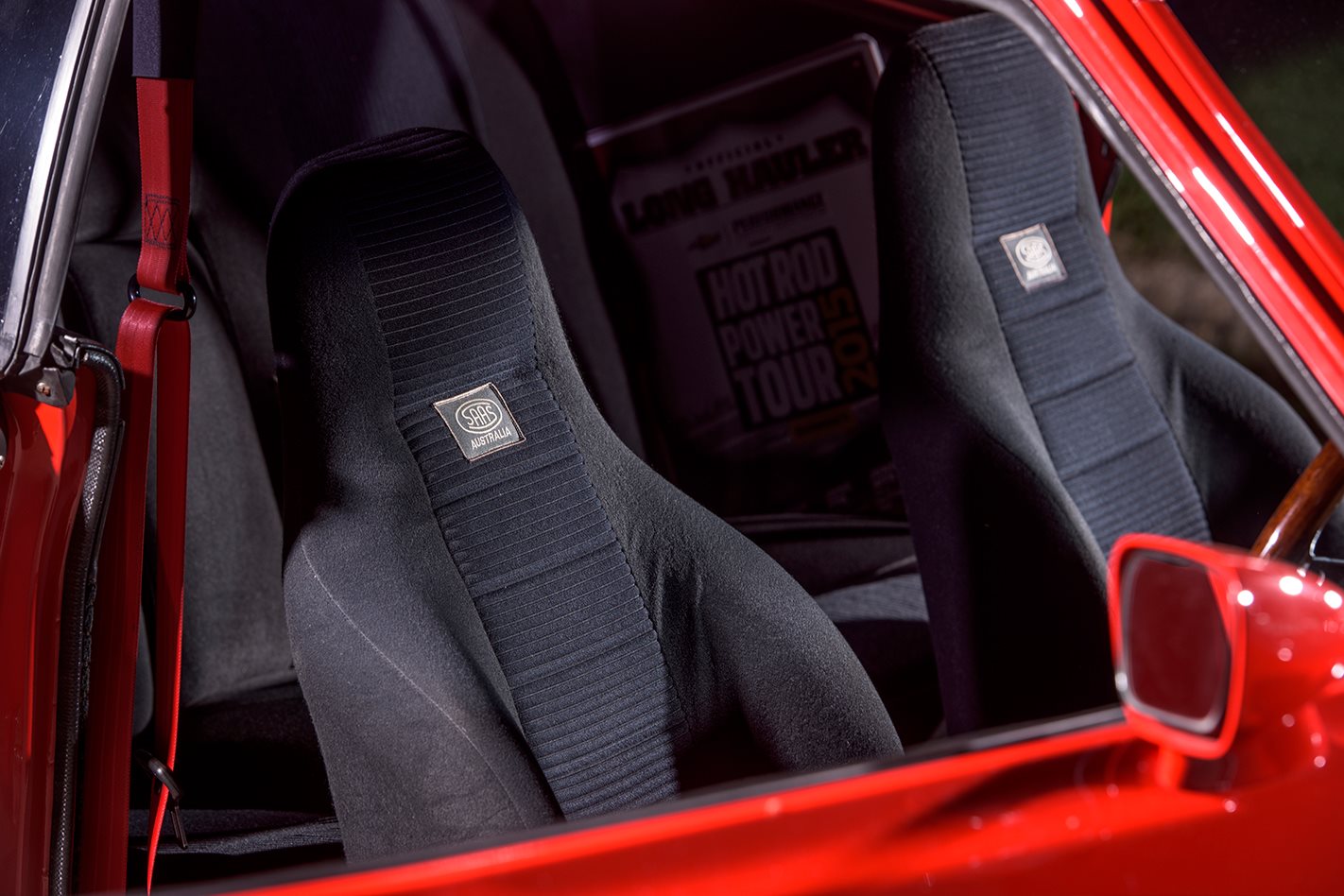 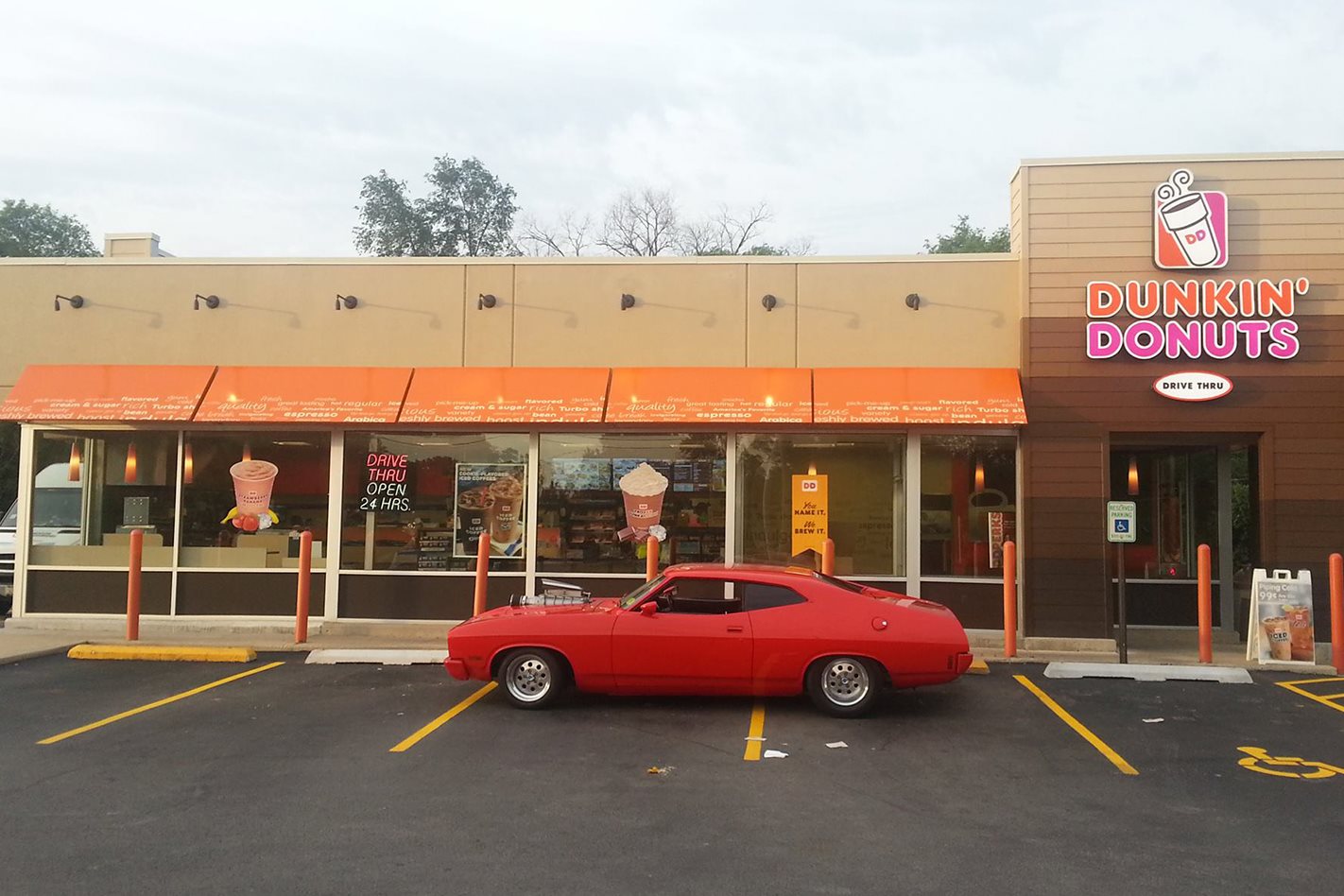