Mardi Knight bought her VG Valiant 11 years ago and now that it's fitted with a new 265 built last year, she's hoping to get back on the track very soon

AUSSIE Chryslers built a reputation through the 1960s and 70s as tough machines that go like stink, particularly with the big 265ci Hemi six under their bonnets. While they had a stigma through the 80s and early 90s, the big Pacers, Chargers, Regals and VIPs are coming into their own, but this isn’t news to Bathurst’s Mardi Knight. 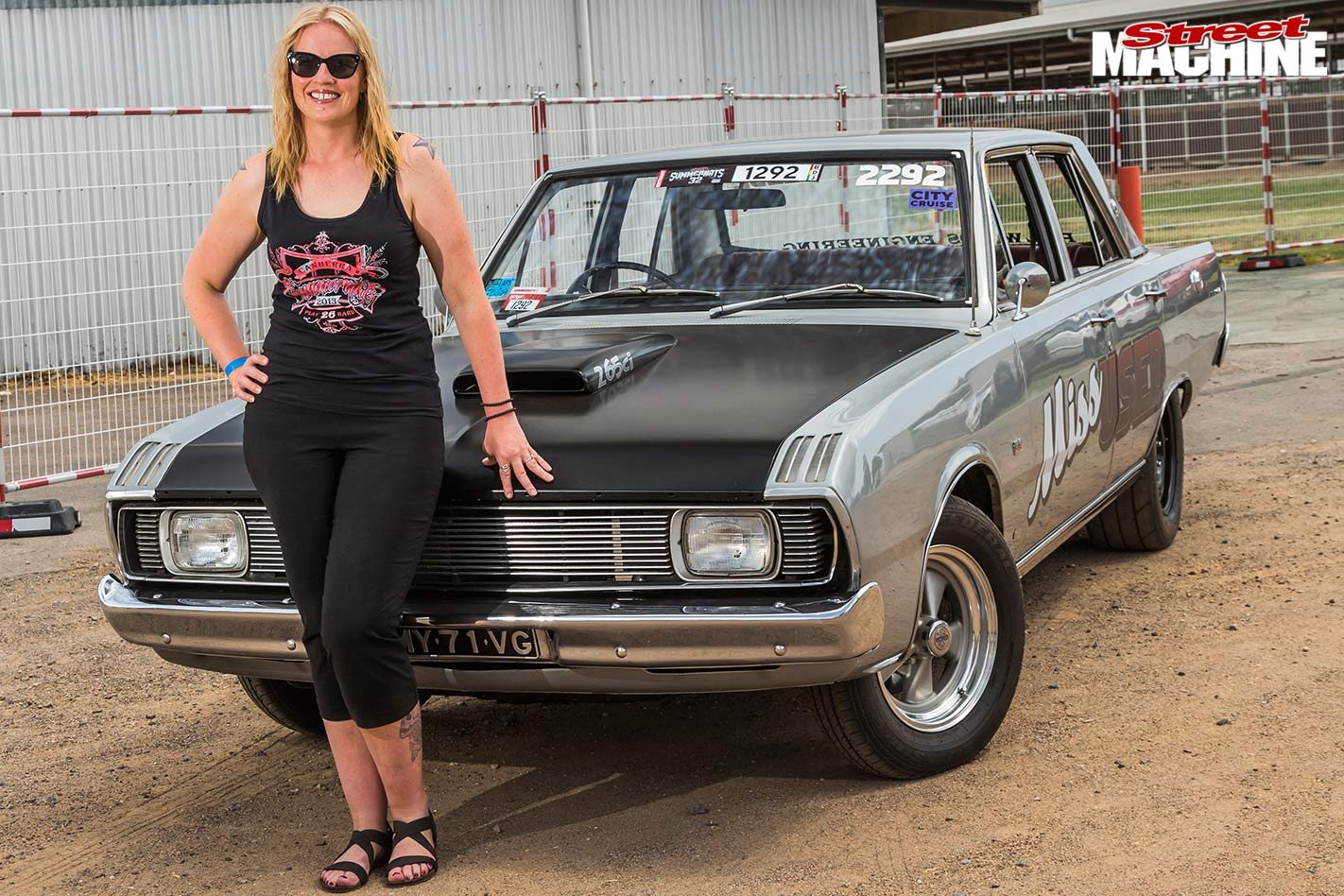 How did you get into Mopars?

I got into Chryslers as a friend of mine had a Valiant that we cruised around in and I liked that. I bought a VE wagon from Wollongong first as I wanted something a bit different; everyone had a Holden or Ford!

How did you get onto the more-door?

I’ve had this sedan for 11 years. I saw it come up for sale in South Australia so I bought it sight-unseen and had it sent over on a tilt-tray. I had another Valiant at the time, which I still have. Actually, I had about five Valiants all at one time. 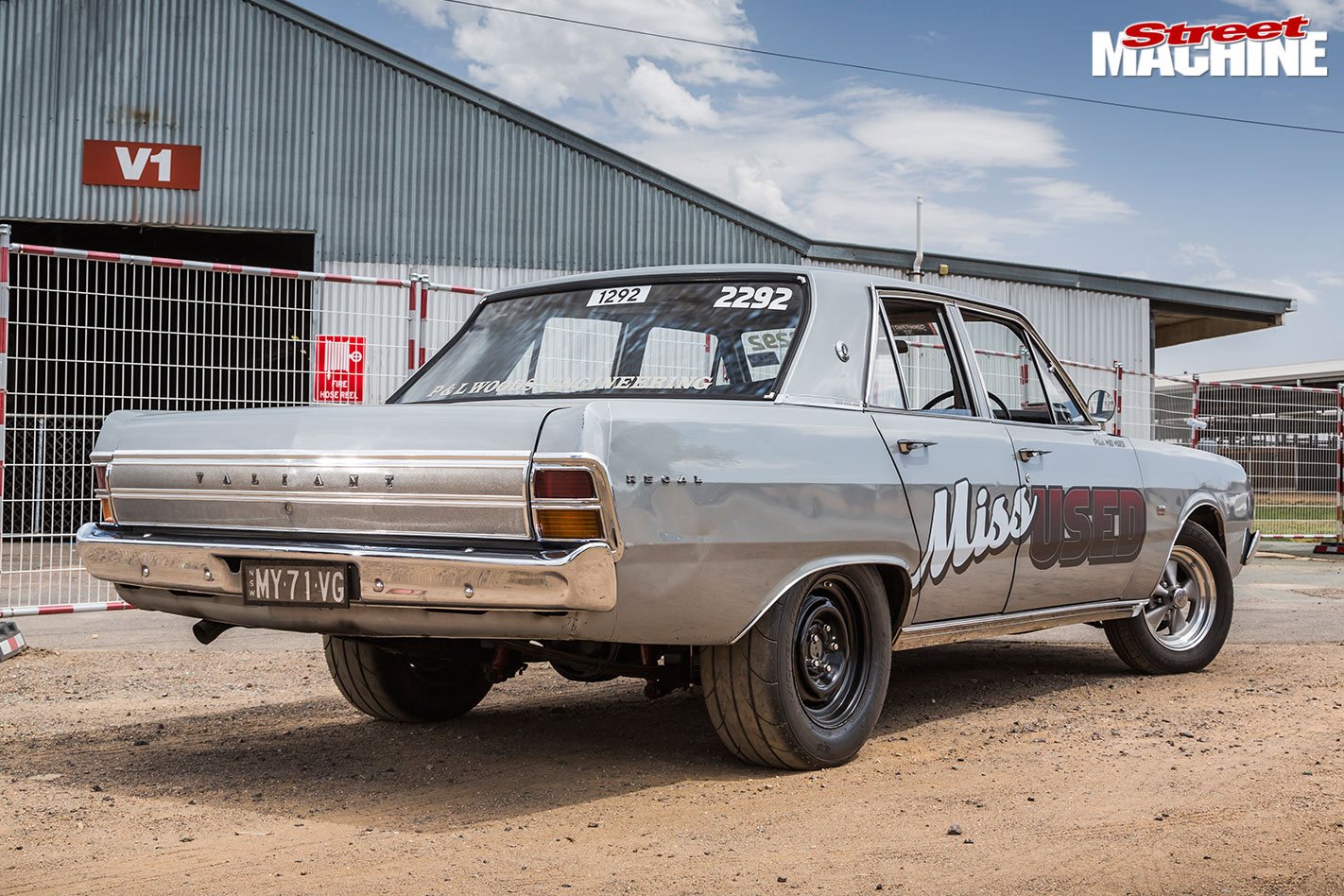 So it’s been a long journey with this Val?

I took the sedan to my licence test and the instructor asked how fast I was going because he didn’t know miles per hour! It was pretty original, but then a friend invited me along to a street meet and I got hooked. I did a couple of quick things like a carby, cam and a stall converter, then I really got the bug and I had a 265 built with a C4 auto, nine-inch, and then the nitrous kit went on.

I guess you must have done plenty of laps in it at the track over the years?

I’ve done over 300 passes in it so far. My PB on that motor was 12.2, but on my way to Summernats last year it dropped a valve and destroyed the motor. The new 265 took most of last year to be built, but we made it to the ’Nats this year. It hasn’t been back on the dyno, but I’m hoping to race it in the next couple of months. 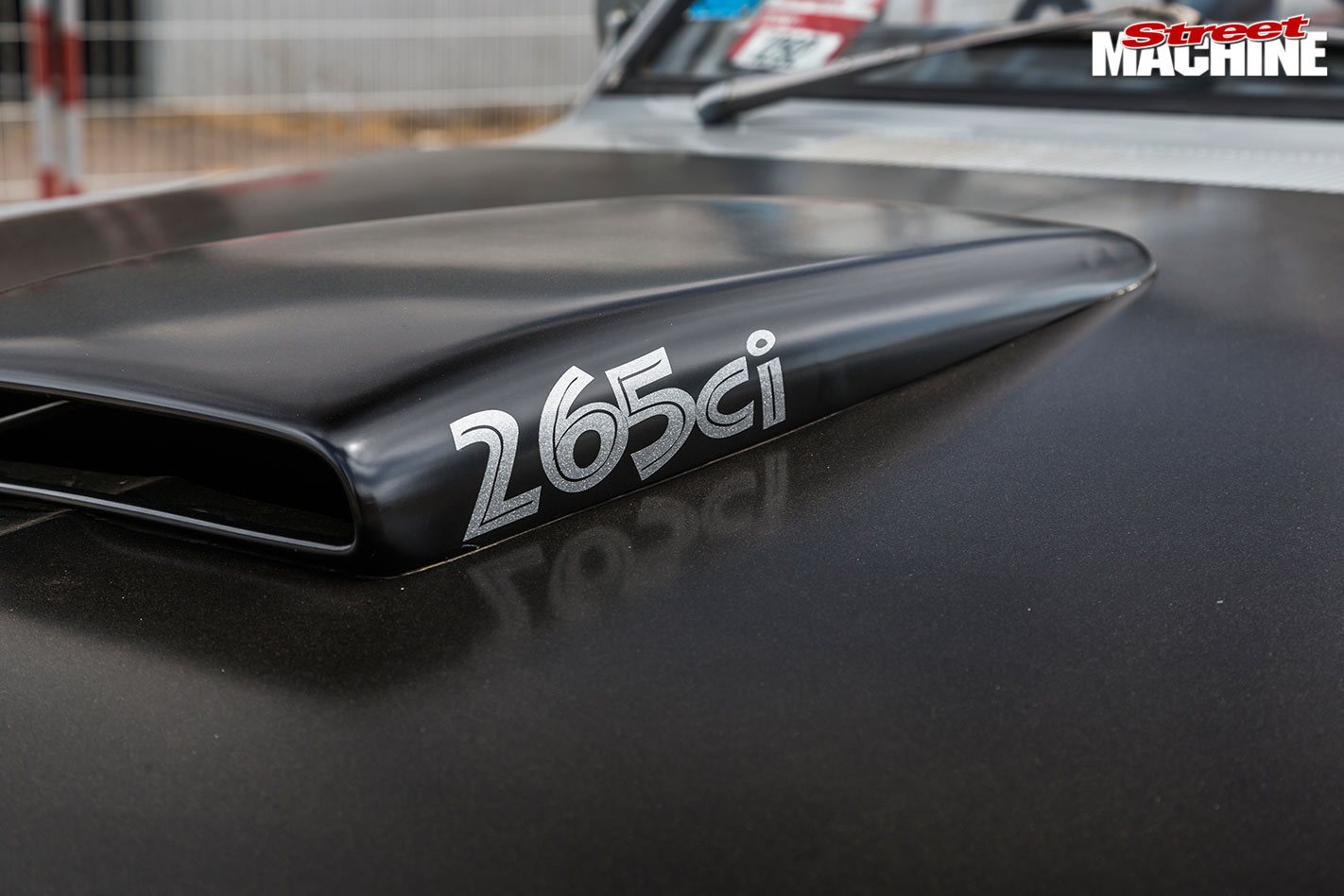 Do you still take it out, or is it mostly just used for track work now?

I still get it out when I can, but my daily driver is a ’62 EK wagon, and then I’ve got my other Valiant, Blackie the wagon, which I cruise around in, plus my partner has other cars. We have cars from the 50s, 60s, and 70s – anything old and chrome-bumper is what we love. We do a lot of custom car events like Mud Run, Boogaloo and Chopped. We love gassers, 60s stuff, and where people think outside the box and do something different. 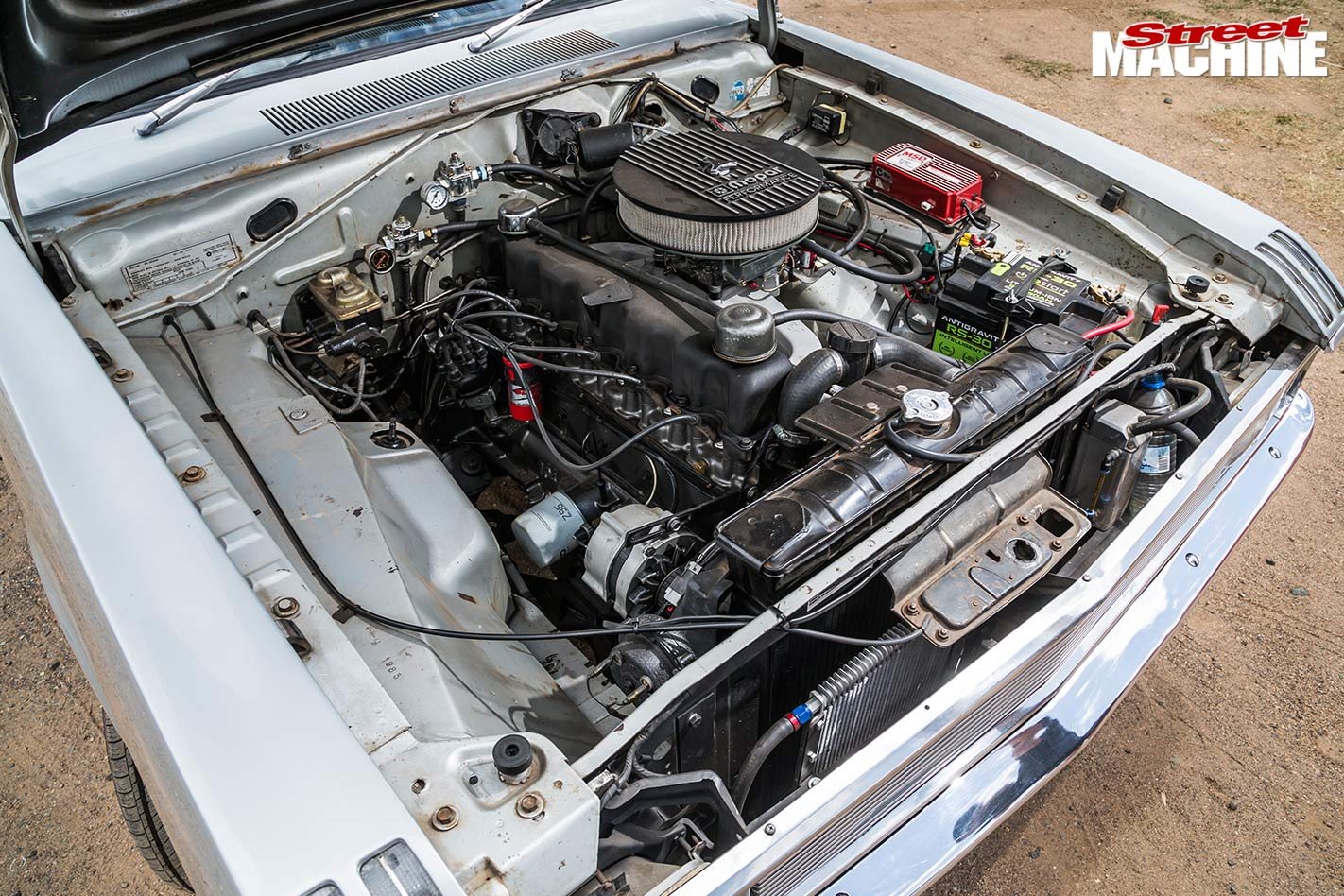 What’s next for the Val?

I want to get everything right and consistent. The last time I ran it back in December the nitrous system let go. Plus, I would like to put a whole new exhaust system on it that flows better. 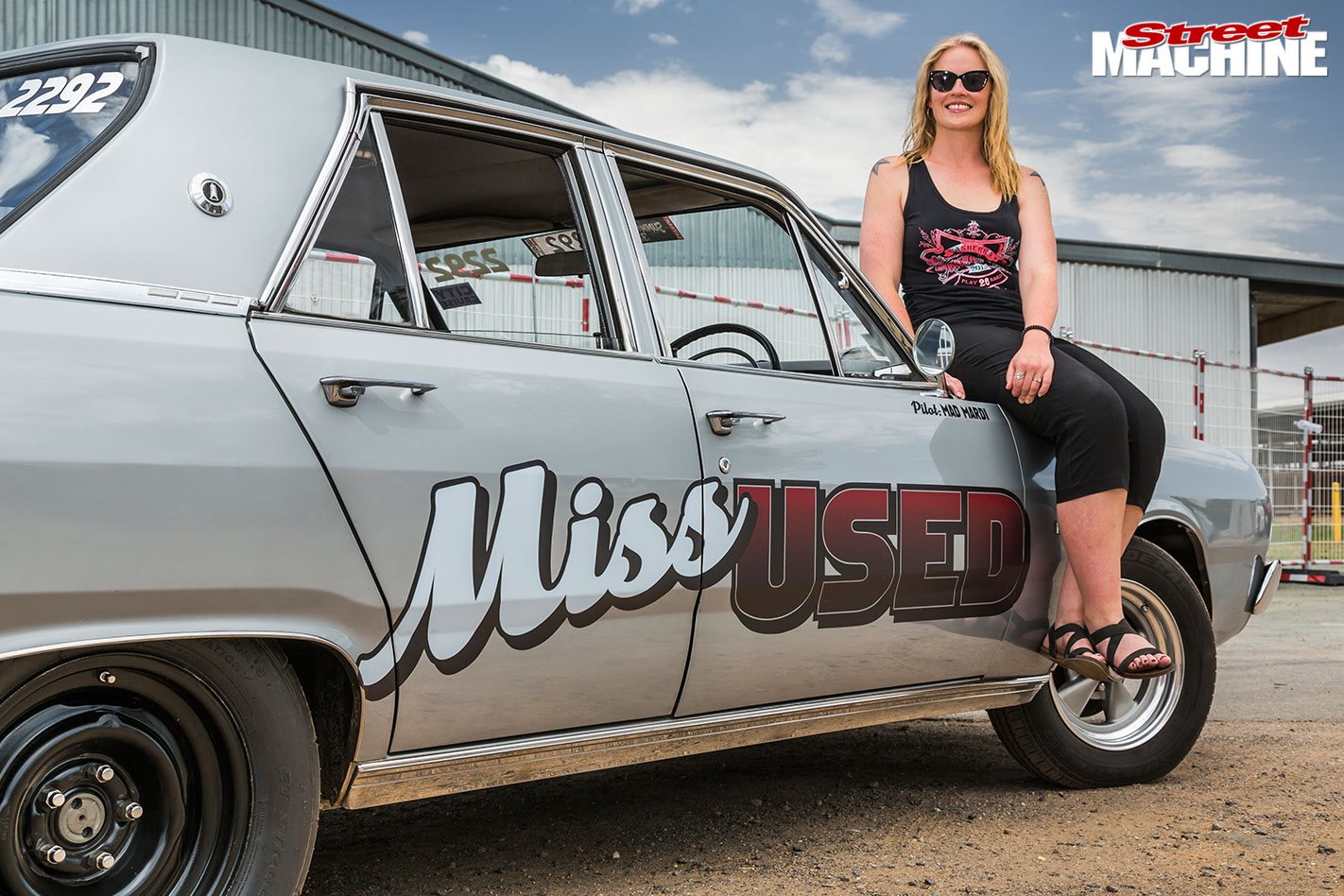 Given the fleet at home, if you had to keep just one, which one would that be?

I would have to say Blackie, my VF Valiant, is the one I’d keep. I got it for $450 just for trim I needed for my coupe I had, but it was so clean I had to keep it. I had to find a motor and I helped put the motor in, so it is very sentimental to me.