IF YOU stuck around for the credits on Mad Max: Fury Road, you might have noticed one in particular: ‘Head Panel Maker/Foreman: Mark Natoli’. An Aussie who has spent his life around cars, Mark is a metal magician whose skills were honed at TAFE and put to the test in the serious business of silver-screen make-believe. We visited his HQ in Sydney, Natoli Panel Creations, to find out more. 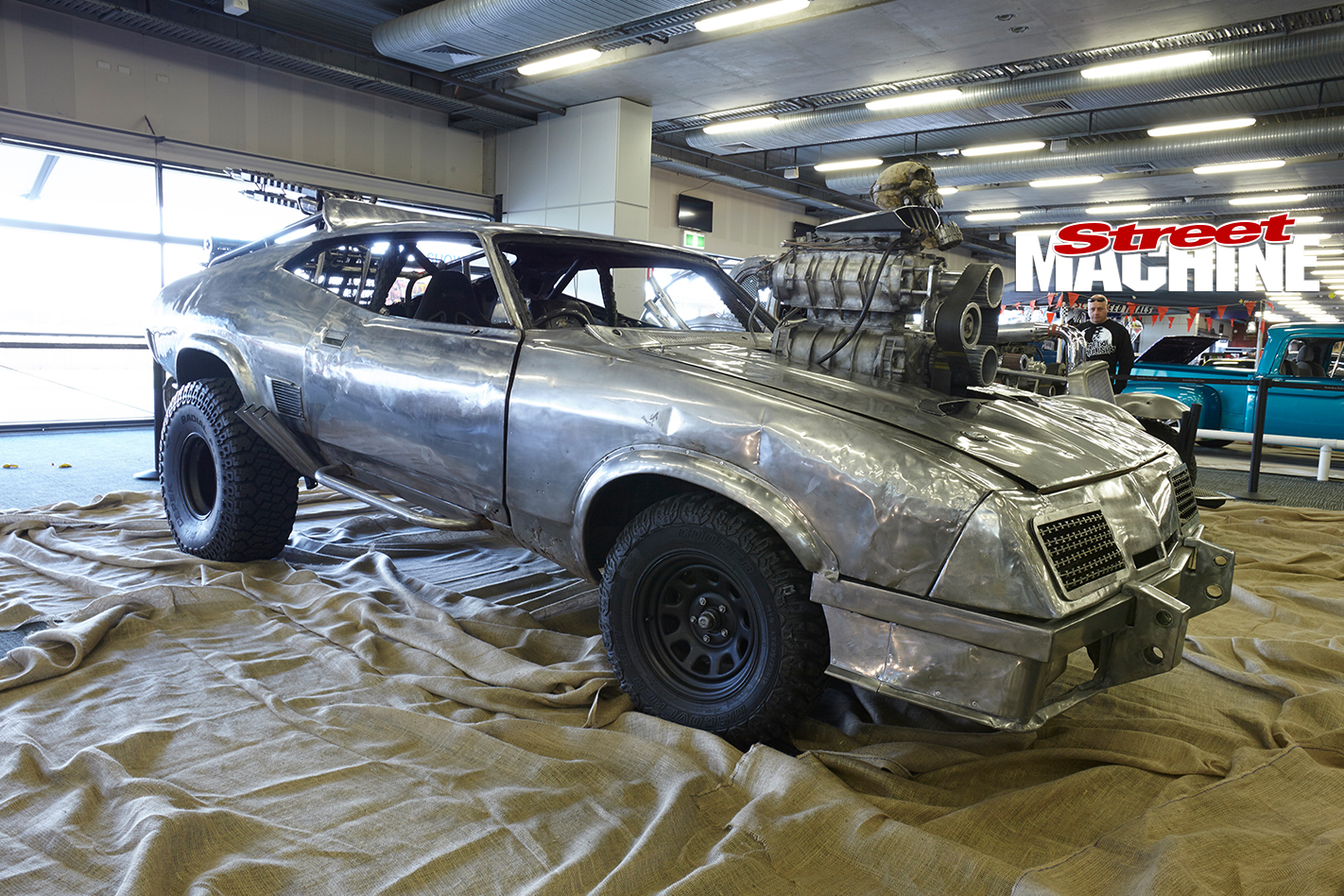 How did it all start for you?

I began my working life in the motor trade in 1975, as a 15-year-old apprentice mechanic at Nash Holden in Lakemba in Sydney. I progressed to the paint shop, so I learnt that trade as well.

Eventually I left the day-to-day grind of the workshop to buy a lawn-mowing business with my brother Paul, which allowed me the time to do further study at TAFE. I honed my skills and learnt advanced metalcraft, fibreglass techniques, as well as trimming, vintage restoration and reinforced plastic fabrication. That’s how I picked up my third trade in panel beating.

Around 1989 my wife Karyn and I set up shop as Vintage Panel Craft, making the parts needed to keep old vehicles alive. We fabricated panels for vintage and classic cars – even panels for Cyclops pedal cars. 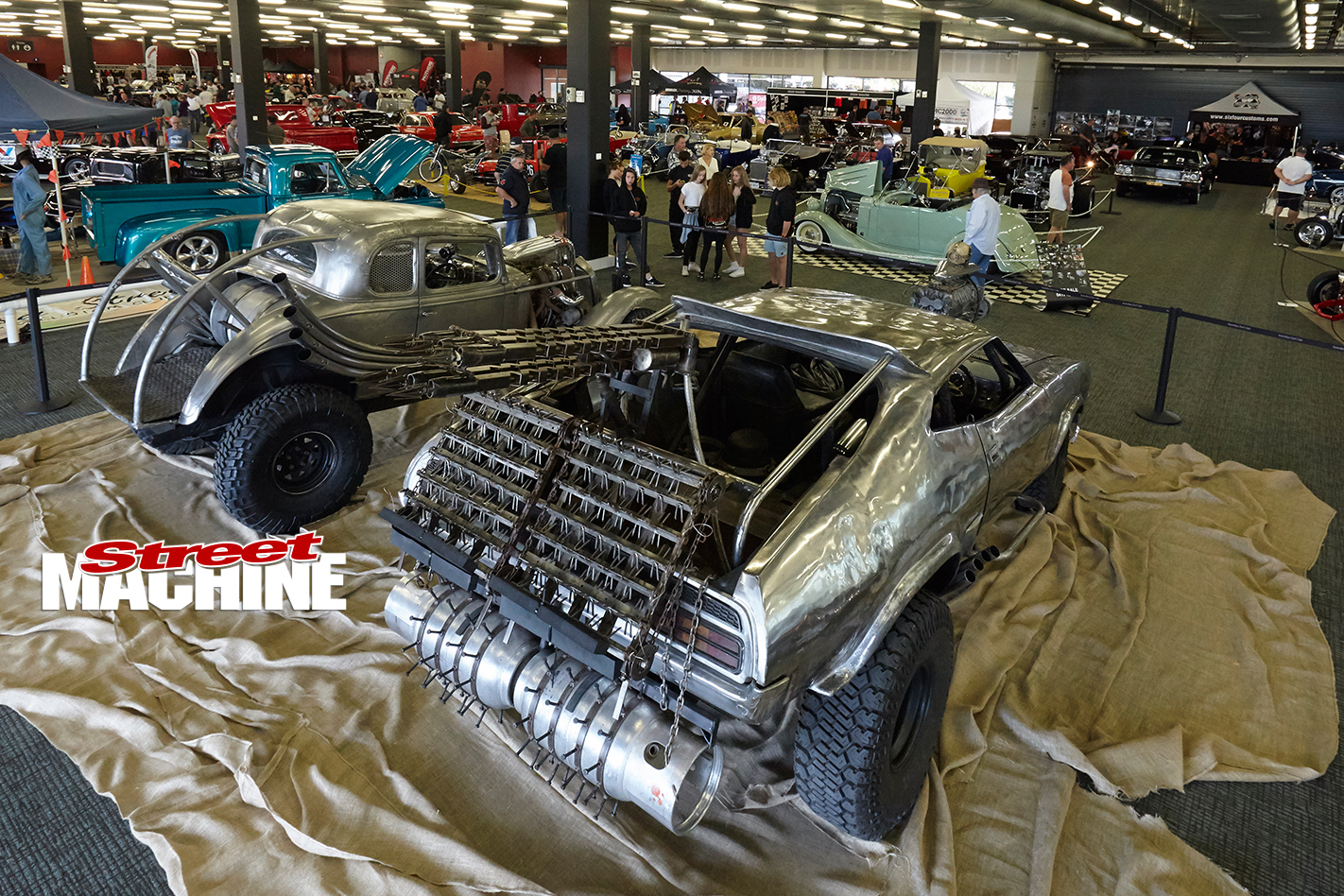 Any favourite projects from that time?

I was approached to have a look at an old racing car. “Just needs some repair work on a few aluminium panels,” the owner said. It turned out that the car happened to be the ex-Jim Russell T45 Cooper Climax F2 car.

The owner and I researched its racing history by reading magazines and books of the period. The replacement panels were made by referring to old photographs that showed the Cooper in its original trim.

The car now races in Europe; a couple of years ago I took time off and went to the Goodwood Revival to watch it race. That’s a project I’m really proud of. 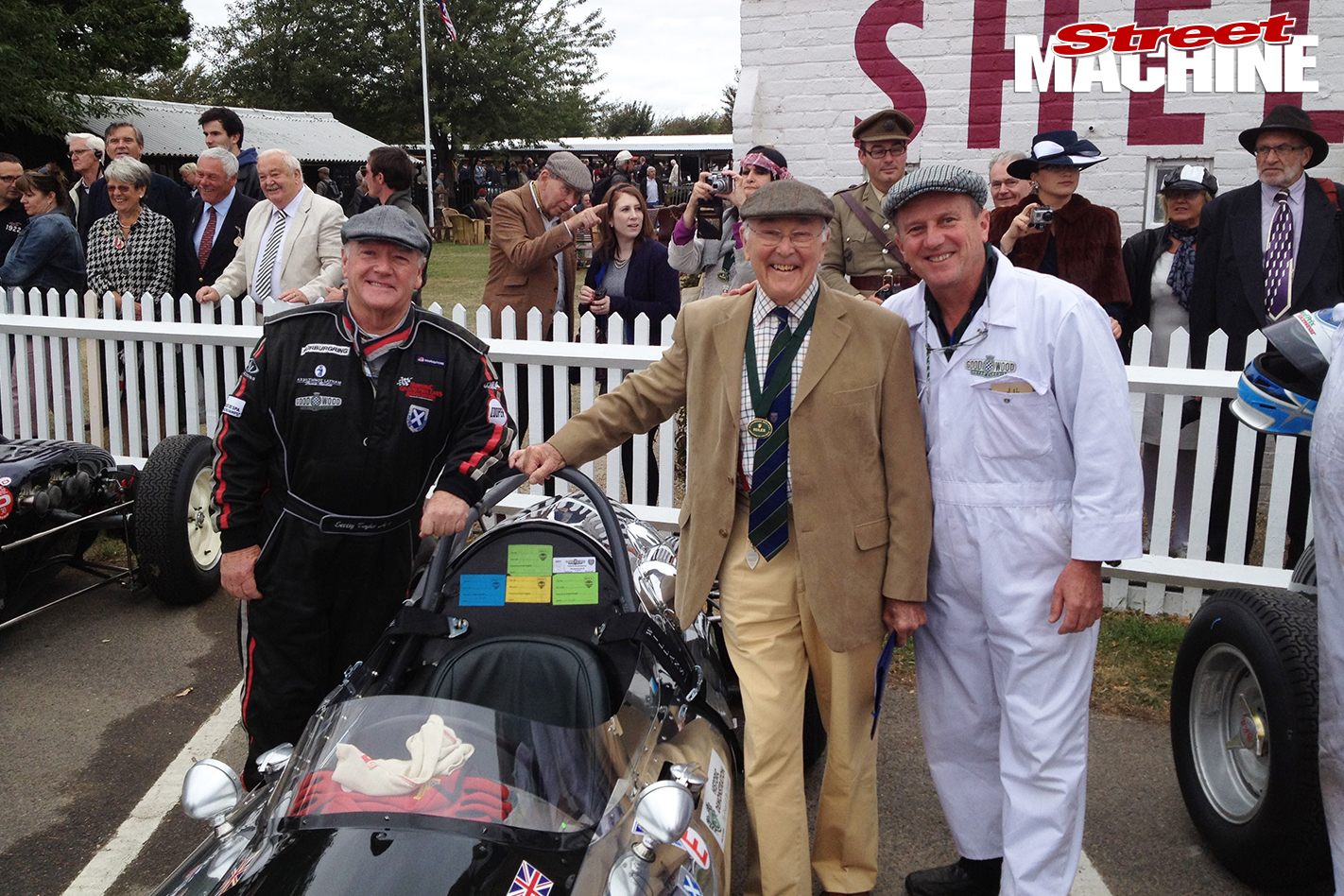 Mark (right) at the Goodwood Revival with the T45 Cooper Climax he worked on. Scotty Taylor (left) is the T45’s owner, with legendary motor racing commentator Murray Walker (centre)

So how did you get into the world of film?

Karyn and I had taken a holiday and went on a cruise, and Karyn met up with a fellow cruiser who had connections with the film industry. I was given a number to call at Fox Studios, and eventually I received a call to help out for a few days on a small job. The few days became seven months – the film was The Matrix Reloaded. Remember the folding car bit? I did the panel work on that scene. I also worked on the third movie Matrix Revolutions. 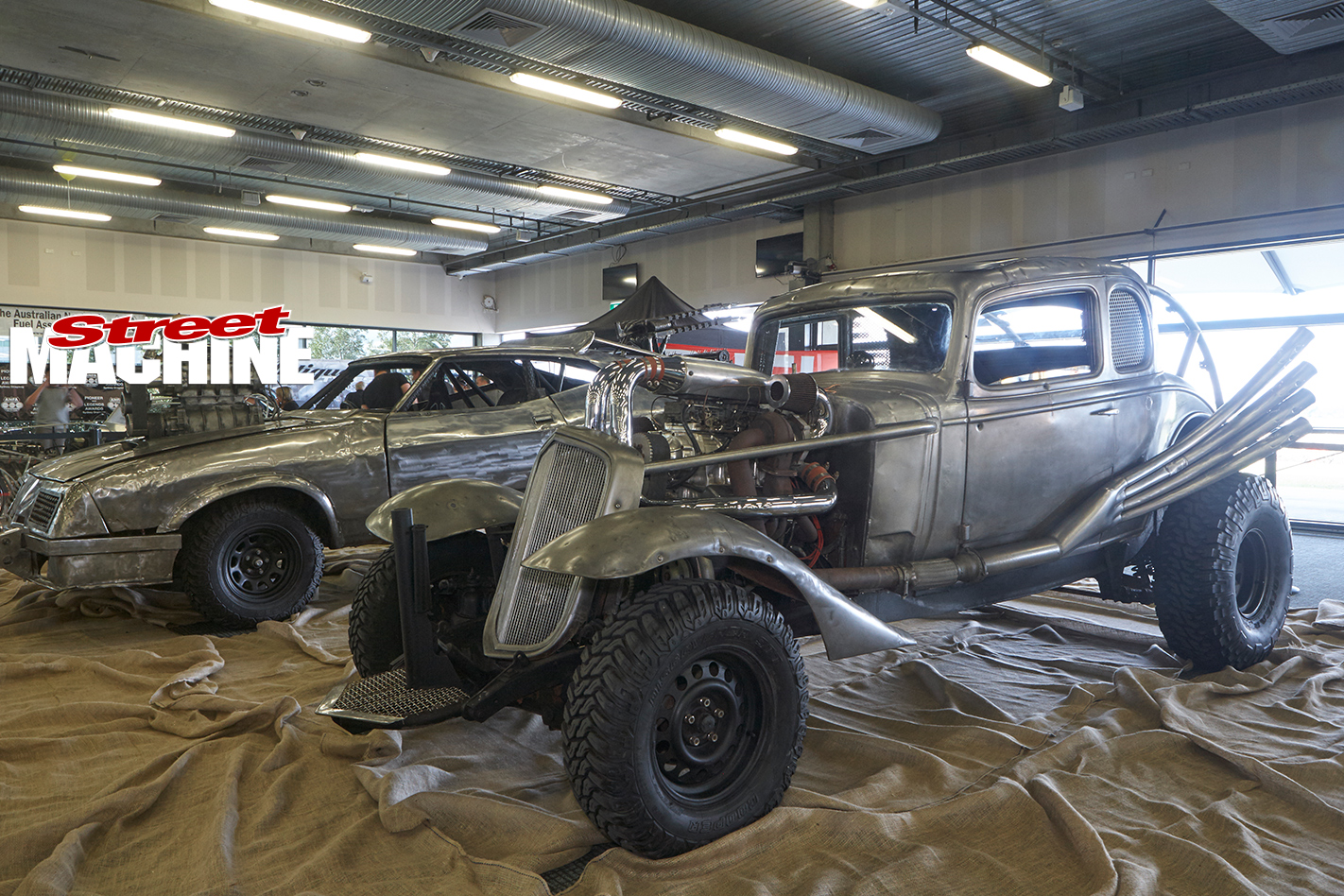 While I was working on the Matrix films I received a call to work in Namibia on Mad Max: Fury Road. You beaut, I thought, and proceeded to pack a container with all the tools and the gear I’d need. The container was shipped and on the night before I was due to fly out I got a call saying there’d been a postponement and I would have to stay put in Sydney. That was a very sobering moment.

But while I was waiting for that to start up again, I got some more film work – Stealth, Superman Returns, Baz Luhrmann’s Australia, Wolverine, followed by The Great Gatsby.

I was particularly pleased with my work on Gatsby. [quotes Gatsby’s line from the film] “It’s pretty isn’t it, old sport? It’s all a custom job. Supercharged engine!” Those spare wheel covers on the Duesenberg in that film came from my experience in hydroforming, and the rear trunk was made specially. The original is now a toolbox in my shed!

After Gatsby, it was back to Fury Road. At Villawood in Sydney we had a skilled team of about 150 at a huge production facility. All of the vehicles in the film were handmade and had to work. The engineering was intense; these were full-size, full-metal vehicles. The Gigahorse, the War Rig, the Interceptor – they all had to tough it out and perform like stars.

Once the cars were ready they were packed into containers and everyone was off to Namibia for the hardcore action shots and amazing stunts. They were all done the honest way – real jumps, real stunt drivers. 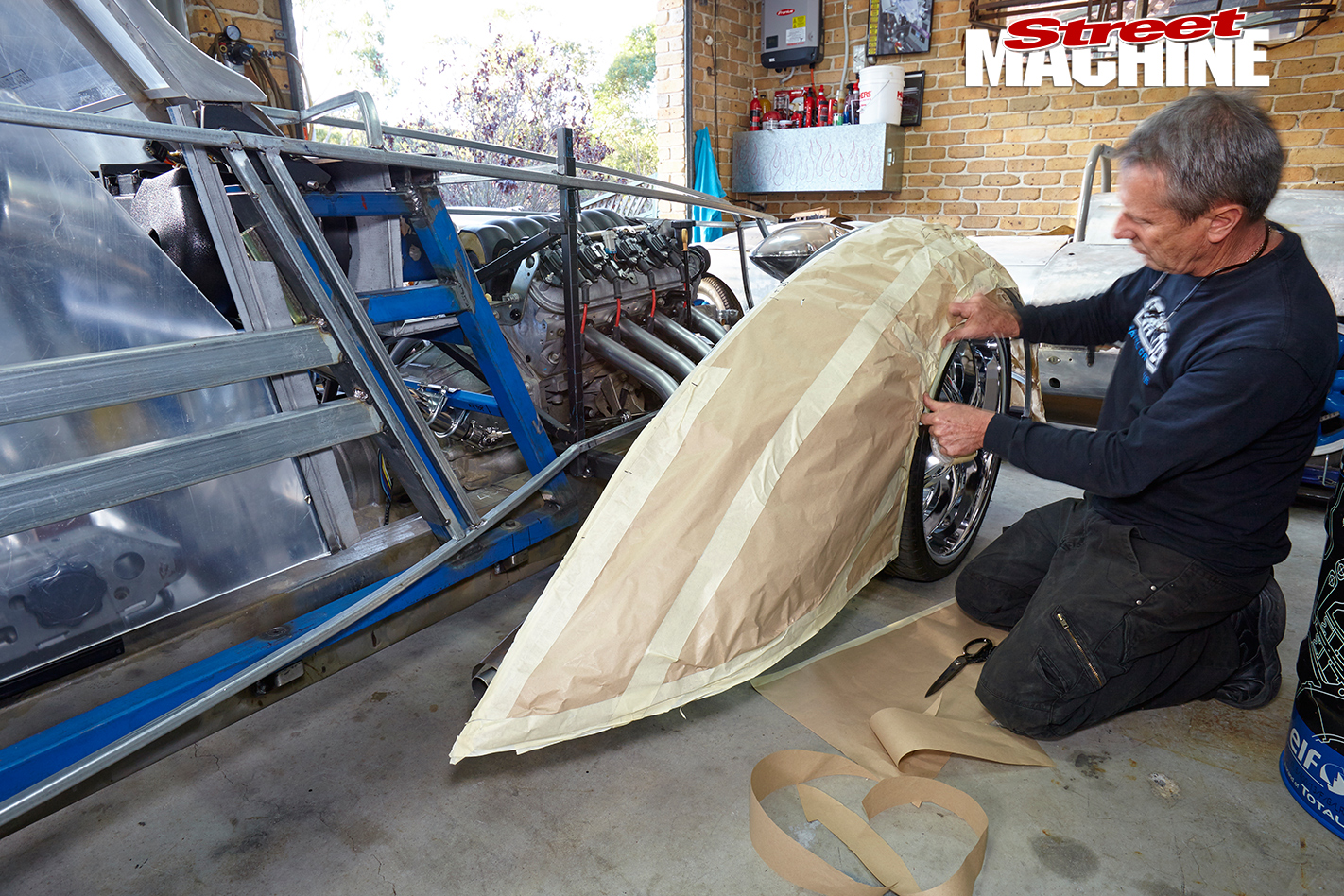 What do you have on the go at the moment?

Right now I have a more personal project keeping me focused. I’m building my dream car (above). I call it SYZYGY; it’s a modern twist on a 30s-styled custom. It’s a four-seater roadster, and sits on a ’48 Jaguar chassis with an XJS front end. It’s got an L98 alloy motor running through a six-speed auto to a Jag rear end. It’ll have climate-controlled air, power steering, fast glass, tilt front. Oh, and suicide doors and a Carson top! 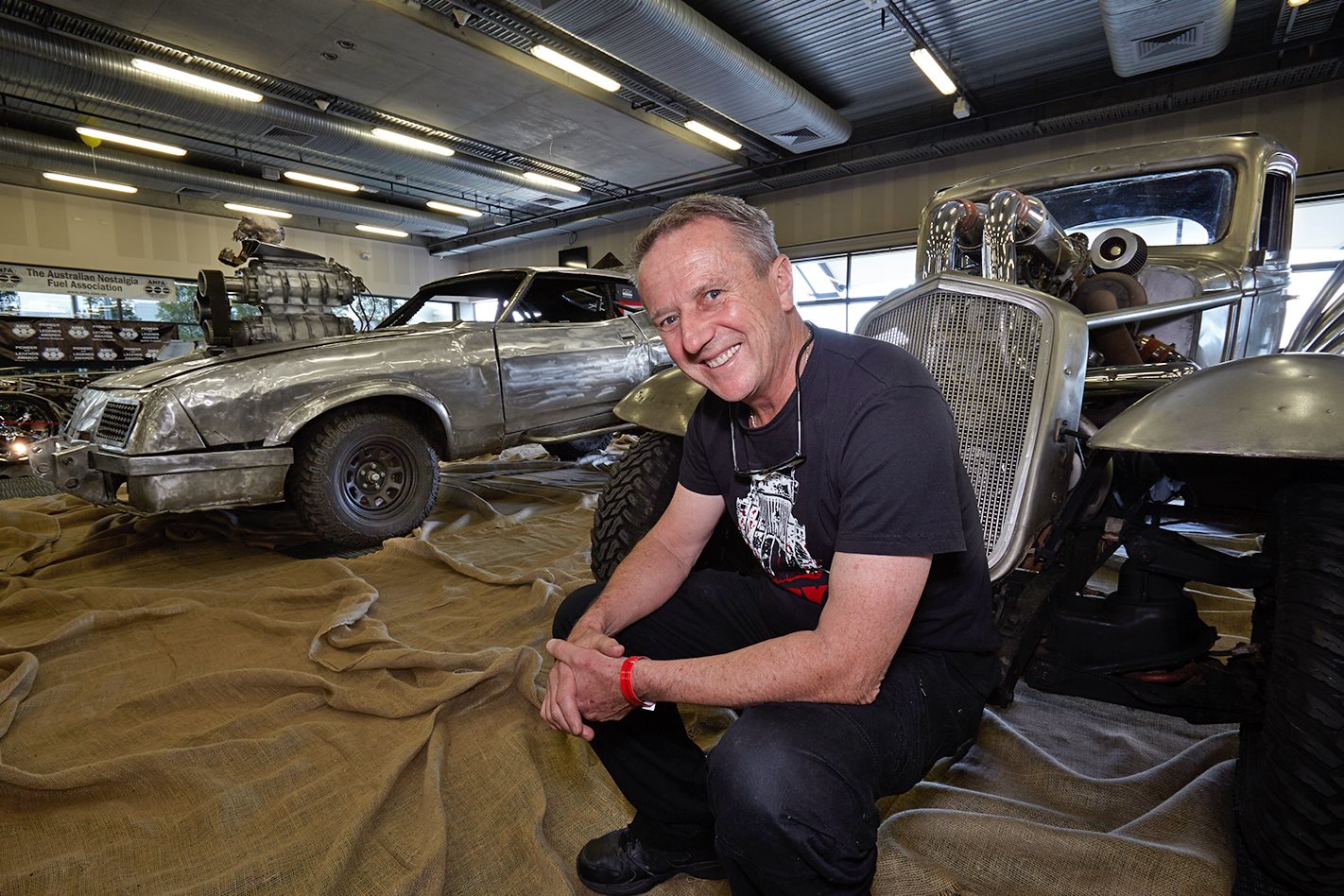 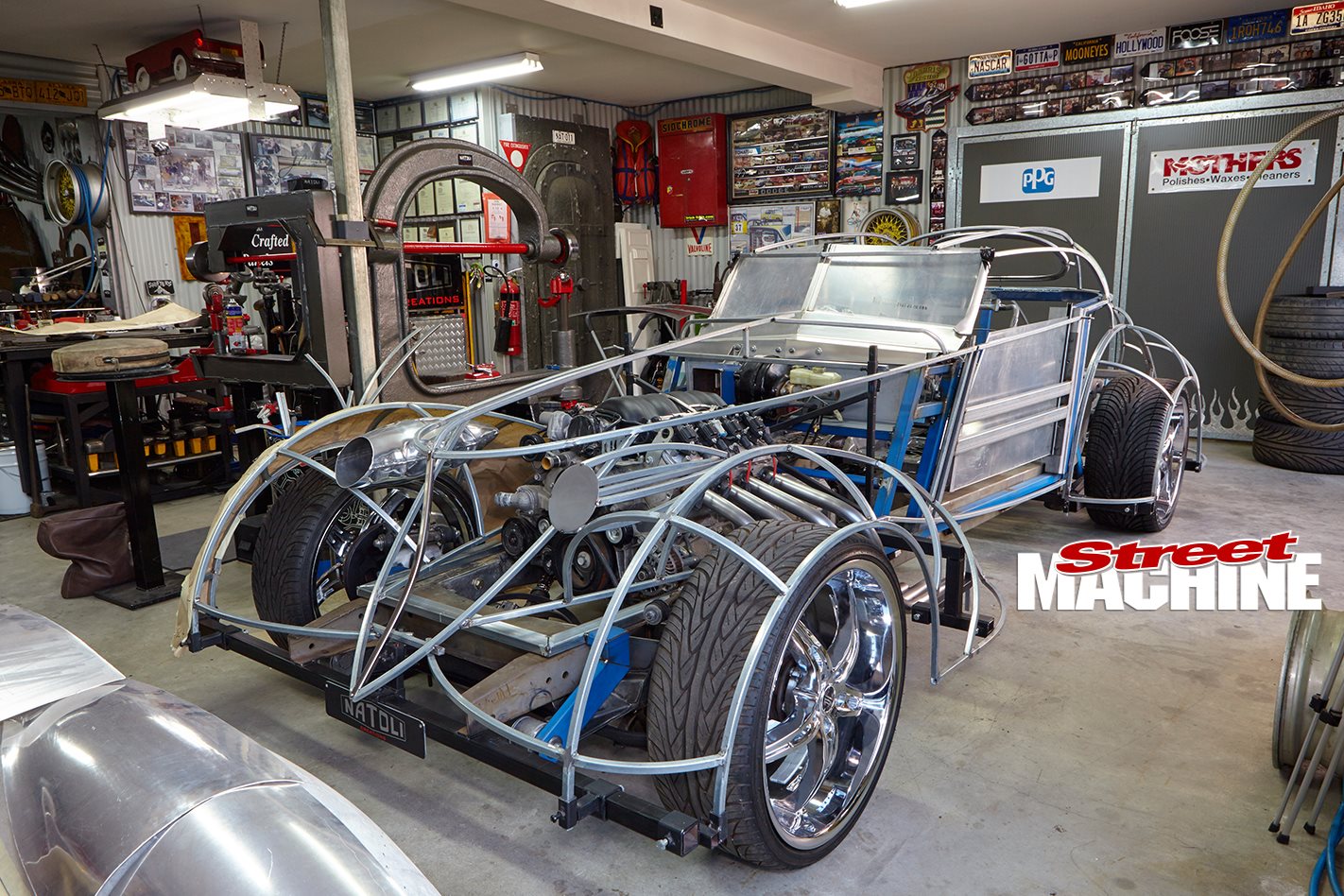 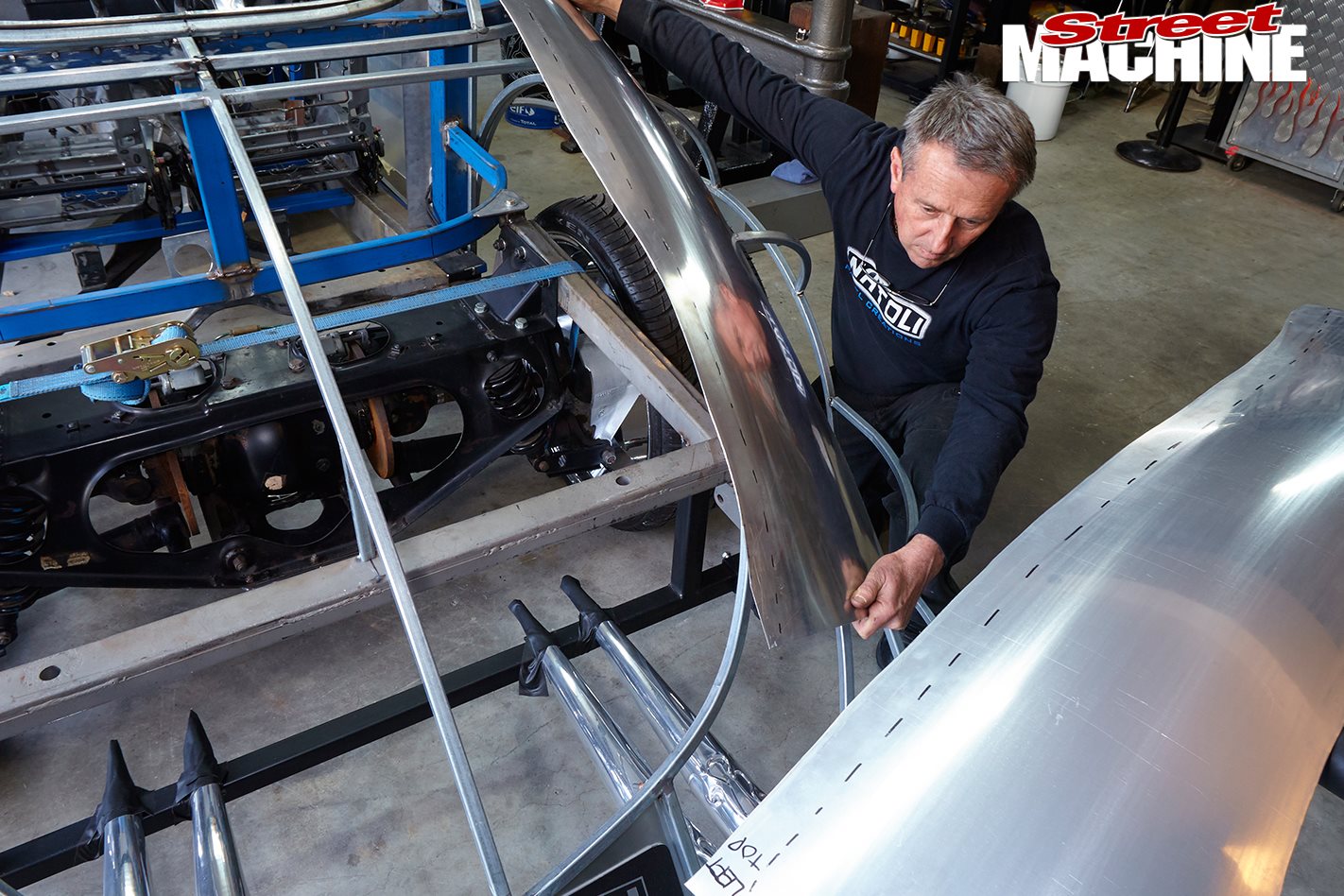 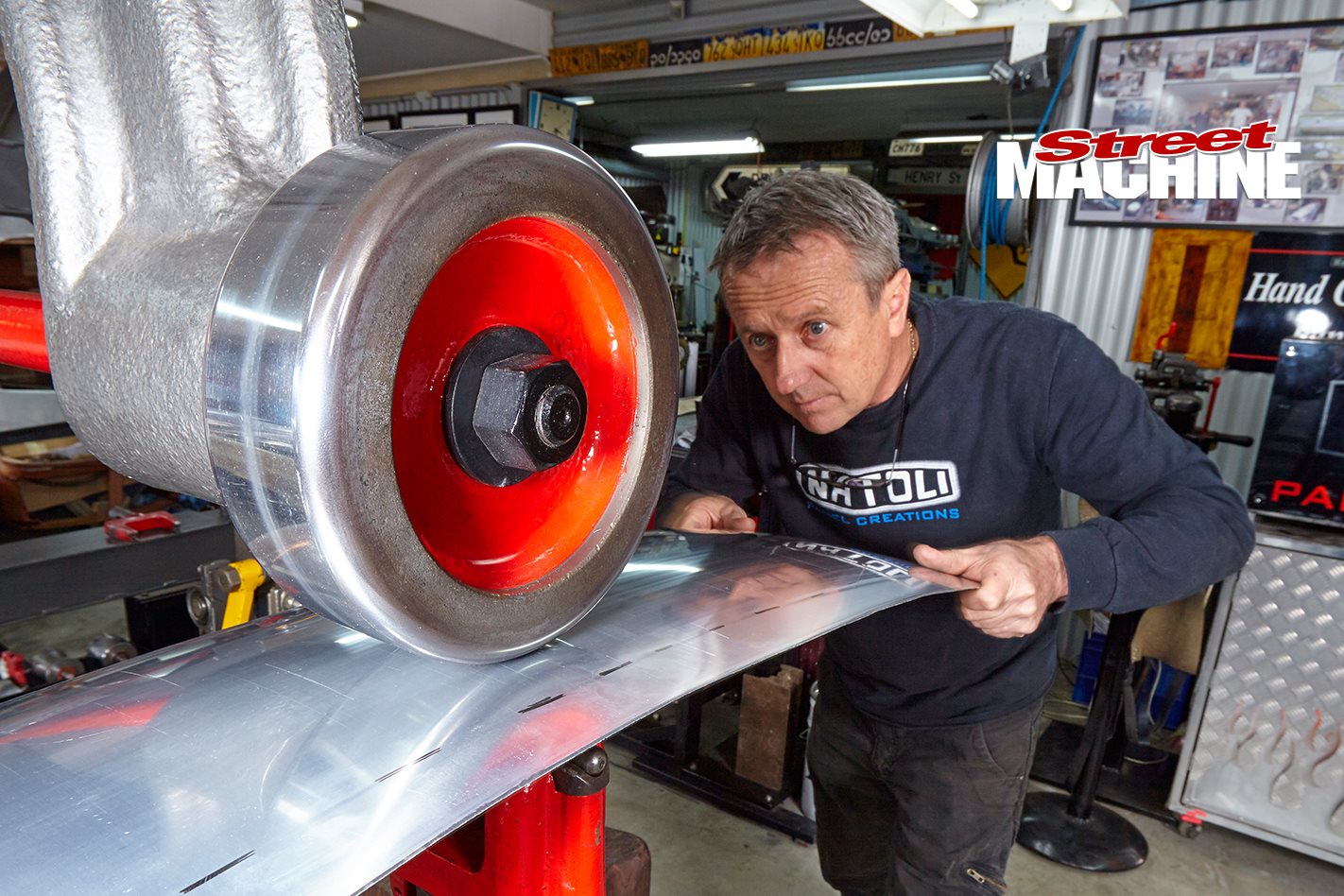 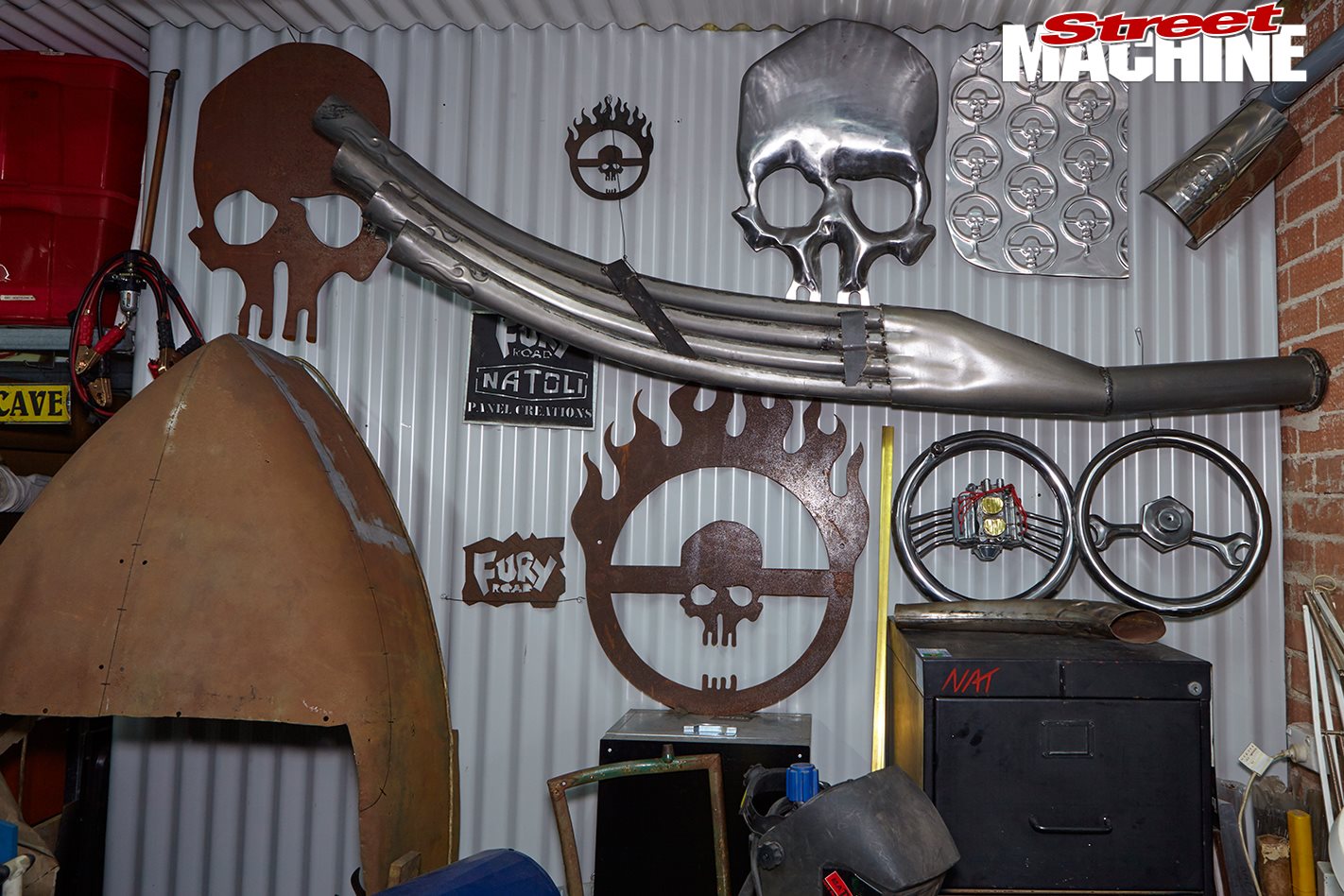 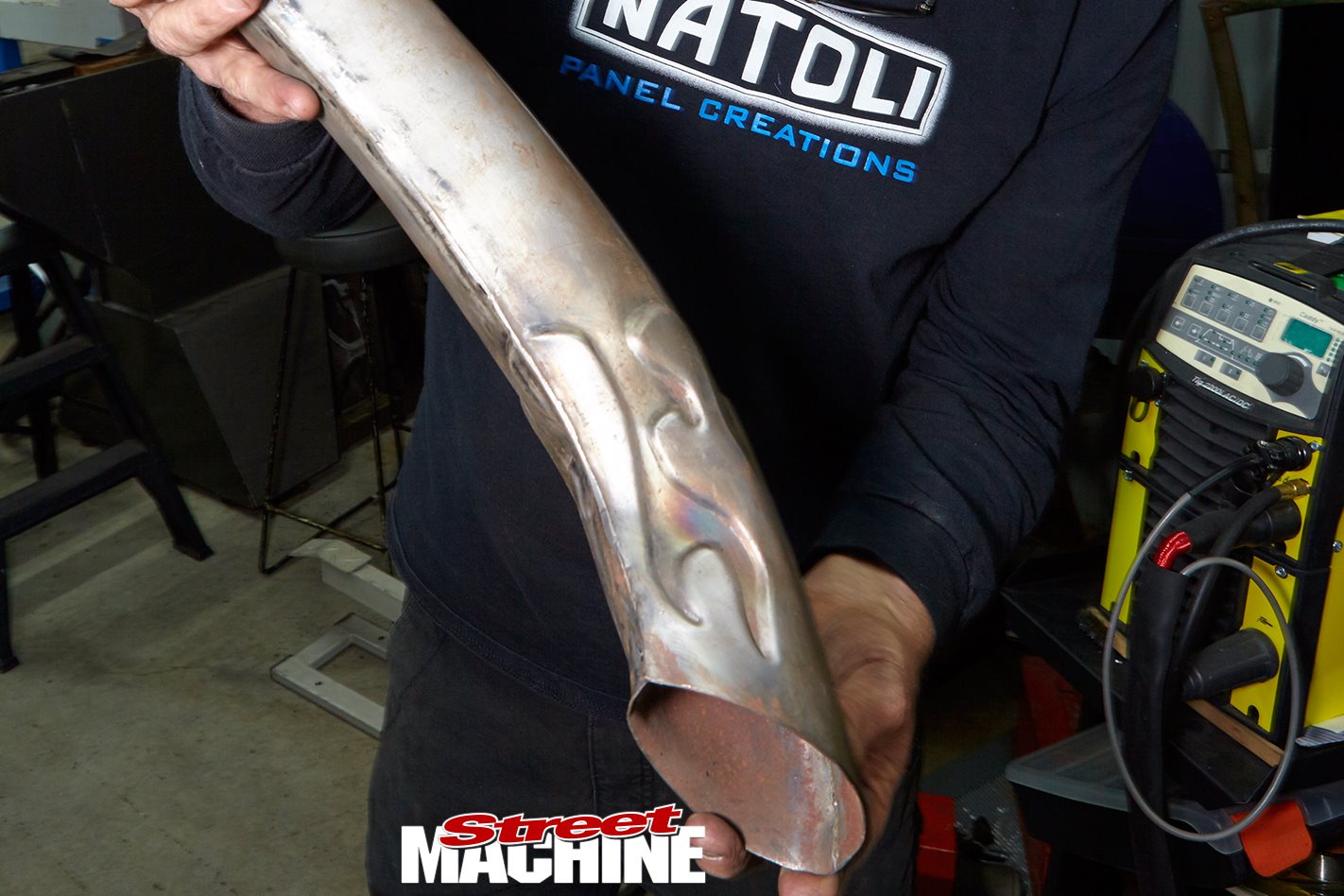 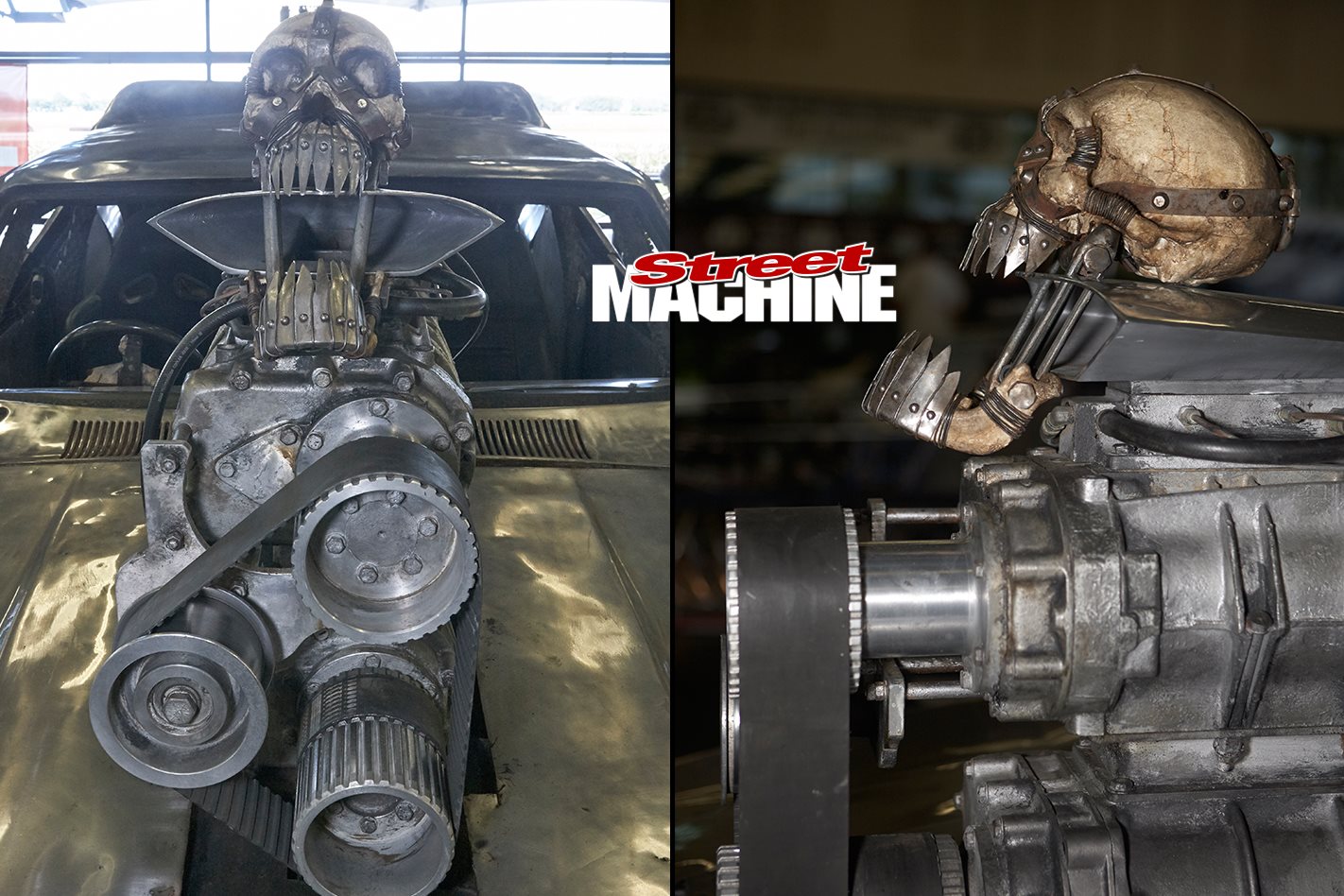