MARCOS Dillmann developed a soft spot for rotaries as a teen. “I’ve always had a thing for them,” he says of the venerable chook-cookers. “As a teenager I worked at Mazsport, which built some pretty crazy race engines, and I just wanted one.” Now he’s built his first street machine – a grandpa-spec, rotary-powered Mazda 808 wagon that runs 11s! Everybody wanted the sporty RX-model coupes, while the 808 sedans and wagons were unloved paddock bashers; those were the models that appealed to me because of the stealth factor. 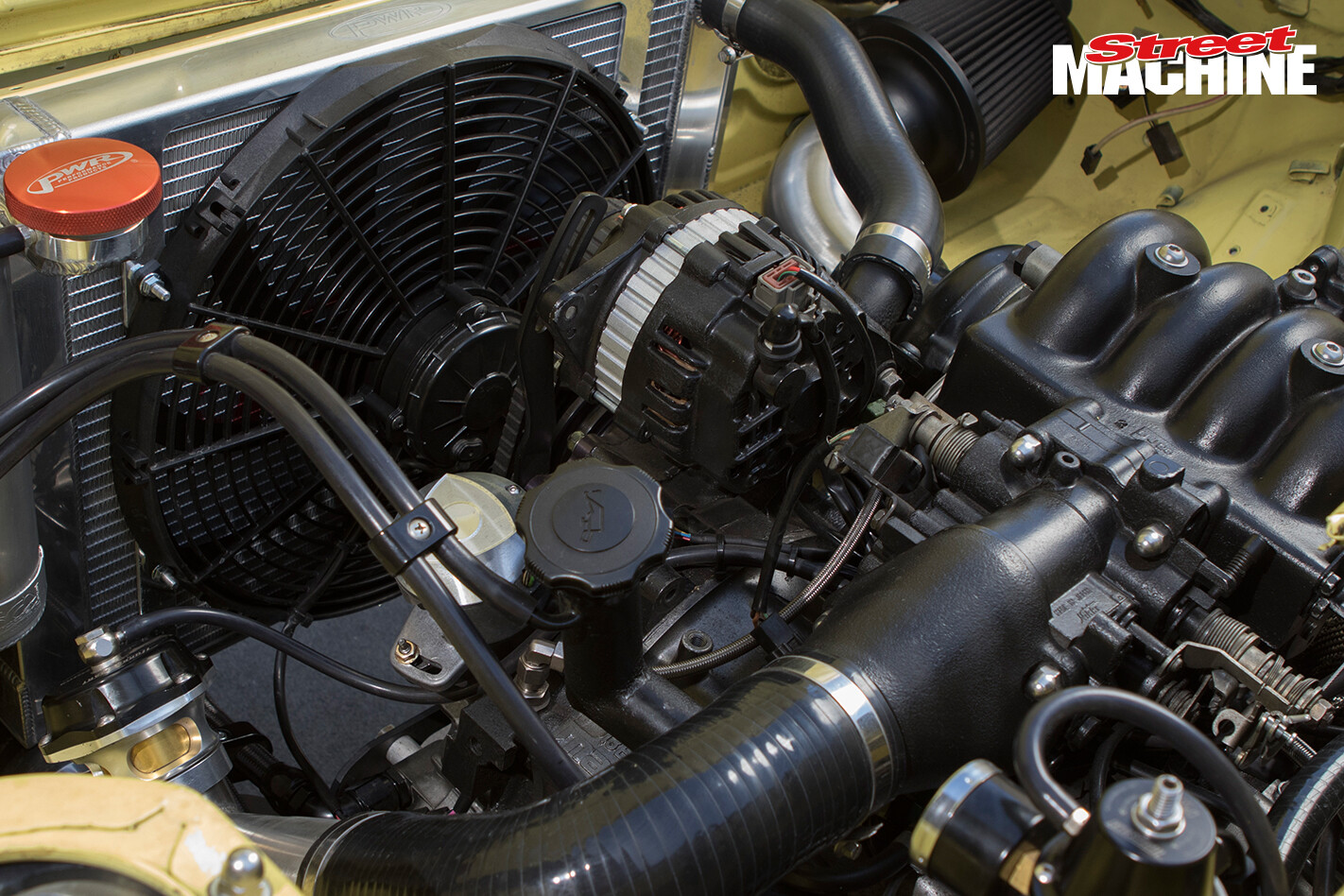 How did the build start?

I run Motorsport Connections, which supplies high-performance lines and hoses for engines, and I needed a car that I could throw our catalogue at and take to the strip to promote the business. It had to be a rotary and it needed to be in good condition so that I only had to worry about making it fast rather than repairing the body. I ended up finding the 808 wagon for sale with a blown four-cylinder motor, but everything else was mint and it only had 80,000km on the clock. 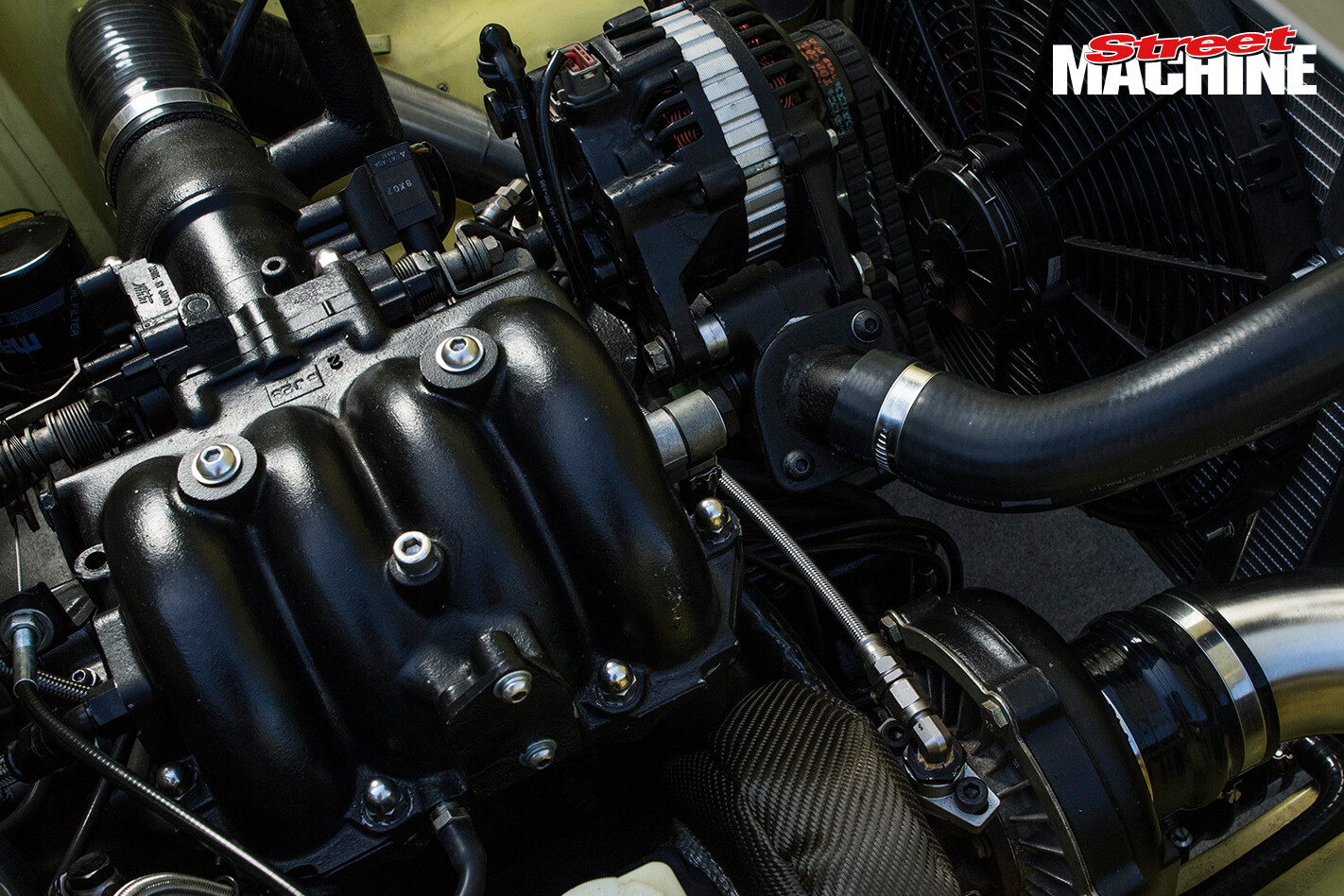 What engine and driveline did you go with?

We pulled out the four-pot and stuck in a Series 4 13B turbo rotary, hooked up to a Series 4 ’box and an Eaton Truetrac rear with a HiLux diff. It has a high-flow turbo so it drives really well on the street but still makes decent power, and it’s all controlled by a MicroTech computer. I had it out on the track for the first time the other day and it ran an 11.5-second pass. First and foremost though it’s a street car and everything is completely legal. It doesn’t even look modified – I haven’t added any gauges or changed the ride height. It’s full grandpa-spec. Did you do much of the work yourself?

I did a lot of the work but I also had help from the guys at Promaz, who did a lot of the engine work, fabrication and anything else I wasn’t capable of. I did all the fuel, oil and water lines myself, plus some paint and general tinkering. Most parts were a simple bolt-on job, so there was no need to hack the body to bits; honestly, we only cut it in three places and you would never know where. 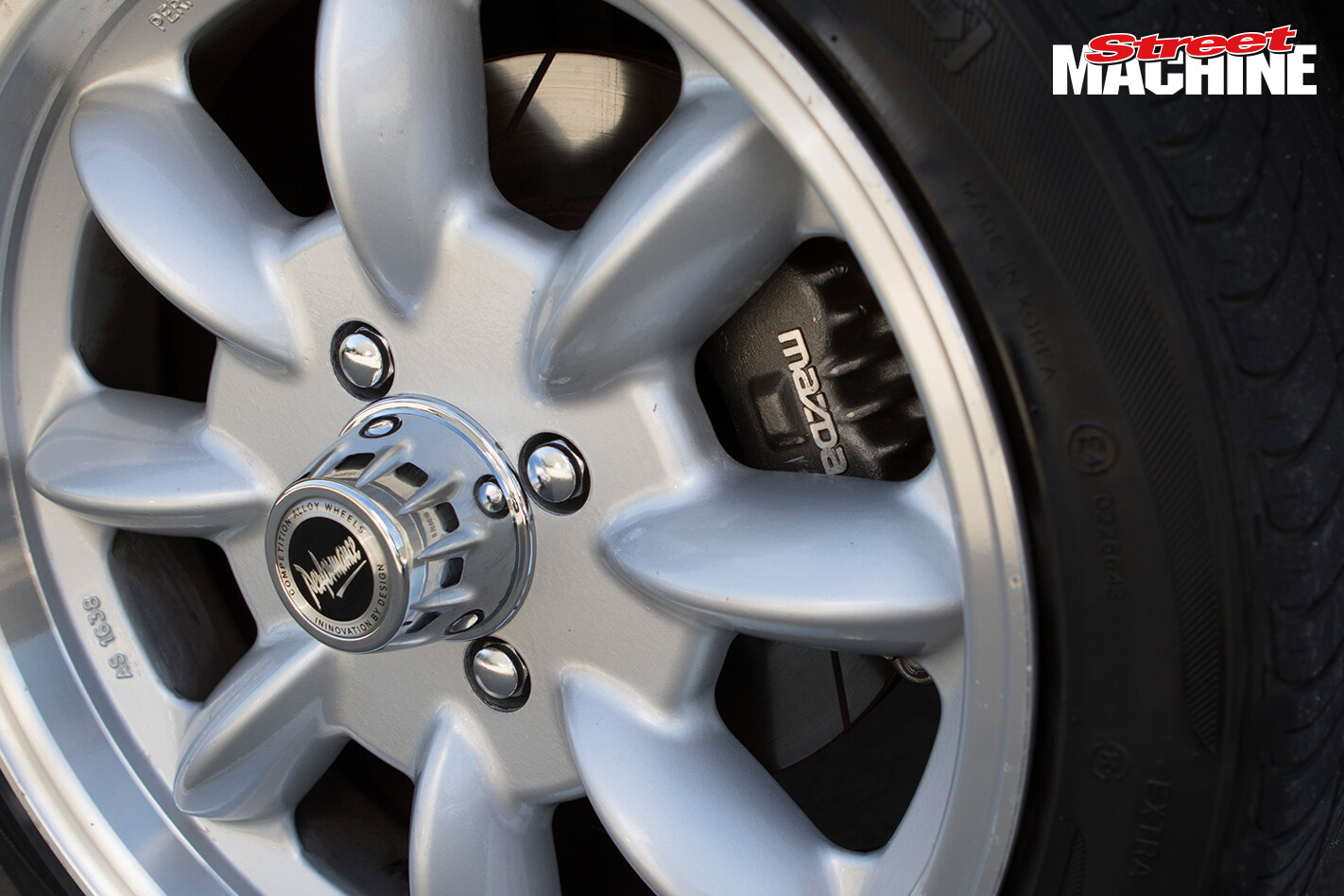 There really isn’t a lot that I want to change on the car. It’s plenty fast enough as a street car and I don’t want to put a ’cage in it and wreck the sleeper aspect. With a bit more refining it will probably run low 11s, but it’s not a high priority. Is it true you were on My Kitchen Rules?

Yes, it’s true! I was actually midway through the build when we started filming, so the car got put on hold for a few months. In the end I was pretty keen to finish up with the show so I could get back to it! And yes, everything on the show is real; there aren’t any scripts but there is a lot of footage that people don’t get to see.