Outrageous stance and a mid-engined 265 Hemi. This is why vintage Sports Sedans rule

WITH the sheer volume of early Torries being transformed into street and strip rigs these days, it’s easy to forget that the Torana legend was in fact born from a form of motorsport that involved corners. 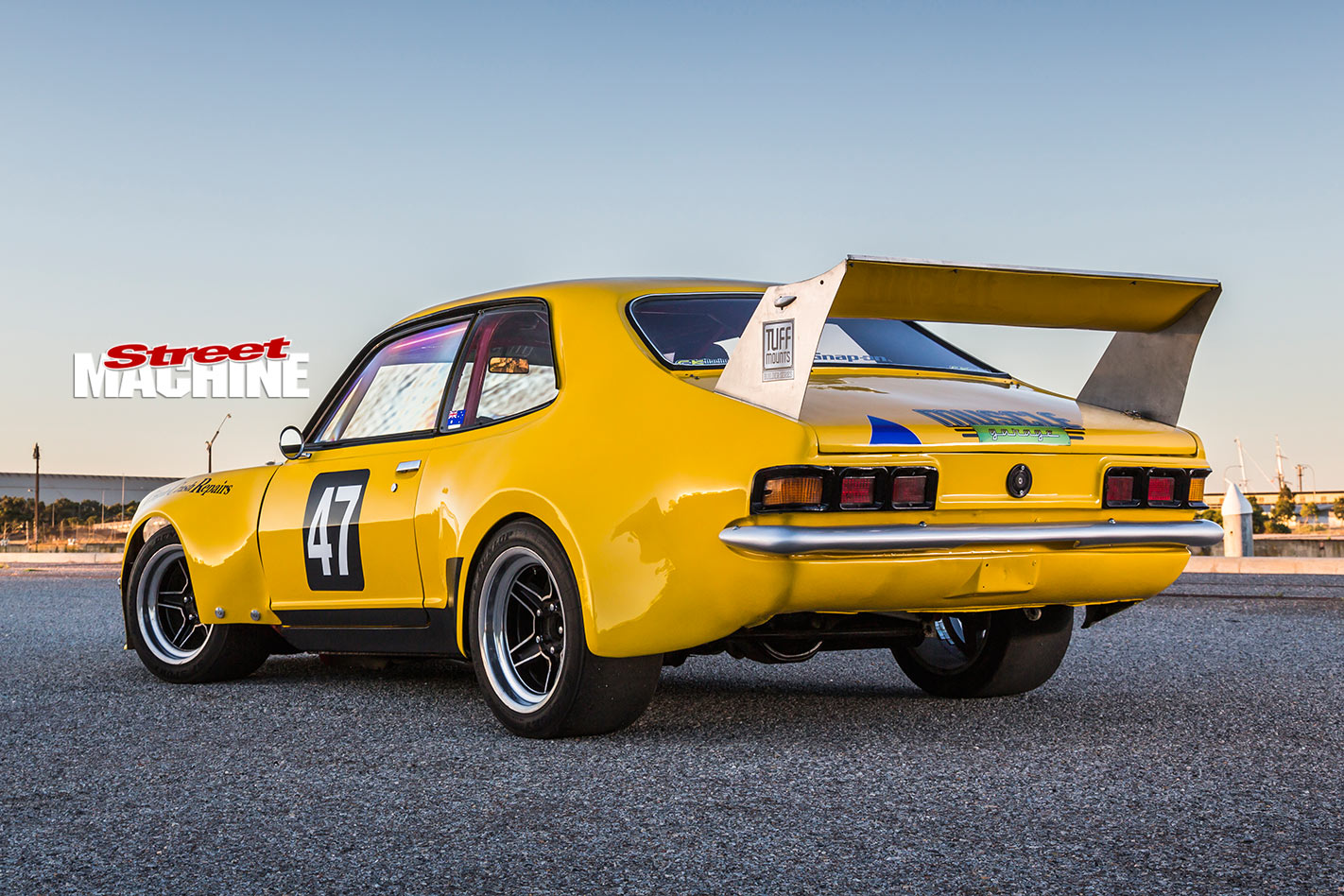 At a time when Ford was forging ahead with big, heavy family sedans and fire-breathing V8s, Holden Dealer Team chief Harry ‘The Fox’ Firth went in an entirely different direction, and the race-bred Torana GTR XU-1 was the result. Light, nimble, great under brakes and comparatively economical, the six-pot Torana was a winning package, claiming a Bathurst victory in 1972 with a young Peter Brock at the helm. 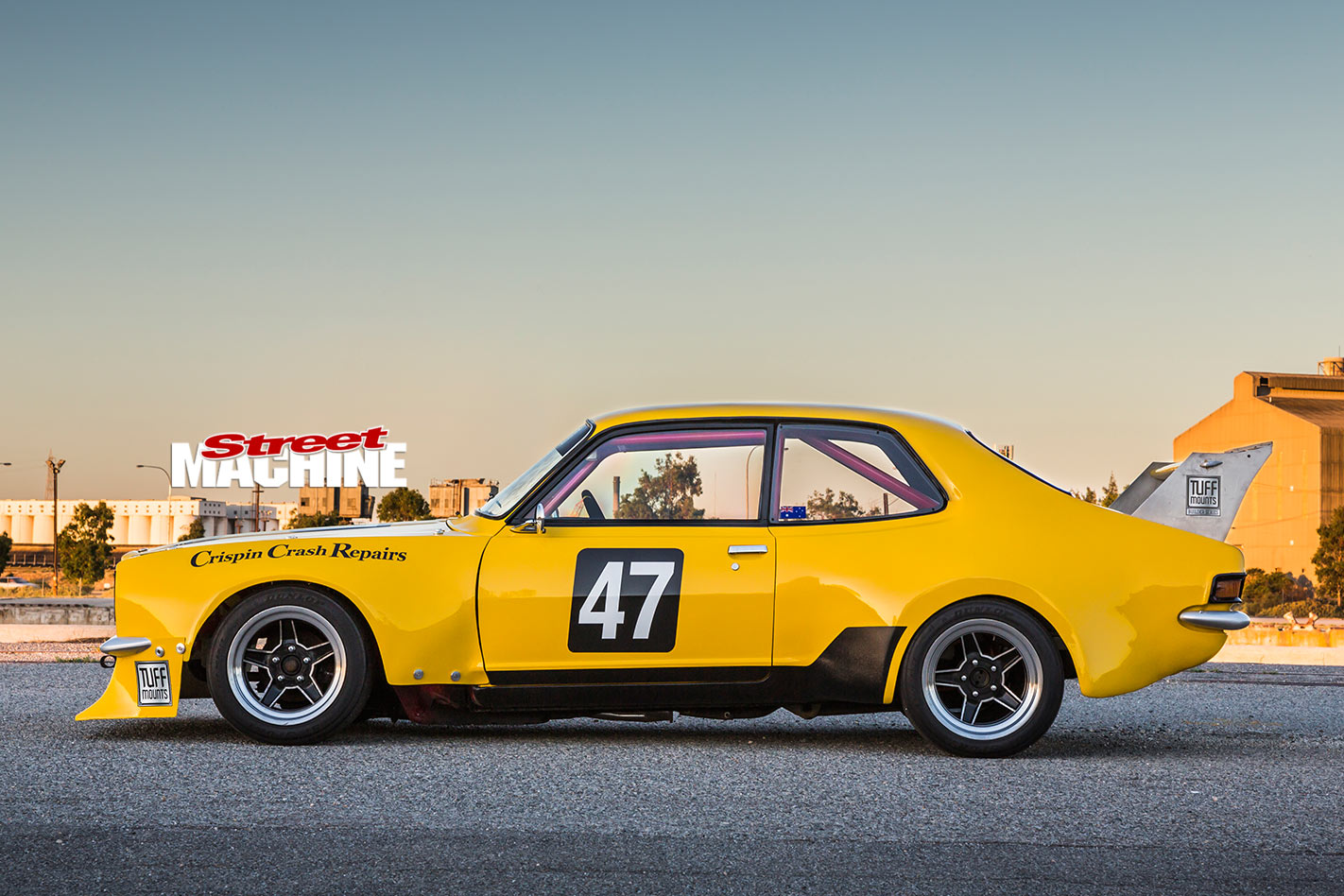 Even in factory trim the Torana was a capable corners car, but a good thing can always be made better. With a stiffened and refined chassis, comprehensive aero package, dramatically widened track and a mid-mounted 265ci Hemi inline six, this 1980s-built LJ Torana Sports Sedan is a very purposeful beast indeed. It’s passed through countless sets of hands since it was first put together, and after being faithfully restored by Adelaide-based fella Jason Waye, it’s set to return to the track for the first time in almost two decades. 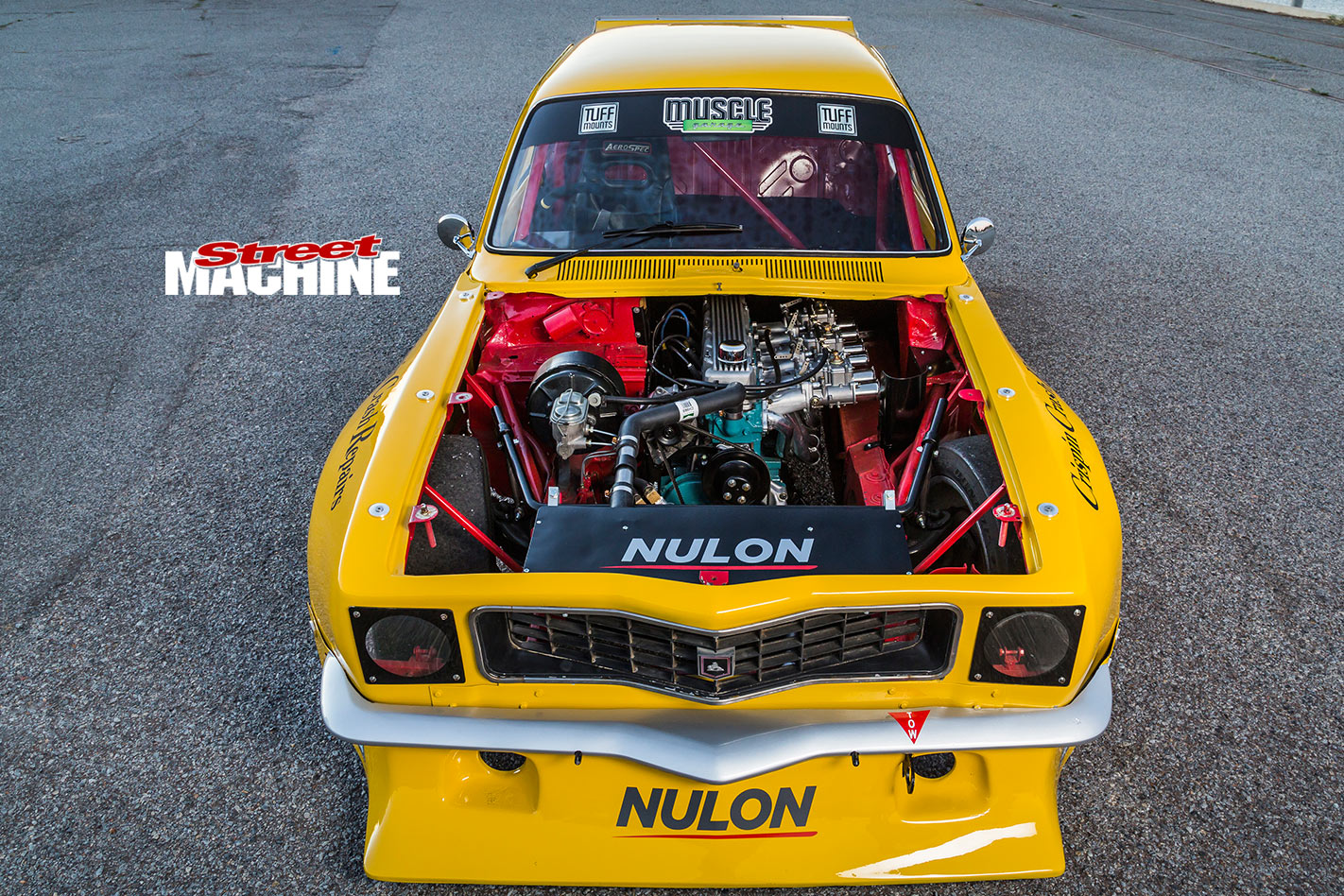 If Jason’s name sounds familiar, it’s probably because he’s the man behind Muscle Garage and the popular range of Tuff Mounts engine and transmission mounts. He’s been doing the whole modified car thing since Jesus played fullback for Jerusalem and we’ve featured several of his past projects, each and every one of which has been decidedly more show-focussed than this one. 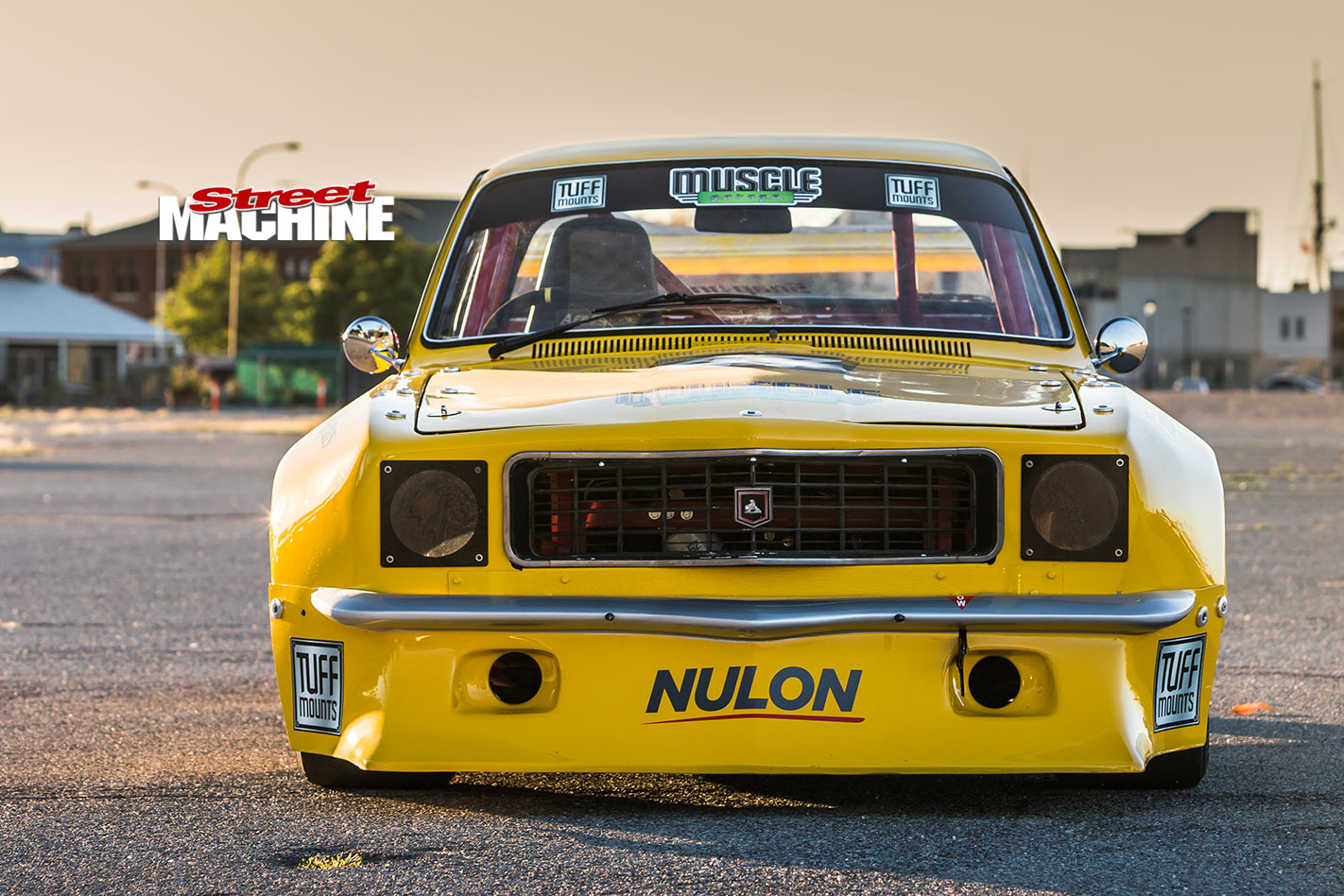 “I still love show cars, but at a higher level, the scene is getting out of hand,” Jason says. “You need to be dedicated and wealthy and have lots of time to pour into building those kinds of cars. I’ve always had a passion for old Sport Sedans, but never really furthered it until an old XE Falcon race car popped up for sale. I was in love with it from the second I saw it; I had to own it.” 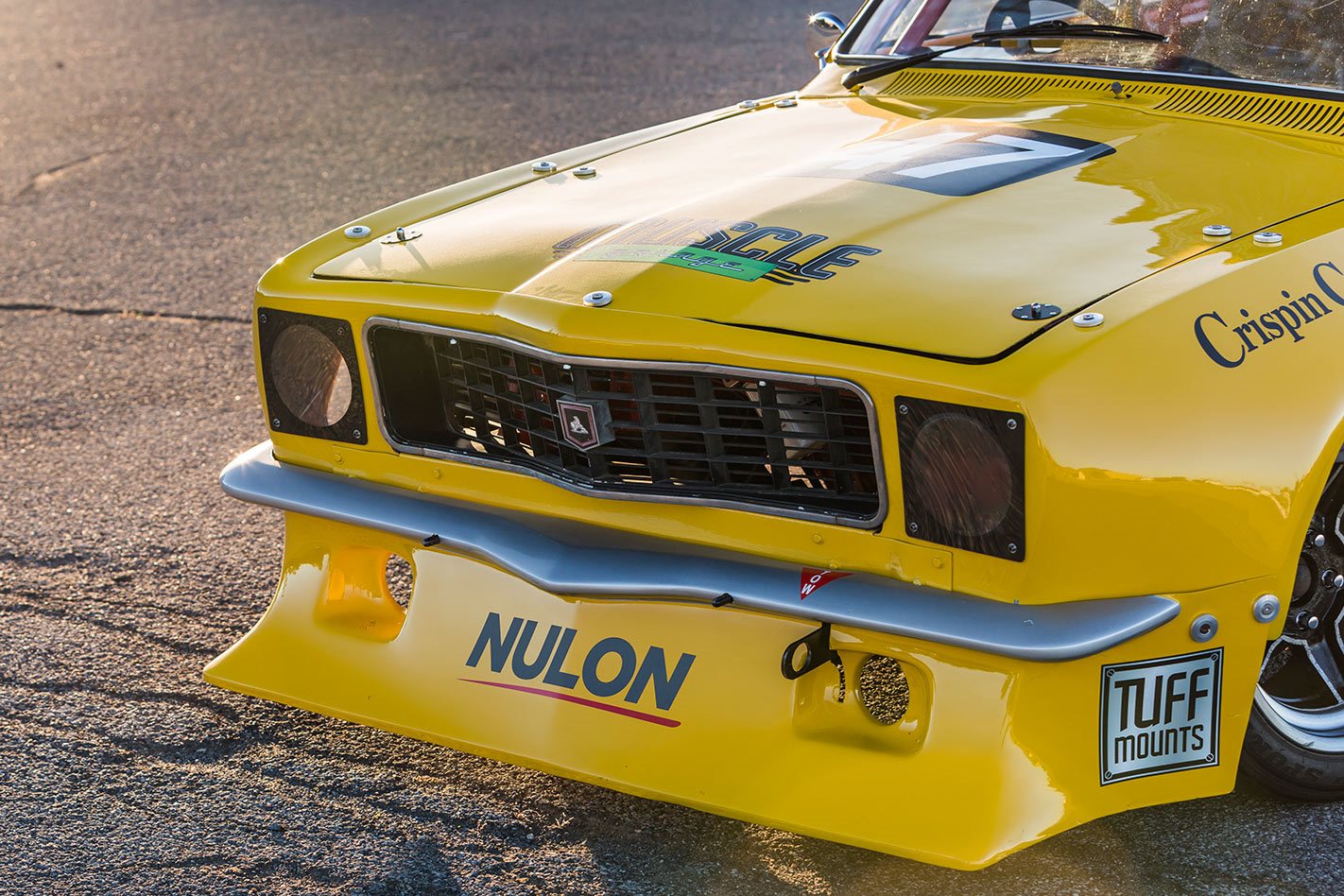 Jason dragged the XE back to his workshop, and after a detailed inspection he reasoned that it needed a lot of time and money lavished on it before it would be ready to compete. With that in mind, he went looking for a project that was a little closer to completion. “The Torana popped up for sale in Sydney a couple weeks before Brashernats 2016. I was coming over for Brashernats anyway, so went and looked at it and brought it home with me,” he says. 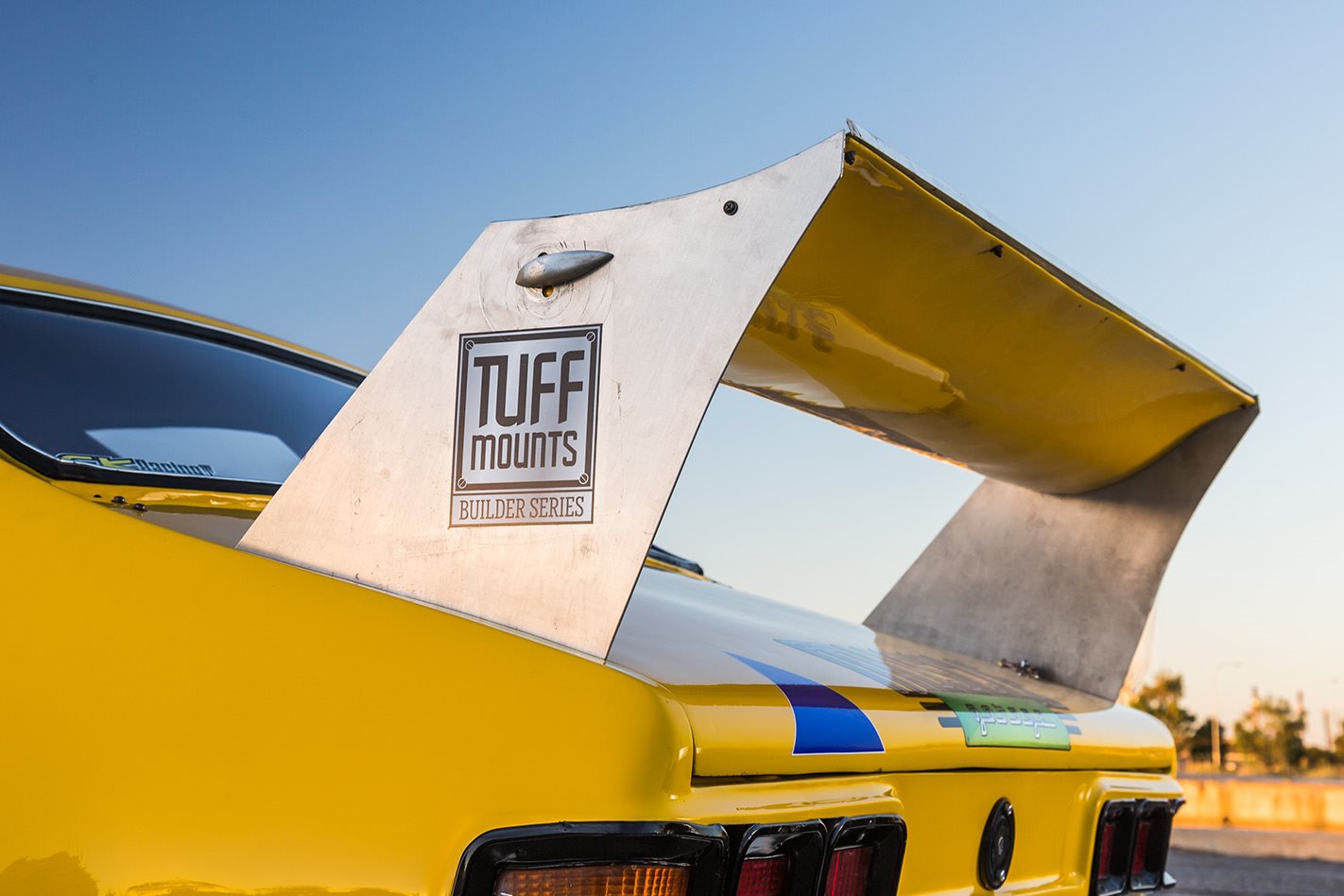 The car was mostly there but in pretty poor shape and a long way off being a safe, running race car. There was no tinwork inside, the paint was cactus and there were cracks appearing in the bog and fibreglass. The previous owner had painted the interior red but neglected to mask up the exterior, so it was covered in overspray. 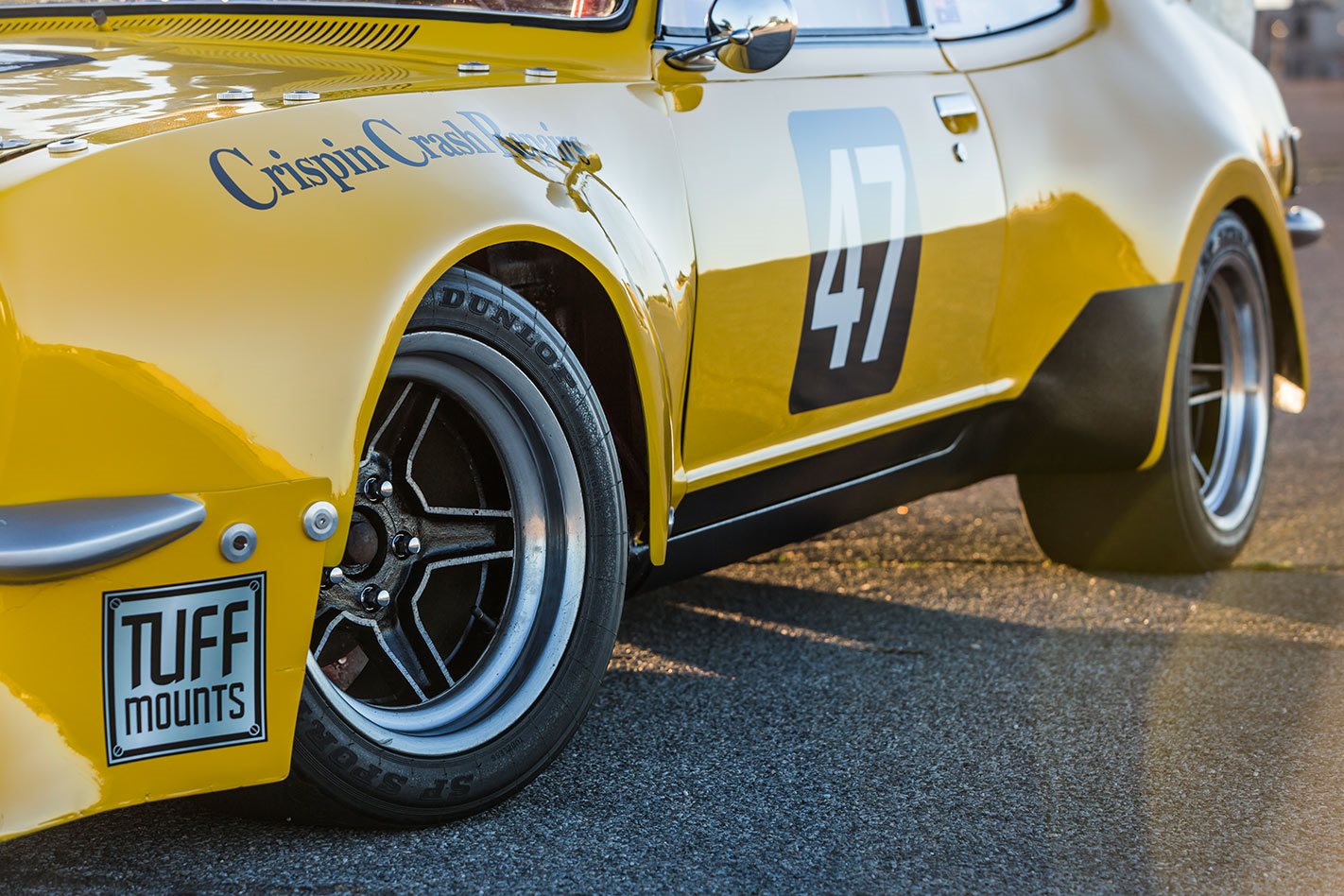 The car came with a pile of parts including a 265 Hemi engine block, extractors, nine-inch diff and a Ford single-rail gearbox, but the inclusion of greatest significance was the CAMS logbook, which dates back to 1983. This meant the car would qualify for historic classification, as long as Jason’s restoration job was sympathetic to the era during which the car was initially built.
“These sorts of cars were generally home-built monsters done in people’s backyards. They were rarely built by pros,” he explains. They were also often built to a budget, so a surprising amount of the factory Torana underpinnings remain despite the car’s wild outward appearance. The standard chassis rails still run from front to back, teamed with a tube centre section and a substantial rollcage, which combine to stiffen the car up considerably. 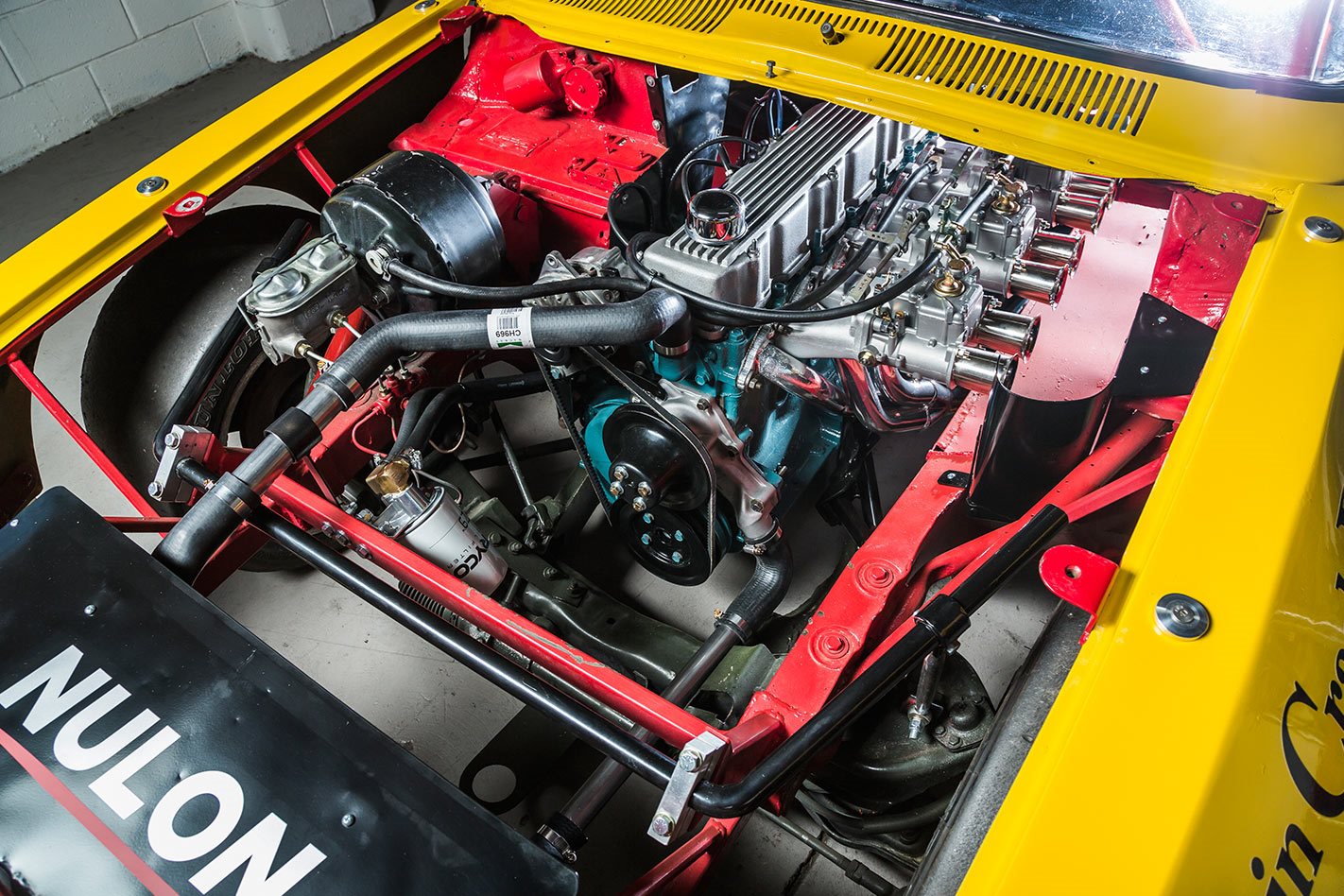 It runs an OEM Torana front end, steering rack and suspension arms, with the addition of a filthy big top-mount sway-bar. It’s all very basic, and easy to replace in the event of a stack. Factory pick-up points are used in the rear with adjustable upper trailing arms and boxed factory lowers anchoring a nine-inch diff, but Jason plans on fitting a BorgWarner to shave some unsprung weight. The car was originally built with a factory banjo diff, and he reckons the current third member is overkill. 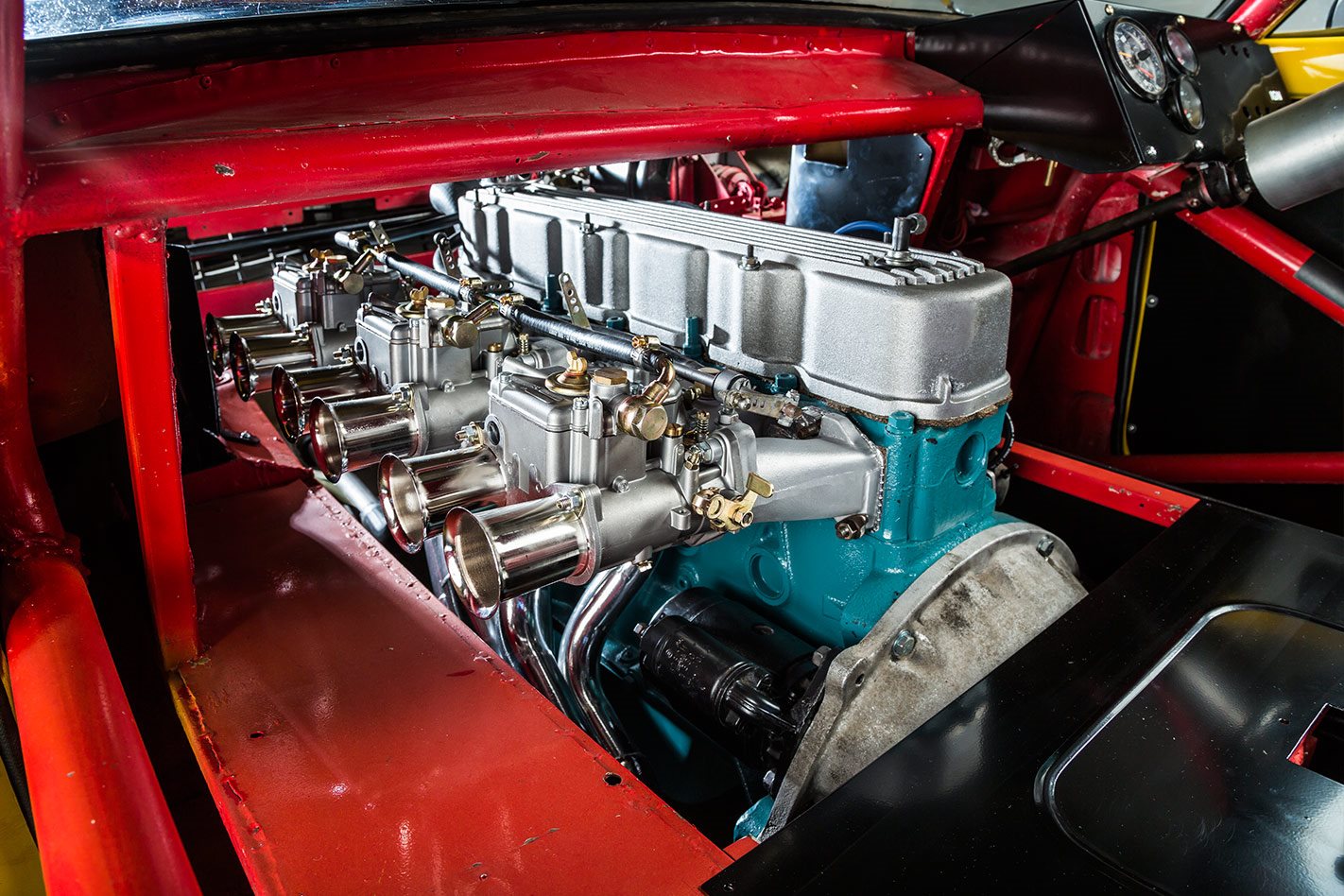 Restoring the body and paintwork was a walk in the park compared to some of Jason’s past projects. “I did a lot of the repairs, and then Ben at Crispin Crash Repairs and I just rubbed it and painted it over a weekend, because it’s a race car and it didn’t have to be show-quality,” he says. After trying and failing to figure out the car’s original colour, Jase went with Yellow Dolly, which is an XU-1 colour and certainly looks similar to how the car was originally presented for competition. 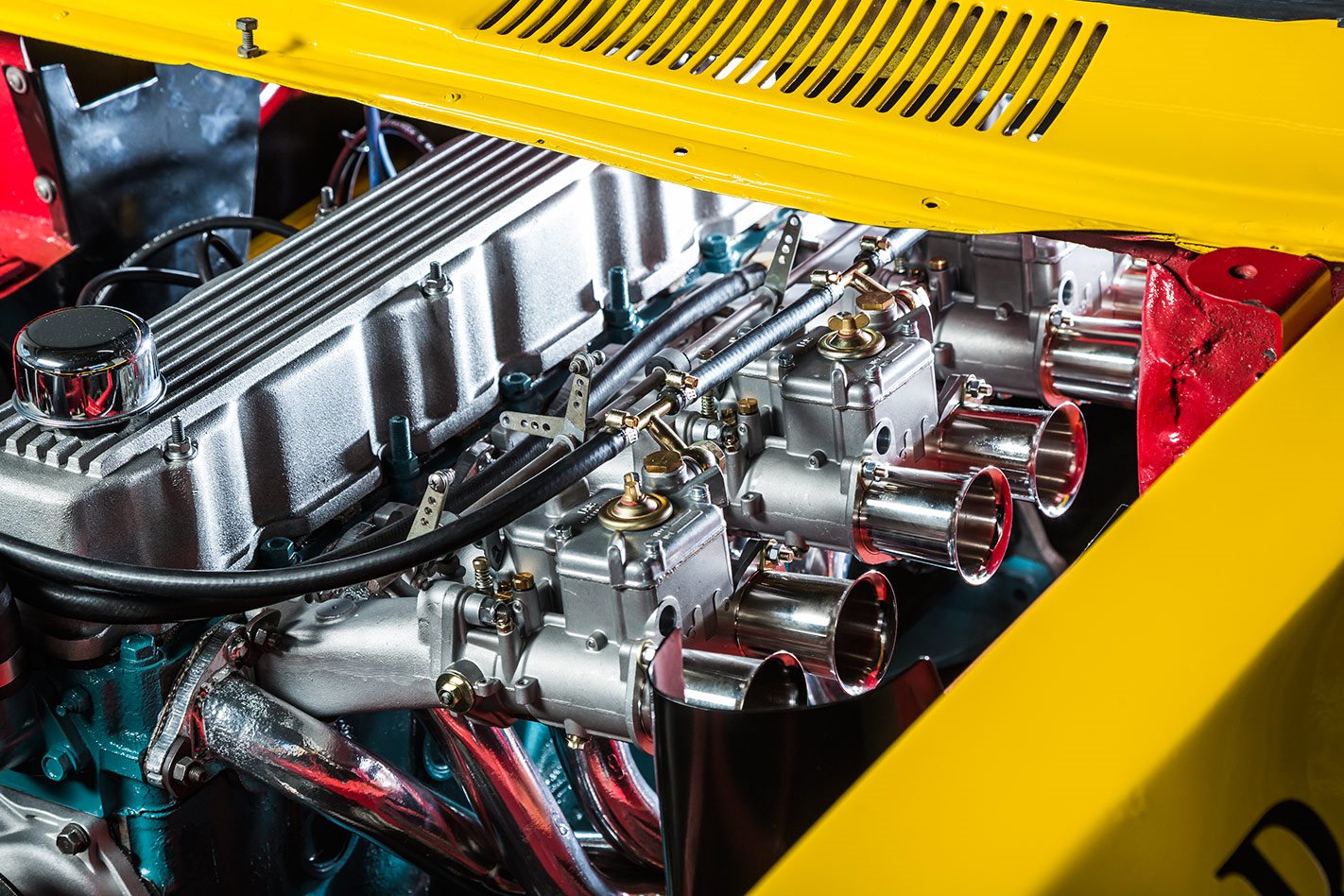 It was fortunate that the Torry’s extensive custom bodywork was all very serviceable. There’s still some steel in the car, but the lift-off one-piece front end and flared rear quarters are both fibreglass, and the side and rear windows are Perspex. The track is dramatically widened thanks to the 16x11-inch Rebel wheels, which boast close to 50/50 offset and run 265/60/16 Dunlop slicks at all four corners. 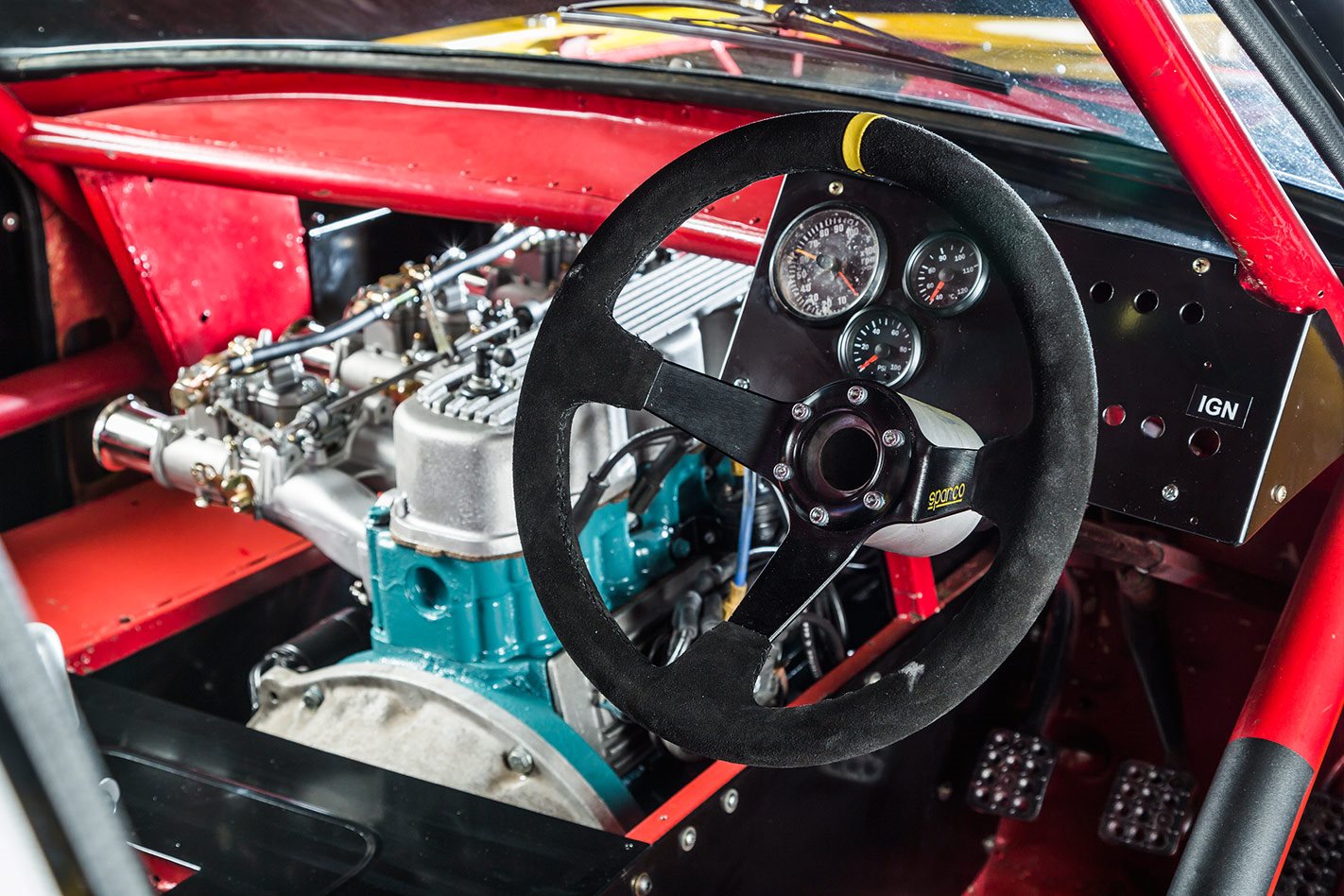 Rather than use the supplied 265 Hemi engine block, Jason sourced a running engine and gave it a birthday, then backed it with a Ford single-rail four-speed with a Dellow Conversions bellhousing and a hydraulically actuated Extreme heavy-duty clutch. “I pulled the motor apart and checked it out, then fitted a new cam, lifters and valve springs, rings and bearings and a set of flat-tops,” Jason says. “It should have somewhere north of 200hp and plenty of torque.” 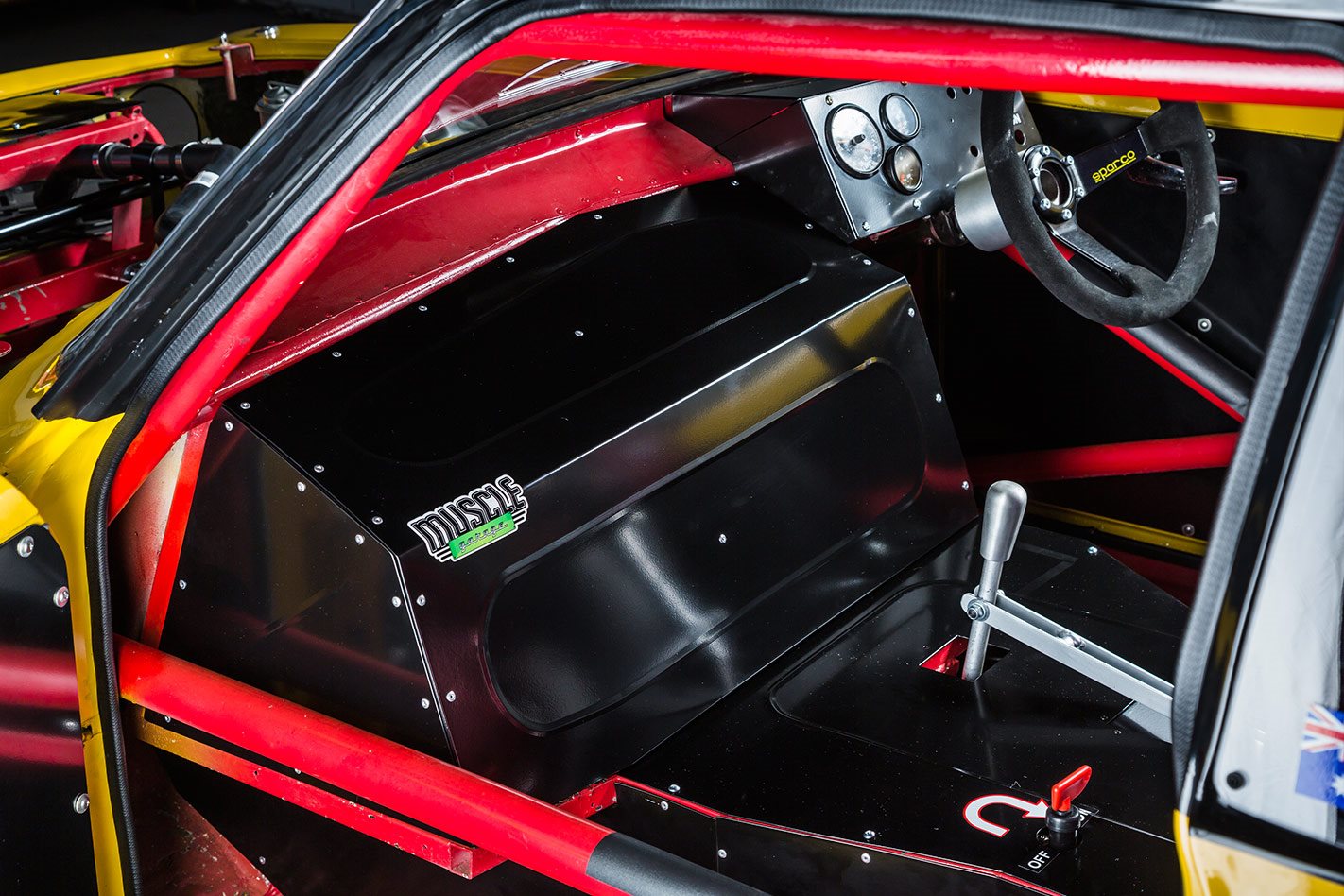 Now that the whirlwind resto is complete, the LJ is primed to return to competition for the first time since 1998. Jason has entered it in the Adelaide Motorsport Festival, and he’s looking forward to punting it around the old GP track. And while everything’s for sale at the right price, he wants to spend the next year or so enjoying the Torana while he kicks on with yet another historically significant Sports Sedan project in the background. 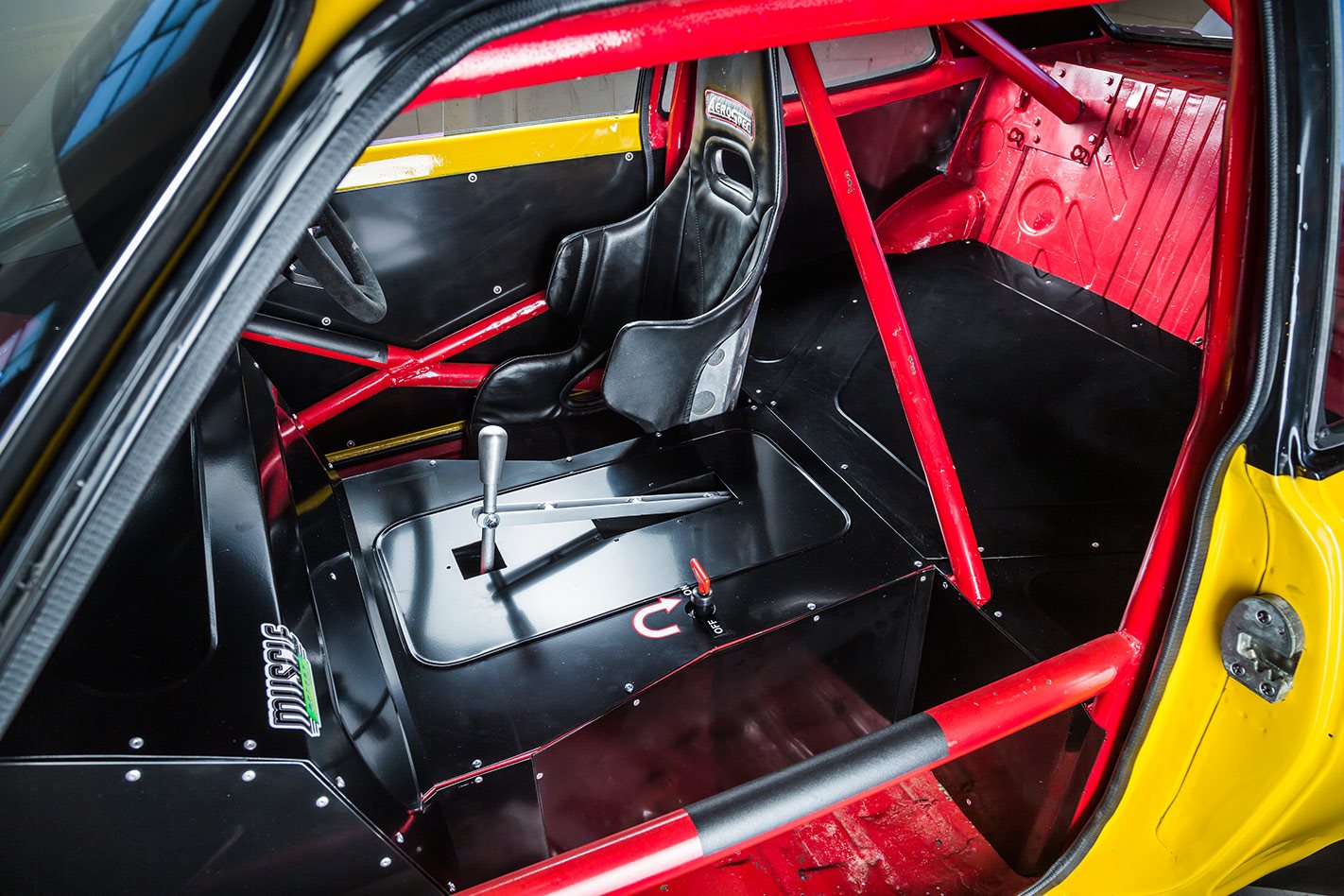 No rest for the wicked, eh Jase?

THE car that kick-started Jason’s love affair with historic Sport Sedans is this oh-so-cool XE Falcon. The limited information Jason has been able to gather on the car suggests it was built in Queensland by a gentleman by the name of John Butler, after his 307ci Chev-powered EH Holden Sports Sedan was damaged beyond repair in a crash. The driveline was salvaged, and John put together this Falcon as a full tube-chassis car around the EH’s motor and gearbox. 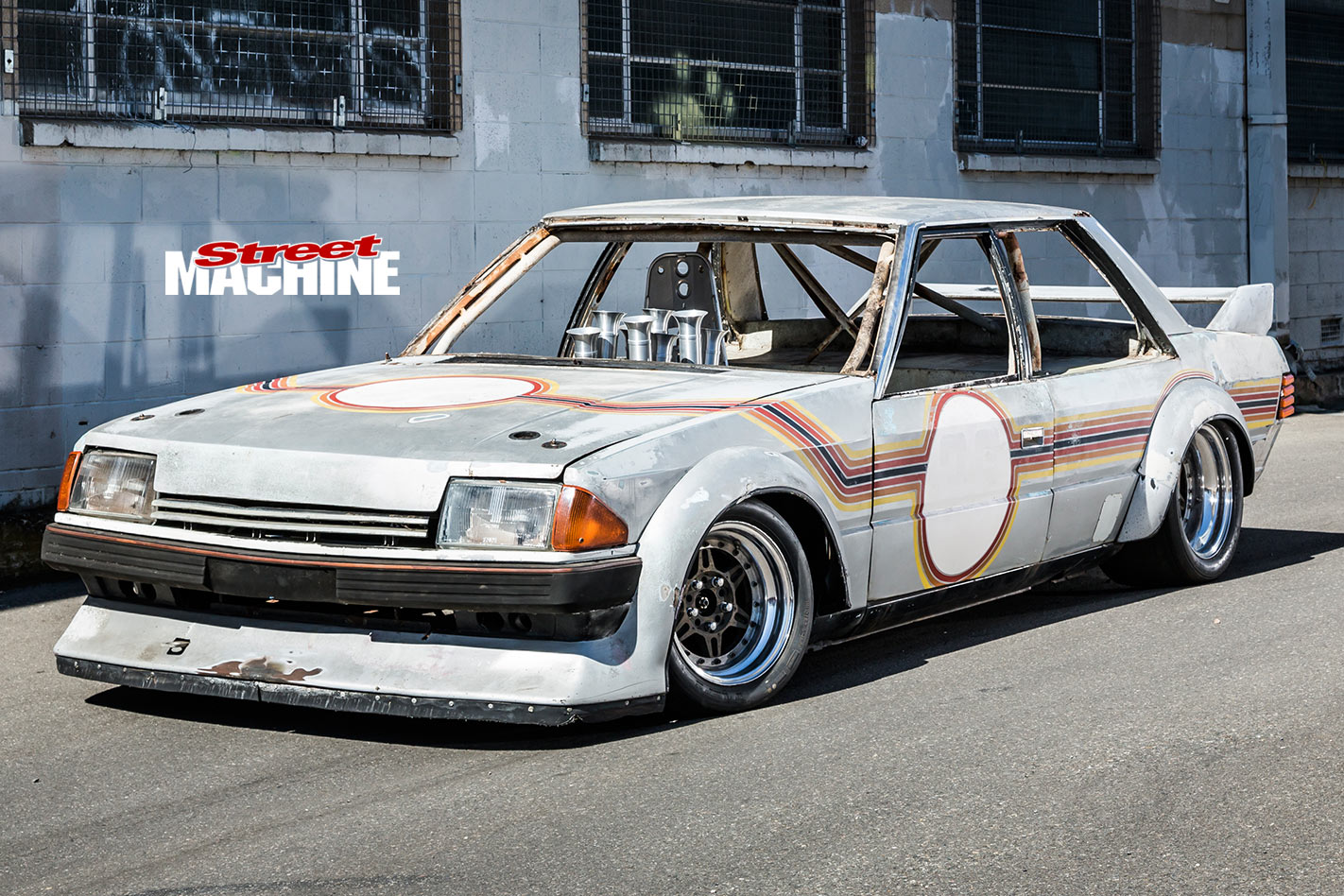 “The car was literally a chassis with a body on it when I found it,” Jason says. “It had no wheels, no driveline, no suspension – nothing. It was built in 1983, last raced in 1993 or ’94, and stripped and shoved under a gumtree in the late 90s.

“So far we’ve set it up with a 307ci short motor, Top Loader and a braced nine-inch, and got it rolling and steering. That meant fabricating the front control arms and rear four-link from scratch. All we had to go off was the mounting points on the chassis, and research around what other cars of the era had – whether they used square or round tube, heim joints or ball joints – and then we just started from the mounting points out. It’s all been done in moly and uses HQ spindles and brakes and a Torana steering rack.

“The coolest part about the car is the livery – it’s still as it was originally painted in the early 80s. I don’t want to repaint it!” 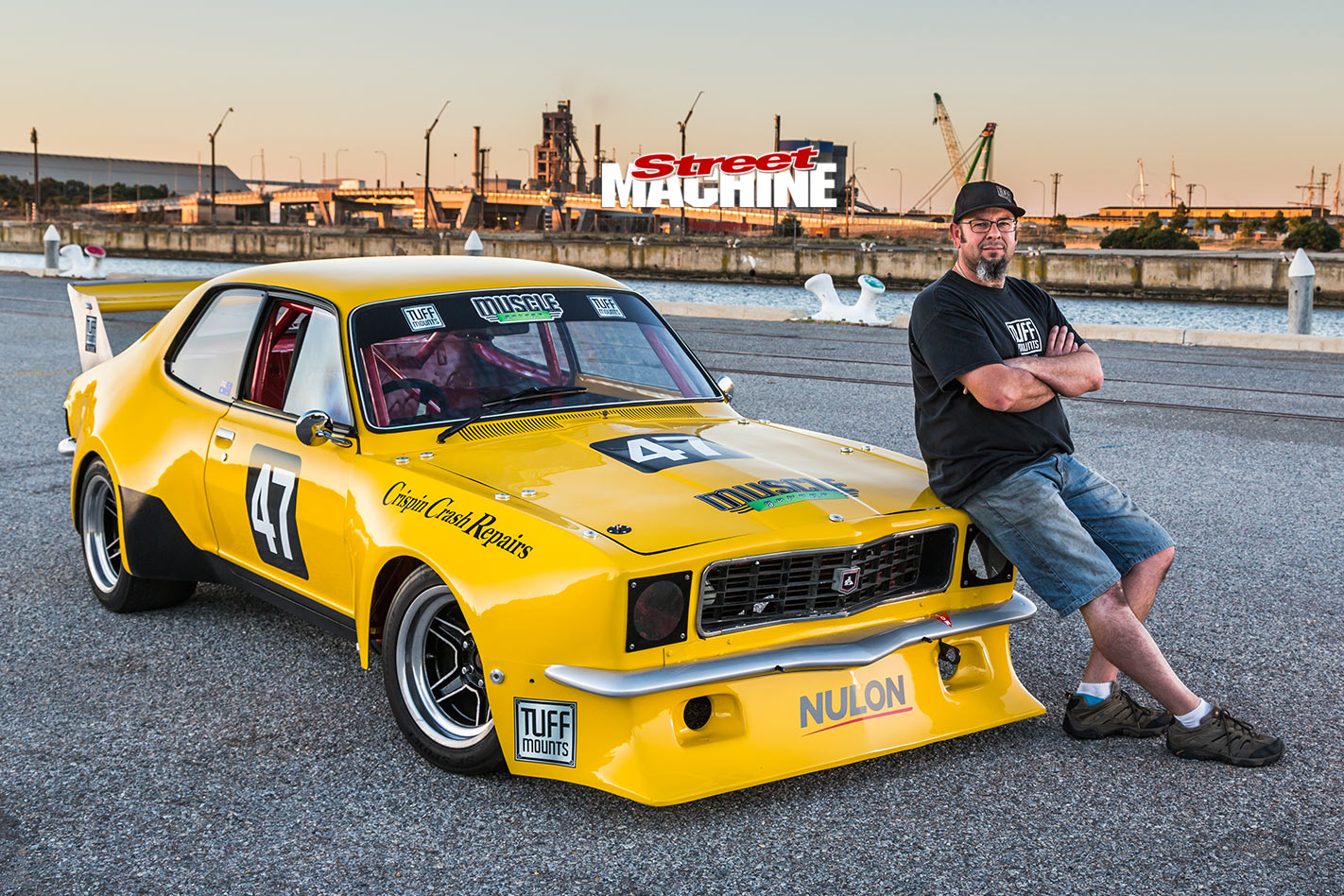