When the pressure's on, you don't want your Holden V8 running dry

BACK in the late 60s, when Holden’s engineers were settling the design of their all-new Aussie 253/308ci V8, they never envisaged the extremes to which its power output would be pushed a couple of decades later. Which is why 253/308s have a number of inherent weaknesses — none worse than the dreaded lack of oil pressure in performance applications.

Given that the vast majority of engine failures can be traced back to an oil pressure issue, you can see that maintaining adequate pressure is vital.

In the past, typical fixes included high-volume and high-pressure pumps, blue-printed pumps, expensive block preparation, restrictive pushrods and external oil plumbing. All of these fixes helped, but still tended to be inadequate. Stepping up to an expensive and complex dry-sump was the only truly effective solution — until now!

Having struggled with the Holden V8’s oiling issues for many years, Ned Sassine at Holden V8 specialists Hercules Competition Engines decided to solve the problem once and for all – using a simple and elegant solution.

The core issue with the 308’s oiling system is the spur-gear design of the factory oil pump. This style of pump is fine for engines that spend most of their lives under 4000rpm. However, once engine rpm extends beyond this level, spur-gear style pumps begin to suffer from cavitation. Resulting in a flat line — or more often an actual decrease — in oil pressure as revs rises.

Hercules’s solution is to retro-fit a gerotor-style pump — a positive-displacement design that’s far less susceptible to cavitation. Gerotor-style pumps were original fitment on many performance V8s including all Fords, all Mopars and on many modern engines including Chev LS — none of which suffer the poor oil pressure issues that plague the 308. 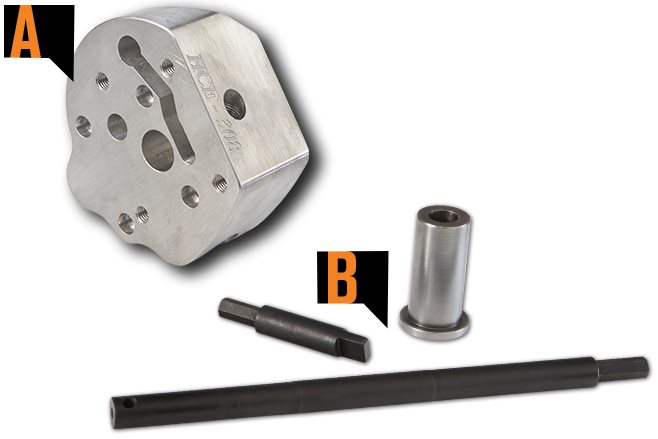 To mate the production gerotor pump to the Holden V8, Hercules developed a unique adaptor block and drive mechanism (shown above, A). There are two drive mechanism options (B) — an adaptor-drive that slots onto the end of the factory drive or a completely new one-piece drive.

The one-piece drive can only be installed before the engine is assembled, while the adaptor drive is ideal for those looking to add the new pump to an in-service engine. The pump itself is a high-quality unit manufactured by Mellings and is one of its tried and true offerings. 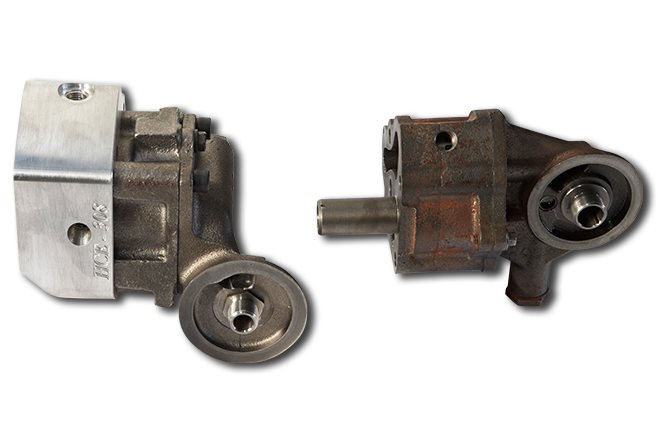 Best of all, the pump and adaptor bolt straight up to the factory location and do not protrude any further than the factory set-up (above), so there are no clearance issues, even in the tightest chassis.

It does, however, slightly rotate the pump’s main bulk a few degrees downwards, which marginally drops the height of the filter element (C & D, below). Hercules have found this to be a small issue on some Commodores, which then require an 8-10mm shim between the sway bar mounts and the chassis to attain the appropriate clearance between the filter and sway bar. 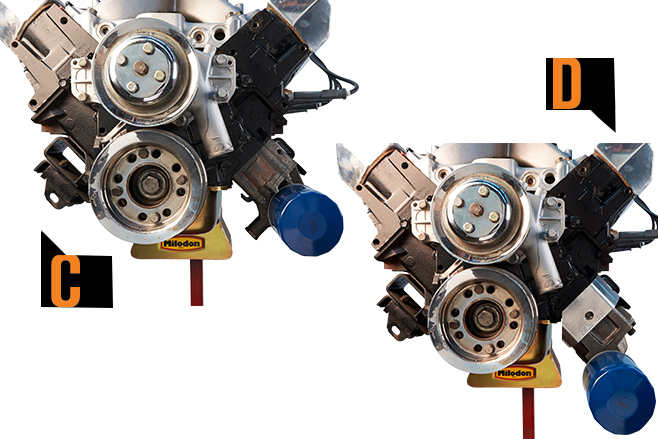 Filter wise, the new pump will accept the large Z9, short Z10 or the small Z419, all of which are commonly available everywhere.

The pump and adaptor can be purchased as a combination from Hercules (02 9718 0189) or through Precision International (www.precisionintl.com) in either standard pressure (ML308ML63) or high-pressure (ML308ML63HP) variants complete with all the necessary fasteners and gaskets. It’s all too easy really. 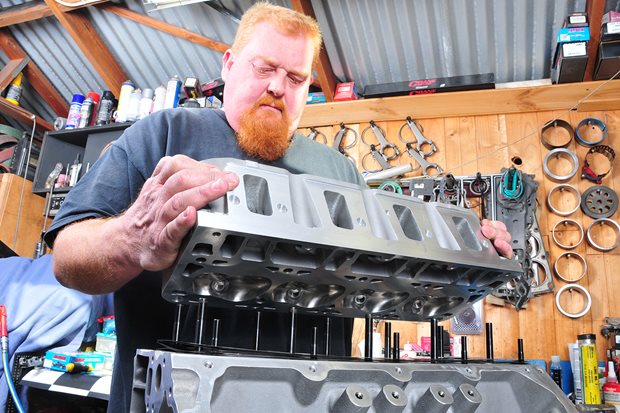 How much power can you wring out of what looks like a standard LS? 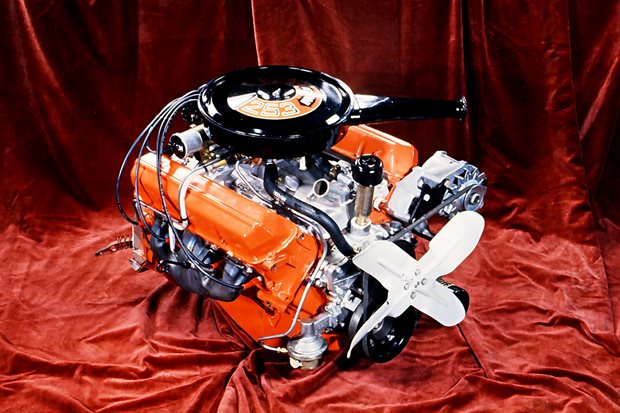 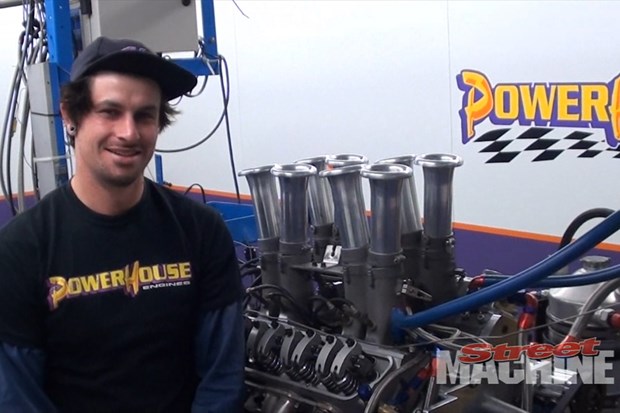 Holden’s 253ci V8 has never been at the top of anyone’s wish list, but maybe that will change after watching this video