IT’S common to find people winding back the clock when choosing a ‘new’ vehicle, as they attempt to find their comfortable niche within the car scene. Stephen Dariz is one such bloke who has dabbled with plenty of cool metal over the years – be it street machines, customs or choppers – but found his calling with the raised attitude and mechanical mayhem of a traditional gasser.

STEPHEN dubbed this XT GT ‘The Fakemont’. “It began life as a six-banger, column-shift Fairmont,” he says. “Bought in ’93, it was my first real car and I spent most of my apprentice wages restoring it and buying GT bits. Oh, and booze! Ultimately, the puzzle came together with the help of my brother Mick who owned an orange XW GT. He built a stout and crispy 351 Windsor donk backed by a C4 auto with a 3000 stall and mini-spooled nine-inch diff. It all came to an end in 1999 when I stupidly sold it for an embarrassing price, plus a Suzuki Stockman. Yes, I’ve given myself several smacks over that, too.” THIS HZ panel van was a genuine Sandman found in original condition. It served as a home away from home for Stephen on a six-month trip halfway around Australia. “The 308 never missed a beat and it took on everything from endless highways to rugged dirt roads in its stride. It would easily do 100mph with the surfboards and pod strapped to the roof, and it was a rad feeling to scream past all the oldies in their campervans,” he laughs. “I sold it in 2008 to a guy in Perth who wanted to restore it, but I always hoped that he left it as a survivor.” THIS ’82 Chevrolet C20 pick-up cemented Stephen’s love of the custom, after first dabbling with a ZA Fairlane. “Stock was out. It is way more satisfying to use your imagination to create something fun and different,” he says. “Besides, it was an awesome workhorse to boot. It was a Silverado with a stonkin’ 6.2-litre diesel, so would carry or tow anything. We moved all of our stuff from Sydney to Adelaide in one trip, fully loaded with two motorcycles and a trailer full of gear. I eventually C-notched the chassis and static-dropped it eight inches. It was sold in 2010 to focus on my Buick.” 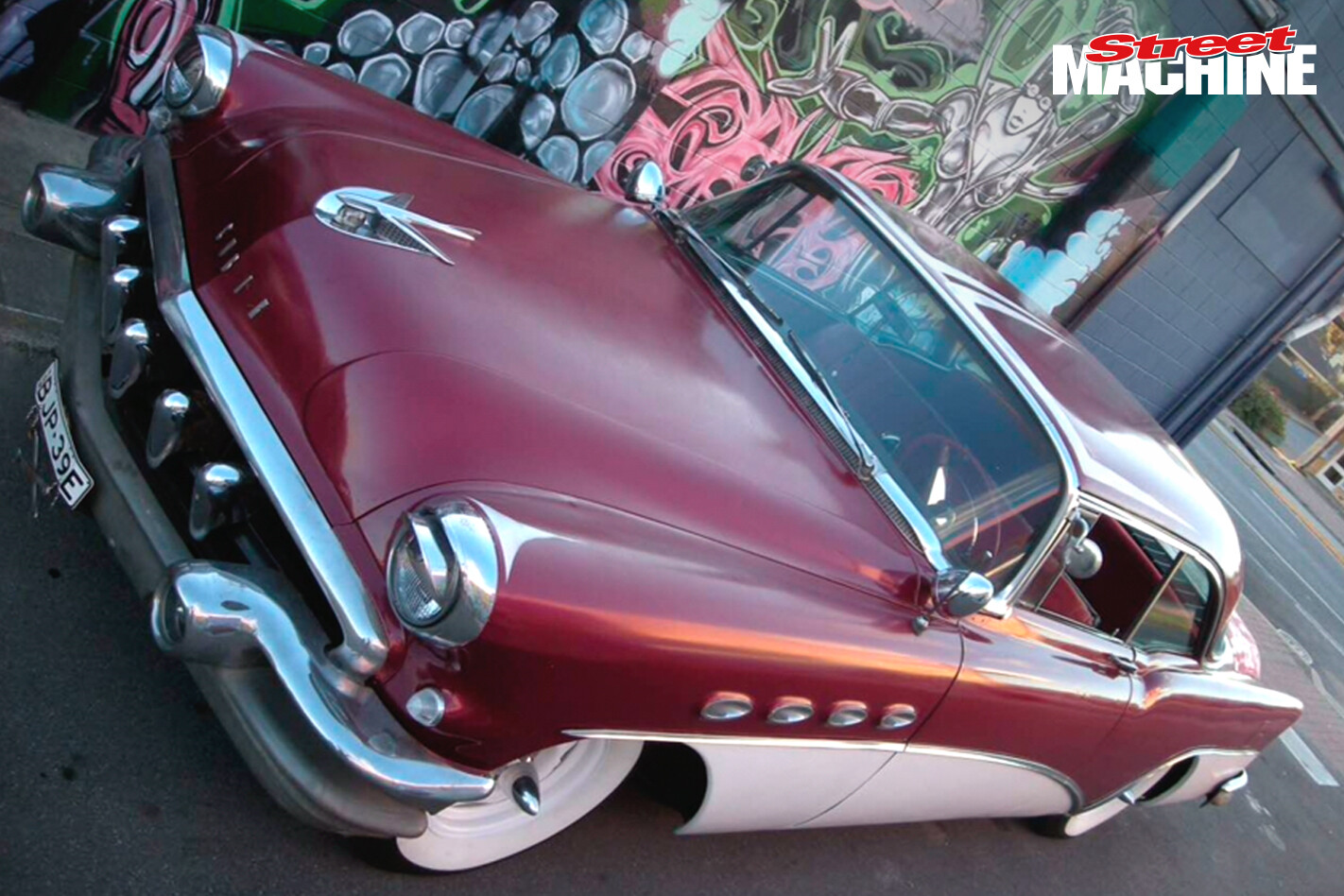 THE ’56 Buick Super pillarless two-door was another favourite. It ran a 322-cube Nailhead engine to which Stephen fitted a tri-power manifold and three 94s. “It was a real gem and looked the part. My partner Morgan helped out a lot on this car, getting all dirty and tackling some of the difficult jobs. We made a custom grille out of FC overriders, debadged it and shaved the rear, as well as giving it a healthy lowering job. Unfortunately, this build ended badly and it pains me to think about it.” 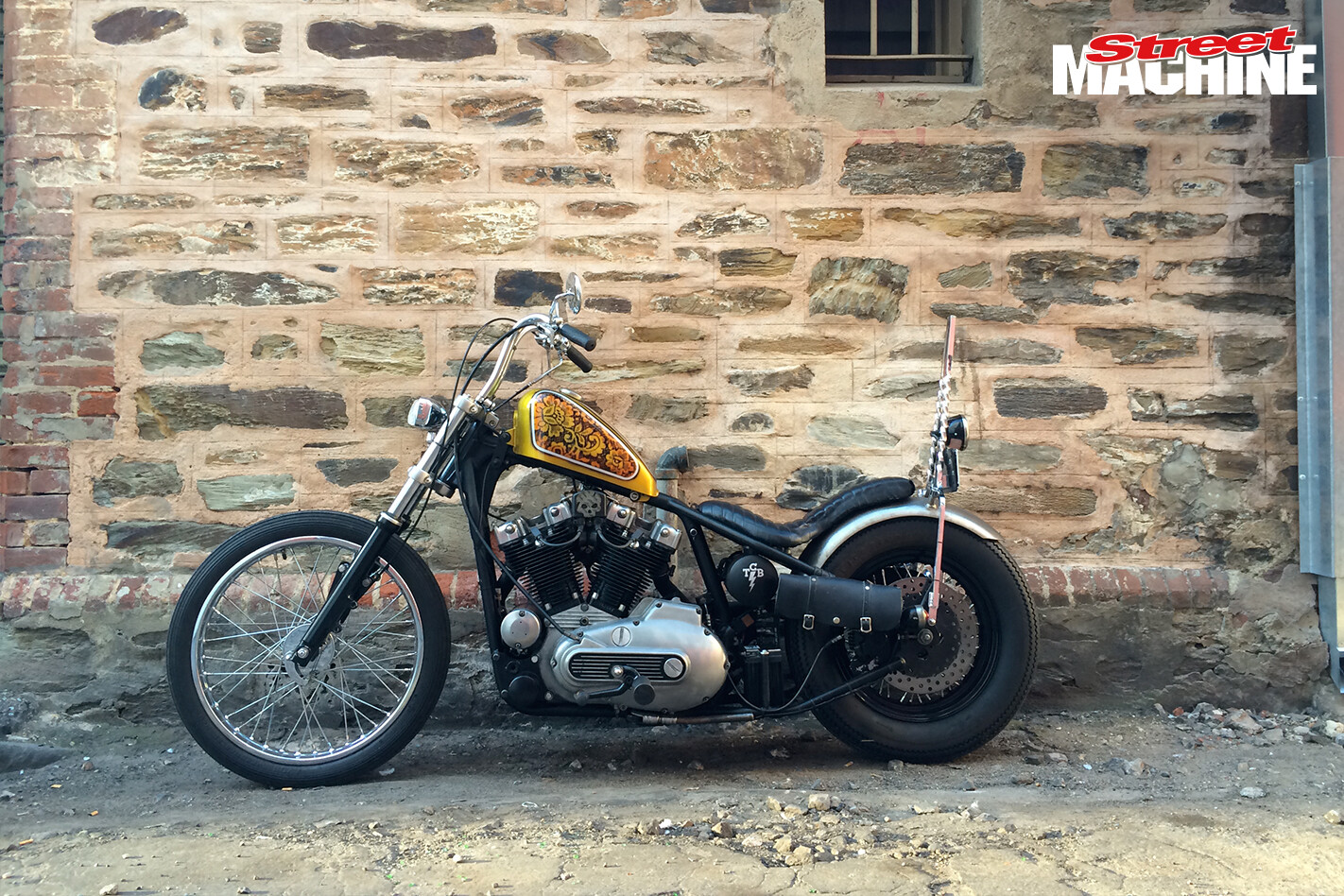 ONE of Stephen’s proudest builds was this 1982 Ironhead Sportster project he began in 2013. “It started life as a regular schmo, but I fully rebuilt and customised pretty much everything and turned it into one bad-arse chopper. It was featured in a couple of magazines before I moved it on in 2015.” A 1948 Dodge is a rarity on our shores, but even rarer when it’s a Club Coupe. “My green Dodge came from South Africa. Everything about it was beautiful and elegant; truly a rolling piece of art. I had big plans for this, but was only able to do half of what I wanted before life’s priorities kicked in. It was sold a couple of years ago.” 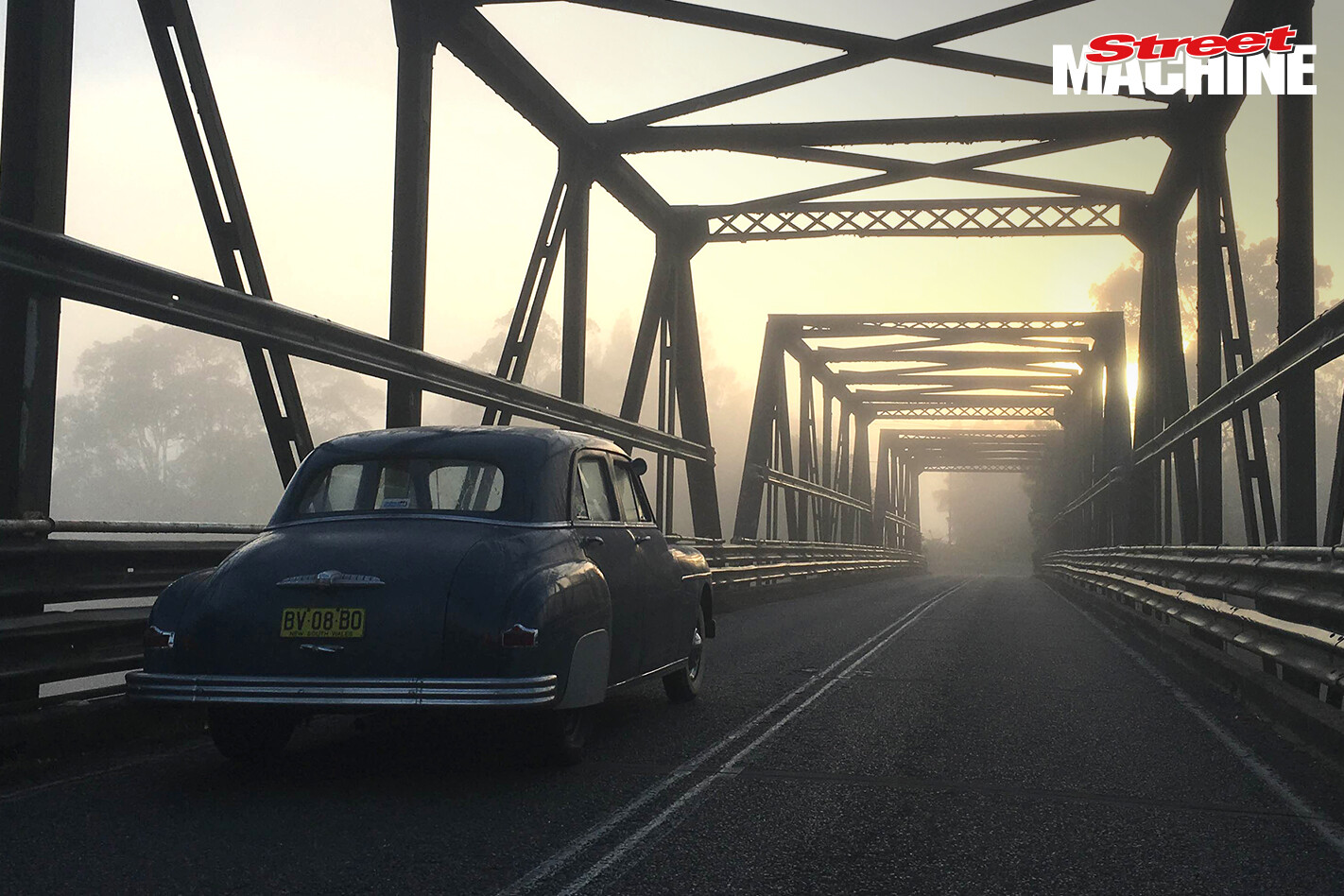 STEPHEN came across this 1950 Dodge sedan in July 2015, after moving back to NSW from SA. “It is a two-owner car from Lismore that is as original as a pie floater – whatever the hell that is,” he laughs. “All of the original gear is there: flathead six-cylinder, three-on-the-tree crash box and six-volt electrics. I haven’t done a lot to it yet as it’s my daily driver, but found time to fit 16in-wide whites and rear skirts. I took this pic just outside Repton on the Bellinger River Bridge.” STEPHEN has owned a few choppers in his time. His current ride is this ’76 Ironhead Sporty boasting a six-inch-over twisted springer front end, risers and ‘Z’ bars. A foot clutch and jockey shift complete the look, along with candy apple red paint and a king/queen seat. 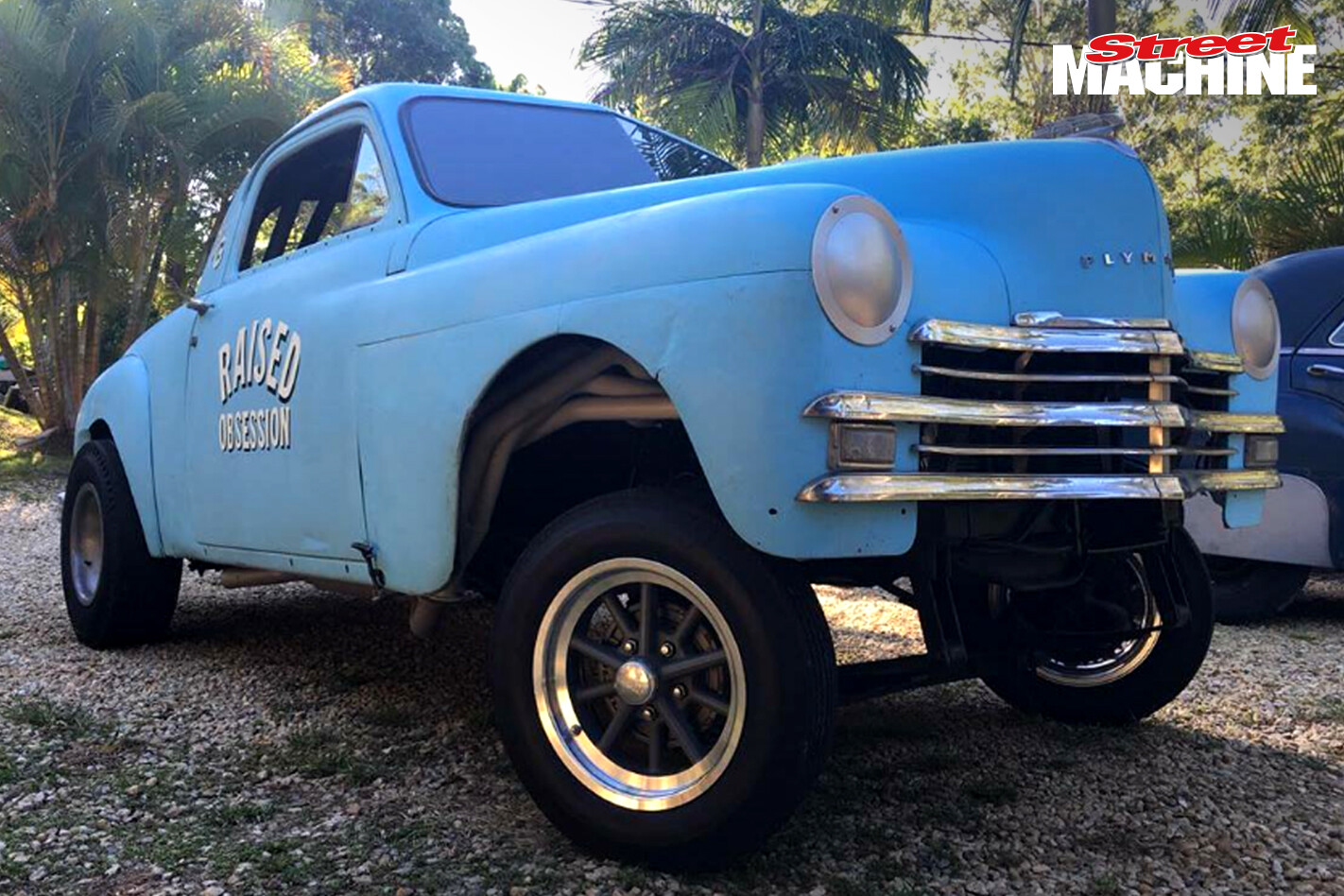 AN obsession with old-school gassers saw Stephen put two and two together to come up with ‘Raised Obsession’, which has its own Facebook and Instagram pages, and a range of merchandise. “The poster child and namesake is my ’49 Plymouth coupe, bought out of New Mexico in August 2014. It was a bit of a basket case, but I couldn’t wait to sink my teeth into it. It runs a 427 Chevy with 60s M/T covers, a quick-shift auto and a nine-inch sporting 4.11s.” Halibrand small-window rims and pie-crust tyres are jammed on the back, while the front spoke rims have been replaced with era-spec skinny slot mags. “The signwriting is the work of Ray Moondog, and I’m hoping to fit a rare 60s cross-ram intake soon. I spend every spare moment working on it and will be showing it at the Boogaloo Invitational in May. I’ll have a vendor stall there, too, so come up and say hi!”