Fitting an R5P7 Mopar mill to the humble Chrysler Centura wasn’t easy, but the result is pure fun!

NO MATTER what marque you follow, it’s hard not to be impressed by NASCAR engines. Ford, Chev and Mopar all make variants, and their huge-revving, 1000-mile endurance makes them the envy of any diehard street machiner.

As the base for a street car they have plenty of wow-factor, just like this R5P7 Mopar donk in Lee Baxter’s KC Centura. This car would have to be one of the wildest sleepers in Australia. 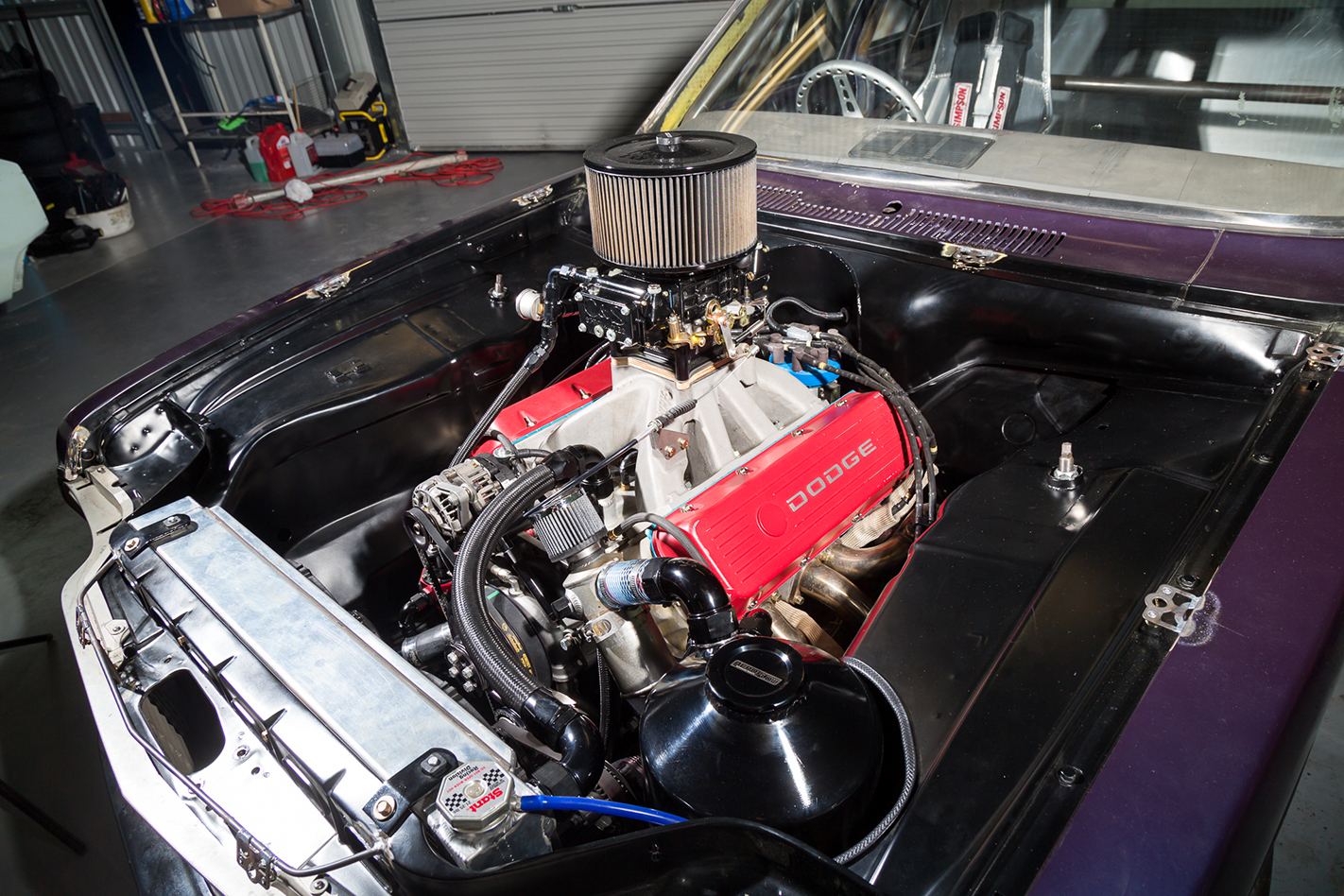 Queensland-based Lee is no stranger to motorsport, and this build started when he was looking to fit an LS1 into a Jeep off-road racer, which he hoped to use in the Finke Desert Race. The class had a 6.0L limit and he naturally wanted the most power possible; bang for buck, it was hard to go past the Mopar engine.

He sourced one from Victorian Steve Day, the engine man behind Daniel Blok’s burnout Valiant. Steve had recently freshened the motor, which on the dyno had made 818hp and 560ft-lb at 8500rpm. 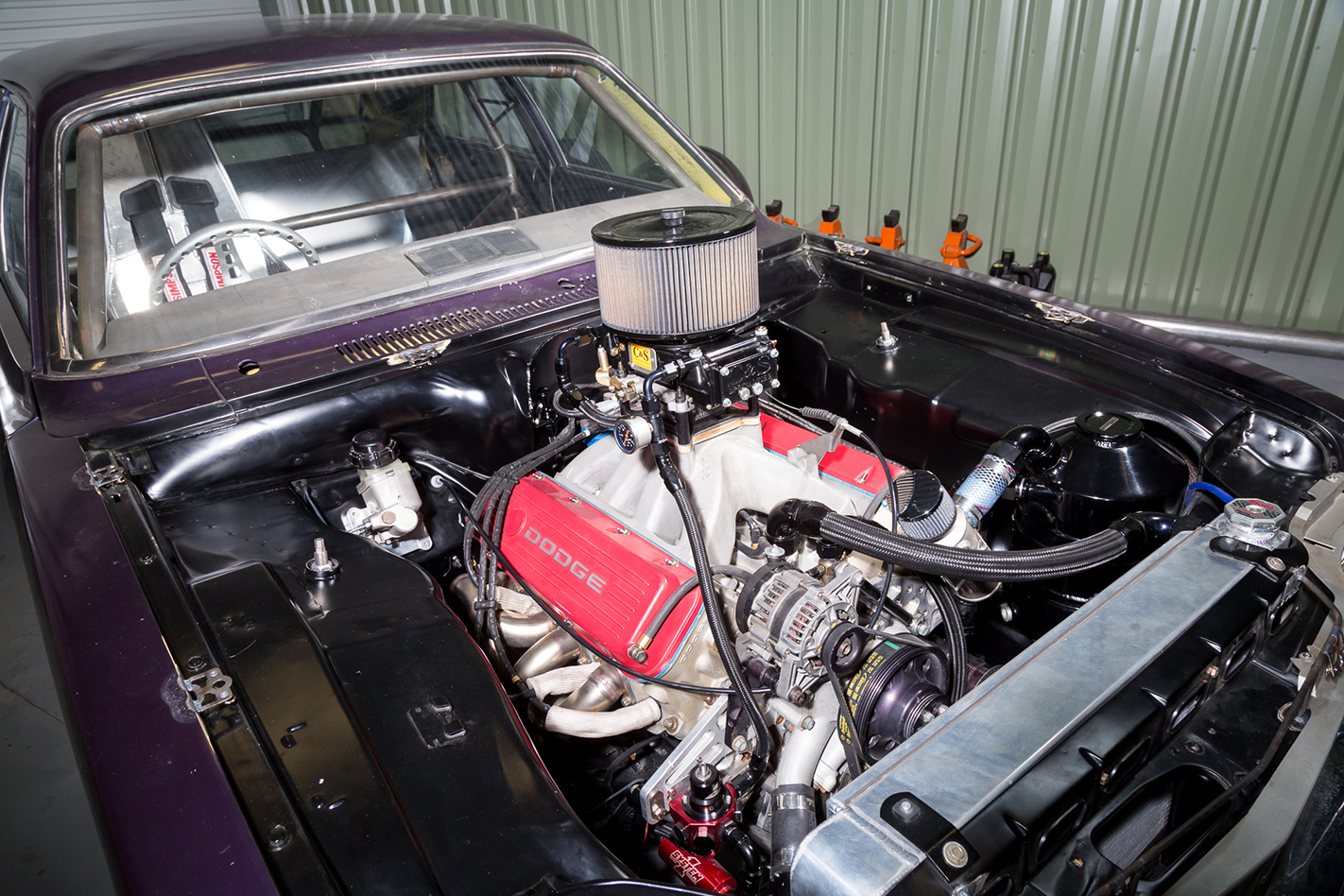 Lee bought the package complete from carby to dry sump, but the Jeep project didn’t pan out, so he decided to drop it into his Centura.

“It was a nasty fit,” Lee says. “We had to recess the firewall and jam a new tunnel in the car to move the engine back 100mm behind the front-wheel centre-line, so it would drive nice.

“Then, as the R5 block runs its own bolt pattern on the block and crank, we had to get Wilson Engineering to custom-make an adaptor to Powerglide/Turbo pattern. 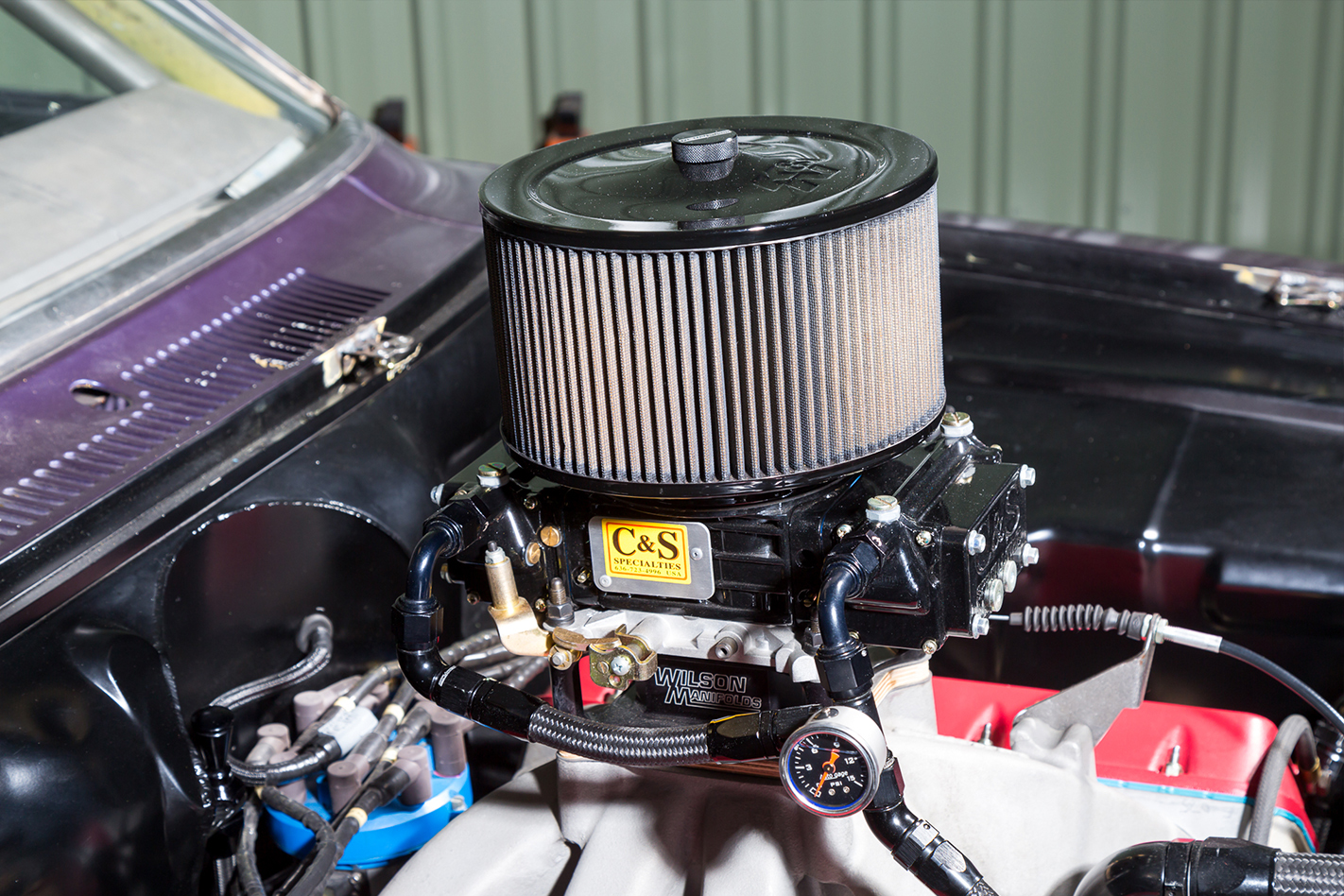 “We ended up using a JW Mopar flexplate and crank adaptor with a Chev converter and a Mopar starter, cocked to an angle to clear the pipes.

“To mount the motor we then used the standard engine plate, which we solid-mounted, and cut the whole K-member out except for the tabs the steering rack bolts to. Then we joined the bottom bolts on the engine plate to the chassis with chrome-moly tubing.” 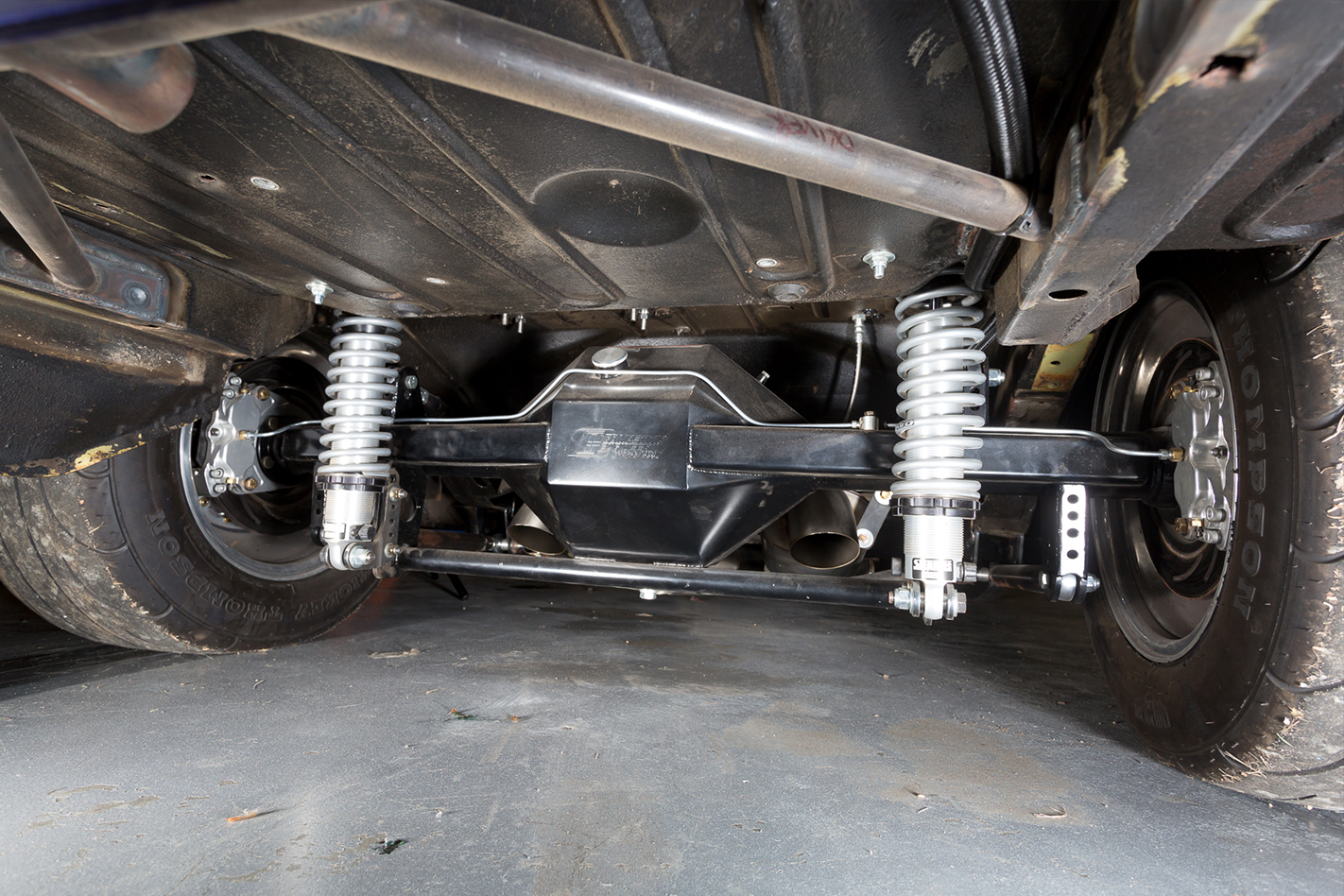 Other major mods included recessing the front inner guard to mount the dry-sump tank and ditching the front factory struts for a set of Strange units.

The engine has all the bells and whistles, with a Bryant billet crank, Carrillo rods, Jesel keyway lifters, T&D rockers, monster pushrods and four-stage dry sump. While the motor was originally dyno-tuned with a 830cfm carb on avgas, Lee has since swapped it out for a 1000cfm Dominator and changed the fuel to E85, which would certainly have liberated a few more ponies. 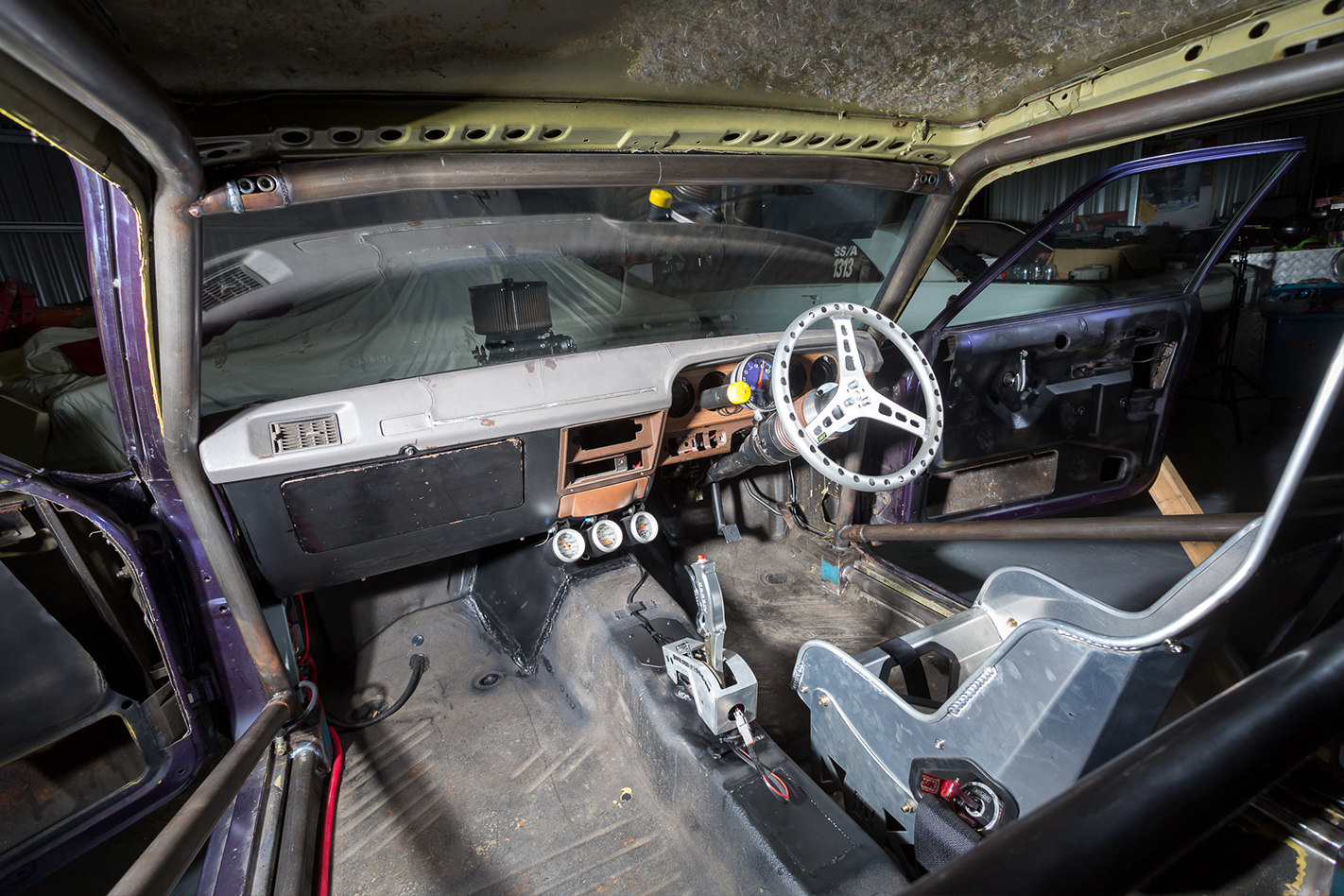 Old Centuras were never known for their prom queen looks, but this car is a veritable Penthouse Pet when it comes to driveline and go-fast goodies; it’s packing some serious bolt ons. Wherever you look there are top-shelf components, from the engine to the full-floating chrome-moly rear-end with heavy duty 40-spline gun-drilled axles and Strange brakes, Mark Williams Pro Stock-style diff centre with a lightened spool and 4.3:1 gear set. 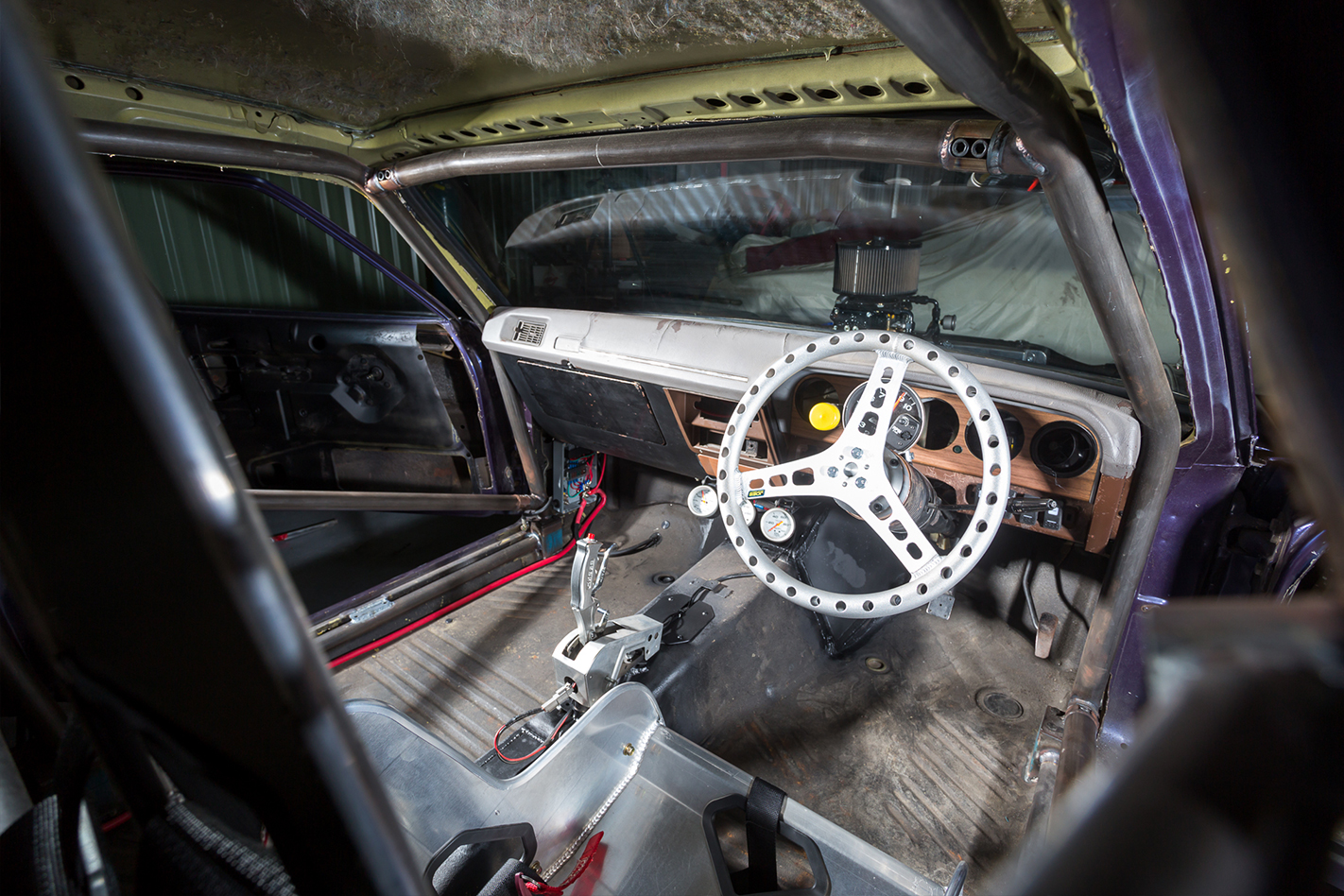 “We ran it for the first time just the other night,” Lee says. “It went 9.45 at 144mph which is pretty good for its first run. On the Moroso speed calculator it shows the car should be able to run into the mid-eights at the current weight, but it’s not going to be a piece of cake, because the car is still only running a 235 tyre.” 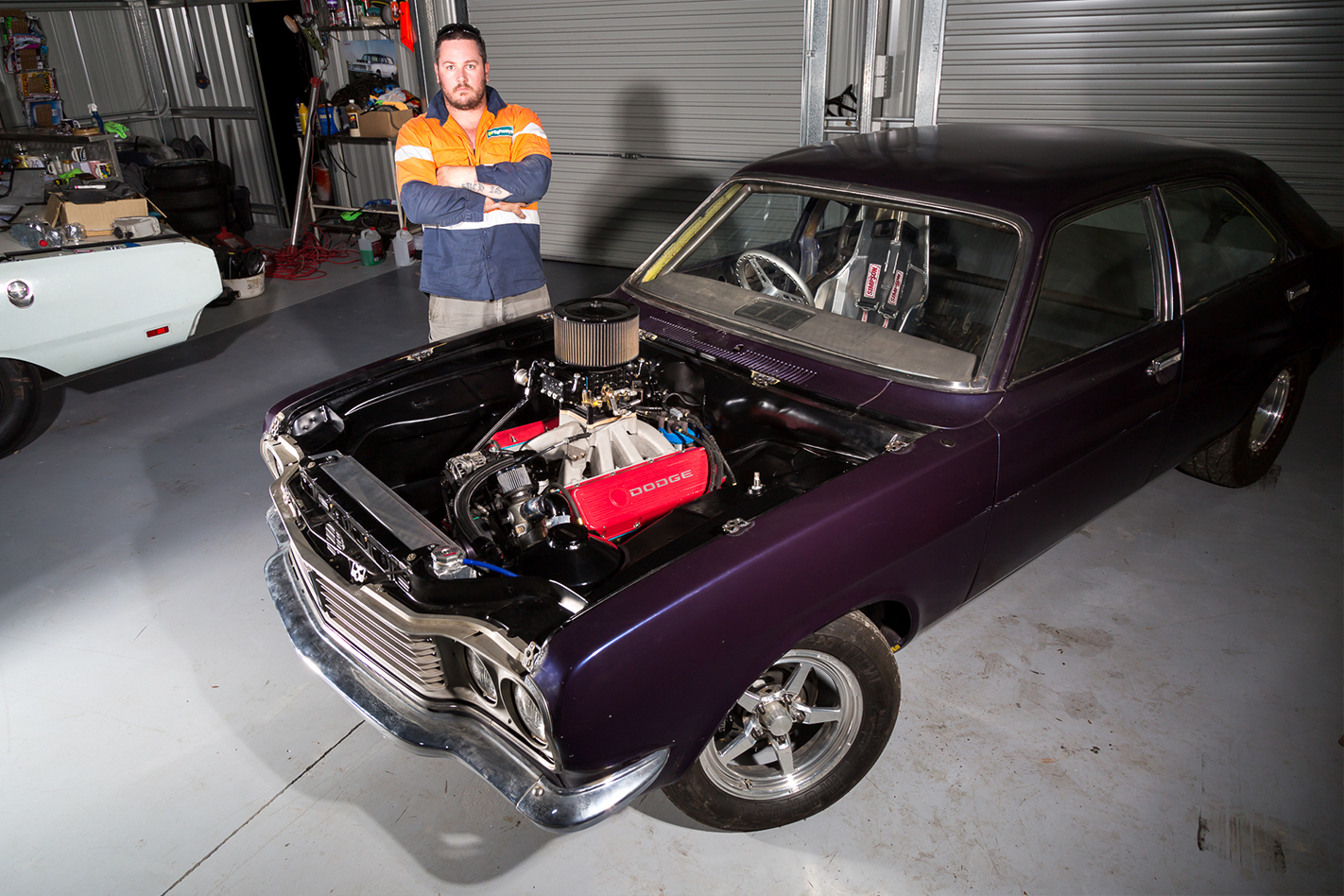 While the car isn’t currently registered, it’s high on the priority list for 2016, and Lee is confident of having it all sorted by mid-year. We reckon he’s sure to have knocked a few more tenths off the ET by then. He’d like to give Jason Kent a big thanks for his help in getting it all together.