THEY broke the mould when they made Neil Young. Few can match him on acoustic guitar, certainly no-one sings like him and even Curt Cobain acknowledged him as the godfather of grunge. A superstar way back in 1970 with Crosby, Stills, Nash & Young, he headlined the Big Day Out concerts in 2009 to sell-out crowds.

Famously, he is his own man, beholden to no-one; not his band-mates, not the recording industry nor even sometimes his fans. He is notoriously private, immensely wealthy and not a little eccentric.

After a lifetime trying to change the world with his songs, Neil Young is now on a mission to change the world with one of his cars. Or at least change how we get around it. The 63-year-old hippy loves his classic yank tanks but is also concerned about the environment and America’s dependence on imported crude oil. And so he has set himself the task of getting 100 miles per US gallon (2.4l/100km) out of his 1959 Lincoln Continental Mark IV. 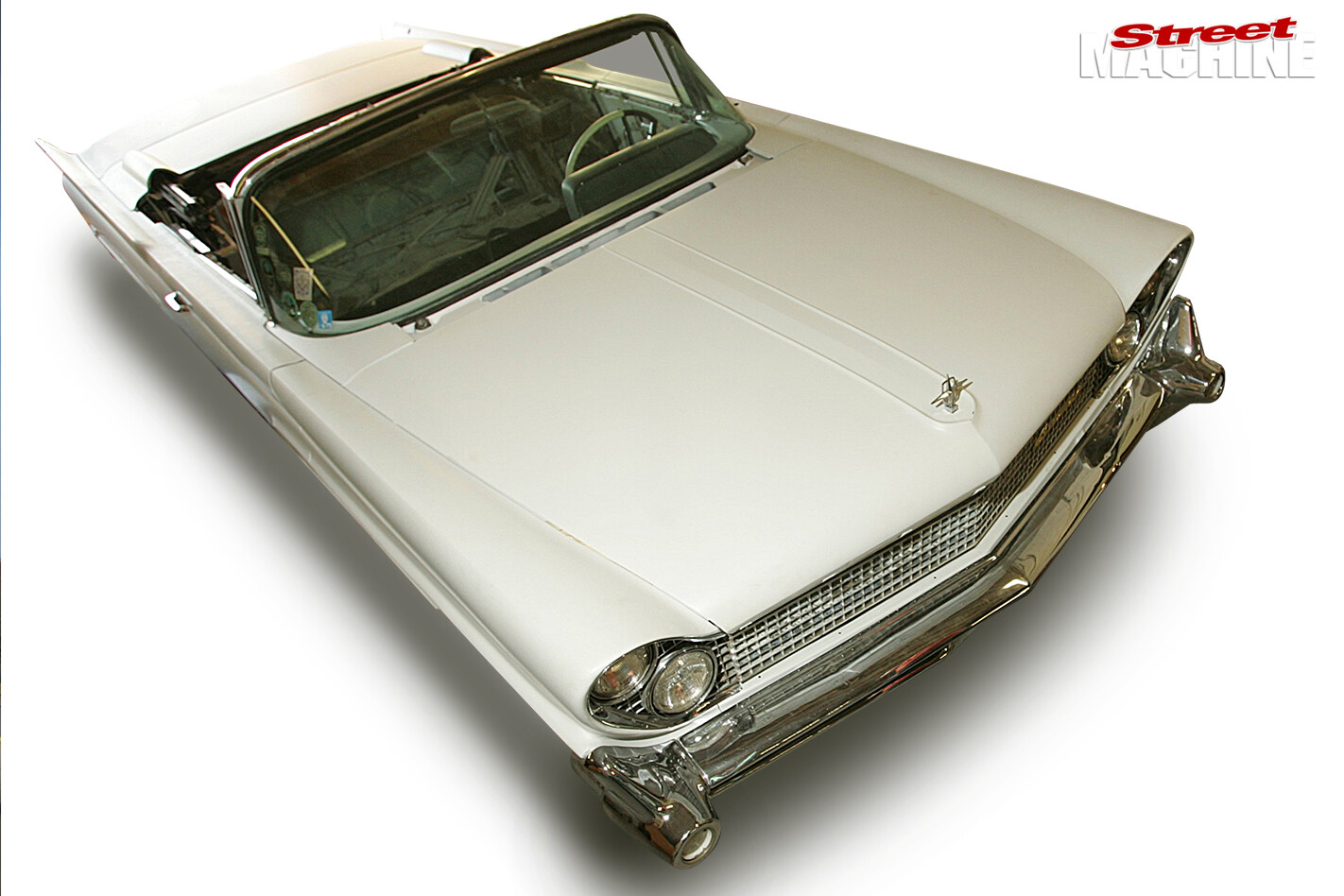 The mammoth Lincoln was Ford’s answer to GM’s Cadillac, and 1959 was a good year for both. Young told The New York Times that of all the cars in his collection, the Lincoln was his “favourite of the craziest and most out-there designs that American automobile manufacturers had come up with. I thought it would be a good poster child for the latest in technology.”

Young doesn’t believe that we should be forced to drive small boring cars which nobody wants, just to save the planet.

“With all this talk about gas, people are saying we should go to small cars,” he says. “But I love big American cars with power. Why give up on that? “America is never going to be frugal. It’s too big; the roads are too long, the people are big, they like big cars. So there’s a challenge to figure out how to retain all those things and be clean.

“We’re using this car because it doesn’t go against the flow... my theory is you go with the flow and then the change will happen quickly. People want big cars. Let’s build a big, smart car. What’s the problem?”

Young’s daily driver is a 1982 diesel-powered Mercedes coupe, which he runs on used vegetable oil from a local restaurant. “It’s is a good source of fuel,” he reckons. “It’s working for me. It’s clean and it doesn’t smell bad.” The man behind the project, Jonathan Goodwin of SAE Energy

So his first thought was to ditch the Lincoln’s 350hp 429ci V8, which was lucky to get 12mpg, for a turbo diesel V8 from Johnathon Goodwin’s SAE Energy in Wichita, Kansas. Goodwin specialises in replacing big petrol V8s with turbo diesels running on renewable fuels, improving fuel efficiency by up to four times without sacrificing performance. Jobs for high-profile clients include a Jeep for California Governor Arnie Schwarzenegger.

But diesel, Young decided, was a Band-Aid, so he set himself (and Goodwin) the goal of running on even cleaner fuels. The result is LincVolt. As the name implies, the 2.4-tonne Continental is now powered by an electric motor, but one that can run all day without having to plug into the mains.

“This is America,” he says. “Its roads are big. It’s a big country. This car’s a Continental. It says Continental. That’s what it wants, maybe drive to Las Vegas, across the desert, drive to California, pull a trailer.” At the heart of LincVolt is an electric motor, some high-tech batteries, a simple single-rotor Wankel engine and some canny hydrogen technology from Goodwin’s colleague Uli Kruger, a German physicist who now lives in Australia.

Kruger has spent many years researching ways for blending fuels that aren’t supposed to mix. One of his successful experiments was to blend hydrogen into the air intake of a diesel engine. The diesel combustion ignites the hydrogen, which he discovered could displace up to 50 per cent of the diesel that would otherwise be used.

The LincVolt rotary is tuned to run at one speed only; that is, the minimum required to keep the batteries charged. Initially this was 3000rpm, but engine speed is gradually being reduced as dyno and road tests determine how much electricity is actually needed. 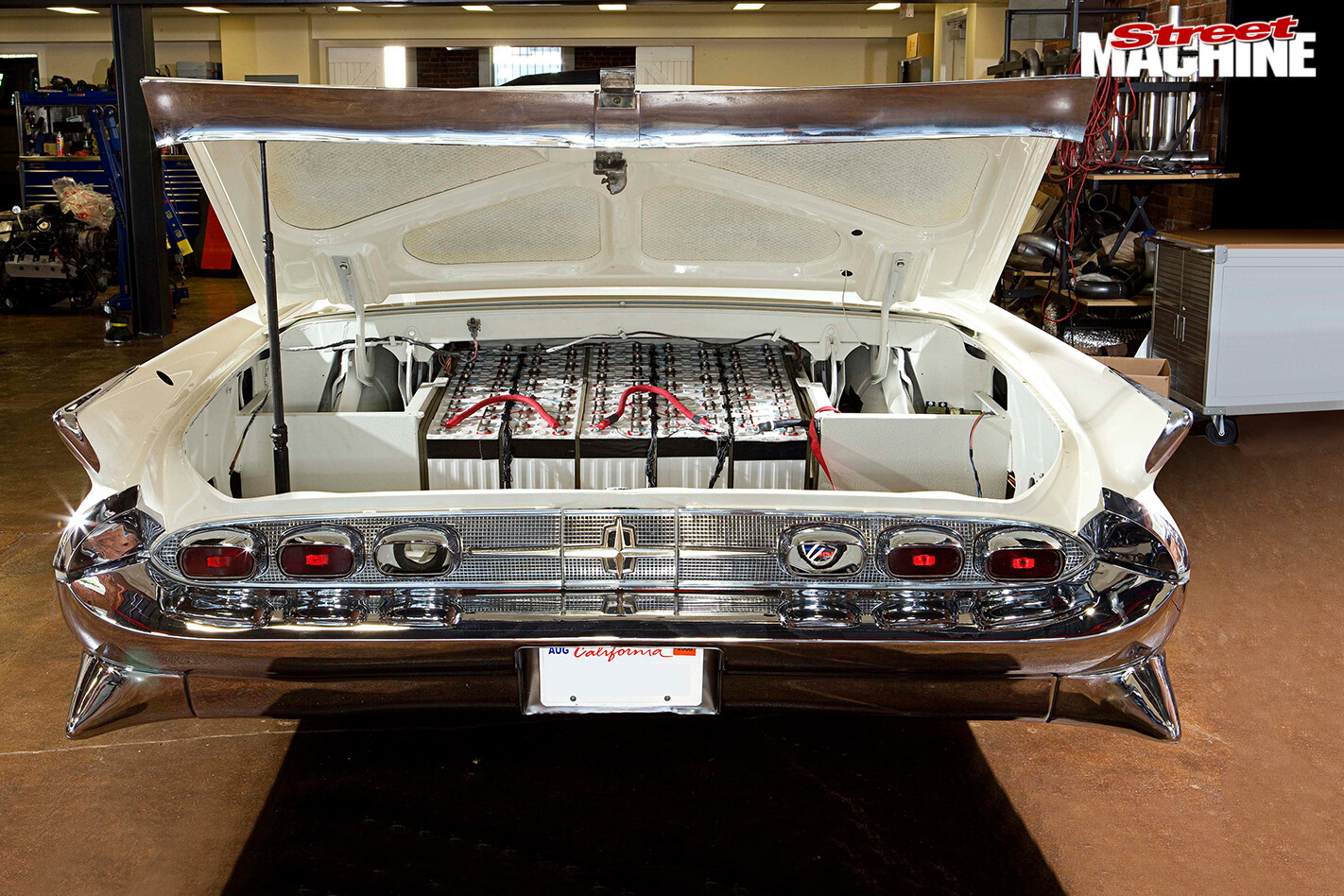 The little donk has been set up to run on petrol or compressed natural gas, but also features Kruger’s radical hydrogen blending technology. The hydrogen is produced on the run, under the big Ford’s bonnet, from water, by electrolysis, then mixed with petrol or CNG. The blended ‘water gas’ powers the rotary, which generates electricity to not only charge the batteries and power the drive motor, but also power the hydrogen splitter.

On combustion, the hydrogen gas is turned back into water, which assists in cooling the rotary before being collected from the exhaust and re-used to make more hydrogen. It’s not exactly perpetual motion but it is a model of recycling and amazingly efficient. Neil Young can still belt out a good hard rock song. This was taken at the Hard Rock Calling music festival on June 27, 2009 in London

“We’re not as fast off the line as an internal combustion engine is,” Young admits, despite the electric motor being reputedly good for around 500ft/lb. “But we are fast when you get going – like five to 10 miles an hour, you put your foot in this thing and it’s just scary.” And quiet.

“She was awesome,” Young said after a recent test run. “Her acceleration was incredible, she moved with hardly a sound; it was so quiet we could hear the wind.” On a recent trip from Kansas to California, the huge Lincoln cruised all day at 80mph (130km/h) and still managed better than 50mpg, or well under 5l/100km. Although he’s a multi-squillionaire, Young is also an inveterate tinkerer who likes to get his hands dirty.

“There have been times where Neil will get out of a concert at midnight, charter a $60,000 flight, and come here to work on the project,” says Goodwin. “We’re talking turning wrenches. His desire to learn is what you see in a teenager.”

Rich man’s folly or labour of love, either way it’s a costly one. Young estimates the project will cost around $500,000, not including charter flights.