Nudging $500K if sold in Oz, Rangie paired with gun brand Holland & Holland to create a firearm-themed SUV. The most expensive Range Rover ever came with boot-mounted gun chest but sadly missed the swivelling roof-mounted spottie. 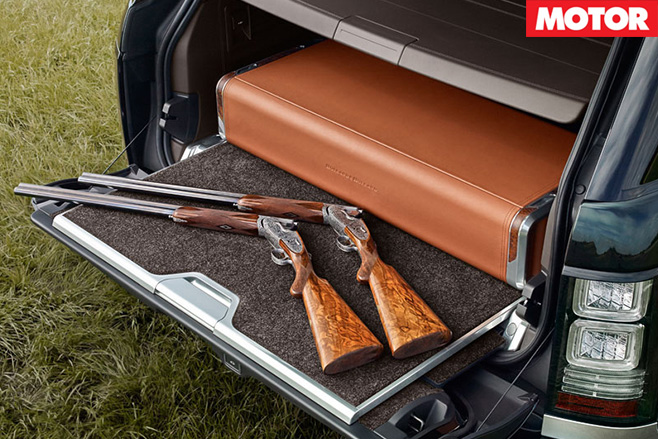 Most car makers are desperately trying to dump weight to meet tightening emissions regs, but Mercedes is happy to laden its high-end vehicles with, err, granite. Though applied in wafer-thin sheets, it’s one car you wouldn’t fit a carbonfibre bonnet. 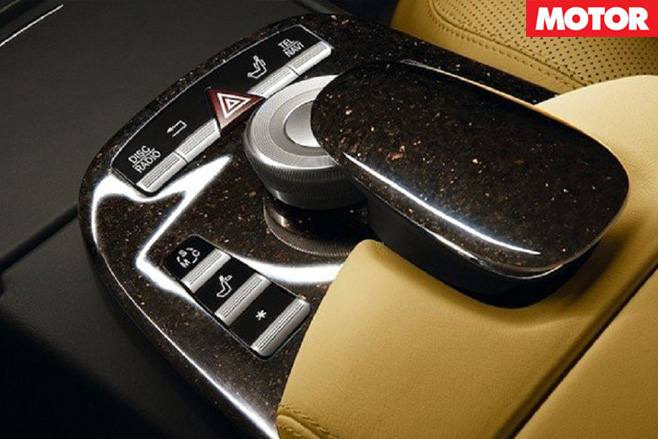 If paying $295K – double the cost of a regular M4 – for the hardcore GTS isn’t enough, you can spend an extra $21,560 on Carbon Compound wheels to save another seven kilograms. Or you could just lay off the tinnies for a bit. 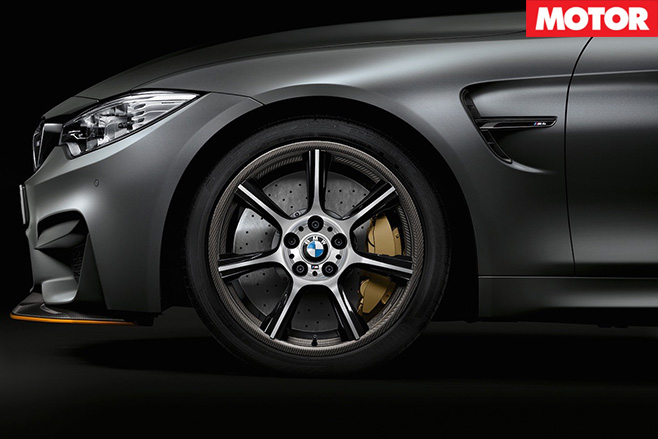 Some of the more impractical options have at least the redeeming virtue of being kind of cool. Lexan windows? Judge for yourself, but on your 695 BiPosto, Abarth will sting you $7K for the privilege. Drive-throughs would be interesting. 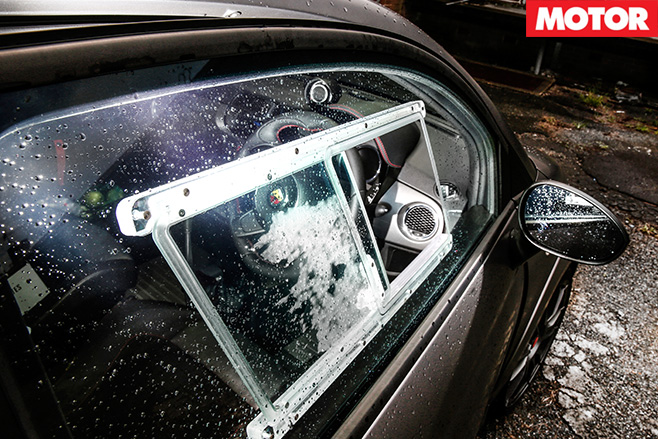 Draw a graph with one line denoting taste and the other wealth and you might see an ‘X’ pattern emerge. Bentley must know this to be true about its own customers – its $423K Bentayga SUV can be optioned with this $300,000 Breitling clock. Not a typo. 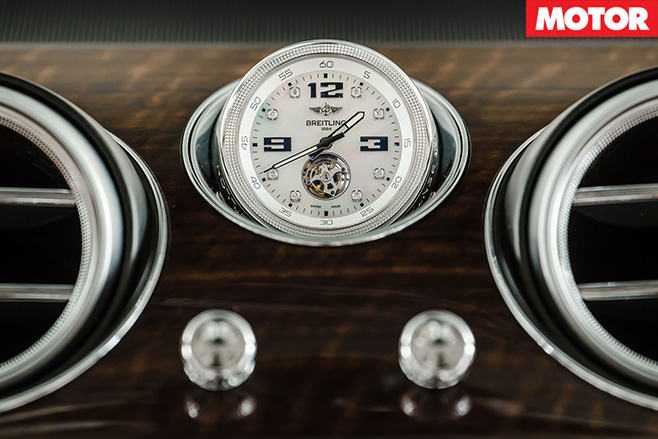 Don’t get us wrong, we like the idea. Straight-cut gear whine, lightning-fast changes. But the Abarth 695 BiPosto’s $15K optional dog-ring gearbox is bipolar – either awesome, or cranky. You’ll be in the latter camp too after a stint in traffic. 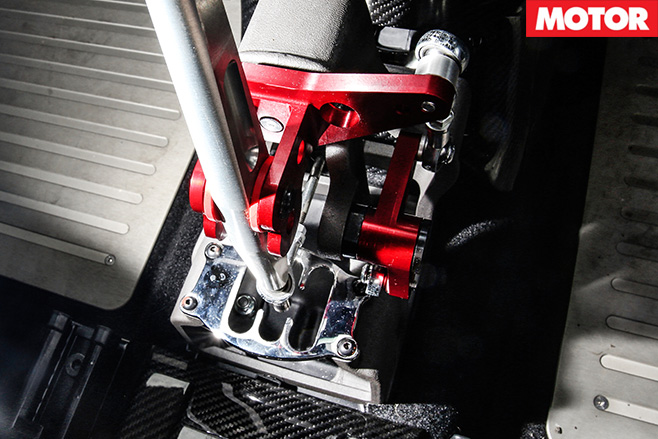 Like the FF and F12, the Ferrari 488 has a little screen for the passenger revealing rpm, speed and gear. It can be turned off, and we suppose it’s of interest, and not just for the passenger – better to spot the self-appointed co-drivers early. 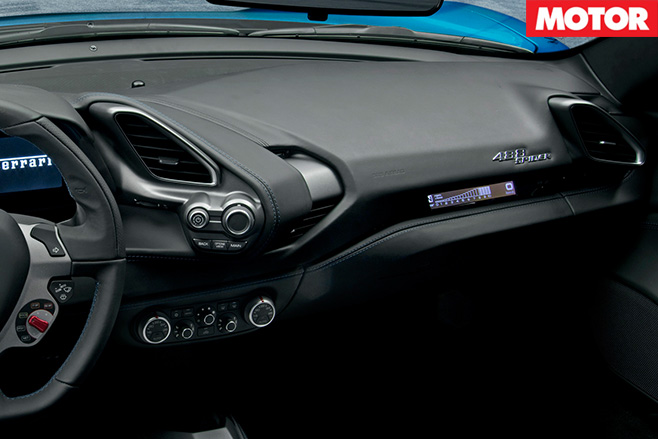 The Ferrari 458 Speciale will go down as one of the best cars MOTOR has ever tested. In truth, we don’t mind these N.A.R.T stripes, a nod to the classic racing Ferraris of the North American Racing Team. But an extra $15K is a bit rich. 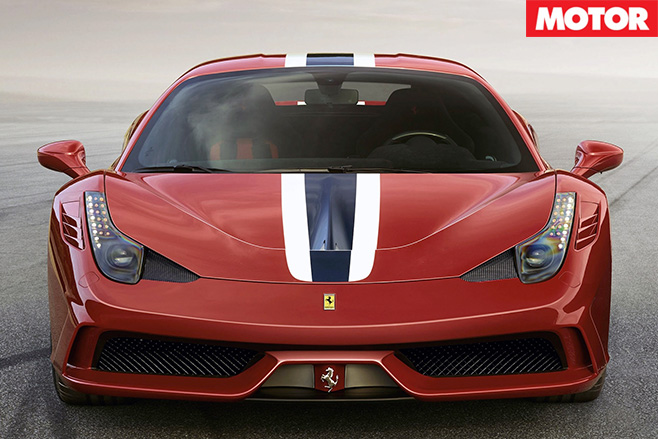 The $368K Range Rover SV Autobiography comes with what it calls “Event Seating”. Folding out for equestrian shows and the like, but also front row seats to quite a show if strapped in on the autobahn. For people you don’t like, obviously. 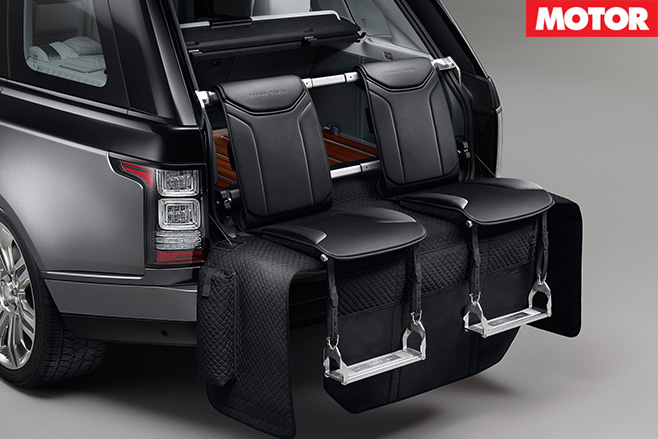 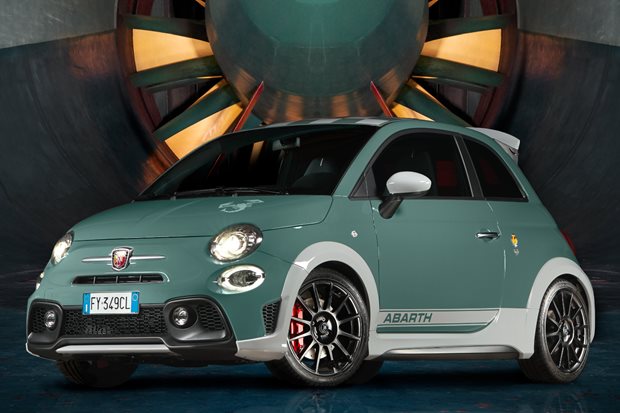