Looking back on Kris Velkovski's nine-second Torry, which proves that retrotech isn't just for cruising!

THE first time the Street Machine crew clapped eyes on this high-tech Torana was on the infield at Heathcote Park Raceway in rural Victoria. Even with the bonnet shut, you could tell this Torry was pretty special. Sure, the car was easy on the eye, but what really got our attention was the tell-tale intercooler wedged behind the classic LC grille. This baby was obviously running with some kind of forced induction, and we had to know more, so we located the owner and prevailed upon him to pop the bonnet and satisfy our curiosity. 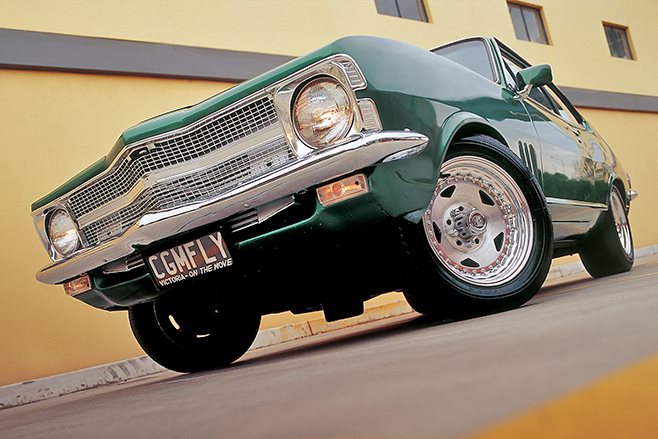 Within about 30 seconds the car was surrounded by a posse of breathless, drooling gawkers – us included! Slotted in place of the traditional red motor was a highly modified six-pot from a VL Commodore turbo. Not only was the motor super-tough, but the swap had been performed with exquisite care. Jamming a high-tech motor into a classic body shell is one thing, but getting the transplant to look like it belongs there is quite another. 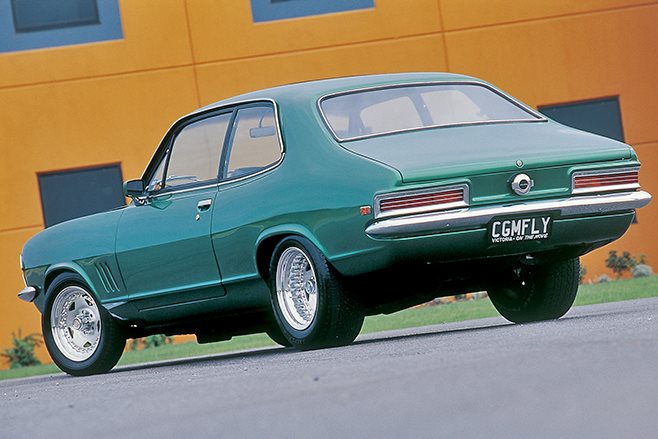 We interrogated the owner, Kris Velkovski, and found out why he had chosen the Hiroshima-screamer powerplant over the traditional bent eight. Turns out that Kris hails from Melbourne, which besides being the home of AFL footy, dodgy weather and good coffee, is also home to a large cult of VL turbo fanatics. One of the leading lights in the scene is Johnson Performance Centre (JPC), which has built a host of quick VLs, including the current champion, Vas Stojanovski’s tubbed Calais, which holds the record with 9.13@151mph.

“My brother Rob built up a worked VL turbo a few years ago and got JPC to help. His engine only had standard internals, but still ran high tens! I was hooked on turbos from then on.” 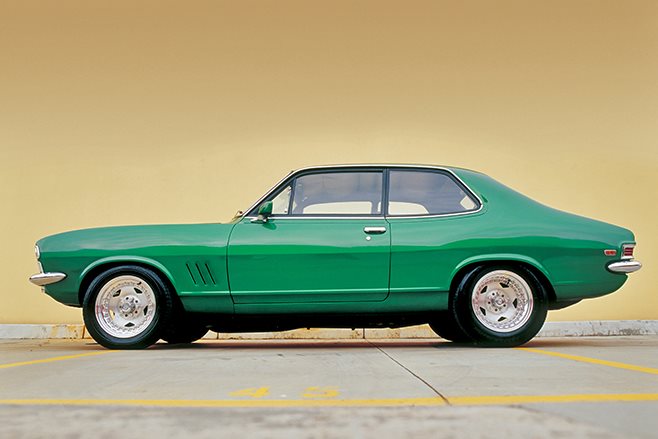 Kris bought the LC as a rolling shell at the tender age of 16 and set about straightening the body and adding the signature GTR gills for that race look. Custom metallic green duco sets the car apart from the sea of XU-1 clones out there, while the GTR-based interior is all class.

With the ‘retro’ side of the equation settled, it was now time to attack the ‘tech’. Kris sourced a tired RB30ET, which was rebuilt by brother Rob to near standard specs, save for a set of heat-treated stocker rods. The swap was performed by Kris and Rob with the help of the boys from Hugo’s Race-Glides, the main tasks being to fit a modified Nissan Patrol sump to clear the crossmember and to fabricate new engine mounts. 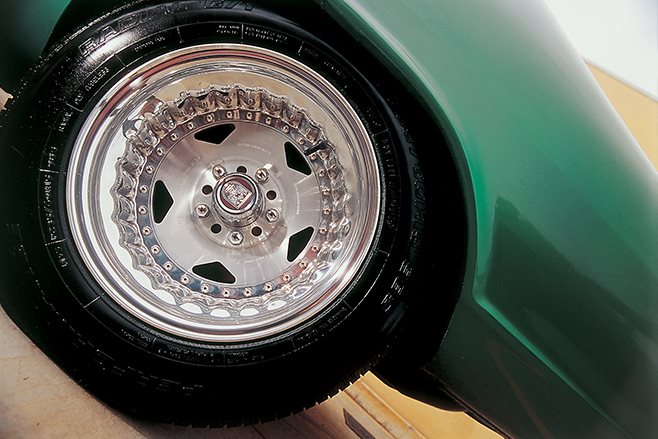 Backing up the RB30ET is a Trimatic three-speed, suitably strengthened and manualised by Hugo’s and fitted with a 3700rpm TCE converter. Instead of the traditional nine-inch, Kris went for a 3.45:1 locked LSD from a VL turbo. This makes good sense, as these diffs have proved reliable behind Melbourne’s toughest VLs and weigh considerably less than a nine-inch. 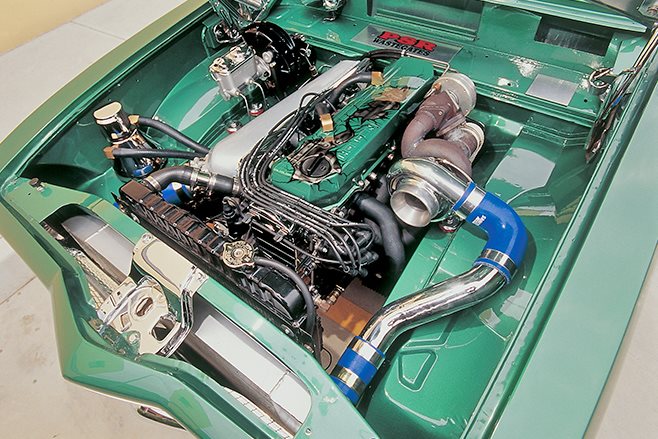 While Kris’s engine has had virtually all the external power-producers replaced, the only internal mods are a set of heat-treated rods. Not bad for a 240 per cent power increase!

With the basic mechanical work done, the car was handed over to JPC to work their magic. While the internals might be near stock, the JPC boys binned just about all the original external bolt-ons and made their own – including the exhaust manifold, intercooler and inlet plenum. These are matched to a hybrid Garret turbo rated at 700hp, a 45mm PSR wastegate and an XF Falcon throttle body. 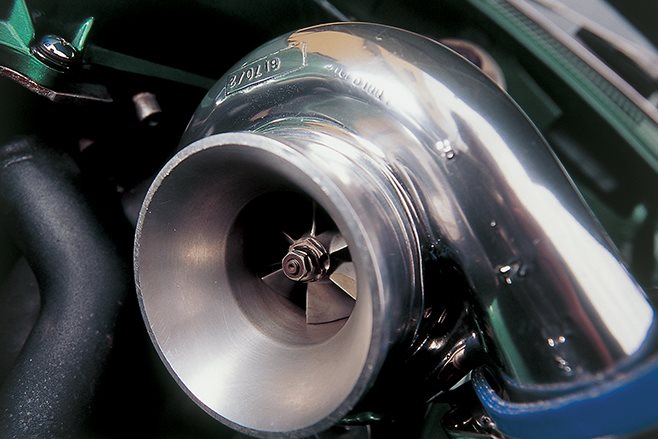 Bulk fuel is provided by a pair of Bosch Motorsport fuel pumps, a custom fuel rail and six Bosch 363 injectors. Spark comes courtesy of an MSD 6A ignition, with the whole shebang managed by a top-shelf Autronic engine management system. The post-turbo exhaust consists of a three-inch single system. 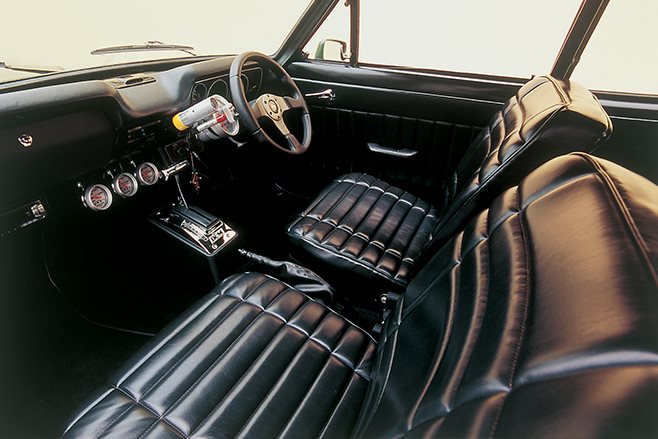 Does it grunt? Hell yeah! Some 482hp at the wheels on JPC’s Dyno Dynamics rolling road. The power translates easily into go-forward at the race track. Fitted with slicks and C16 juice, Kris has wound up the boost to 27psi and hurtled down the quarter in 9.51 seconds at 143mph. And that, folks, makes it the fastest six-cylinder, stock-chassis streeter in Oz, with no nitrous and a full interior! 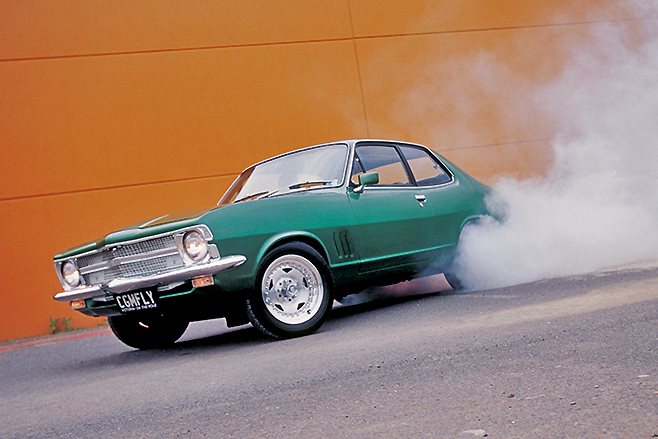 Despite this achievement, Kris is most proud of how quick the car is in pure road trim. With street tyres, pump fuel and 15psi, the Torry runs consistent mid-11s at 125mph. Now that is a quick street car!