JEZZ Gearman’s R31 Skyline made an instant impression on us during the Friday cruise session at Tassie Nats 2019, and the young fella went on to win the top gong of 2019 Grand Champion. We had a chat with Jezz to find out the story of his unusual machine and his first Tassie Nats win.

Was this your first time at Tassie Nats?

No, I had my VL here last time with a built RB25/30 in it, but we reckon there wasn’t enough clearance in the bearings, so the bottom end didn’t last very long out on the pad before things went really bad. So it’s safe to say I haven’t had the best of luck at Tassie Nats before this one. 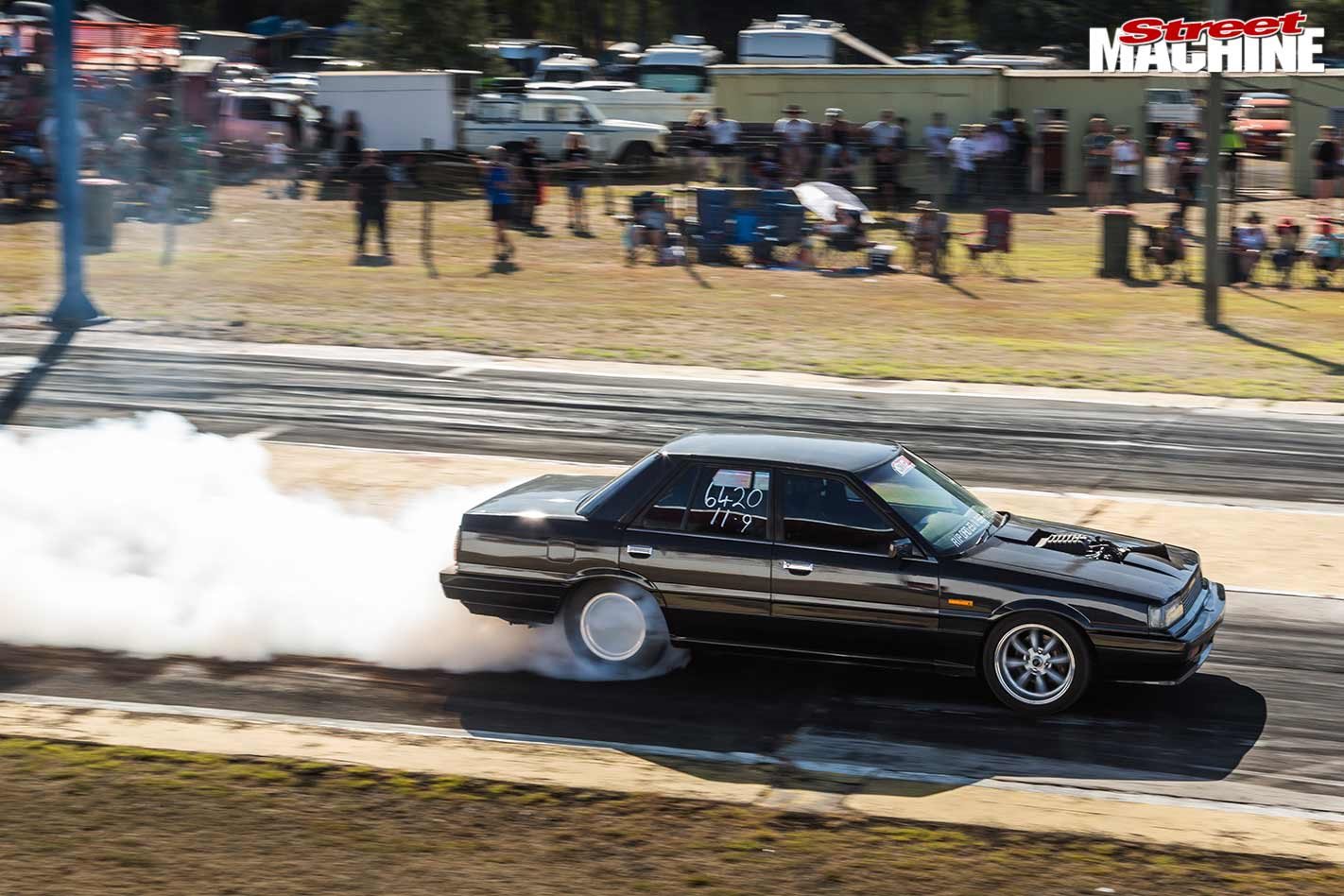 Have you always been into the old Skylines?

I’ve been playing around with R31s for a while now, and I’ve probably had around five of them during that time. This one is a Skyline with an R31 Pintara front end on it, which just means different headlights and grille. More recently we used one to build a prototype before we put this one together, mainly to make sure the LS would fit and work properly.

What’s the story with the driveline now?

It’s an LSA with 655rwhp, with a four-speed manual dogbox and shortened rear end with tubs. We’re hoping to turn it up soon and get over 800rwhp with a new spacer plate, pulley and stuff like that. 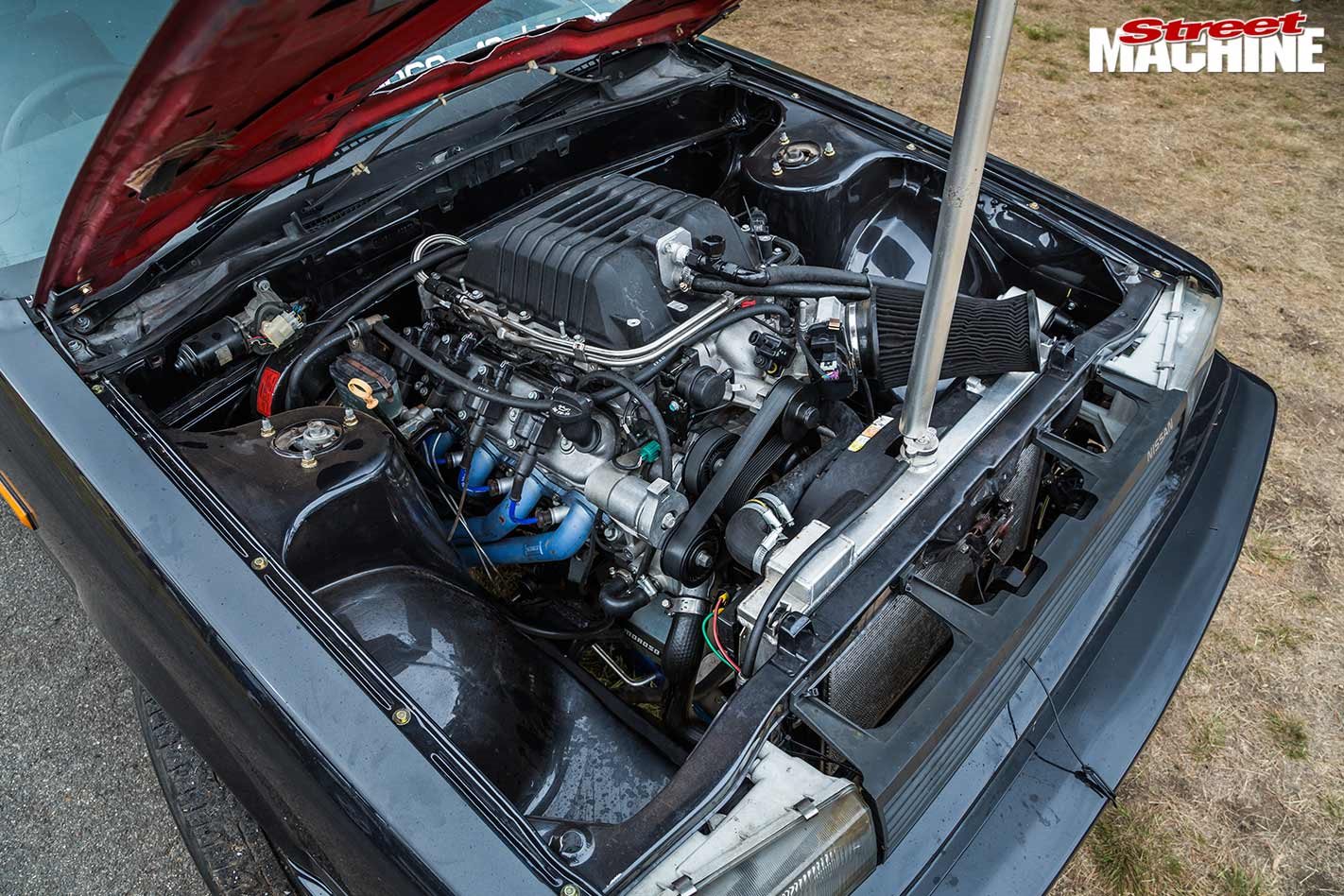 How long did the build take?

Initially we got the tubs done and then the car sat around for a little bit, but overall from roller to running with the new LS took around two months. The car got painted the Thursday before Powercruise Tasmania and we were smashing it back together on Friday morning.

What’s the main purpose for the car? Track or street?

I built it as just a mean all-rounder. The rear end is just a 10-bolt and can be changed really quickly, so it can turn just as easily from a burnout car into a drag or drift car. I don’t really care what I’m doing, so long as I’m tearing it up and having a mean time. It’s still registered as well, so sometimes I even drive it to work. 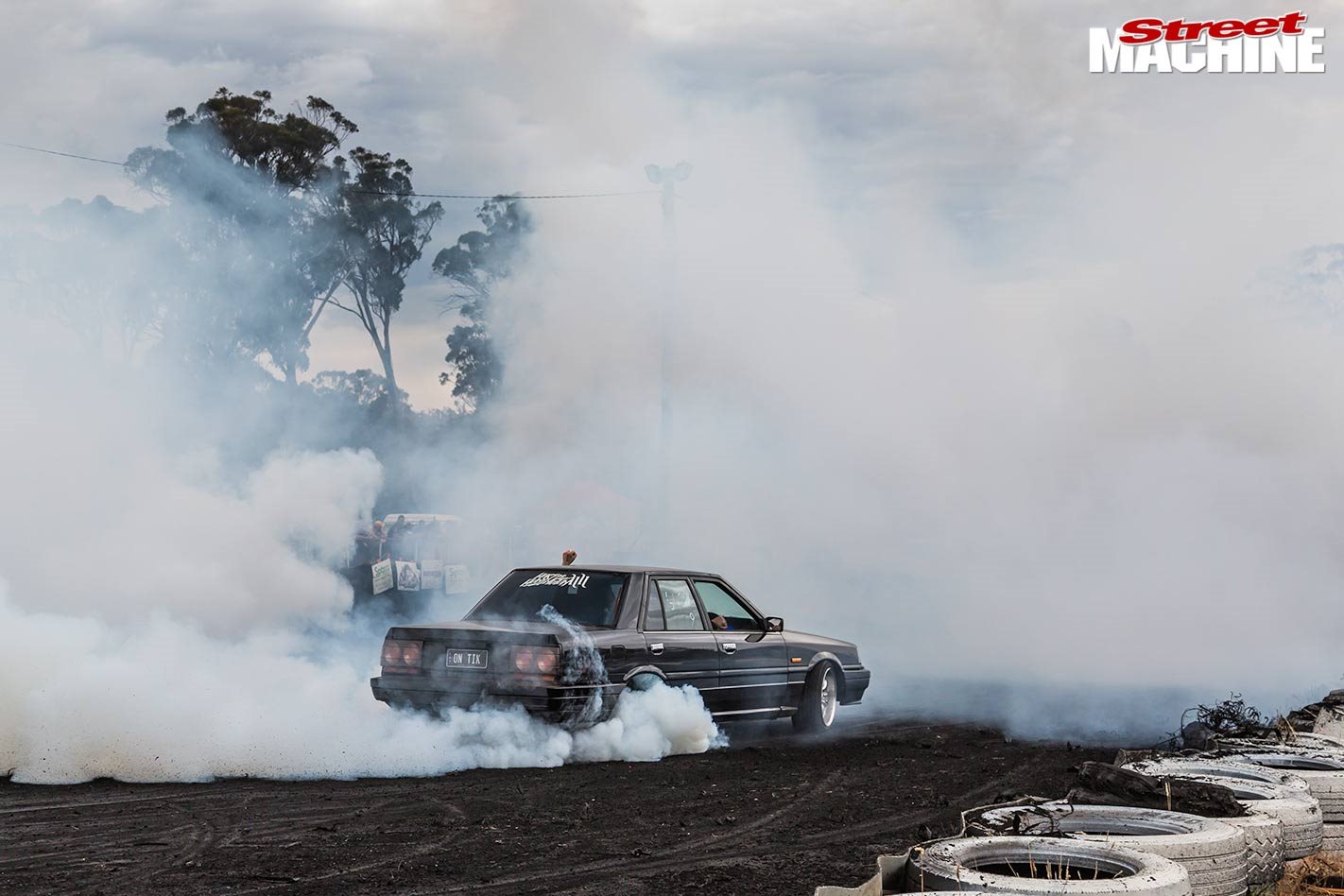 How did it feel to win the Grand Champion award?

It was really awesome; the car went really well in the drags and finished second overall, and most of the burnouts went really well. I did lose reverse in the gearbox, which was the only major drama, but that didn’t stop me, and the powerskids and cruise sessions were heaps of fun. My dad had also passed away only a week before Tassie Nats, so it was really special to get a win at a time like that.

Any future plans for the car?

Other than cranking the horsepower up, I’ve also got a VE Commodore wagon in the build with an aspirated LQ9 set-up that we’re hoping to get 400rwkW out of. My plan is to enter LOO5ENATS at Stawell in Victoria later in the year, tow the R31 with the VE and enter both cars into the burnouts for the weekend. If one car breaks the other car can tow it home!