This six-cylinder Holden LX Torana is razor-sharp and a modern take on old school cool.

This article was originally published in the June 2015 issue of Street Machine.

IT’S an age-old technique that has been employed since the very beginning of the automobile industry: Get a lightweight car and get the most powerful motor you can find – or more likely, can afford – and put the two together. Back in the early days of the 20th century, at the extreme end of this equation, people were pulling engines out of aeroplanes and tanks in a quest to set speed records.

Fast-forward to the present day and that technique is still a valid one, although we’re doing things a lot smarter now and engines have definitely become far more efficient. You don’t need 27 litres of fire-breathing fury to go fast; three will do just fine. 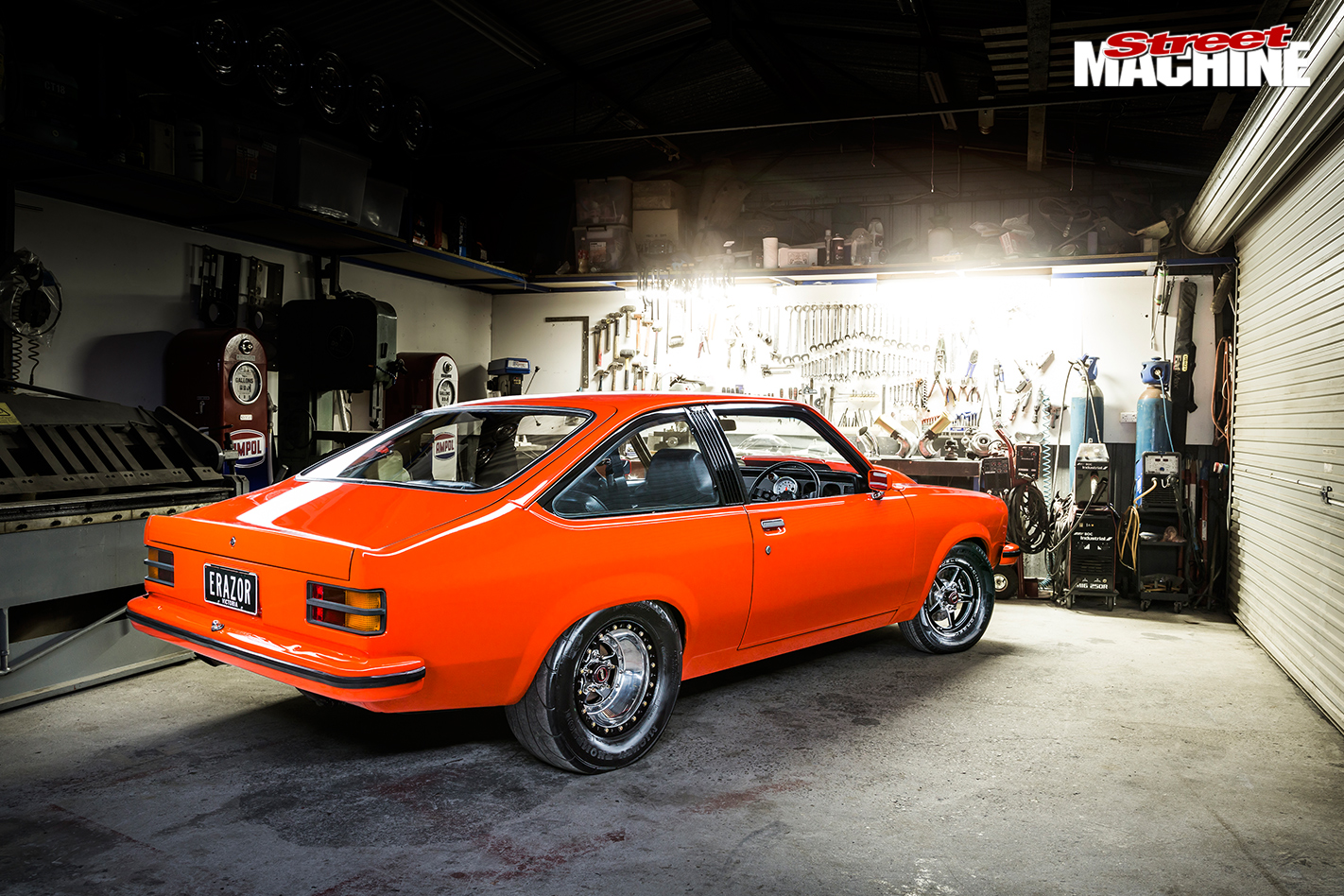 Rob Velkovski’s SS hatch started out as a six-cylinder, but when he got hold of it, a 355 Holden stroker had been slotted in already. Rob’s brother, Kris, found the car on eBay, and even though it was 10pm Rob got on the phone to strike the deal. “[The seller] said the car was in storage for 17 years,” Rob says. “He put the engine in it and then his kids ran into it with their bikes and dented the door and quarter, so he just repainted the whole car. He didn’t even drive it!

“It had Pro Stars and a flat bonnet when I bought it and it felt like it went all right. I got the boys at JPC to tune it, took it to Heathcote and it went 11.70@117mph. One my brother’s mates bought that engine and put it in a VH SL/E.” 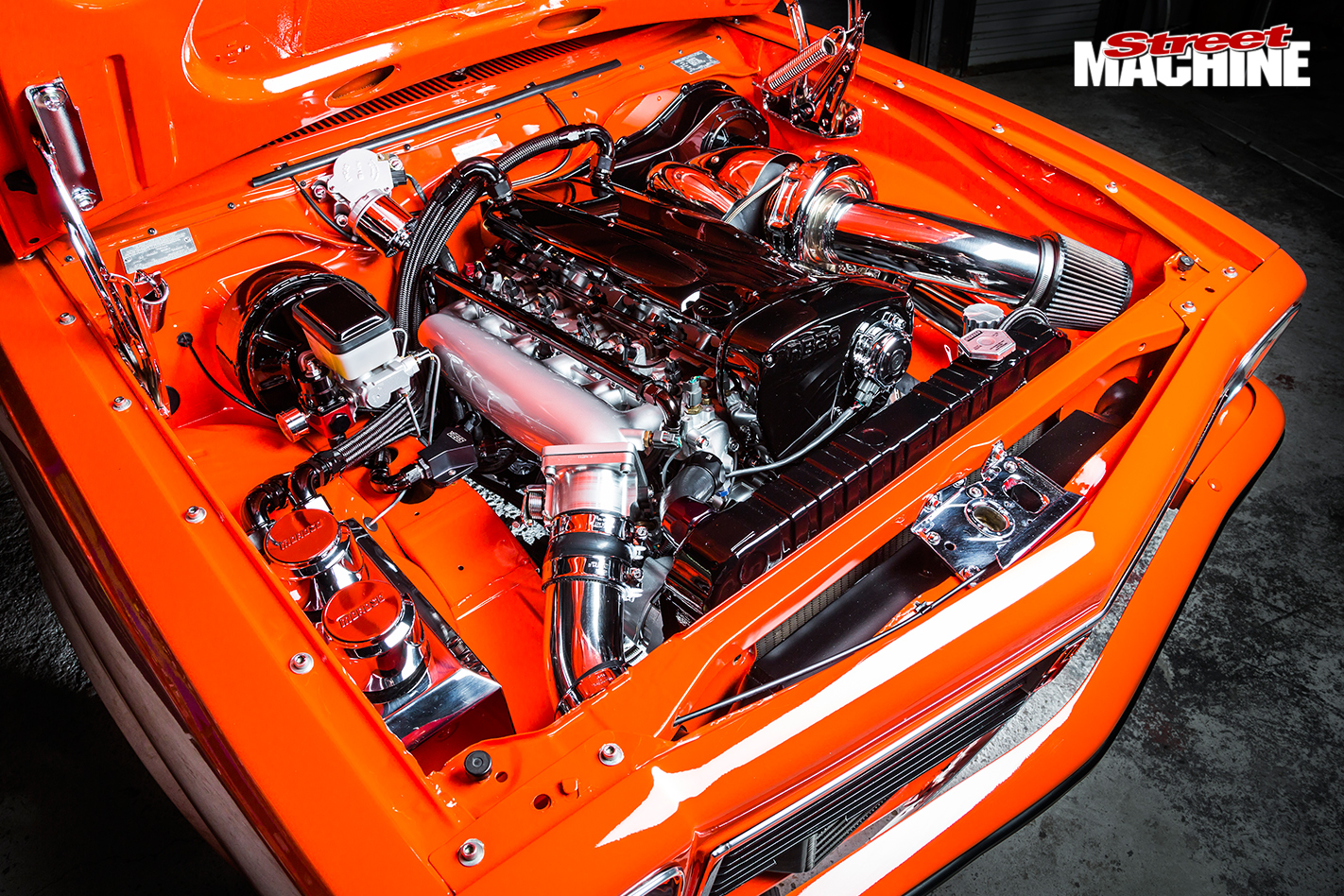 So, what drives a guy to pull a perfectly good car apart and then put a smaller engine in it? There aren’t too many pub stories that start with: “So I pulled out the V8 to put a six-cylinder back in”. But there’s always an exception to the rule. “I bought the car in 2009 and it stayed a V8 for just over two years. I’ve got a VL Turbo that I’ve had since 1998, and this is where it all started. My brother’s Torana was supposed to have a Walkinshaw five-litre in it, but my VL was going fast real easy. My brother goes: ‘Why don’t we just put an RB in my Torana?’ and it just snowballed after that.” 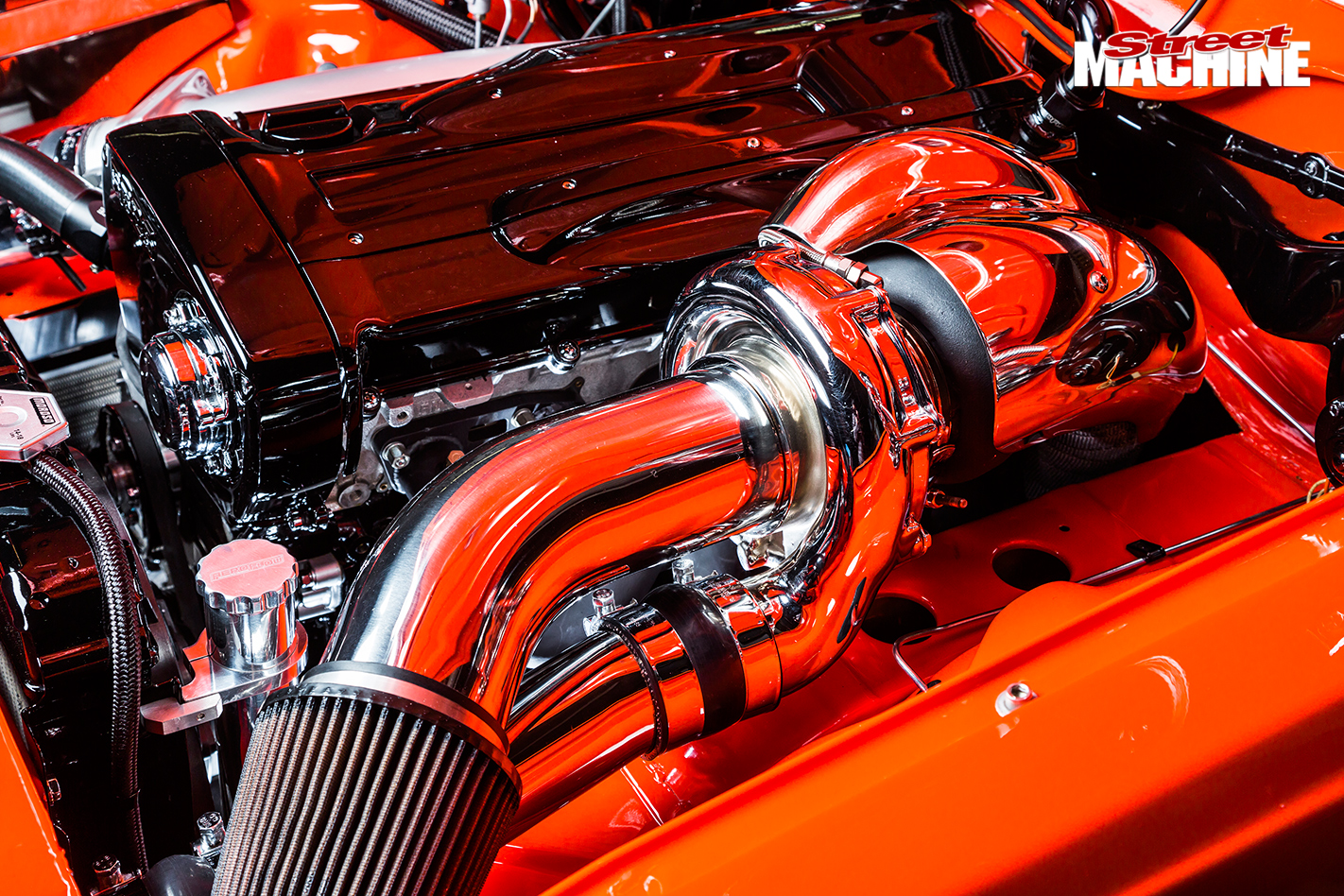 Back then, Rob was well into restoring an LC GTR, original to the last nut and bolt, and it was while he was on a hunting trip to the wreckers for a boot floor that he came across a Torana hatch. He promptly got sidetracked and went home with the hatch, forgetting all about the boot floor. It needed a lot of work, but he got busy setting up the driveline that would eventually find its way into ERAZOR. Having the spare car to work out all the fabrication made the transition into the already painted and running car a much easier task. 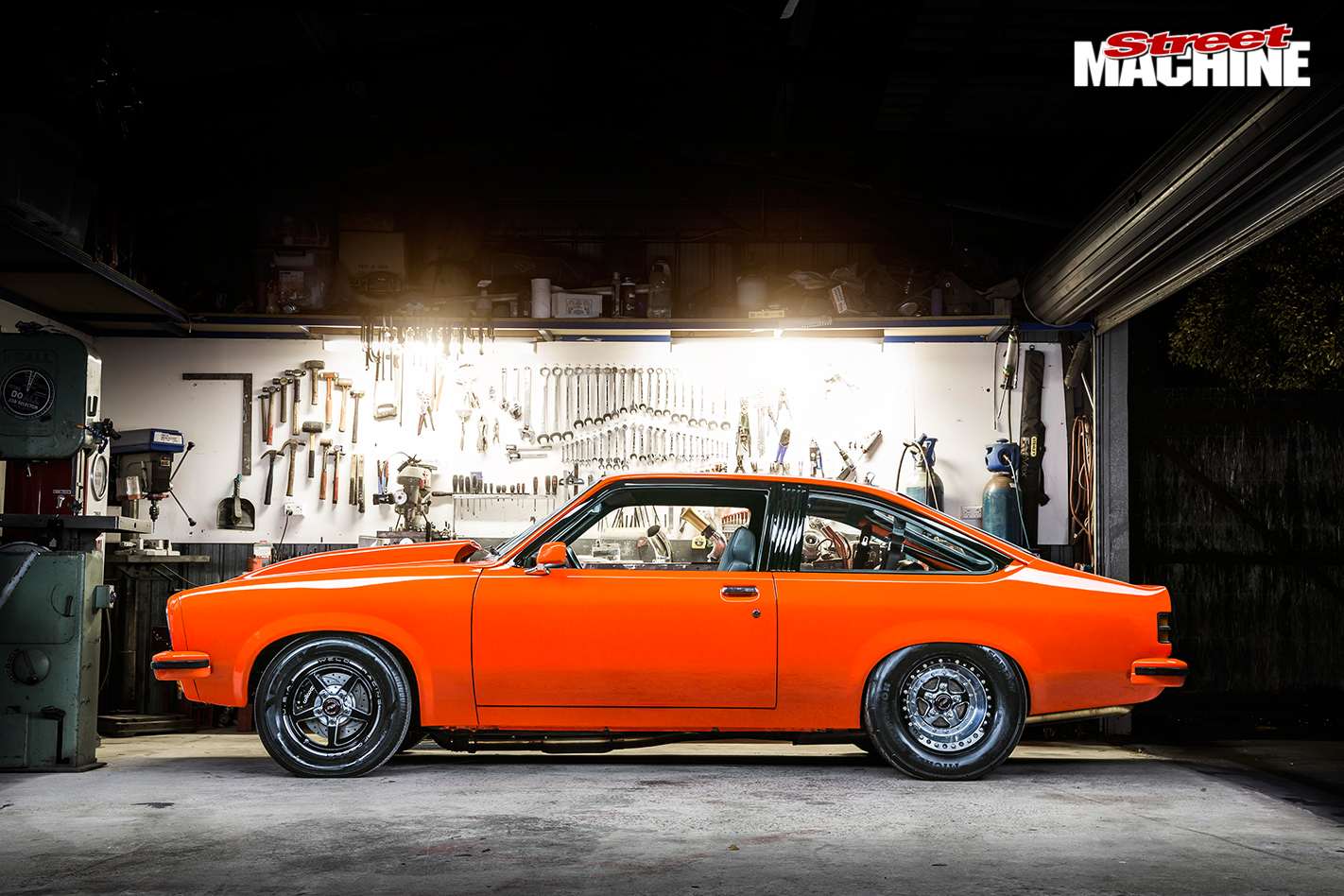 While the two previous RBs in Rob’s life were your standard VL-spec RB30s, the ante was upped for this motor with the addition of an RB26 head. These are usually found bolted into gunmetal-grey R32 Skylines, and we all know how fast they go! It’s far from a bolt-on conversion though and Rob had Kanaris Engines screw together the basis for this killer combo, which is capable of punching out around 1000hp at the crank.

The benefit of using the RB30 block is that the bottom ends are practically bomb-proof and can withstand 1200-1300hp, provided the rest of the bits are updated. Rob hasn’t skimped there, with Carrillo rods one of the first things on the shopping list, followed by a set of CP pistons. The cams were upgraded to Tomei 260 units and the valves were upsized by 1mm. 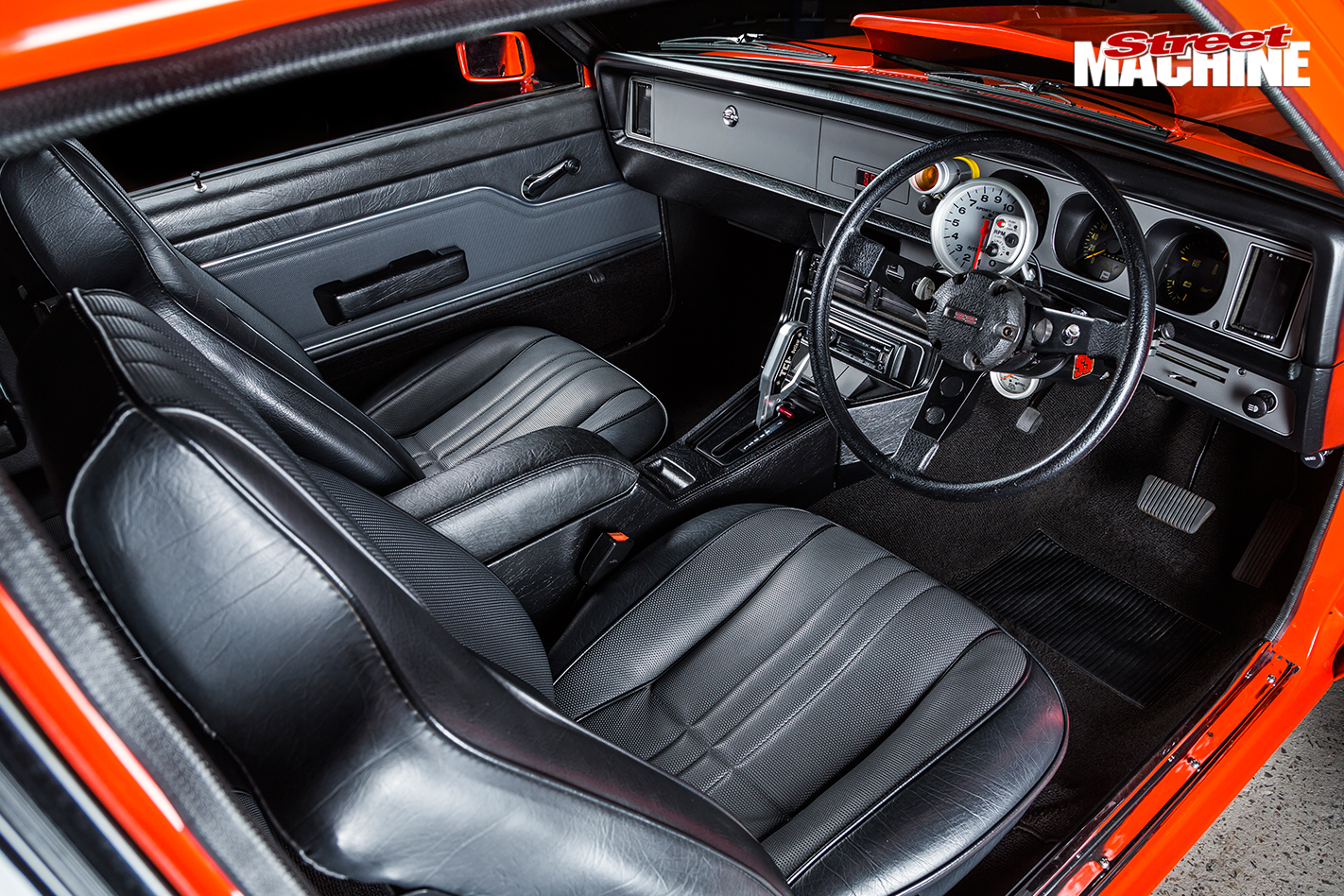 Rob has been using JPC to tune his engines for close to 20 years and they were the team that put the magic into this donk. They customised the GT42 turbo and built the rest of the bits that get the boosted charge into the engine. Take a look at that intake manifold – it’s a work of art, and a much better looking piece than the factory intake. Well actually, it is the stock intake – it’s just been milled, ground, filled, smoothed and then painted in a metallic silver two-pack so that it looks a million bucks. It was also modified to accept a Holley 90mm throttlebody, which replaces the six standard units that made the intake sit too far out and caused it to foul on the brake booster.

While the engine might be all high-tech Japanese fury, it’s good ol’ boy technology for the rest of the driveline. A custom bellhousing connects the motor to a Powerglide trans, Strange 3.5-inch chrome-moly tailshaft and sheet metal nine-inch. 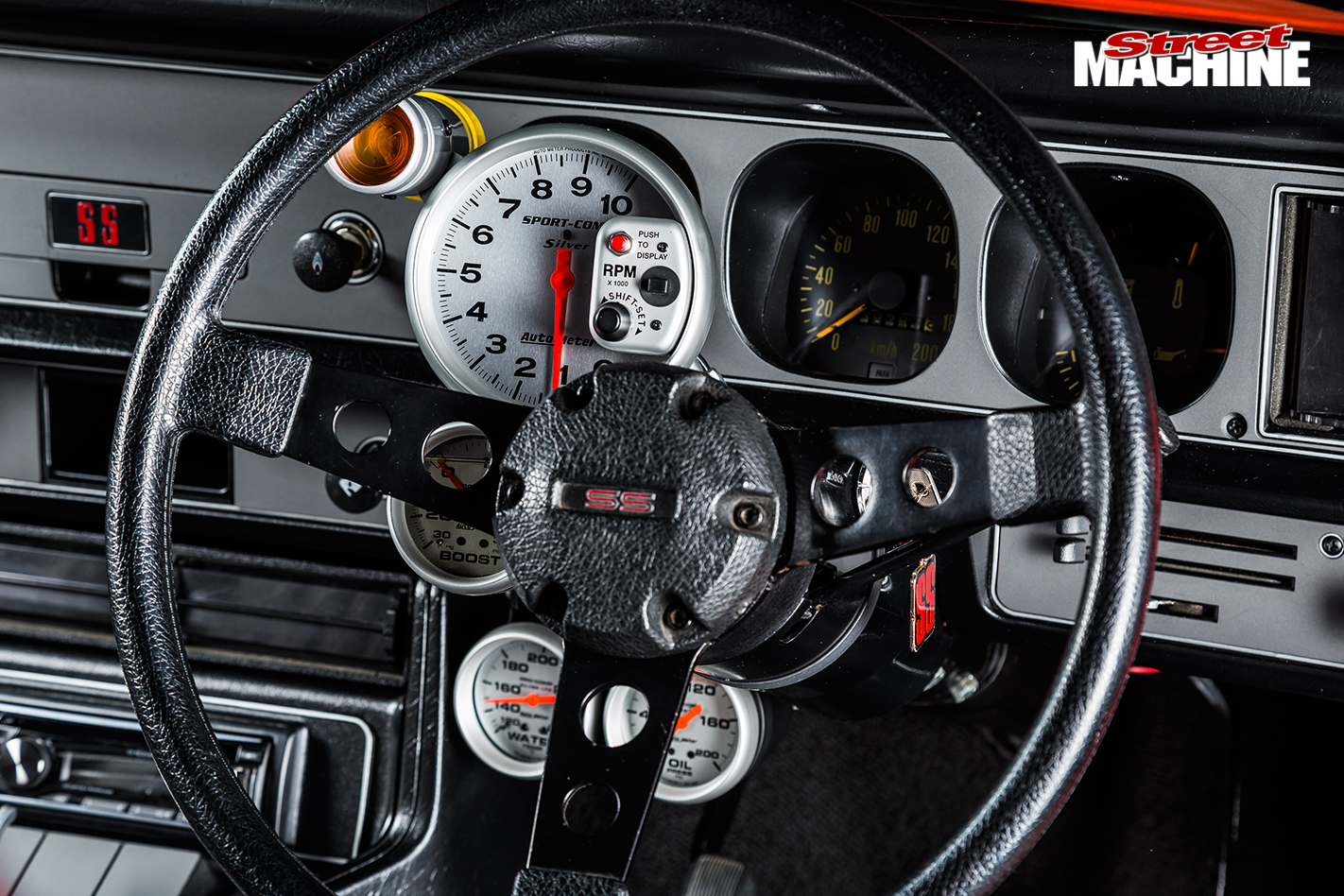 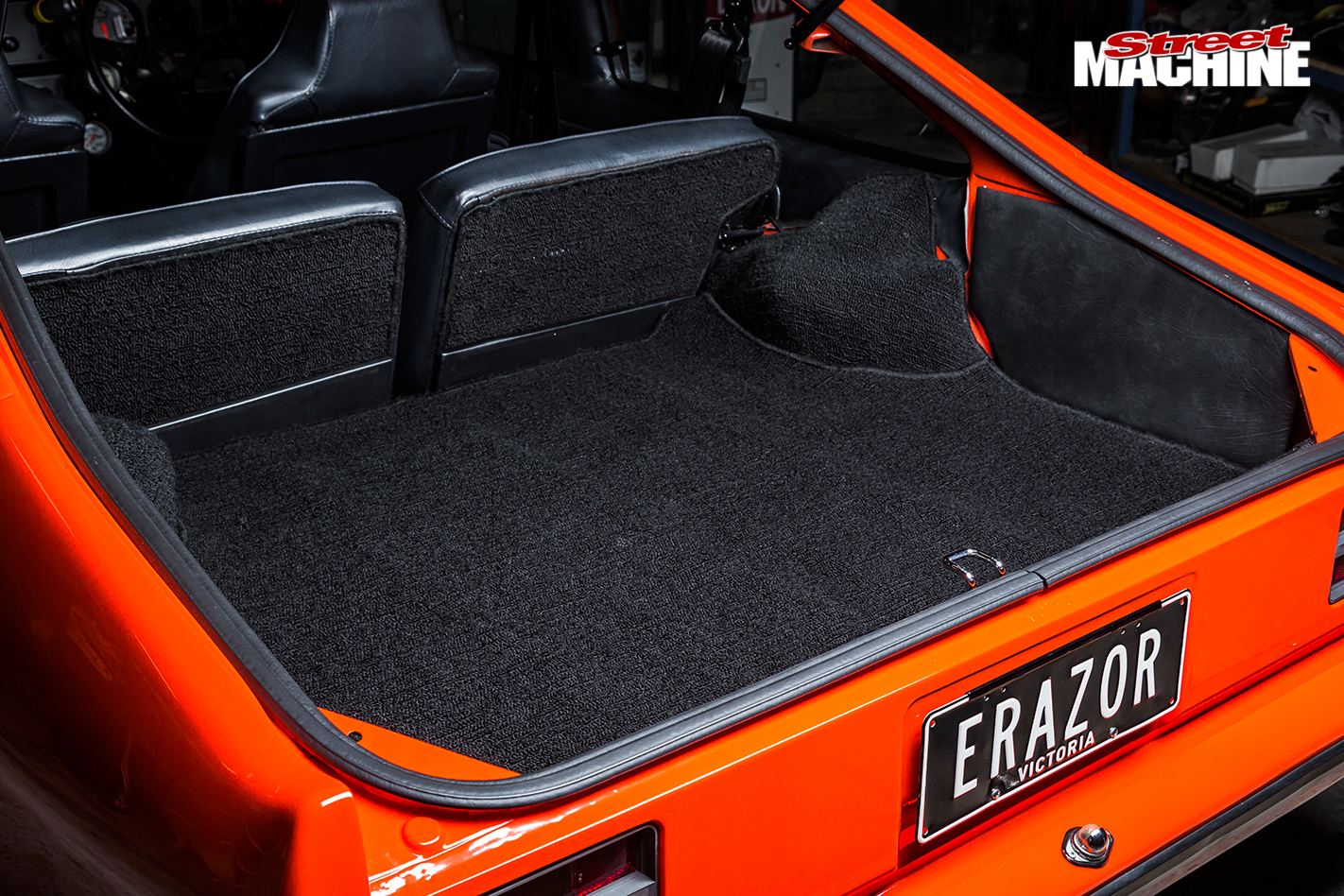 What we find most amazing about this car – and there’s a lot to be amazed about – is how well it hooks up on 255 drag radials.We thought there must be some kind of trickery going on, with boost control off the line and some kind of fancy rear suspension. Not even close. “It leaves the line on about 17-18lb of boost on the transbrake. I just hold on and pray!” Rob laughs. “The night I ran 8.71, all these blokes came down to look at it. They couldn’t believe it didn’t have a sway-bar in it, and asked why. I said: ‘I dunno, does it need it?’

“Everything is standard; the control arms aren’t even boxed. I haven’t had an issue with them yet, so I’m sticking with it.” 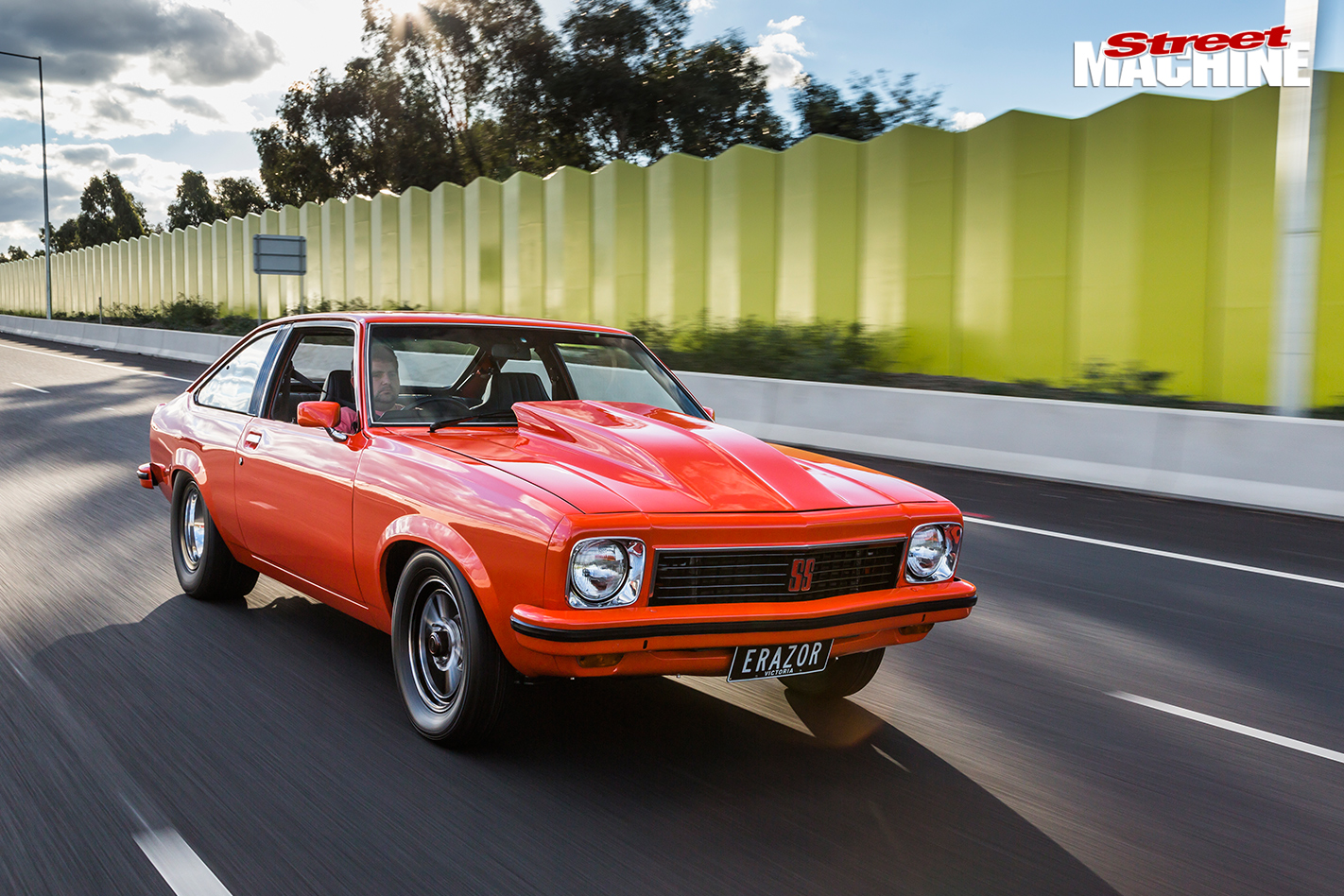 It’s great to see such an understated and simple-looking car that packs such a killer punch. Nothing is out of place and everything is there for a reason. It’s gone from a six, to a V8, and back to a six again and it’s going as fast as those behemoths from a century ago – except Rob gets it done in 400 metres. That’s progress.  s