WHEN Craig Moar purchased his VH Charger some 10 years ago, it had just been featured in Perth Street Car magazine. “All I’ve changed since then is the paint, interior, chrome, engine, bonnet, suspension, diff, fuel system, oil system, transmission, rollcage and nitrous,” Craig jokes. “The original owner started to compete in the burnout scene and this car was too nice to do burnouts in, so he sold it to me.” 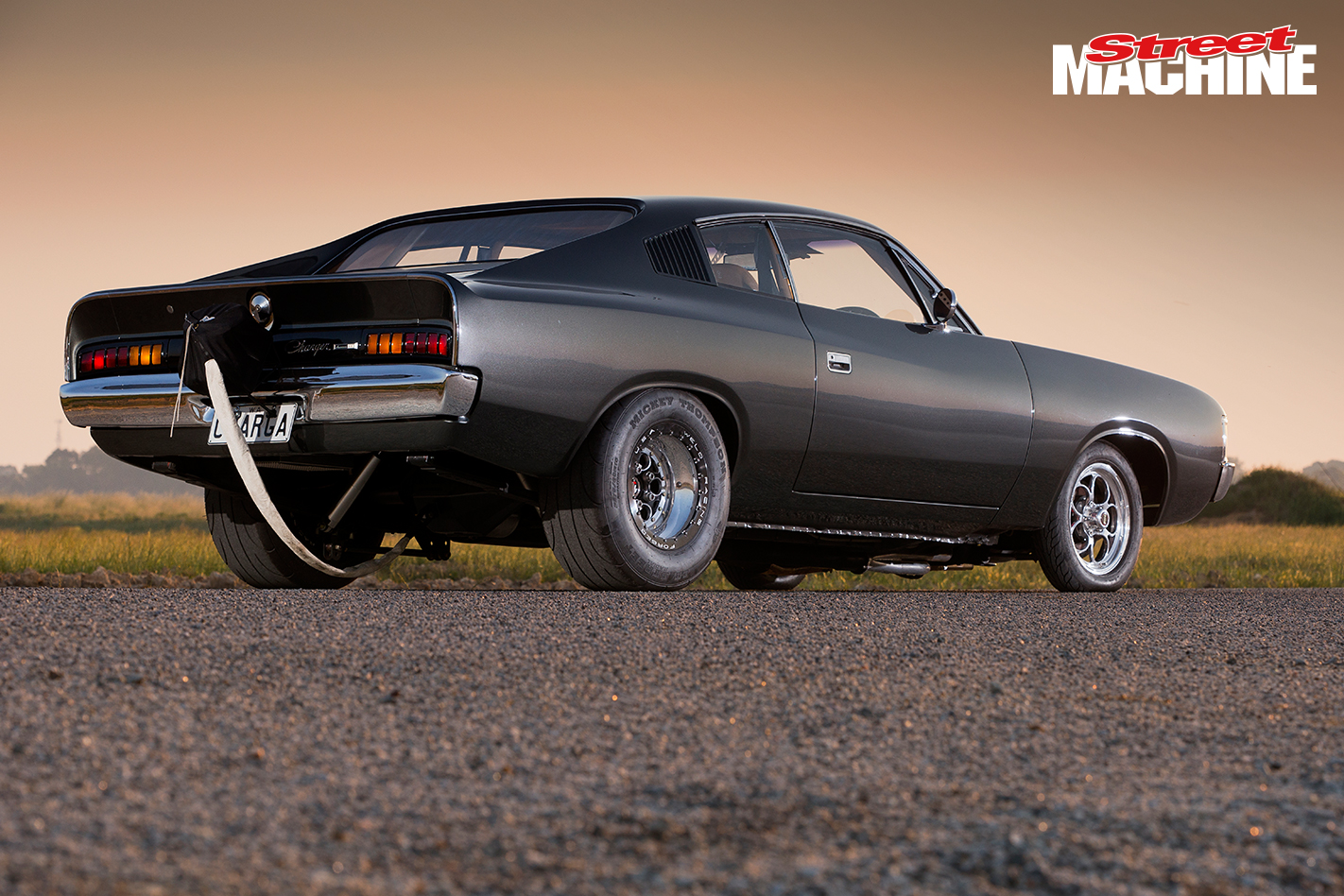 When Craig got the car it was already fitted with a standard-stroke 440 with iron heads, but not regoed, so he went through the pain of getting everything engineered and over the pits. “I drove it around for a year and a half and then decided to give it a quick freshen-up,” he says. “Six years later I finished it!” 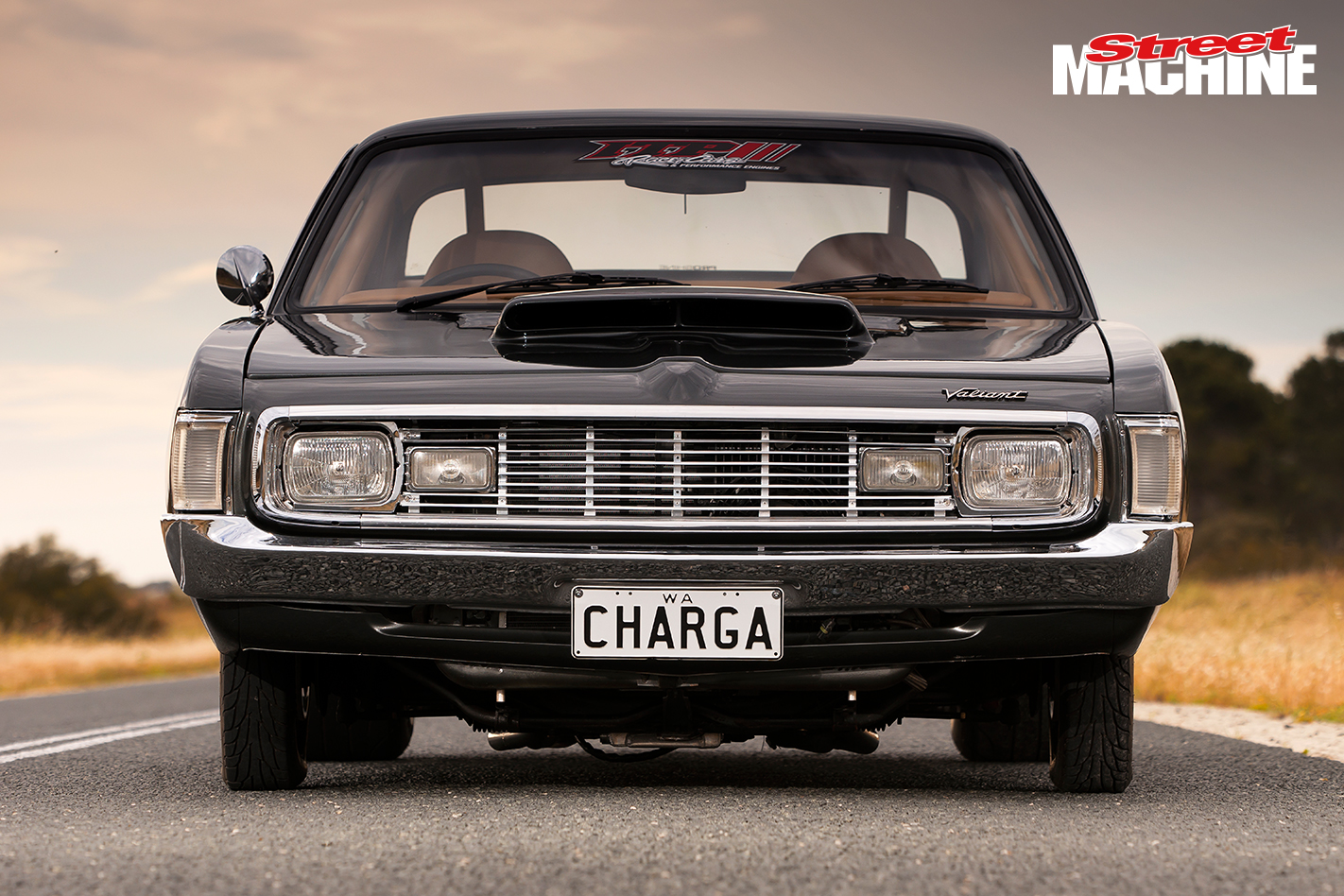 With the old motor the car went 12.2 with some spray, a big improvement over the 13.8 pass it managed through the stock exhaust manifolds – a concession Craig had to make to get the car registered. It appears a 150-shot of nitrous doesn’t give a shit about your choked-up exhaust! 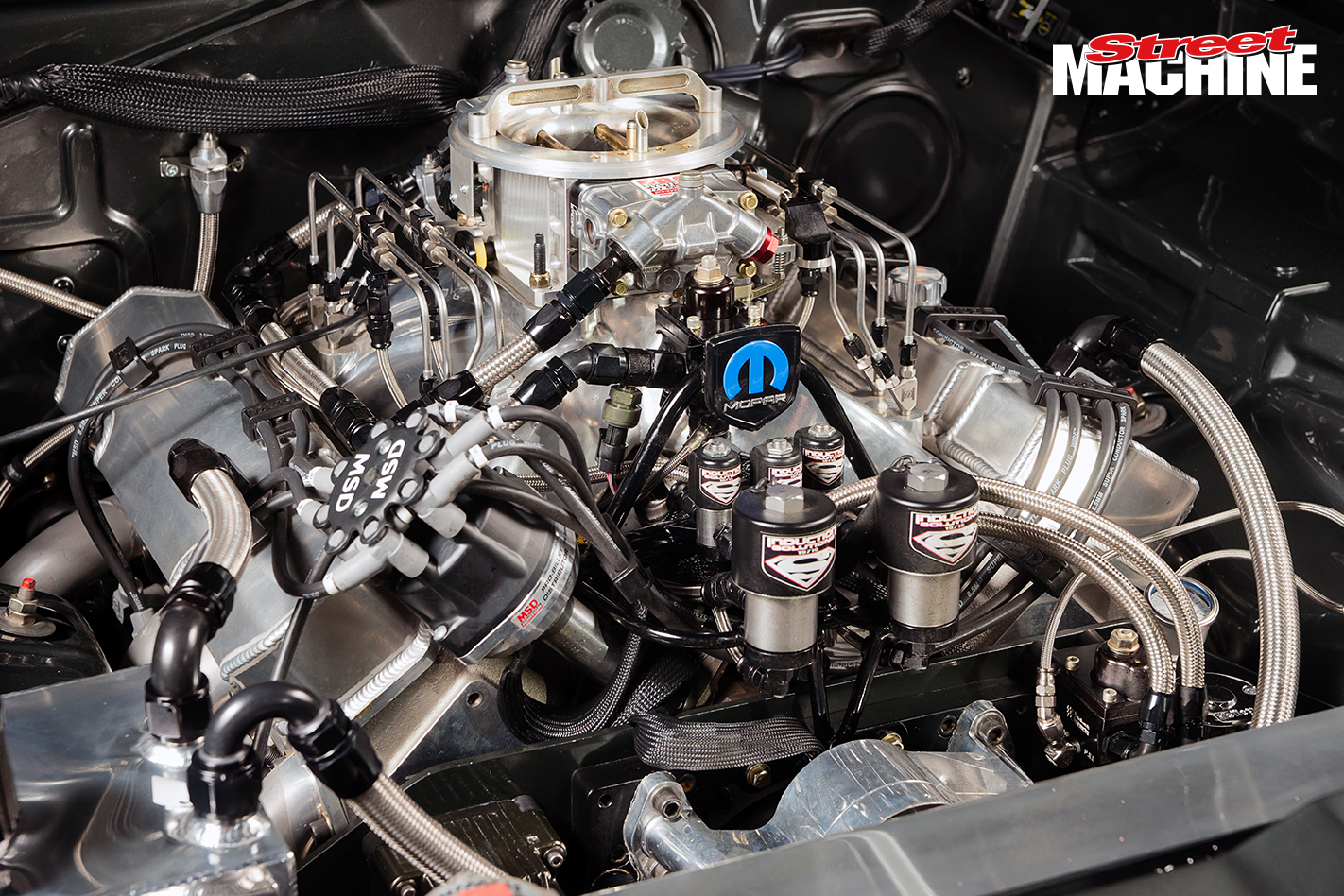 There is nothing left of that old big-block – although it does live on in a mate’s Dodge Dart – and Craig didn’t muck around when he wrote out the shopping list for his new engine. It started off with a Mopar Performance block produced by World Products, with cross-bolted mains, Callies Magnum crank and billet rods, Indy heads and intake, Jesel solid-roller lifters – you get the picture. The short block is from Steve Morris, and to get to the 540ci capacity it has been punched out to a 4.5in bore – 100thou over stock – with a 4.25in stroke. “These blocks will go out to 4.6in, so I’ve got 100thou worth of rebuilds in it,” Craig says. To save you cracking out the calculators, the biggest Craig could go is 565 cubes. 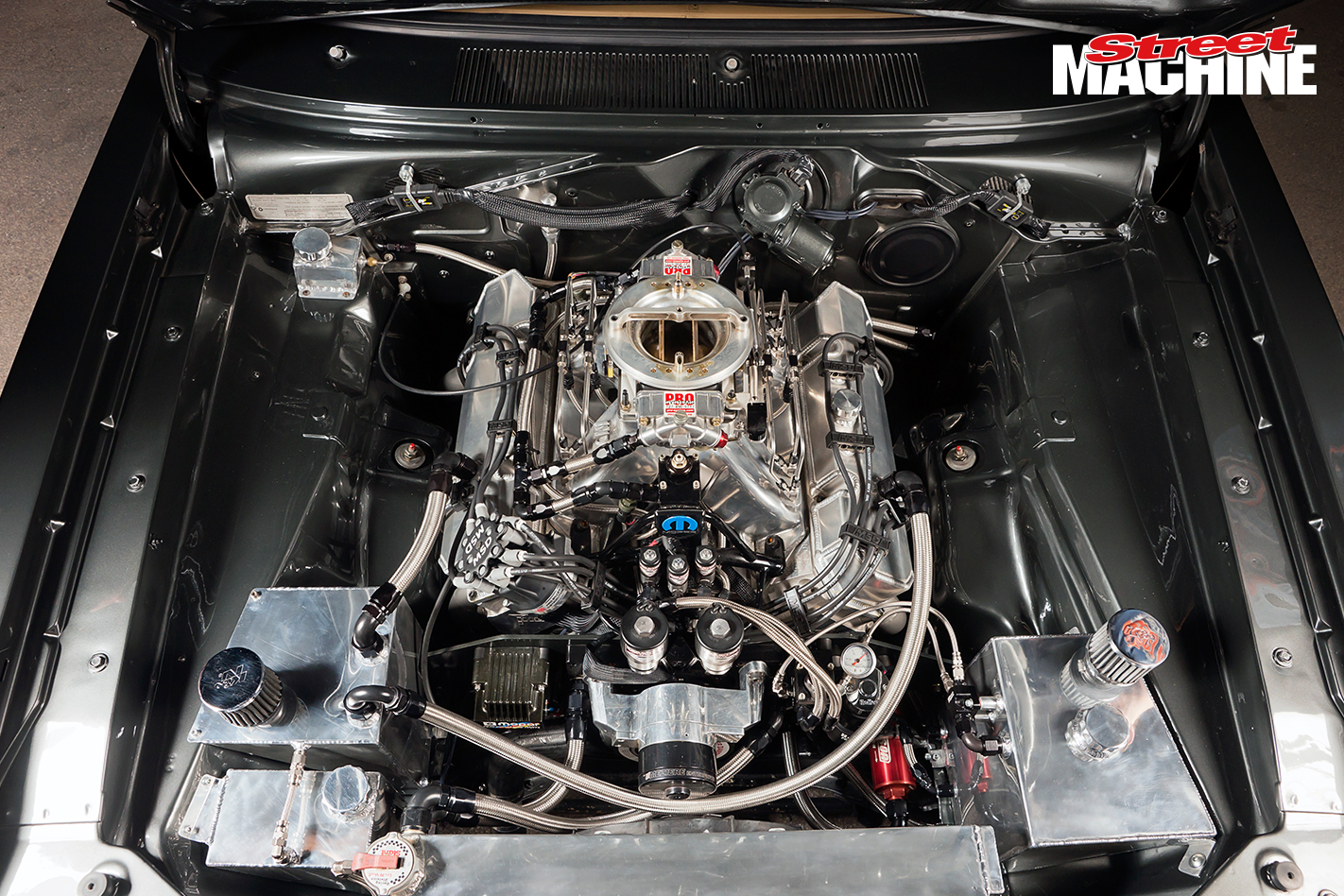 With the oversquare bore/stroke ratio, the big-block revs more like a small-block than a lazy old stump puller. “We’ve set the limiter at 7800. At 7000rpm naturally aspirated on the engine dyno, it’s still making 700hp,” Craig says. “Maximum power was 725hp at 6400rpm, and the 686lb-ft of torque was all in at 4500rpm and kept that torque all the way through.” 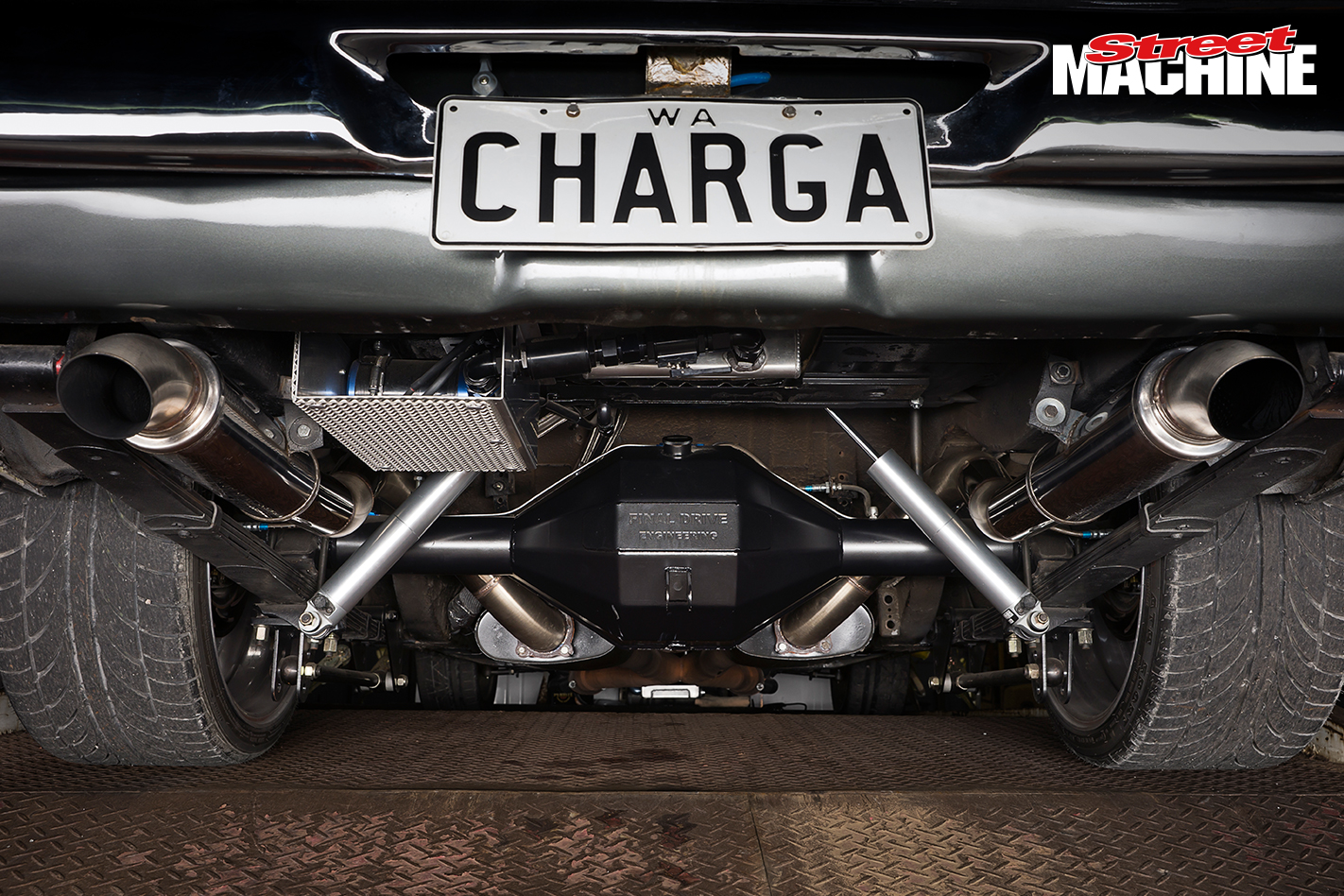 While this car is clearly destined for a fair bit of quarter-mile action, Craig still wanted plenty of creature comforts for when he cruises the smooth roads of his hometown of Perth. Like many race cars, the interior features a rollcage, parachute lever, Sparco race seats, a B&M Pro Ratchet shifter and a custom carbonfibre dash with Mopar-series gauges. But there wouldn’t too be many that are also treated to a full leather interior with faux snakeskin accents and wall-to-wall carpet. 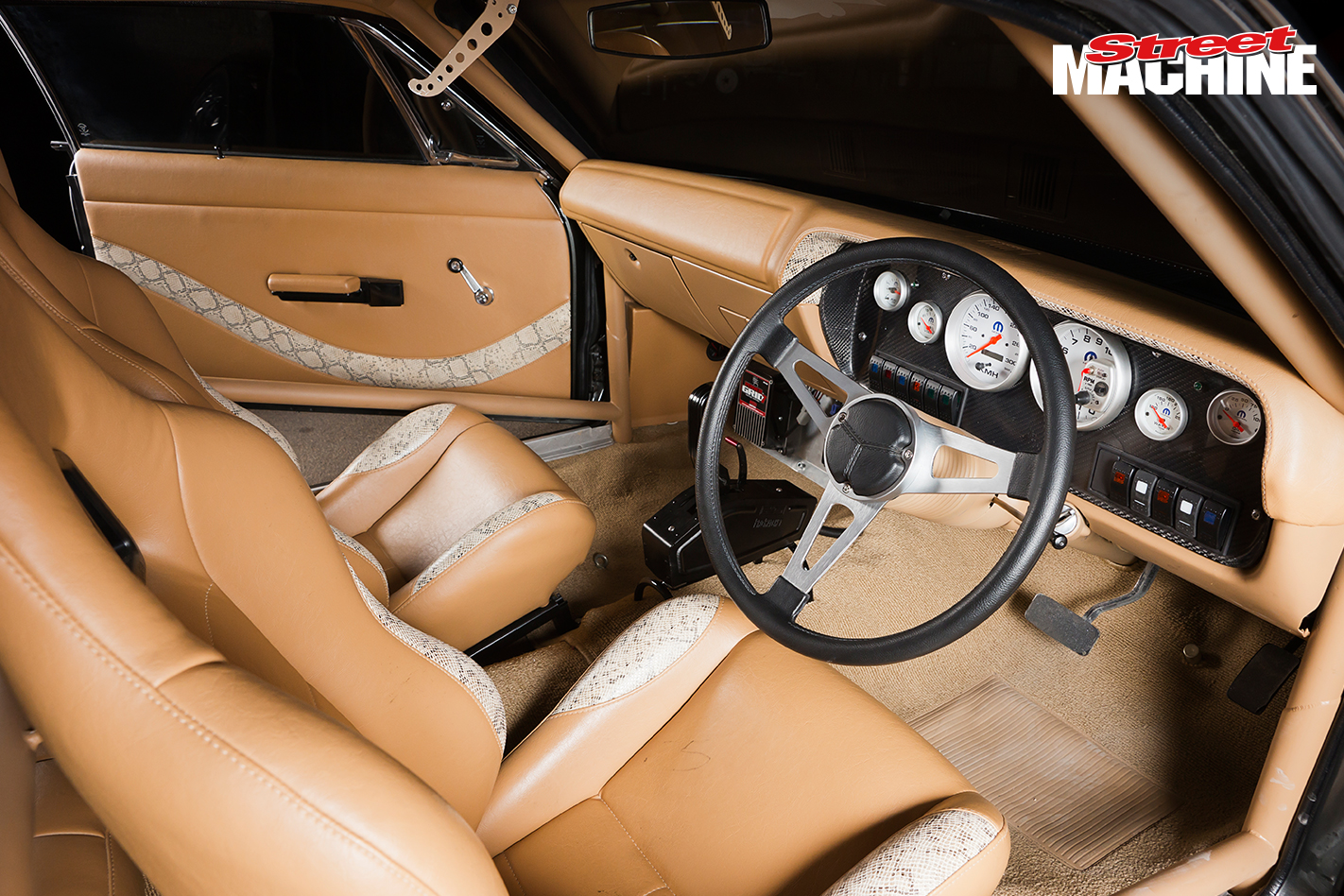 You need to be a small child or Olympic gymnast to get in the back seat, but it’s still there and still the original size, because this car hasn’t been tubbed. The suspension is still in the stock location too, and apart from the guard lips being rolled, the 10-inch rims and 275 radial drag rubber fit under there no worries. Gotta love that big arse-end on the Chargers. Helping it hook up is a set of CalTracs and an anti-roll bar mounted inside the boot. 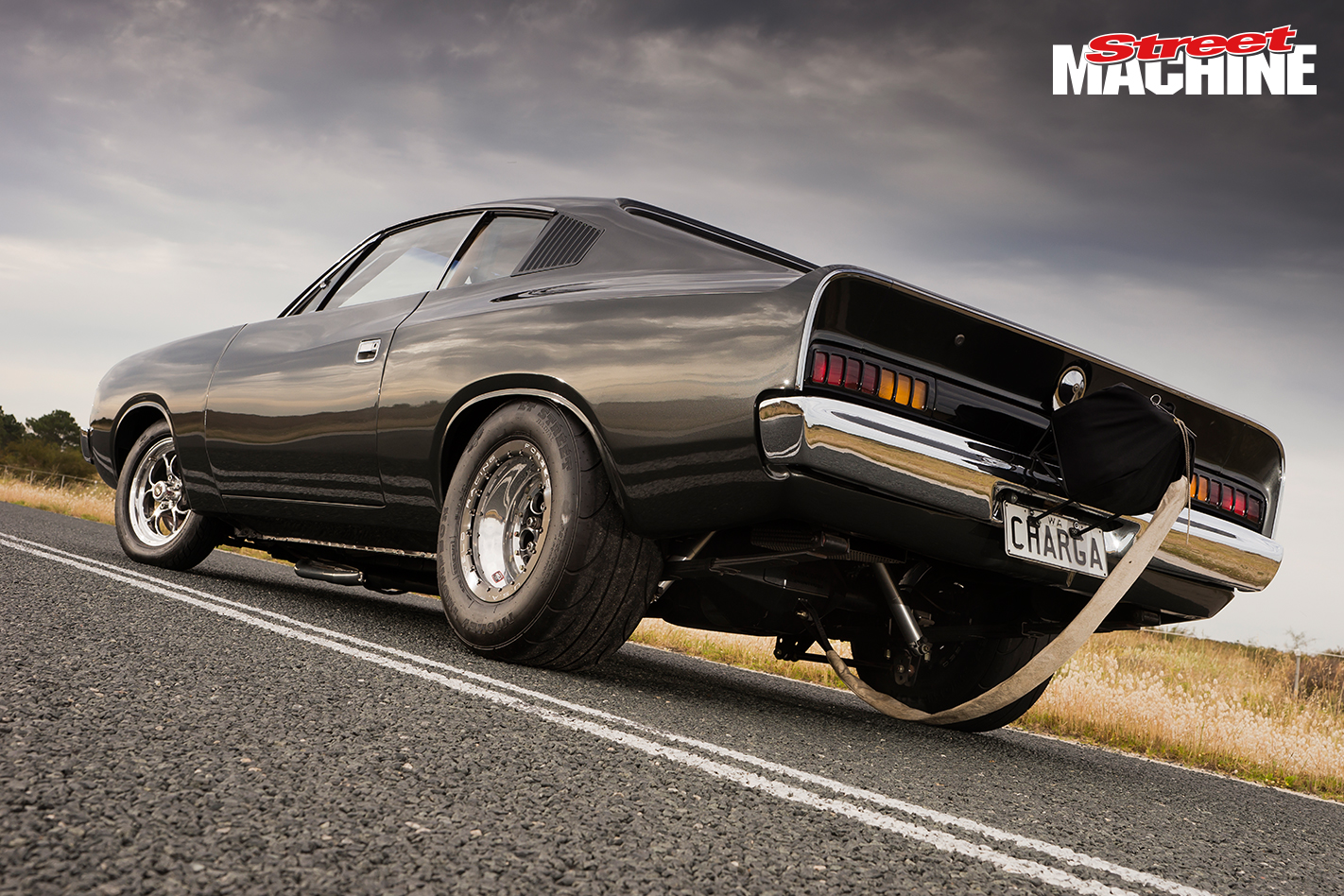 There’s also a 100-litre fuel tank for the pump fuel – not the most economical motor in the world, so you need a big tank – and a huge nitrous bottle clamped in place by an Alston’s Chassisworks bracket. The bottle is connected with an Induction Solutions quick-disconnect fitting and can be changed without using a single tool. Every other fitting on the car is out of the Speedflow catalogue. 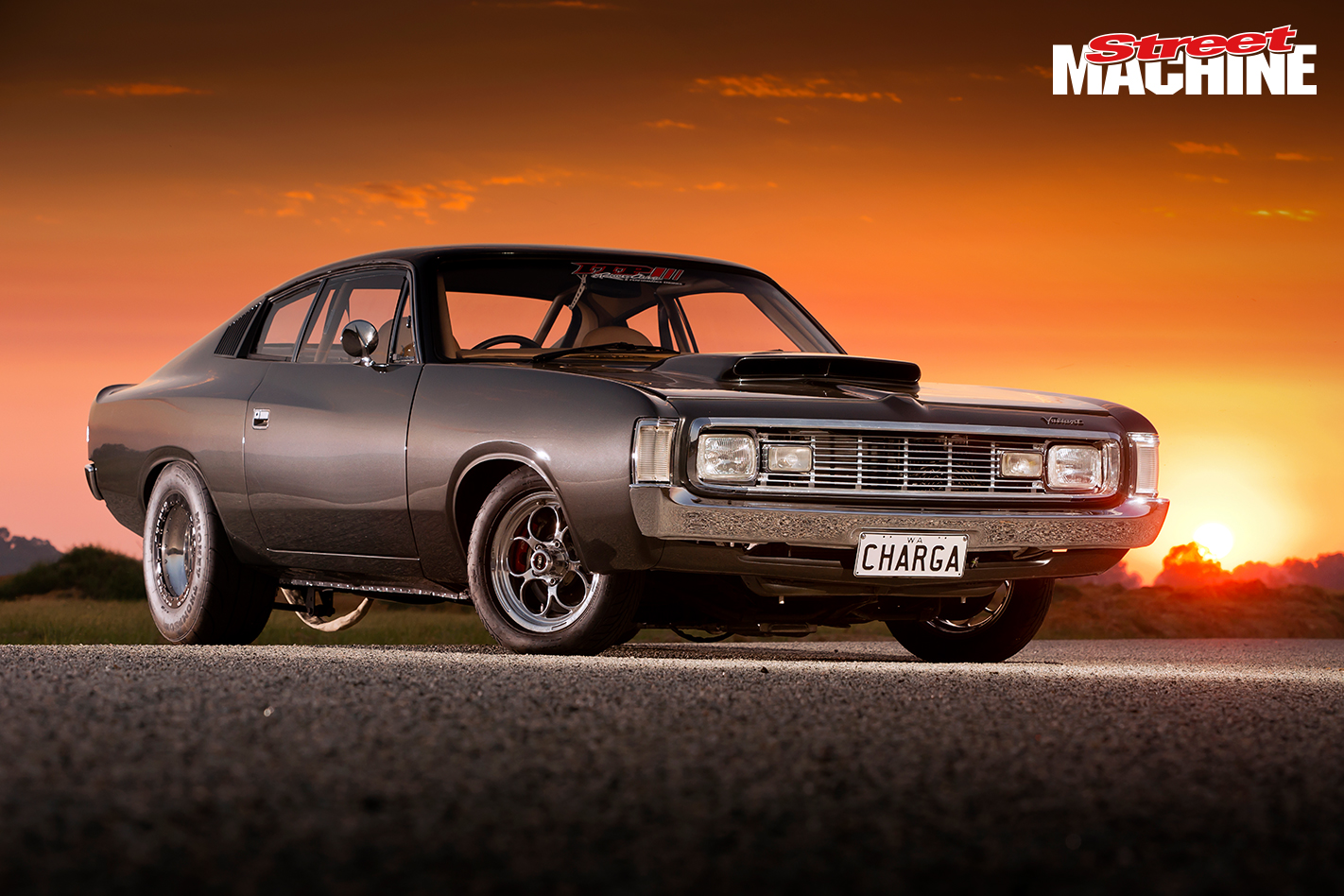 With the Charger built to run in the APSA X275 class, Craig’s already had it down the track for a bit of testing, and has so far run a best of 10.42@130mph. That’s without the nitrous and not leaving on the transbrake, so there’s a hell of a lot more to go. With a starting shot of 175hp, Craig’s going to see how it goes and then go up from there. That will make it around 900hp at the motor and should send the Charger deep into the nines. 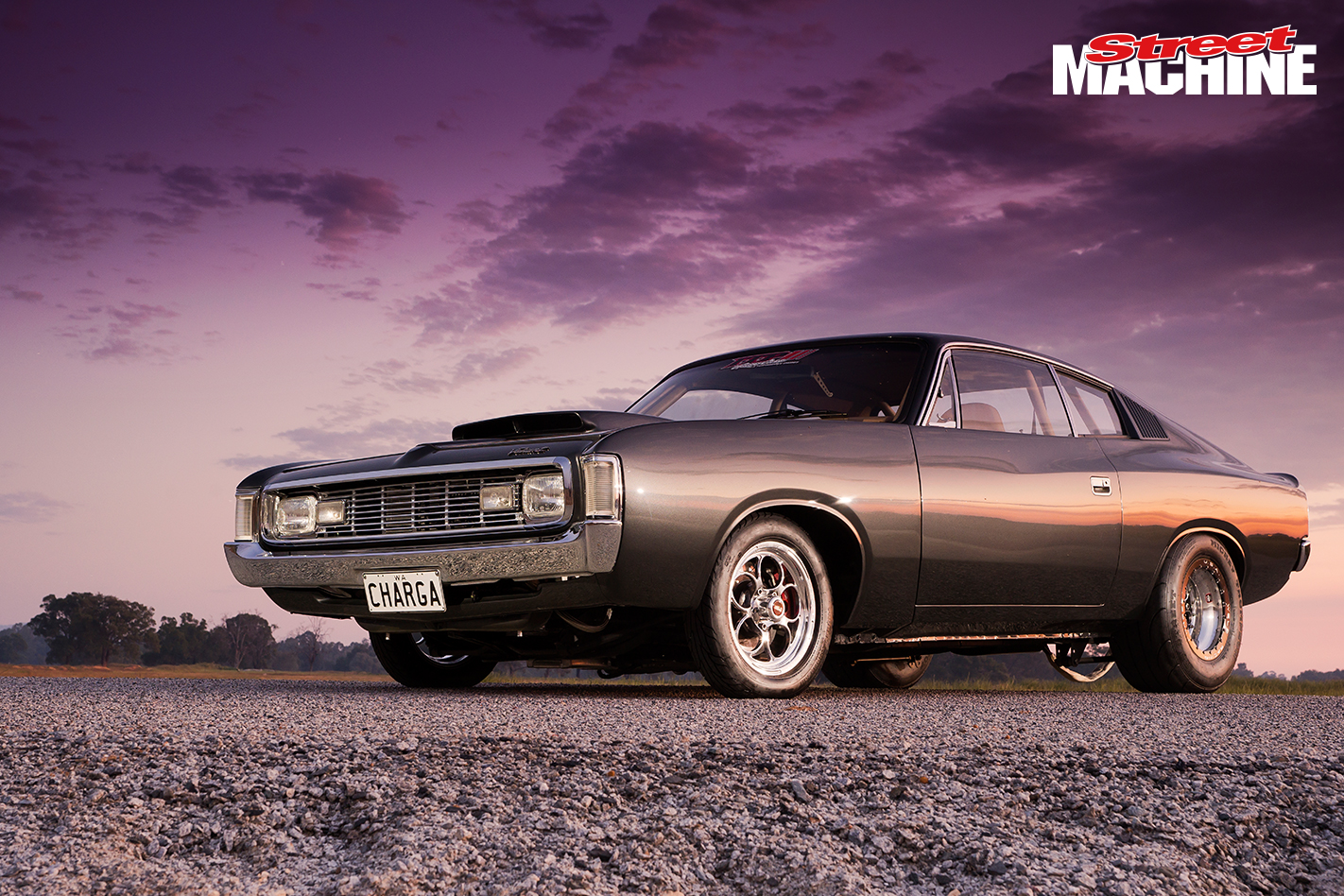 Yeah, we know it probably won’t be the quickest car in that class, but Craig’ll sure look good doing it. Besides, having a 10-second car that runs on pump fuel that you can cruise on the street is impressive enough.