When Greg Parker’s not having a right ol’ knees-up at NZ shows, he’s smoking up the backyard with his eight-banger barby

HERE'S one killer shed we dug up from the Street Machine Archives. Back in the November 2007 issue we swung over to New Zealand and met Greg Parker who has one of the coolest car-themed backyards in existence, complete with a HT Monaro BBQ! You can read through the full feature below.

GREG Parker and his Black Dog Bar and Grille were at the Rangiora Muscle Car Madness show this year, as they are most years. It’s the big event for Greg and his mates — along with the ute he’s turned into a mobile party with a built-in bar and barbecue in the front, and a chillybin, sound system and flashing lights taking up the rest of it. 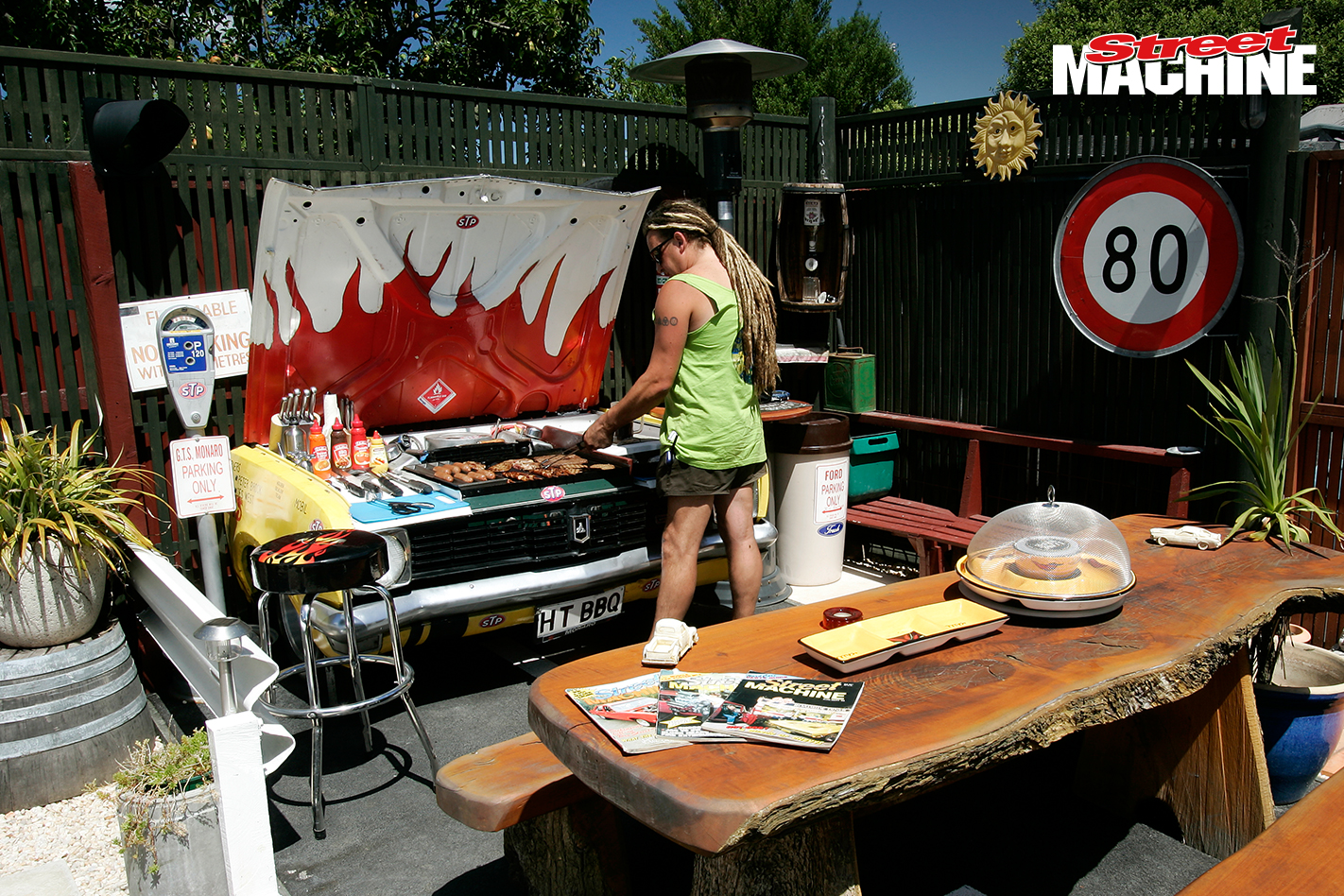 It would appear Greg is one of those blokes who like to make sure his mates are having a good time, and a look into his Christchurch backyard confirms it. Since these photos were taken, a garage has been built, and were you to open up the back of it, you’d find yourself on a strip of genuine blacktop laid by a mate. 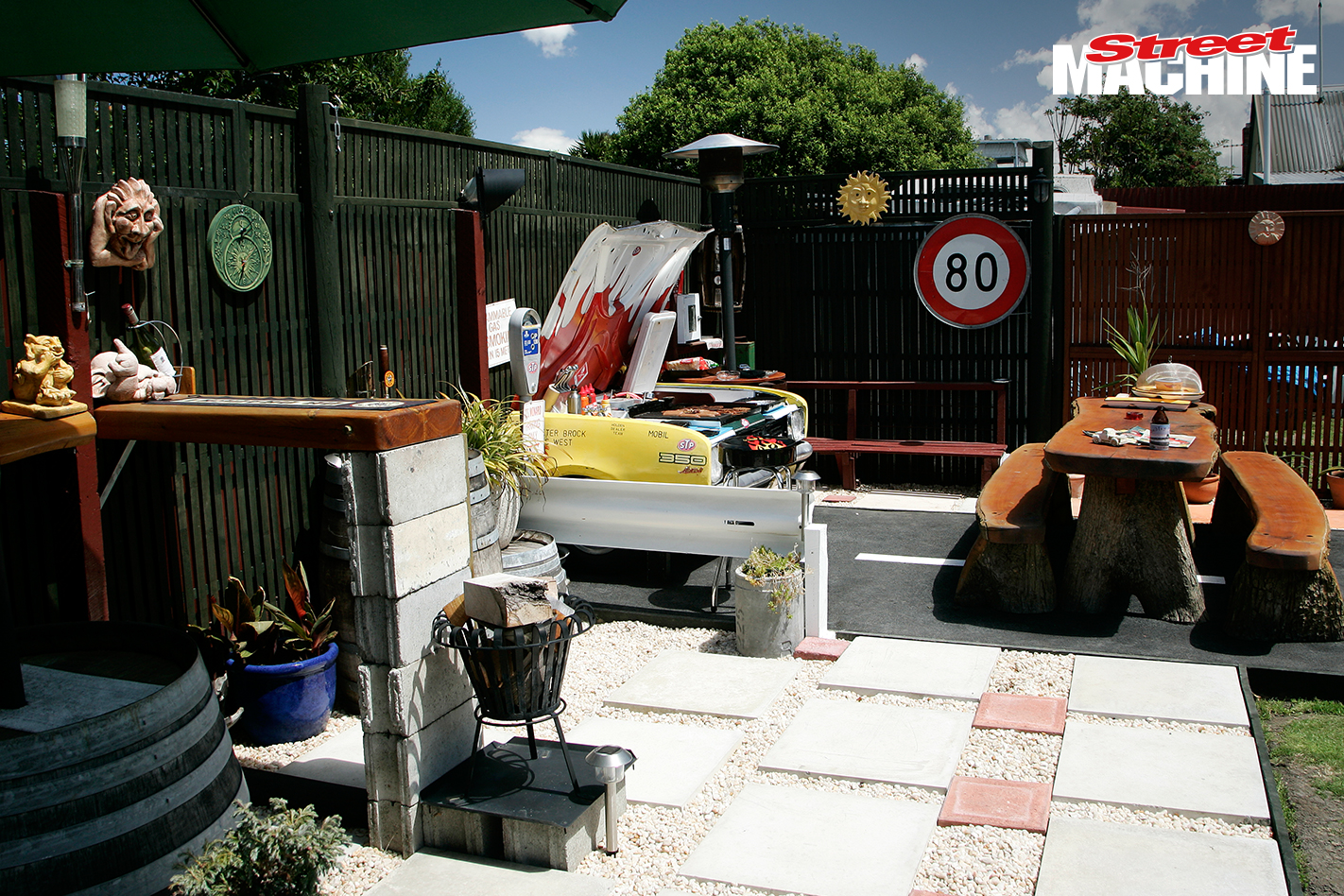 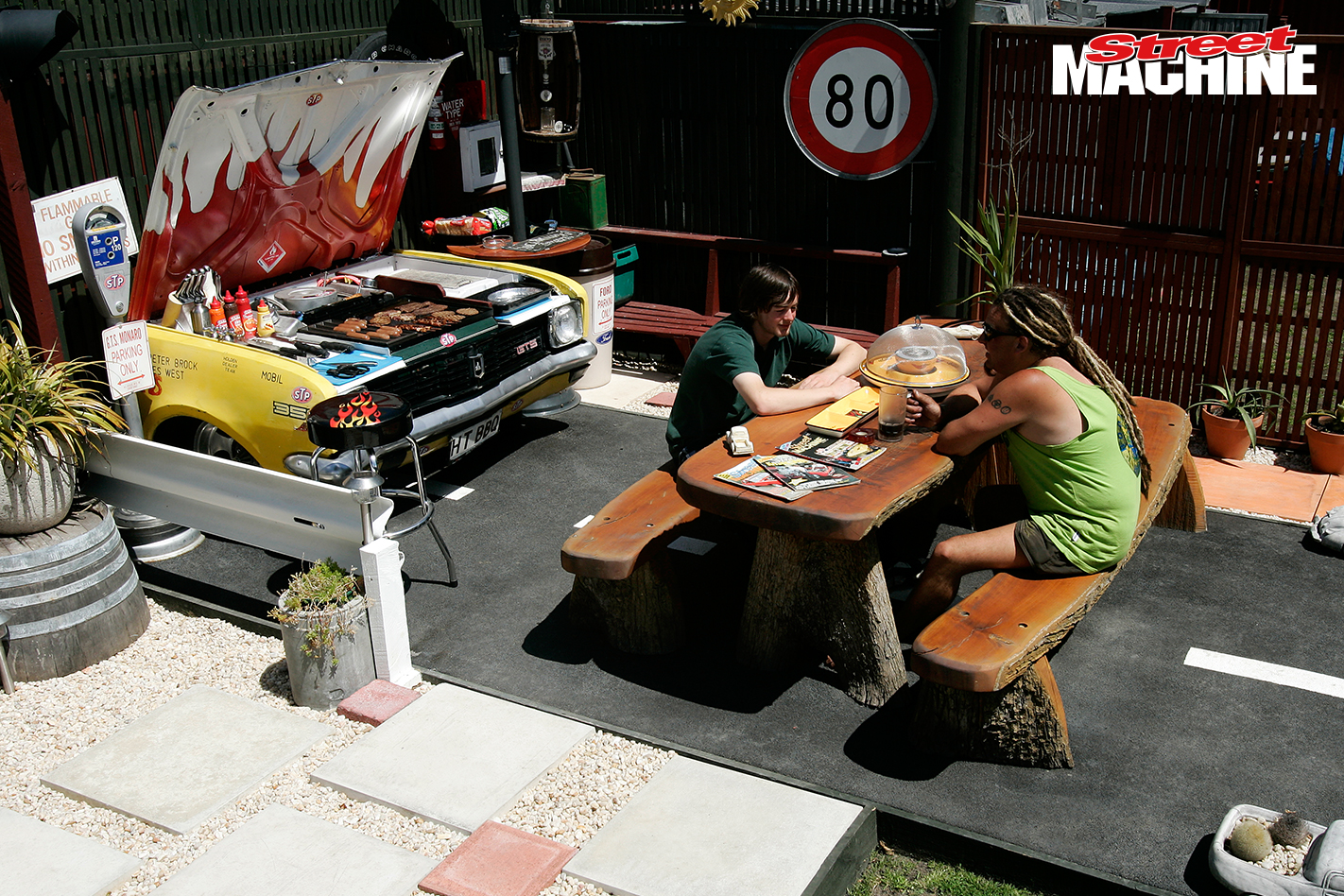 Look around and you’ll spot a parking meter he bought from the council, which was selling its old ones after replacing them. There’s a Holden rim welded to the bottom and next to that is confirmation of Greg’s allegiance. “It’s the Ford parking rubbish bin, where all the Fords go. What do you drive?” A Ford, I tell him, but given the trouble he’s gone to in setting up a cool party atmosphere for his mates, I don’t doubt it’s all just a bit of friendly rivalry and only for a laugh. 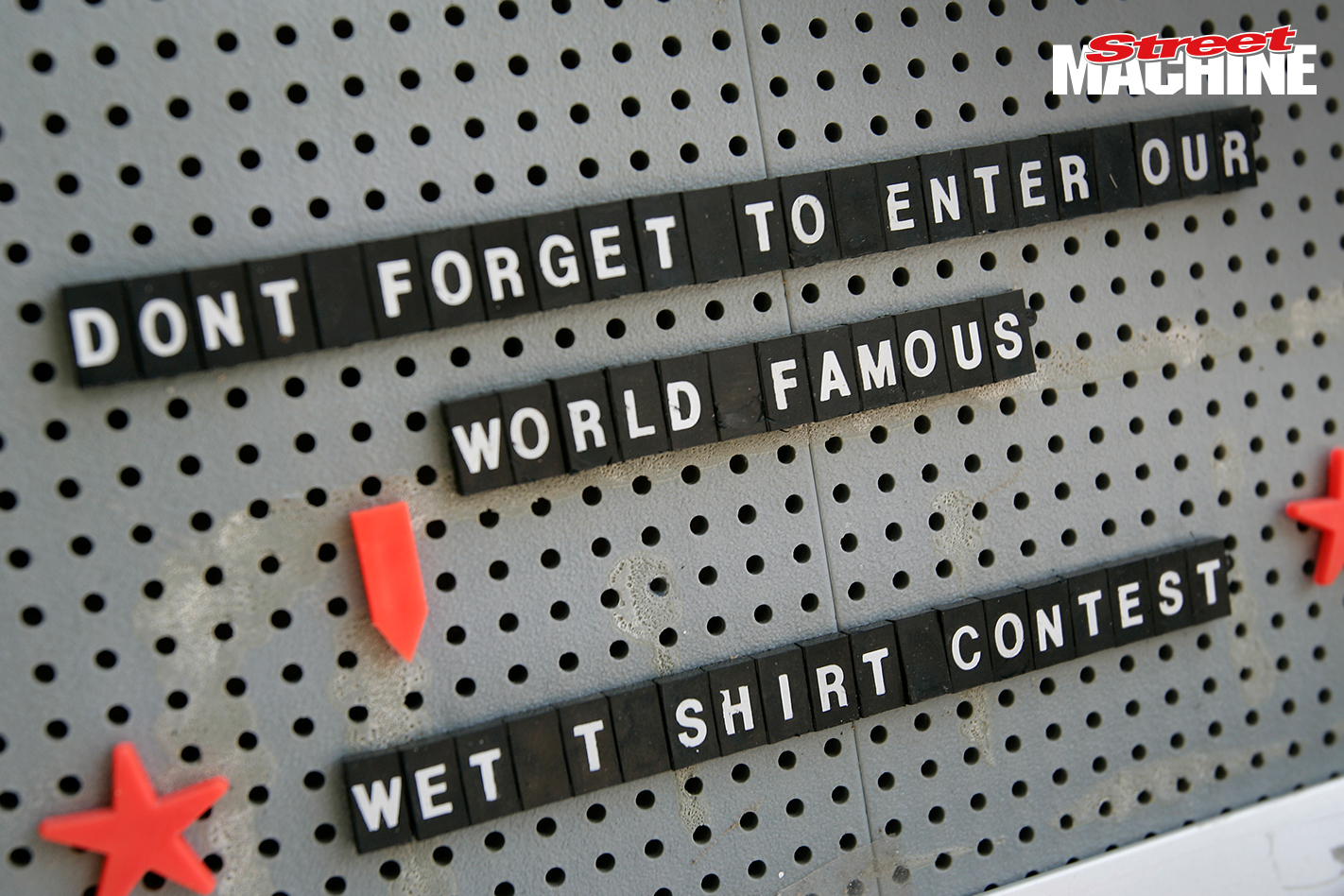 A sign on the fence advertises a wet T-shirt competition but he doesn’t get many contestants — his partner Sandra might have something to say about that. Look closely at the STP-branded metal cylinder, you’ll discover it contains ‘HT Virgin Oil’. 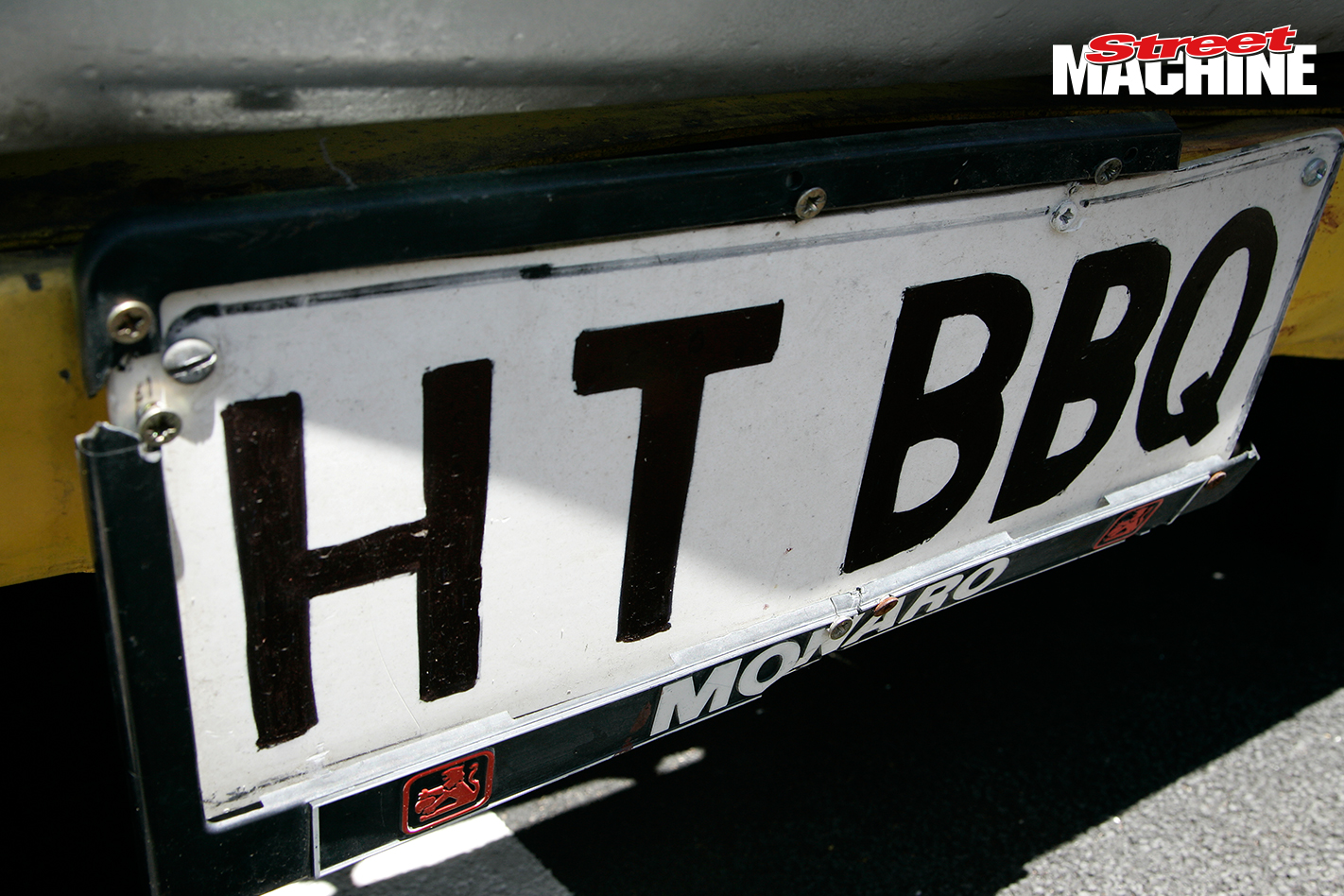 But the centrepiece is an HT Monaro front end that houses what Greg confirmed as an eight-banger barbecue, running all the accessories. “There’s also a chillybin inside the barbecue as well — oh, sorry an Esky! That’s for all the VB. Well, actually Jim Beam for me.” 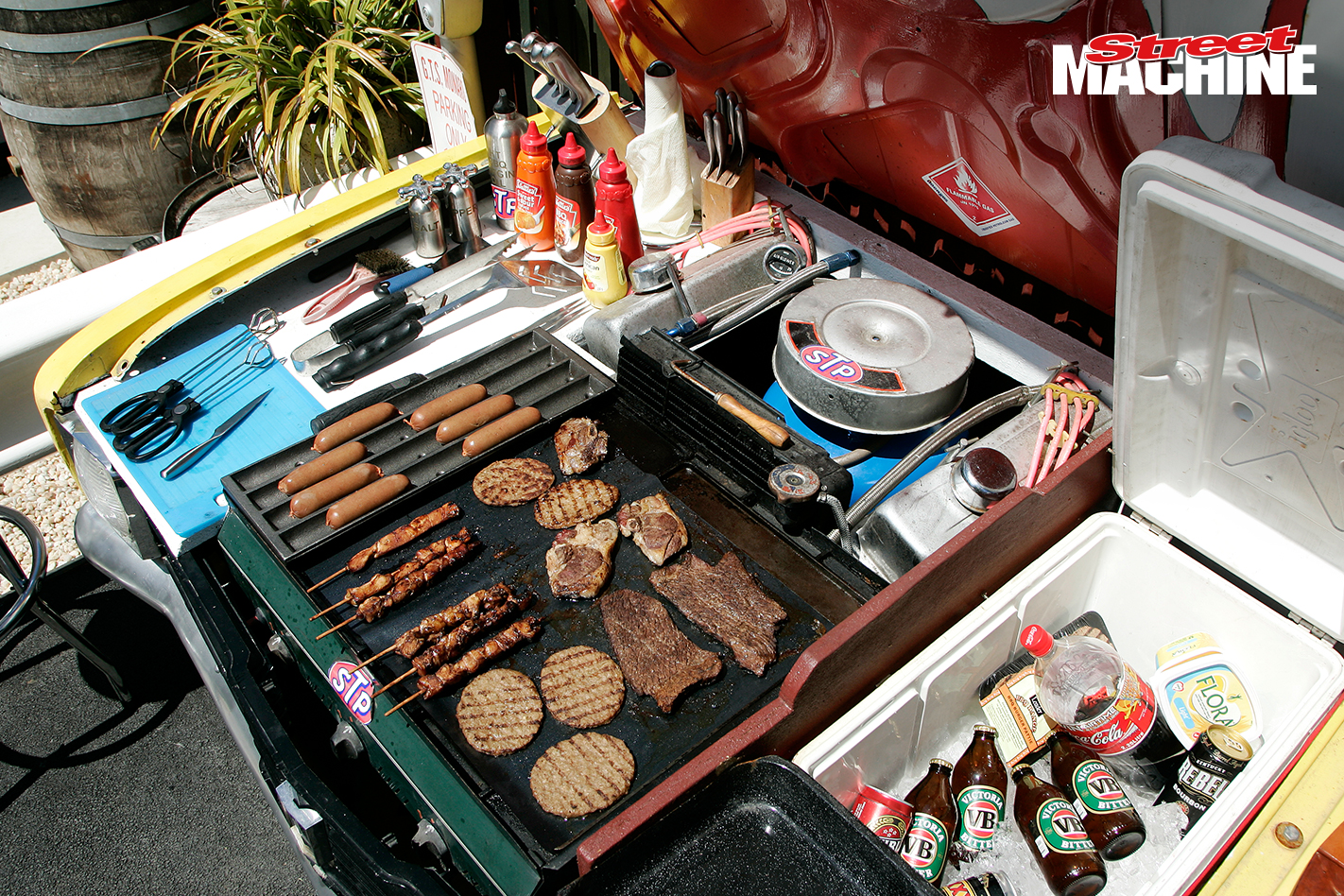 He built it up from spares he had lying around after building an HT Monaro race car. It’s not here at home but he says it has a supercharged 355 Chev and he’s run an 11.7@126mph on circuit tyres. 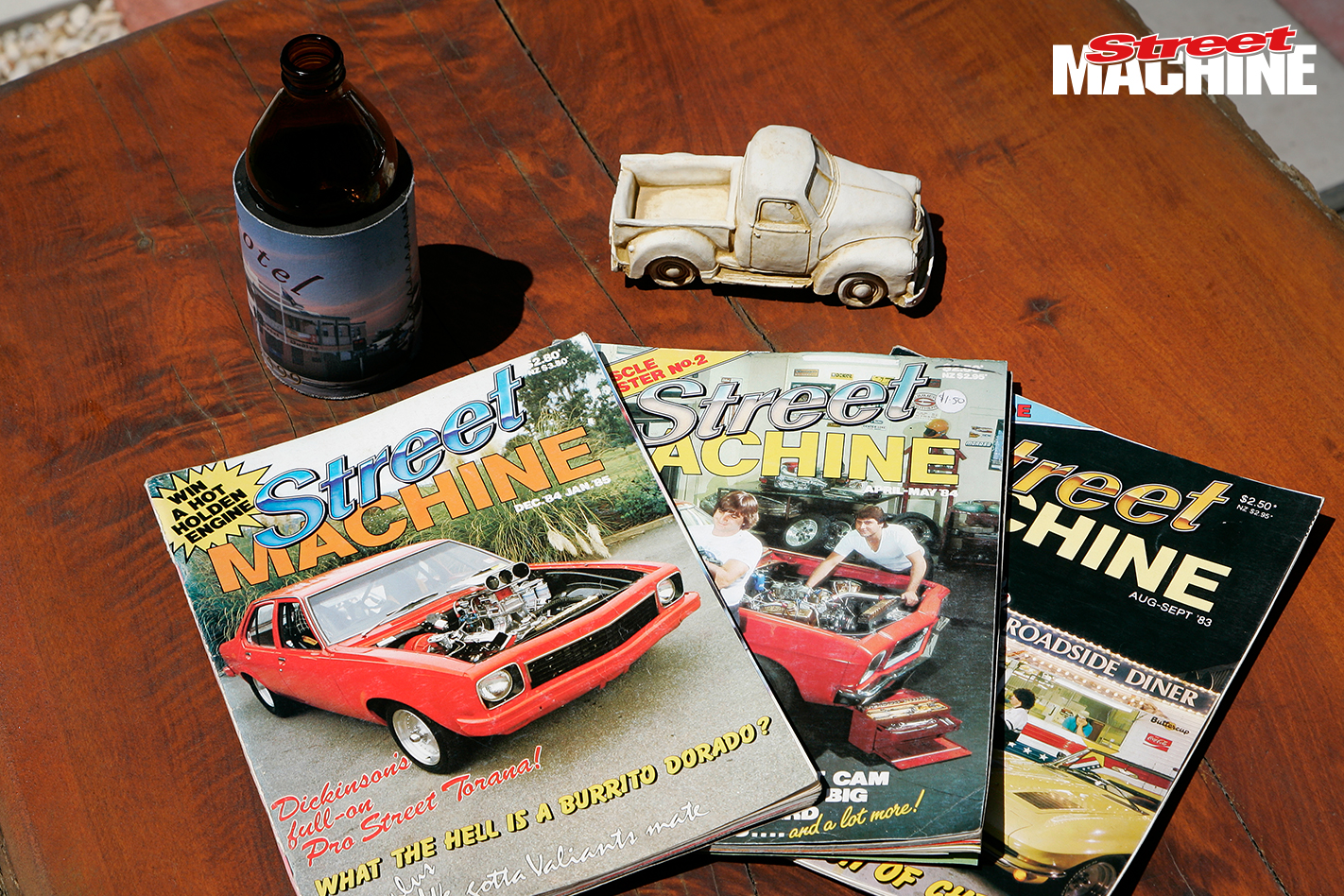 “It’s pretty much stock,” Greg says. “It has a Holden rear-end, and three-speed, manual valvebody 350 Turbo. We’ll probably strip it right down and repaint it. The boy can do that, he’s been brought up right. He’s got a VN Commodore.” 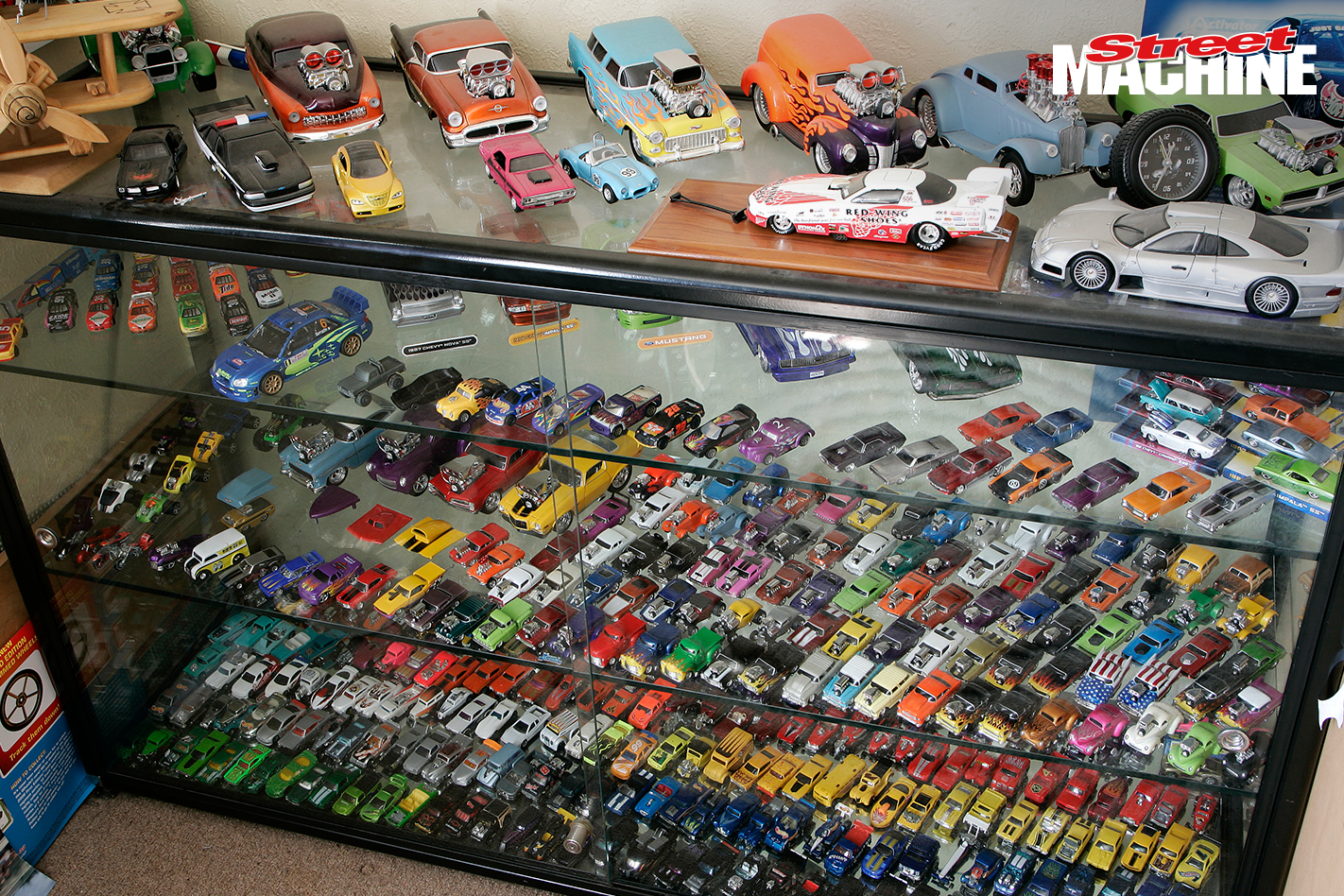 ‘The boy’ is Greg’s 17-year-old son, Jamie, who shares his father’s passion. The glass cabinet in his room contains a collection of cars they’ve been piecing together since Jamie was a baby, so it’s little wonder all things automotive form a shared passion. 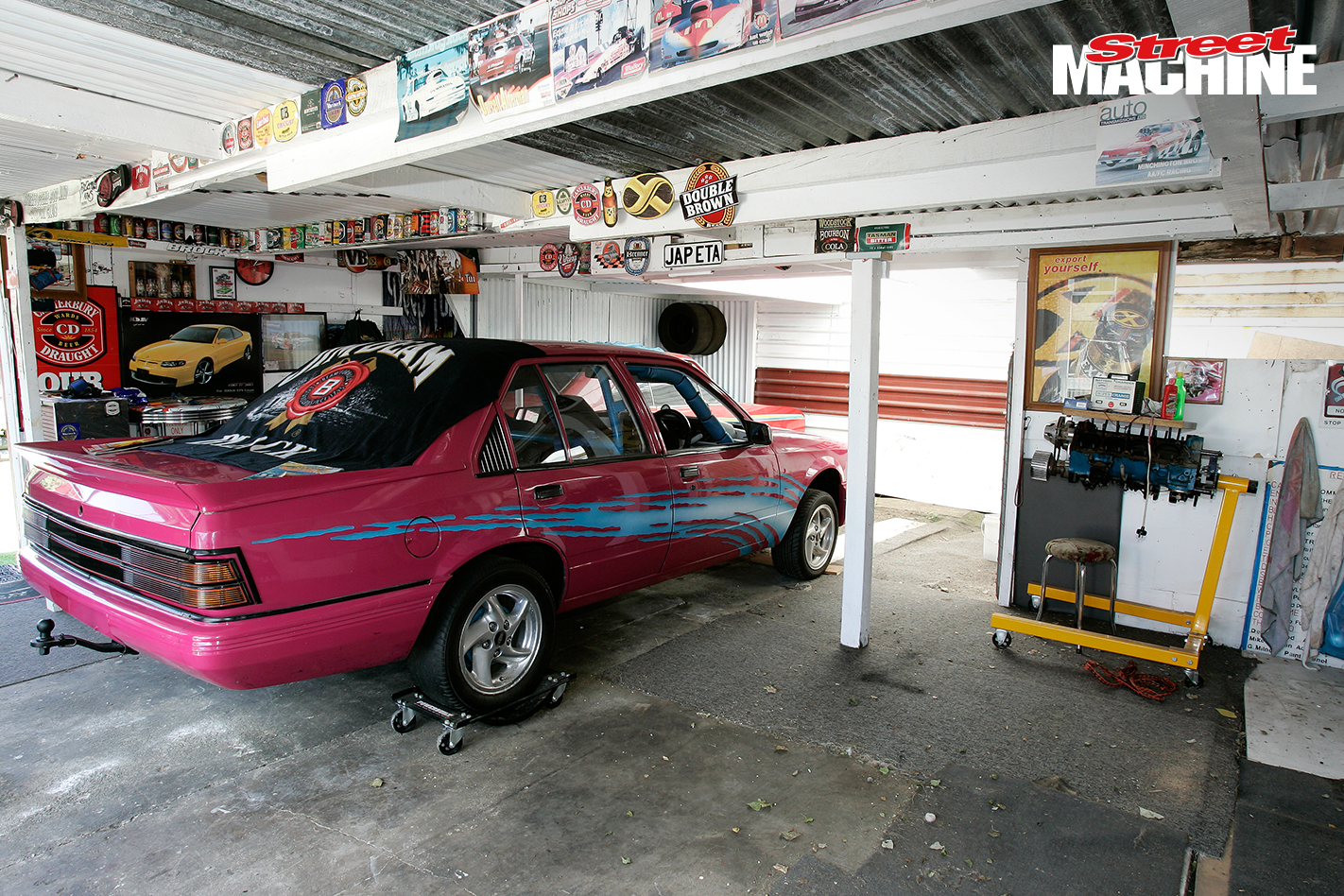 Aside from Jamie’s VN, there are a couple of other Commodores in the collection — a VX SS with all the bolt-on bits, and a VK that Greg uses as a street and strip car. He had the 355 from the Monaro in it but that’s now getting rebuilt to go back into the HT, which he hopes will run 10s, so he’ll source another engine for the VK. 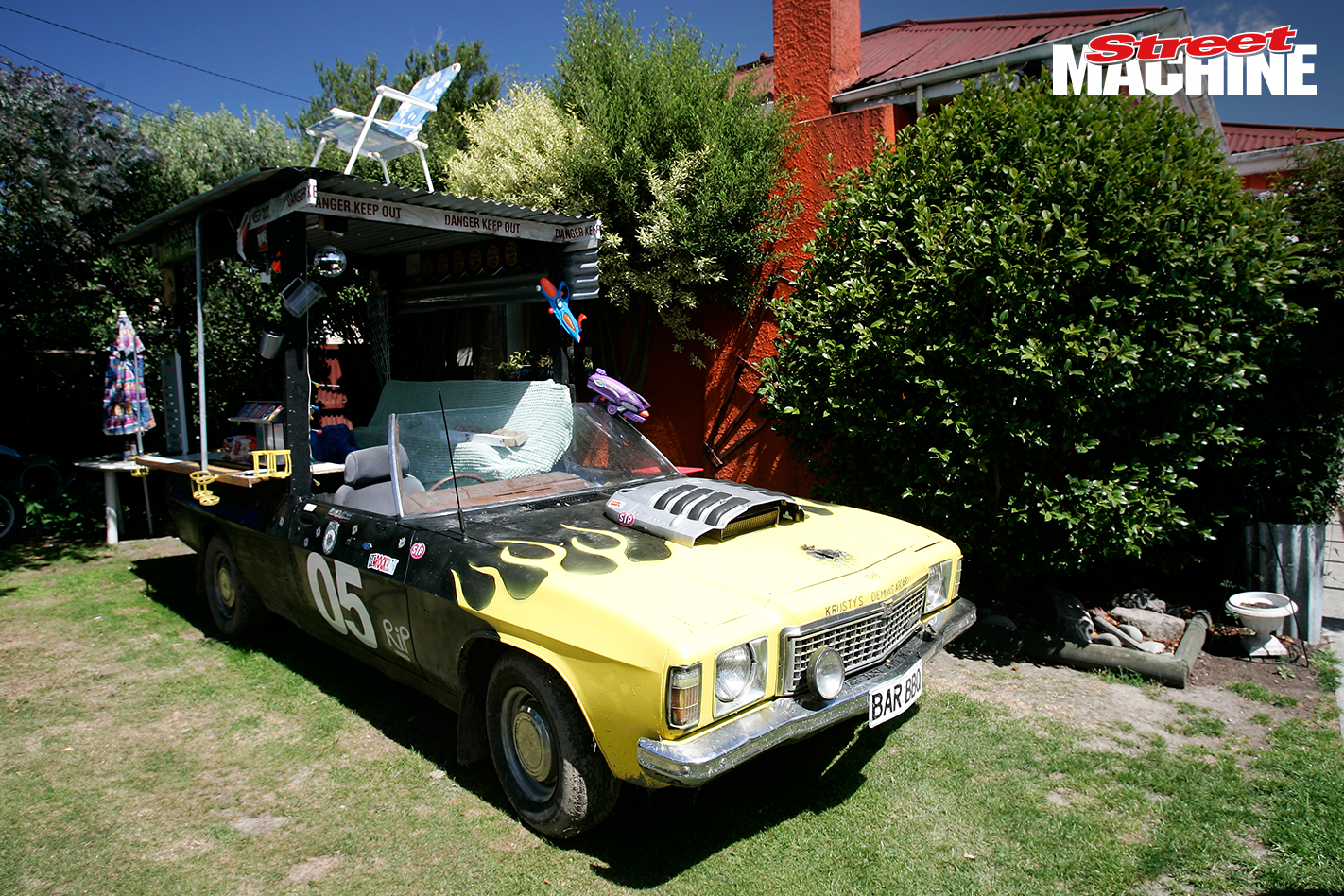 In the meantime, you can catch up with Greg at most New Zealand car shows. In fact it’d be hard to miss him and his amazing party ute. I suggested that to top it off, he needed a guitar amplifier.

“Oh, it had that as well,” he says. “We had a battery adapter for a three-pin plug that ran off car batteries for it.” You could scarcely be surprised. 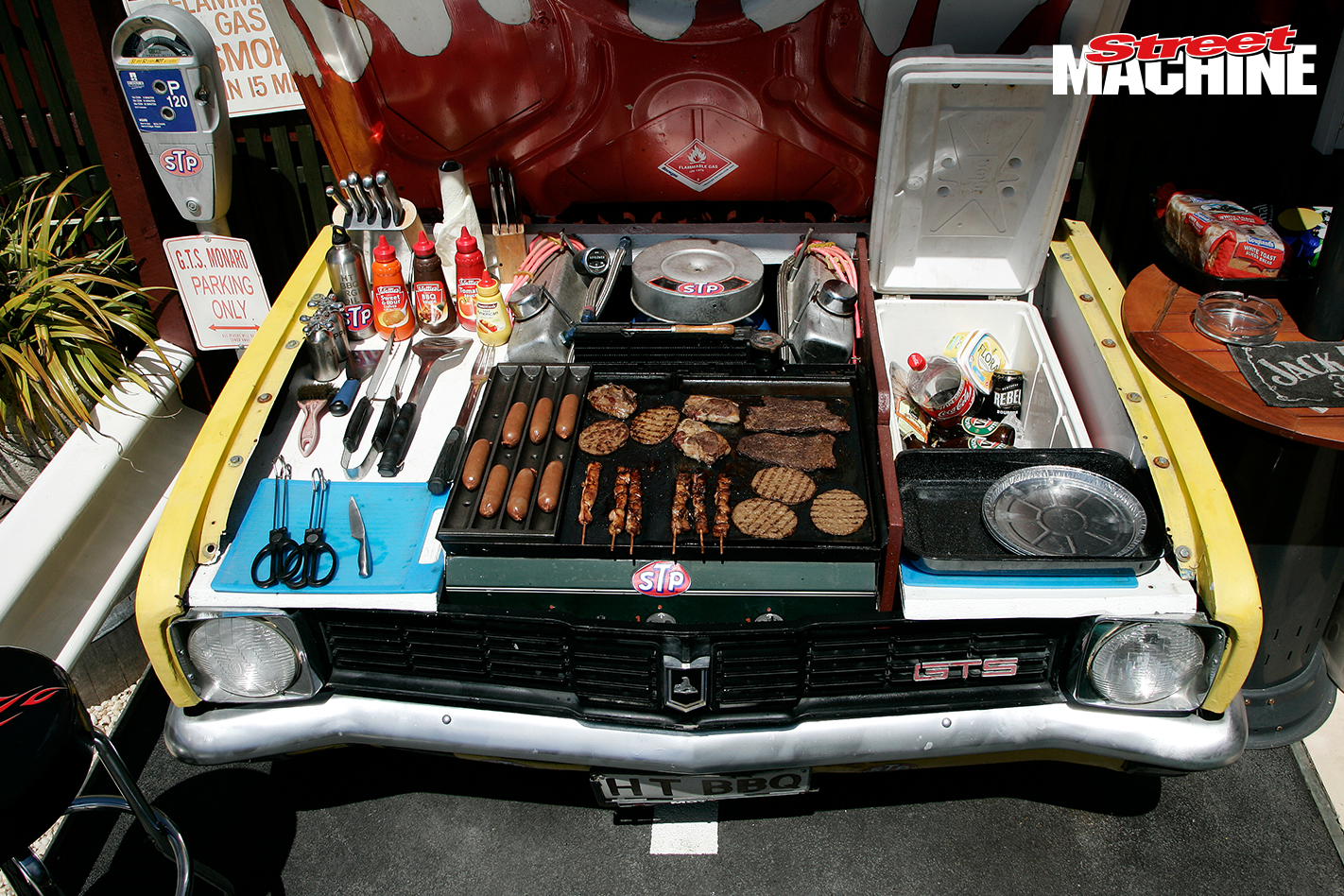 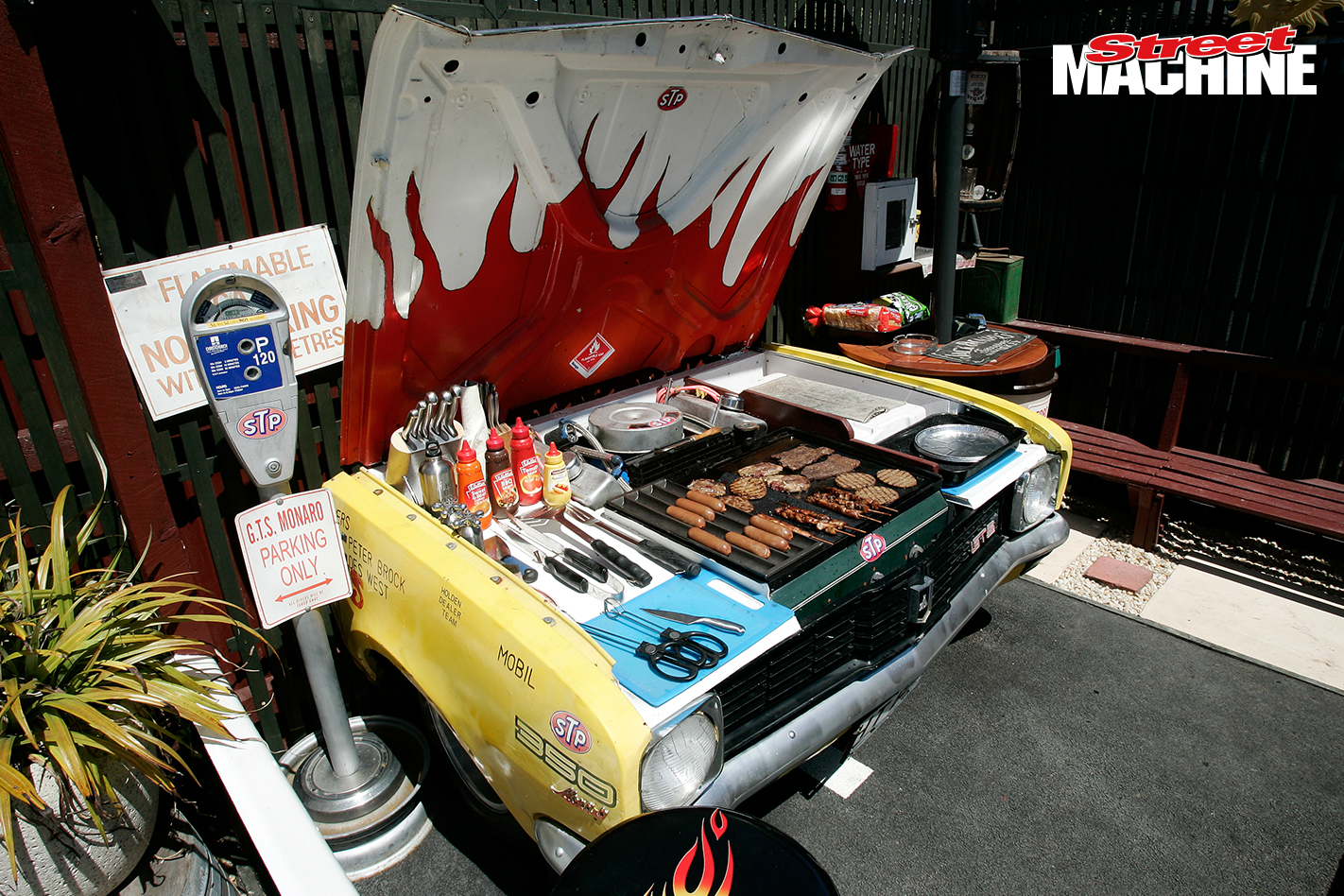 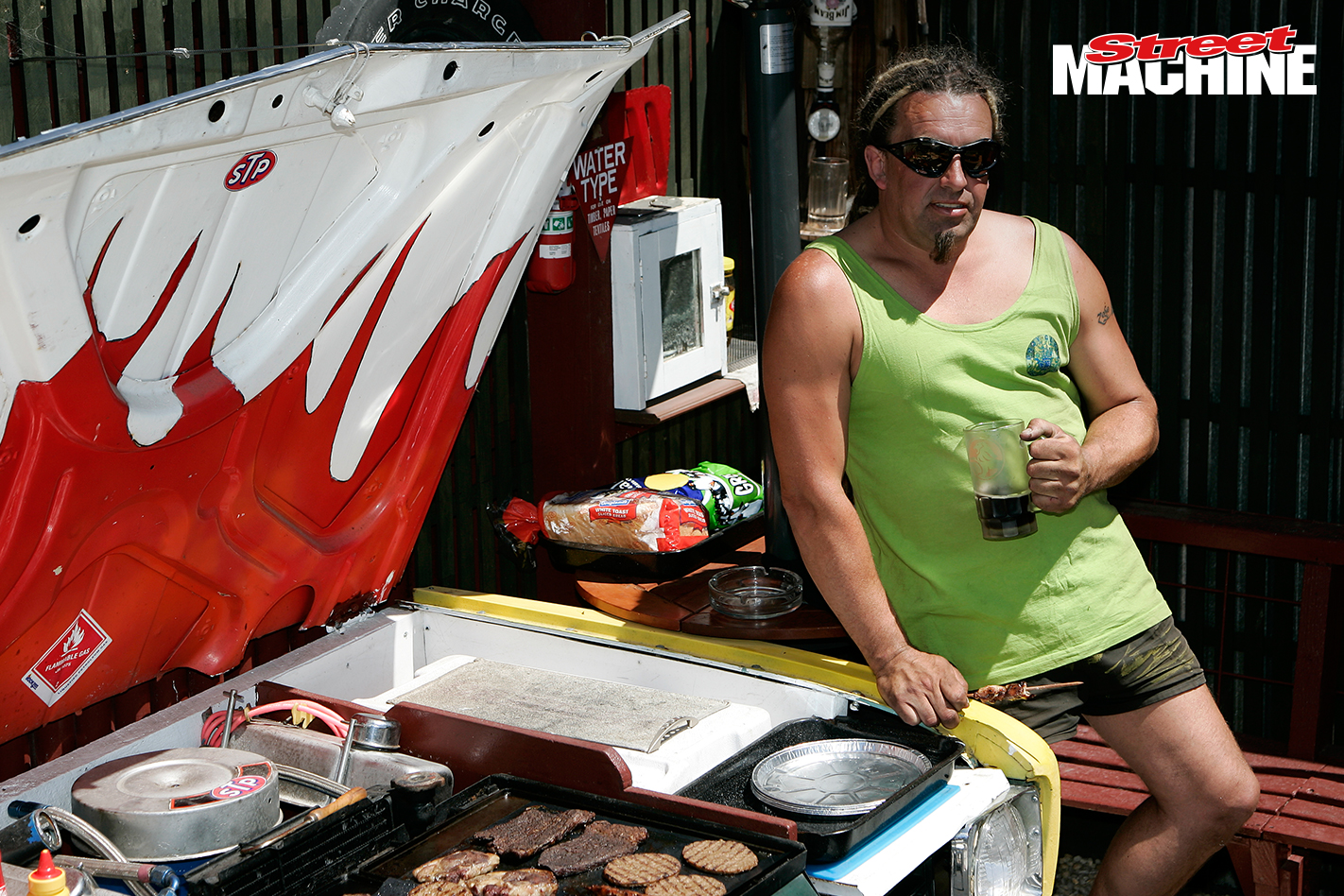 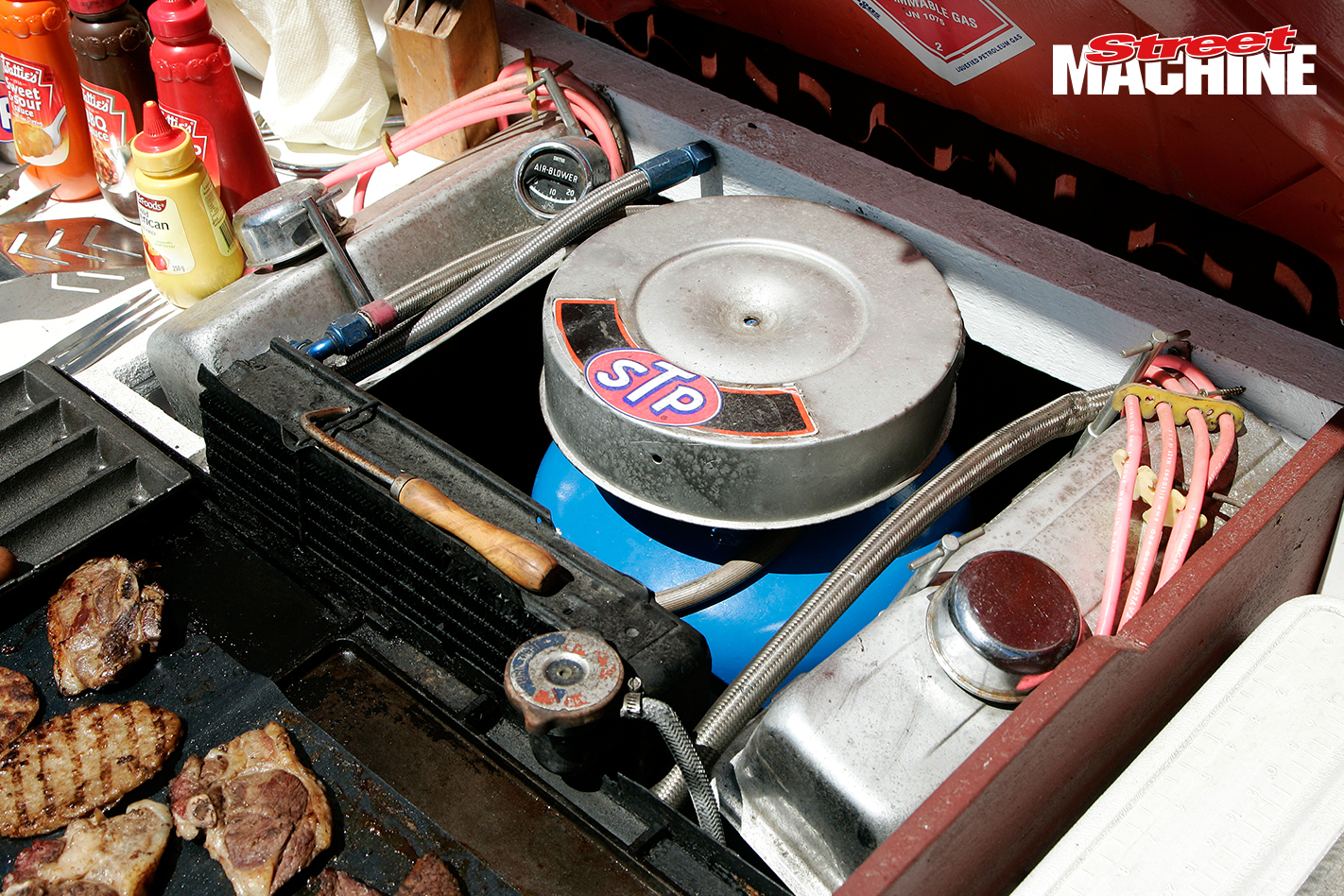 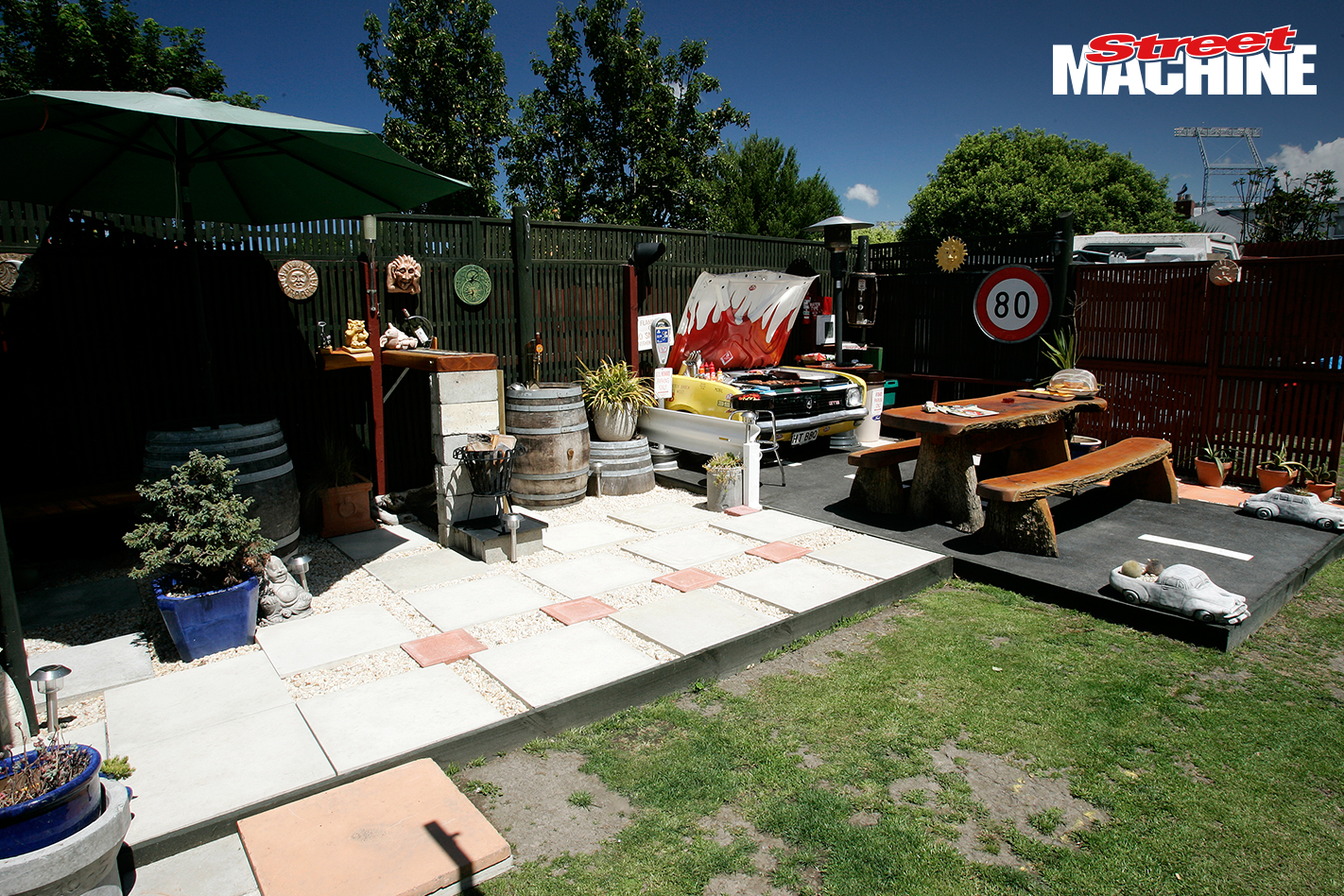 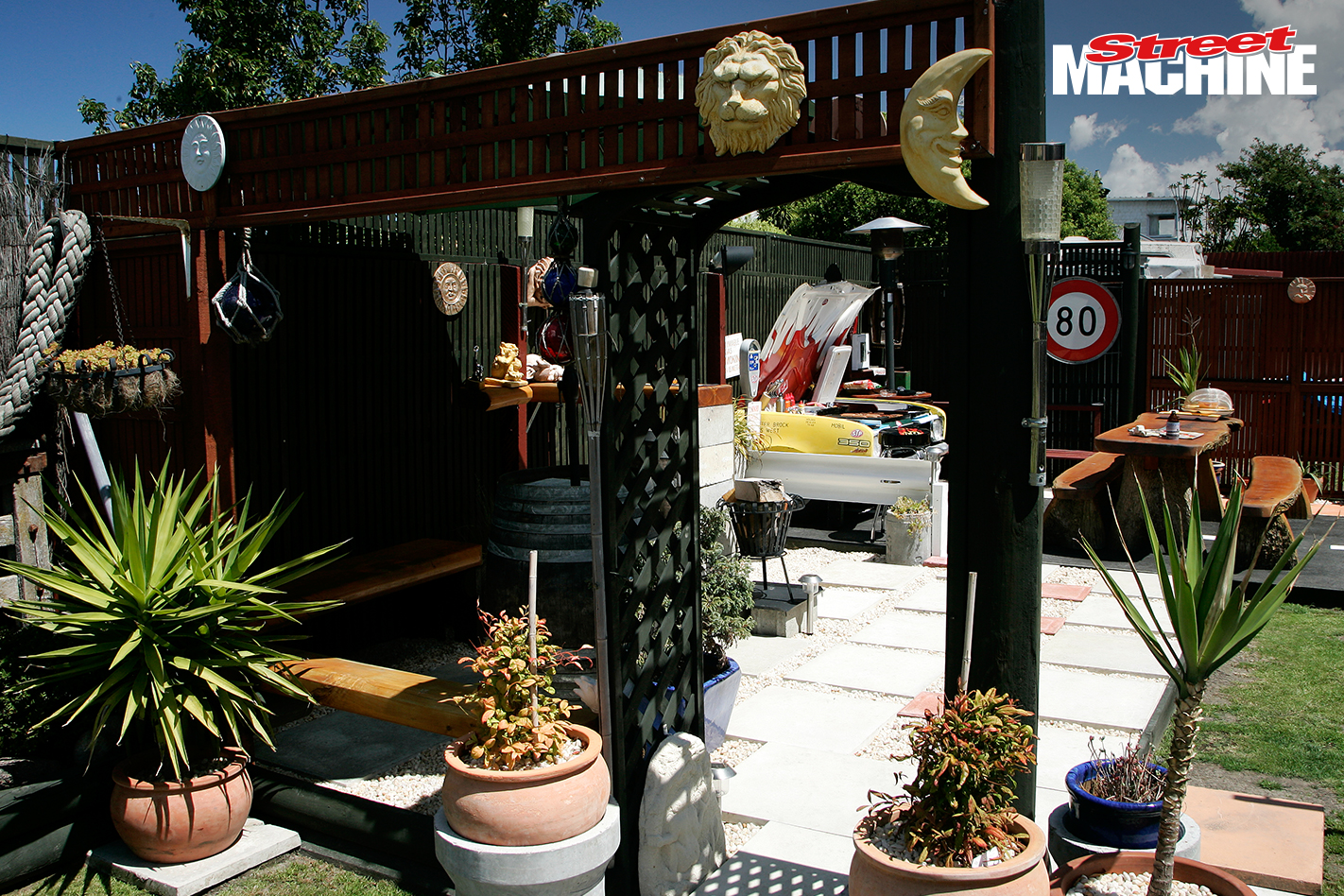 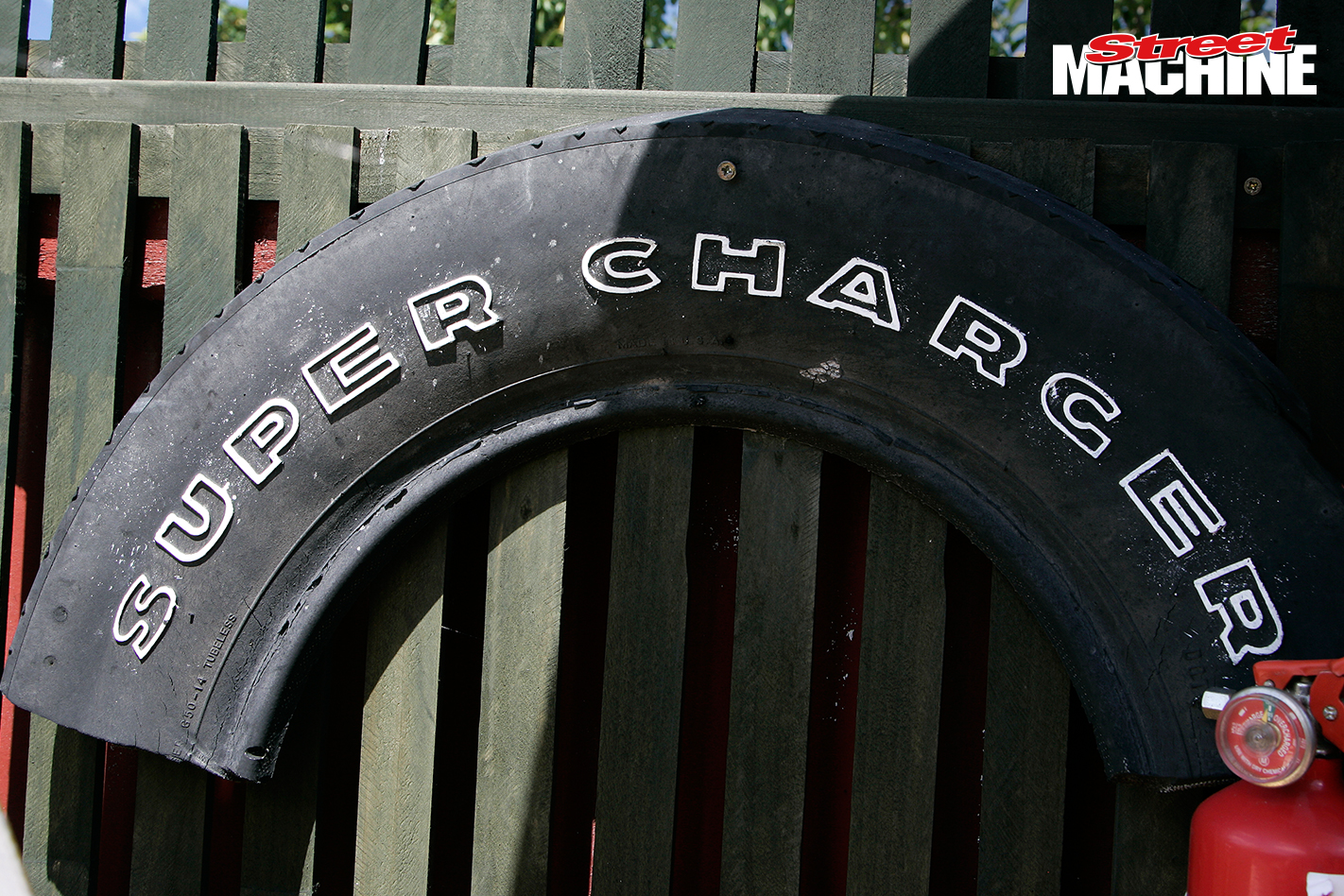 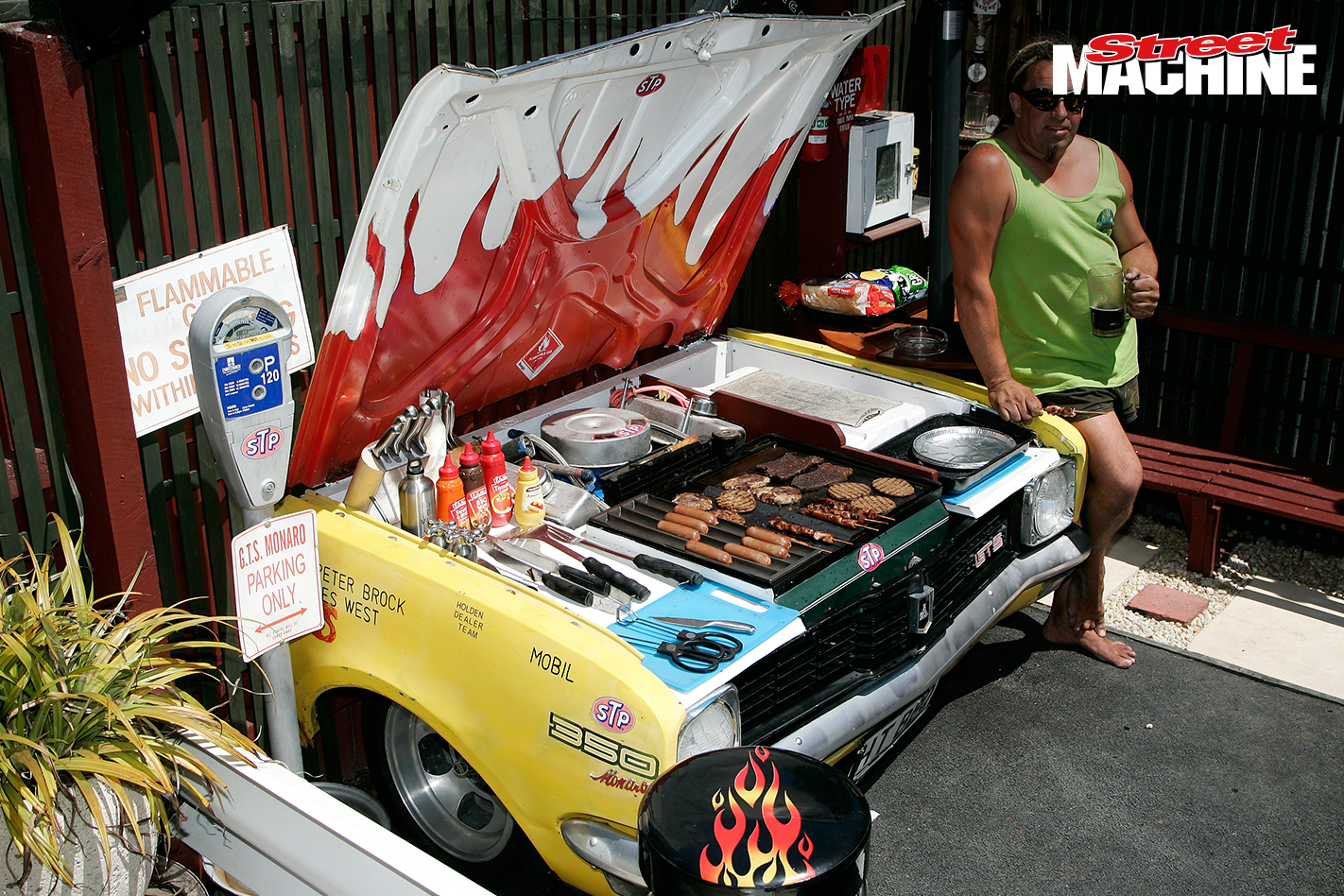