AS LOCKDOWNS from the coronavirus pandemic become stricter, millions of Aussies are going to be stuck at home. For some, this will mean more hours in the shed; others will be looking after their kids. To help you while the time away, we’ve compiled a selection of the finest car-focused YouTube channels made right here in Australia. 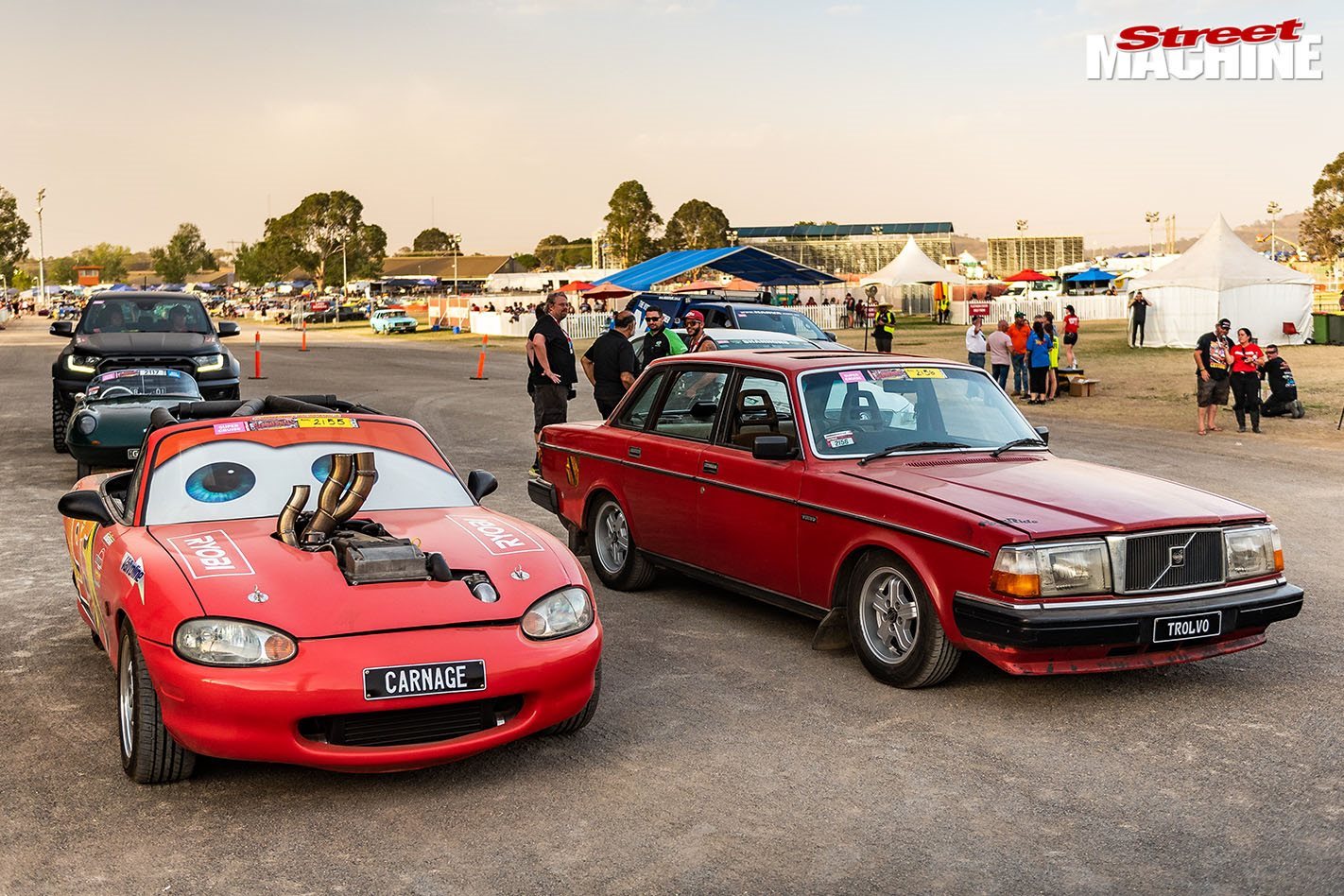 Naturally. Our very own web series with Scotty and Kian at the helm has a huge back catalogue dating all the way to 2017. If you’re reading this, chances are you already know Carnage – but what better time to delve back into the history of the Turbo Taxi, the Toxic Avenger, and the artist formerly known as MX5.7? Travel vicariously to Street Machine Summernats, Red CentreNATS, the Running On Empty Festival and practically everywhere in between in pursuit of skids and giggles. 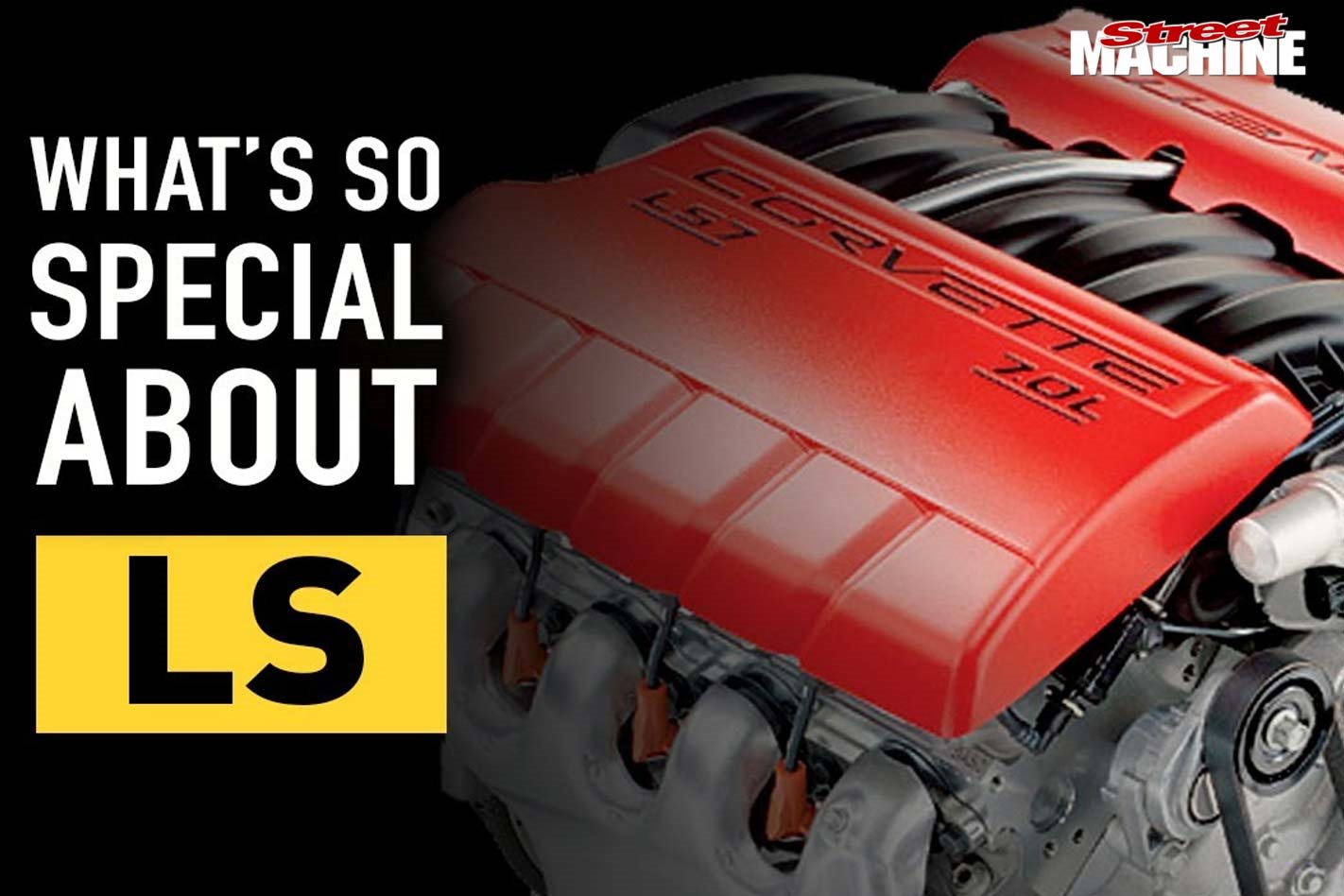 The computer nerds who put together some of the world’s best engine control hardware also know how to make a mean video. Haltech’s YouTube channel offers handy tutorials, explanations of how stuff works and good old-fashioned chinwags about fast cars and the people who drive them. In terms of production quality, they’re hard to beat. 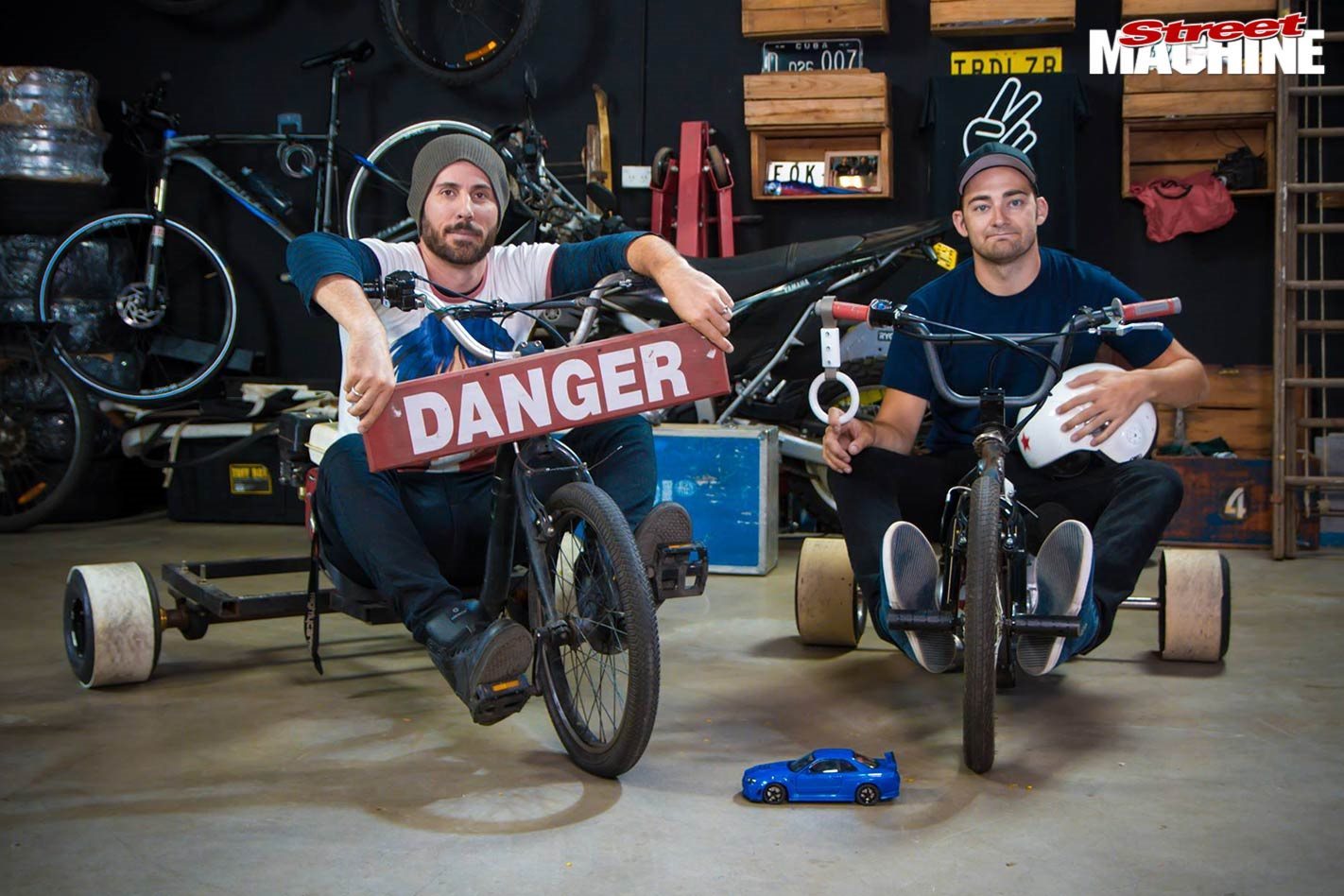 Marty and Moog turbocharged the Aussie car scene on YouTube over a decade ago, quickly earning a global audience. In fact, they’re still one of the most successful automotive YouTubers of all time, proven by the ‘CHOPPED’ finger stickers you’ve probably seen on many cars. The boys have built plenty of cars over myriad episodes, with a primary focus on JDM rides. A highlight of the series is their collaboration with the famed Roadkill show, an hour-long special involving a custom Impreza dubbed ‘Subarute’. Having been in the business for so long, MCM’s videos are always well put together and feature music by Moog himself. 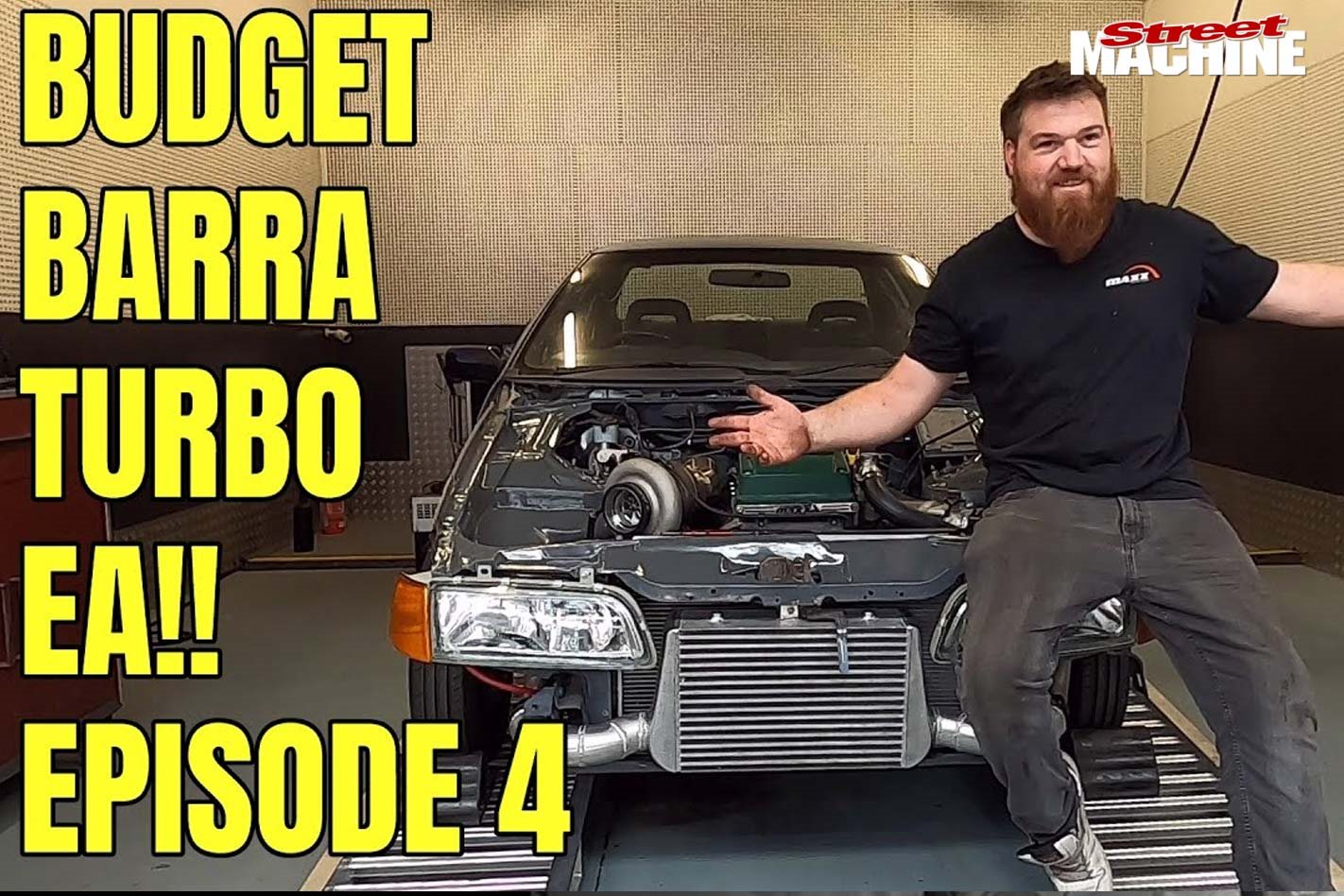 Zane and his crew have always been a key part of keeping Carnage alive, lending their tuning and dyno services for all our Barra-related shenanigans. Though they’ve been putting their Falcon-based handiwork up on YouTube for a couple of years now, they’ve recently debuted their first series, focusing on their low-budget Barra turbo EA Falcon build. Zane’s an expert in getting the most from Ford’s big six, so it’s great to see him and his team in their element. Some cool time-lapse style footage rounds out each episode. 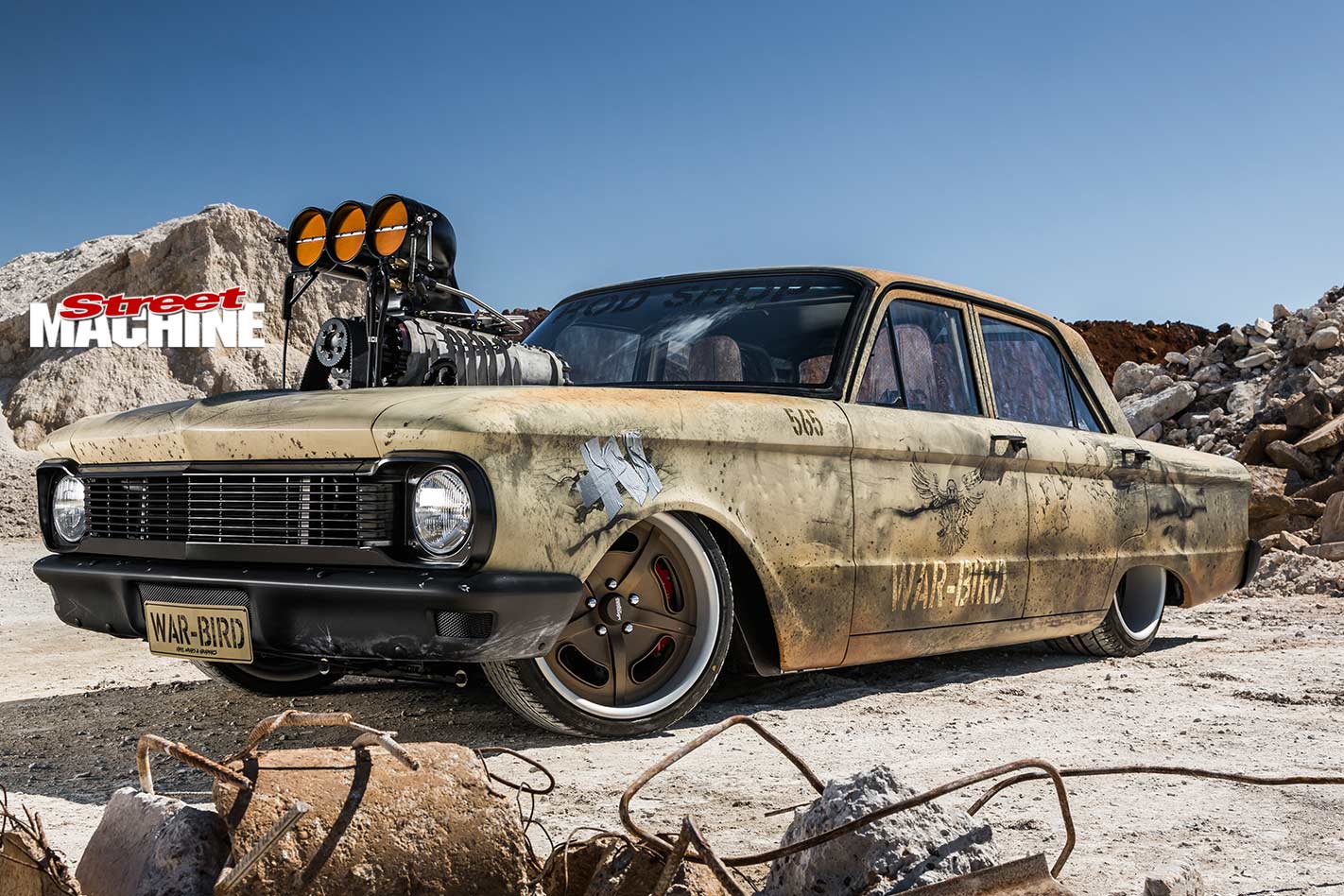 The Rod Shop’s channel is a veritable feast of both knowledge and power. Their Shop Talk series, which stars ex-AFL star Barry Hall, offers plenty of info about their huge product catalogue. Their own beast, the WARBIRD XP Falcon, also receives plenty of screen time. Now is the perfect time to tune in, as the team is in the midst of a series on their trip to the US. 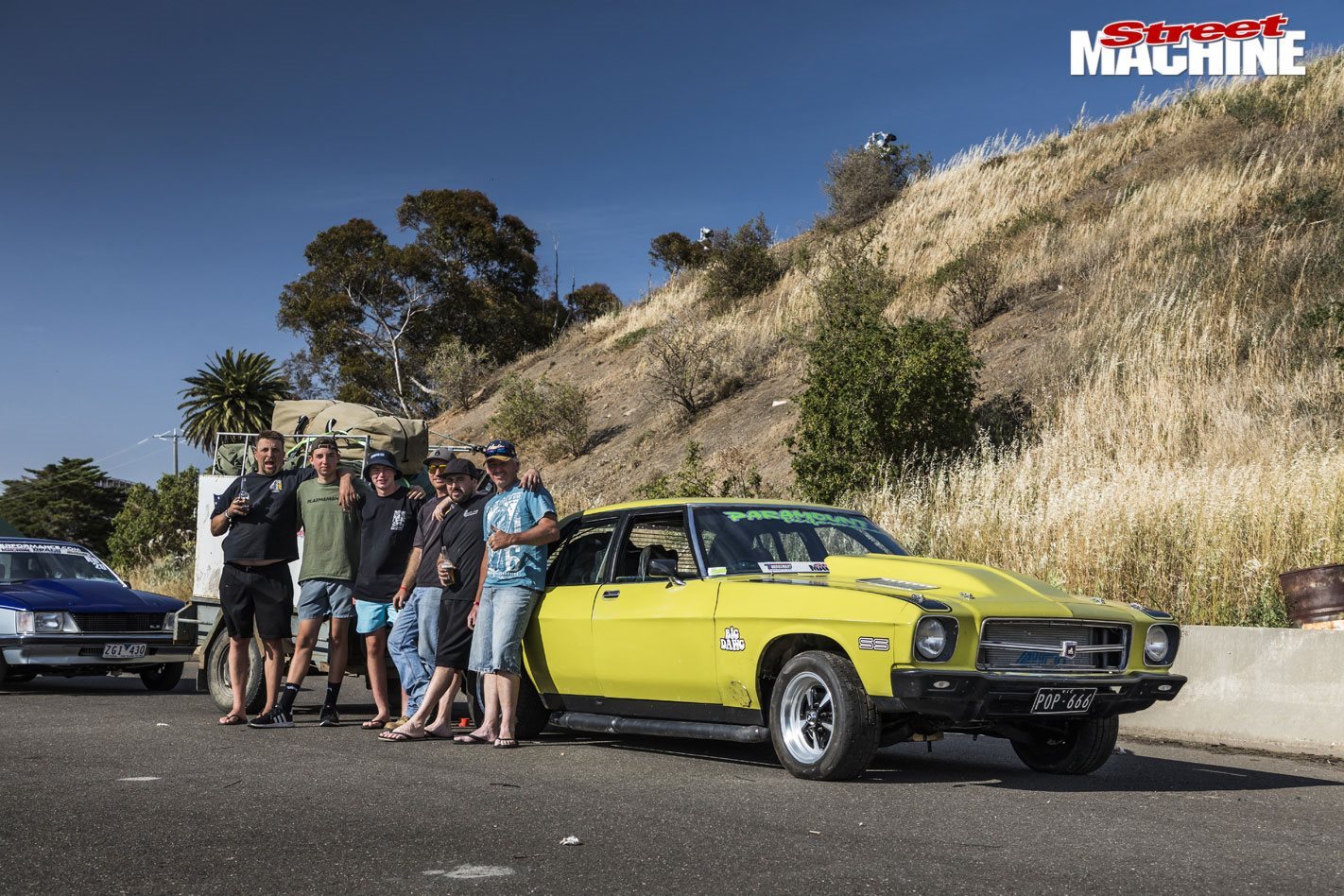 A latter-day saint of the Aussie drag scene, Harry Haig has teamed up with son and protégé Corty to launch their very own channel. Though Harry and Corty are understandably more experienced in building crazy cars than putting together an A-grade video, they’re giving it their all to provide behind-the-scenes looks at how their rides come together. Right now, they’ve got a new project in the works, jamming a boosted 5.3-litre LS into an XM Falcon. 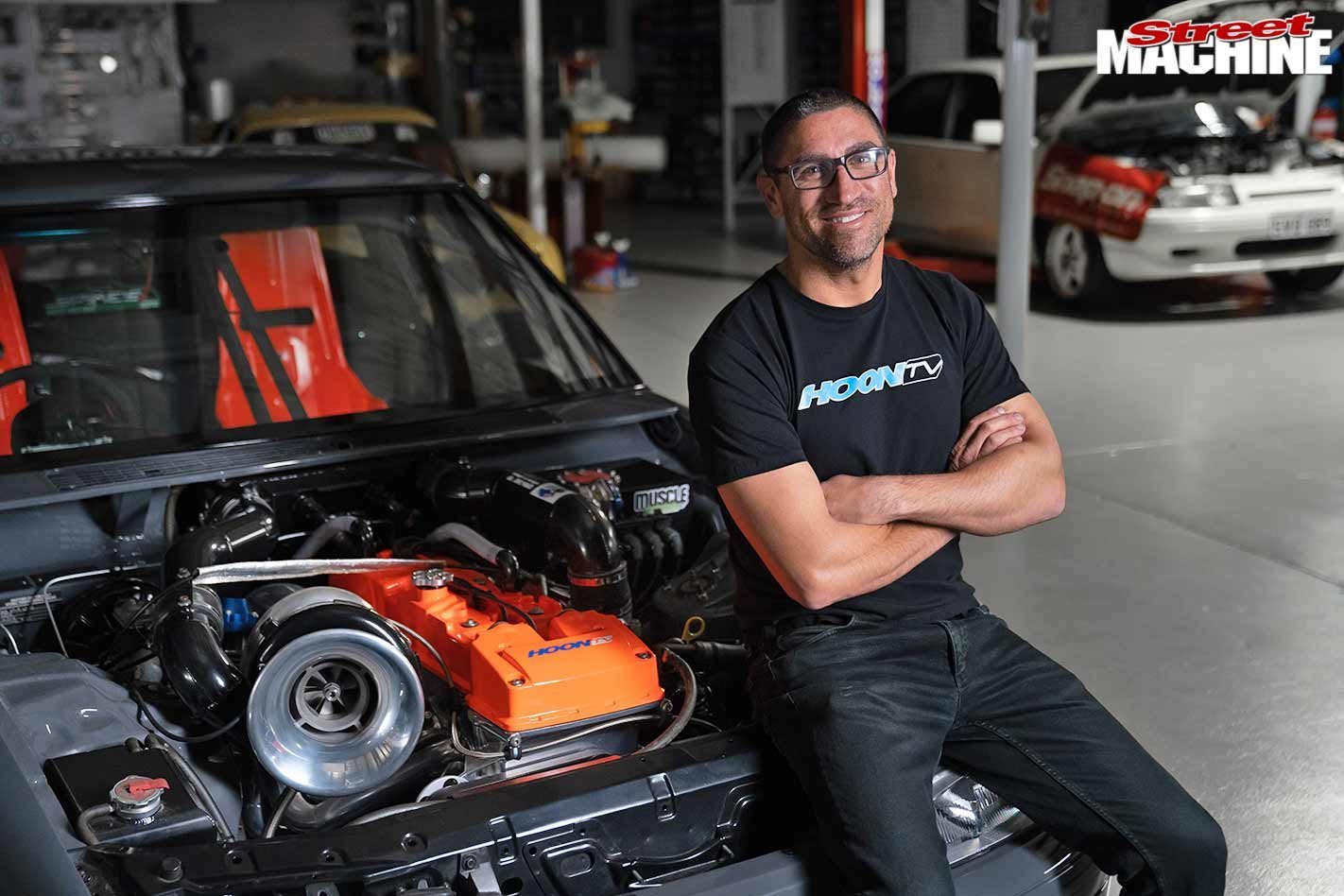 Former SM writer and Summernats TV man Mark Boxer spends much of his spare time building cool cars of his own, like the Barra XH Falcon we featured back December 2019 and an evil-looking custom Land Cruiser panel van. Much of Boxer’s work is shot in an informal ‘vlog’ style, interspersed with all the delicious cutaways you’d expect from a professional small-screen producer. 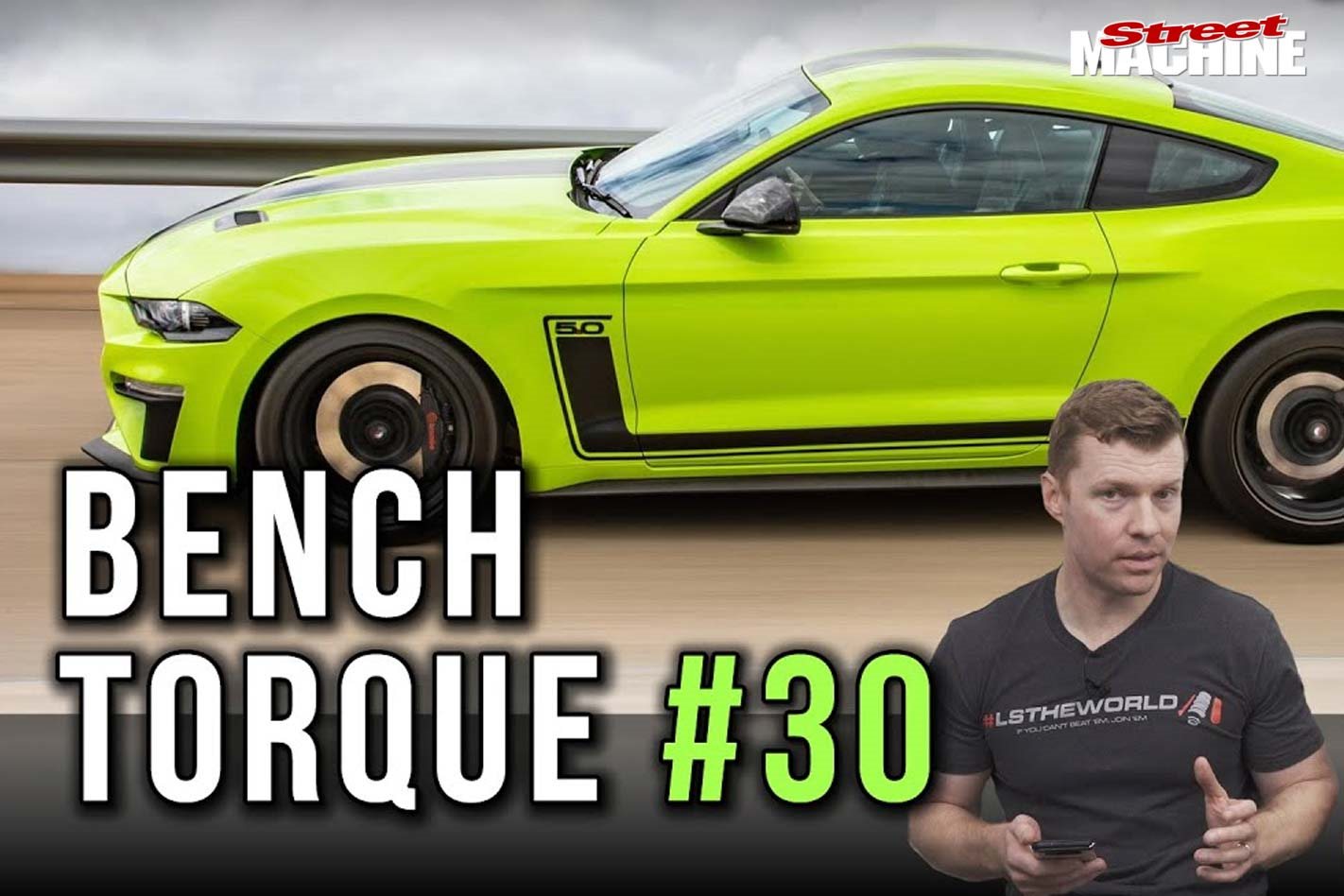 With over 20 years of experience, Fullboost offers a huge chronicle of automotive news and motorsport Down Under. Five videos have been released in the past week alone, making it one of the most prolific channels on this list. Alongside new bulletins on all things with four wheels, Fullboost hosts a treasure trove of high-quality drag racing footage from all over the country. 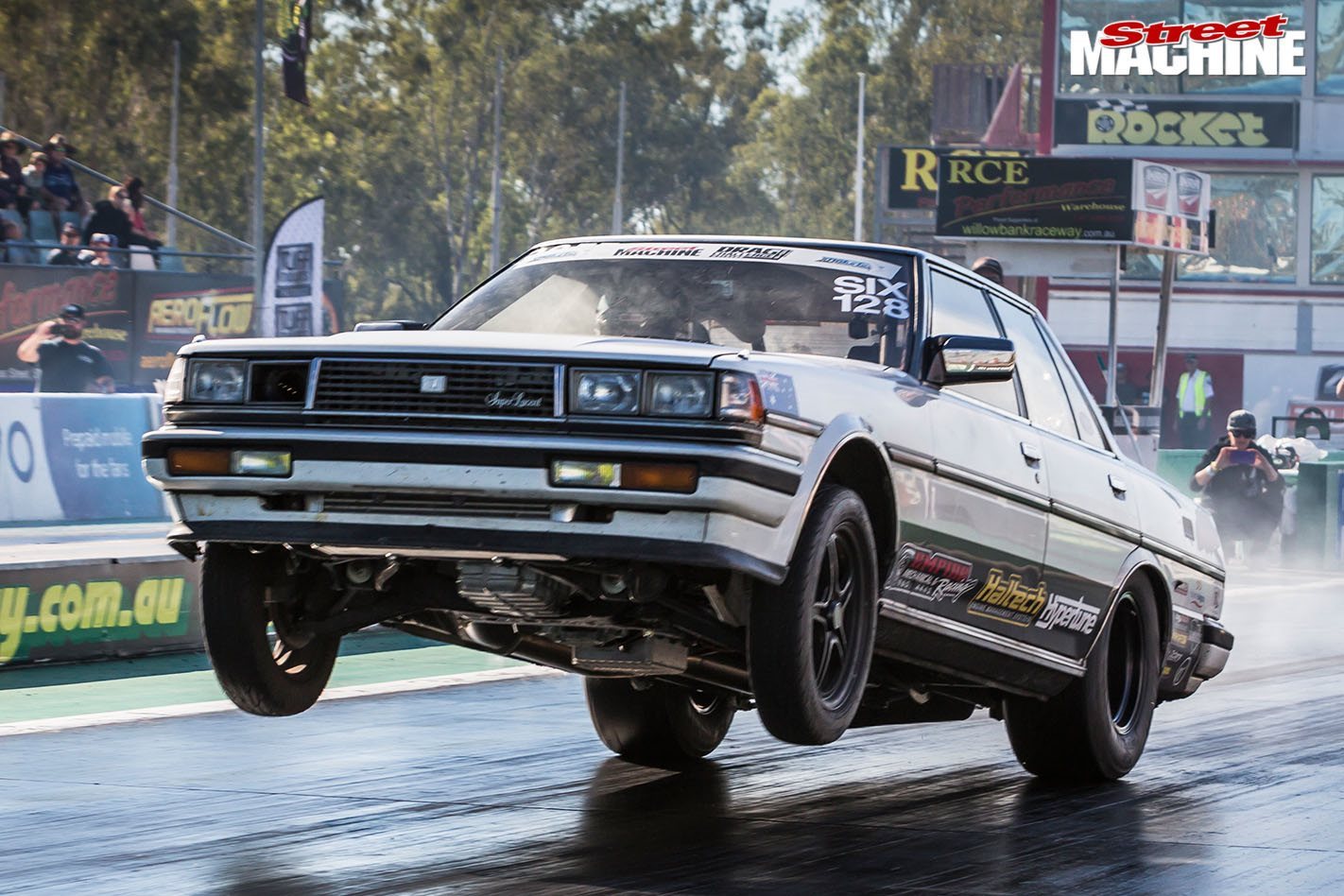 Before starting his own channel last year, Ben Neal was already known to YouTube denizens, appearing on Mighty Car Mods as ‘The Mechanical Stig’. Now, with his own space to play, he chronicles progress on several cars, including his bonkers Barra-powered Cresta, supercharged IS200, and Drag Week-veteran Fox-body Mustang. It’s nicely produced stuff, with plenty of lavish close-ups and montages over the typical 10-25min runtime. 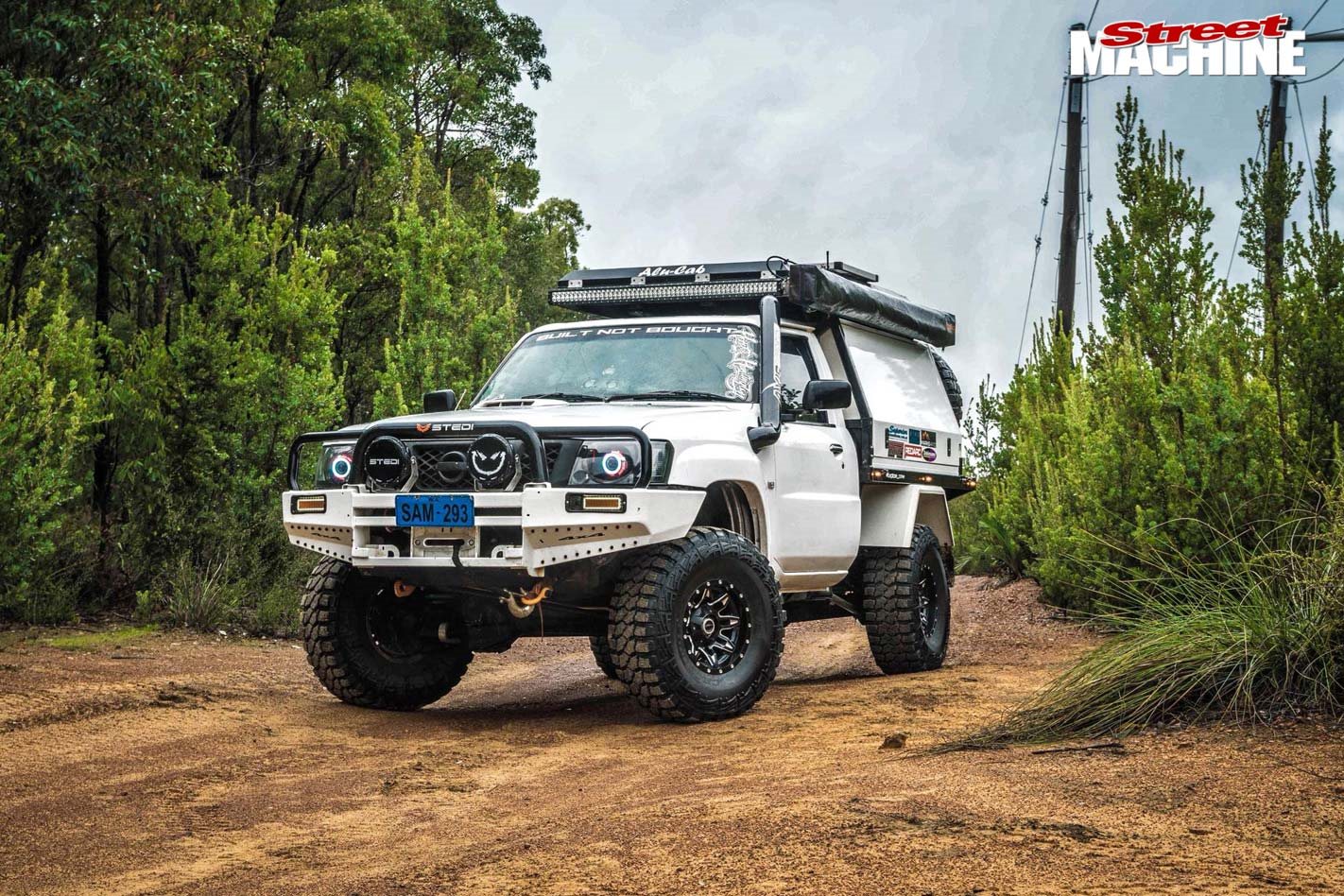 If you’ve got a soft spot for some 4x4 action with a little bit of tomfoolery thrown in, Sam Eyles has you covered with this web series. It’s an eclectic mix of big-budget rigs handling hardcore terrain and jalopies built just for fun – like a BA Falcon chopped up and bolted to 40-inch mud tyres. It’s also worth checking out the episodes covering a tidy HQ Tonner for a dose of Street Machine-style content. 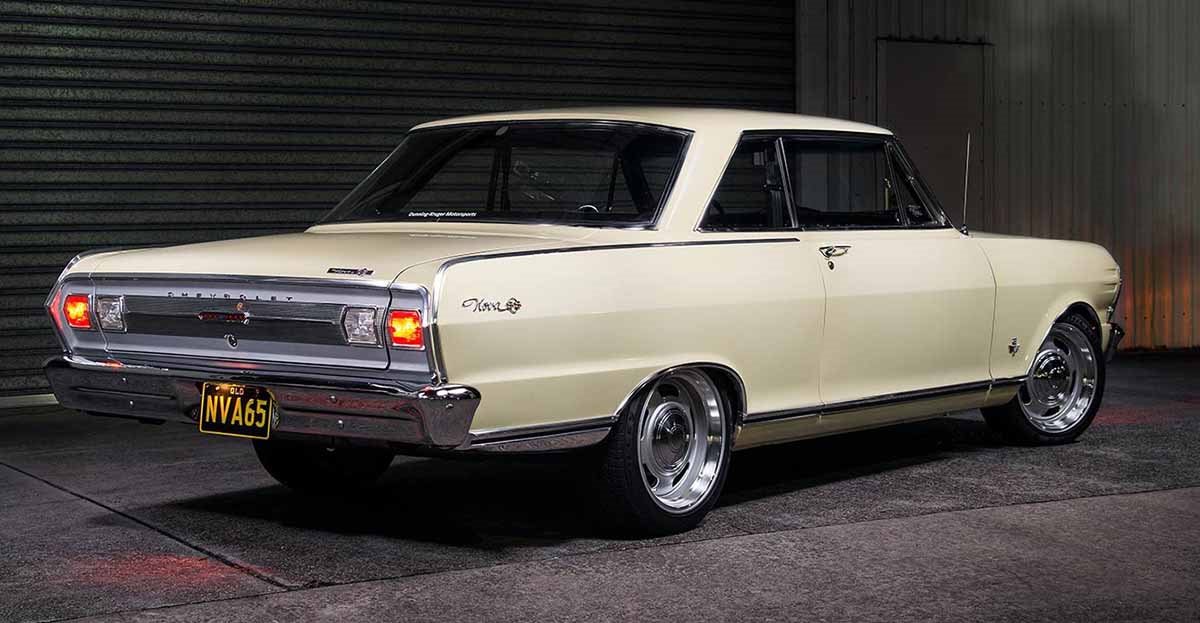 Alan 'Turbo Yoda' Butler and Ben 'Woody' Wood kicked off their YouTube builds on MCM’s channel, as Al has helped Marty and Moog on several projects over the years. The lads have built some incredibly stout and diverse cars, including a twin-turbo V12 LandCruiser, a turbo 1UZ ZC Fairlane, Holesaw Dave’s 1000hp VK, Millsi’s turbo Barra-powered Bedford van, Cholocam’s undercover LS swap in a ’65 Nova SS, and more. Based out of Al’s shed in regional Queensland their love of odd engine swaps is matched only by their enthusiasm for lemon squash and dirt-squirting. 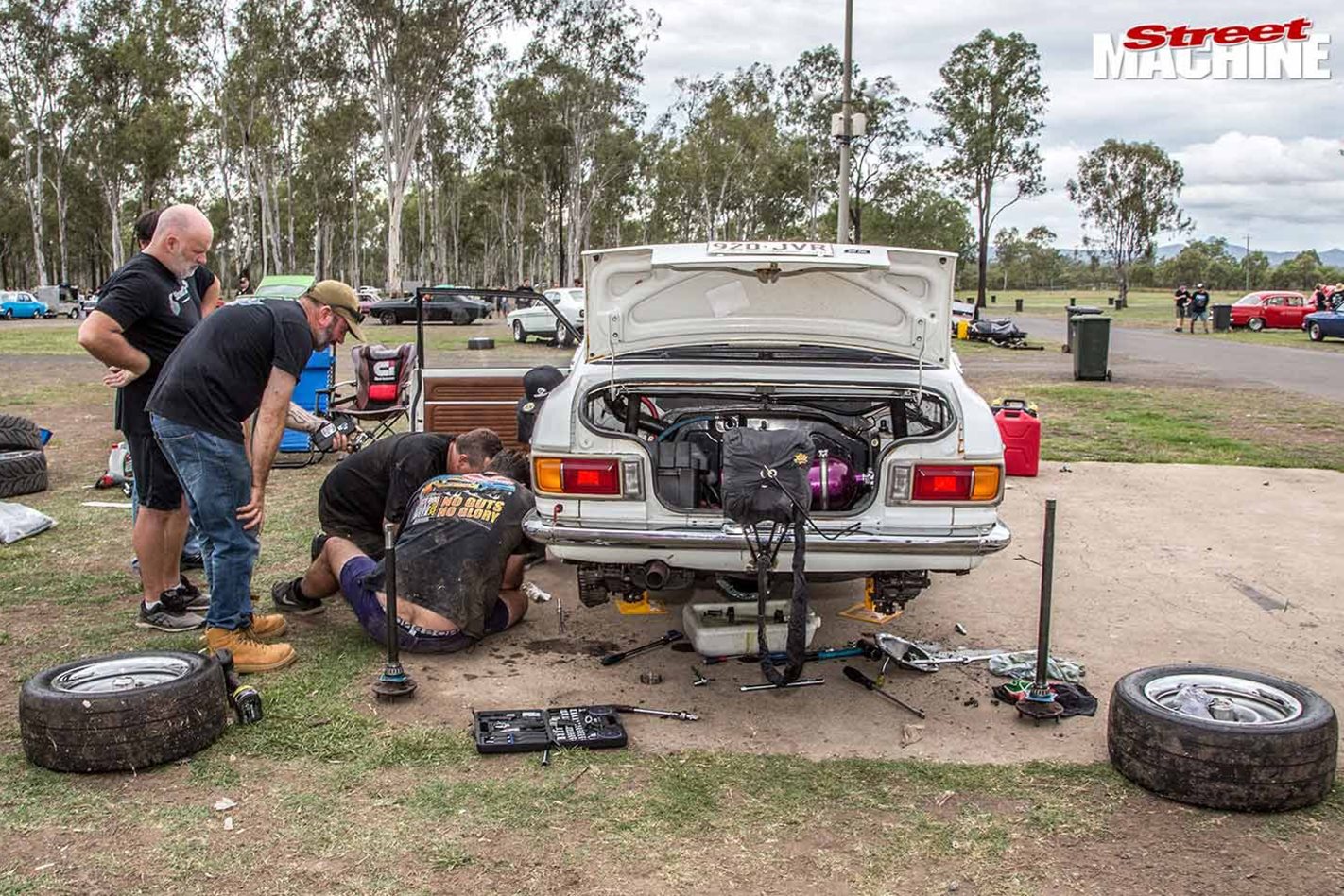 If you love turbos on just about everything, then the guys from Nugget Garage have got you covered. Fronted by Queenslanders Scott Hoffman and Chris Ethell the channel is a fairly recent addition to the YouTube subscription list and features cars with names like Barry the Barra and Kevin the Commodore. Budget builds are the name of the game and with their own hub dyno to play with the guys aren't afraid to try weird and wonderful combinations. If you're looking for show car restorations you're in the wrong place, but if you're looking for inappropriate boost levels on stock bottom end Aussie shitboxes then log on and hit subscribe. 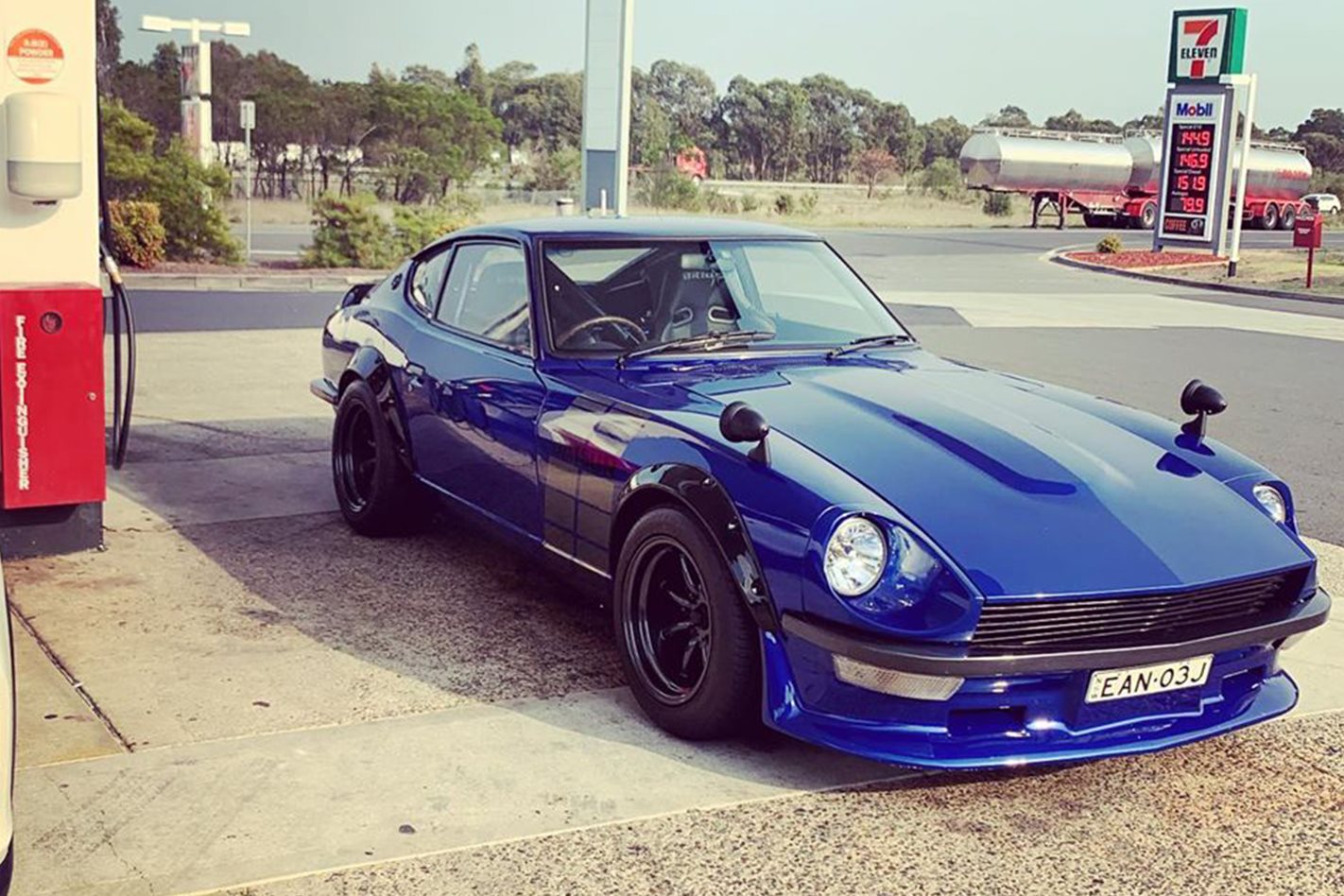 ​
For those thirsting for some full on restoration builds then check out Home Built By Jeff. While the cars not exactly Street Machine spec the in depth nature of the builds will strike a chord with any hard core car guy, or girl. If you're one of those who consider wheels and tint 'a build' then prepare to be shocked as Jeff tears down a Datsun and a Porsche 911 - among others - down to bare metal and rebuilds them at home. Full of tech tips and some serious metal fabrication the videos are great eye opener for those considering their own builds.