Street Machine's resident social media guru and 'All Things Bogan' kingpin, Paul 'Gus' Cronin runs us through some of his car adventures - and shenanigans - over the years

RESIDENT SM social media guru and All Things Bogan kingpin, Paul ‘Gus’ Cronin, is the type of bloke who likes to inject a certain amount of fun into everything he does. His car ownership is a great example of this; attached to every one of his rides are memories of the shenanigans he’s got up to. Raised on the Center Line-clad streets of Adelaide, Paul’s car adventures have taken him all over the country, some of which have been documented for our enjoyment on his All Things Bogan YouTube and Facebook pages. 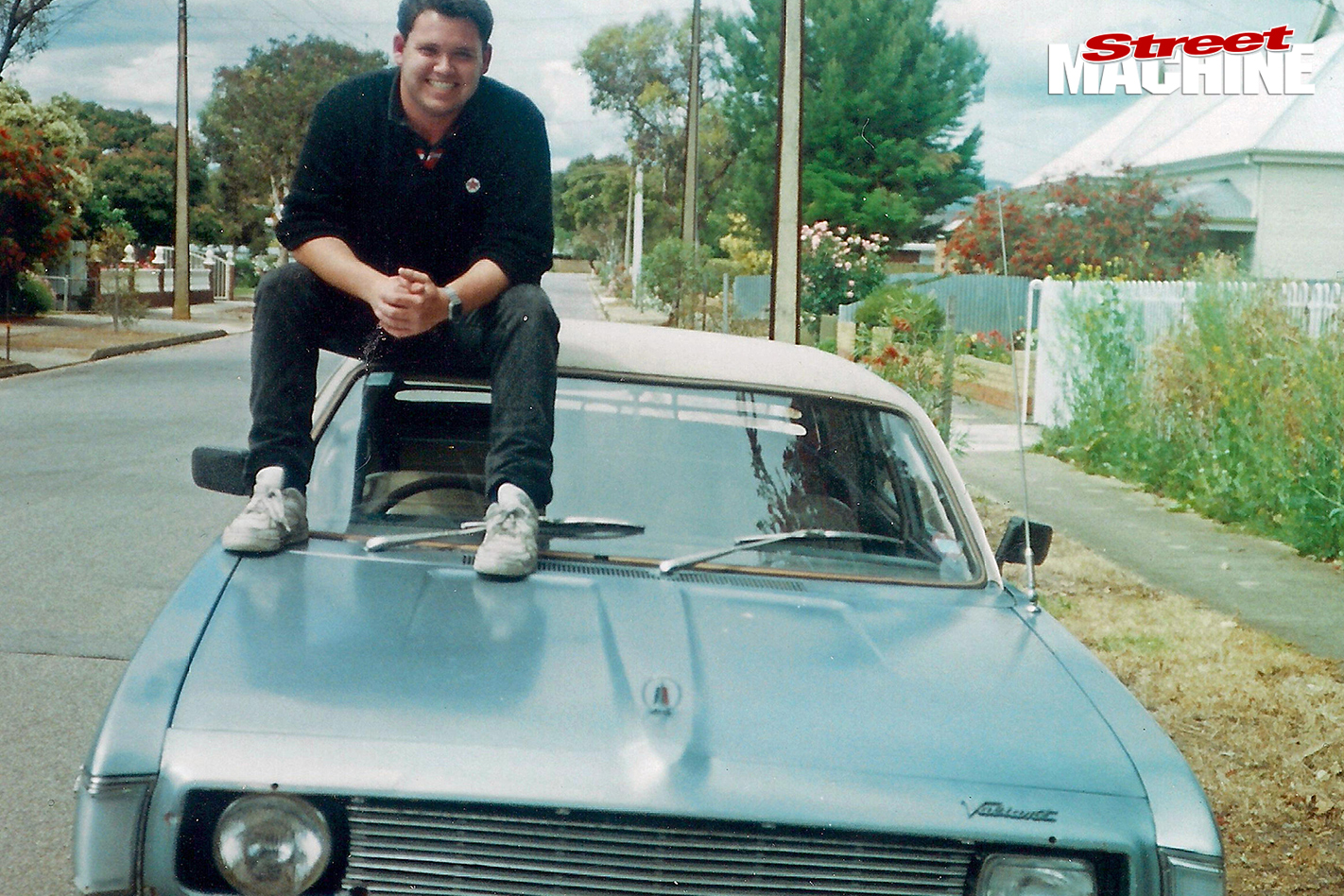 Paul's mum gave him her bright green Mazda 323 for his 17th birthday. “But it just didn’t have the street cred a young bloke needed to leave his mark – literally – at the old Bay carpark in Glenelg,” Paul says. “I needed to do burnouts, so I slapped down $400 for this VH Valiant Ranger. It ran a Hemi 215 and auto with drums all ’round. The front brakes would lock themselves solid every time you started a burnout, so I would let the brake pedal off and just roast the rears. I’d finish the skid and have to reverse about five metres to free up the front brakes. I like to think of it as a factory line-lock option! I got it seriously airborne jumping the railway lines behind the Maid of Auckland pub, and when I landed it was epic – it was like fireworks! A shower of hot sparks lit up the surrounding factories and gum trees, turning night into day. I thought I’d stuffed it for sure, but apart from some scrapes to the crossmember it was all good. I sold it in ’95 to buy an HQ Premier, my first V8.” 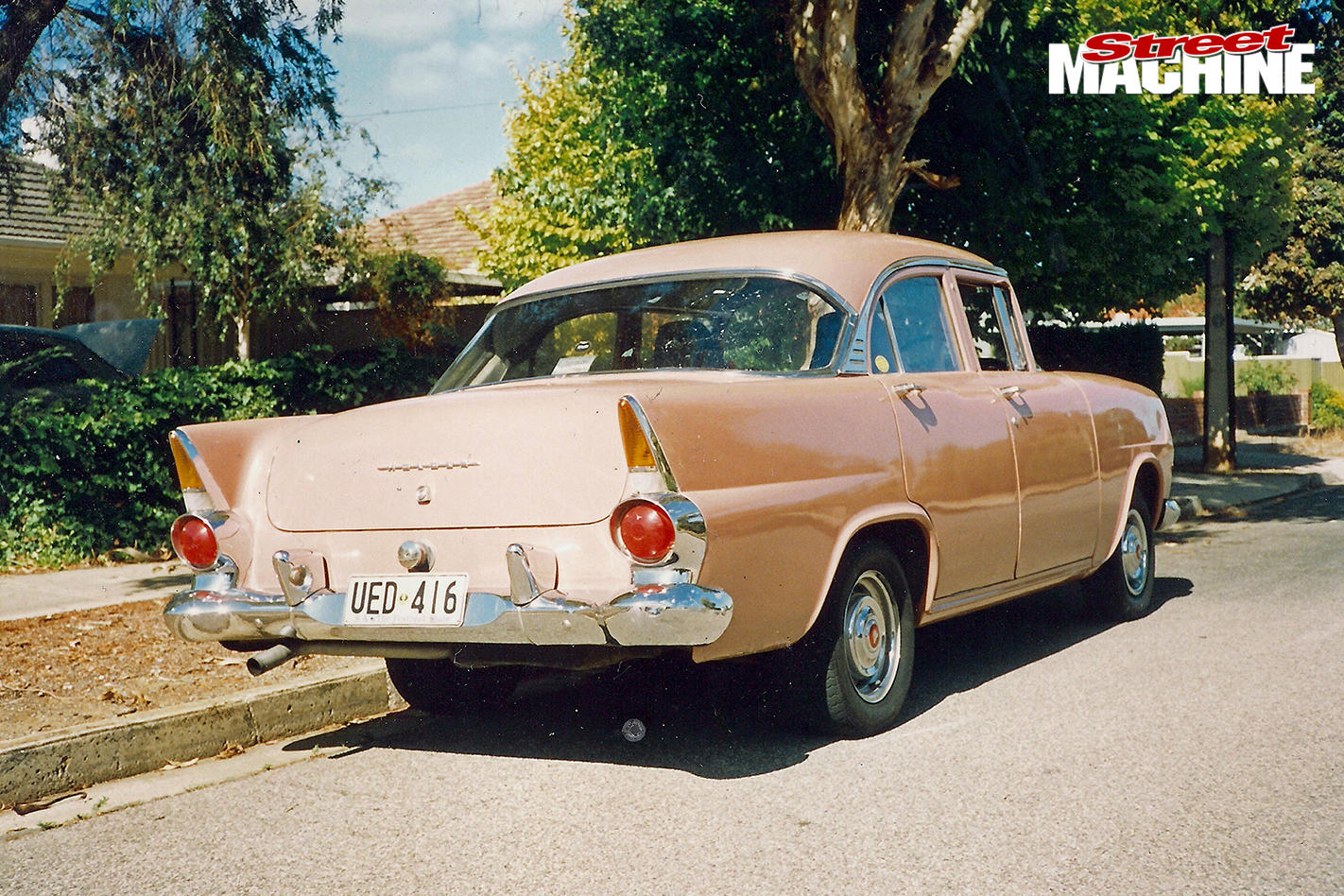 Paul had a rule that he would only buy cars from within a five-kilometre radius. “It was amazing what gems could be found,” he says. “I’d started a new job that paid well, so I splurged $1800 on this FB sedan. It ran a 186 with – of all things – a Galant four-speed, and I spent my entire ownership telling mates the colour was salmon, not pink. I swapped it in the mid-90s for a 302-powered XB GS sedan, which I sold six hours later!” 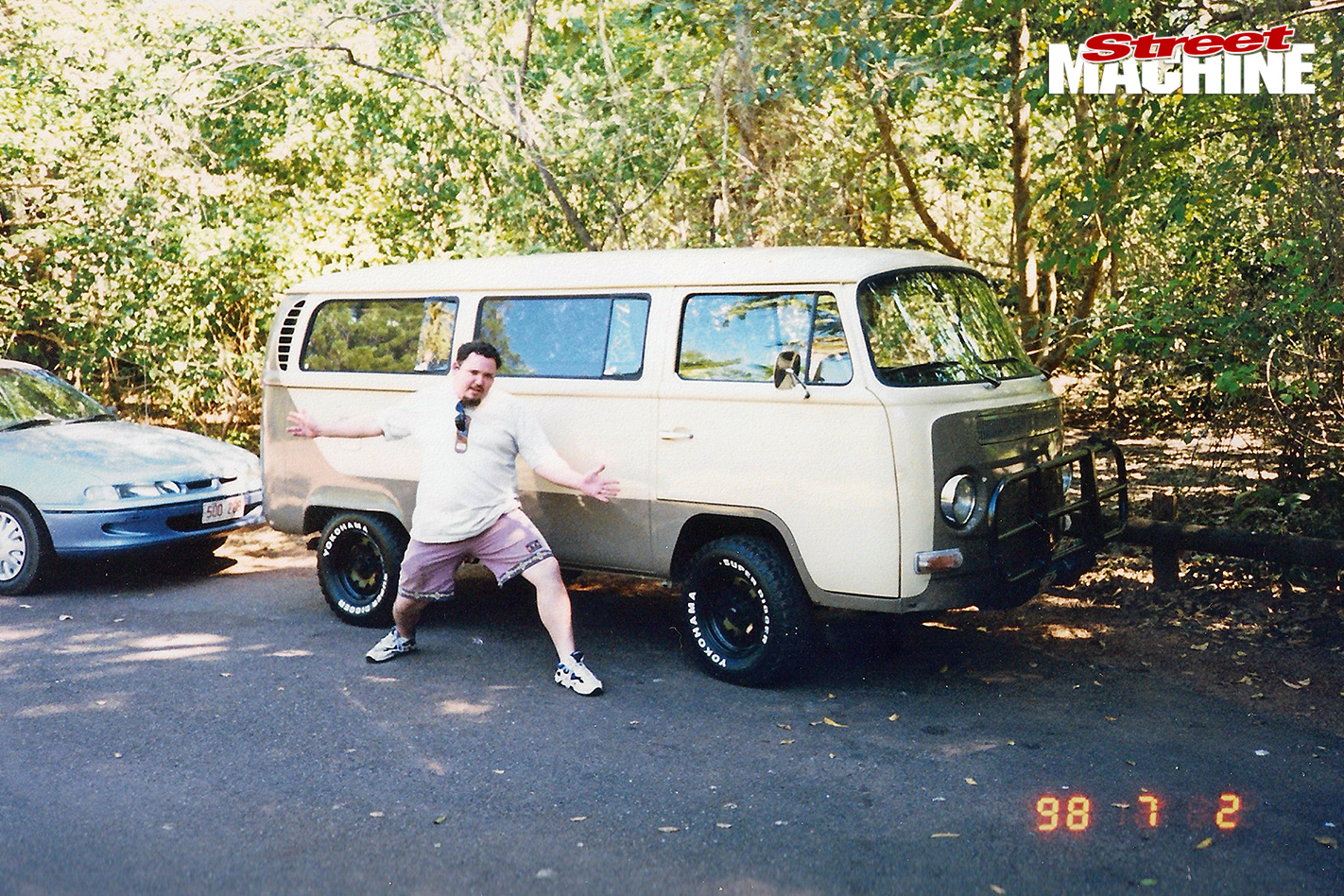 In the late 90s Paul moved to Darwin and bought this 1970 low-light Kombi during a hippy phase. “It was such a fun car,” he says. “I’d take it camping or we’d all pile in and cruise the city. It is solid proof that Darwin is the only place in Australia where you don’t need to know anyone to have a great time; random people would just jump aboard and cut laps with us. The only downsides were that I lived in a place with no speed limit and owned a Kombi, and it had a Beetle engine so the oil cap sat flush with the top of the engine bay – to fill it I had to gravity-feed or blow oil into the motor. I saw it in Adelaide many years later and it looked like it had been on fire!” 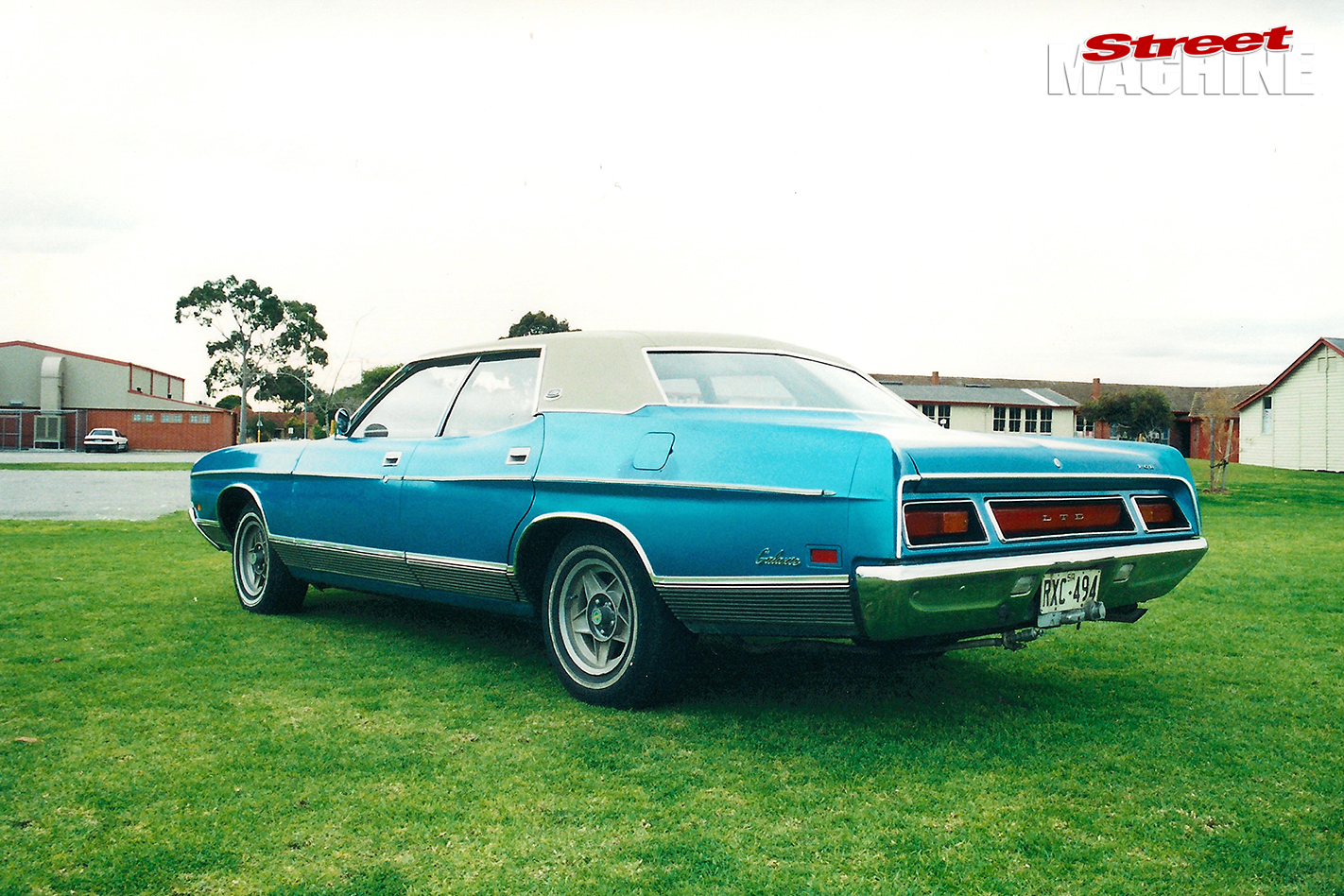 Back in Adelaide in 2000 and keen for some US iron, Paul bought this ’71 Galaxie packing a 400 Clevo and an eight-track. “It was probably the worst car imaginable to have a fuel gauge that didn’t work,” he laughs. “The whole tail panel lit up too, and I was forever replacing bulbs, but it looked cool so it was worth it. I had nowhere to keep it, so sold it five months later, but – get this – I sold it to a used car salesman and actually made money! I did nothing to it but wear the rear tyres out.” 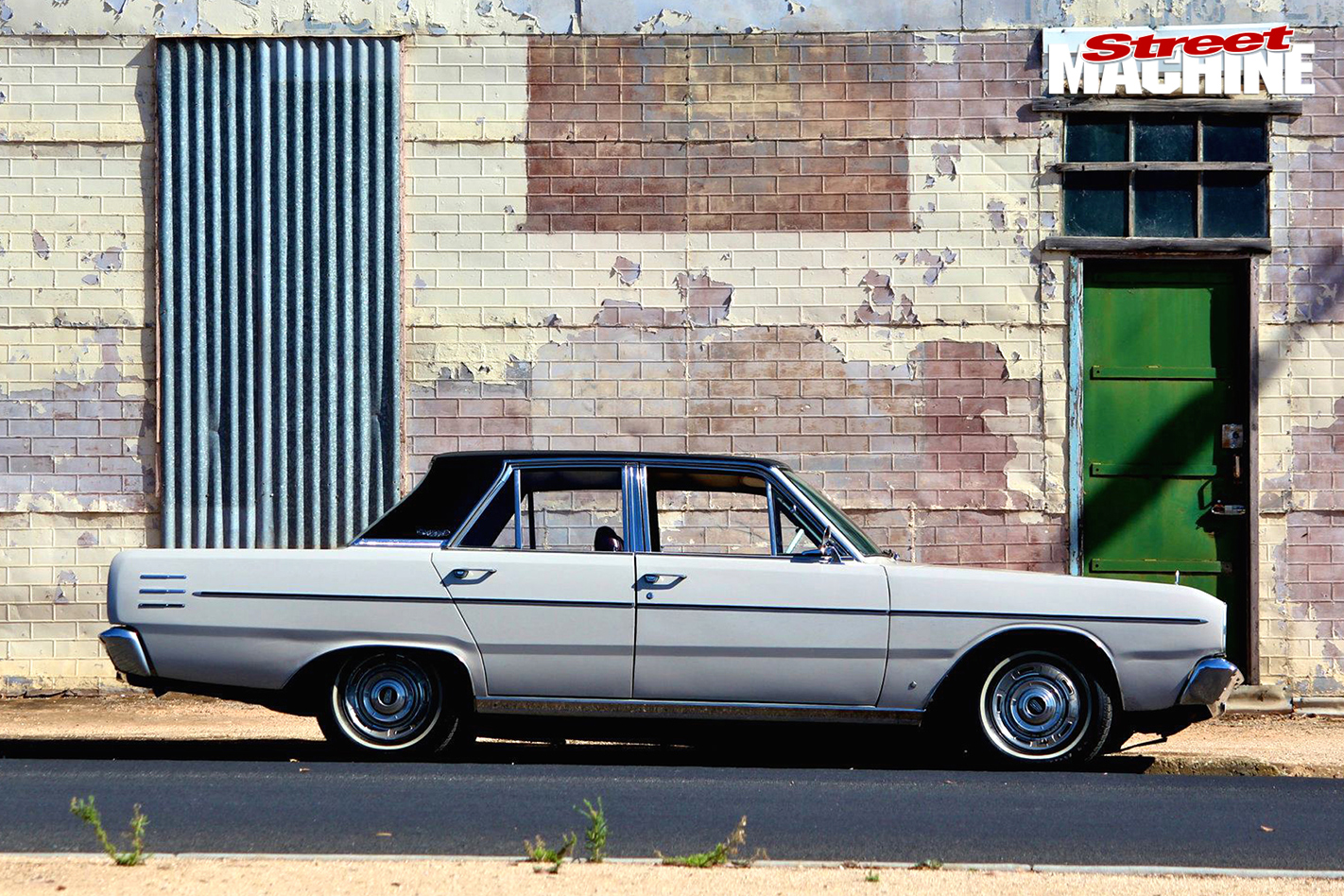 Paul reckons when someone tells you a car is like new, it’s usually a pile of crap. “But not this VE Valiant VIP – it was mint,” he enthuses. “It even had the cardboard panelling in the boot and everything.” A pawnbroker was looking to cut his losses on an unpaid debt and found Paul through the Chrysler circles. He owned the 273-powered luxo-pack for 18 months, selling it to a Sydney collector in 2011 to help fund a trip Stateside. 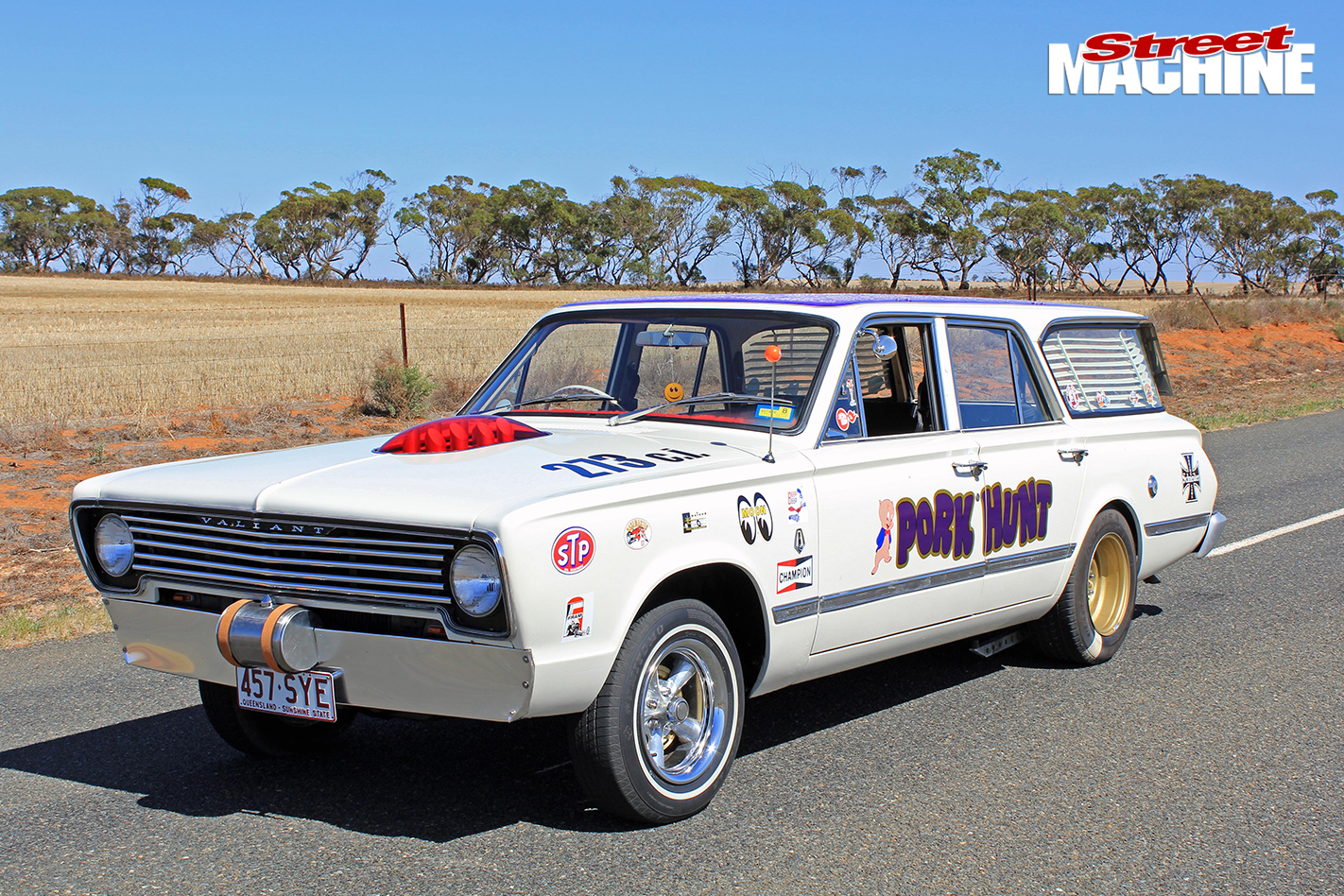 Created in a two-week thrash for Chryslers On The Murray 2013, the ‘Pork Hunt’ VC Valiant was built to prove you don’t have to spend big bucks to make a big impact. “I bought a dead-stock, factory 273 V8 wagon off eBay in Sydney and shipped it to a friend’s place in Brisbane,” Paul says. “From there, me and a few good mates got busy transforming it into a street gasser using parts begged, borrowed or made, including the bubble bonnet scoop, Skoglund front mags and drilled tramp rods. I’d only driven it once before my friend Toddo and I hit the road for Albury, turning heads the whole way. I decided to document the build as a pilot for something YouTube-ish, so stay tuned for the video – it was an experience!” 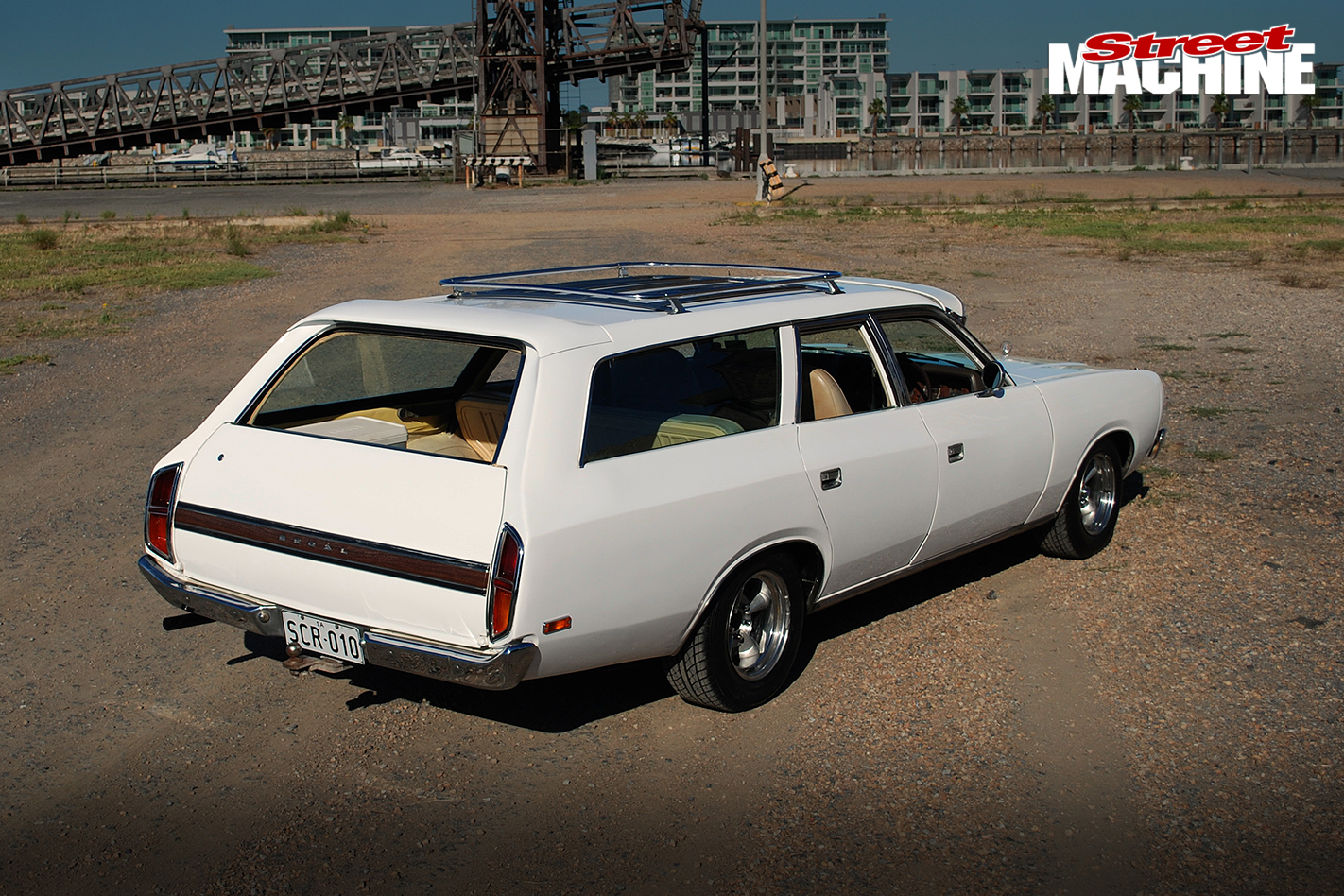 The ‘Gus Bus’ was another budget build, chosen to serve daily duties and to hone Paul’s panel and paint skills. The CM Regal came loaded with a Hemi 265, air and steer, and was a freebie from a family who couldn’t bear to see it crushed or languish in a wreckers. A fresh coat of white and a set of Dragway Splatts did plenty to boost its image before being sold last year. Do yourselves a favour and search ‘The Gus Bus Series’ on YouTube for a good laugh and to see how it all played out. 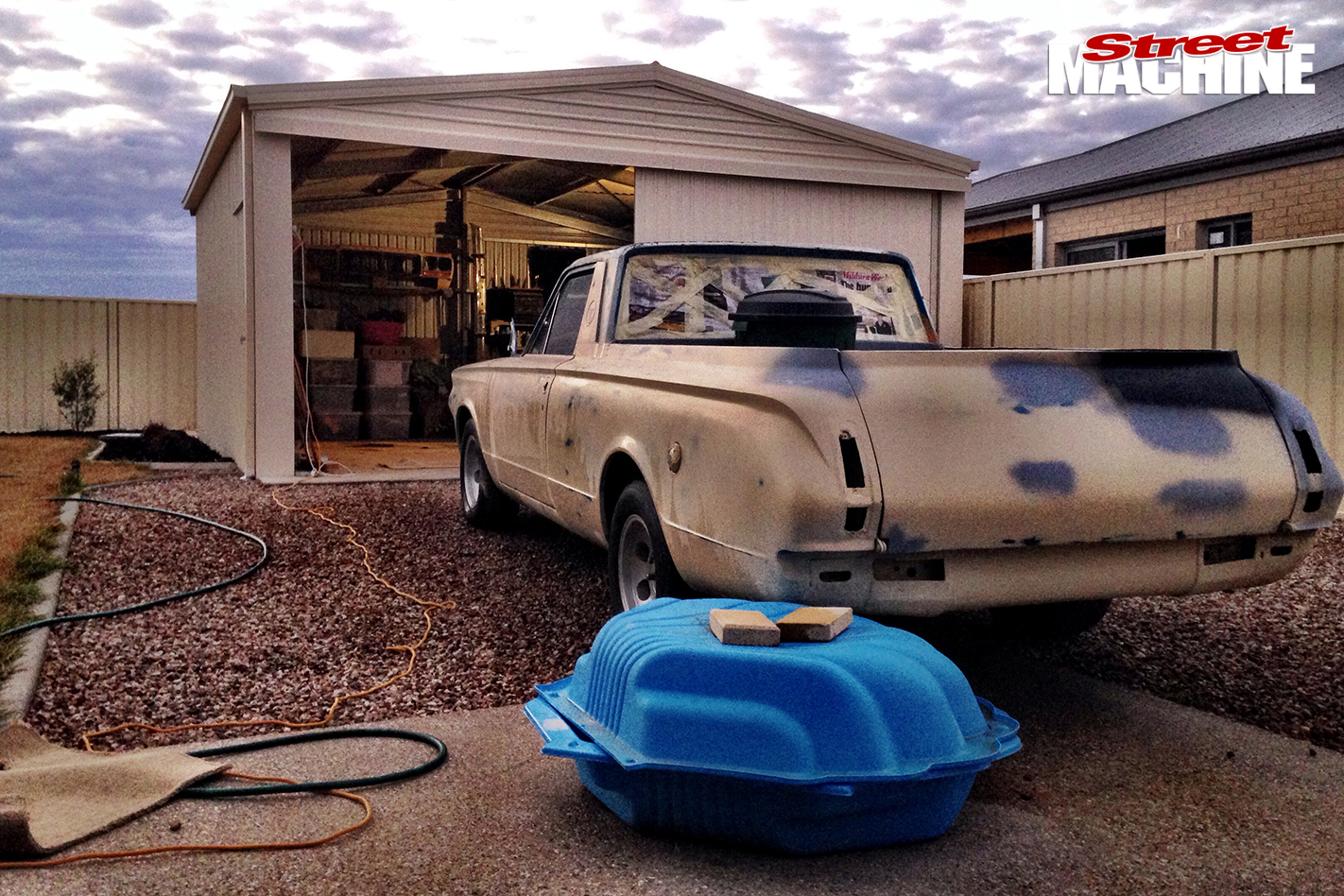 Paul's current project is this AP6 Valiant ute, bought in 2013 and meant to fill a couple of spare months before moving from Loxton to Mildura. “I got lazy when I had the spare time, but then we had our daughter Charlie and now I have no spare time! I’ll get it done, though.” The Slant-6 and three-speed will remain, but the body will lose the metallic blue and be returned to its original white, riding low over stock wheels or period mags. “I just want to get it back on the road; I miss having a toy and the fun that goes with it.” 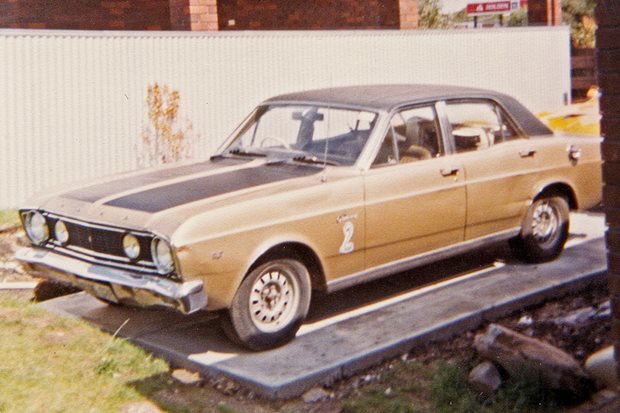 BRUCE DONALDSON - MY LIFE WITH CARS

Bruce Donaldson's Dad has owned some pretty cool Fords over the years. Here's some favourites from the family album 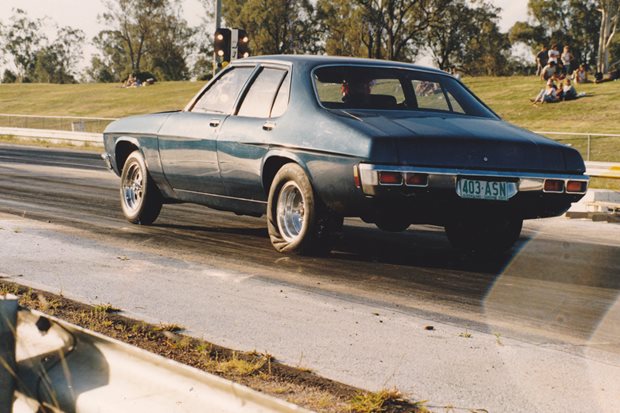 JIM WATSON - MY LIFE WITH CARS

Jim Watson was one of the new breed of 1980s drag racers. Here's some of the awesome rides he's had over the years 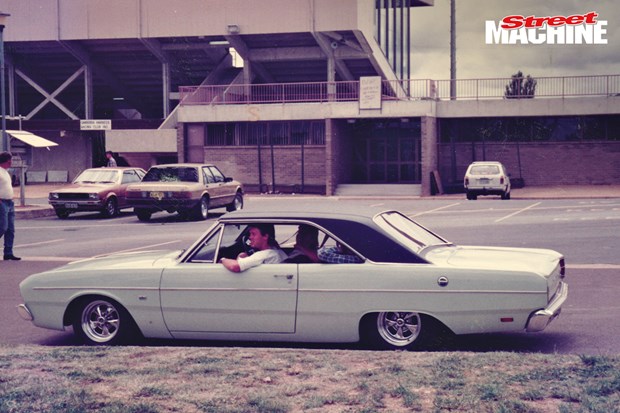 Dario Pittis hasn’t stuck to one brand, having owned Valiants, Holdens and Fords over the years