NO DOUBT about it, there’s something in the water down Thirlmere way. If there’s a town with a higher concentration of balls-out Pro Street cars per capita, we’d like to see it. Pete Robins is lucky enough to call the place home, and as we pull up a pew in his character-filled man-cave, he slides a stubby across the bar and casually regales us with a story about the time he drove his tubbed, ’caged, blown and injected HK ute, FATASS, to the pub for a counter lunch. Accompanied by fellow Thirlmere Fryer Tristan Ockers in his infamous seven-second MINCER Capri, the pair enjoyed a chicken schnitzel and a cheeky schooner, then coolly cruised on home. Such occurrences are commonplace in sunny Thirlmere. 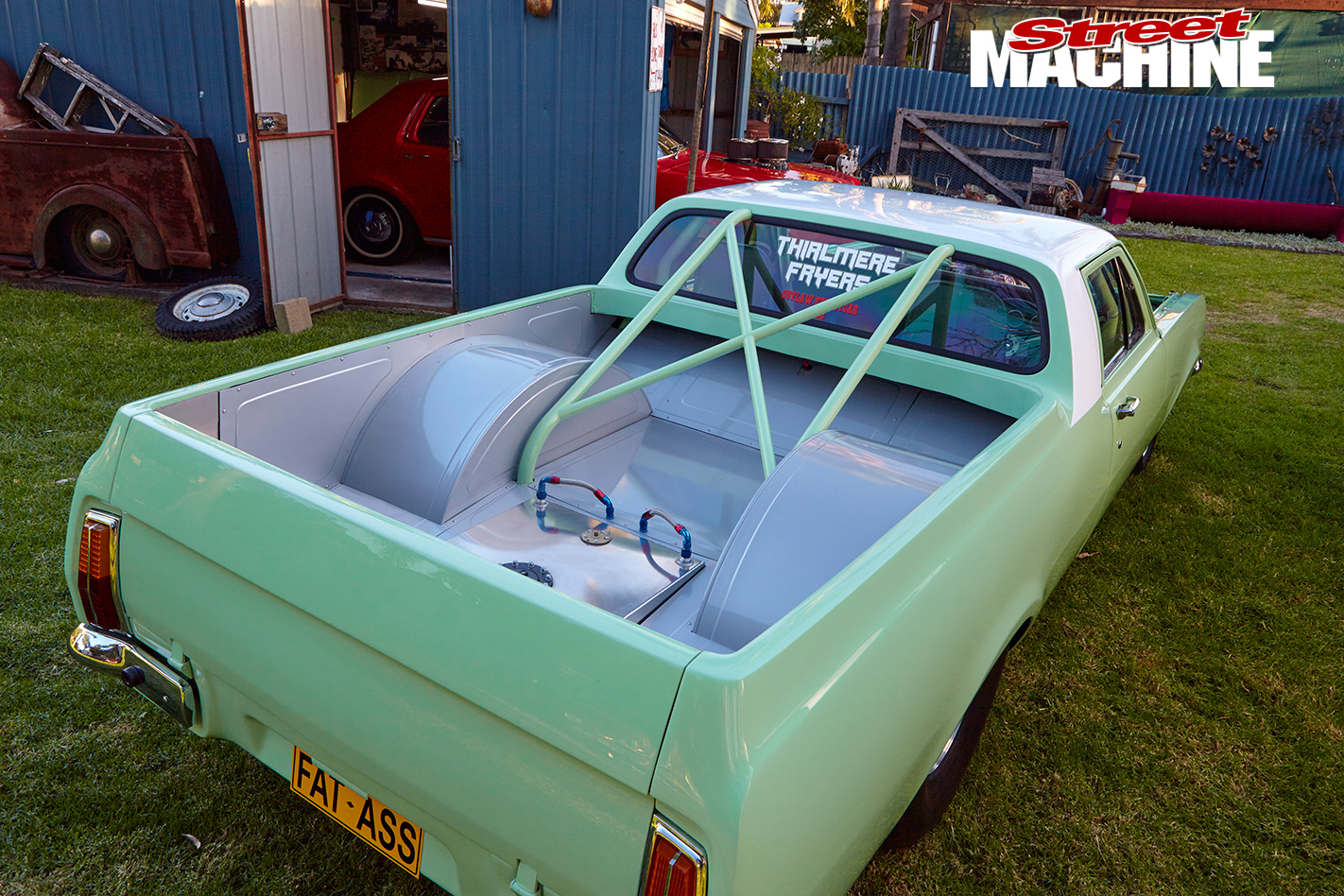 The walls of Pete’s bar are adorned with a bunch of awesome Aussie street machining and drag racing paraphernalia, much of which he’s managed to acquire through his work as a mechanic at acclaimed Sydney workshop ProFlo. There’s the ’chute off Lucky Belleri’s Wild Bunch car, a vintage Simpson fire mask, the damaged injector hat off the CRAYZE LJ Torana from when it was put on its lid, and a head off Bob ‘Quarter-Mile Smile’ Shepherd’s Top Fueler, just to name a few items of note. But as far as talking points go, the award-winning backyard that Pete and his wife Kath have slaved away at since moving to Thirlmere some four years ago is quite staggering. 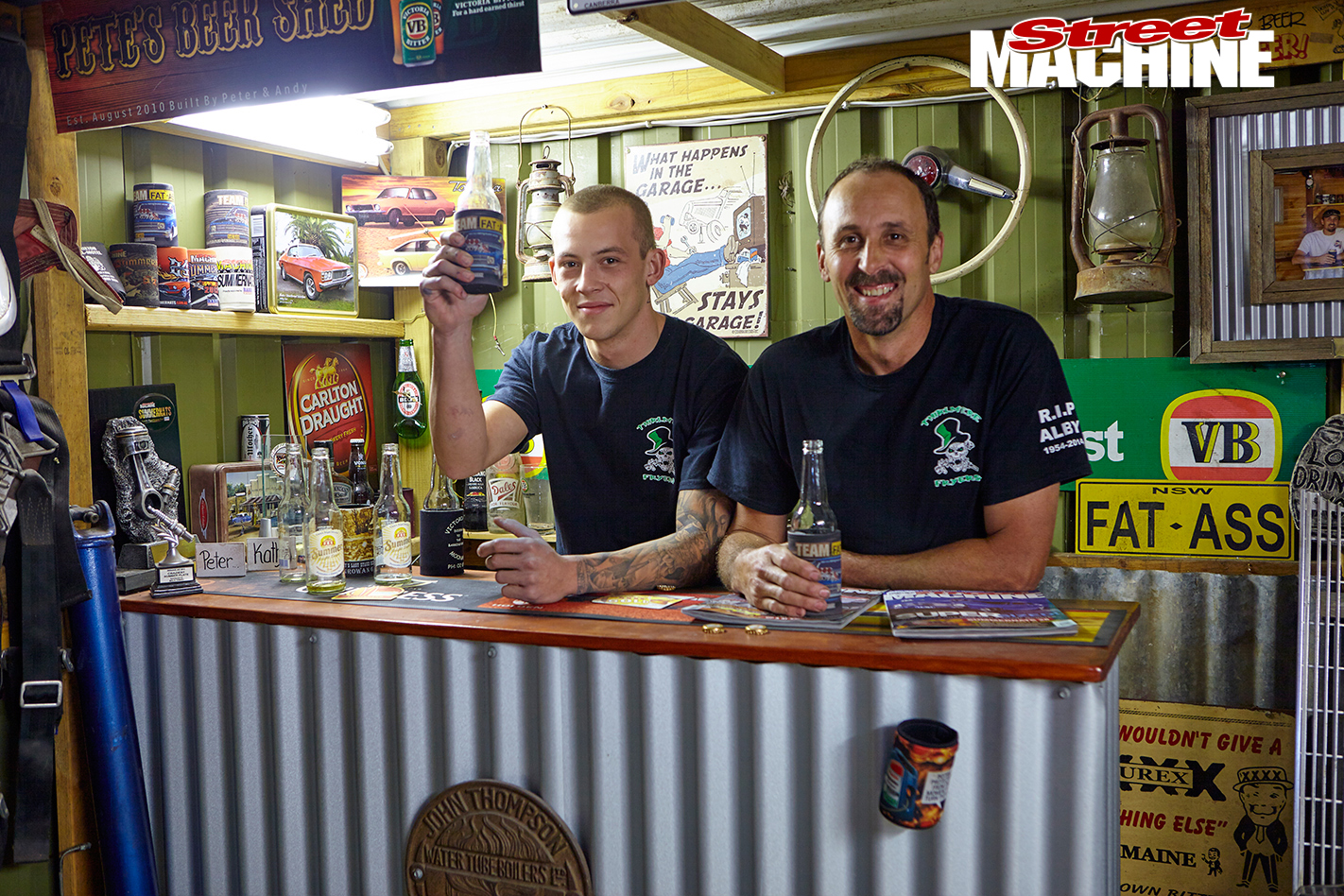 The couple were looking to upsize from their prior digs at Narellan when they stumbled across a modestly sized but beautifully renovated 1890s cottage by sheer chance. It was nothing like what they had set out to purchase, but they fell in love with it and the rest, as they say, is history. One thing the property certainly offered was plenty of scope for Kath to indulge her passion for gardening.

“When we bought the place you couldn’t even walk past the back of the house,” Pete says. “It was like a jungle; it hadn’t been mowed for three years and the grass was as high as the fence.” 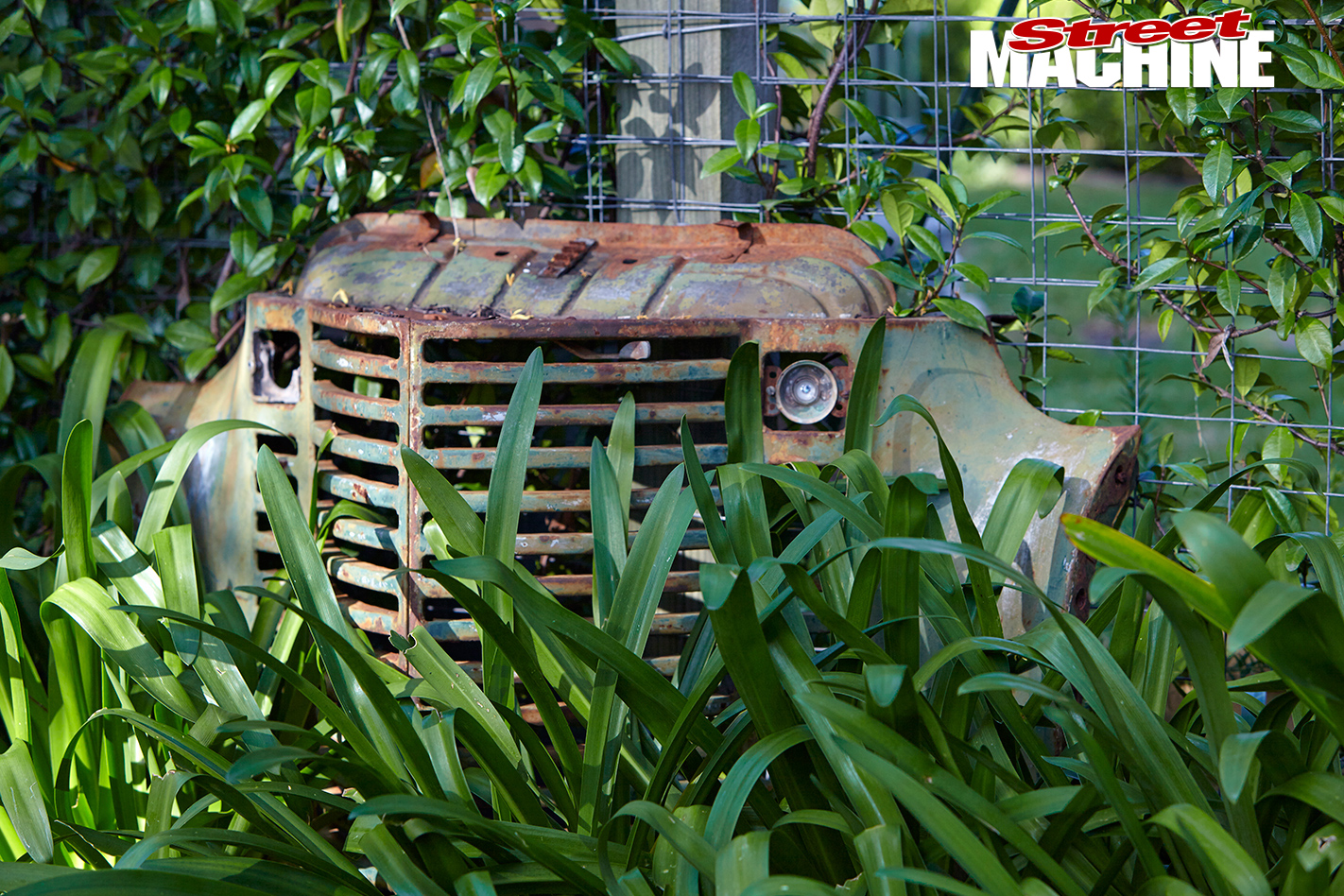 It took several months of hard slog to tame the rampant growth and get the yard back to square one. From there, Pete and Kath began constructing what could be the toughest garden of all time! The highlight is what they call their ‘garden ornaments’, a series of cars, trucks and farm equipment (or parts thereof) that form the centrepieces of various themed exhibits. There’s an old humpy towing a caravan with a ton of period accessories; an HG Holden ute complete with genuine shop graphics filling up at an old fuel tower; a Morris LC3 truck negotiating a rail crossing; and a whole heap more. Every piece tells a story, and Pete has travelled far and wide to bolster the collection. 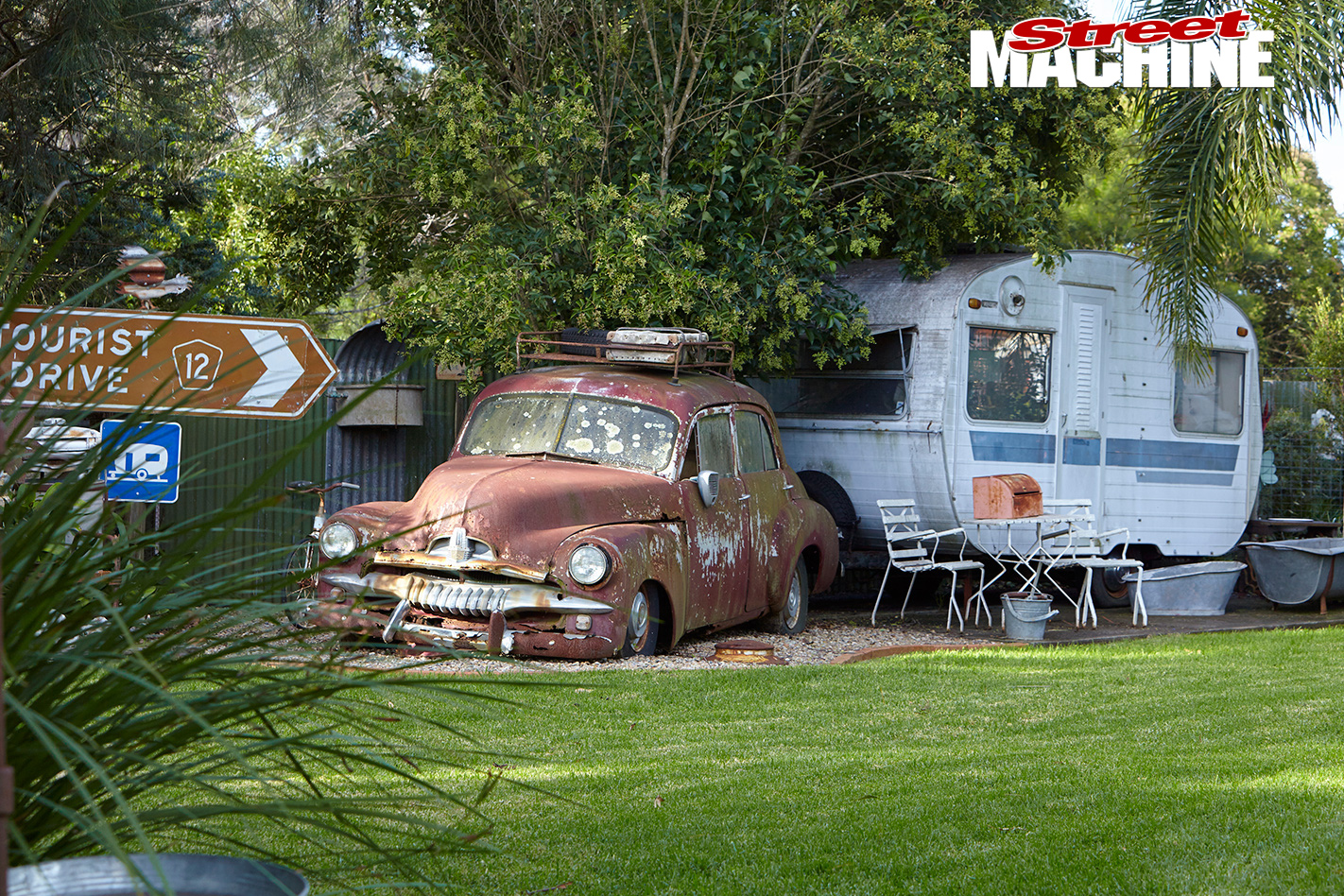 “Basically, if it’s rusty, we’ll buy it!” he says. “When you explain it to people and tell them you have cars and tractors and caravans and rusty stuff out the back, it makes it sound like a bit of a junkyard. But when they come out they realise that it really works.” 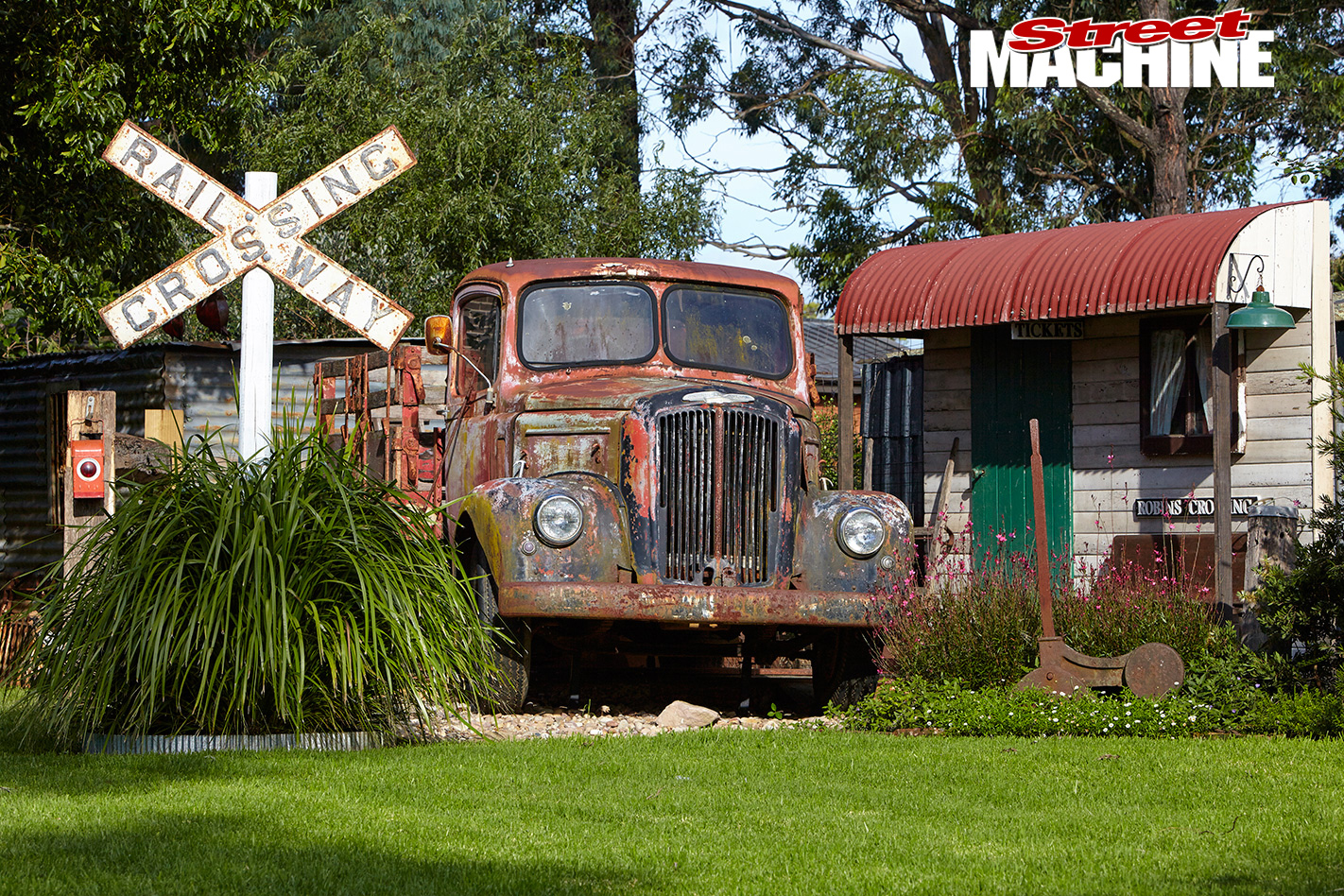 Decidedly less rusty are the cars that reside inside the shed. Pete’s ute FATASS is a Summernats staple, but while its massive tubs, towering injector hat and chopped roof are instantly recognisable, the white over Oasis Green duco and matching green tinwork interior are new additions and give the ute a cool old-school flavour. The visual overhaul was completed in short order in the lead-up to the 2015 pilgrimage to our nation’s capital, with the bare shell arriving back from the painter in mid-December. The degree of difficulty was cranked up even higher by the fact that HGRUNT – the HG Kingswood of Pete’s 20-year-old son Jeremy – was undergoing a ground-up rebuild in the same shed, at the same time, with the same deadline! 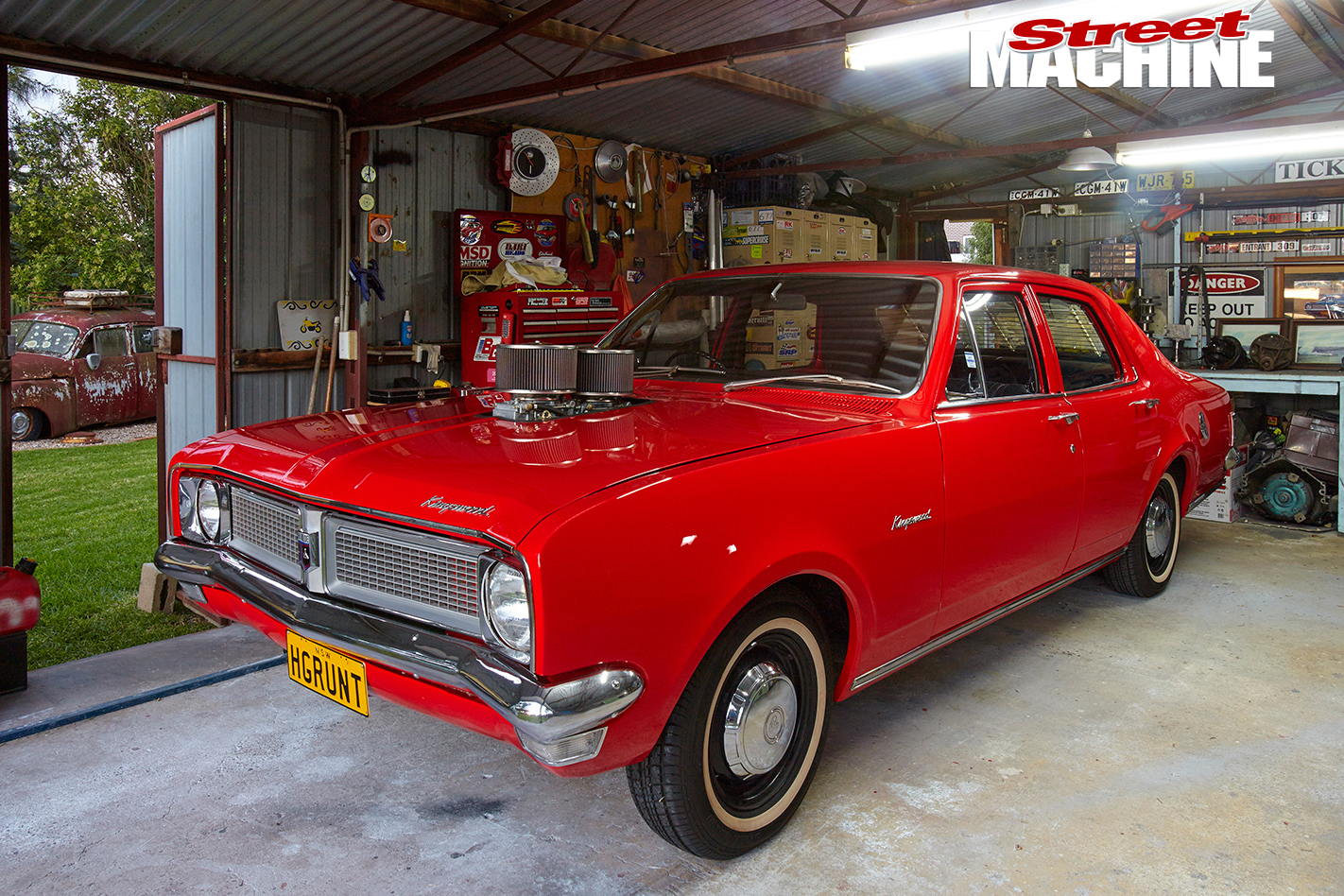 It too was only painted in December, by Jeremy himself, who was a first-year apprentice at the time. It was the first full car he had sprayed, and if it’s any indication of his talent, he’s destined for big things. “I took it back to bare metal in February last year and etch-primed it, then got all the bodywork done by Dad’s mate Cain,” Jeremy says. “I high-filled it and blocked it down twice, and then started working the gaps, cleaned up the floors and painted the boot and underneath; we spent hours underneath with the wire brush.” 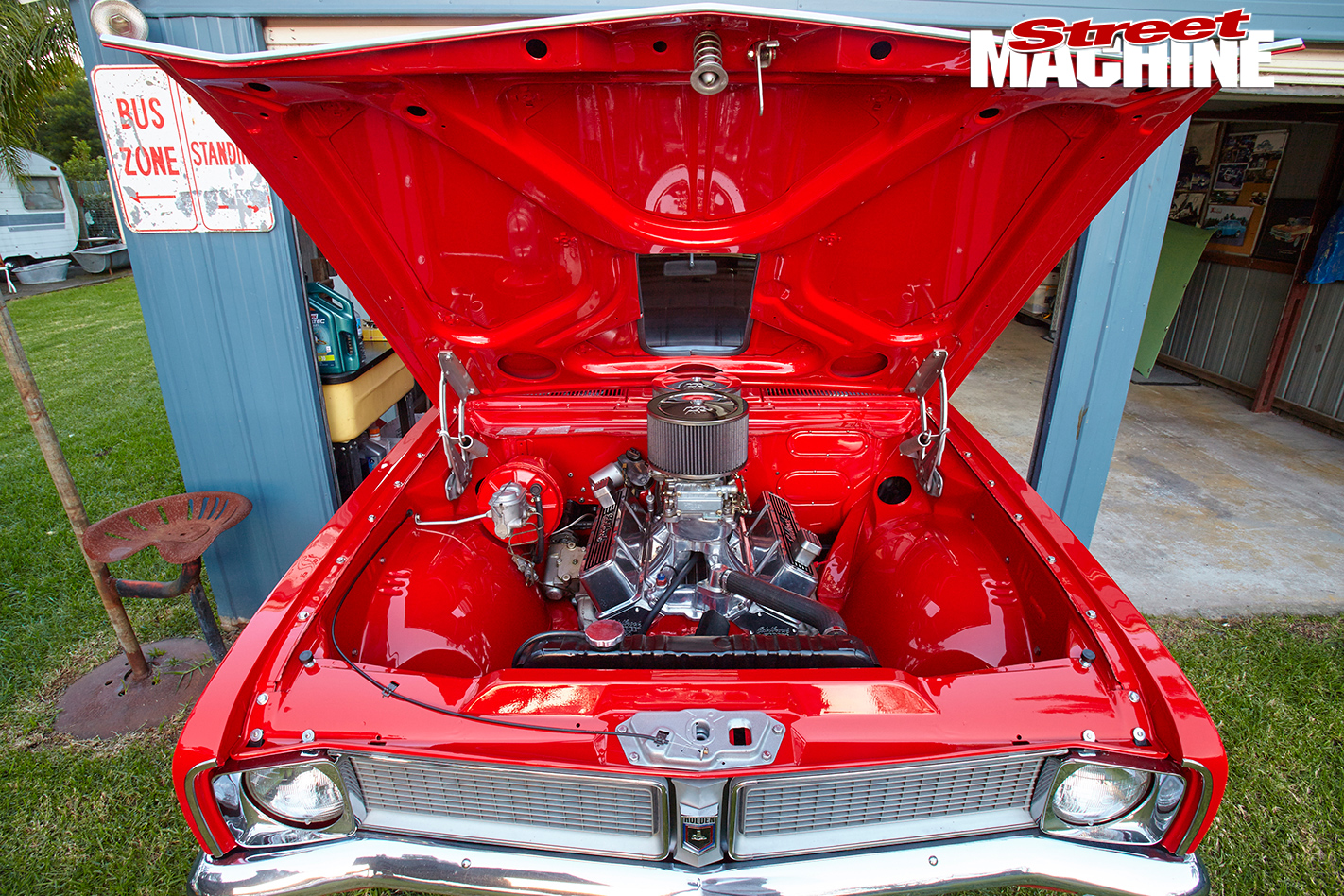 Packing a tunnel-rammed 307ci small-block, Powerglide and standard banjo rear end, the car went from a bare shell to a running, driving street machine in four short weeks. Work continued until 1:30am on New Year’s Day, when Pete grabbed two hours sleep before getting up and back into it. Jeremy wandered home from the pub at 4am and the pair of them spannered until 8am, then loaded the cars onto the trailers and took them to the ’Nats. The first time both cars turned a wheel post-rebuild was around the cruise route at EPIC. 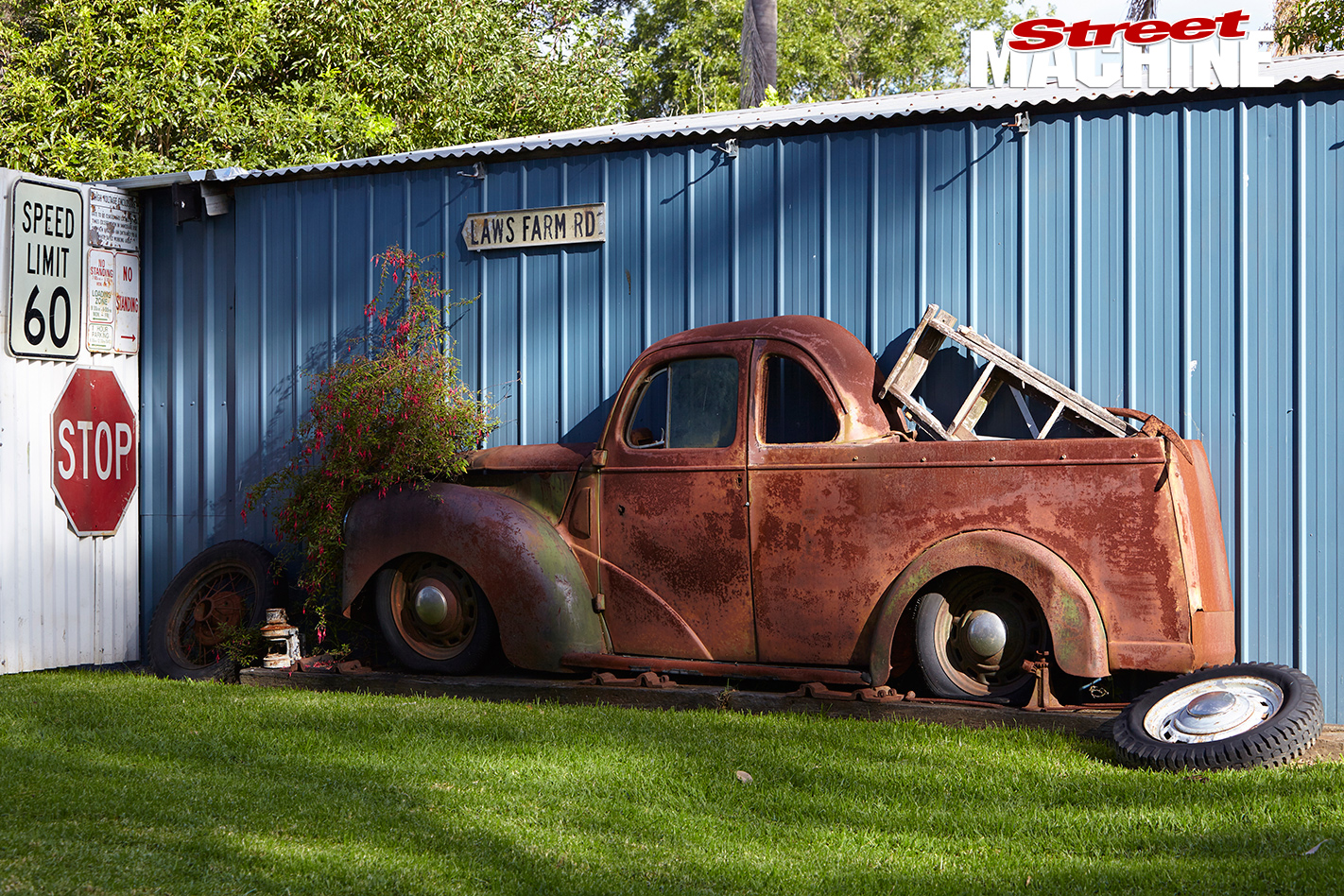 “It was great coming out here, having a few beers and working on the cars with Dad,” Jeremy says. “I wasn’t really into cars when I was younger, so it’s been a good way to catch up on that and spend father-son time. But we spend plenty of money, too! It’s shaped my career and I hope to get my boy into cars as well.” 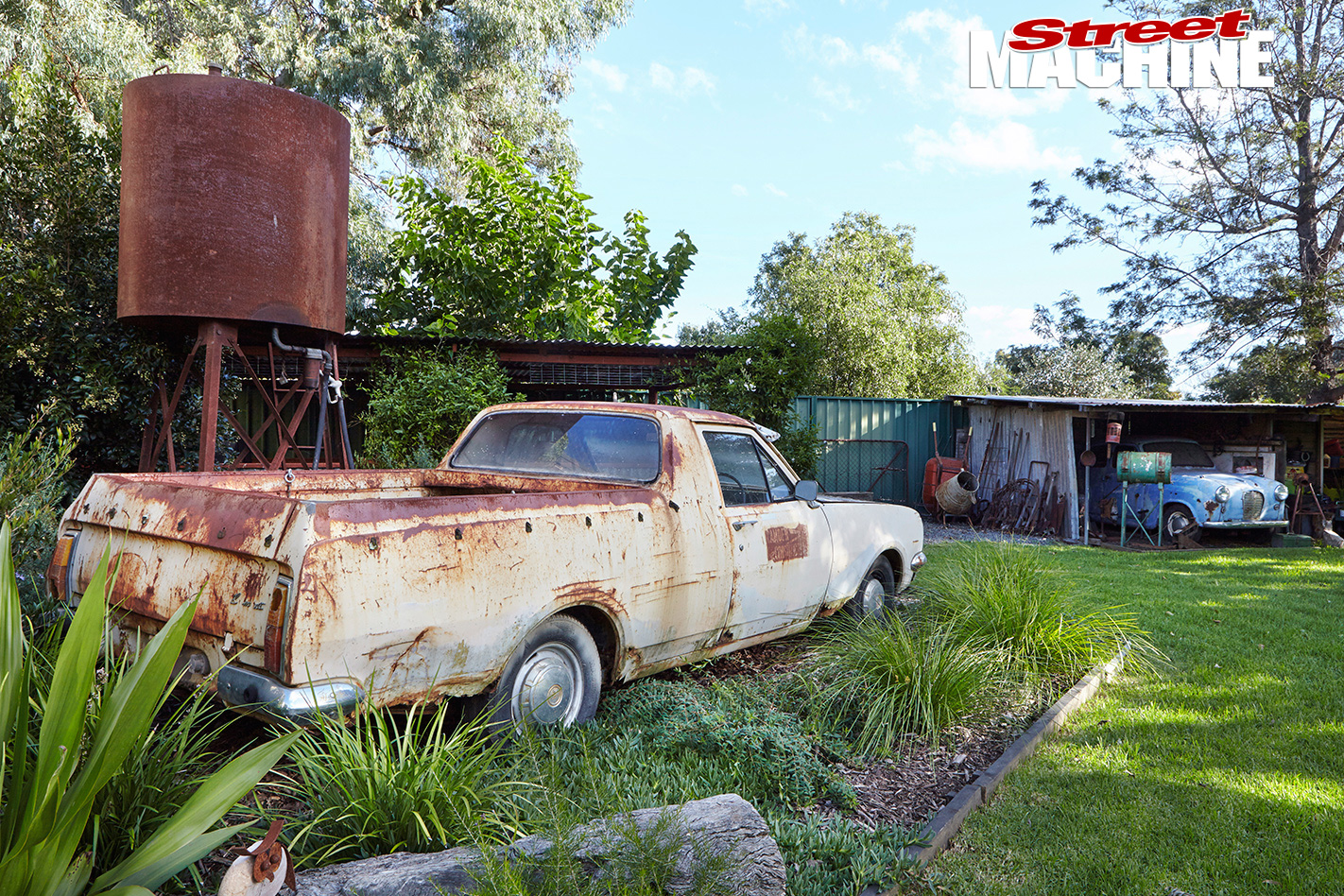 It’s a sentiment that’s echoed by Pete. “I loved working on Jeremy’s car with him and was more focused on getting it to the ’Nats than mine. I was just so proud of him when he painted his car; it came out so well. There were that many people talking about it down at Summernats.” 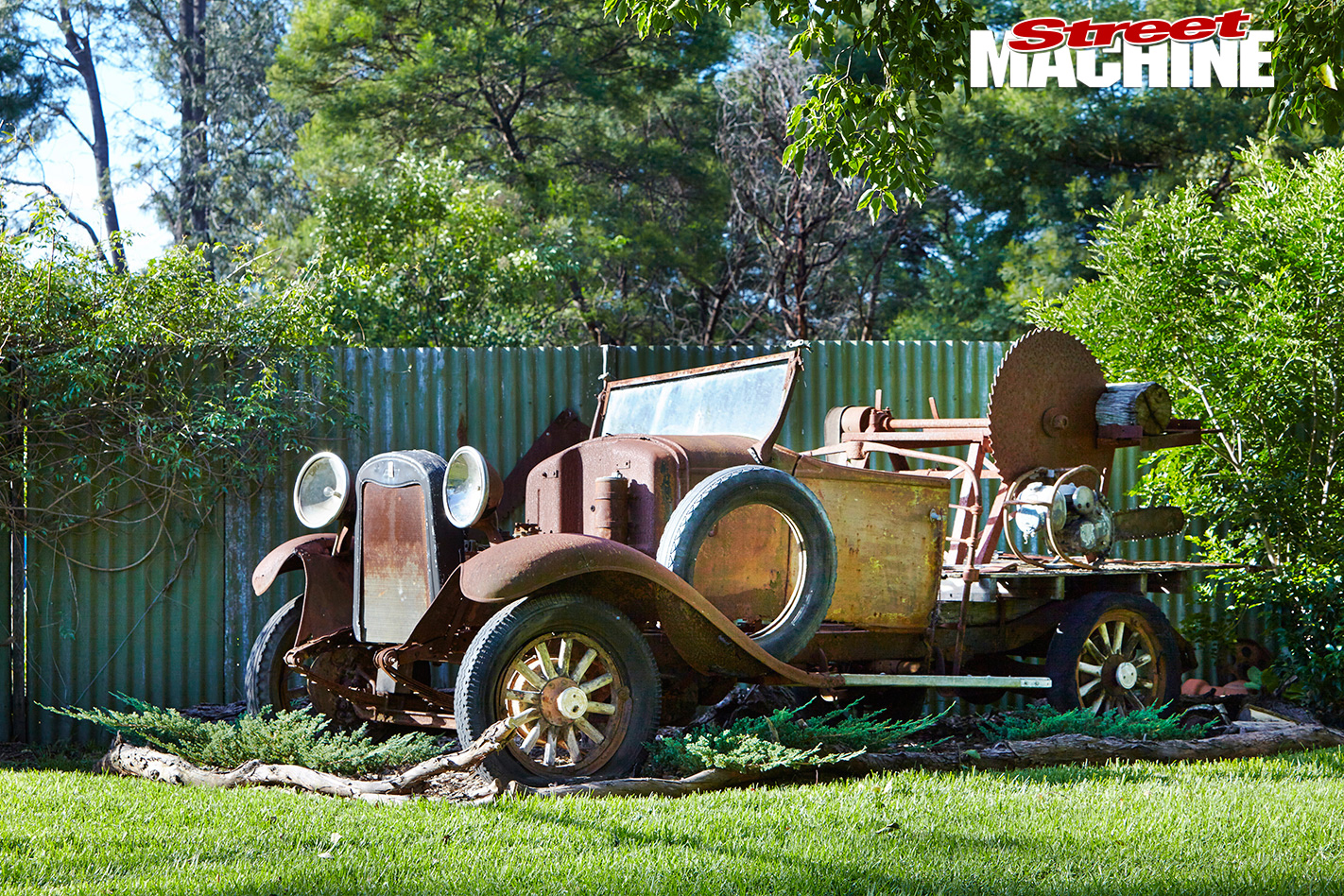 One thing’s for sure: these two tough Chev-powered H-series Holdens look pretty beaut parked next to each other in the shed! 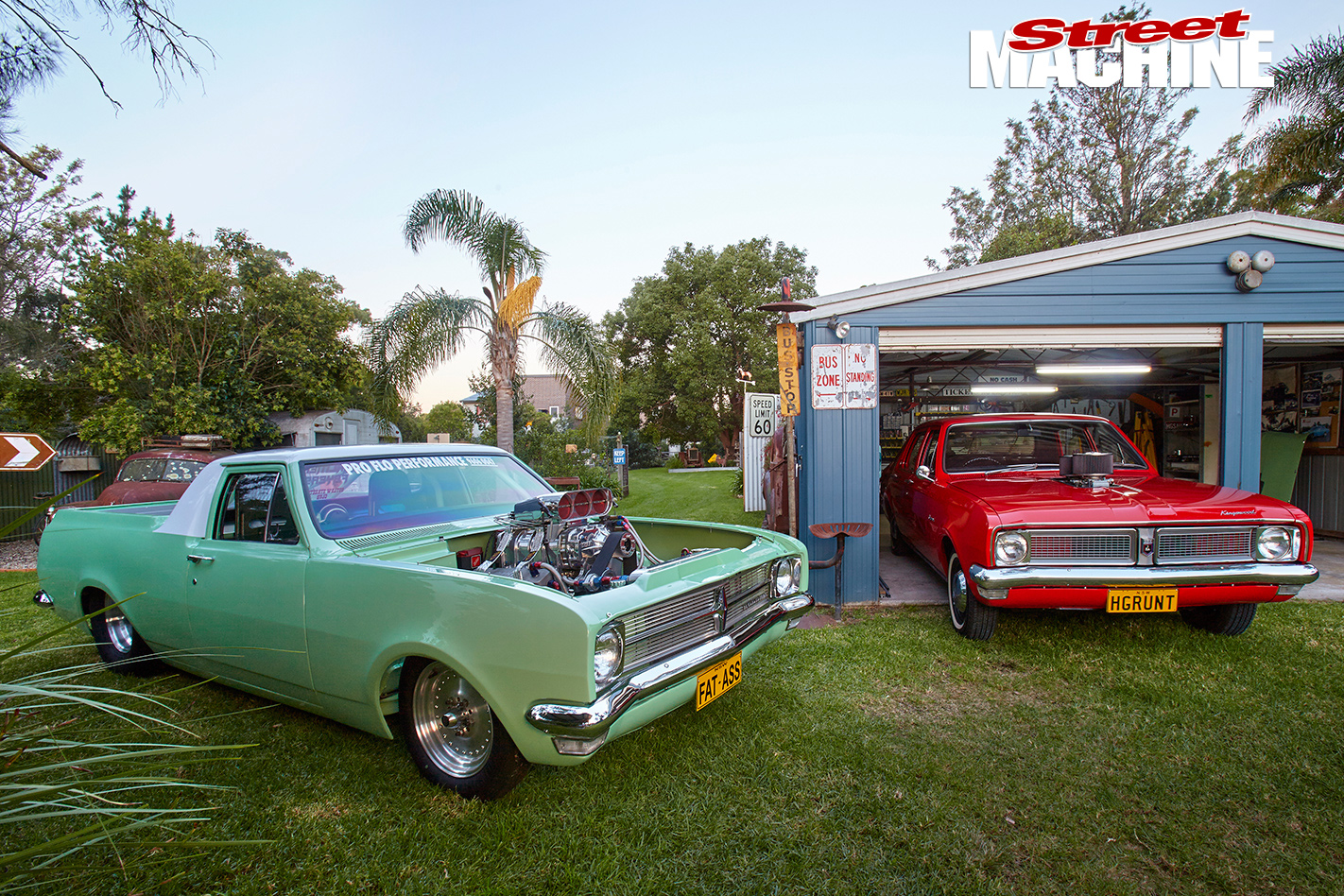 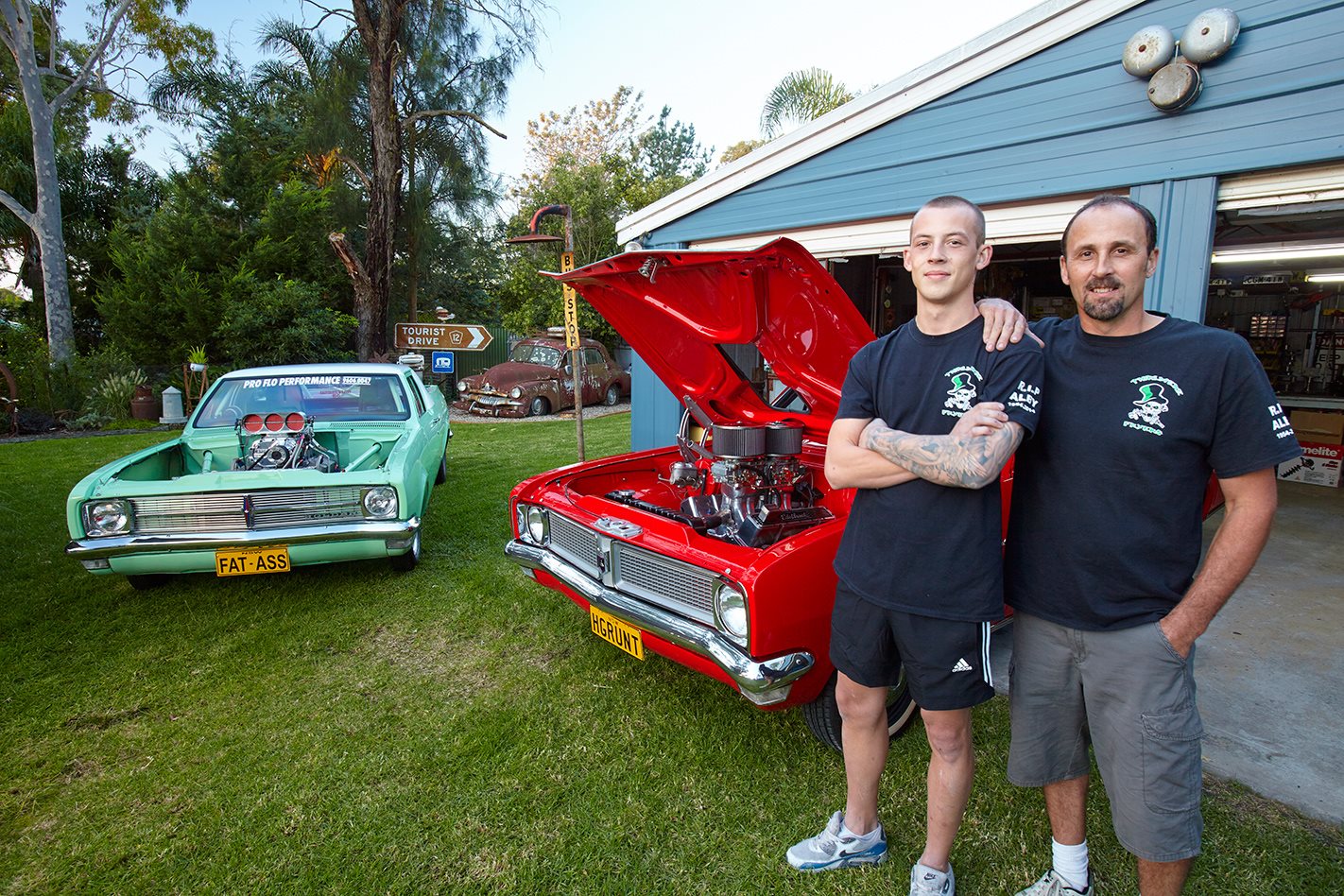 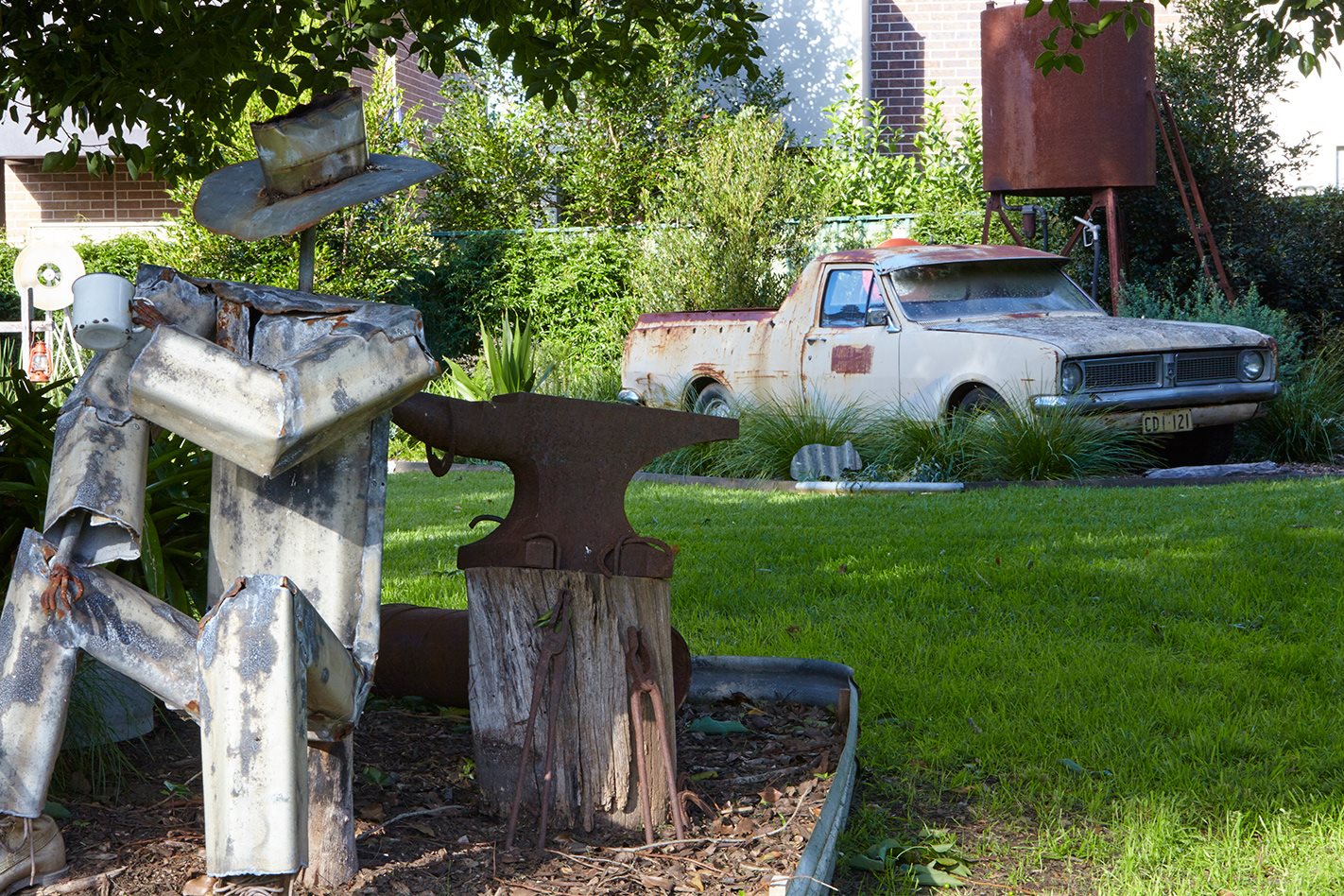 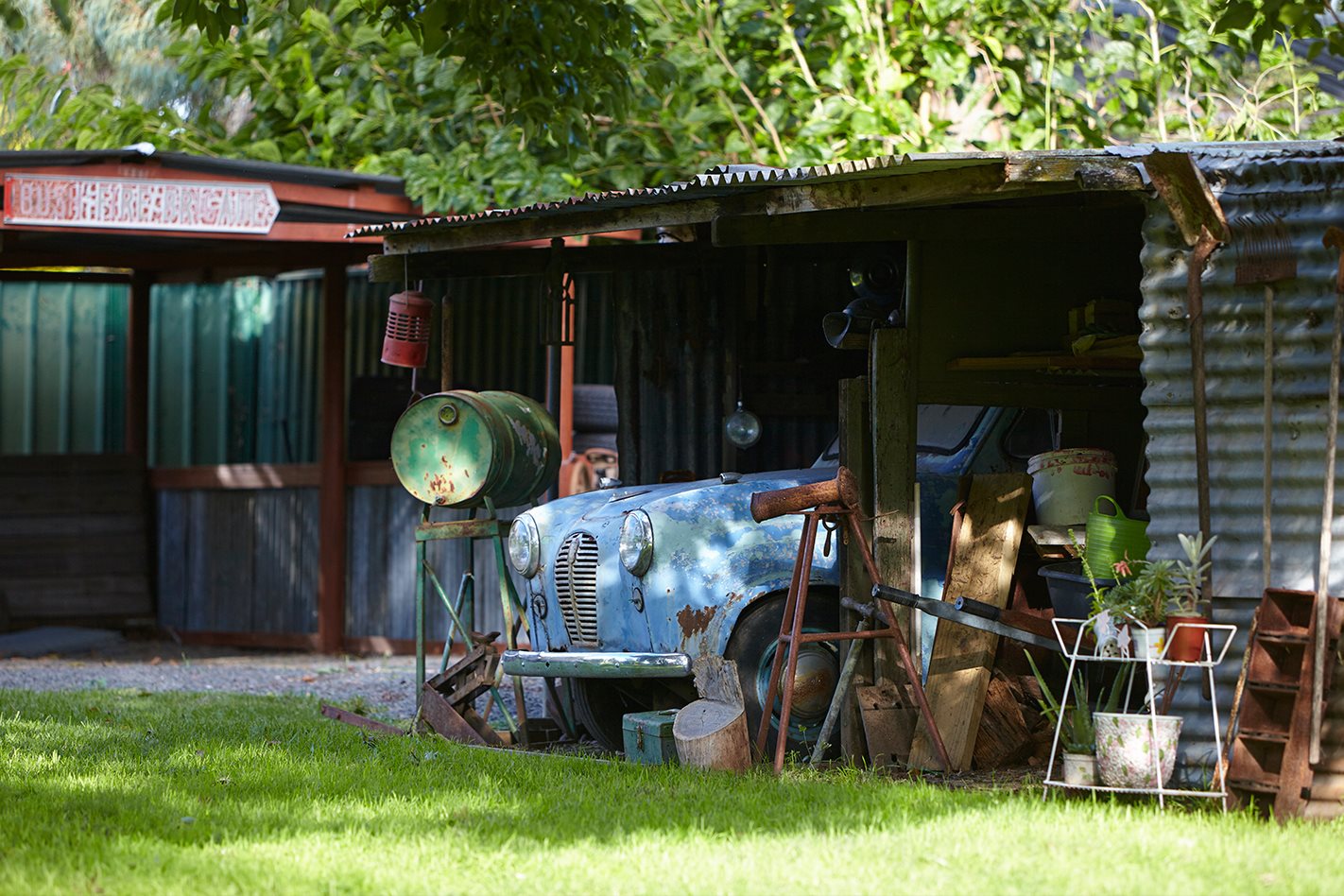 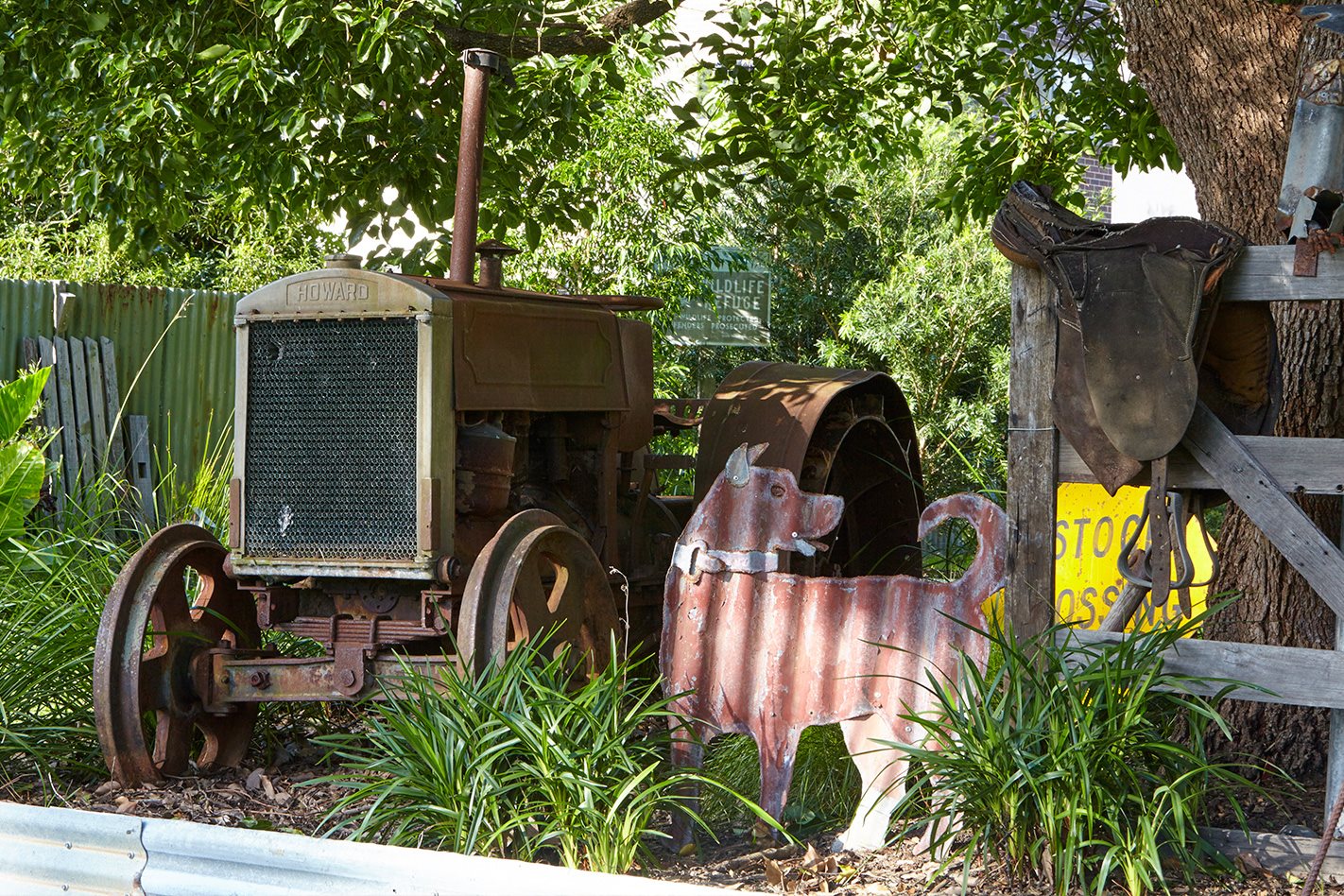 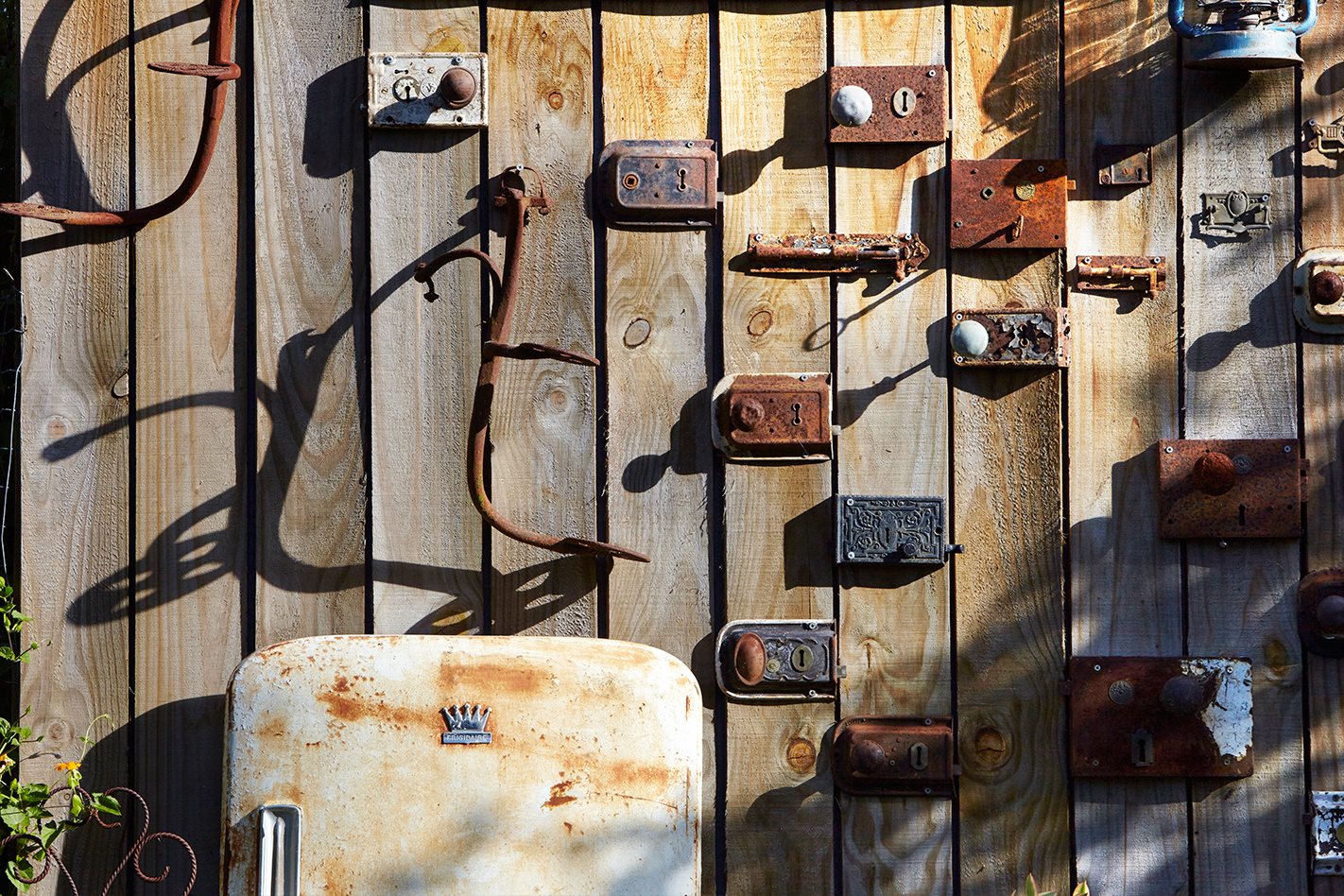 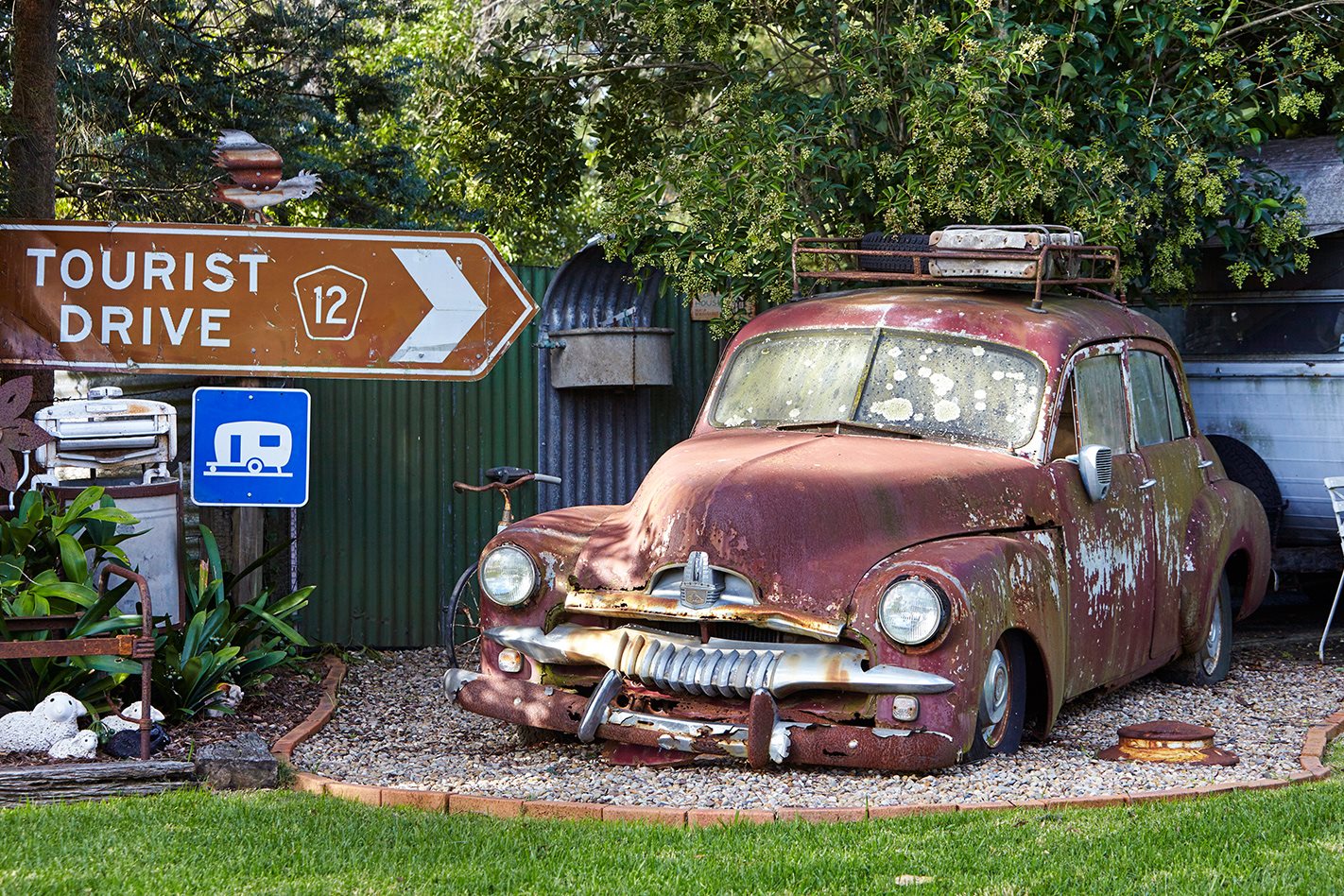 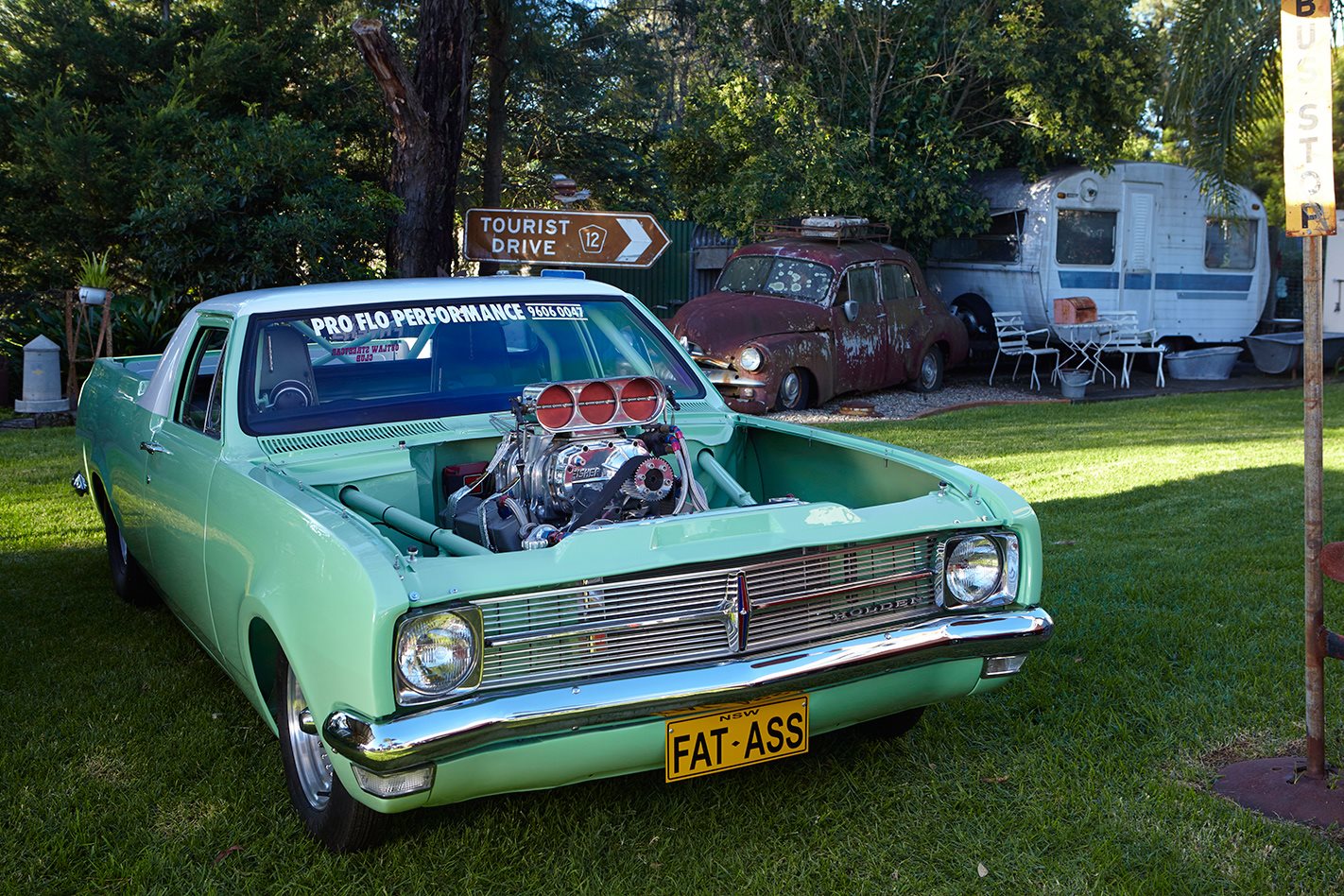 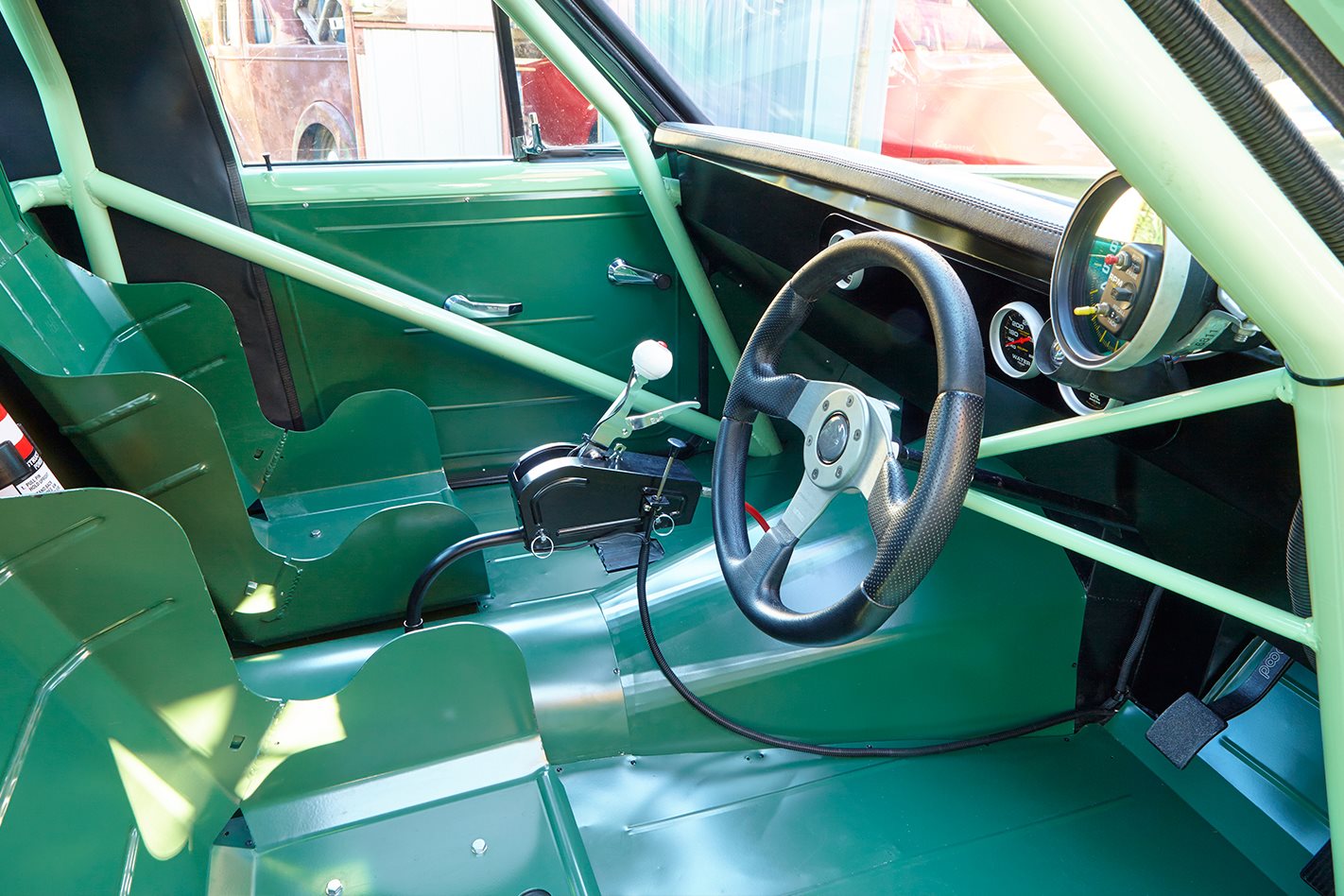 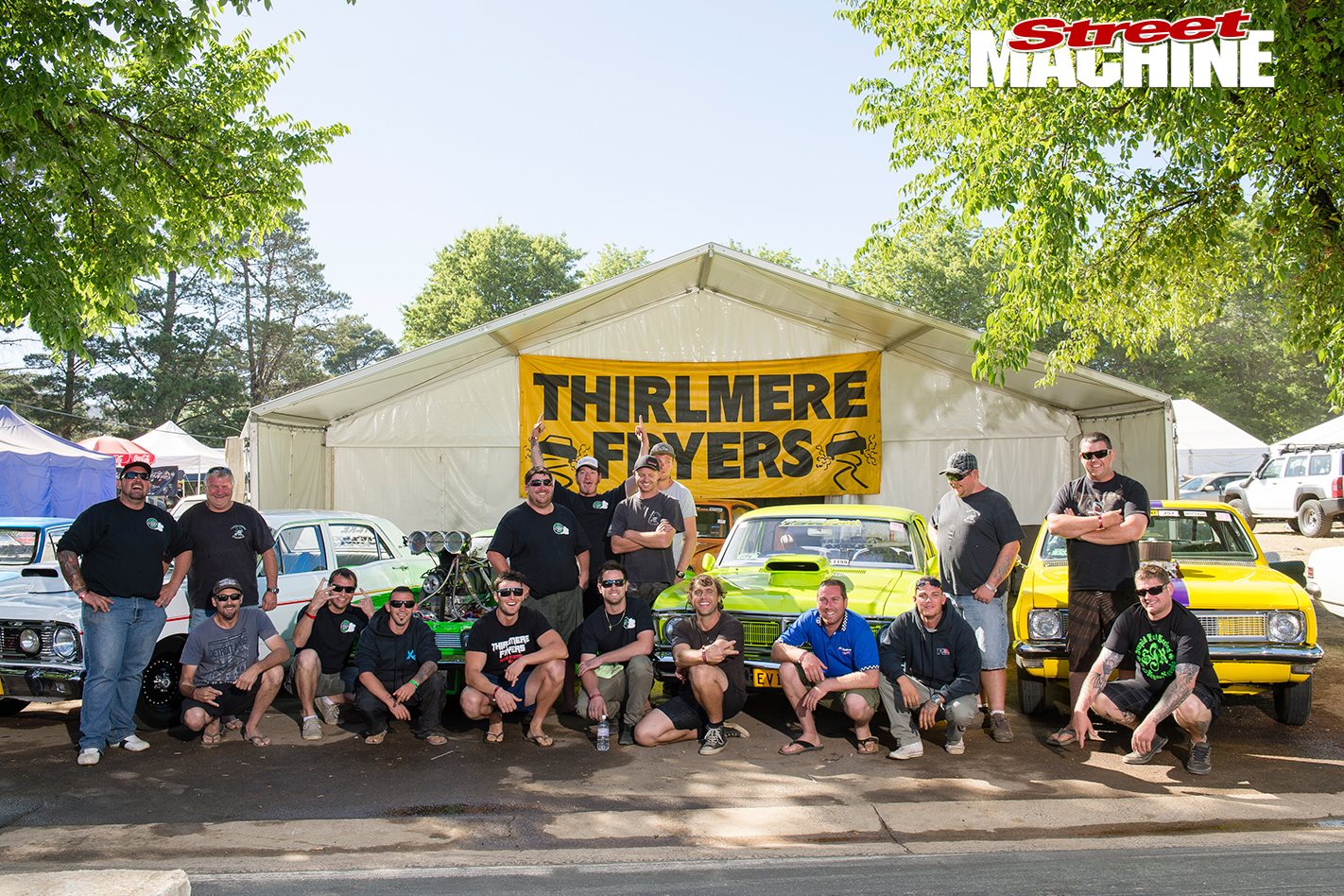