This article originally appeared in the Oct-Nov 1991 issue of Street Machine.

PHIL Rillotta’s a man with a mission. Well, a couple of missions. First up he’d like to nail the scumbag who stole his brand-spanking-new worked 327 from his garage. Crash repairer Phil’s usually a nice bloke, but if he gets his hands on that lowlife... 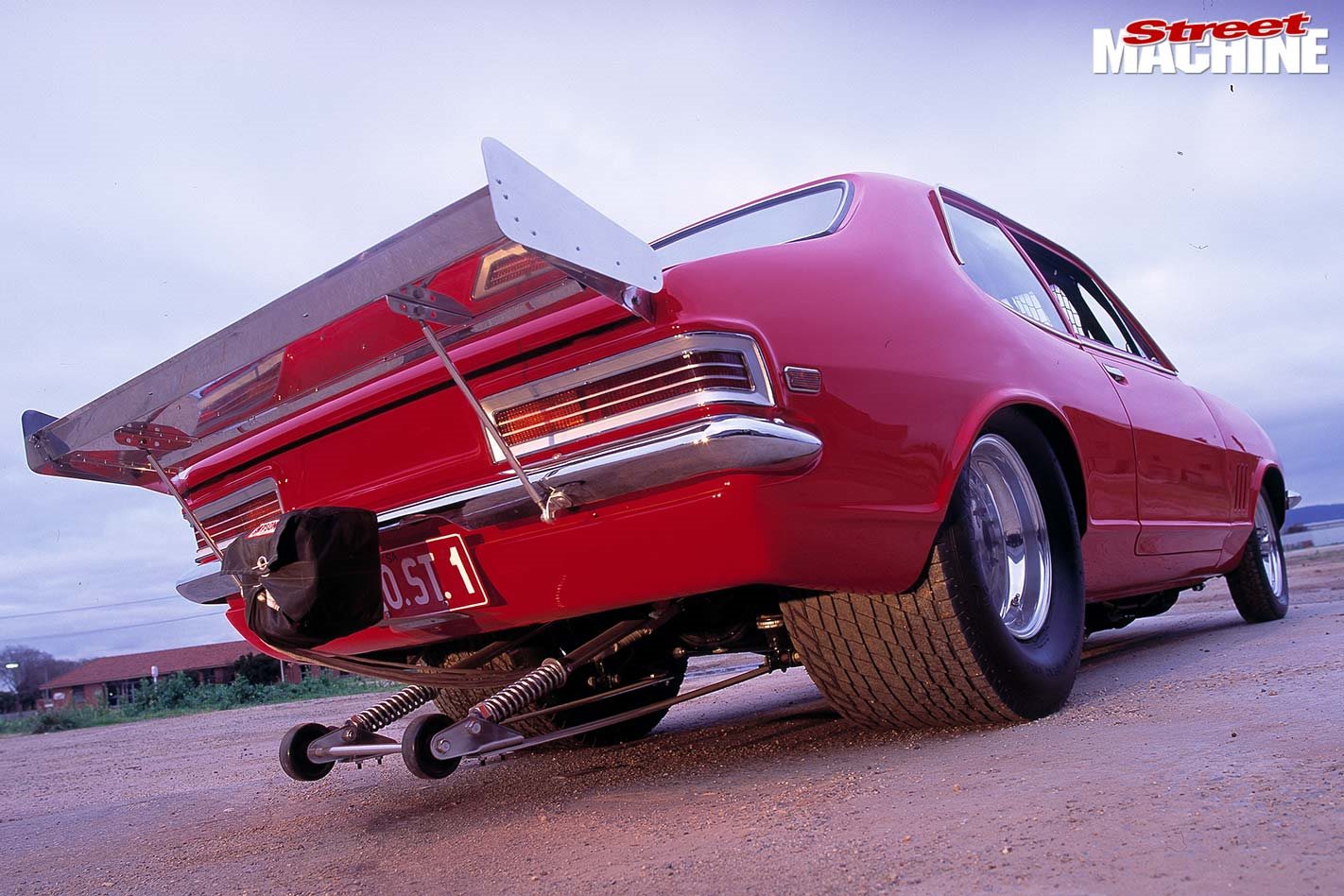 His other mission – and his main purpose in life – is this red-hot, supercharged LC. Phil’s now 27 and he’s owned the car since he was 17. Back then, the $1500 car had a 192 six-pack, which he soon stepped up to a 202. Still thirsting for more, preparation really hotted up when he landed a very warm carburetted 327. After that, he tubbed the rear and built a bulletproof half-chassis. Then, he got carried away and started building a blown 1000hp Rodeck small-block. 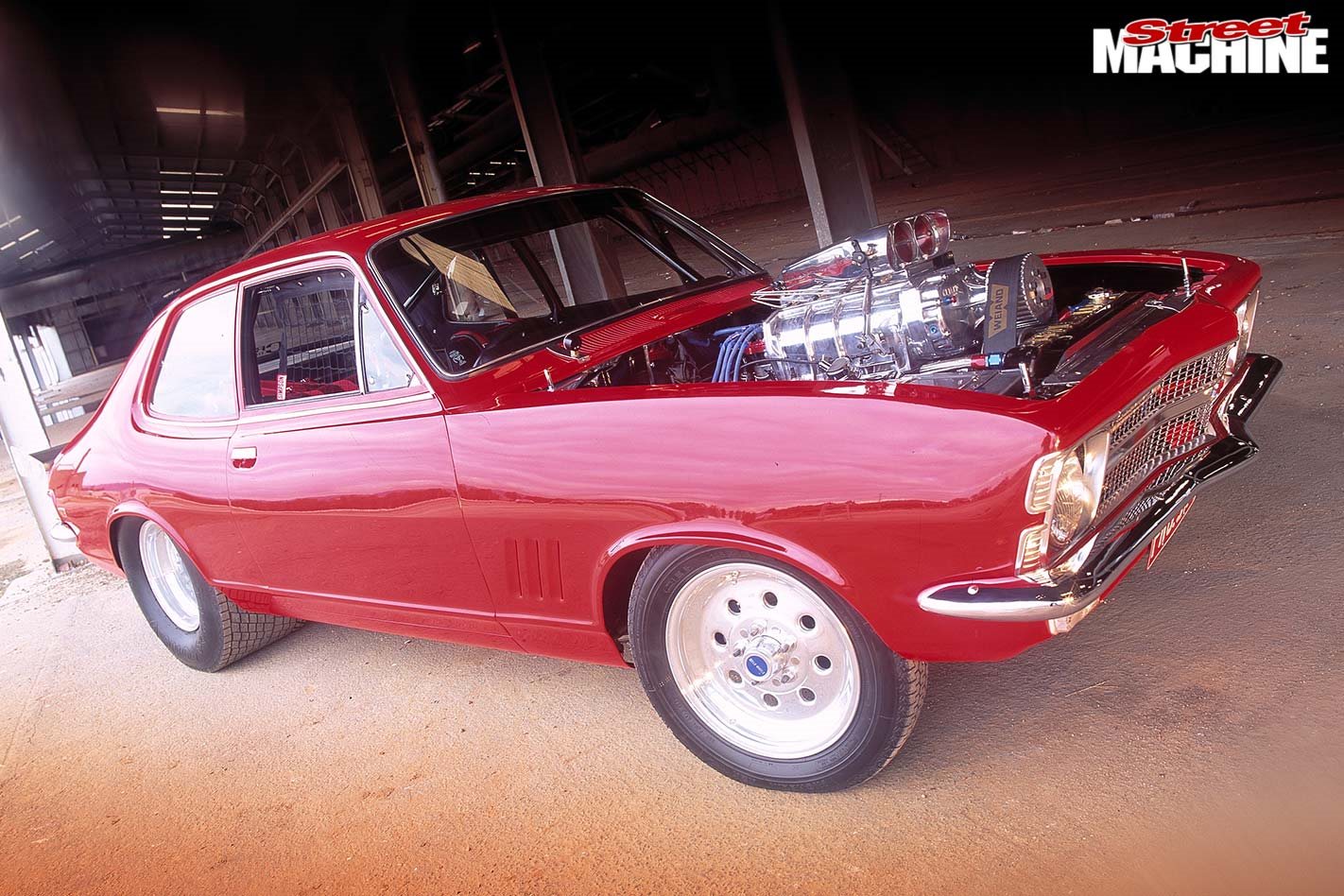 The LC’s come a long way over the past 10 years. “When I had the 202 in the car I trialled it at Adelaide International Raceway and stuffed the clutch, but I still rolled over the line in 14 seconds,” Phil says. Not too bad! 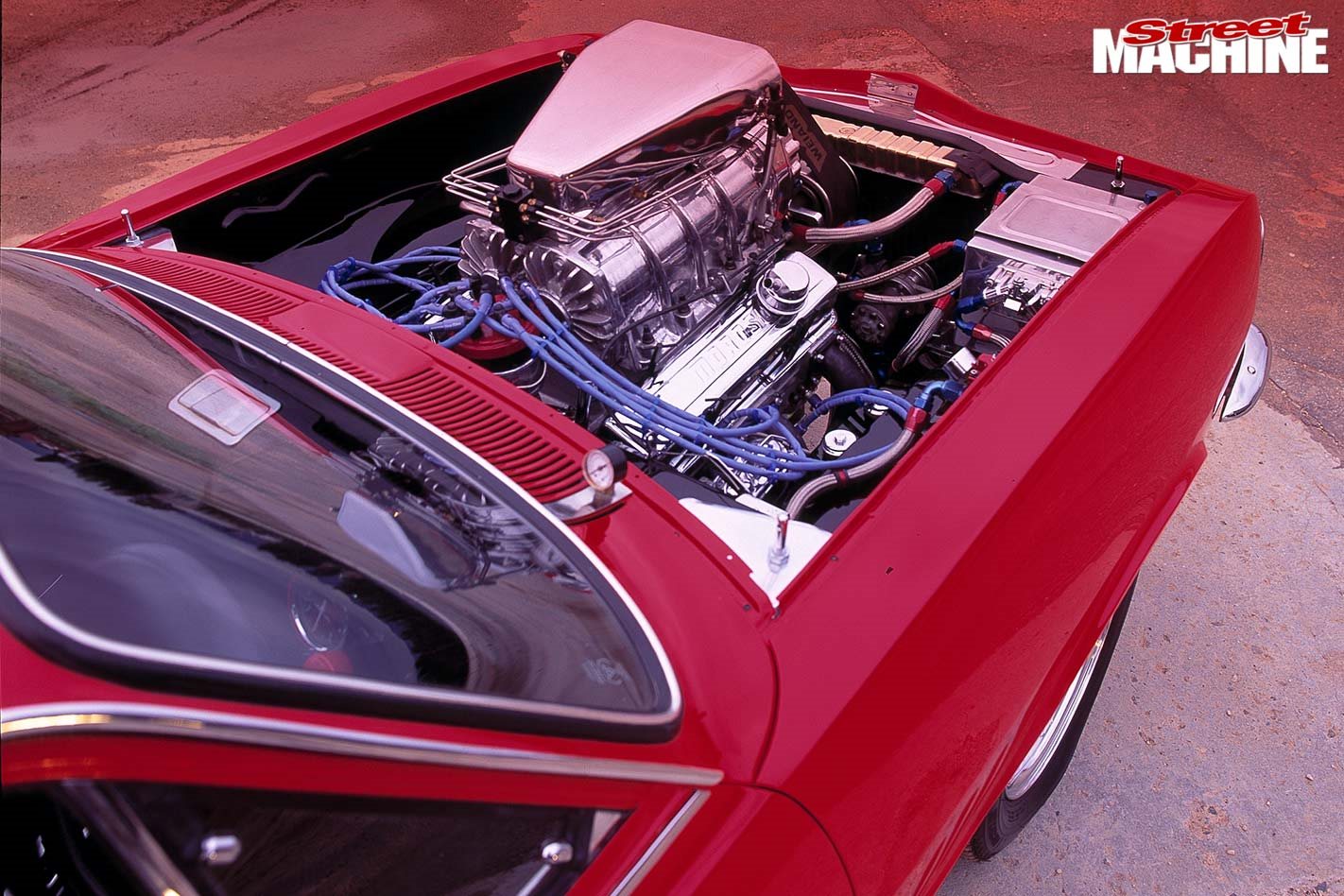 Of course, he’s hoping for even bigger things – like eight-second quarters – from his monster US export powerplant. John Sawka is the man to thank for all the quality work under the lightweight fibreglass bonnet. The motor is 322ci and was crack-tested by the team at Parafield Airport. It houses a billet steel 350 Pro crank rolling on Vandervell bearings, Manley six-inch rods and 12-point rod bolts. Pistons are Ross racers, holding compression with single-groove race rings. 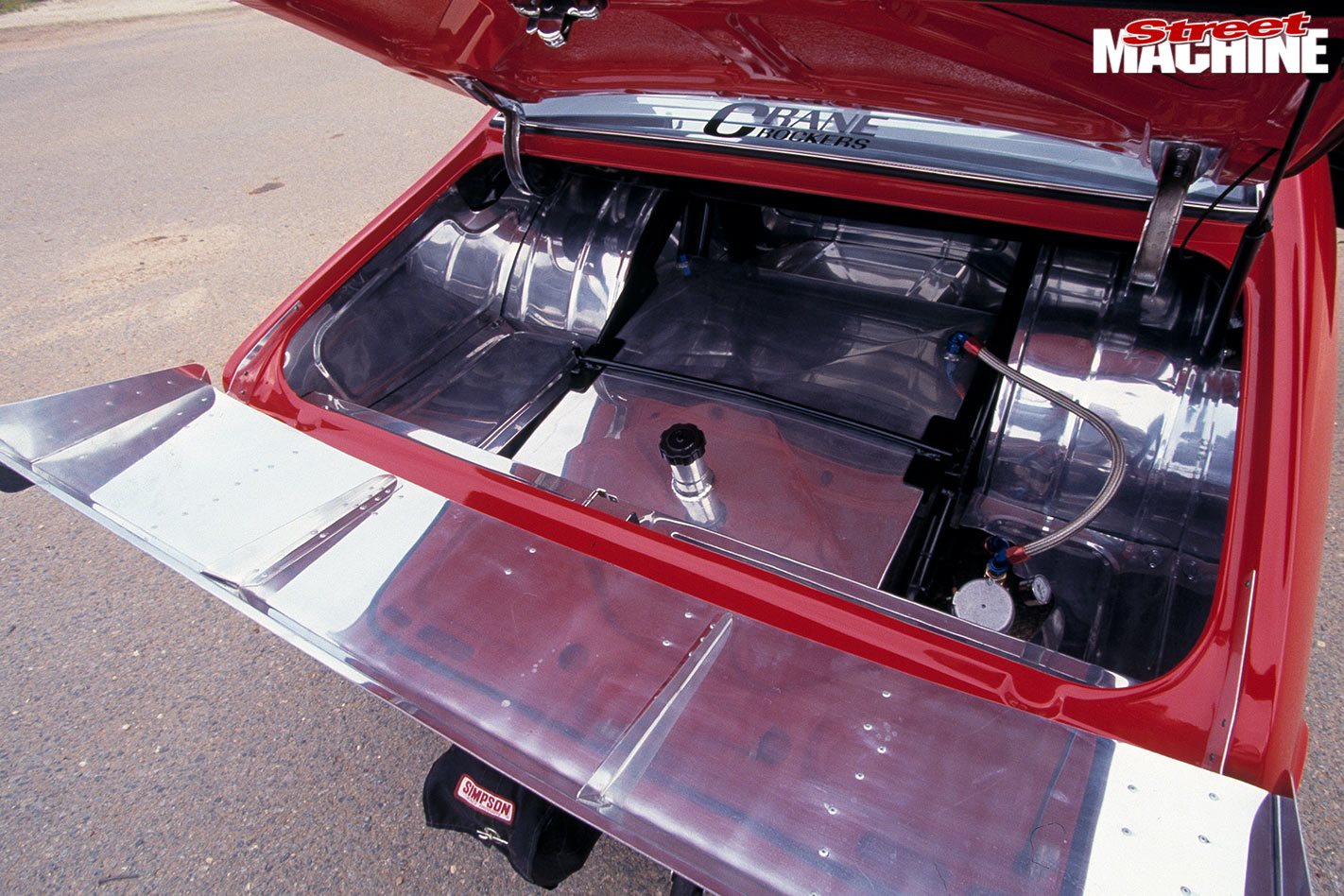 Aluminium Airflow Research heads add some fast class to the shine. So the big horses wouldn’t be a problem, Peter Schaefer reflowed ’em. The oil system was stock, but John Sawka beefed it up. Weiand takes the intake manifold credits and supports the blown and injected induction system with ease. Weiand also got the tall order for the supercharger. Phil scored a Barry Grant fuel pump for the boot, while the pump up front is pretty stock. Gases are blown out by two-inch headers, which turn into 4.5-inch pipelines before reaching Turbo stainless mufflers. Tony Marafioti, a mate, wired the MSD system. 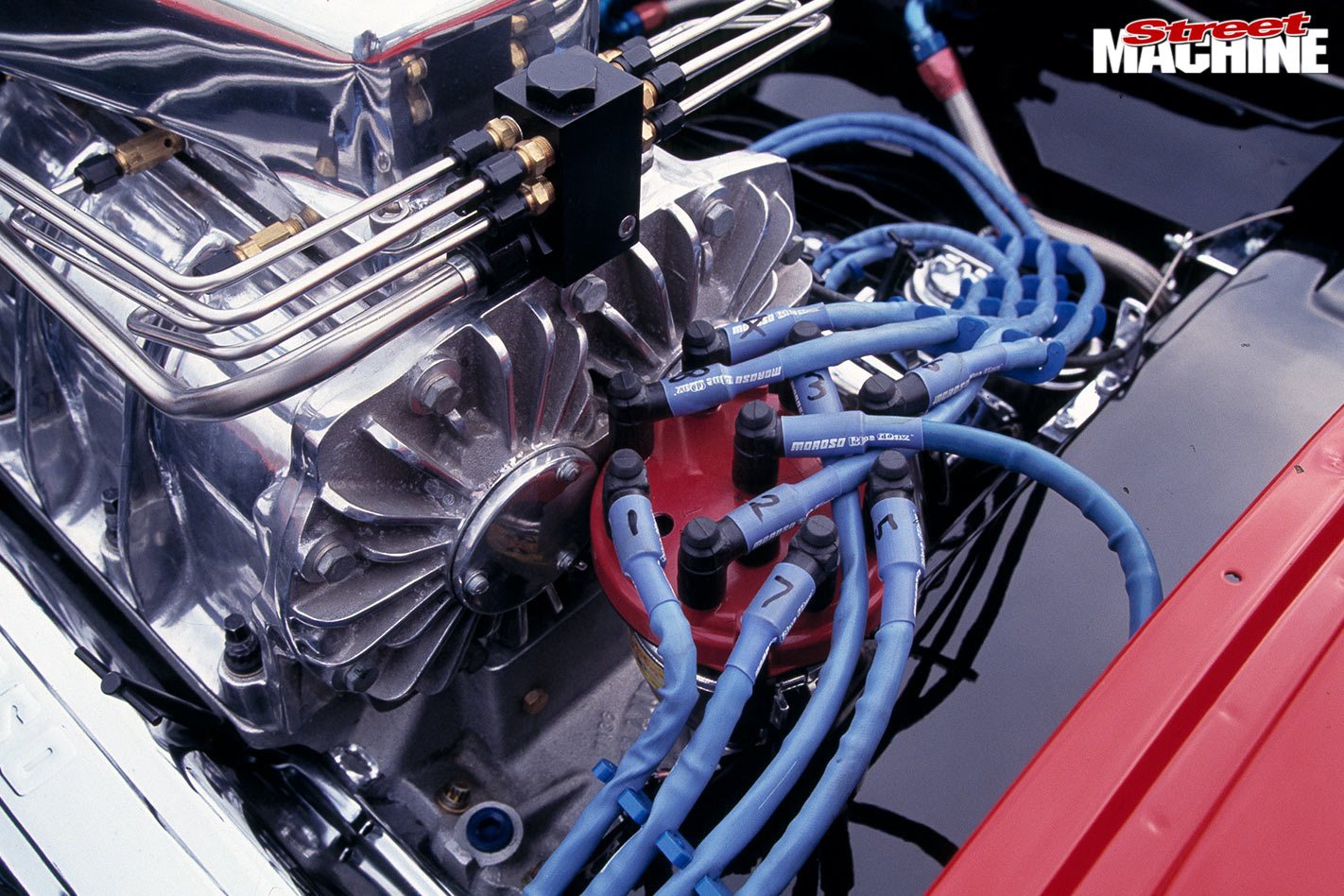 Things start getting pretty hot under the collar when you provide the sort of entertainment Phil craves, but the standard three-core radiator and an endless plethora of braided lines keep everything cool.

In the transmission department, a Hays flexplate takes the gumption from an A1 Powerglide gearbox via a nine-inch Dominator torque converter. The ’box has been modified with a transbrake and full-manual valvebody. Phil directs the charge through a Hurst quarter-stick, and a 3.5-inch equipped tailshaft redirects the power to a nodular iron-centred 44-spline nine-inch diff, which houses Summers Bros axles and a Summers Bros spool. 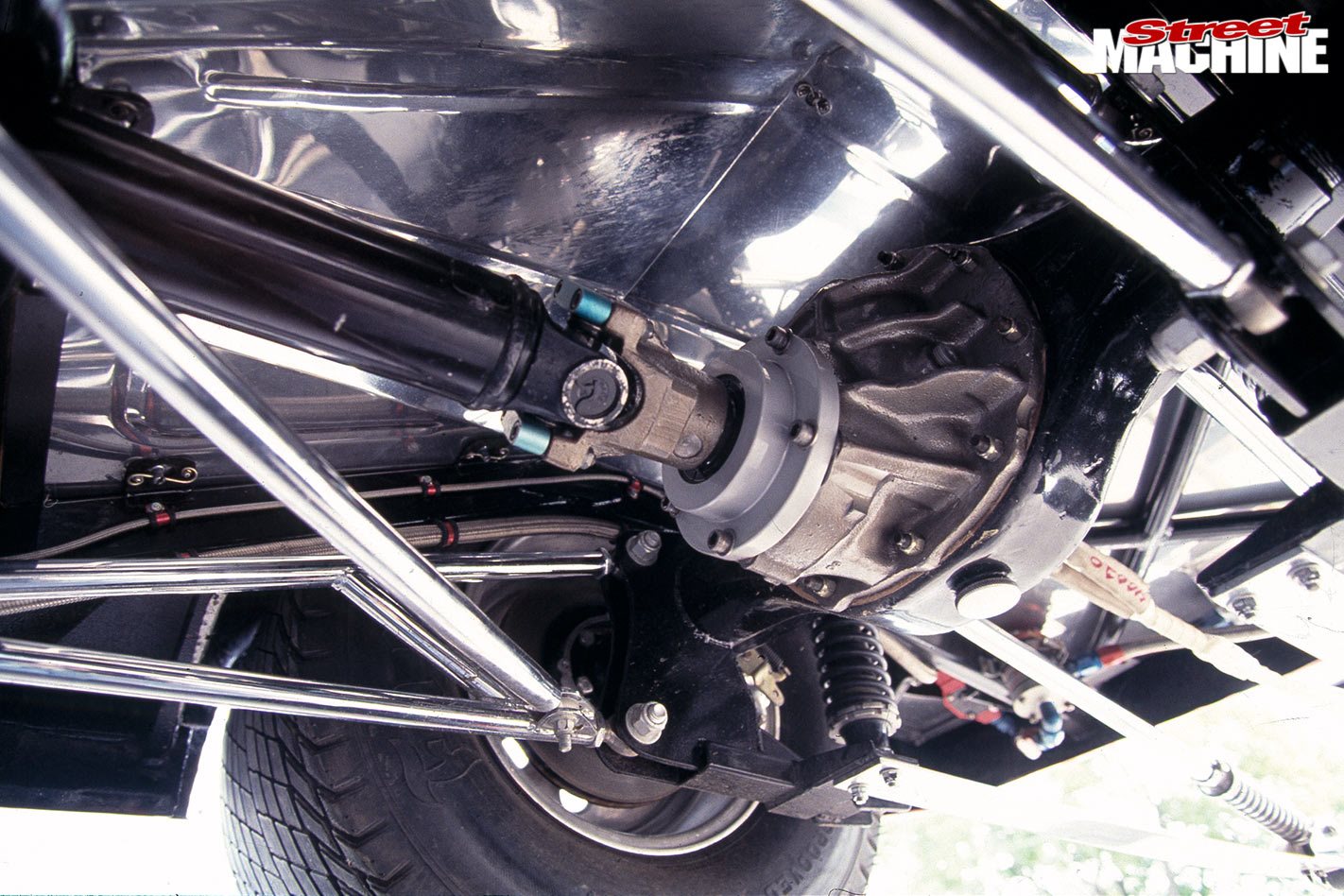 Stopping ability’s still original with stock XU-1 front discs and calipers. The opposition takes a hold at the rear, with Ford discs and alloy calipers. Master cylinder’s stock too.

As plenty of mates were taking guesstimates about how fast the LC would go, Phil didn’t want to take any chances with suspension. Rear ladder bars are custom-made and team up with coil-over shocks. A custom wishbone up front has been designed to bring the front wheels in by two inches. Coil-over shocks are up front as well, and everything is held together with Heim joints. Phil also moved the steering column and mechanism 1.5 inches to the left to cater for the V8 powerplant. 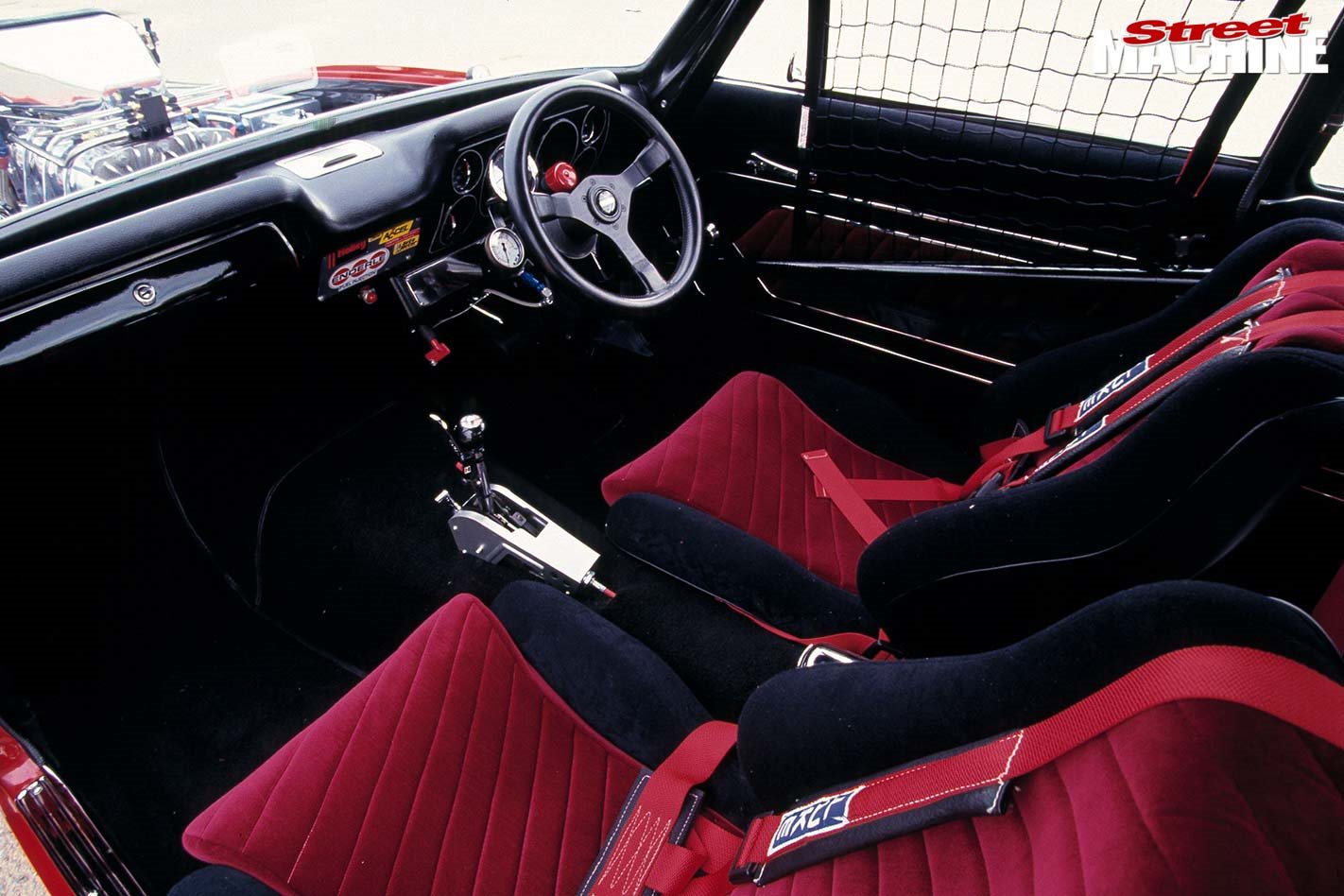 When it comes to looks, Pro Street 1’s pretty attention-grabbing, thanks to another mate Jack’s hard work. He did all the panel beating. He even modified and joined a set of front XU-1 guard lips to the car’s rear to cater for the rubber. When the custom prescription had been filled, the master also added Glasurit undercoat and the same company’s lndischrot top coat. Keith Burgen tubbed the rear end, turning the boot into a stunning aluminium showcase. 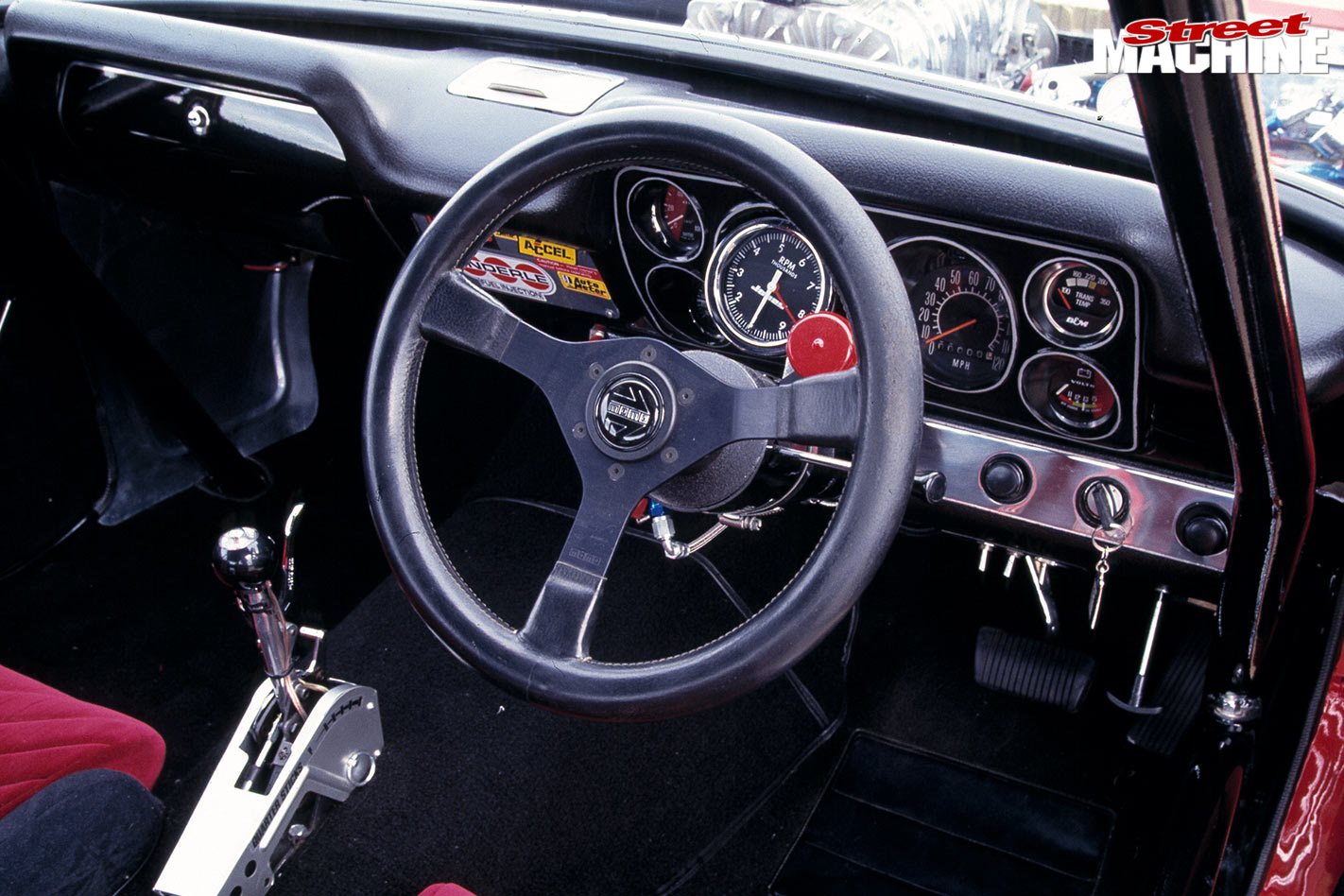 After spending mega-bucks on the motor, Phil did most of the interior mods himself. He’s decked the cockpit out in aluminium, with black and red velour trims surrounding the Saas seats and Luke racing harnesses. The dash is stock – except for the Smith gauges and a Momo wheel. 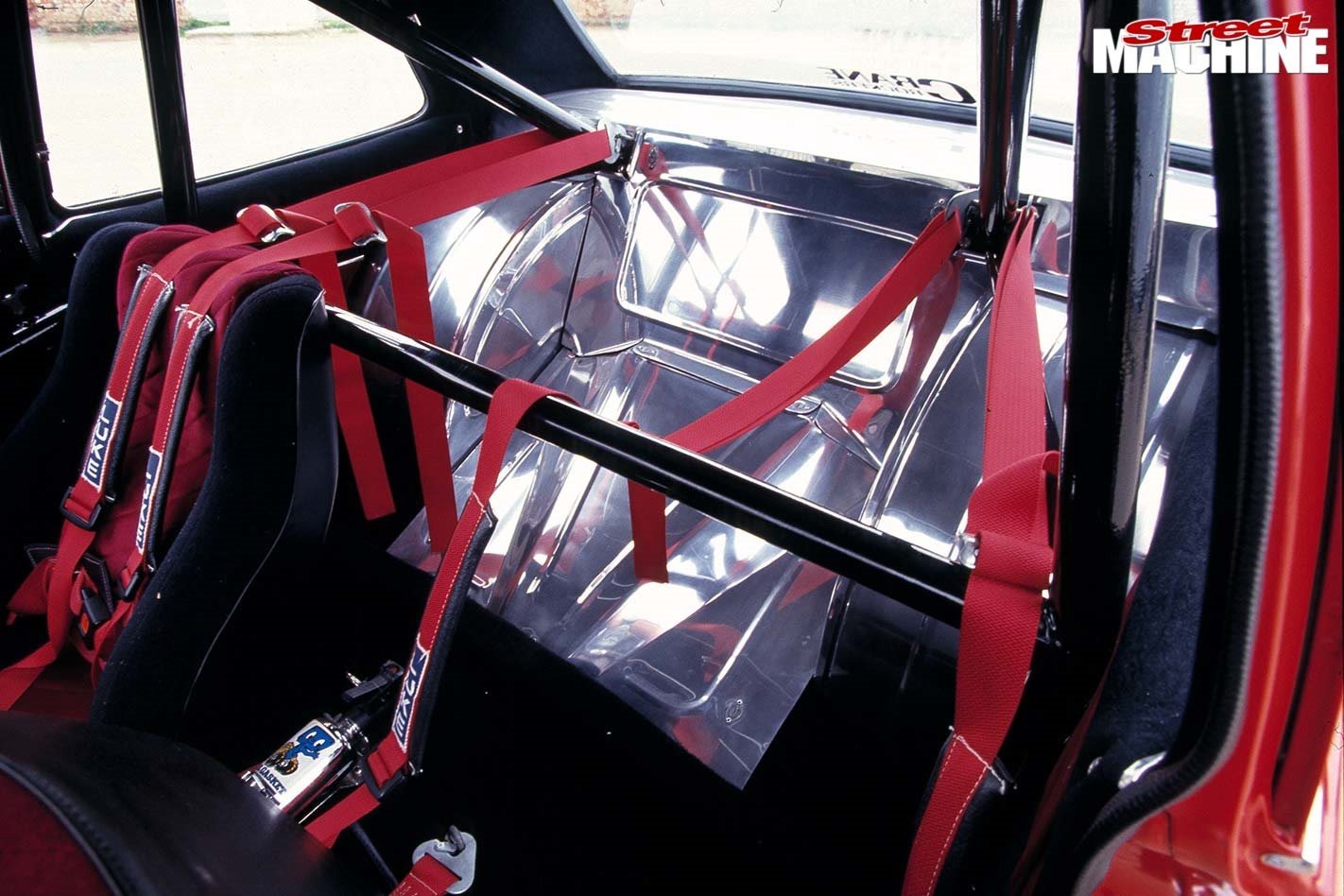 Quick starts are pretty much guaranteed with the meaty rear Firestone 31½x15 rubber wrapped around 15x13 ultra-light Weld wheels. On the pointy end there’s only just enough friction to turn the beast around and point it home after the run. Michelin does the honours this time via 14x15 tyres with skinny little 4½x15 Welds. Halogen lights are the only things that keep this beast from looking like a full-tilt racer.

After a long four-year rebuild, Phil’s just itching to get his 1000hp metal monster back into the limelight. And, if he can keep it in a straight line, those eight-second quarters should be just around the corner! 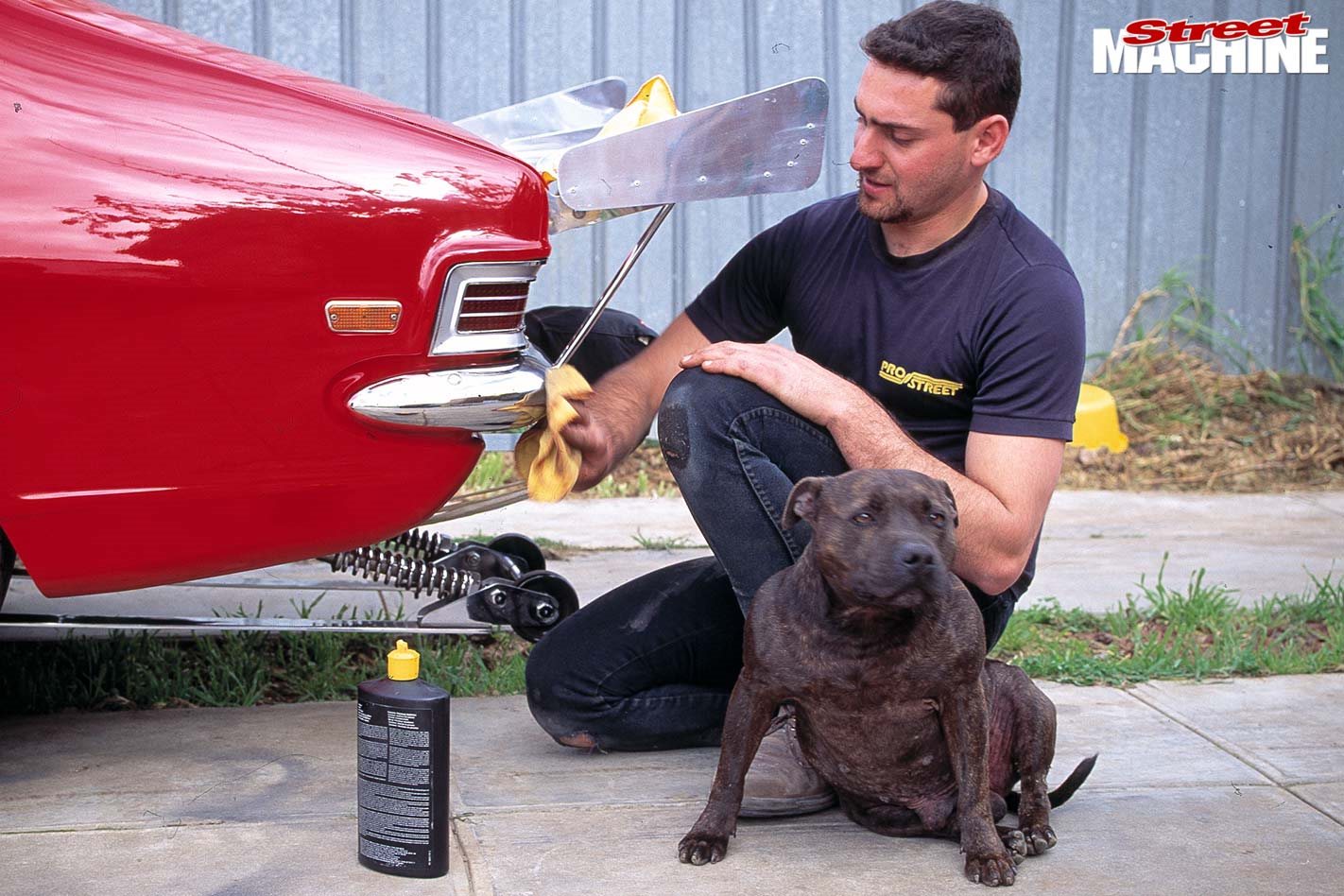