Many Street Machine readers will know who Peter Arcadipane is. His name is among the immortals for the nosejob he did on the star of Mad Max. No, not Mel — the real star, The Last of the V8 Interceptors

MANY Street Machine readers will know who Peter Arcadipane is. His name is among the immortals for the nosejob he did on the star of Mad Max. No, not Mel — the real star, The Last of the V8 Interceptors.

However, things might have been completely different. Not only did the filmmakers briefly flirt with the idea of using a Mustang rather than the Ford Falcon for the hero car but, incredible as it seems now, Arcadipane came close to turning the design job down.

Peter, why on earth wouldn’t you want a job like this?

The producers contacted me to supply and fit the ex-Concorde styling bits. It was so weird — imagine being confronted to work on a film called Mad Tim. Remember, at that time there was no film, no success or any Mad Max cult. It was just some dubious new Australian production. Of course, later it became a massive hit and I certainly take my hat off to George Miller. He had a great vision and he made it brilliantly.

As every Van Wheels reader knows, the Interceptor’s body kit was from Concorde, the Falcon panel van-based show car built for the 1977 Melbourne Motor Show. So how come it suited the coupe so well?

I did proposals based on the Falcon GT coupe, not the van, because I was a car guy. The original Concorde concept was a high-performance aerodynamic coupe much like the long-nose Plymouth Superbird for NASCAR homologation. I tried to get the racing department interested and actually had Allan Moffatt on board. Imagine if the show car had been a coupe and a special homologation series had been built? A Concorde Superbird racing down Conrod Straight in October? The thought still makes me all hot and bothered!

It must have been tough to give up on that idea but we understand you had a lot of freedom with the van design.

Together with some ‘moonlighting’ Ford modellers — including the talented Kevin Patterson, one of the best modellers I’ve worked with — we began developing the car. We were working at night and on weekends creating a prototype; not inside the design studio but in a garage in Geelong.

The show car was delivered to Ford’s Broadmeadows HQ on the morning of the 1977 Melbourne show. There’s a bit of a story there, isn’t there?

Nobody from Ford had seen what we were doing. It officially didn’t exist — can you imagine that happening today? No bloody way, mate. It was shown to the management. Some were totally stunned at what they saw but they could see the shock value and publicity advantage.

What happened next is straight out of a movie — the bosses left for the show and the low-loader on which the ultra-low Concorde had been transported from Geelong to Broadmeadows went too — without the star attraction. With the clock ticking, Peter decided to drive the untested, unregistered and uninsured prototype to the show.

I jumped in and fired up the big V8. The open exhaust system with huge custom-made eight-inch megaphones exploded into life and off I went, down the Hume Highway and into Sydney Road. The ride was pretty good, considering it was running 80mm lower than stock and rolling on 15in-wide Dunlop racing rubber!

Sydney Road was full of cars, trucks, buses, taxis, trams, pedestrians and shoppers. The road surface was poor — racing tyres don’t like tram tracks — and it started to dawn on me, the responsibilities and the consequences of my actions!

Had any other drives as wild as that?

I had a Westfield Super 7 with a semi-race TVR 5.0-litre engine. All the internals were bulletproof and it was pulling well over 410bhp with four downdraught 45DCOE Webers, a clutch that would make a grown man cry, racing brakes and 345/18 rear tyres. With an empty weight around 650kg it was a superbike on four wheels! I never found the redline — once I saw 8400rpm and it was still pulling strong. It was difficult to launch correctly but if you did, you could see 160km/h in about six seconds. It was my most radical street car, a real killer car, but when I sold it I was in tears. It had been built for Dario Franchitti as a hillclimb special. One hour with this machine and you were totally stuffed.

It sounds comically far-fetched but Concorde even ran out of fuel and was too low to negotiate the driveway of the nearest servo. Arcadipane finally got the car refuelled with the help of motoring journalist Mark Fogarty.

Eventually the car got to the Exhibition Buildings on time and in one piece. The rest is history. The show car was an instant success and, I believe, helped the progress of the local van scene. What’s more, without people seeing the Ford Concorde prototype at the show, the producers of Mad Max might have gone down a different path with their film car.

Just as it helped shape the future of Mad Max, the success of Concorde encouraged you to leave the safety of employment at Ford and start Arcadipane Design.

Leaving Ford was a real leap of faith and my friends all thought I was totally insane. But it felt right. The show car was resonating with the public and in the tuning world. I had tried to convince Ford that there was a business case to do a simplified version, in limited series, or for the dealer network. They weren’t interested, so I left.

And it was about this time that the movie people came calling — was that a big boost?

To be connected with something like the Mad Max franchise is okay, even though I’ve never actually made any money from it. But seeing the film for the first time — on a huge drive-in screen in a Melbourne suburb — it was spectacular.

Like the film, you’ve enjoyed worldwide success, working in the USA, Europe and now China, so how does the V8 Interceptor fit into your portfolio?

As far as a legacy goes, I am a little disappointed. Not in the fans but with the attention to this one small assignment in a very full bag of far more serious and important work. I hope I’m not sounding like a prima donna but when the portfolio includes production and show cars for companies like Mercedes-Benz, Ford, General Motors, PSA [Peugeot and Citroen], Kia, Mitsubishi and more, then my priorities are very different.

Most other professional car stylists and designers have never liked the Mad Max car. They see it as frivolous, cheap and too ‘tuned’ to be taken seriously. I don’t agree with this sort of stuffy, arrogant and pedantic mentality. I take all my work seriously, regardless of how small or ‘unimportant’ and always do my best. This film became a global phenomenon. Some of those critics could do well to adopt the same work ethic.

We know you’ve worked up Mad Max concepts based on Holden’s 2002 Monaro, a late-model Chev Corvette, Ford’s Falcon ute and the Commodore one-tonner but what would you use for a contemporary take on it?

The Volkswagen Scirocco as a base car works very well. I know — I’ve already tried it. I have designed a concept for a styling kit to be commercially available, allowing fans to build a new Interceptor for themselves.

But we’re not so sure ‘Last Of The Two-Litre Turbo Four-Cylinder Interceptors’ has quite the same ring about it. Then again, the man who designed one of the true icons of modern cinema just might know what he’s on about. 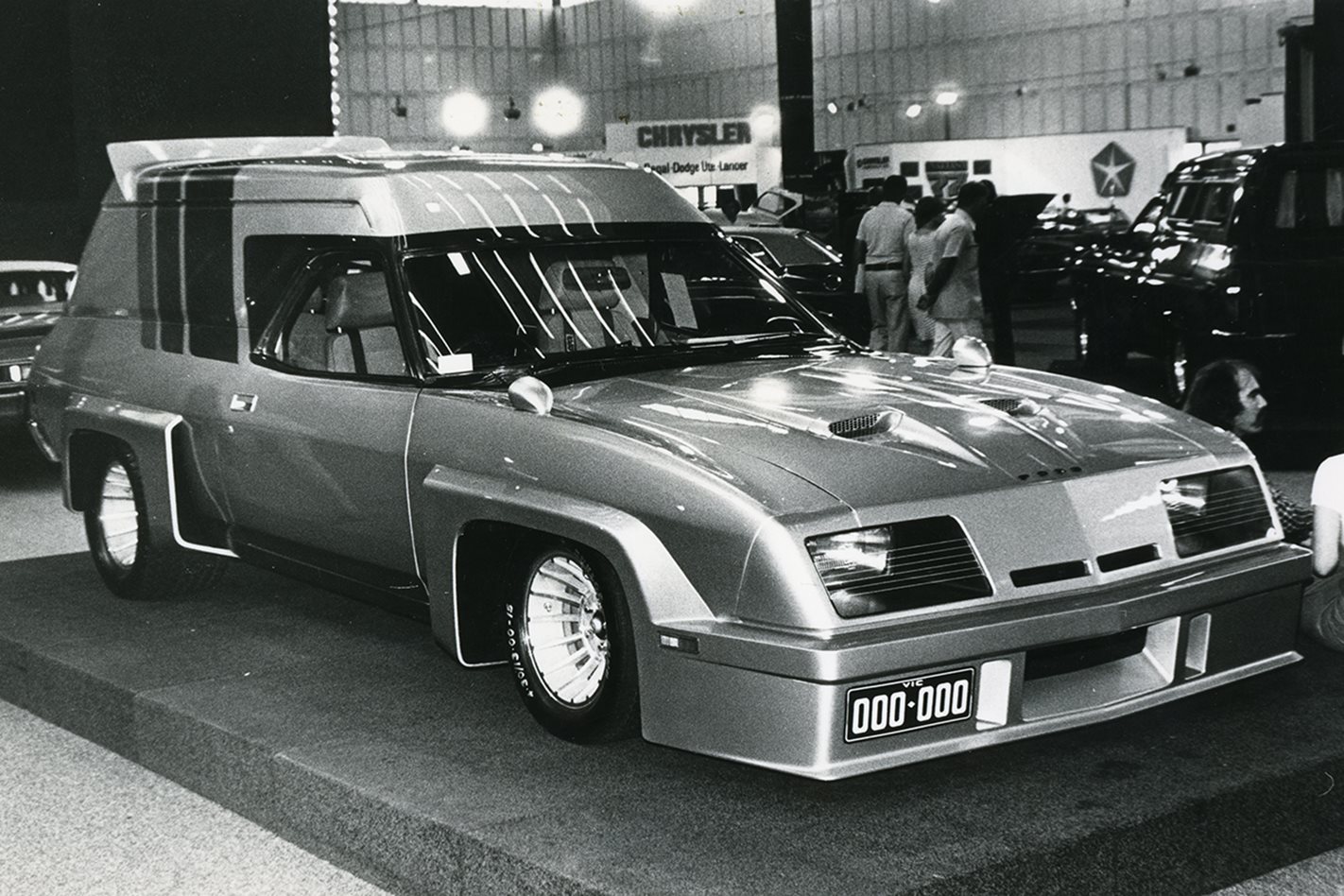 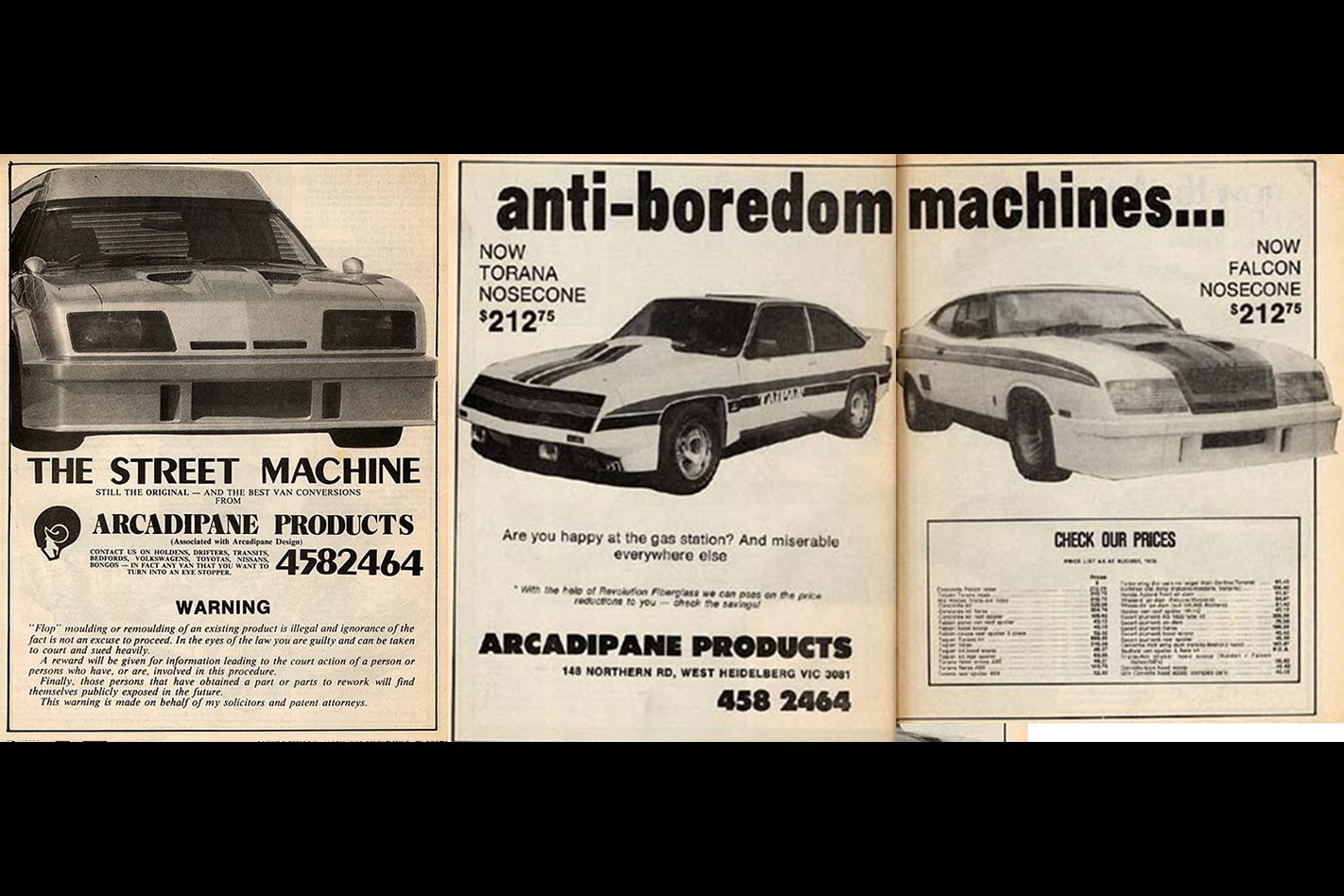 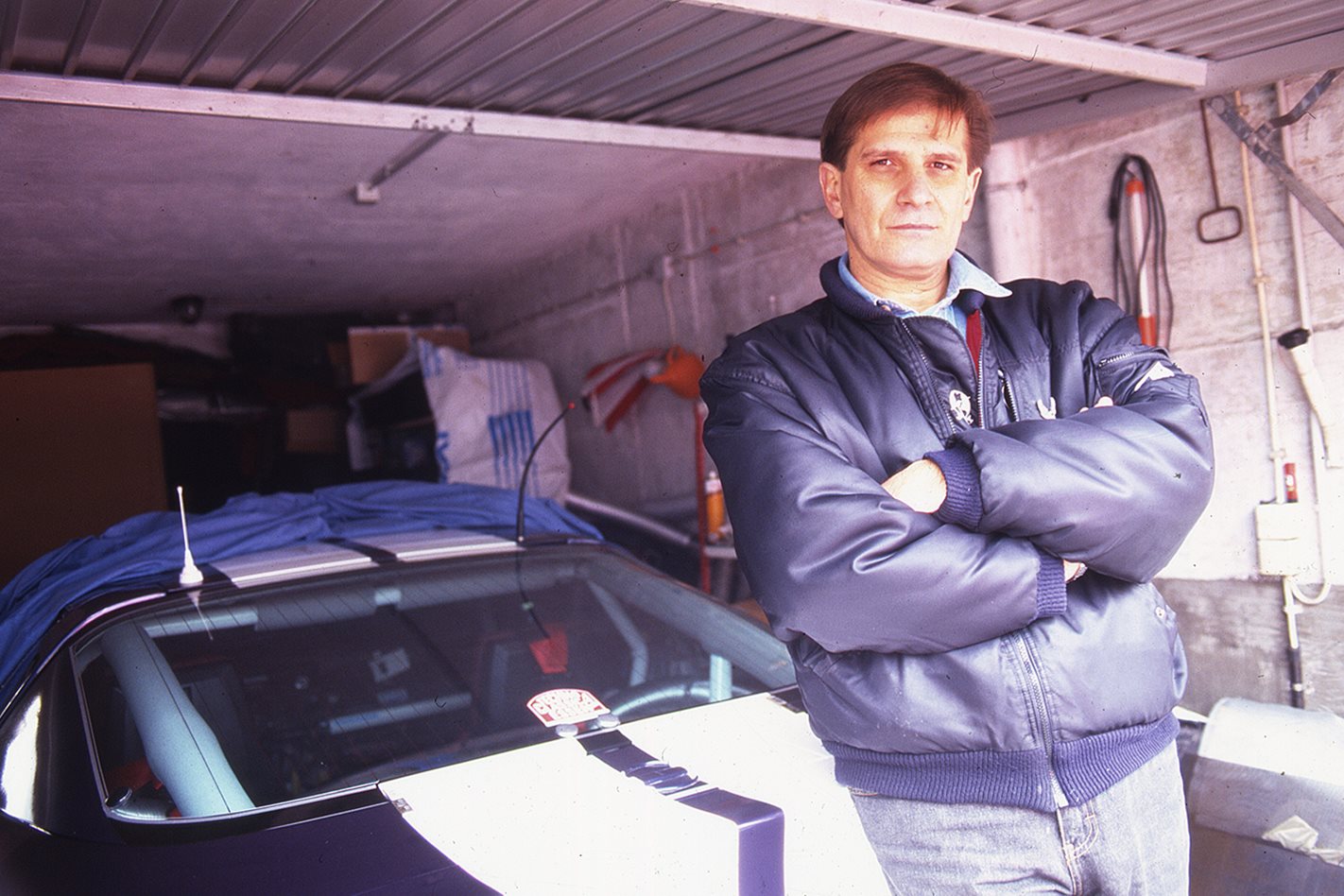 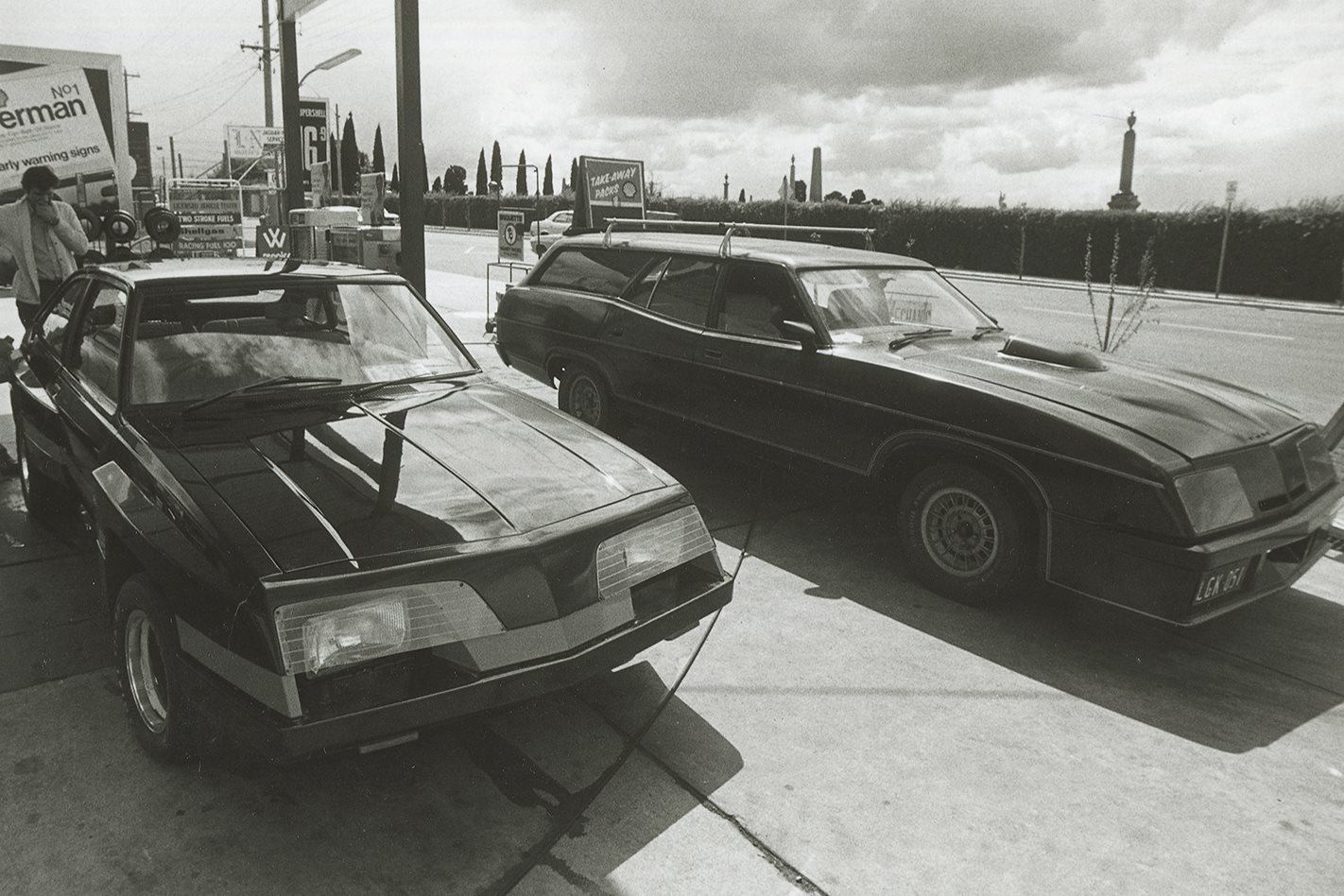 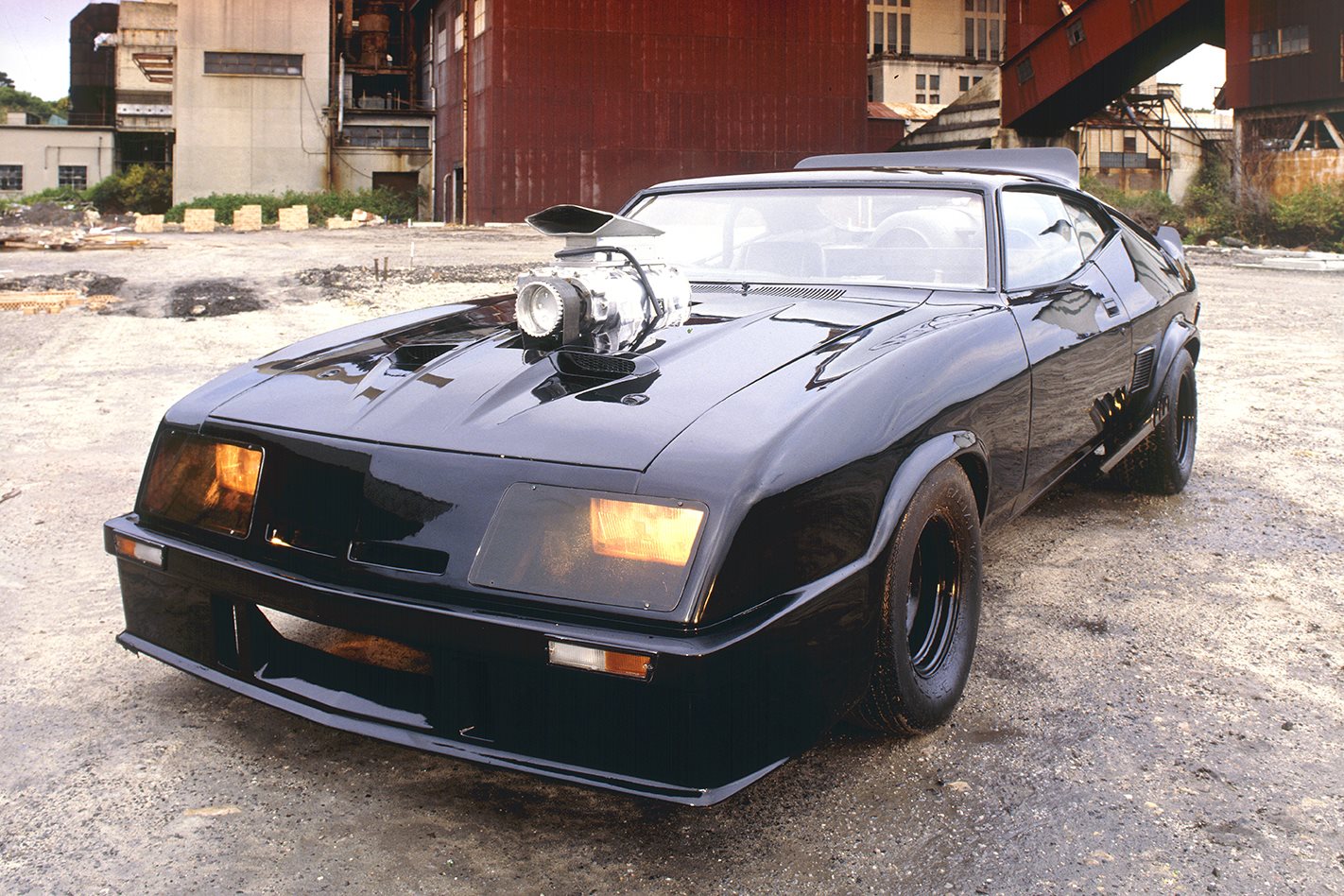 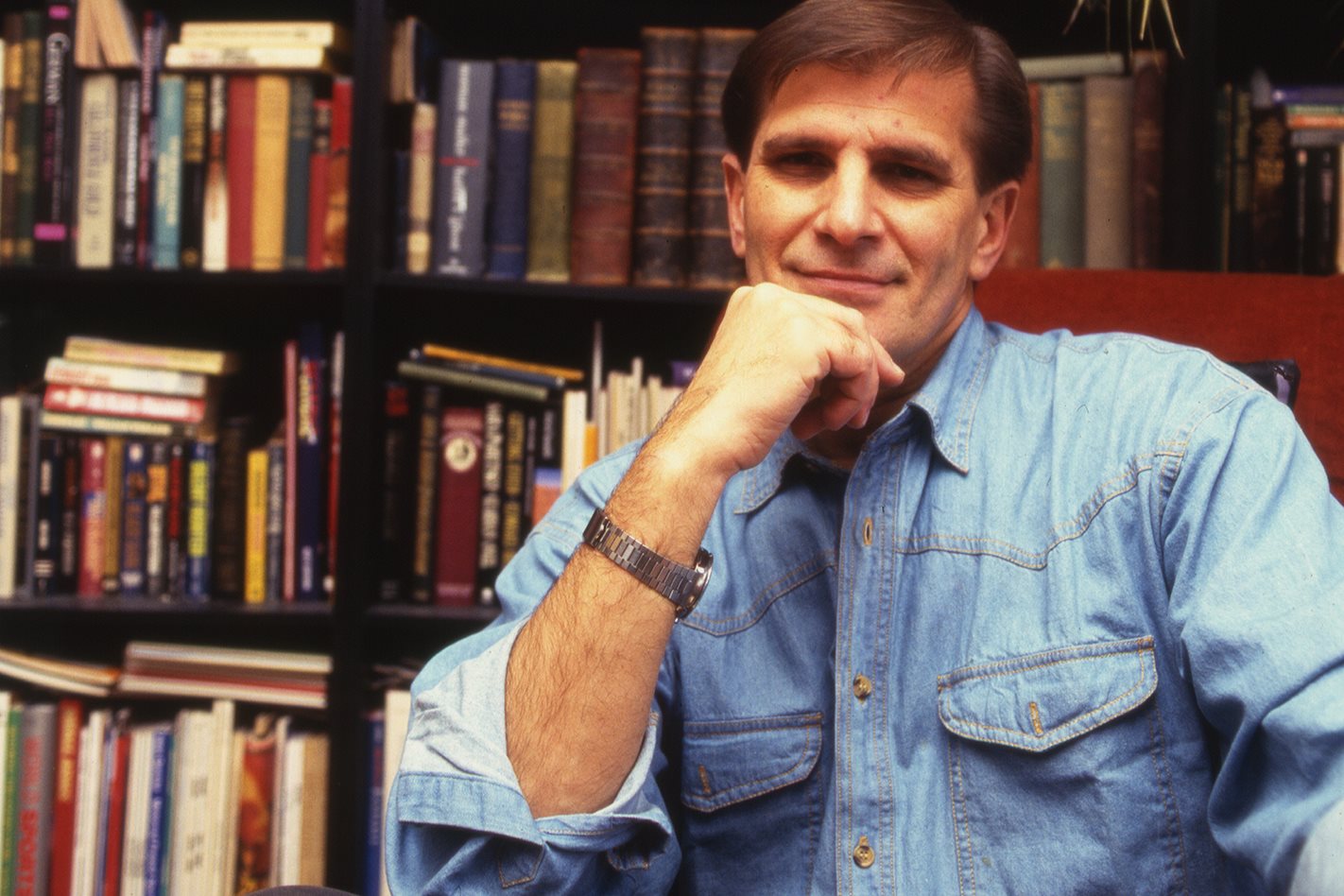 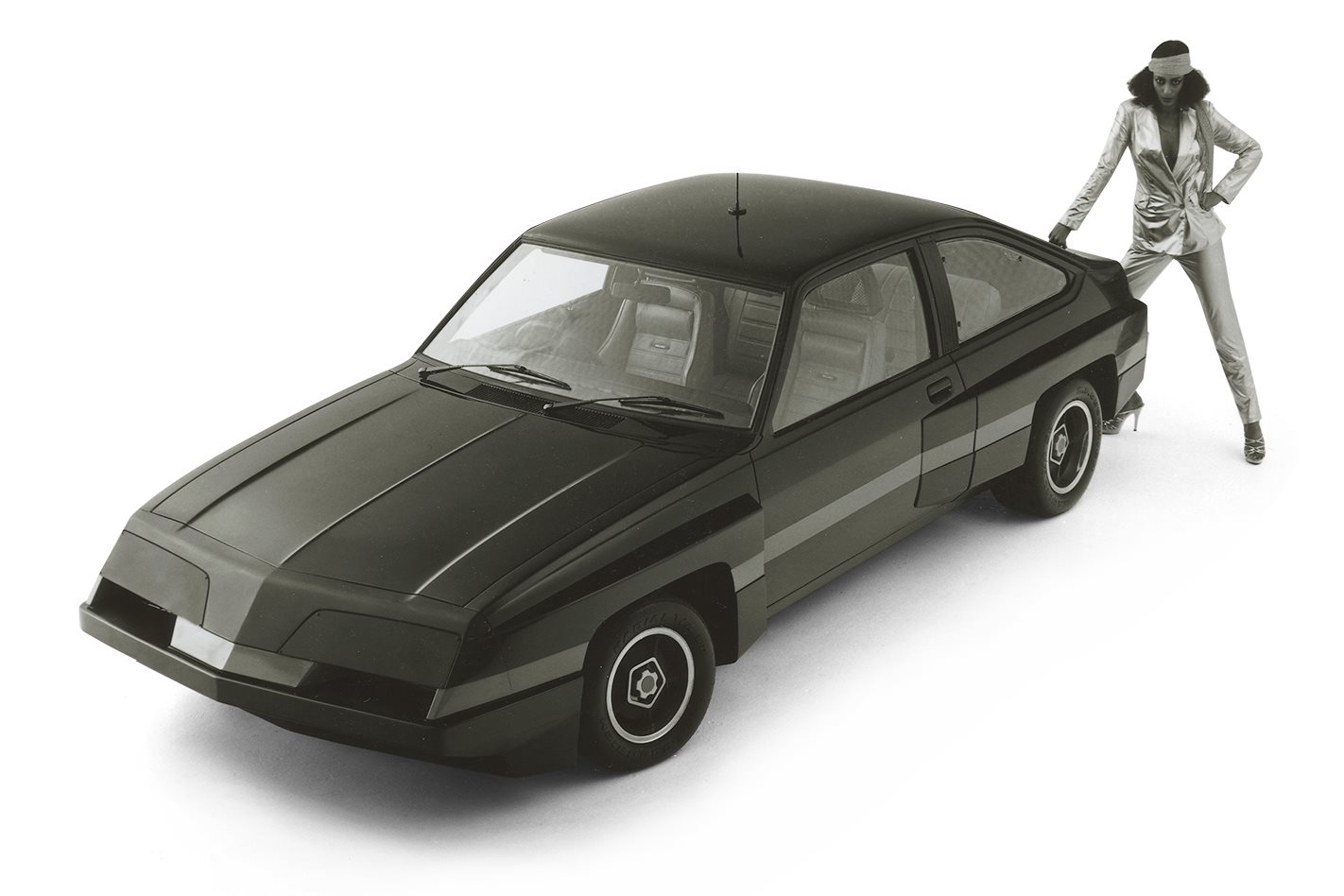