FOR the past few days, we’ve been following Street Machine columnist Mark Arblaster as he road-trips the USA in his turbo LS1-powered VG Valiant, POR440. Along with his good buddy Steve Reimann, he’s been travelling from LA to Cordova, Illinois, where he’ll begin another mammoth journey by taking part in the five-day automotive torture test that is Hot Rod Drag Week 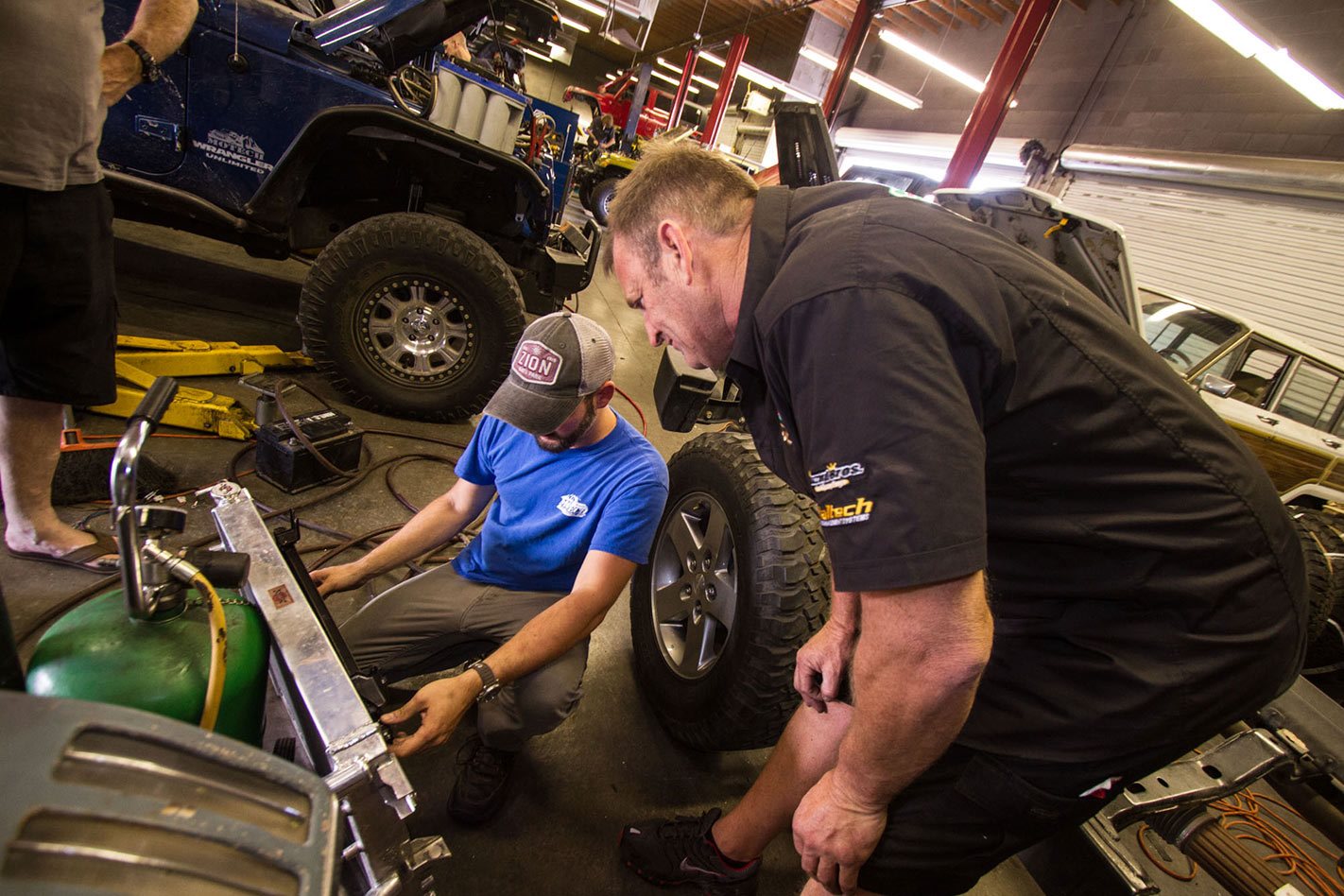 When we checked in with Arby and Steve yesterday, they were in Las Vegas, where they’d just managed to sort out an uncooperative alternator before a persistent overheating problem returned. 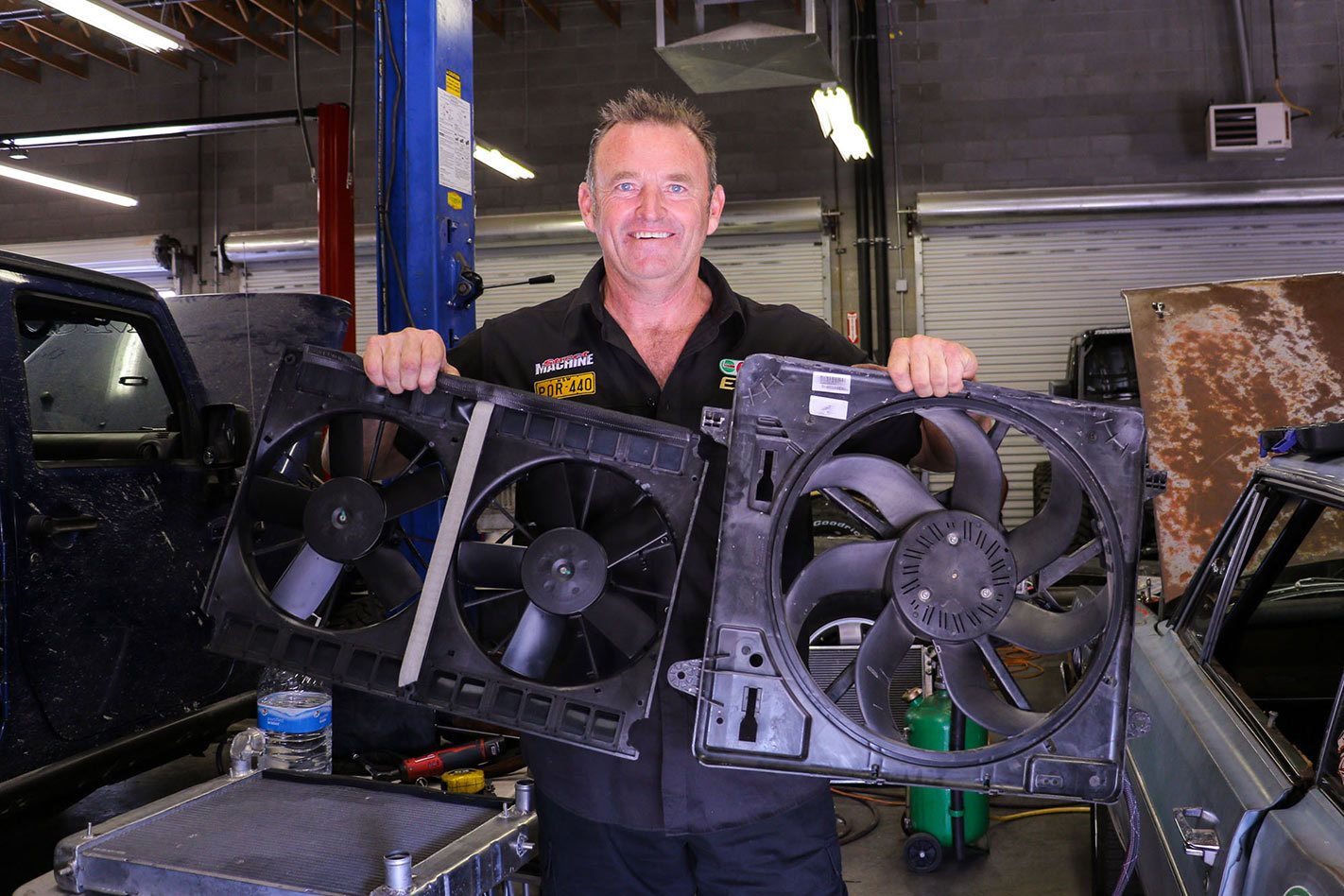 So it was back to local LS1-into-Jeep specialists MoTech, to get the problem sorted once and for all. The MoTech guys fitted a fan from a 2016 Corvette, along with a new radiator, and now POR440 finally has some serious airflow to survive the run across the desert. 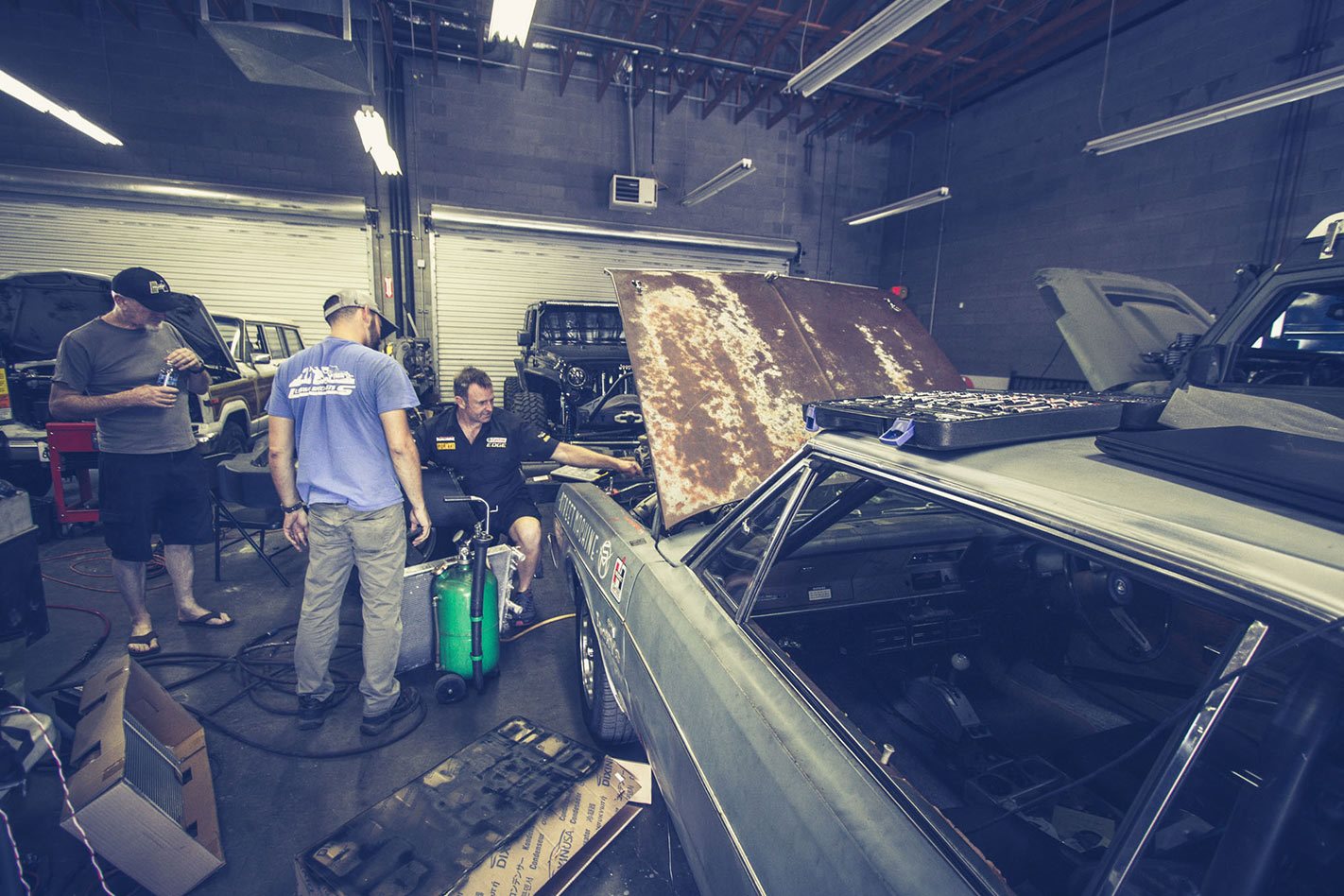 With the car now ready to roll, Steve headed for the airport to drop off the rental car with Mark and photographer Luke Nieuwhof not far behind. But about two miles from the workshop, the car began to turn itself off. An extremely frustrated Mark pulled over and Haltech were on the phone right away to diagnose the issue as cooling system pressure, where the engine management system automatically shuts off the engine when the cooling pressure reaches 30psi. 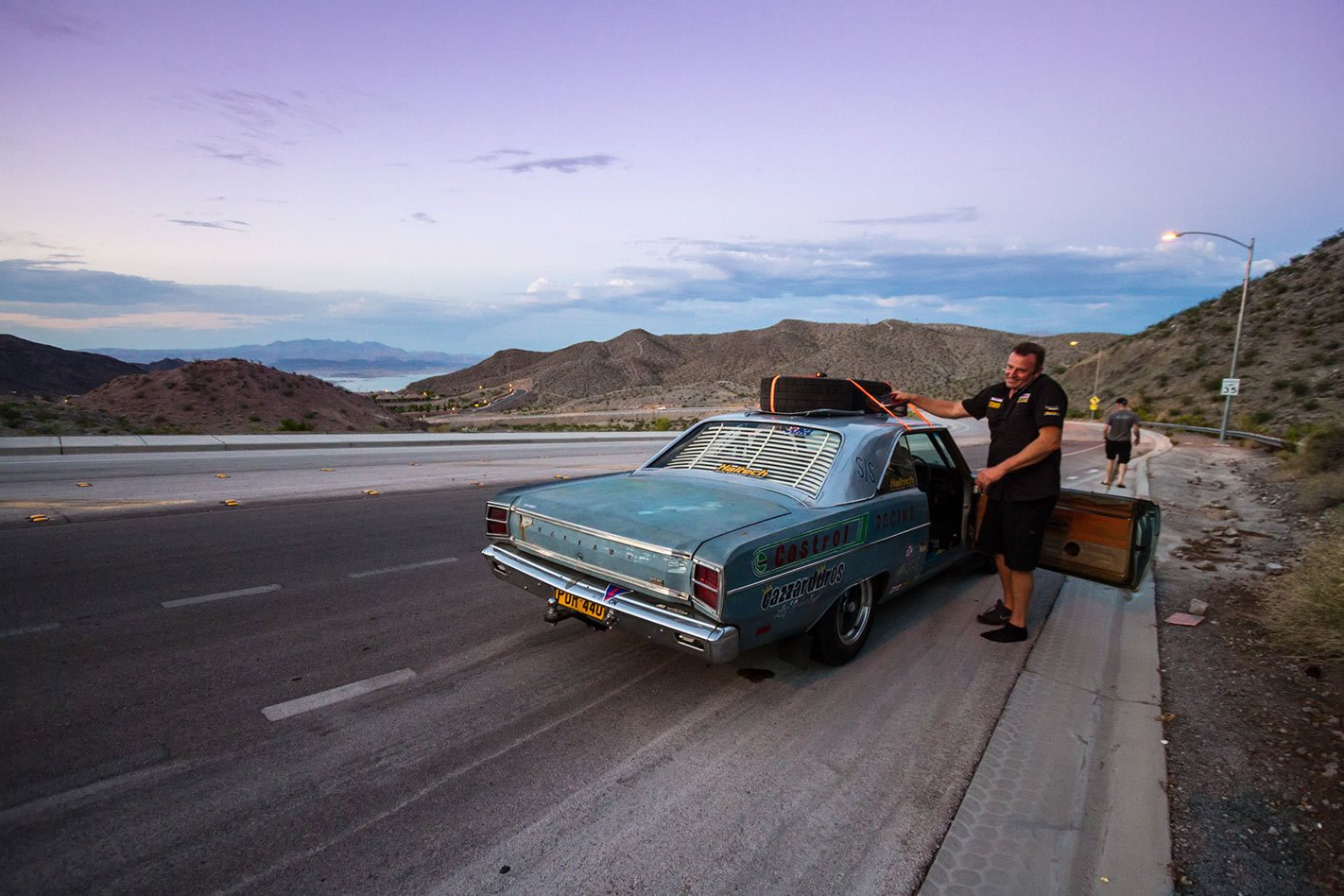 Happily, the solution turned out to be simple. An O-ring from a funnel used to fill the system was sitting beneath the radiator cap, which prevented it from relieving the pressure in the system. 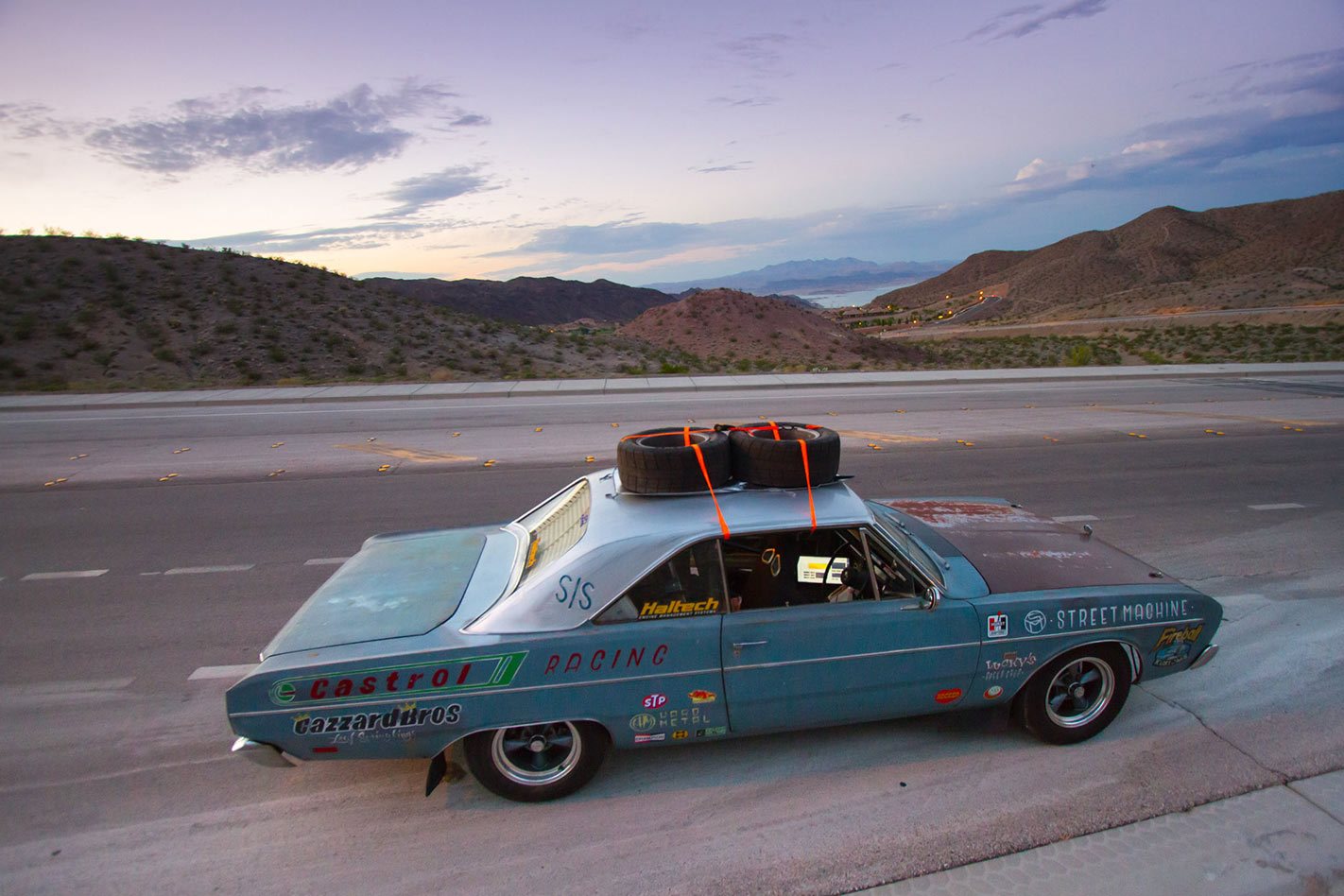 Drama solved, it was time to move on again, but shortly after picking up Steve the car began to surge and Mark pulled over once again. This time it was a fuel pump issue and Haltech were back on the phone to assist. They swapped the fuel pumps over in the software and POR440 was ready to go once more. It is amazing that someone on the other side of the planet can observe live readings from an engine and troubleshoot the problem on the spot! 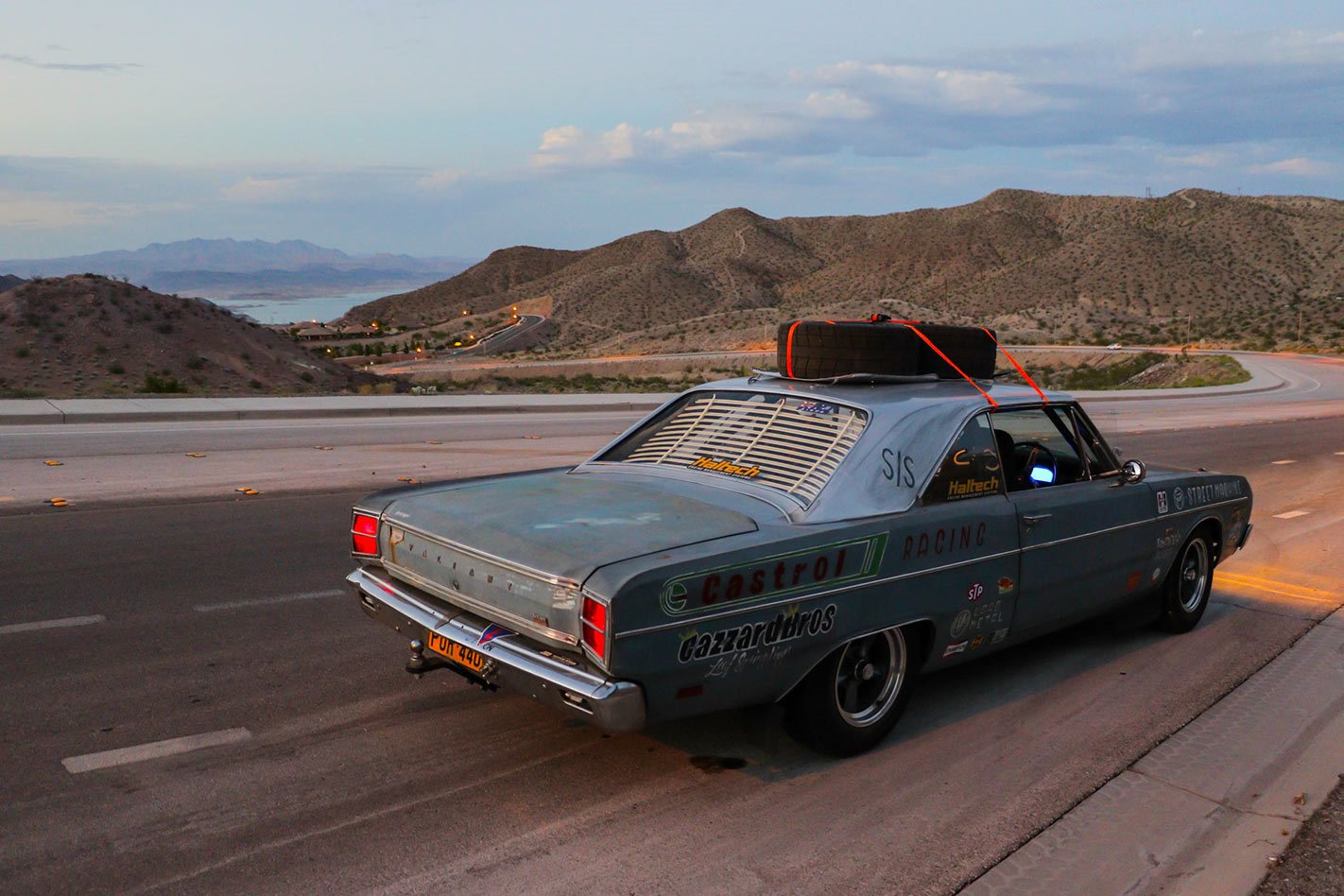 The team ended up leaving the Vegas outskirts after sunset – it was Hoover Dam or bust. POR440 made it there for a brief snapshot in the dark, before resuming the journey and pulling up in Kingman, Arizona for the night.

From here the Route 66 journey begins as the team head for Oklahoma. 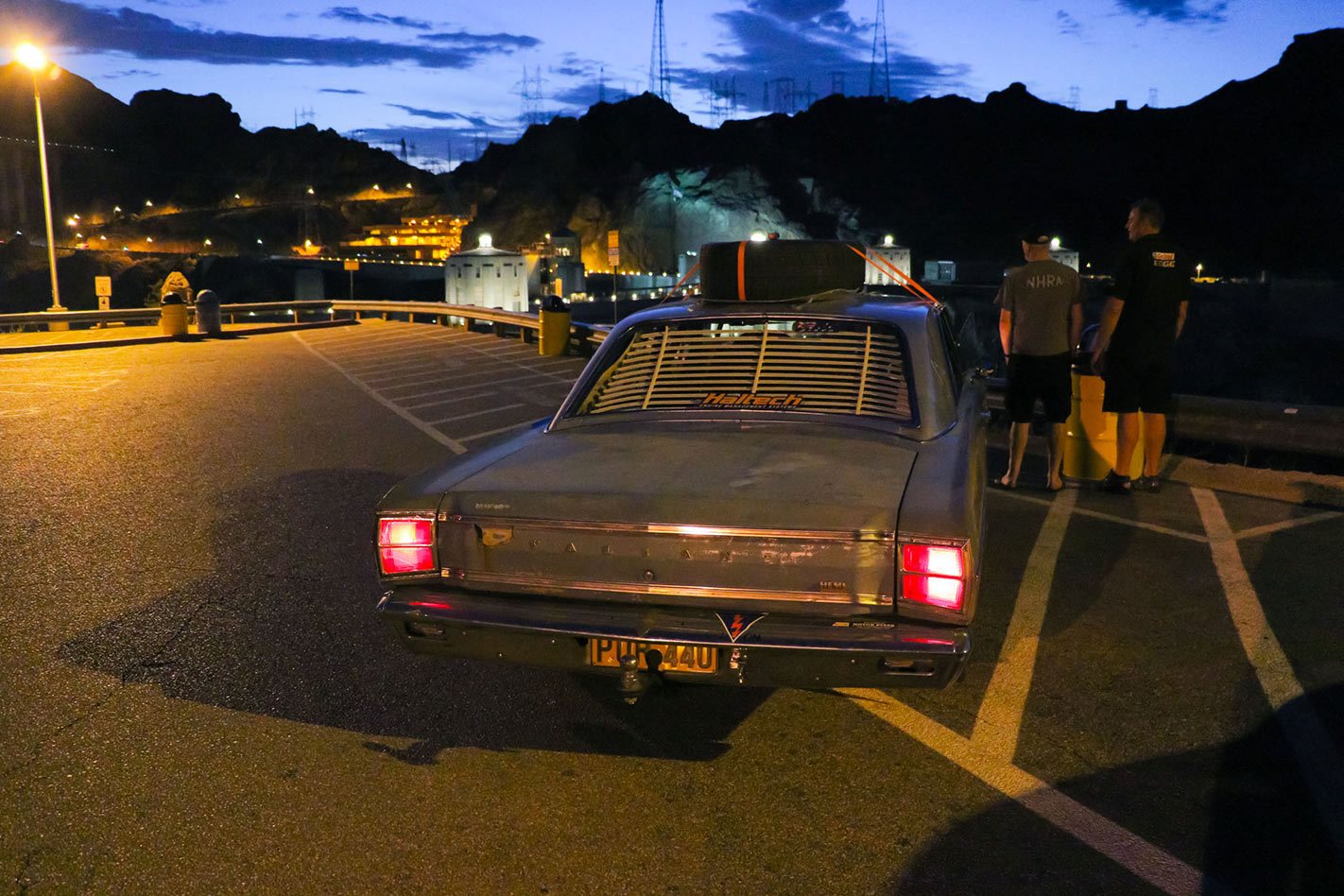