AS WE reported yesterday, Mark Arblaster and his LS1 turbo-powered VG Valiant had a rough start to their trip to Hot Rod Drag Week in the US. Temperatures in the mid 40-degree range tested the limits of the Val’s cooling system and made the inside of the car unbearably hot. 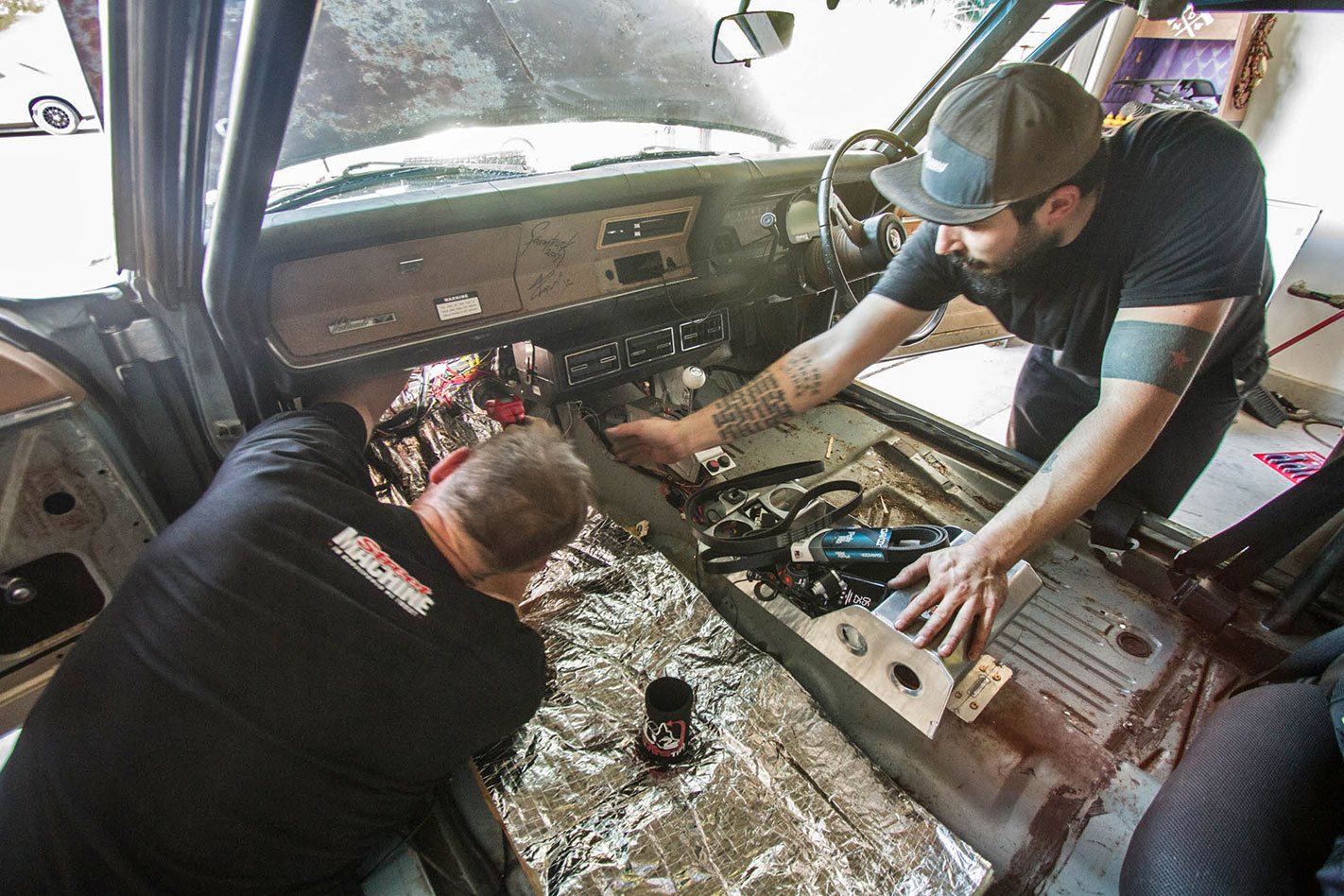 Arby and his mate Steve Reimann decided to visit Home Depot to sort out some cheap – and lightweight – insulation, where they met Las Vegas locals Chris and Ralph, who invited the guys to use their garage to fix the car and drink their beer as well! 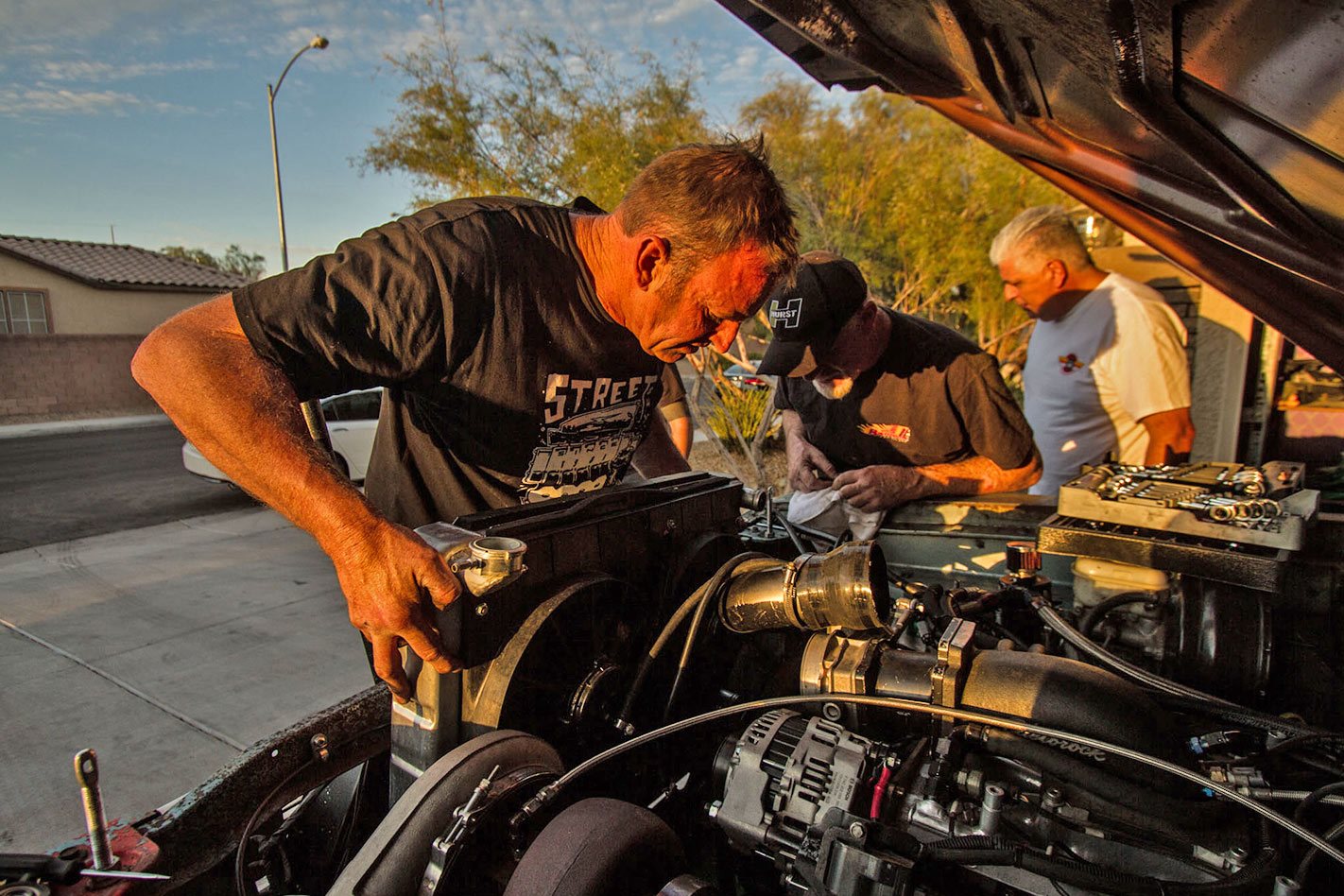 The overheating problem seems to be that the air conditioning condenser was blocking the radiator, so the guys have relocated it to the rear of the car. They’ve also found an alternator gremlin, but we’ll cover that in tomorrow’s video. Fingers crossed the lads can get it sorted so they can get on their way – with the aim of making the Labor Day Weekend Classic at Mo-Kan Dragway in Missouri on the weekend. 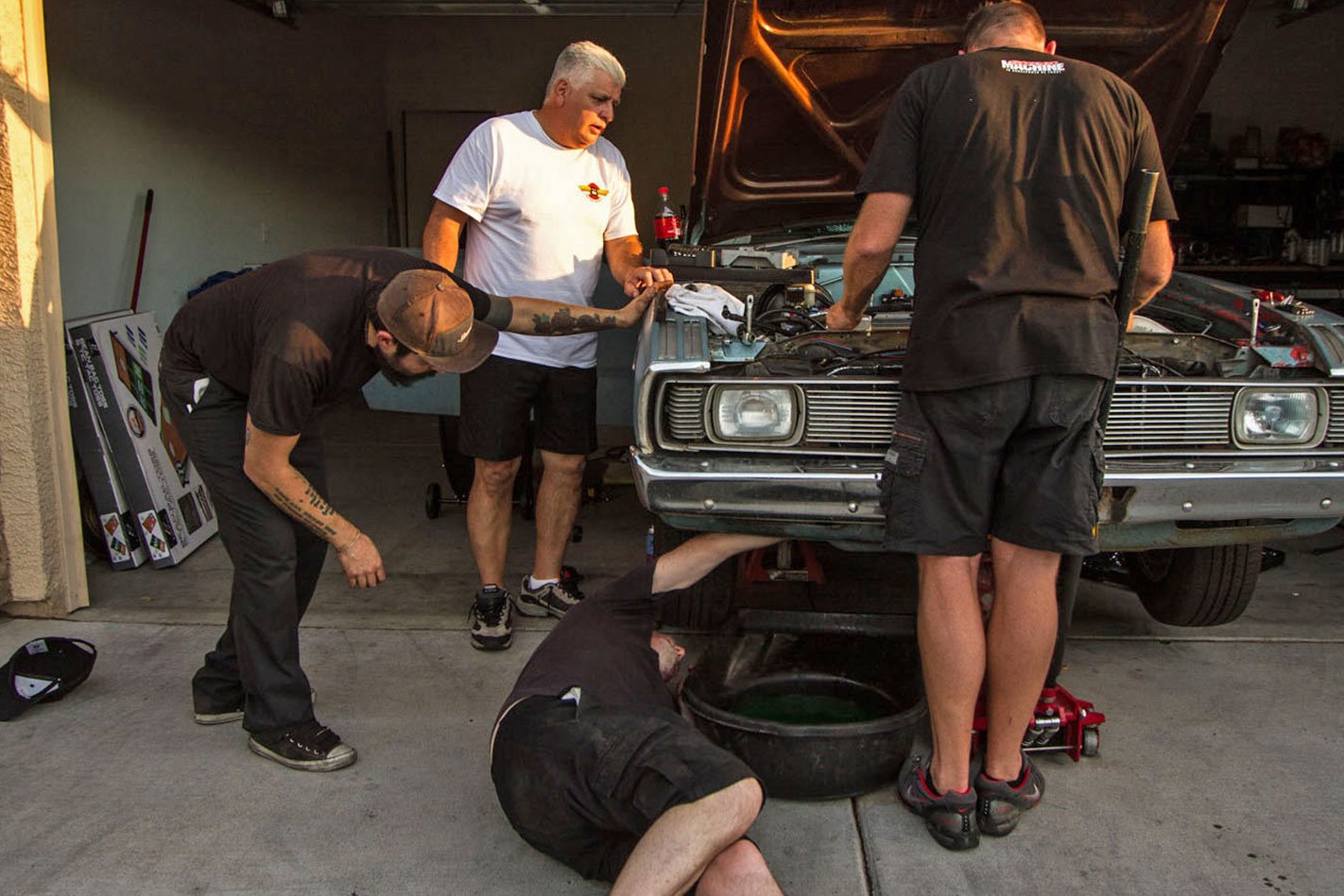