MARK Arblaster’s US road-trip from LA to Cordova – where he’ll compete in Hot Rod Drag Week – has certainly been eventful so far. Arby has been making the journey in his turbo LS1-powered VG Valiant, POR440, along with his good mate Steve Reimann. 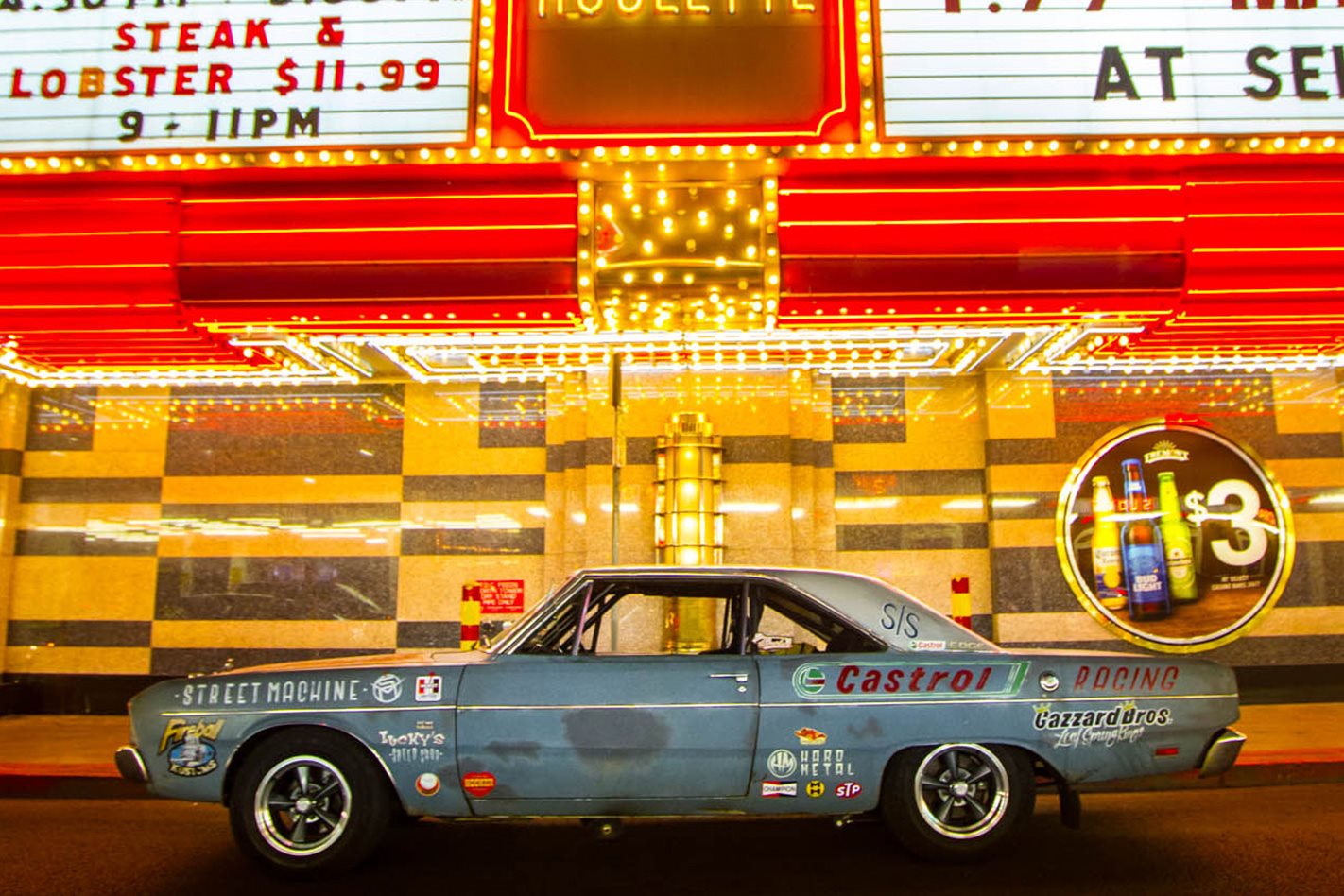 But as we reported yesterday, the searing temps in Nevada saw the car overheating, due to the air conditioning condenser blocking the radiator. 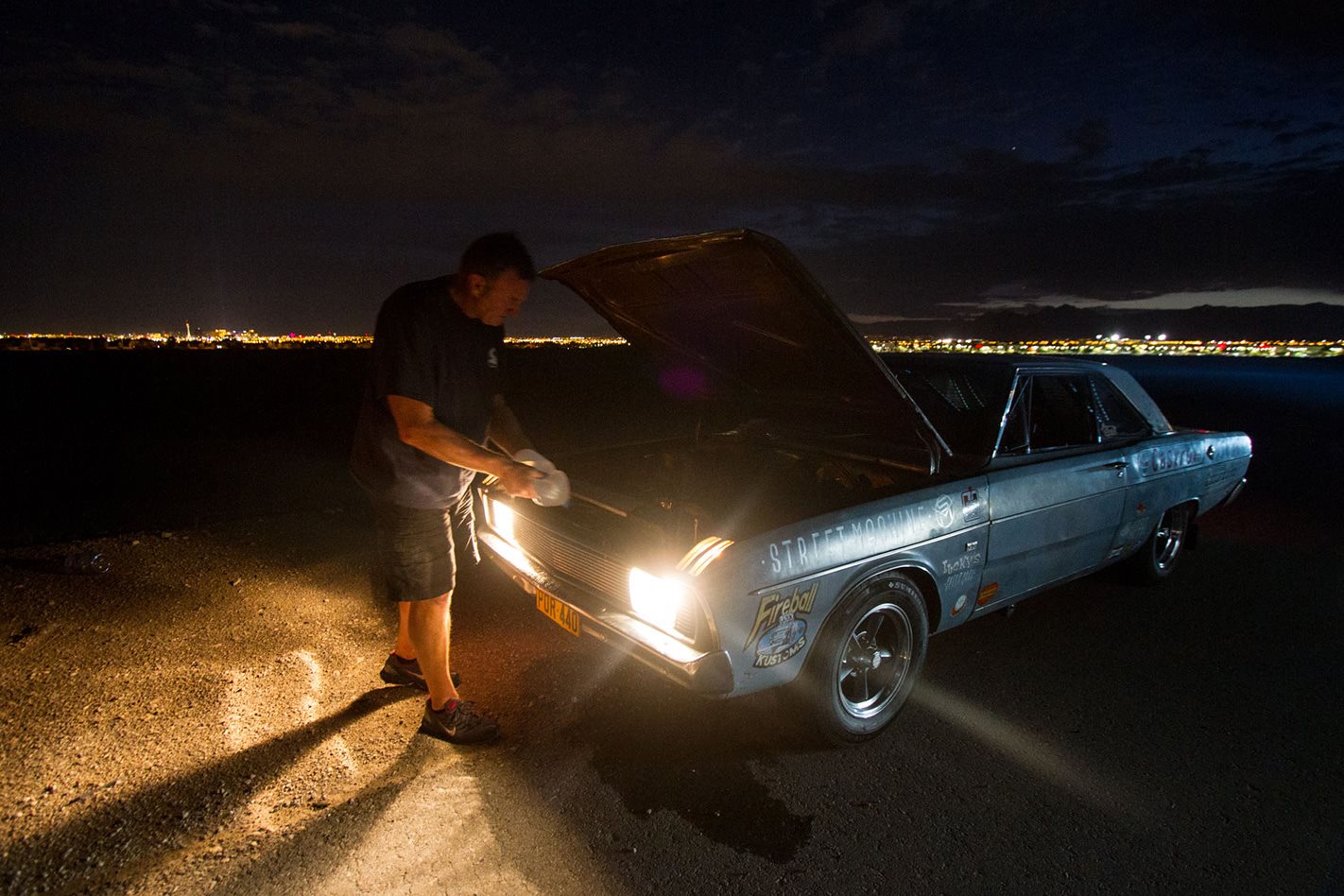 Having solved that problem by relocating the condenser to the rear of the Val, the boys then discovered an alternator gremlin. So instead of enjoying a night on the Vegas Strip like they’d planned, they were confined to the garage of local guy Chris trying to fix the issue. 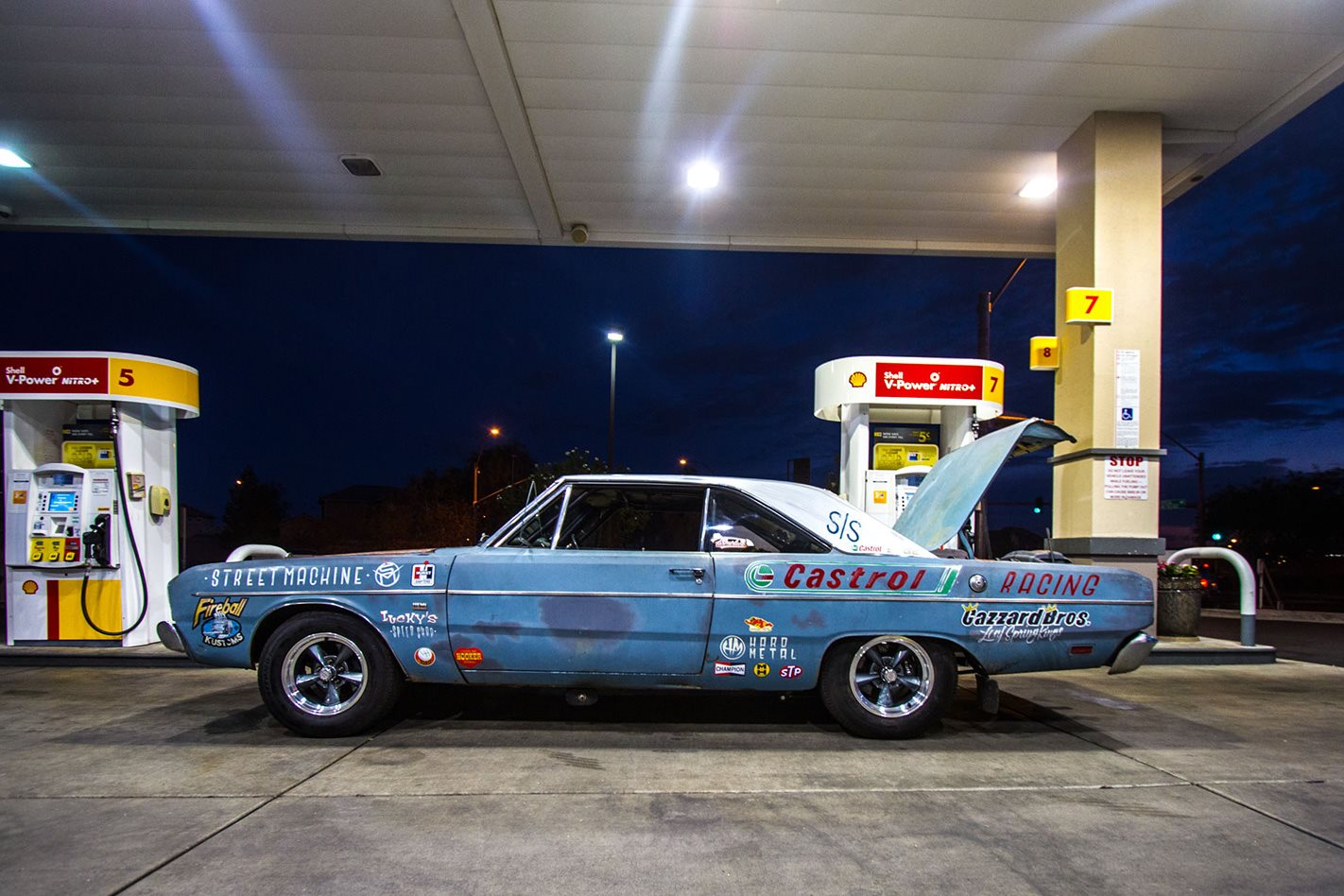 With the alternator still giving them trouble the next morning, the boys searched the length and breadth of Vegas for a replacement. The problem was that the alternator on the Australian LS1 seems to be different to those on any variety of the motor in the US. 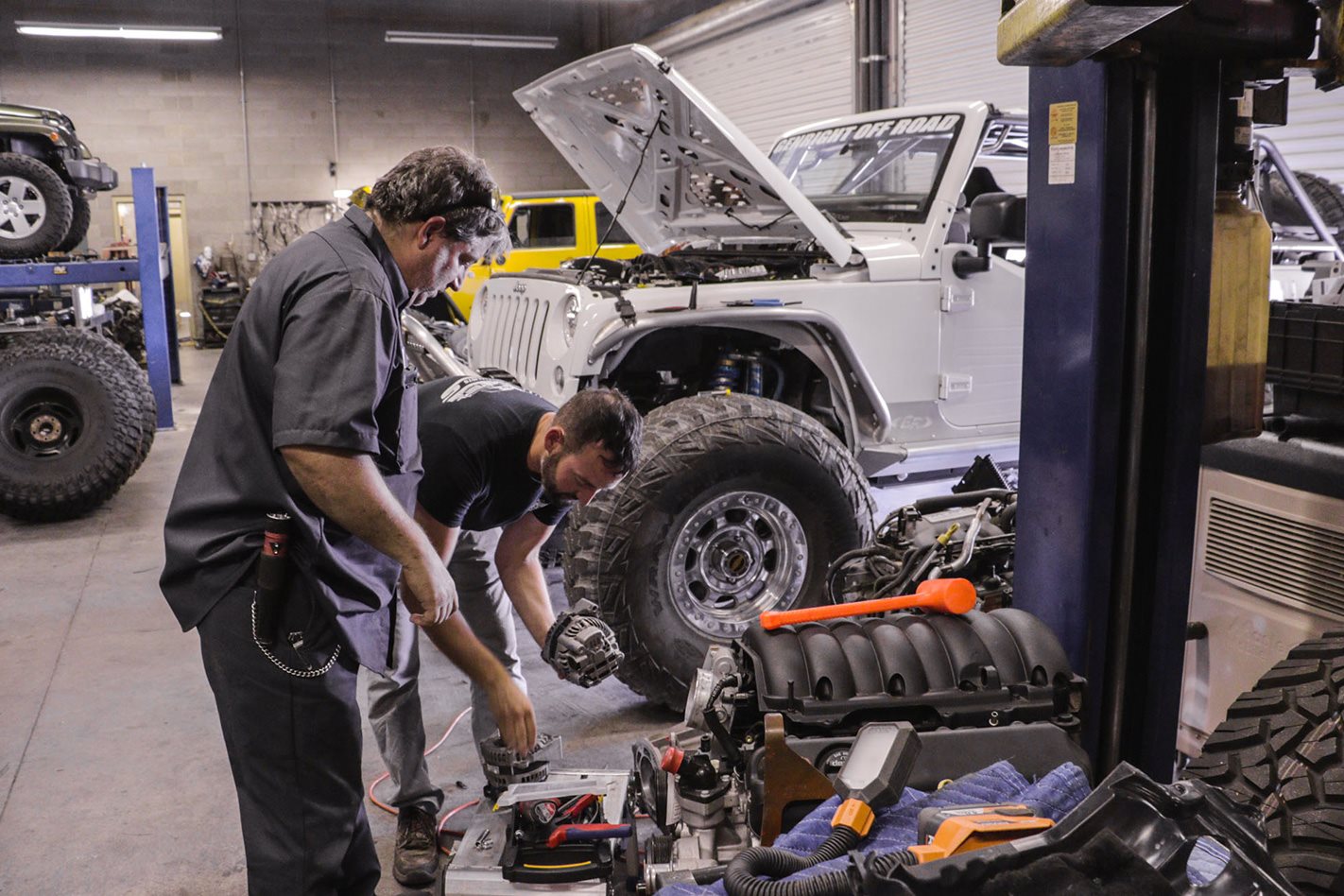 Fortunately, the boys’ new mate Chris was on the case. He knew of a workshop called MoTech, which specialises in LS-swapped Jeeps. MoTech’s Mitch found an alternator from a Cadillac that looked like it would work, while Rickie from the shop took care of some fabrication so it would fit. 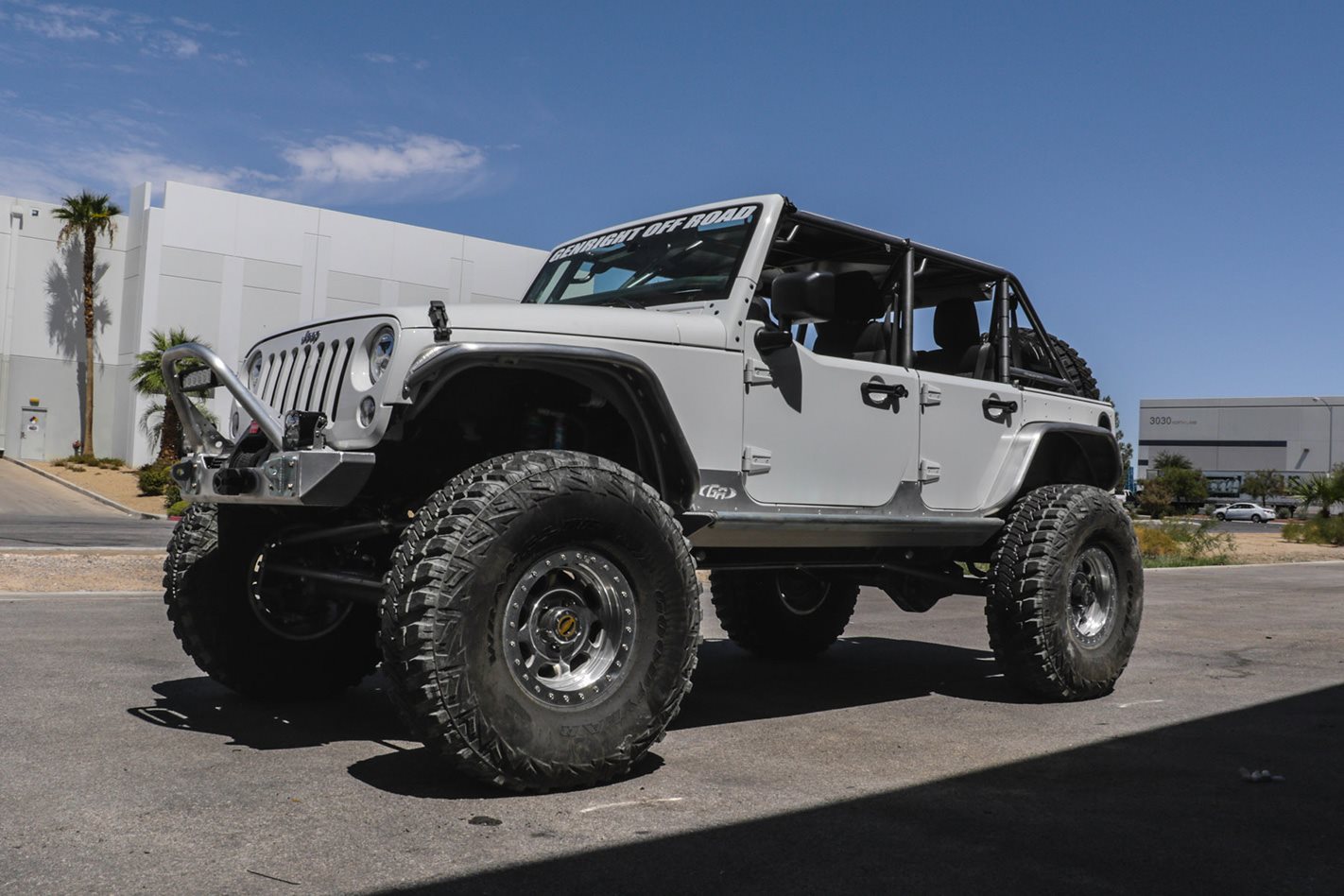 Back in Chris’s garage, the alternator required further mods before it would fit, and after all that it wouldn’t return charge to the battery. So Mitch from MoTech drove over for a look, finally isolating the problem to the battery switch in the back bumper. After bypassing this, the alternator worked as it should. 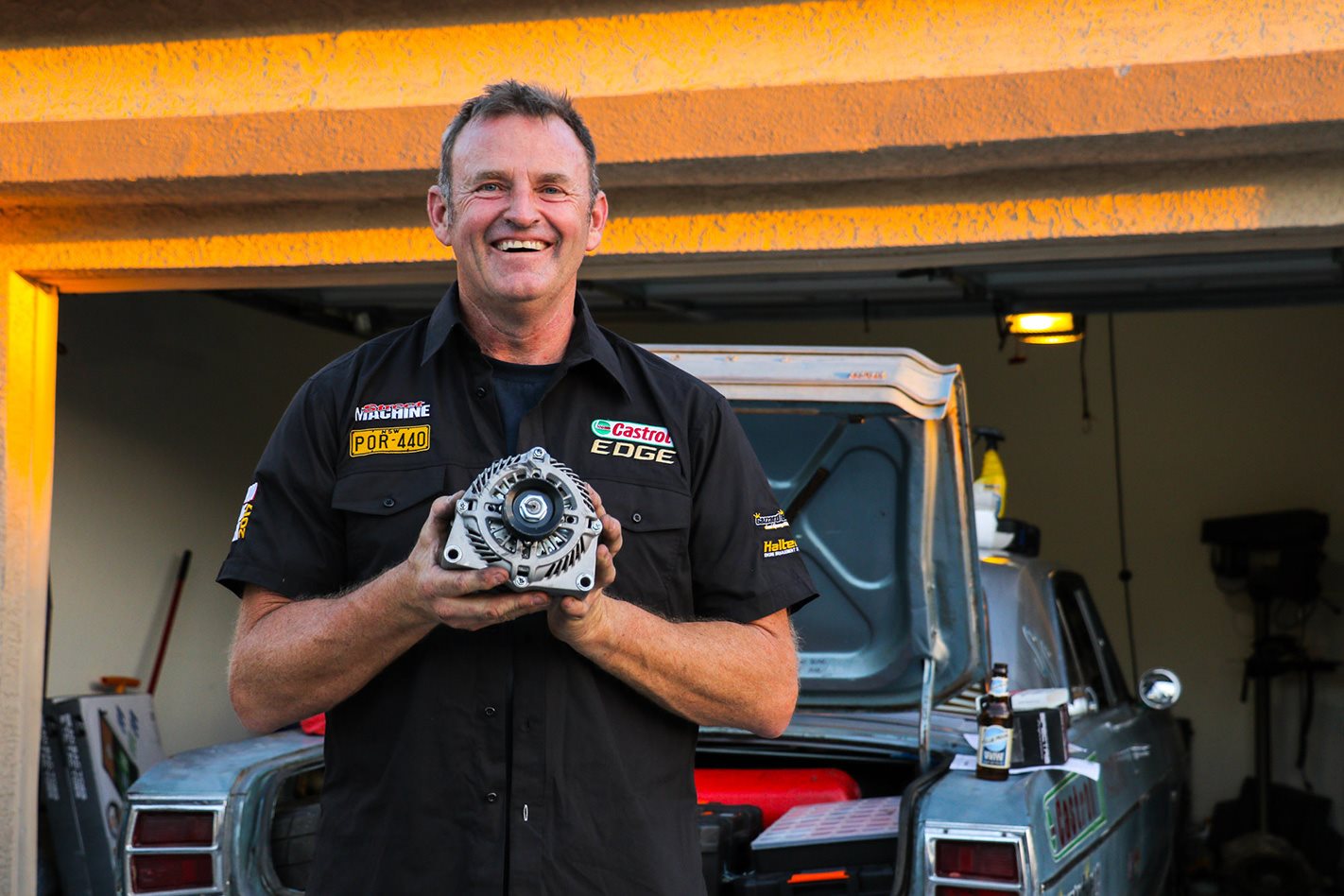 But the overheating problem has reared its head again, despite the air con condenser having been moved. Happily, it looks like it MoTech might be able to help out there as well. 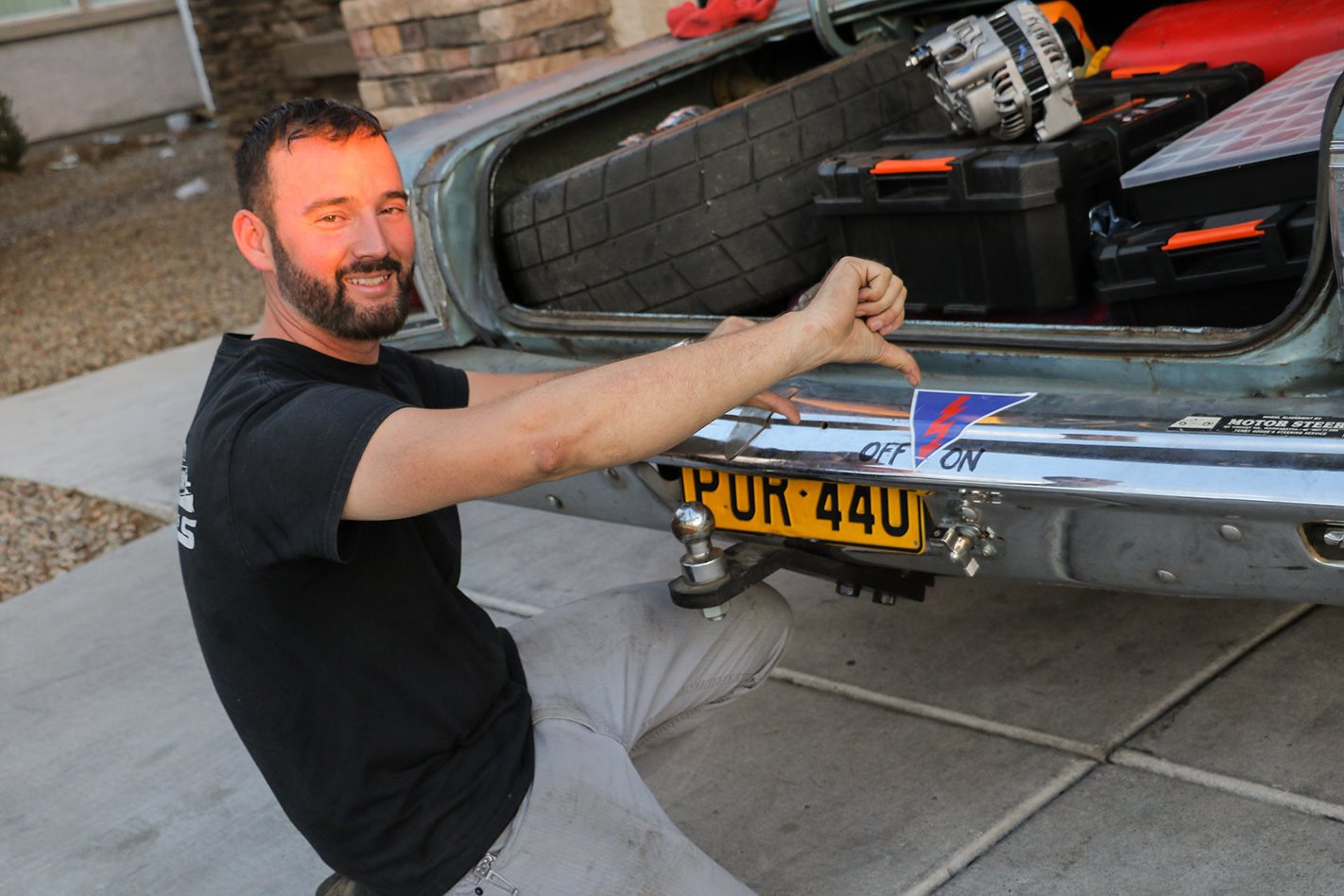 Tune in tomorrow as Arby continues his quest to reach Missouri by the weekend for the Labor Day Weekend Classic at Mo-Kan Dragway. 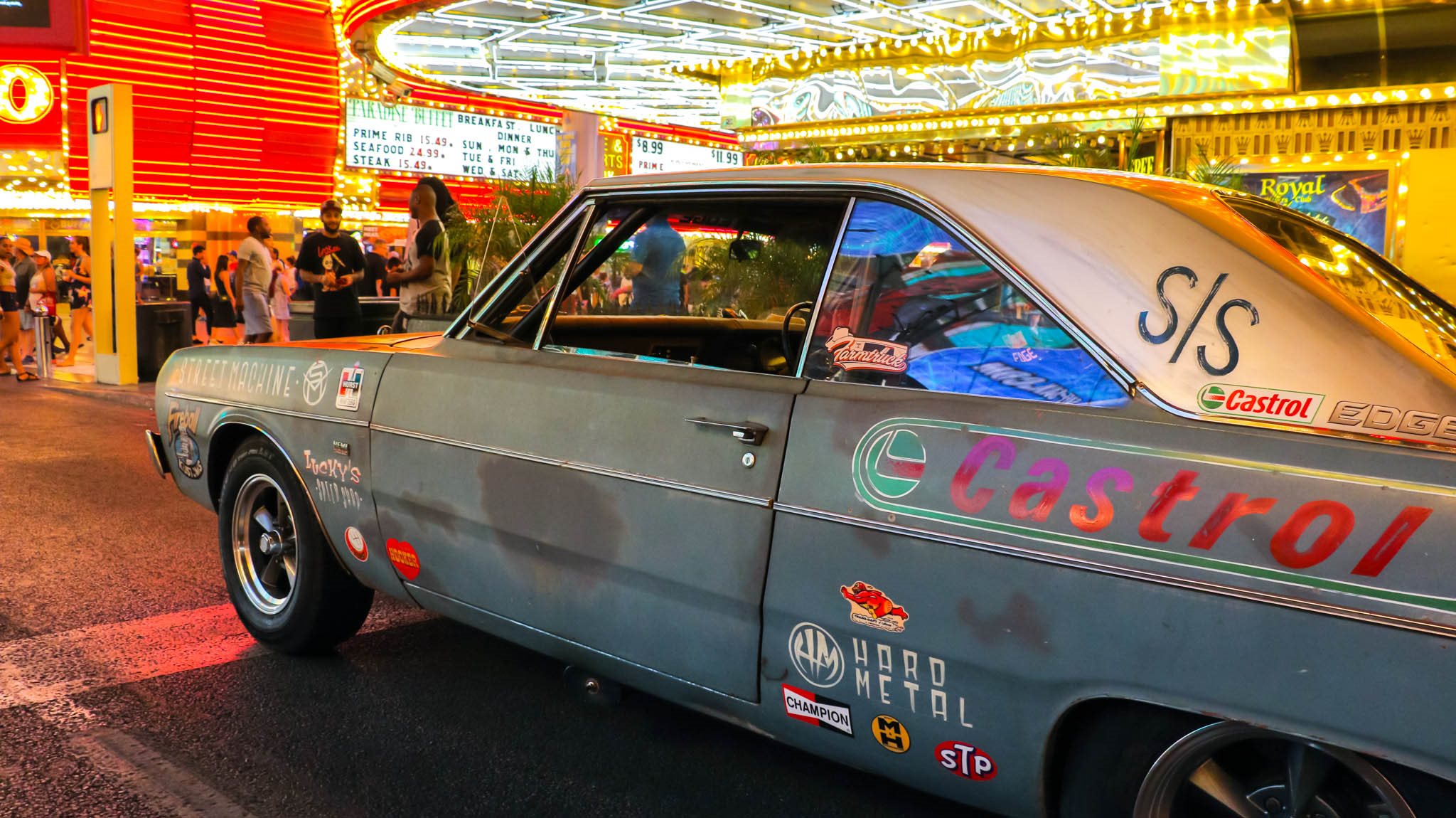