THIS 427ci fat-block started life as a GM ZZ427 crate motor, but when owner David Jones had Powerhouse Engines run it up on the engine dyno, he was somewhat disillusioned with the number it produced.

“It made 500hp, and we thought: ‘Nah!’” David laughs. “The car was coming together really well, and 500hp wasn’t going to cut it, so John [Pilla of Powerhouse Engines] came up with a combo that he thought would make around the 700hp mark on pump gas.” 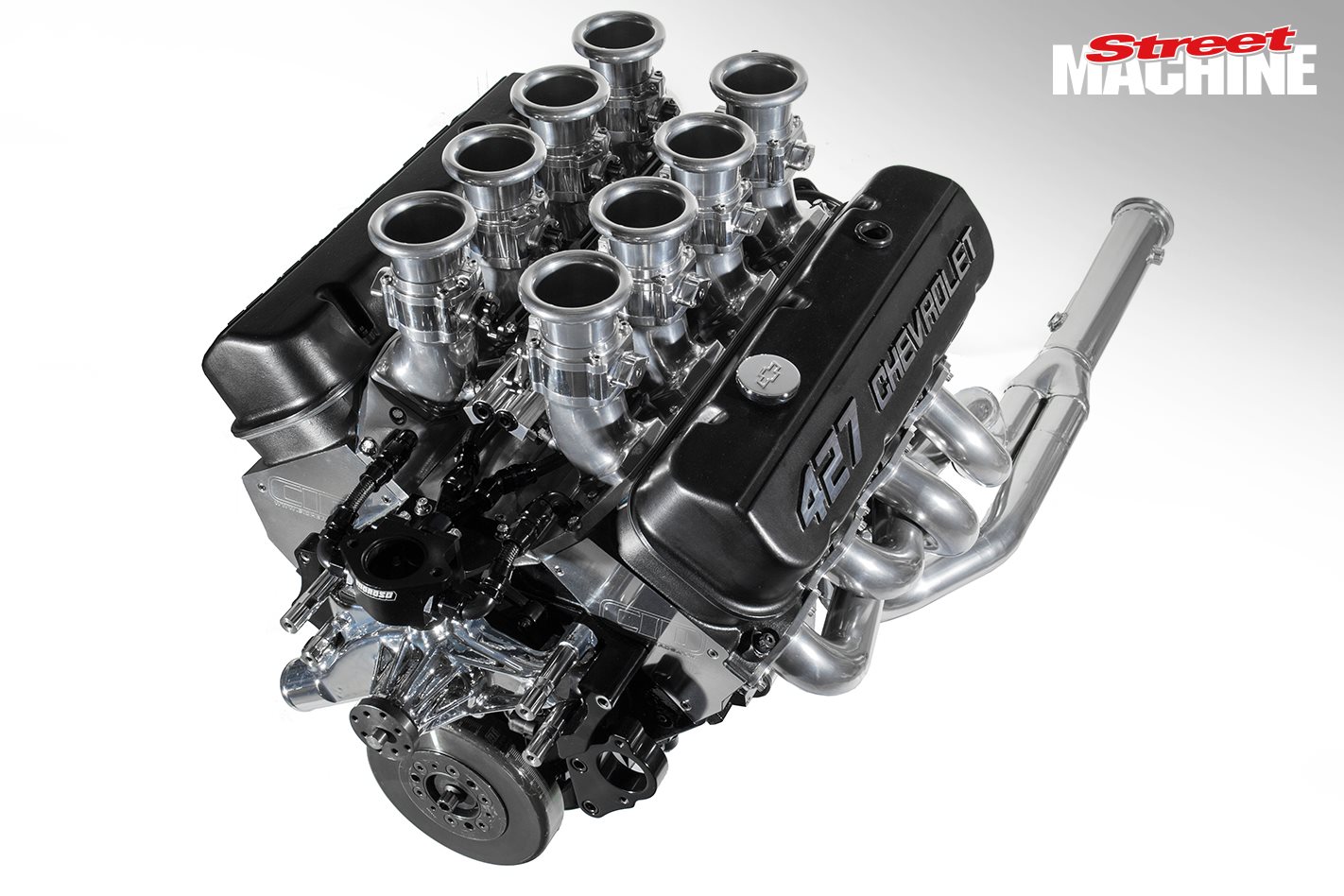 Retaining the GM four-bolt block, crank, balancer and rocker covers, Johnny binned everything else in the hunt for grunt. In went a set of Callies Compstar rods and custom Diamond pistons, with compression bumped to 12:1. The camshaft is a Cam Motion tight-lash solid-roller, offering .750in of valve lift and 260° duration at .050in. The valvetrain is decked out with quality bits, including Morel Black Mamba lifters, Jet Engineering pushrods, T&D shaft-mount rockers and REV valves.

The highlight though is the eight-throttle EFI intake manifold – a custom, one-off piece made by Steve Day in Melbourne. “A mate of mine had the same throttlebodies on an ex-NASCAR Dodge engine, and I asked Steve if he could make me a manifold using them for a big-block Chev. He told me it wasn’t possible due to the siamese intake port arrangement on a conventional Chev head,” David explains. 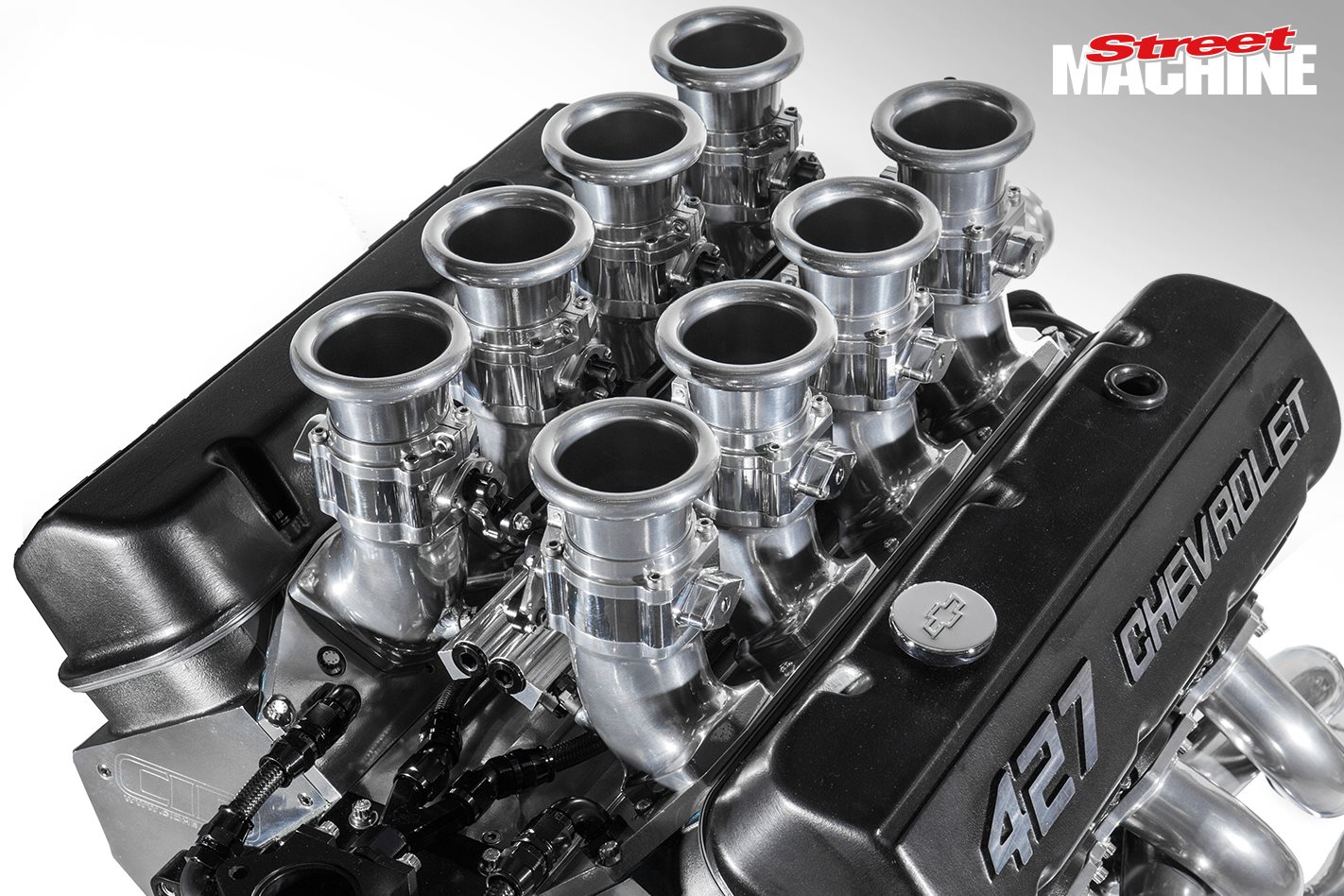 “Then I saw these new CDI heads with symmetrical intake ports, and asked Steven if that would solve the problem. He told me he could do it, so CID loaned me a set of dummy heads and Steve machined up the plates for the runners, valley plates and linkages. EFI Hardware did the fuel rails and injectors, and it’s controlled by a Haltech Elite 2500 ECU.”

Timing covers might seem like a fairly ‘nothing’ part, but not all of them are created equal. The Haltech ECU on Dave’s motor requires signals from crank and cam sensors in order to run the sequential fuel injection and distributor-less, multi-coil ignition system. 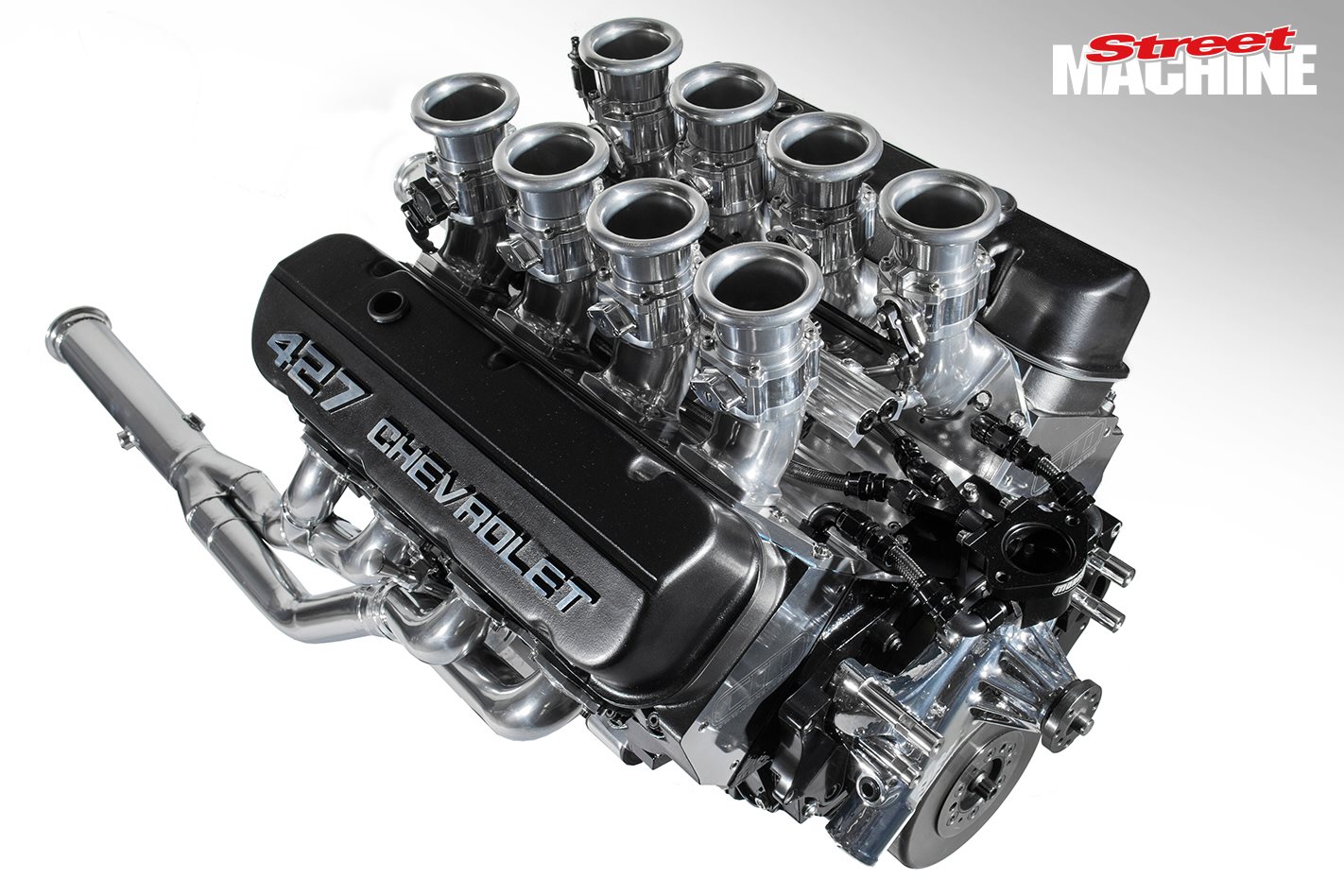 “Later-model big-block Chevs had sequential injection and they had cam and crank sensors in the timing cover, but the camshaft is in a different spot on an earlier-style engine like this,” David explains. “EFI Connection in the States has re-cast the later-style timing covers to suit older blocks and accommodate the sensors, and Rollmaster do a specific timing chain to suit.”

Not only does it look absolutely stunning and sound amazing, but the intake set-up is very functional, allowing the fairly aggressively cammed big-block to display impressive street manners in the freshly built ’68 Camaro it has recently been fitted to. 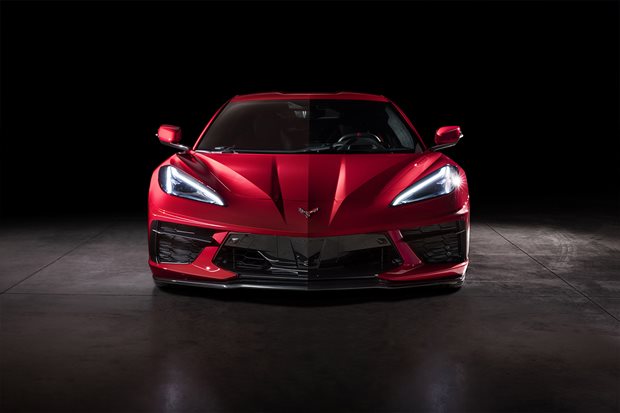 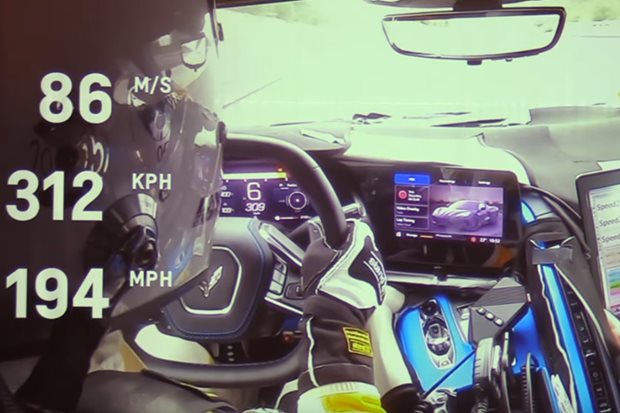 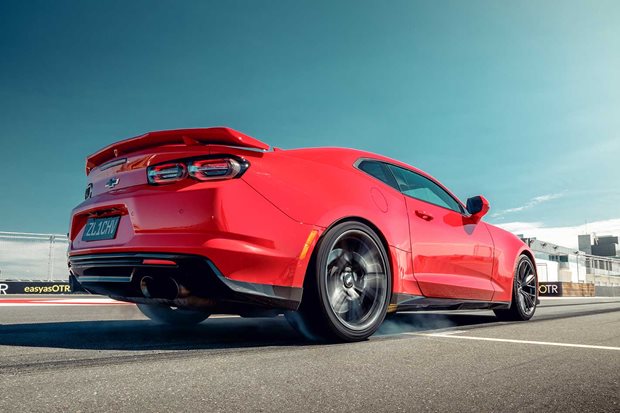