IF it was easy to build a top street machine, says Owen Webb, everyone would do it. To see what he means, you only have to look at Owen’s own Pro-Street XY Falcon. It was one of the Top 10 cars at Summernats ['88] and won Best Undercarriage and Drivetrain; a top car, no risk. But getting there wasn’t easy. Don’t get the wrong idea – easy-going Owen didn’t set out to make it difficult. But if you want to do it right you have to do everything right. That’s how this nice, simple, six-month five-grand project got to take 16 months and cost $17,000. It’s also how it became a top-notch car. 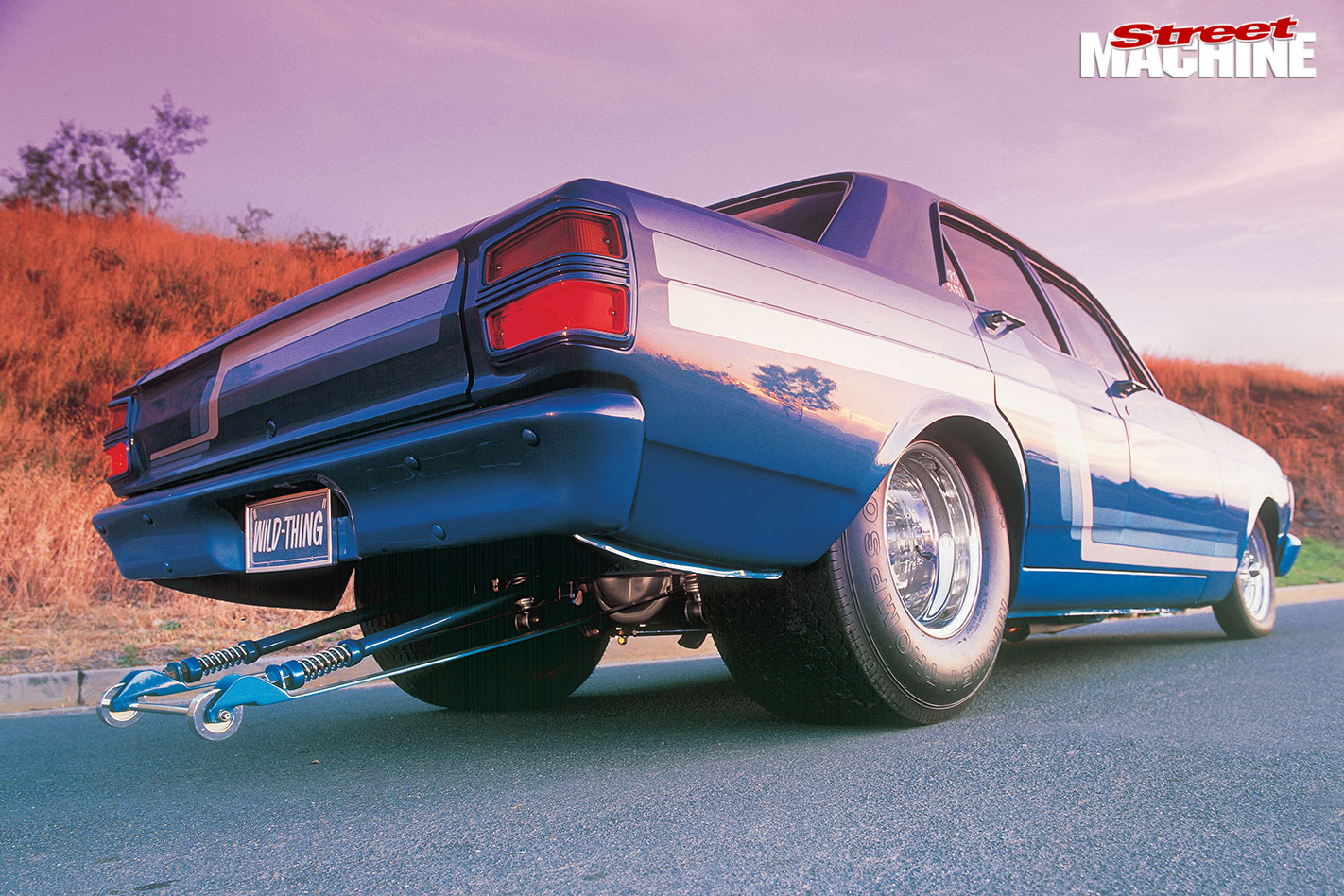 It could have cost even more and taken even longer, but Owen Webb knows what he wants and how to get it. He’s been in the paint and panels business more than half his life, winning his first show trophy in 1976. He runs Pro Finish in Moss Vale, south-west of Sydney, and Webby’s just about lost count of the number of outstanding car’s he’s built for customers. But strangely enough, this XY is only the fourth car he’s built for himself. “The XY is the first full-on car I’ve built for my own use,” he says. “What I wanted was a proper Pro-Streeter, a car that was still recognisable as an XY but built like a racecar everywhere else.”

Owen doesn’t reckon he’s a Ford freak – “I like any nice car” – but he did happen to have a fair stock of Falcon spares on hand. And a few XW and XY road cars. He chose to build an XY purely because that model took his fancy. He found the example he was after in Melbourne, being built as a drag car. It had a full chassis and 22-inch tubs for the rear tyres already in place. 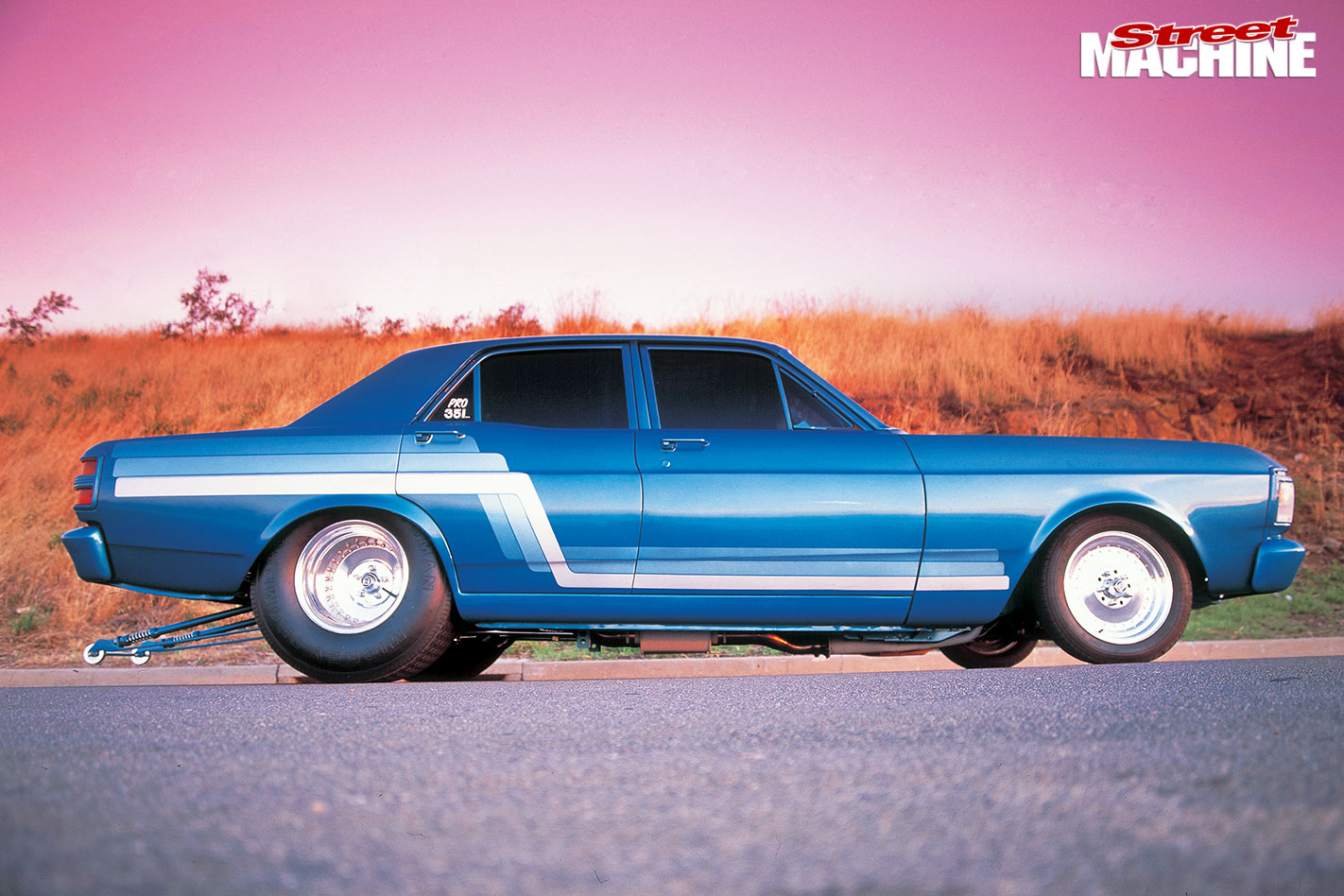 Once unloaded in Moss Vale, the complete unit was sandblasted and every seam MIG-welded, ground down, filled and sanded. Not easy work. When the engine bay was finished, Owen realised he’d put a good 40 hours’ work into it. But he realised it looked even better than expected. Now all he had to do was build the rest of the car to the same standard. You think the XY’s engine bay is outstanding? You should check the rest of the underside – and the boot. Not to mention little places most people forget – such as door jambs. The detailing of the engine itself is just as good. Lyn Cotterall was just one of several people who put a lot of work into the car, polishing many of the alloy engine castings and brackets. Webby himself detailed the basic engine castings, starting with a grinder, then going to files and finally to emery paper – eight hours’ hard work. 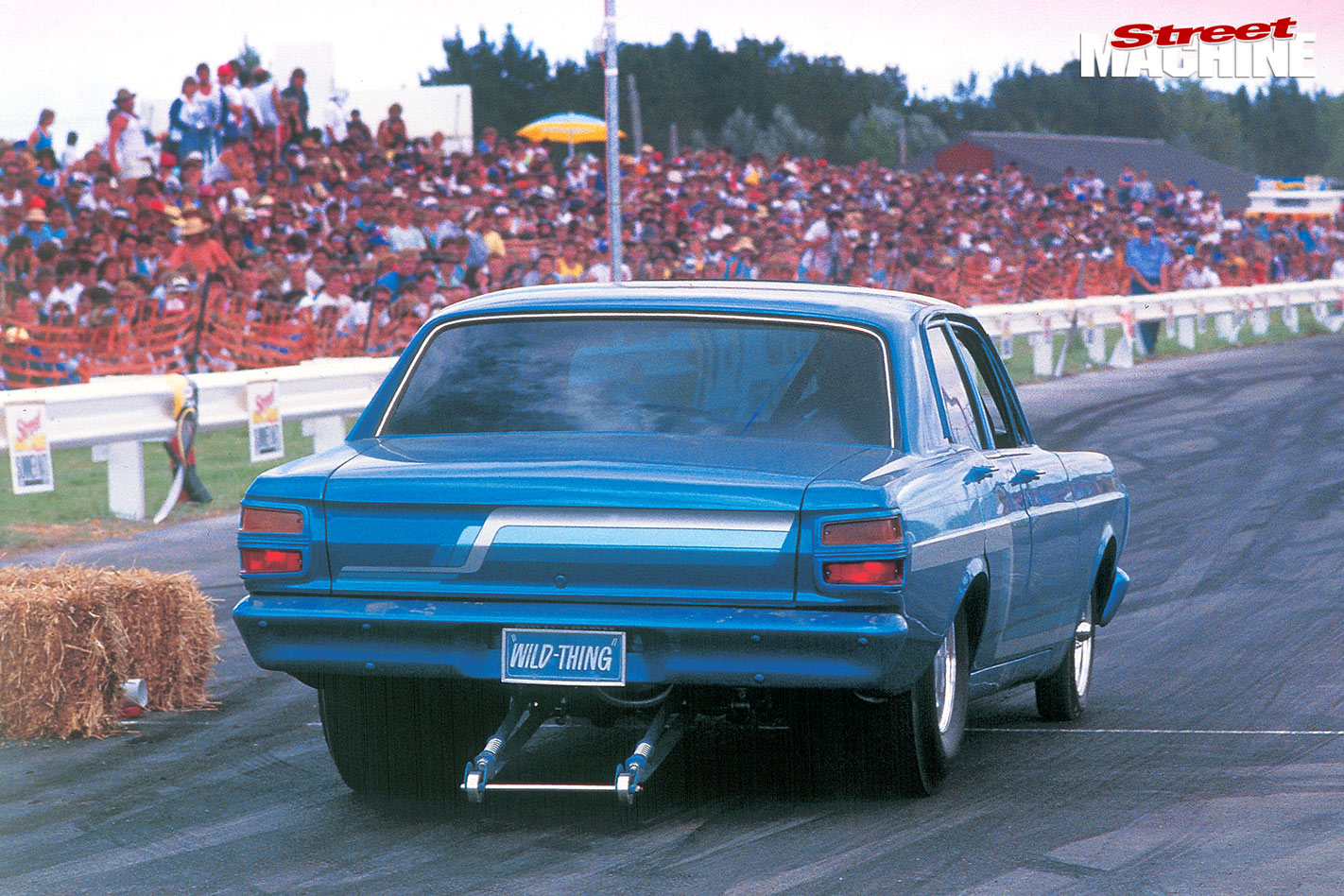 Like so many from the Moss Vale/Bowral area, the engine went to Russell Jones in Parramatta for a careful rebuild. The 351 Cleveland, originally lifted from an XA GT, was given Speed Pro 12:1 pistons, chrome-moly rings and a dual-point Mallory ignition system. A lot of attention was paid to breathing, the Cleveland now running an 800cfm Holley double-pumper on an Edelbrock Torker manifold. A 42-86 cam, solid lifters, GTHO pushrods, double valve springs and Yella Terra roller rockers are also part of the uprated intake package. The heads, reworked by Joe and Ben Gatt at Superflo in Hoxton Park, are topped off by Weiand rocker covers. Burnt gas escapes via Genie headers. The legendary Bert Jones ground the camshaft using the biggest solid-lifter cam that still allowed reasonable valve-train life. Owen reckons it’s incidental it also happens to sound nice and lumpy as well! The driveline starts with a C4 Ford automatic, modified by Joe Pace in Mittagong to run a 2800rpm stall torque converter. Changes are made via a B&M Starshifter. Rear axle – no surprise – is a Ford nine-inch that’s been narrowed nearly 20 inches. 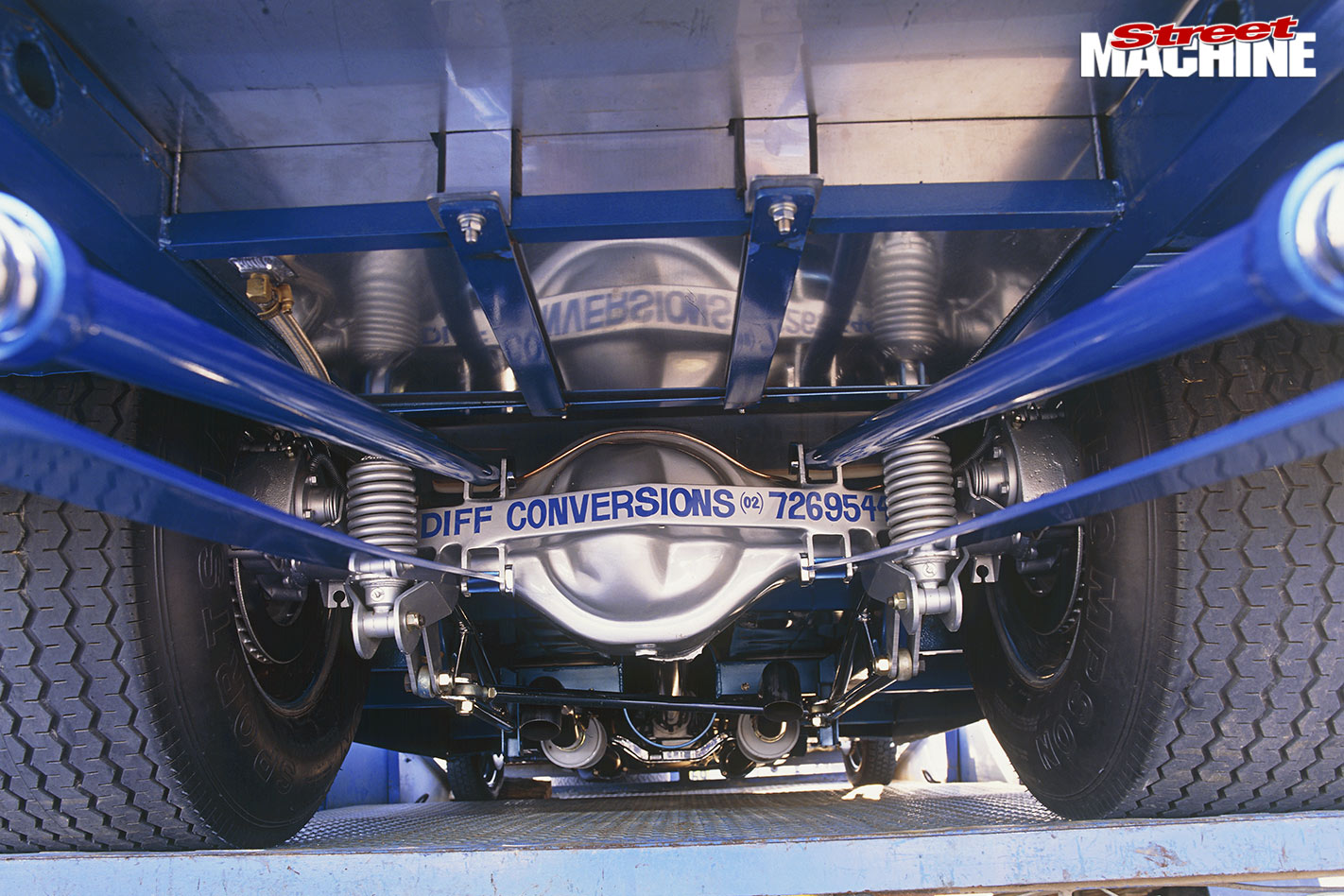 Actually, the whole package is a tribute to the skills of Chris Soulos at Diff Conversions. Owen handed him nothing more than an empty axle housing. Chris returned a diff that had been narrowed to 44 inches between the flanges and fitted with XE disc brakes, 31-spline axles, 4.11 gears and renewed bearings and seals. Rear rubber is humungous Mickey Thompson trick four-ply – and road legal! Front tyres are skinny Michelins. Wheels, polished both sides by Lyn Cotterall, are 15-inch CenterLines with 3½-inch rims on the front and 14s on the rear. Front shocks are Monroe GT130s, rears coil-over Spax. Why coil-overs? This is a pretty special rear end, using ladder bars and a panhard rod. It’s also a pretty special undercarriage. Everything in it is new, painted in two-pack silver before assembly. 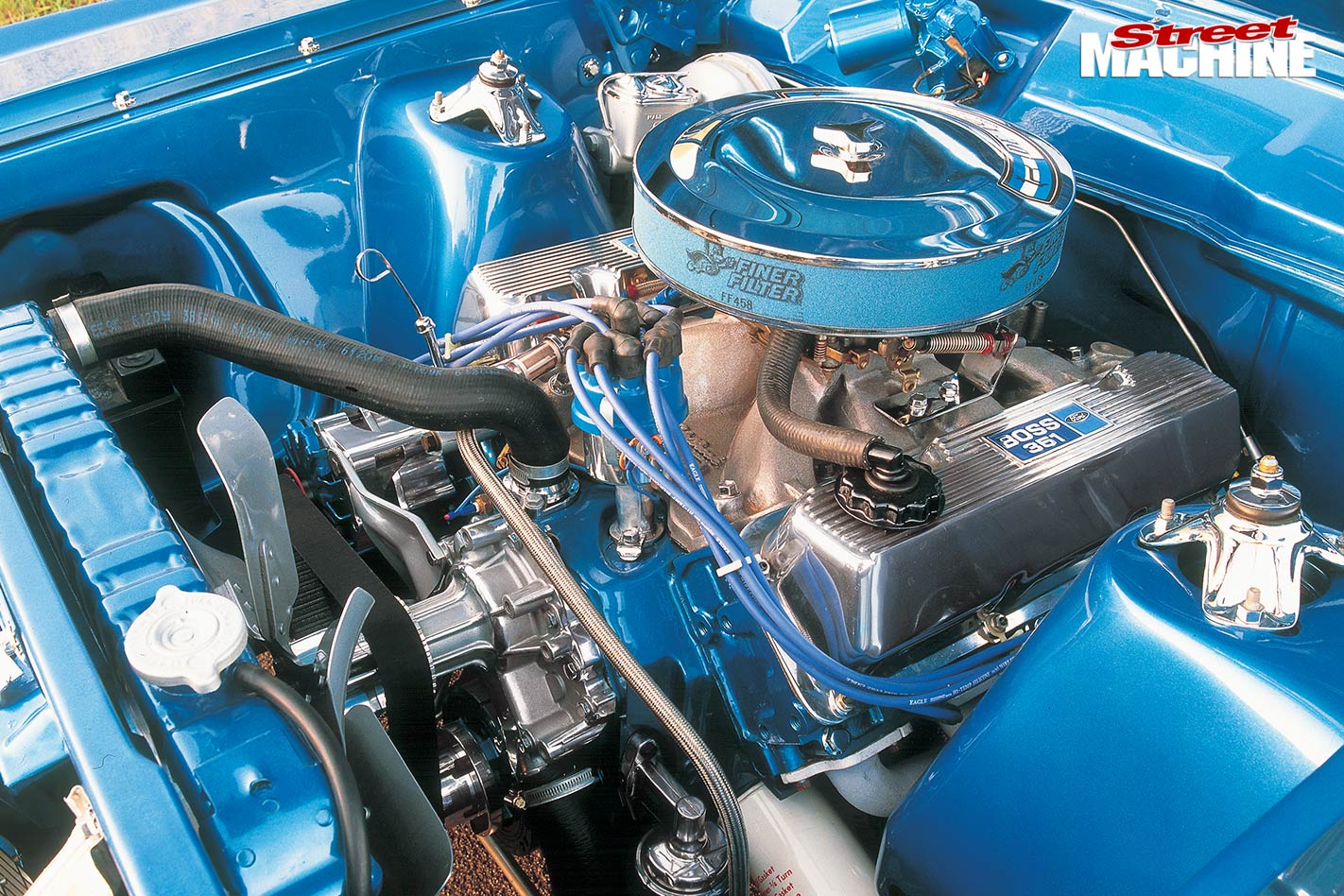 Panel paint is Dulux Autocolor, with a base coat covered by a deep clear coat. The colour started out as Dulux Electric Blue, but this one has a few special Owen Webb tricks mixed in. He’s not a master tradesman for nothing.

Behind the tinted glass, the black and blue velour interior is by Vollo’s Prestige Trim in Moss Vale. There’s a neat silver velour lightning bolt stitched into each seat back and the motif is repeated in the velour headlining. The seats, by the way, are ex-racing buckets. Warringah Aluminium made the stainless door trims, as well as the aluminium fuel tank. 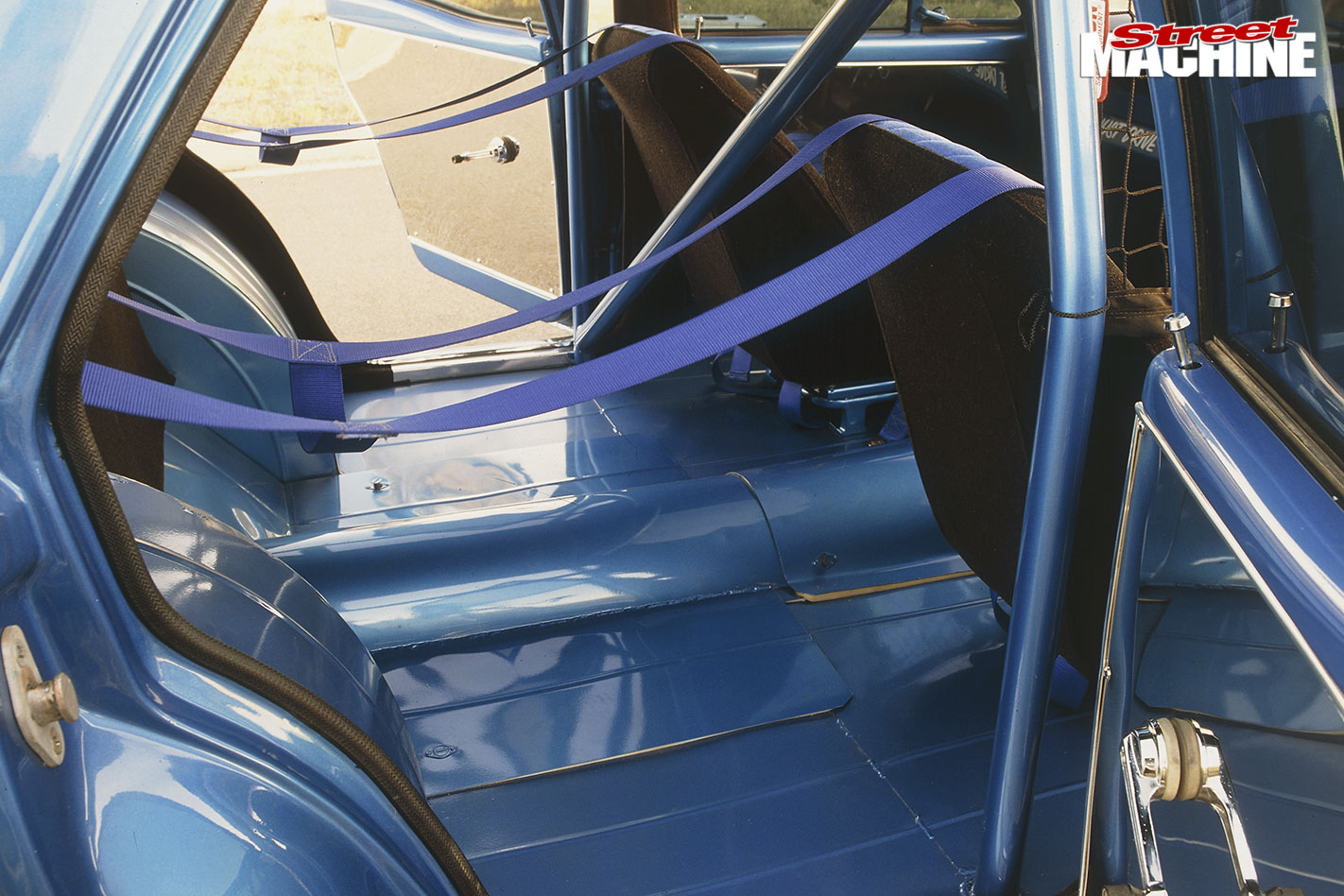 But no car is purely a one-man effort. Owen pays special acknowledgement not only to Lyn Cotterall but to workmate Marc McGlynn, Monaro driver Brian Willis (who built the wheelie bars) and Michael Willis, a superkeen schoolboy who got all the dirty jobs and kept coming back for more. High Performance World were a huge help as well as Allan Reekie who contributed numerous bits and pieces. 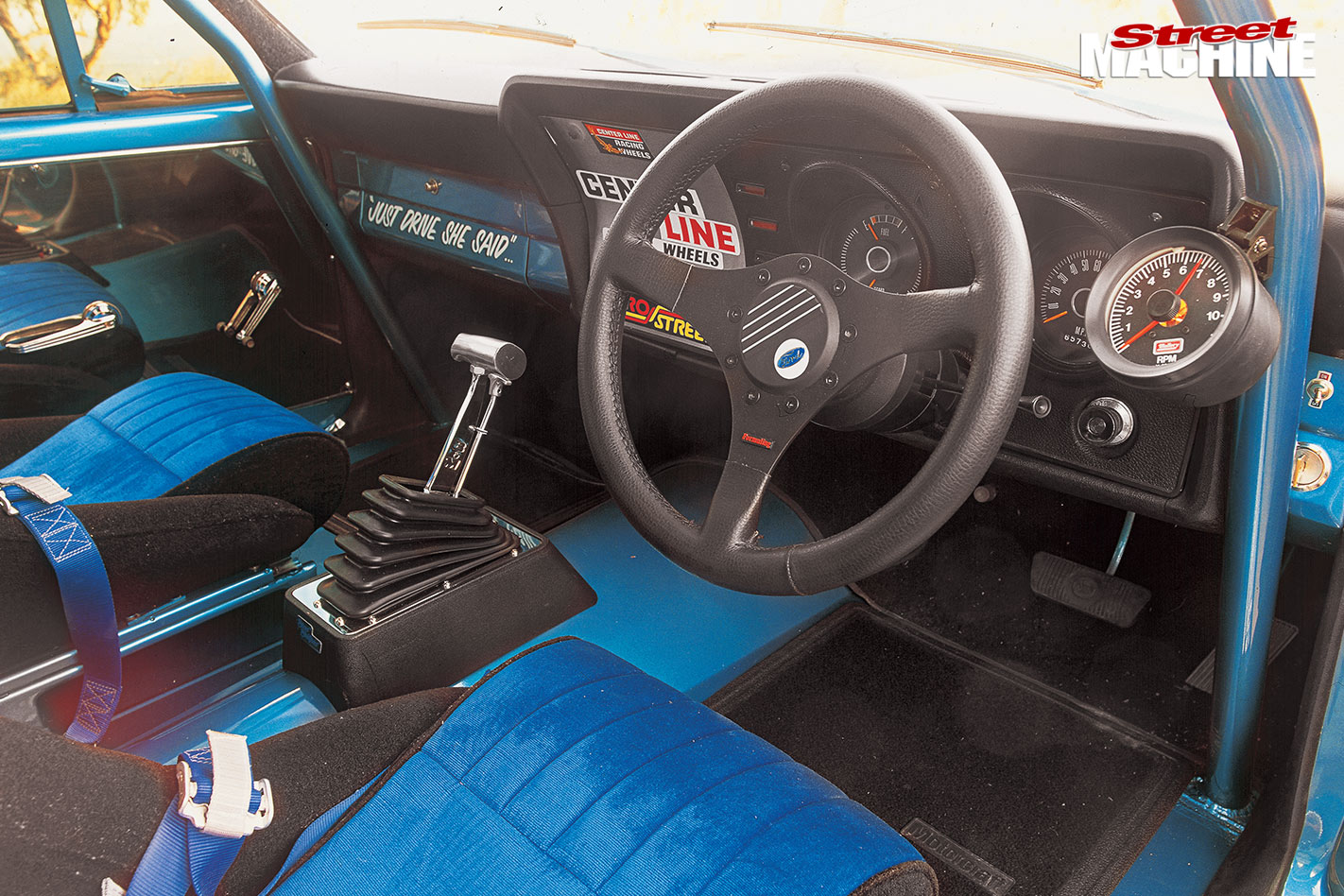 The concealed wiring was the work of Mark Roberts, who brought the loom in via the right-hand skirt, under the booster and the guard and up beneath the battery. Wiring to the front lights runs behind the bumper. It took a lot of weekends but the result is a clean engine bay. “It worked the first time we turned the key, too,” says the proud owner. He almost makes it sound easy. Even if we know it’s not. 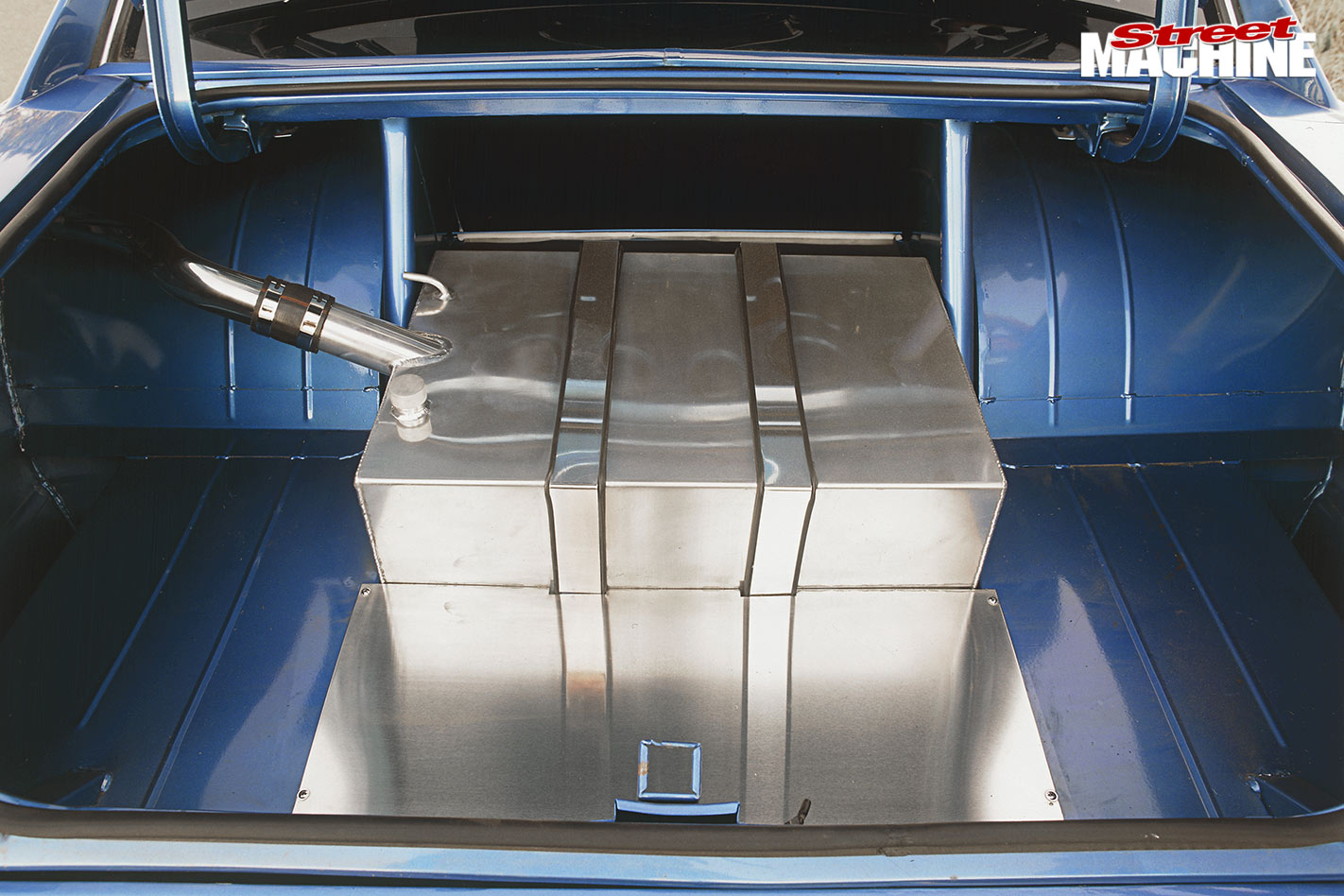