MATT Hourigan wanted a stout small-block Ford for his ’71 Mercury Comet street car, and the 347ci Windsor he’s ended up with shouldn’t disappoint. The ProCharged little-block was built by Tim Gruber of Queanbeyan Engine Service and finished off at Phil Kerjean’s Fuelworx in Wollongong, and it sports plenty of good gear. 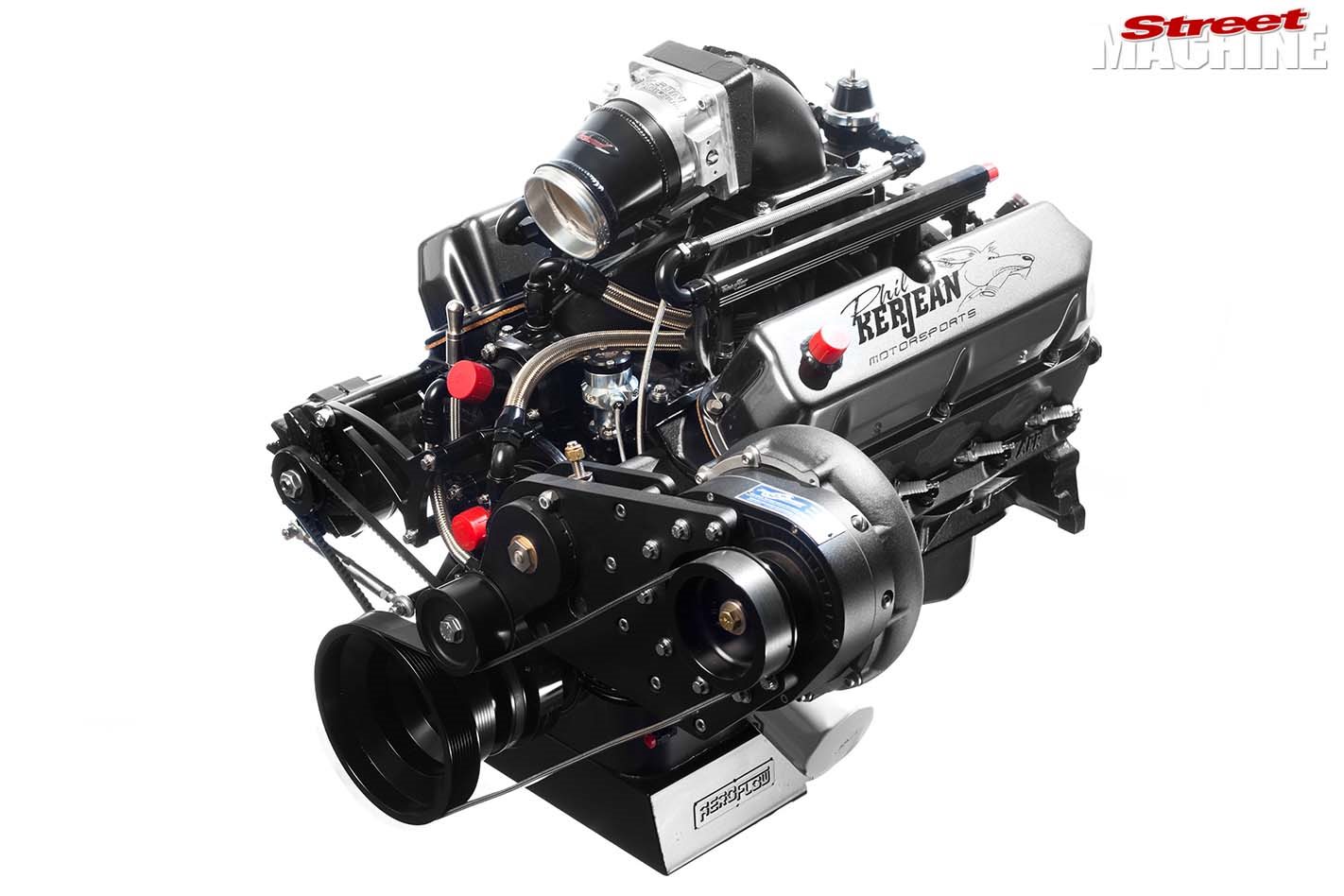 The Dart Sportsman Windsor-pattern block swings 347 cubes using an Eagle 4340 crank, CP pistons and Eagle H-beam rods with 2000-grade bolts, while a Crow hydraulic-roller boogie-stick and Morel tie-bar lifters round out the short motor combo. It has been specced out at a pump unleaded-friendly 9.2:1 comp, which should leave plenty of pop straight off the throttle. 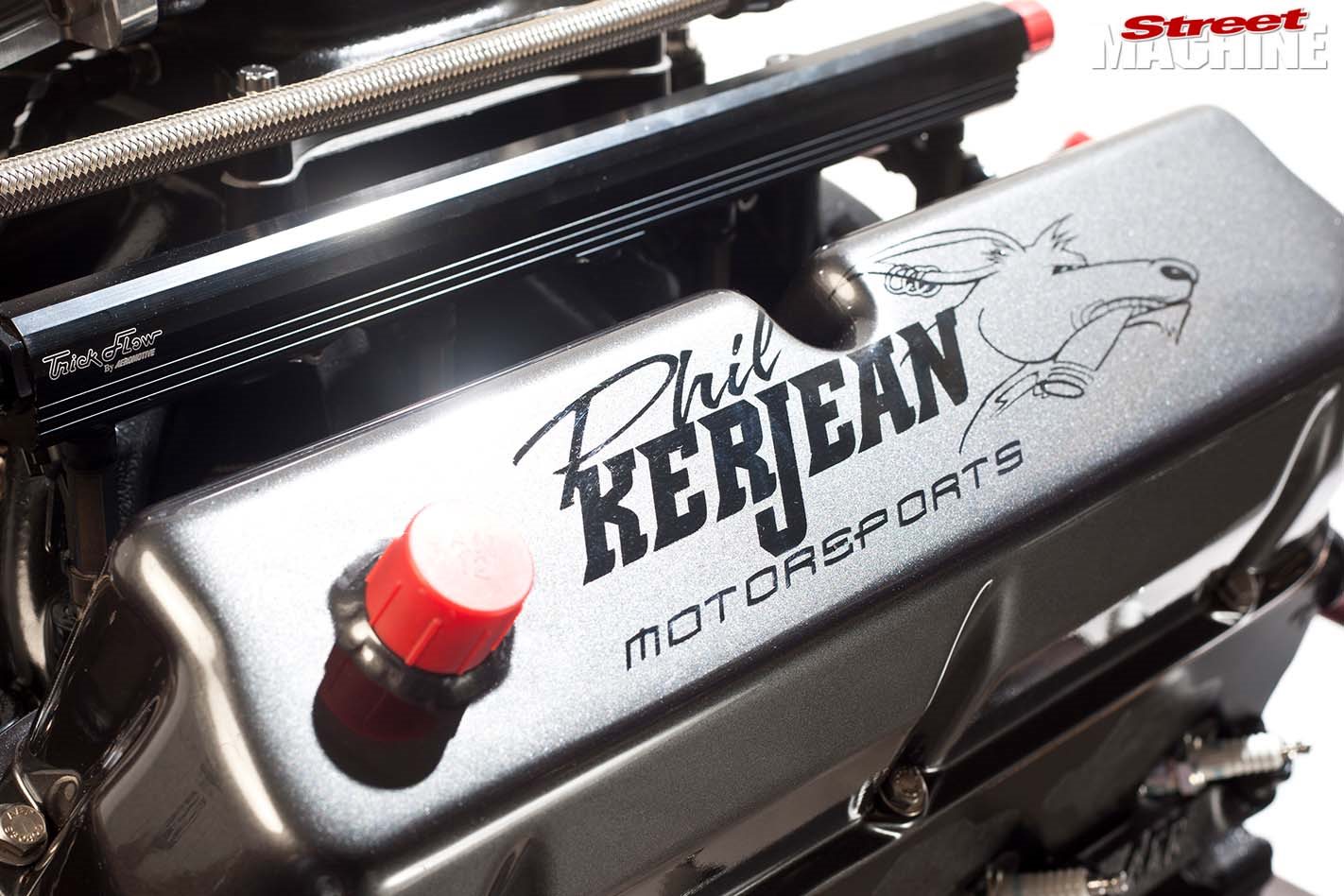 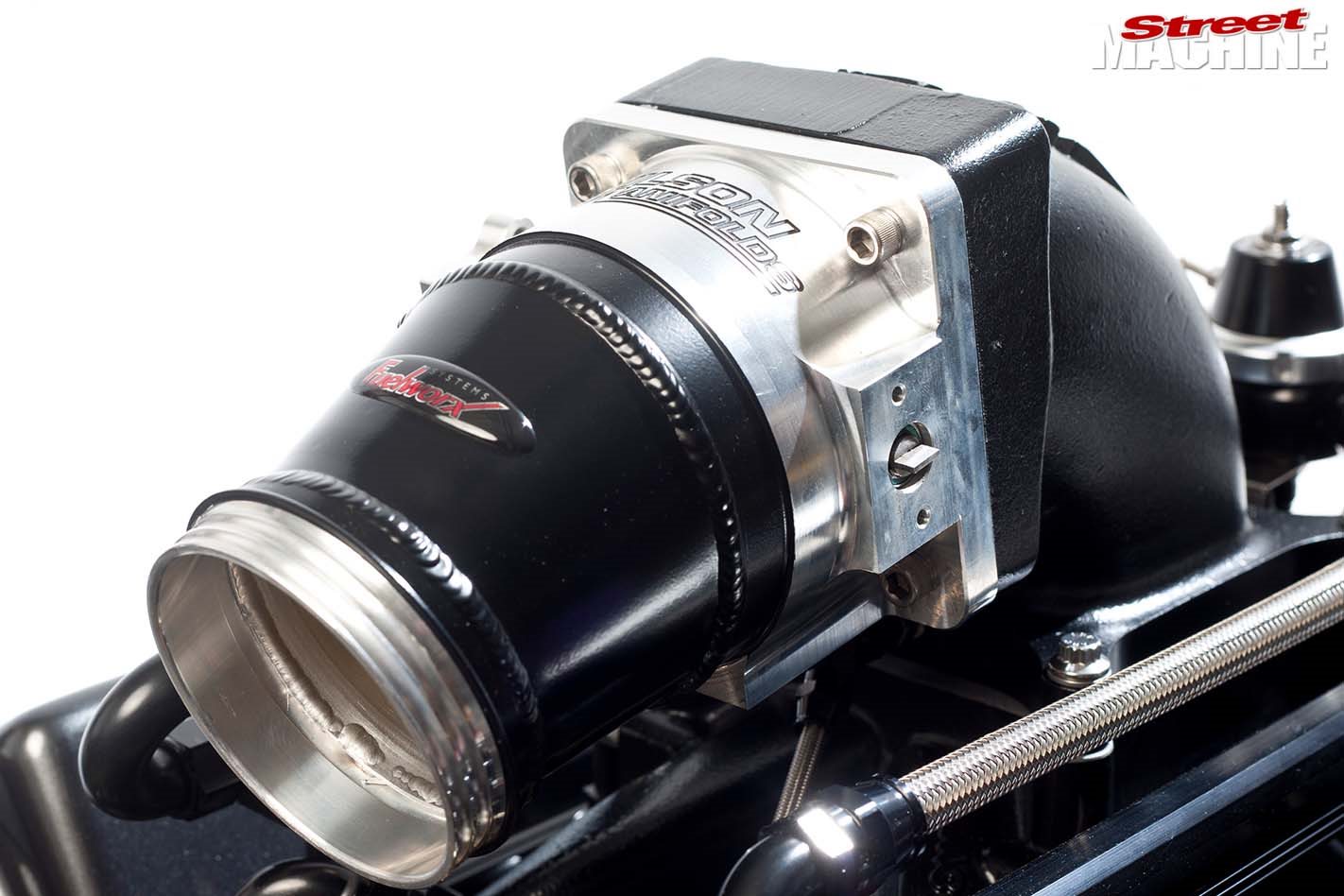 “It should be a low-maintenance combo for Matt,” says Tim. “We probably do more street engines, and we probably see more Fords, as everyone knows me more as a Ford guy.”

The ’71 Mercury Comet is a small, light sub-compact model that is the sister car to the 1970 Ford Maverick, which itself was based off the 60s US-model Falcon. So the healthy stroker Windsor would have been plenty in aspirated form, let alone once Matt had the party-starter hung off the left-hand bank. 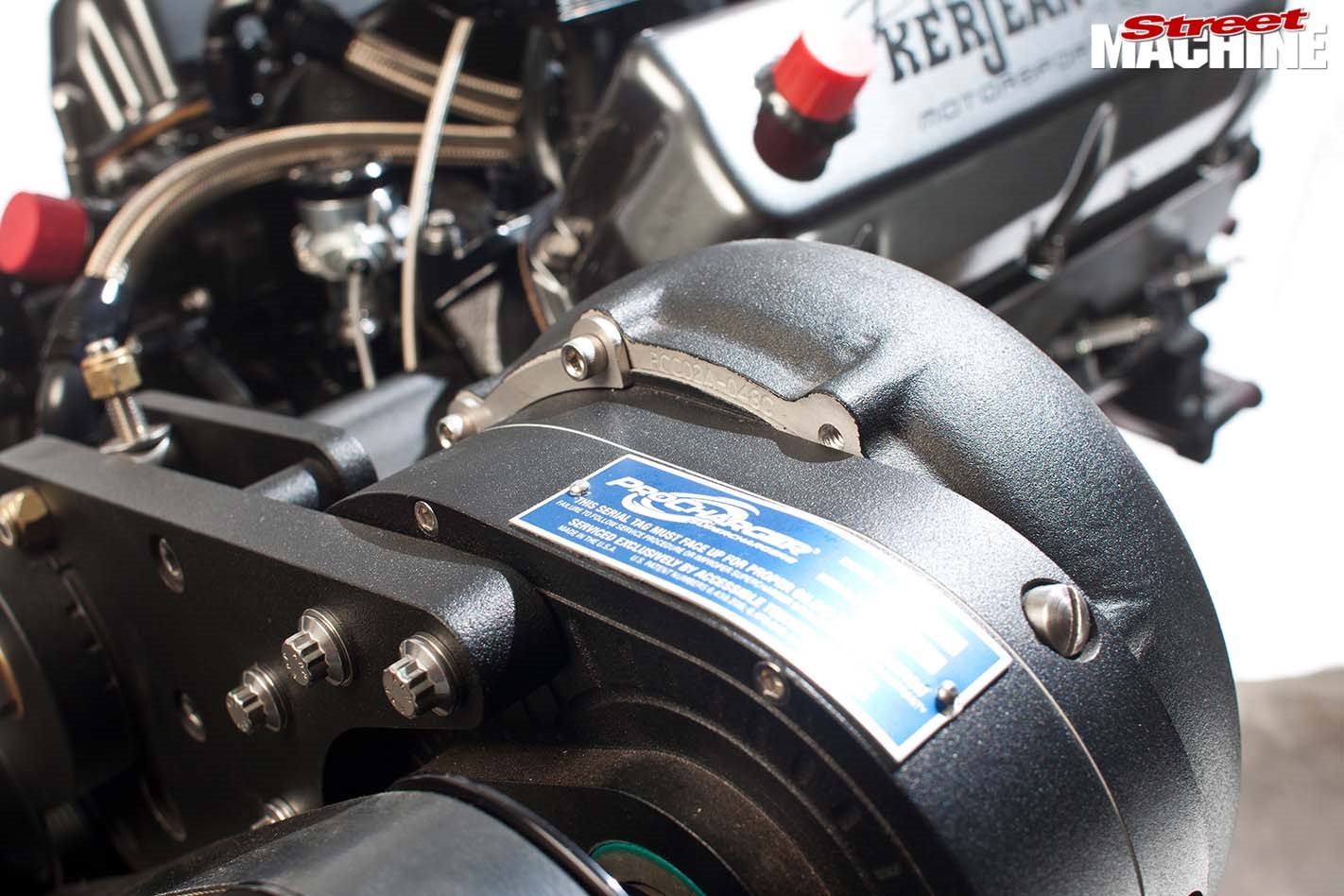 A ProCharger P1X centrifugal blower was purchased as part of a kit to suit a 2005 Mustang, as it seemed to be the package that would go close to fitting the small coupe. However, most of the kit was tossed in favour of custom-made parts.

“Matt had the engine built a while back, and his car has been in and out of a few shops before he brought it to me to finish off,” says burnout legend Phil Kerjean. “I’ve done all the piping, changed the intake manifold and top-end of the motor, plumbed the engine and set it up for the Haltech.” 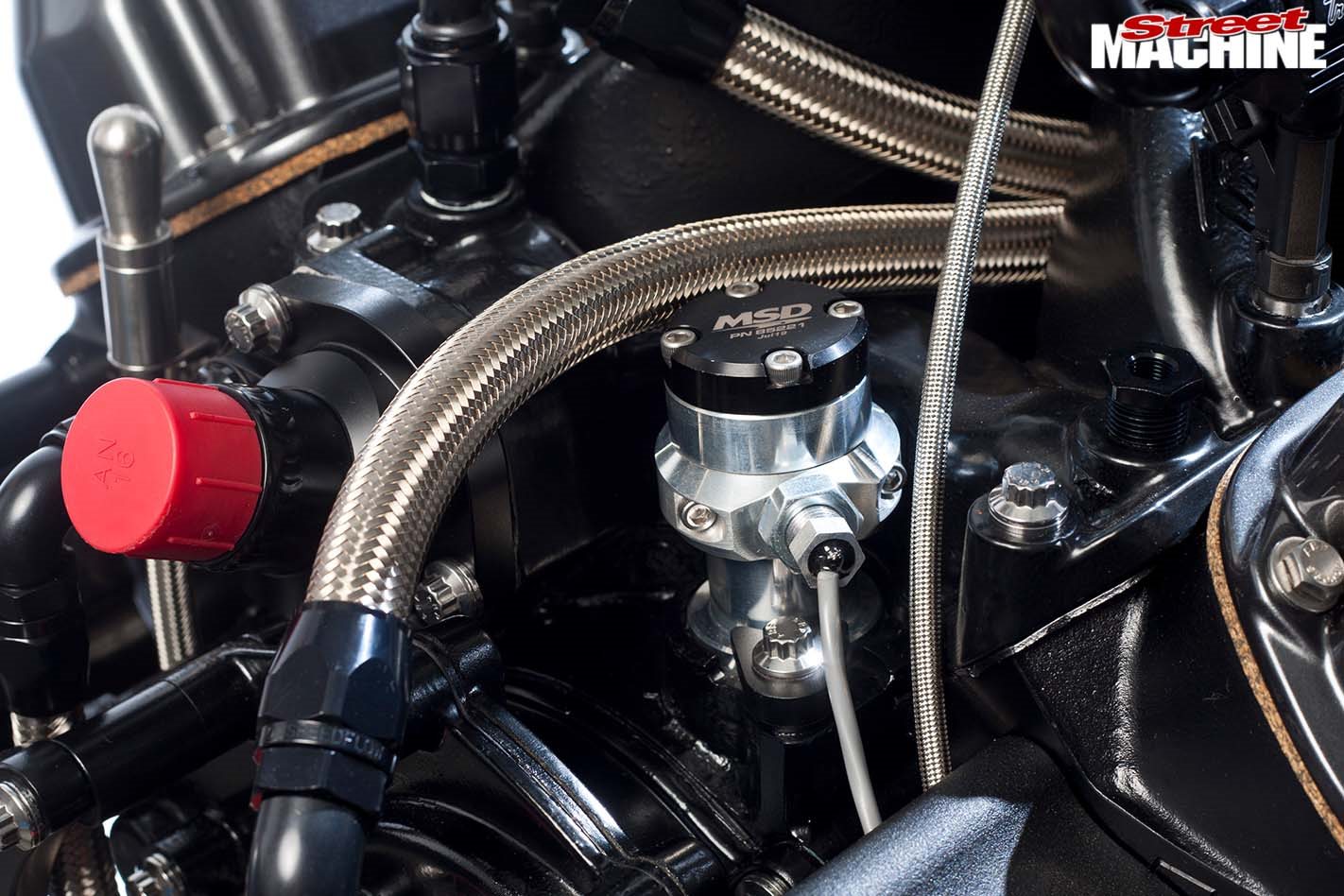 That Haltech is a full Elite 2500 suite, including IC-7 dash, which means Matt can include a flex-fuel sensor at a later date if he wants to push for more power using E85. 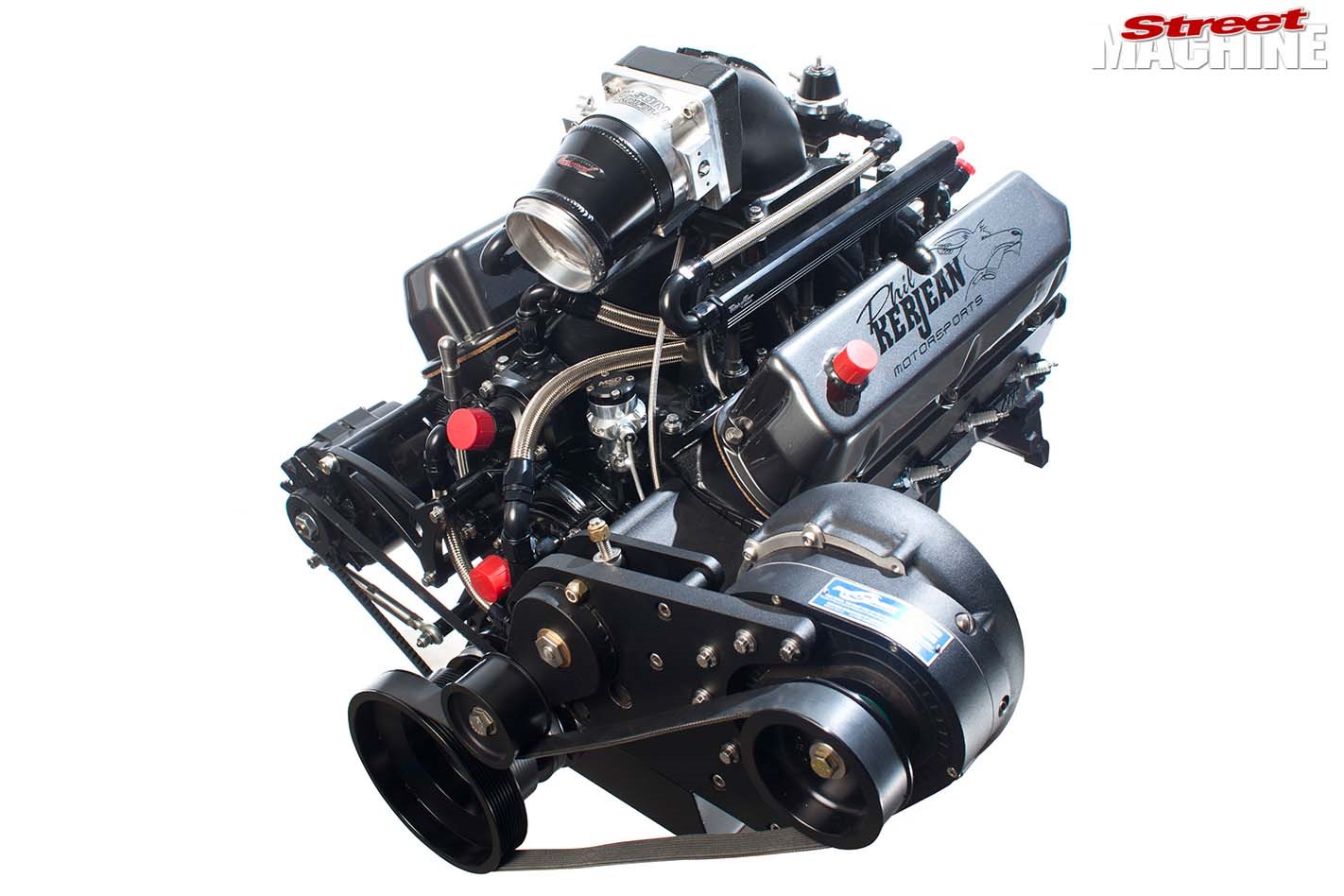 “Matt has been talking about aiming for 1000hp on pump fuel, which would be nice to see, but it is 100 per cent a street car,” says Phil. “It runs an air-to-air intercooler, because you don’t want to be mucking around with ice boxes and the like, and while the ProCharger can make huge power, it has to run on the street, so we don’t need to push it too hard.”