It's the final episode of the Sidchrome Mustang build, check out the finished product

IT’S the finale of the Sidchrome ’69 Mach 1 Mustang build! We started out with a typically ratty barn find special that had come straight out of a shed in San Francisco and onto a boat bound for Australia, where it would be transformed into a tough pro touring-style streeter.

For this job, Sidchrome enlisted the help of Supercars race outfit, Team 18. They assigned two fulltime mechanics to the car to ensure the build was completed within the designated timeframe, and they absolutely nailed it. 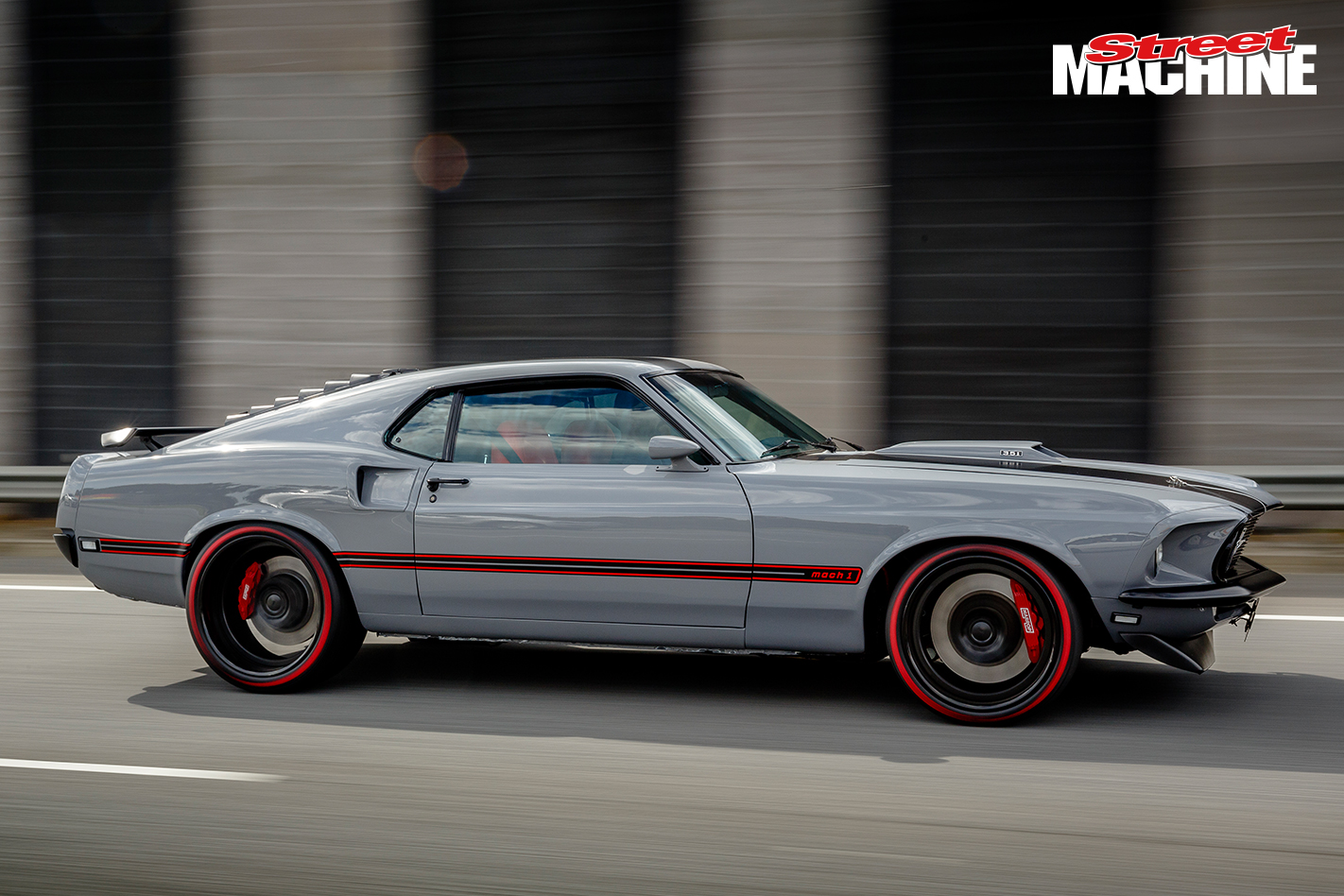 In the last episode you would have seen the car go to paint, where the PPG Nardo Grey duco was applied to the Mustang’s now rust-free body by the guys at JRT Truck Refinishers. We also saw Charlie Saliba rebuild the car’s original 351 Windsor donk, which is now pumping out a healthy 400hp.

For this episode, all that’s left to do is put it all back together at Team 18’s HQ. That includes fitting up the new rear end, the trick RRS suspension components and the monster Harrop brakes, all of which will make this thing stop and steer miles better than ever before. Team 18 also fitted up the stunning red and black interior which was re-trimmed by Australian VW Performance. 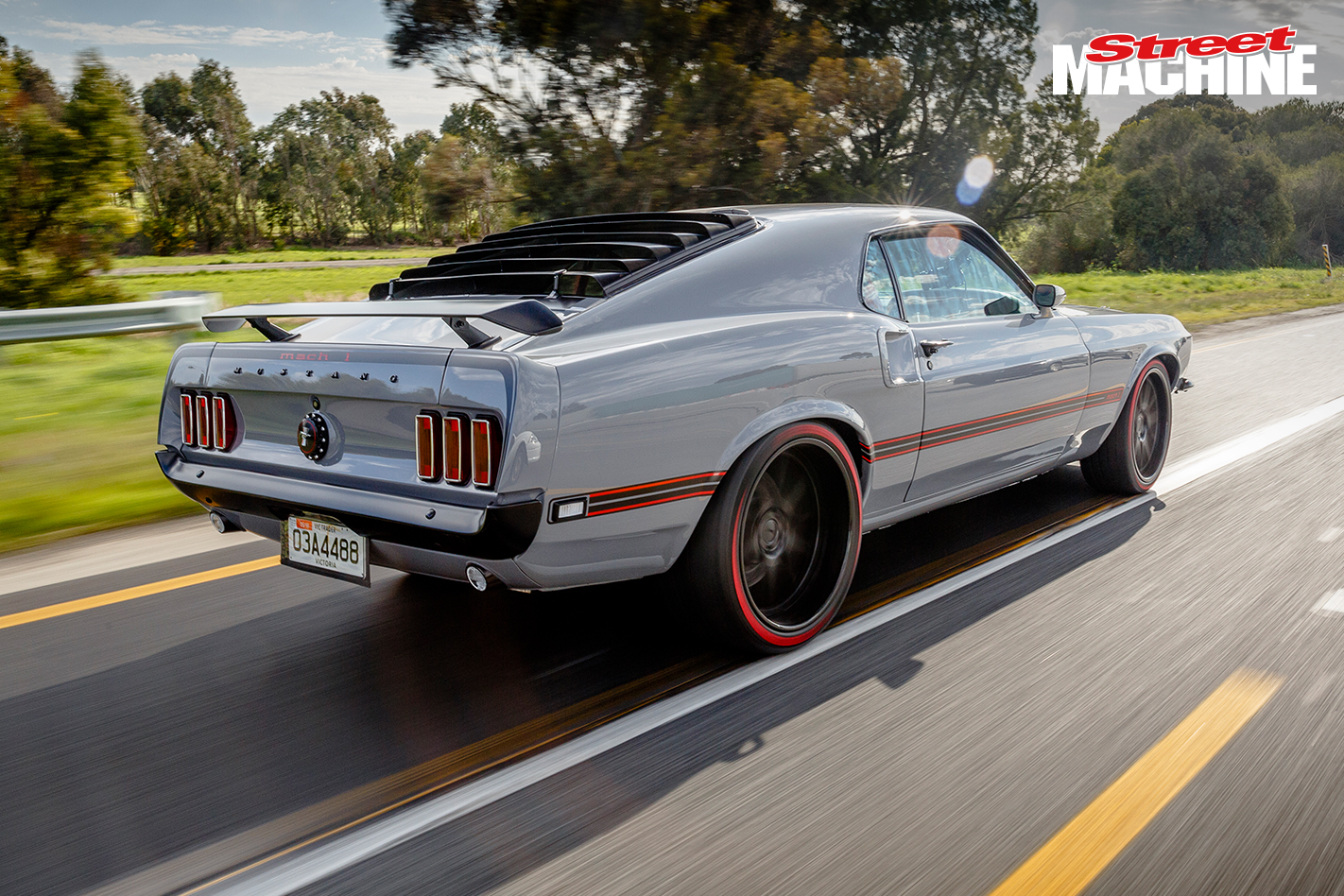 From there it was time to unveil the car to the public for the very first time at the Sandown 500 Supercars event. The crowd was genuinely blown away by how cool this thing looks; the grey paint is something a bit different and with those fat wheels and killer stance, this Mustang just looks mean! 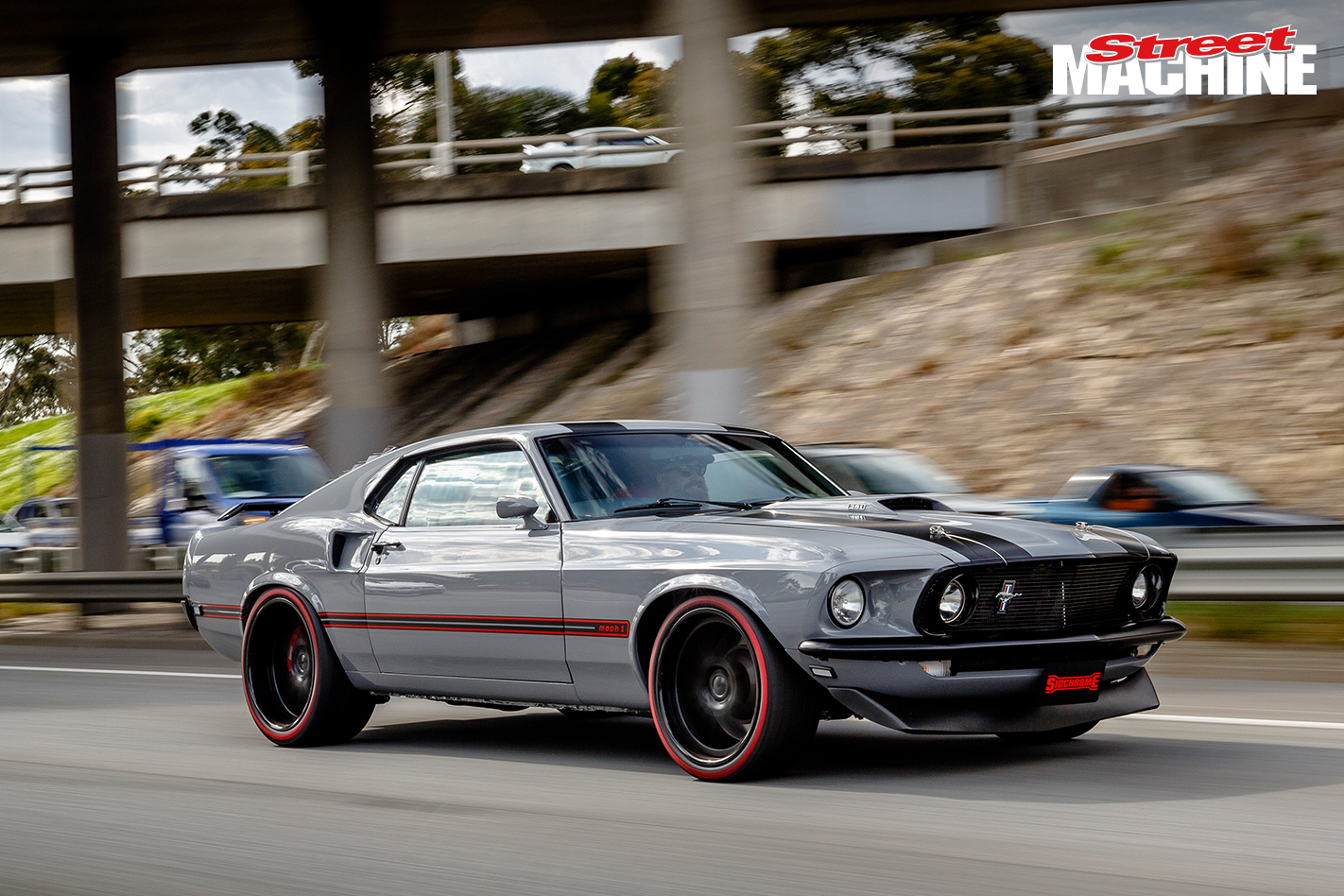 With unveil duties complete, Street Machine editor Telfo took her for a spin and was grinning from ear to ear the whole time. With everything brand spanking new and the RRS pro touring-style suspension underneath, it drives like a dream and whoever wins this car is going to have a lot of fun with it.

Entries for the draw are still open for a couple of months. All you have to do to go into the draw to win this awesome Mustang is purchase a Sidchrome product and jump onto the Sidchrome website to register your entry.