SO, HOLDEN’S marketing director Mark Harland has left the building, with immediate effect. I can’t say I blame him; you know what they say about sinking ships.

Harland departs after barely a year in the job, having inherited a promotional nightmare. Just whose idea was it to slap the Commodore name on the Opel Insignia? It reeks of committee-room conduct and shows a marked misunderstanding of not only the Holden brand, but also its loyal fanbase, along with a rabid overestimation of the name’s appeal to non-traditional customers. 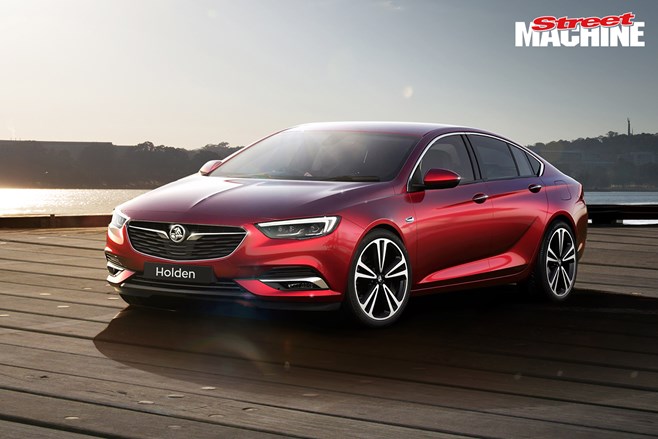 Despite the marketing department’s constant suggestions for us to ‘Go There’, Holden enthusiasts haven’t exactly warmed to the car, while buyers looking for a capable medium-sizer aren’t queuing up for a German-built Commodore either.

As a result, Holden has suffered an unprecedented sales slide, with the first quarter of 2018 some 23 per cent down on the same period last year. Even then, January’s numbers were bolstered by reserves of the outgoing Aussie-built VF along with an inflated number of dealer registrations, purported to be as high as 40 per cent of the regos recorded.

Following the Harland announcement, one social media flare-up suggests that while people aren’t buying Holdens this year, they weren’t last year either. Not so; Holden sold 23,676 Commodores in 2017, a good number for the niche car they inadvertently became, catering mainly to V8-loving sports sedan enthusiasts like ourselves. 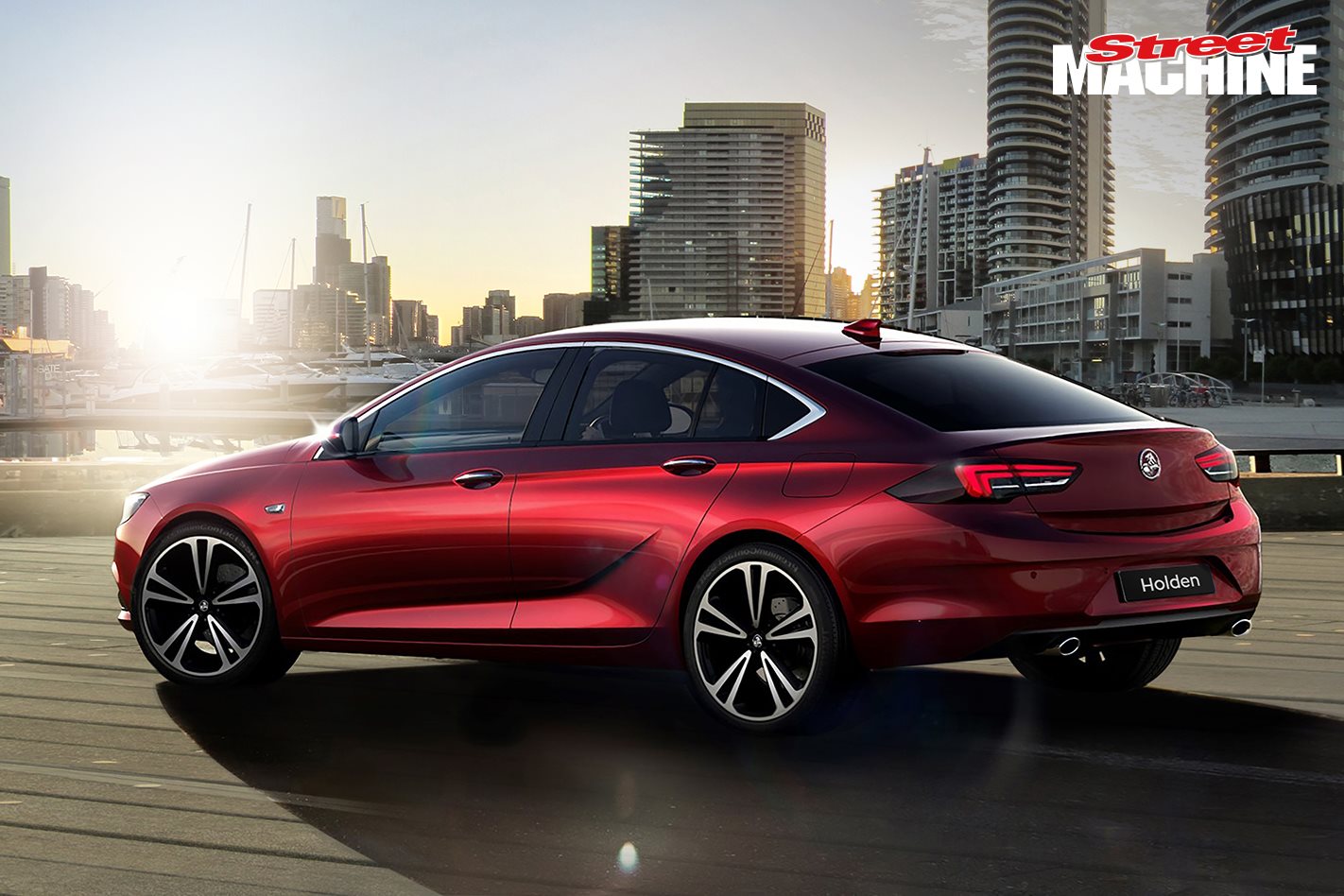 The Commodore finished eighth in 2017, above market favourites such as the Camry, RAV4 and Golf, but well below the top two sellers, the HiLux and the Ranger (see a pattern there?), and a stack behind the Toyota Corolla.

Blaming Holden’s inability to shift with buying trends doesn’t gel; it was never going to fairly compete with Thai-built HiLuxes and Rangers, because people here need to earn dollars per hour, not cents. Money issues similarly plague any idea of mounting an assault against the volume-selling Corolla; building a competitor just isn’t viable when small cars cost almost as much to develop as big cars, while still needing to retail on the cheaper side. 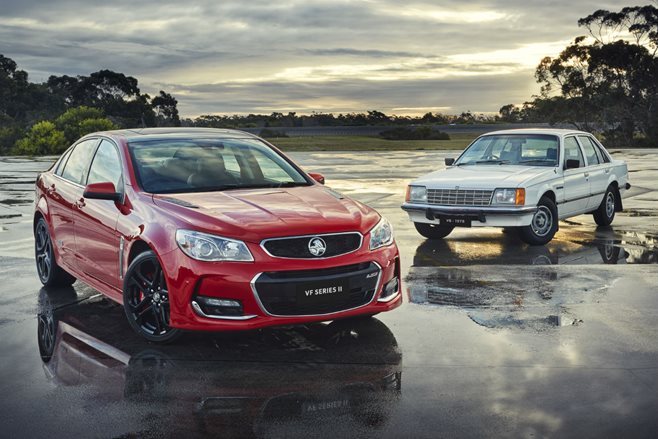 Furthermore, small-car buyers aren’t interested in Holdens, because the public’s perception of the brand these days is that it represents bluff, unsophisticated engineering – at best, an Australiana that this very country is no longer proud of. You only have to look at current Astra sales to support the theory; arguably a good-looking FWD commuter hatch, it gets slayed month after month in the sales race, largely because of the name on the back.

Returning to the Commodore, would buyers be more interested if the ZB was named Insignia? Or literally anything else? I’m not talking about buyers like you and me, who are keen on space, horsepower and the premature deaths of our rear tyres. I mean those weird people who just buy cars to drive around. I suspect they’d be somewhat more interested in an Insignia than a Commodore, but overall, probably not; such people buy Mazda 6s and C-Class Mercedes-Benzes, not Holdens. 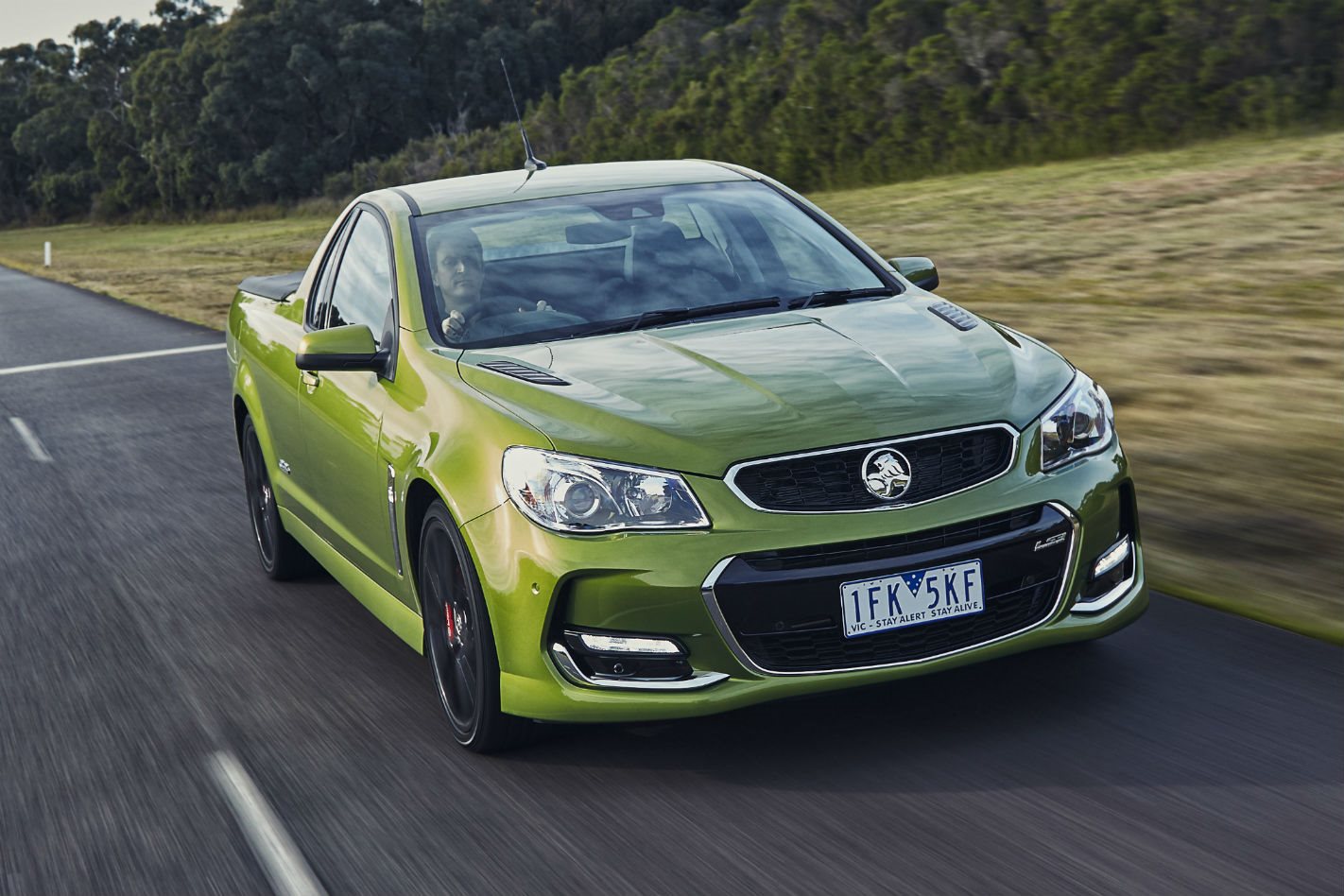 It’s a pity Holden didn’t look to maximise the potential of  the narrow sales nook it accidentally fell into; building 10,000 V8 Commodores apiece for the USA, the Middle East and South Africa may have meant that 20,000 cars locally was sustainable – if the local industry had received better protection, of course.

Think about it: Mazda sell a lot less MX-5s locally and only average around 37,000 per year worldwide. Likewise, the Toyota 86 sold around 17,000 units in Australia during its first four years on the market. Both fun cars with plenty of character, and both niche players in a global market. Both managed to turn a coin, despite being built in places where workers earn actual money. 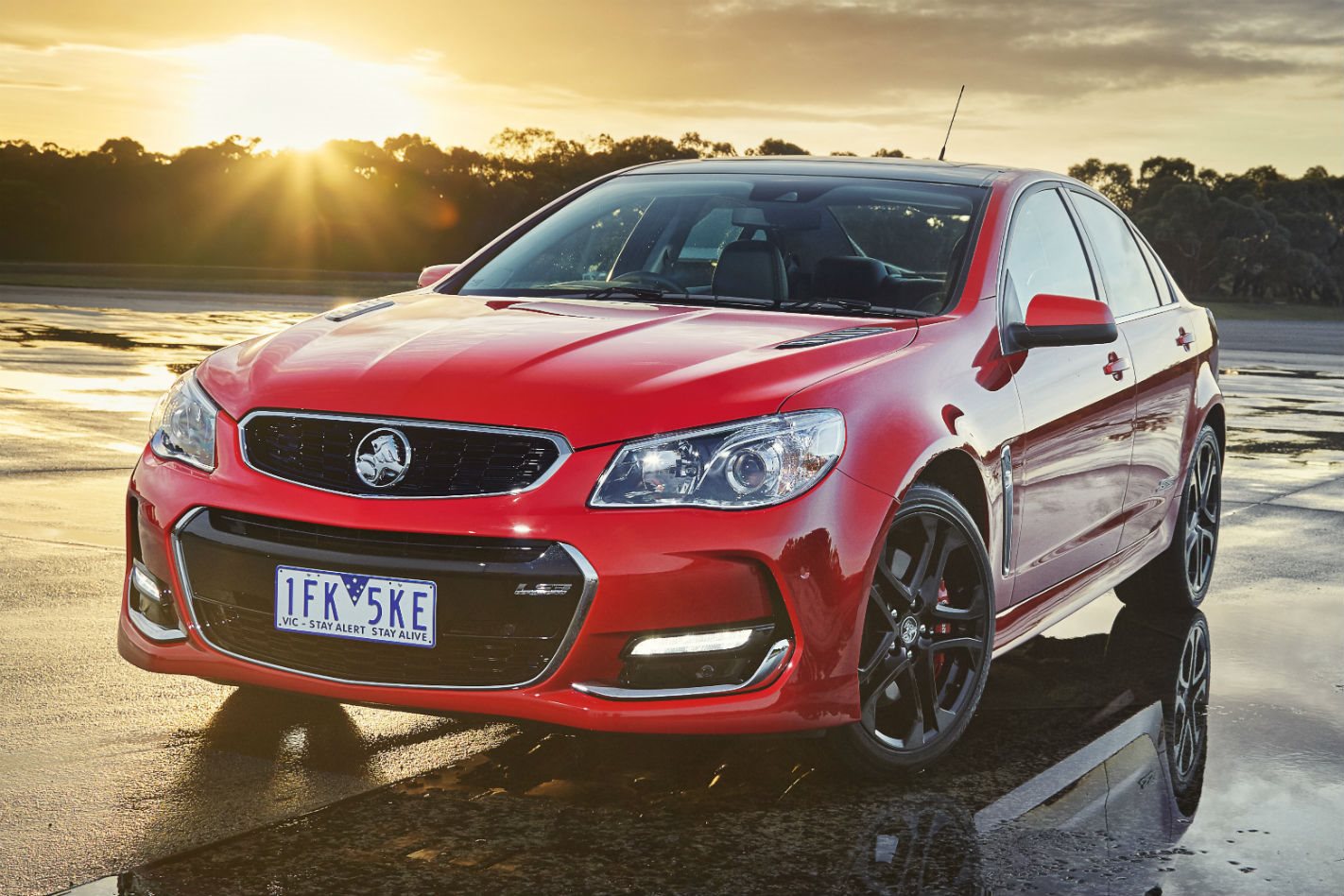 But with 2017 sales of 23,676 for Holden’s lamented local Commodore – many of them V8-powered – GM still threw the axe down. Okay, so the days of 100,000+ fleet sales are long gone, but that’s the same for all the models offered in our fragmented market, Holden or otherwise. Perhaps Holden’s heavy infrastructure investment meant such low volumes weren’t viable; the Elizabeth and Port Melbourne facilities were designed for big numbers, not fringe-dwellers. 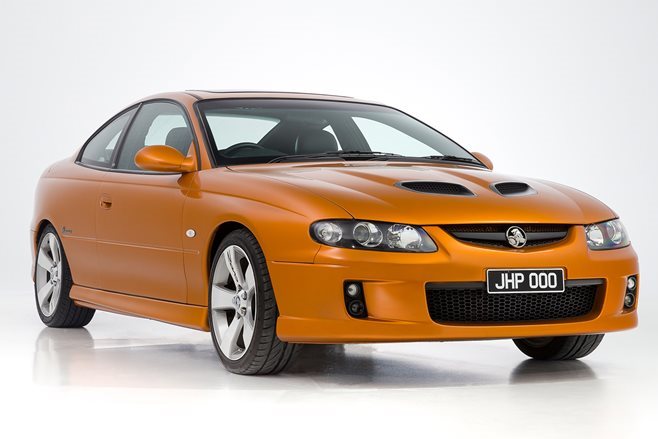 Whatever the case, you reap what you sow, GM. Read these numbers and weep at what might have been: the first three months of 2018 saw Holden shift just 15,524 units across all models; that’s Trailblazers, Colorados, Traxes, Astras and Commodores including both leftover locals and incoming Germans. Last year’s apparently abysmal sales figures are now a pleasant memory, as the once-proud brand sits 22 per cent down on that period.

Mark my words; the mighty Lion is dead; surely even the most ardent, diehard enthusiasts – and I count myself among their number – can see this. 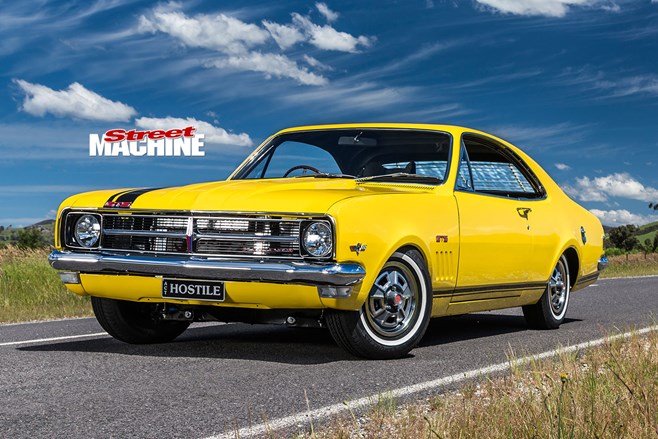 So here’s the scoop for incoming marketing director Kristian Aquilina: Let it die. With as much dignity as can be scavenged. On 29 November 2018, it will be 70 years since Holden unveiled the 48-215. So do not celebrate this with a series of shallow sticker-pack special editions across a bunch of unloved imports. Announce that the brand will close on this day and shut it down. The damage is already done, so let it cease on the precise day of the 70th anniversary, bringing Holden’s proud history to a neat close before any further erosion occurs. The cars we love – the Kingswoods, Monaros, Commodores and Toranas – will still be there; let’s not sully their memory. 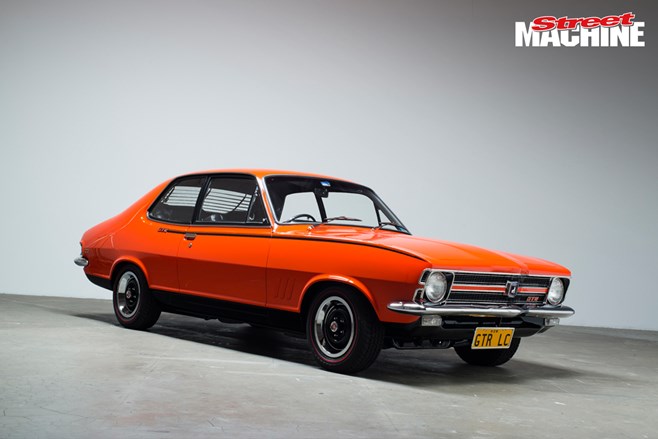 Some may reproach this. What about local jobs? What about the remaining dealers? Relax; these are as safe as they are now, although read into that what you will. A total GM rebranding will certainly keep the marketing department busy, and there’s no reason why Holden’s design and engineering departments can’t continue to function at Fishermans Bend and Lang Lang under the auspices of General Motors rather than Holden. 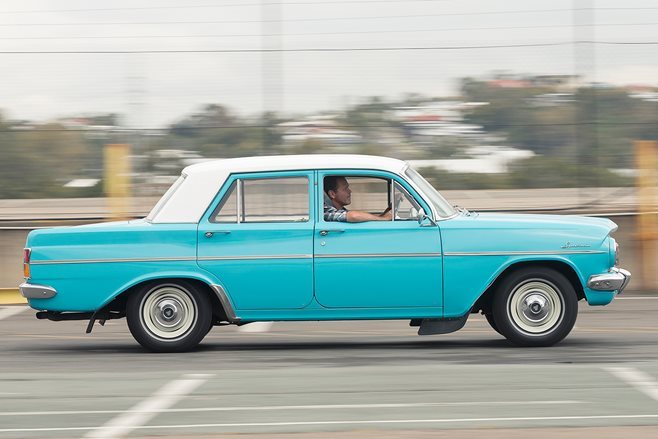 On the ground, rebrand existing dealerships as General Motors and sell GM products wearing the badges their respective makers intended – Chevrolet for the Barina (Aveo), Colorado, Spark, Trax and Trailblazer, alongside Opel for the Astra and Insignia. Some may cite failure of the Opel brand, which was released with half-hearted enthusiasm in September 2012 and shut down less than a year later, as a reason not to market the marque here, but history isn’t doomed to repeat if handled properly. 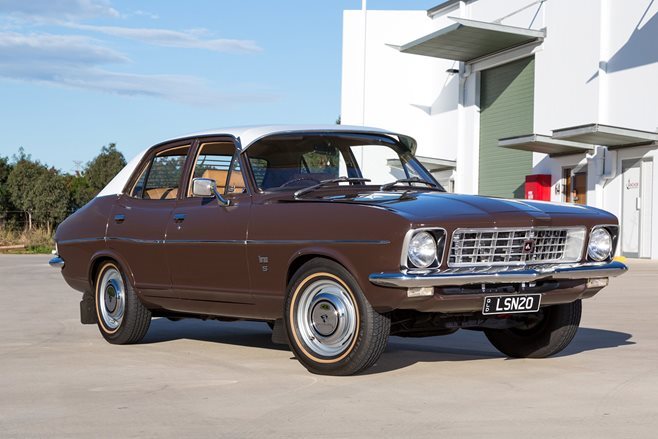 Blanket GM branding would more easily allow ingress of hero cars onto our market. The Camaro and Corvette have been withheld from our shores for a variety of reasons over the years, one being that Chevrolet had no footprint here and another being that the Yanks would never allow either car to be branded as something else. Problem solved.

GMC trucks would find a home in GM combined dealerships, as would the Cadillac CT6, which sports a 4.2 litre twin-turbo V8 – surely never a bad thing. There’s plenty of GM fodder out there to fill the dealerships and keep locals working. With the current system, the Holden brand is merely a hindrance. 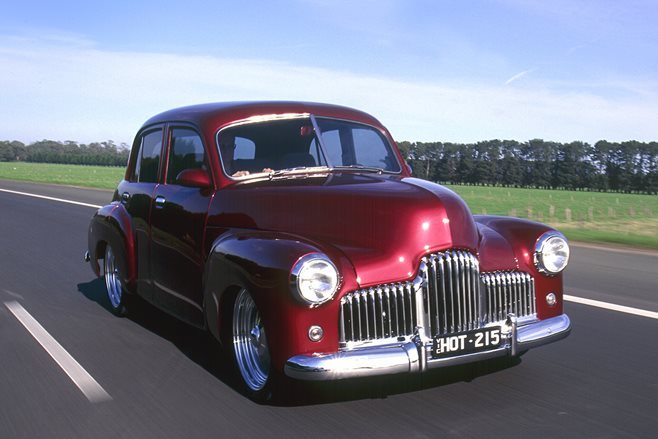 So I say shut it down; bring Holden full circle on 29 November 2018. Find a descendant of Ben Chifley and have them stand guard next to a parade of Aussie-built Holdens, from Kingswoods to Monaros to Commodores to Toranas. At the back of the line, stick a 1948 ‘rear-locker’ FX, and have them say, with pride and passion: “She was a beauty.” 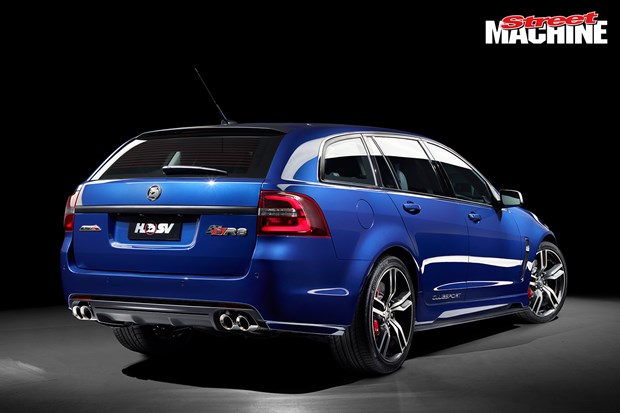