GLEN Scharper’s stunning VC Commodore HDT replica is an all-motor screamer that runs in the 10s. It has made 630hp on the engine dyno before, but Glen recently ripped out the 396-cube donk and gave it a spruce-up, upping the compression from 12.3:1 to 13.0:1 and adding a new Pro Paw manifold and bigger Crane cam and Crane Ultra Pro lifters. To make things even more interesting, she’s also about to get NOS! 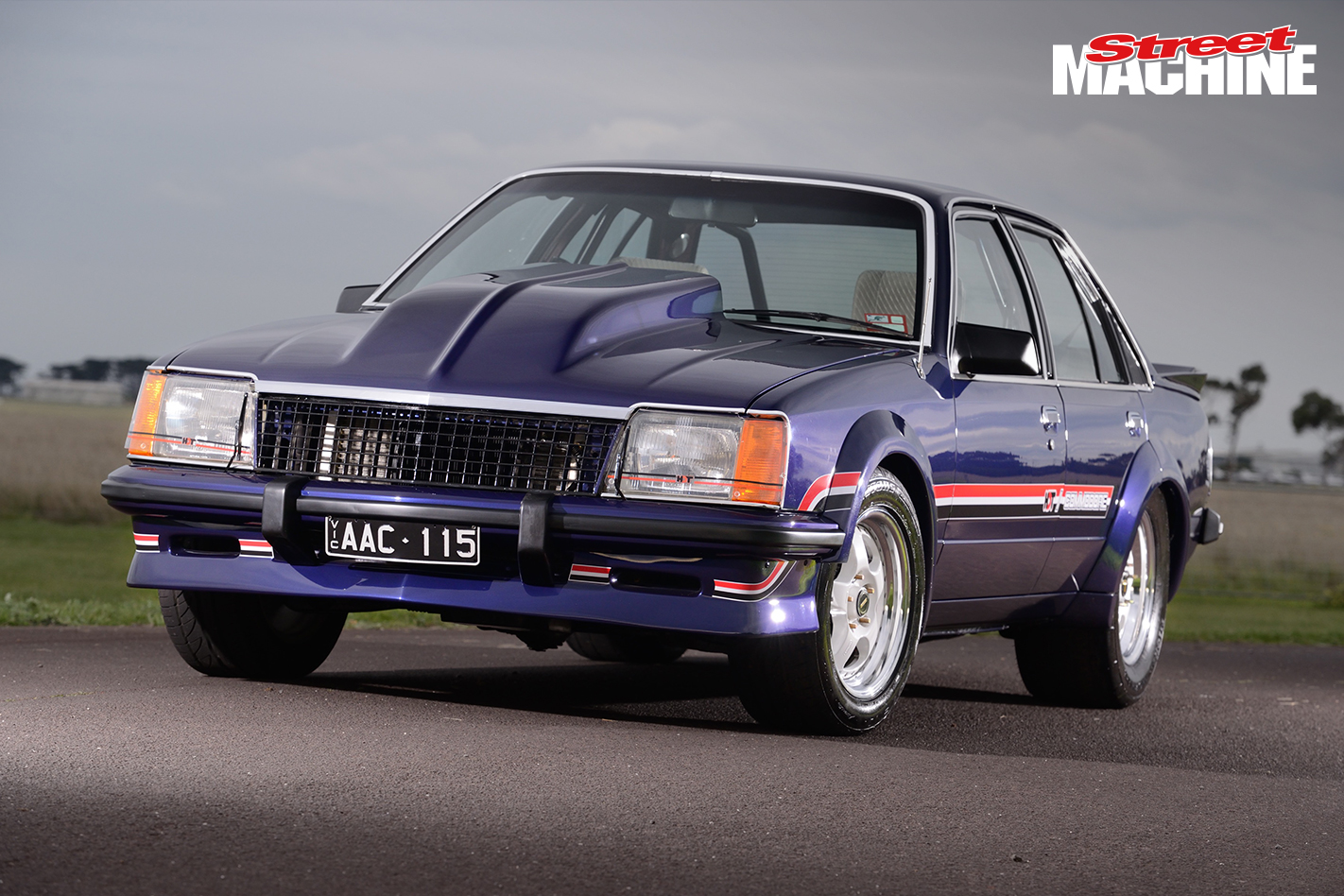 Glen has run best quarter of 10.7@126mph in his HDT replica and is expecting to go even quicker with the new engine mods

“HERE’s my 396ci VC HDT replica. The engine is a VS II roller block that is 30thou over and has been decked, grouted and O-ringed. Inside bits include a COME Racing nodular crank, Diamond forged flat-top pistons, H-beam rods and a Crane Cam and Crane Ultra Pro lifters. Heads are Higgins CNC-ported alloy Yella Terra –9s; comp has recently been bumped up to 13.0:1. The externals consist of a TP Pro Paw manifold, an E85 850cfm Holley Ultra HP carb, and I’ve changed the ignition to an MSD Power Grid in preparation for NOS. 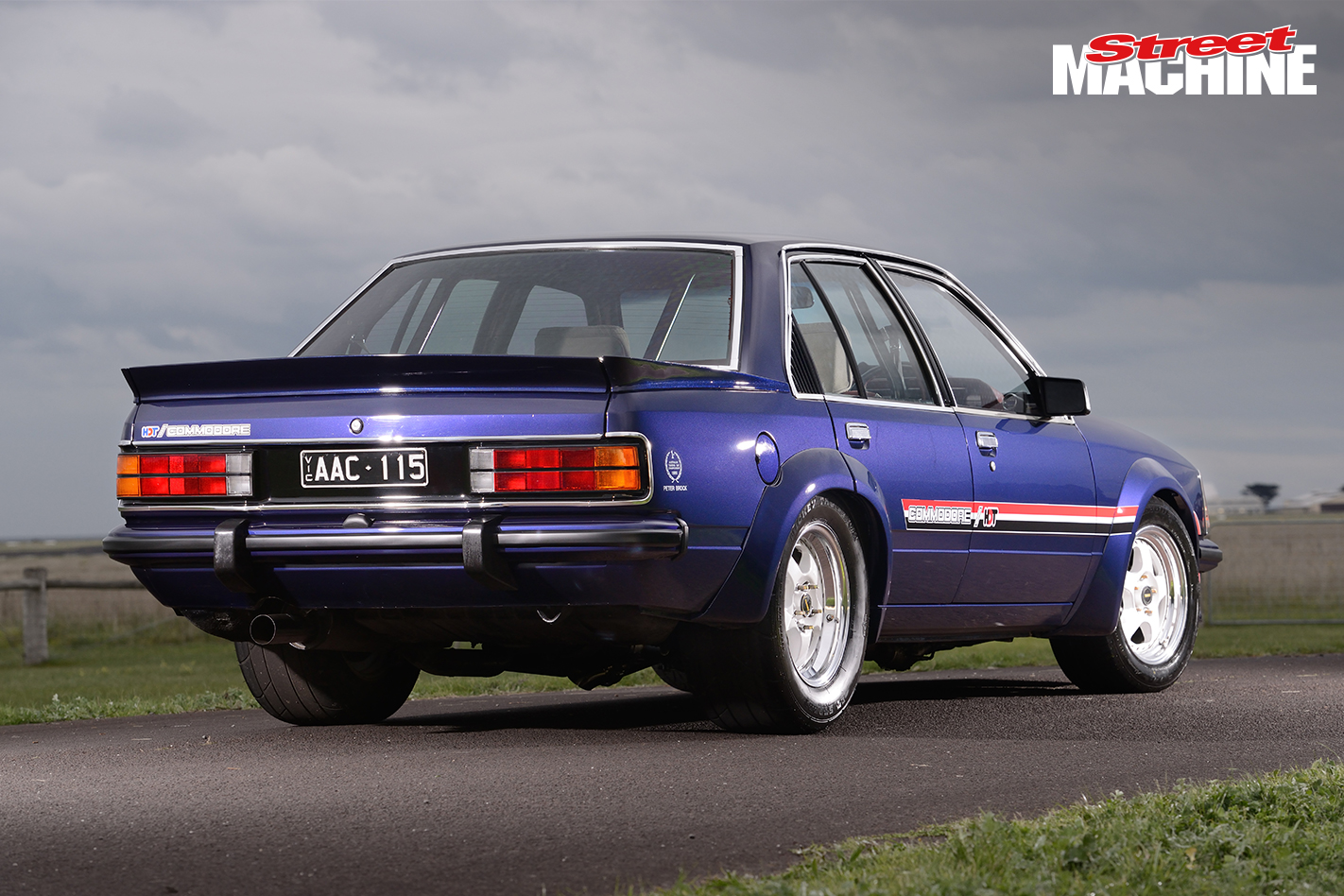 NOS is also on the cards, and the engine has been setup to take a Big Shot kit

“The car is set up for E85, with half-inch Teflon braided lines, a Holley Billet Dominator fuel pump, Aeromotive regulator and a long-range fuel tank. I’ve also put in a Moroso four-vane vac pump to clean up the breathing a bit. 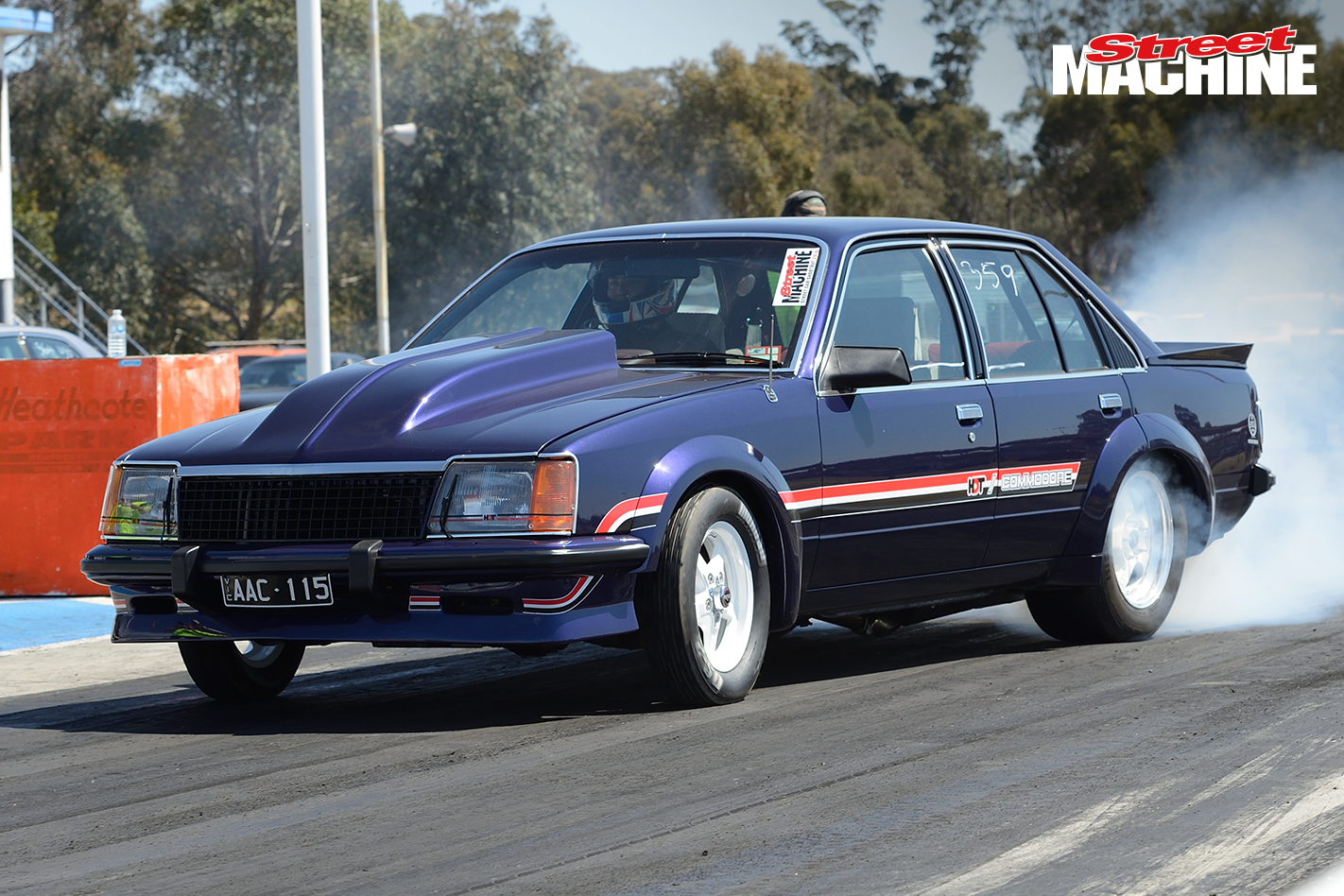 The suspension has been thoroughly reworked with coil-overs all round and a four-link setup in the rear. The chassis has also been strengthened and there's a bolt-in cage

“The exhaust consists of Pacemaker tri-Ys with 1.75in primaries and a twin three-inch system into a single 3.5-inch outlet. Trans is a Turbo 400 with a Dominator eight-inch 5200rpm converter, running to a shortened nine-inch featuring a worm-drive Altra 9 LSD with 31-spline axles. 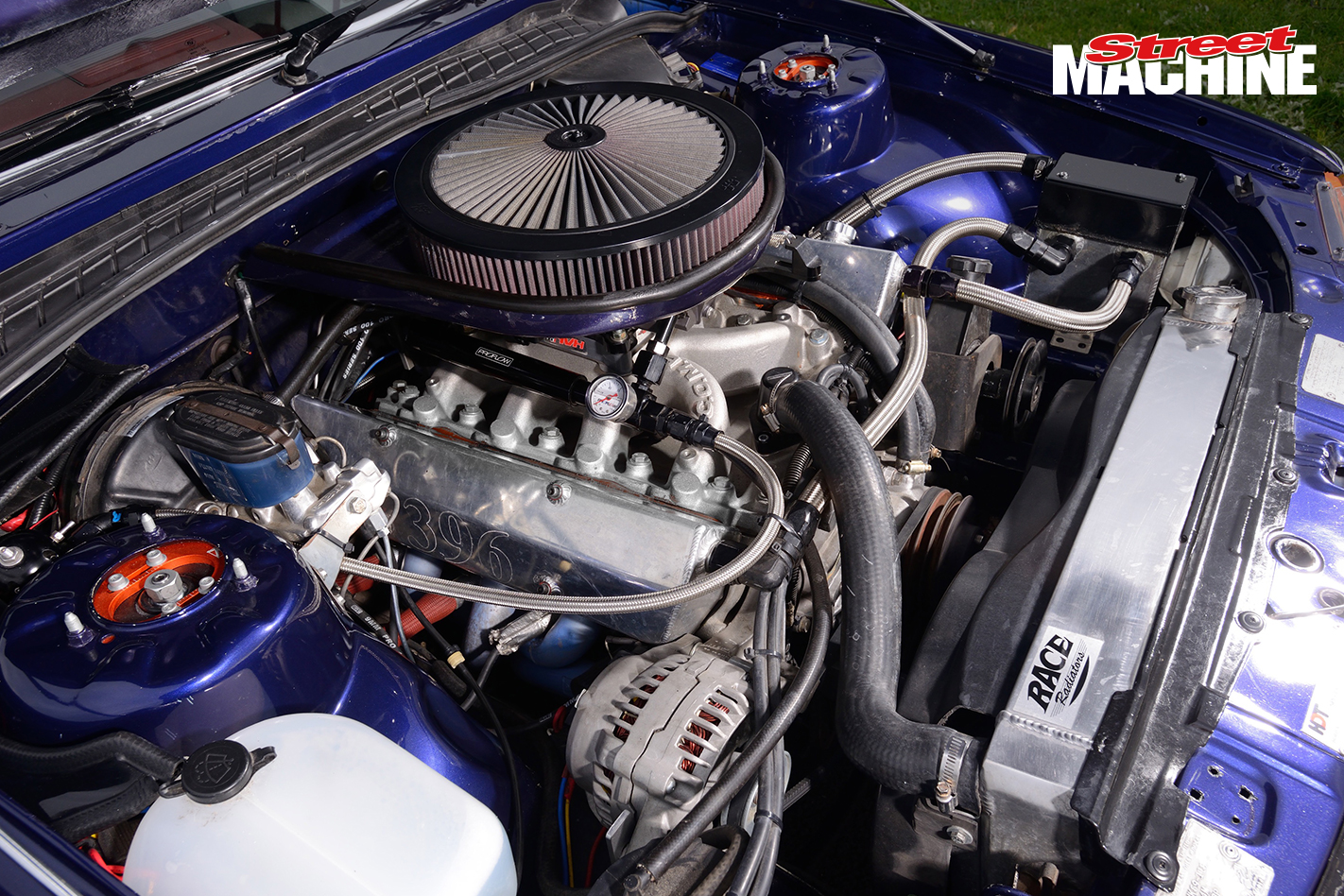 “The suspension is fairly modified too, with big brakes, coil-overs all ’round and a four-link rear. The car has been tubbed, the chassis has been strengthened and there is a bolt-in four-point ’cage, all of which has been engineered and mod-plated.

“It has so far run a best of 10.7@126mph, with more to come. I’ll soon be fitting a NOS Big Shot kit that was a birthday present from the wife. Can you believe it?” 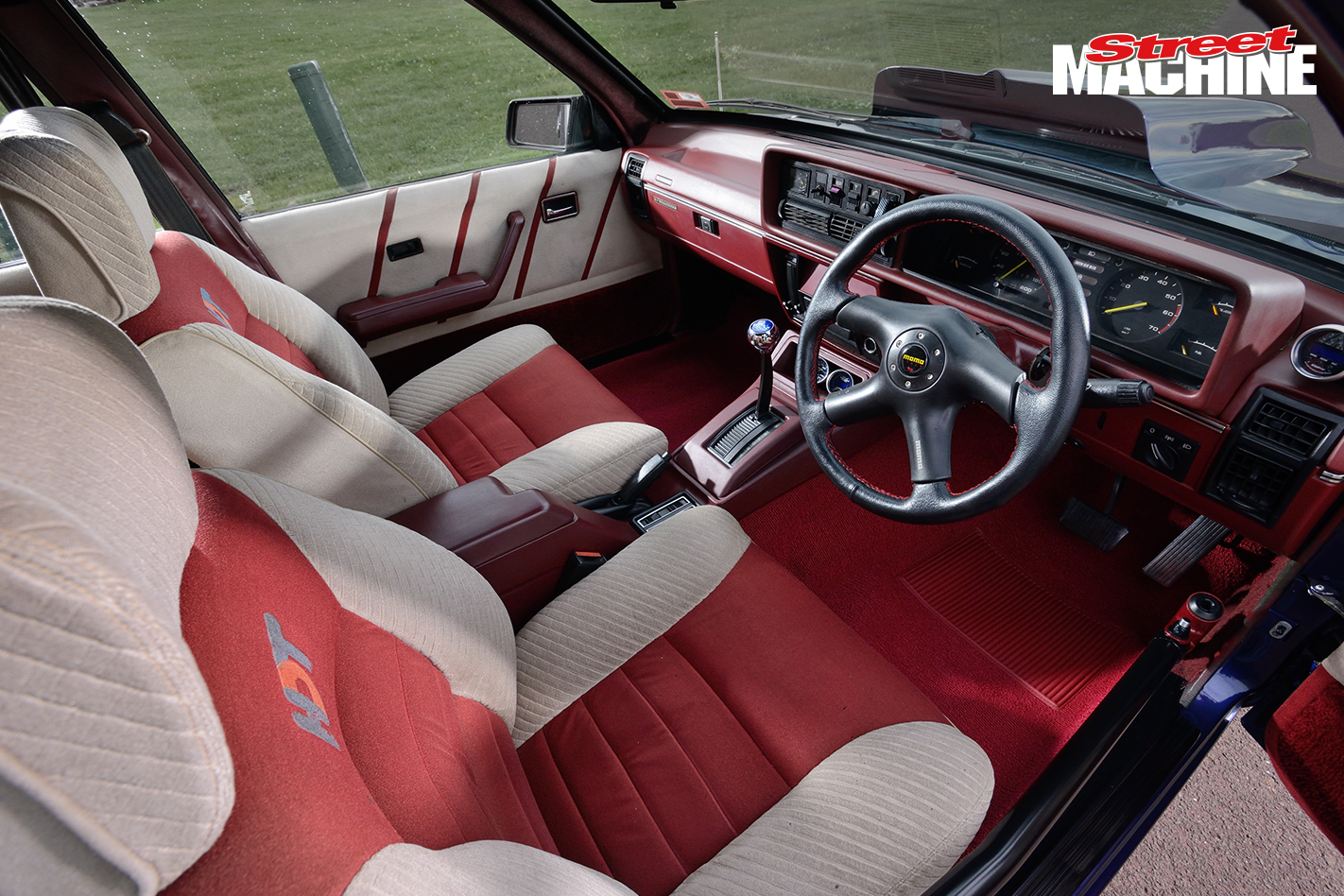 The interior is super tidy, even the additional gauges have been kept to a minimum

"I have to thank Chris Homewood. Chris helps me at the track, including getting me to Street Machine Shootout at Heathcote last year.”

Glen’s plan now is to get the motor back in the car, lay down some numbers on the quarter, then give it the bottle. 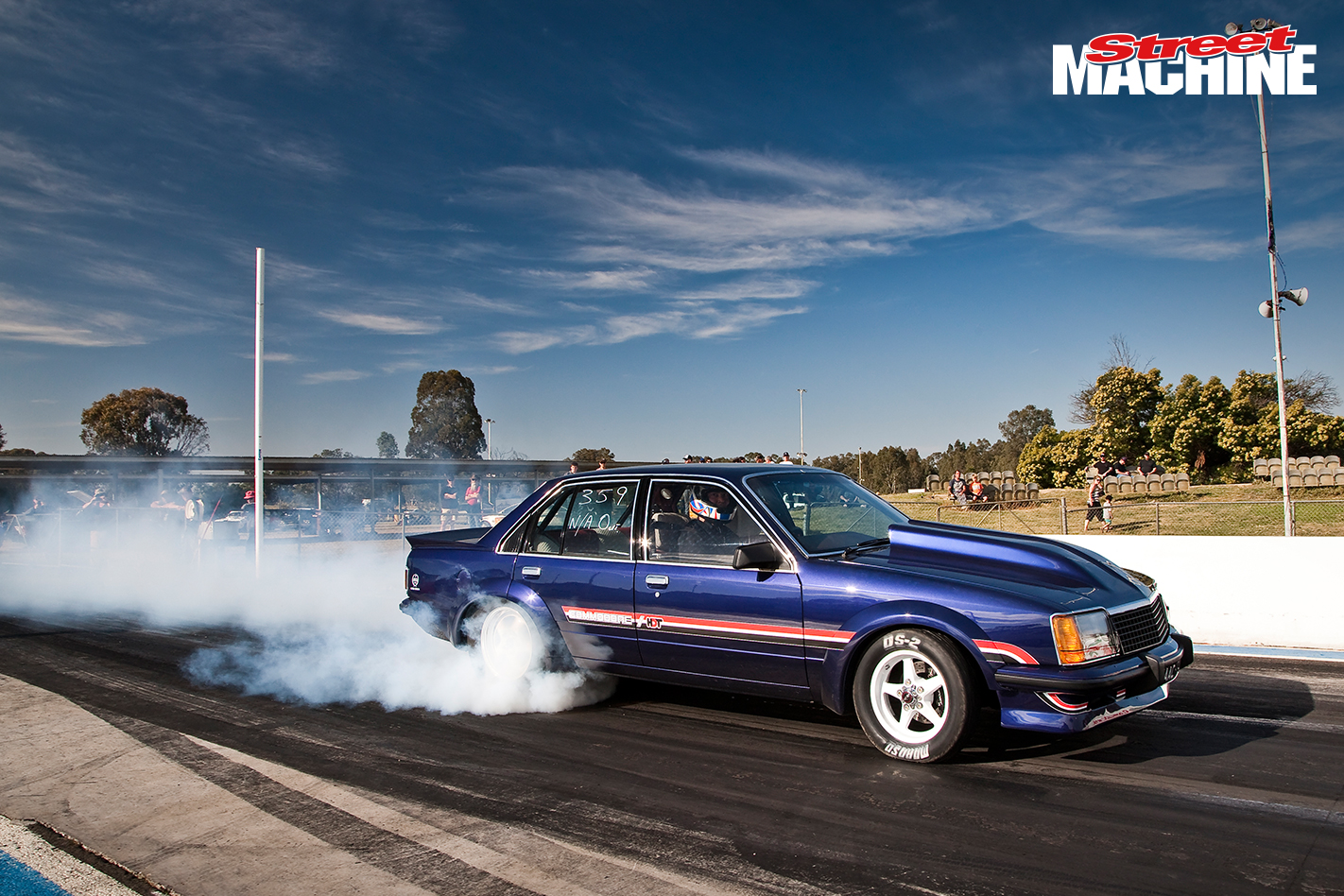 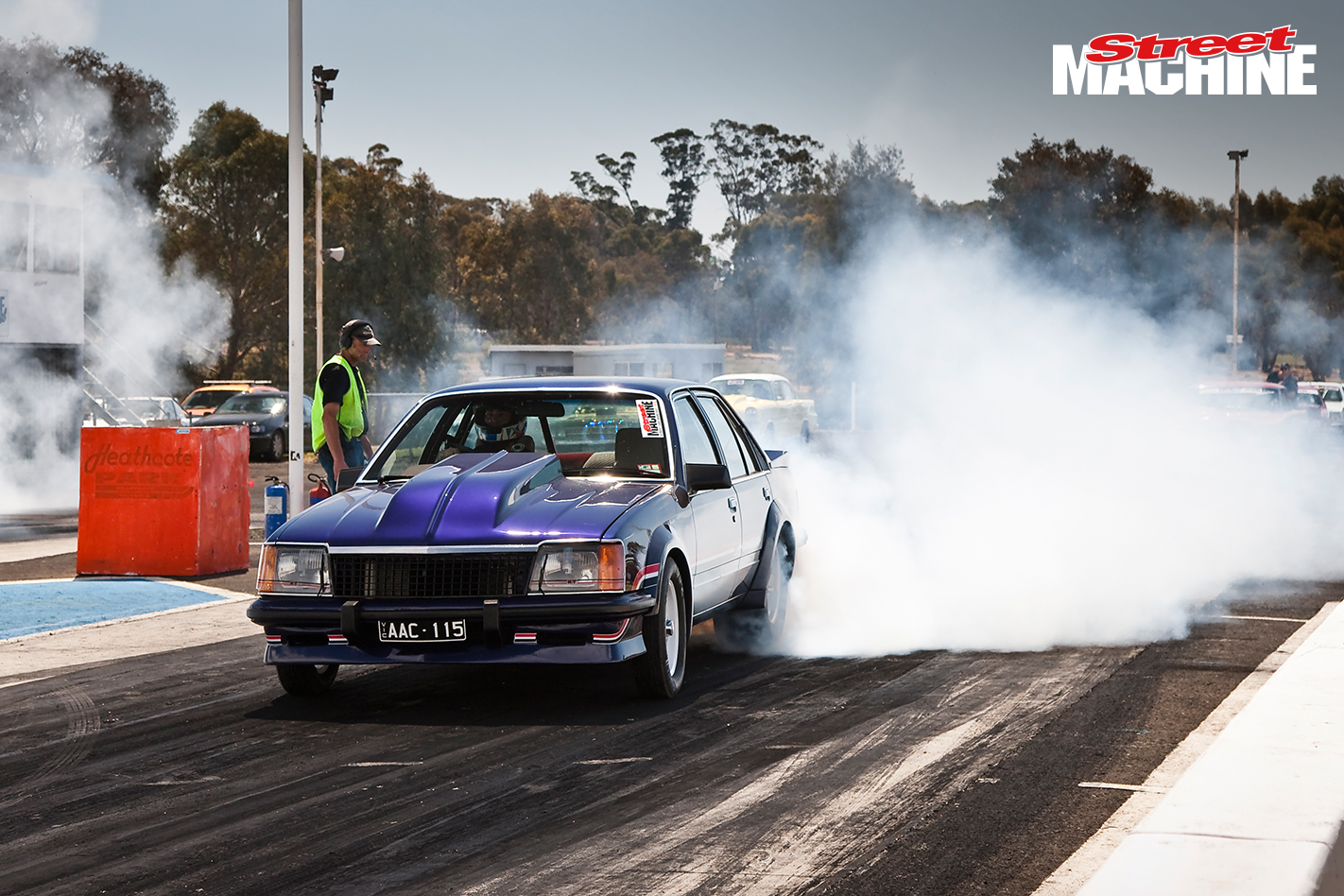